10 Annual World Festivals Worth The Trip 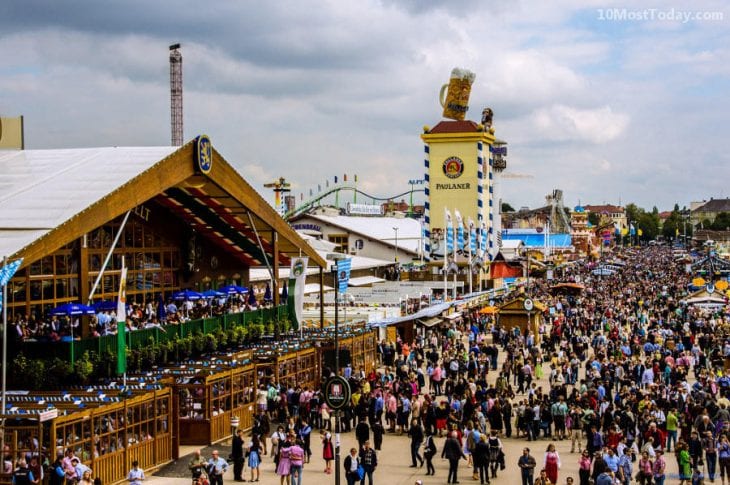 There are all kinds of annual festivals, from music festivals to culture and art carnivals, religious events and some festivals devoted purely to plain fun.
If you’re looking for more than just a great travel destination, and interested in attending a famous festival while you’re on holiday, you should consider this list of 10 annual festivals from all around the world.

The Rio Carnival is the largest and most famous carnival in the world. Every year it attracts countless tourists from all over the world, most of which travel especially for the carnival, and on every single day of the carnival there are about 2 million people celebrating out in the streets of the colorful city. The famous event dates back to the 18th century, and the main event of the carnival is the parade of the samba schools. The festival takes place before Lent every year, which means during February or March. 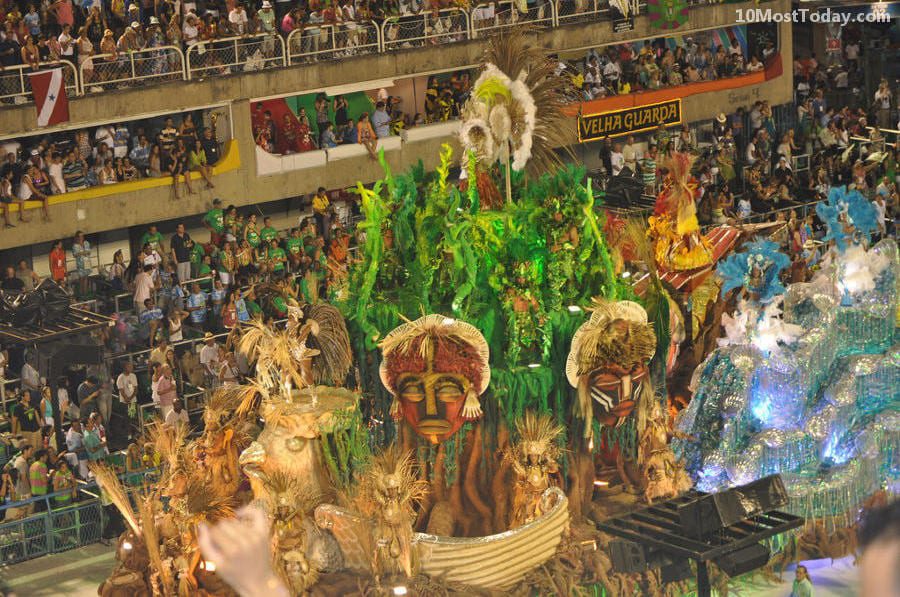 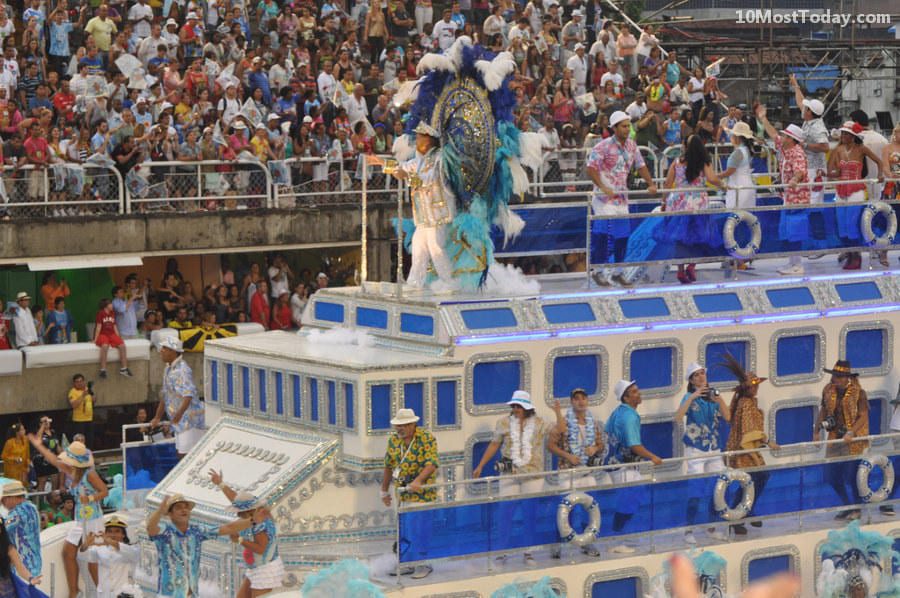 The tradition of the Carnival of Venice dates back to medieval times, as early as the 12th century. However, the festival was absent for a long time and only returned in 1979. The festival is famous for the unique Venetian masks used during the festival days. The festival takes place before Lent (during February or March) and many tourists travel to Venice just to participate in the famous event. There are many other attractions in Venice except the carnival, Click here for a list of Venice’s best attractions 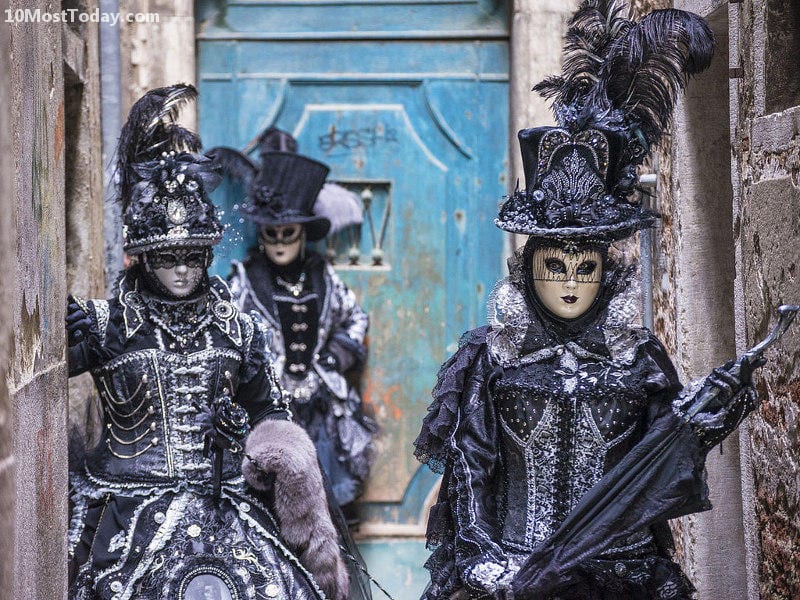 The week long annual event takes place in the middle of the desert, and begins on the last Monday in August, and ends on the first Monday in September. The festival began its way in 1986, and today it attracts tens of thousands of people every year from all across the United States and the world. The main event and the source for the festival name is the ritual of burning of a large wooden effigy, which grows in dimensions from year to year, and which takes place on Saturday evening. The event has no single purpose, but calls for participants to express themselves, and supports community, art, self-expression, self-reliance, communal effort and more. Gift giving between participants is also a key principal of the festival 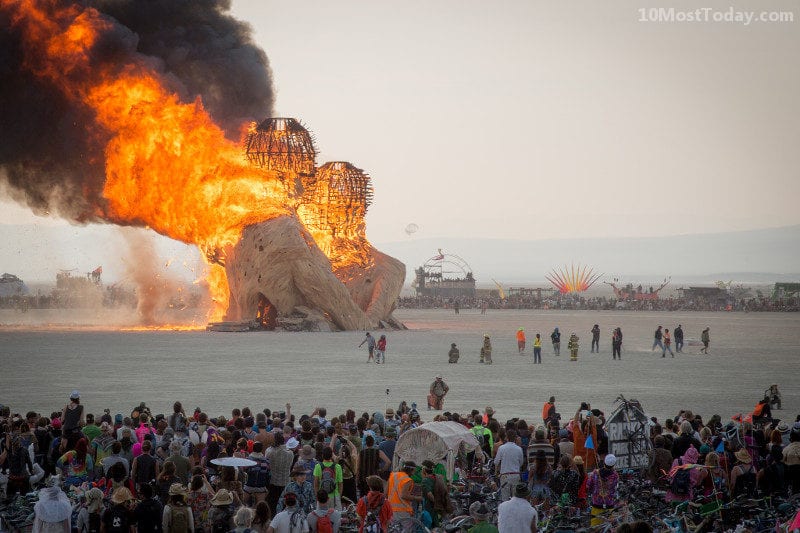 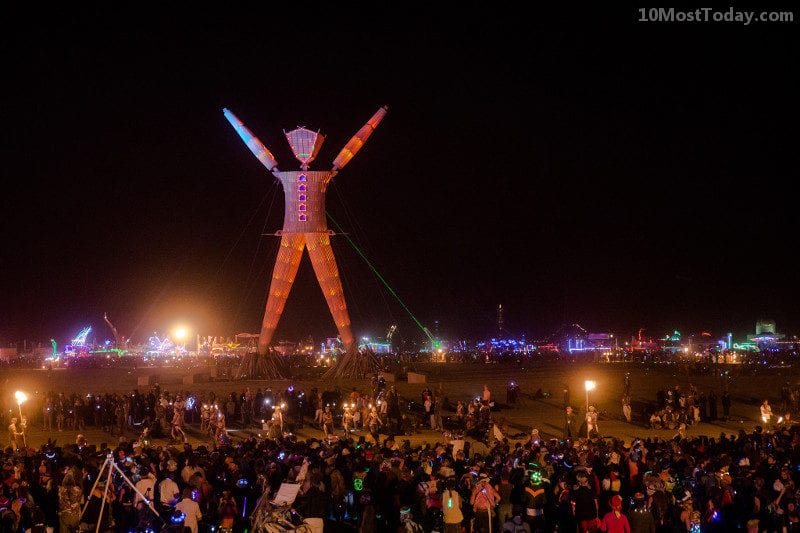 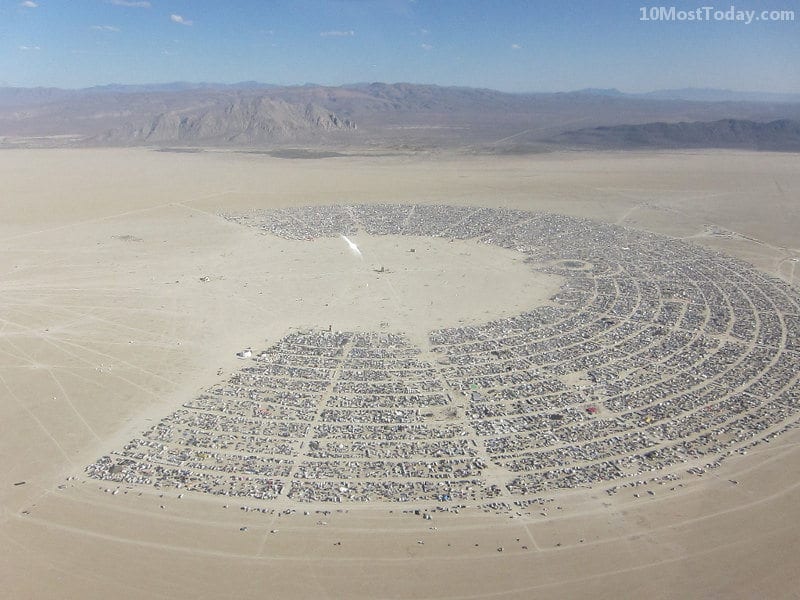 The Burning man camp from above (source: Kyle Harmon)

The largest funfair in the world spans for 16 days starting from late September every year. The world famous festival has been around since early 19th century, and it attracts millions of people from around the world. The festival is held in Theresienwiese in central Munich and is best known for the massive amount of beer that is served to the attendees. Millions of liters of beer are served, and they go along great with the German sausage Weisswurst and other local foods 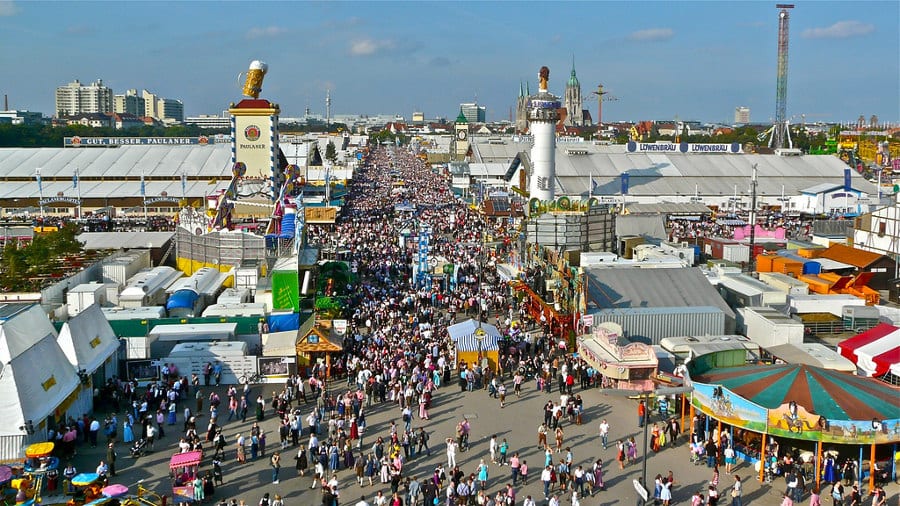 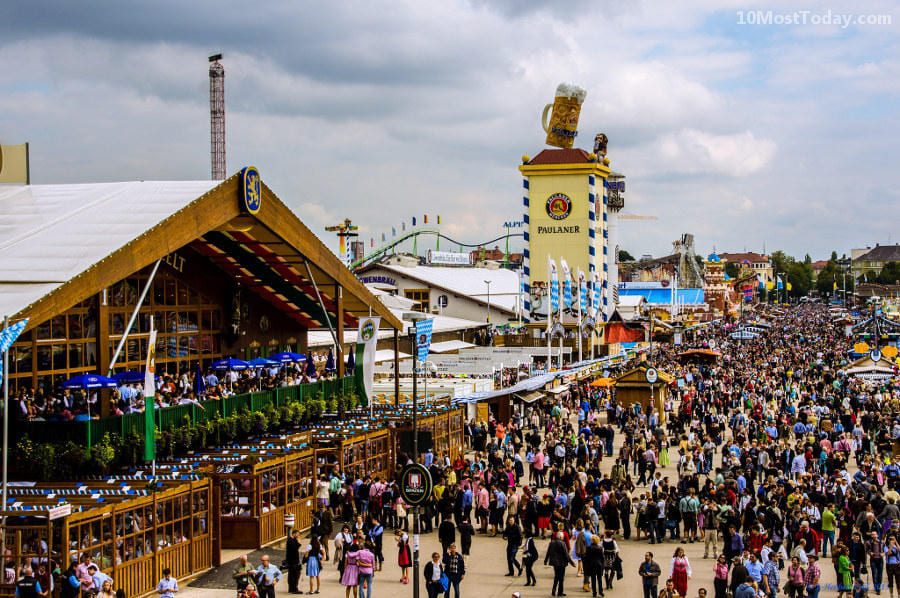 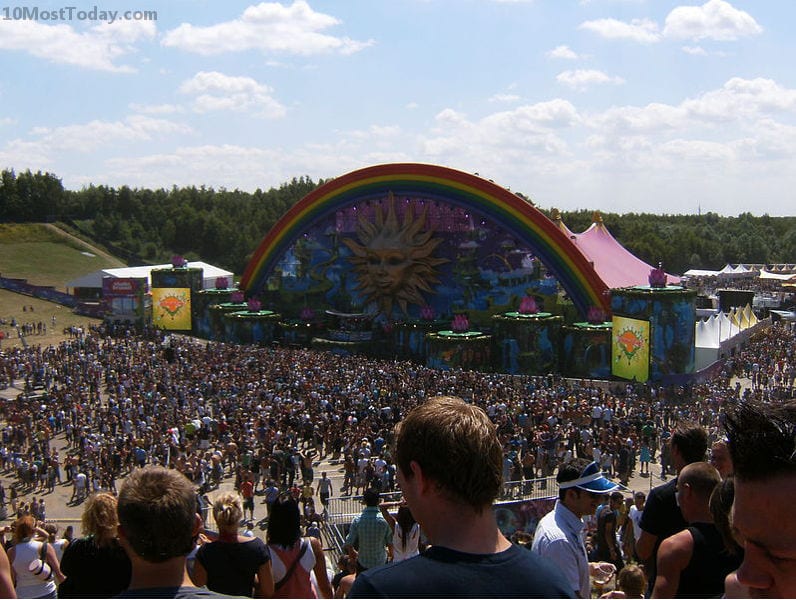 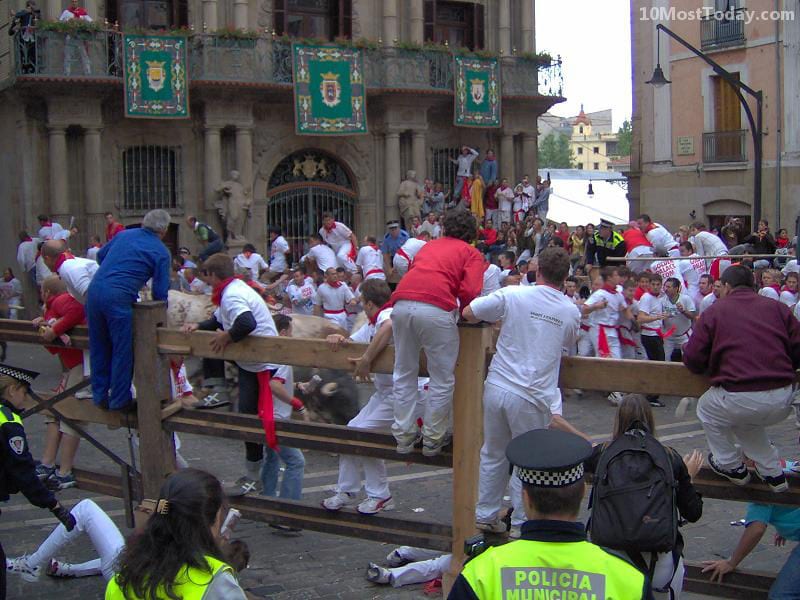 The Mardi Gras Carnival in New Orleans is now so famous, it became a global event, and the population of New Orleans more than doubles itself the days before the festival begins, on January 6. The festival is two weeks long of parades, celebrations and parties 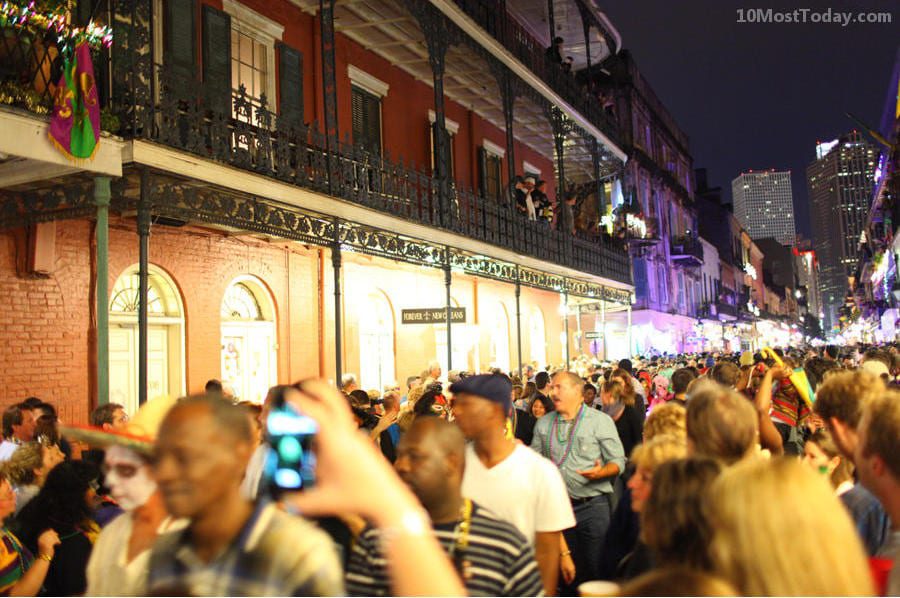 The Lantern Festival is a Chinese festival which marks the last day of the lunar New Year celebrations. These celebration go back 2,000 years, and usually take place in February or March of every year. There are many activities all over Taiwan during the Lantern Festival, but the most famous event are the thousands of sky lanterns that light over Pingxi District in a truly remarkable and unforgettable display 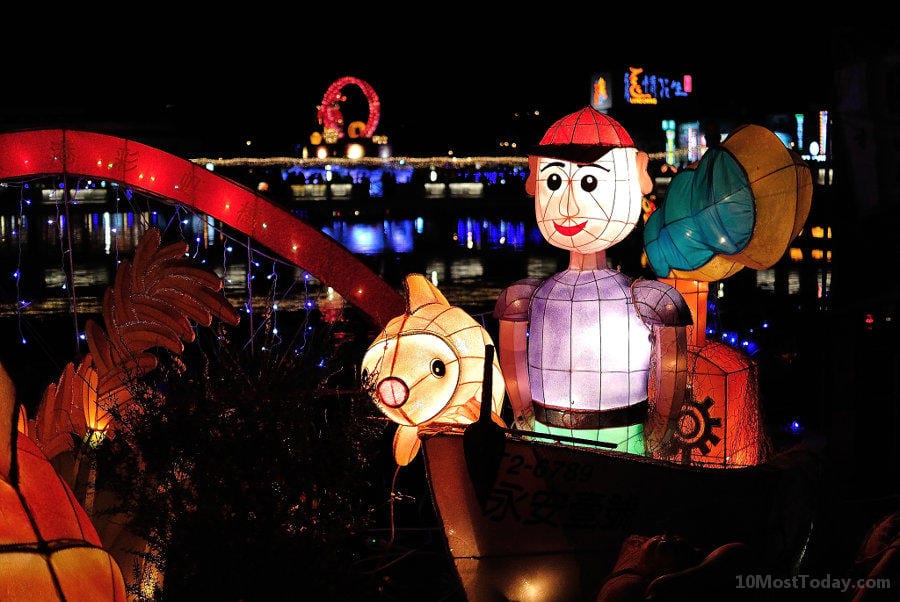 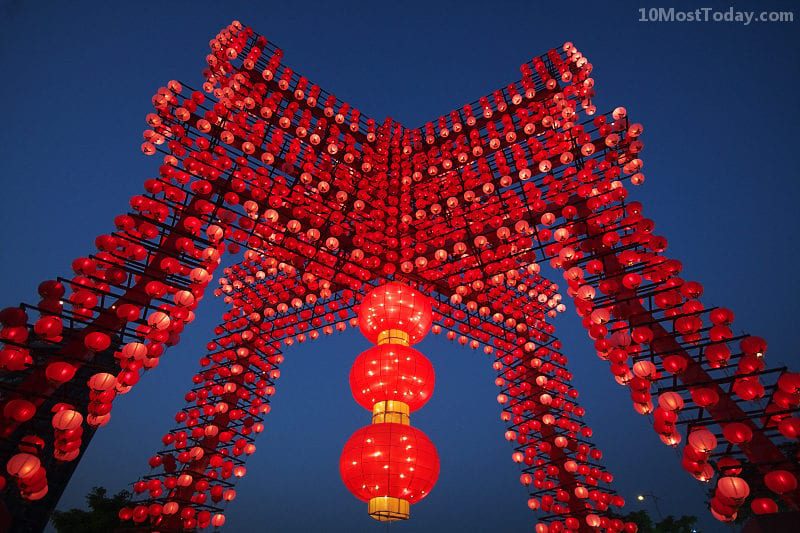 The world’s largest ice and snow festival takes place in Harbin, China and includes the biggest ice sculptures in the world. The festival began in 1963 and since takes place annually from January 5 and lasts for a month or more 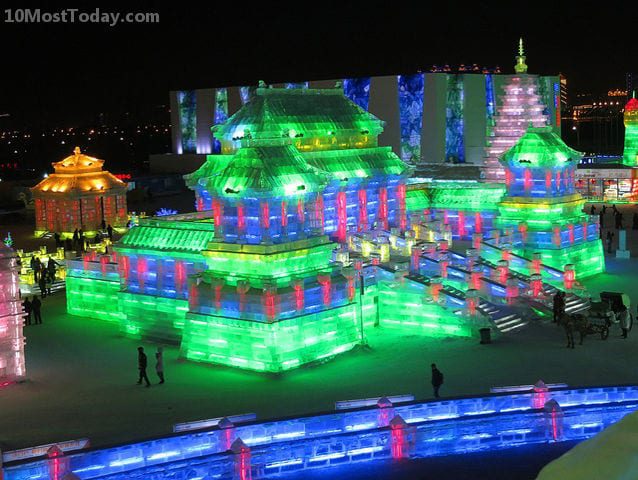 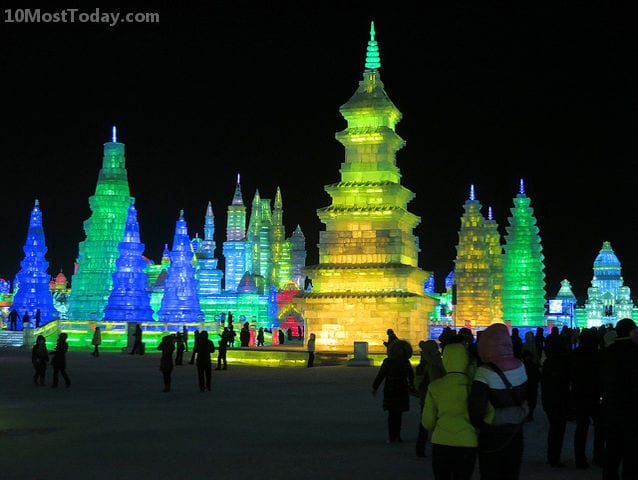 La Tomatina is basically a huge tomatoes fight. The participants of this a festival throw tomatoes at each other purely for fun. The event takes place on the last Wednesday of August, as part of the week long celebrations in Buñol. The annual event began its way in 1945 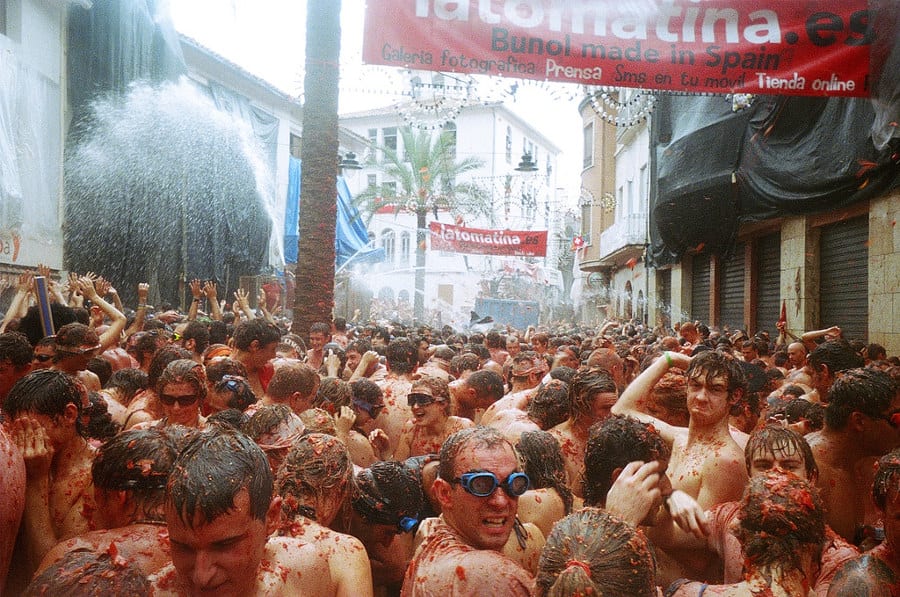