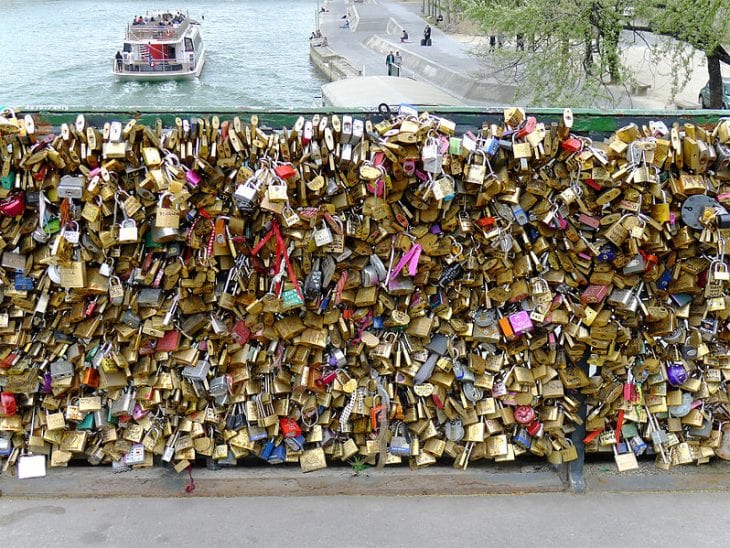 Love locks have become more and more popular over the last 20 years and are often treated by the authorities as litter or even vandalism due to the damage they can cause and the cost of removing them.

1. Pont des Arts Bridge, Paris, France – The most famous love locks location in the world is located on this pedestrian bridge in Paris, over the river Seine. It is estimated that the weight of the locks on this bridge may reach 93 metric tons! In June 2014, part of the parapet that carries the padlocks collapsed under the weight, and in June 2015, the city of Paris began removing the hundreds of thousands of locks from the bridge 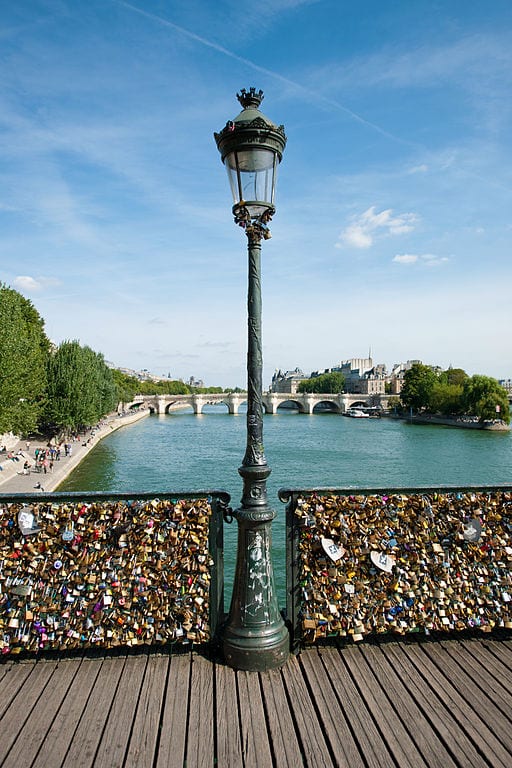 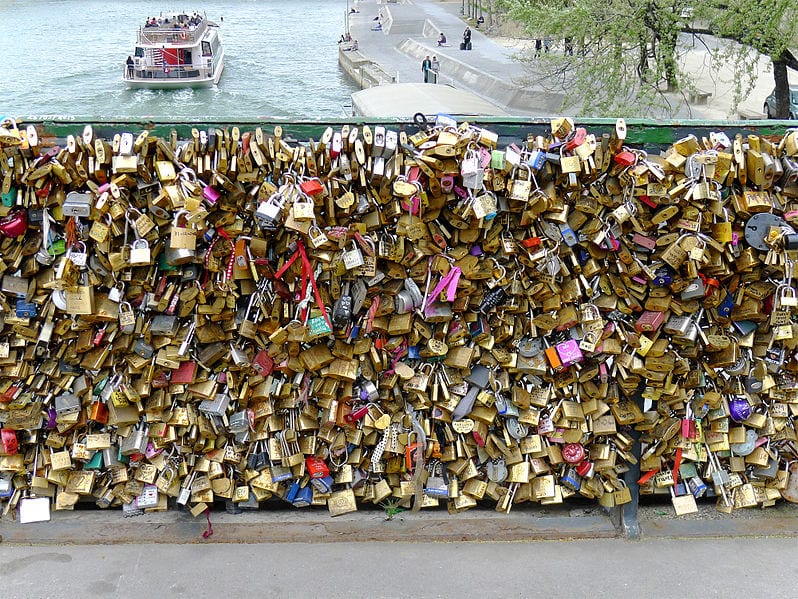 2. Hohenzollern Bridge, Cologne, Germany – Love locks started appearing on this bridge over the river Rhine in Cologne, in the year 2009 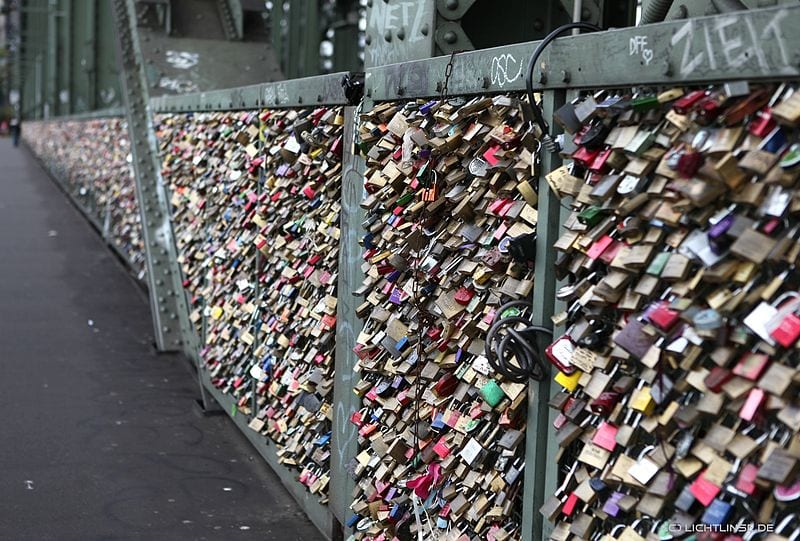 3. N Seoul Tower, Seoul, South Korea – Seven artificial “love trees” were put on the terraces of this tower in Seoul by the tower’s operators. Those artificial trees are capable of holding great weight, especially designed with the padlocks weight on mind. The tower’s operators also provided a “key bin” for the keys, so those won’t be thrown from the tower. The regular fences were also replaced by glass fences so that padlocks couldn’t be locked on the fence itself 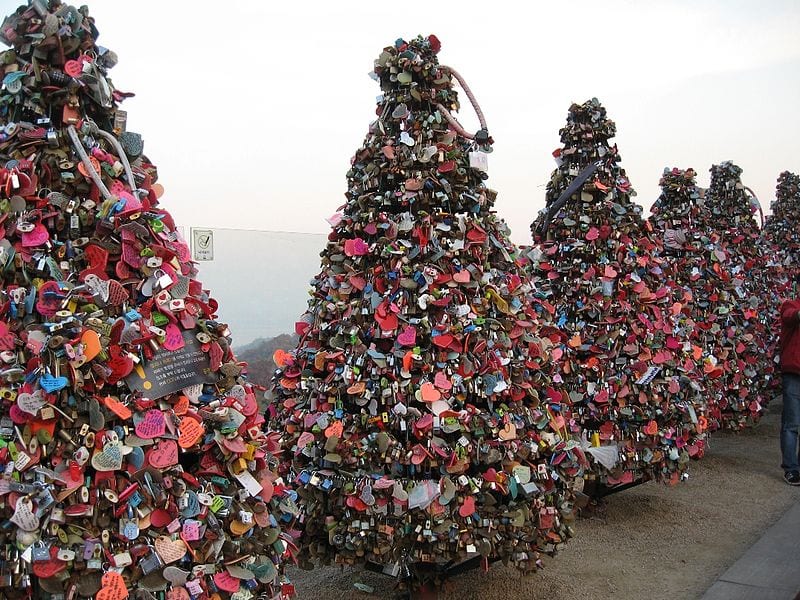 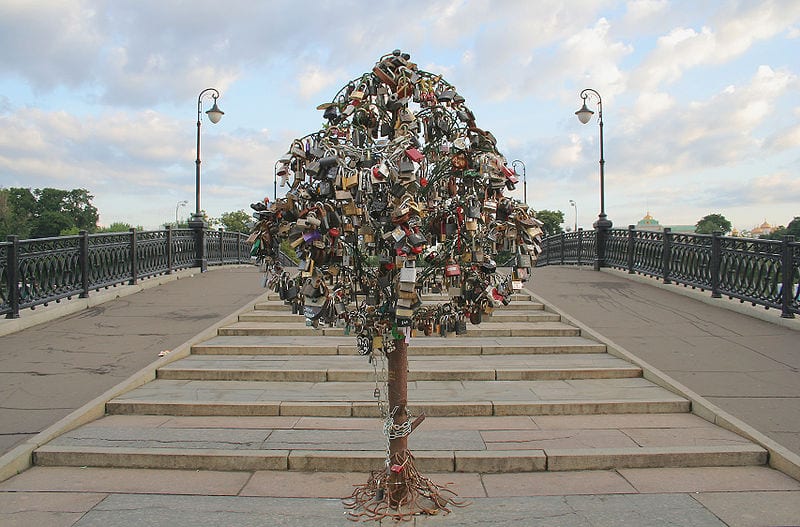 5. Mount Huang, China – The fences on Mount Huang in China are packed with love locks. Sweethearts lock their soul together on one of the fences and throw away the key to the valleys below 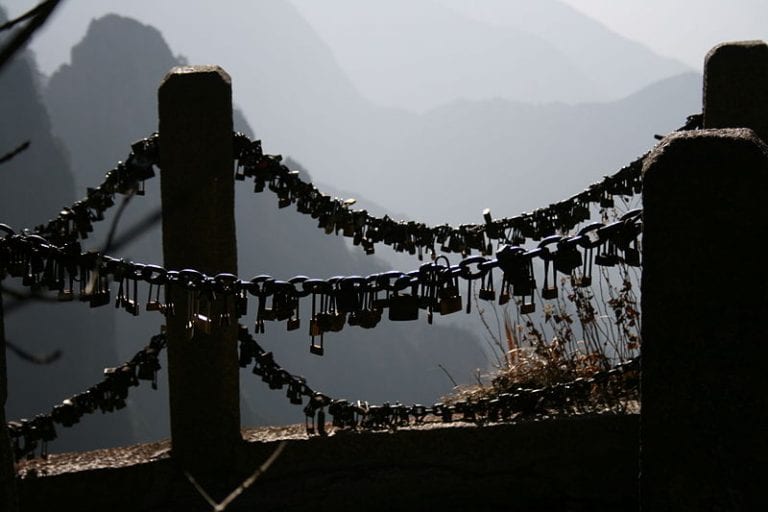 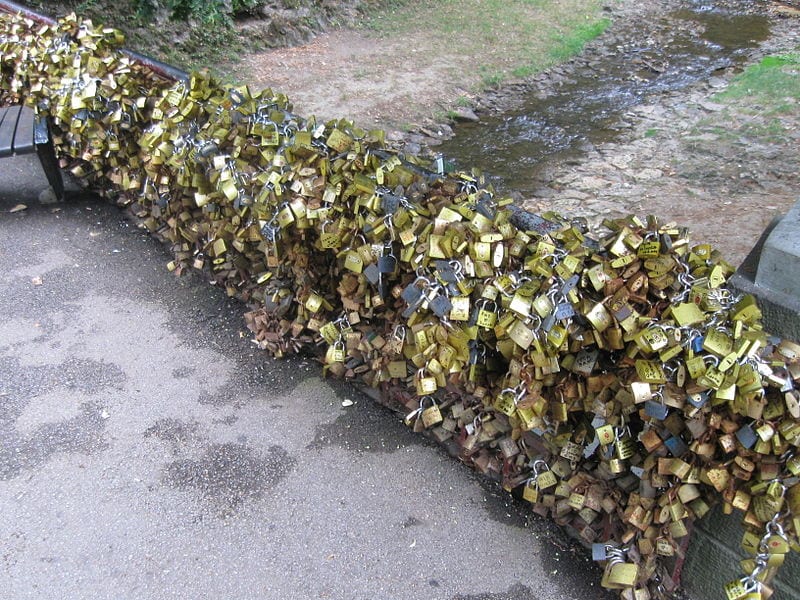 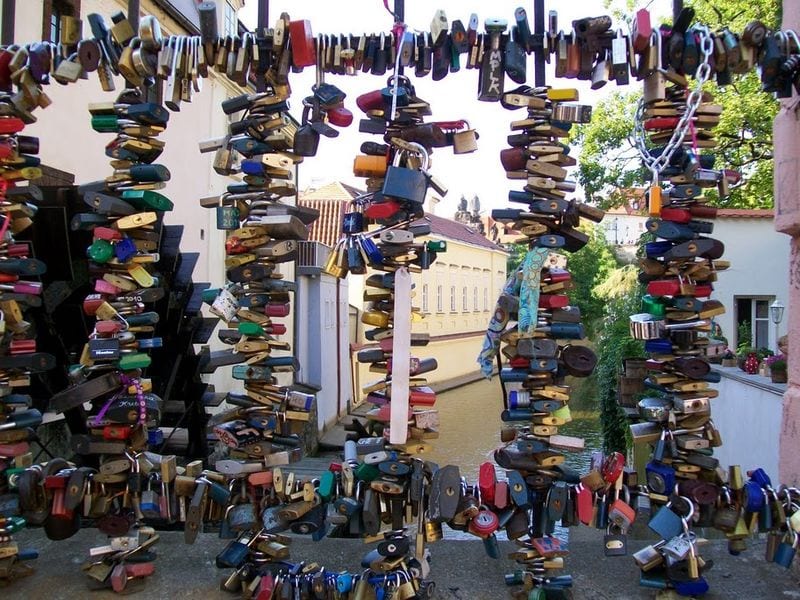 8. Ponte Milvio Bridge, Rome, Italy – Love locks are gaining more and more momentum in Italy, and it all started in the Ponte Milvio bridge in Rome. The ritual in Italy is inspired greatly by a fictional event in the popular book “I Want You” by the Italian author Federico Moccia 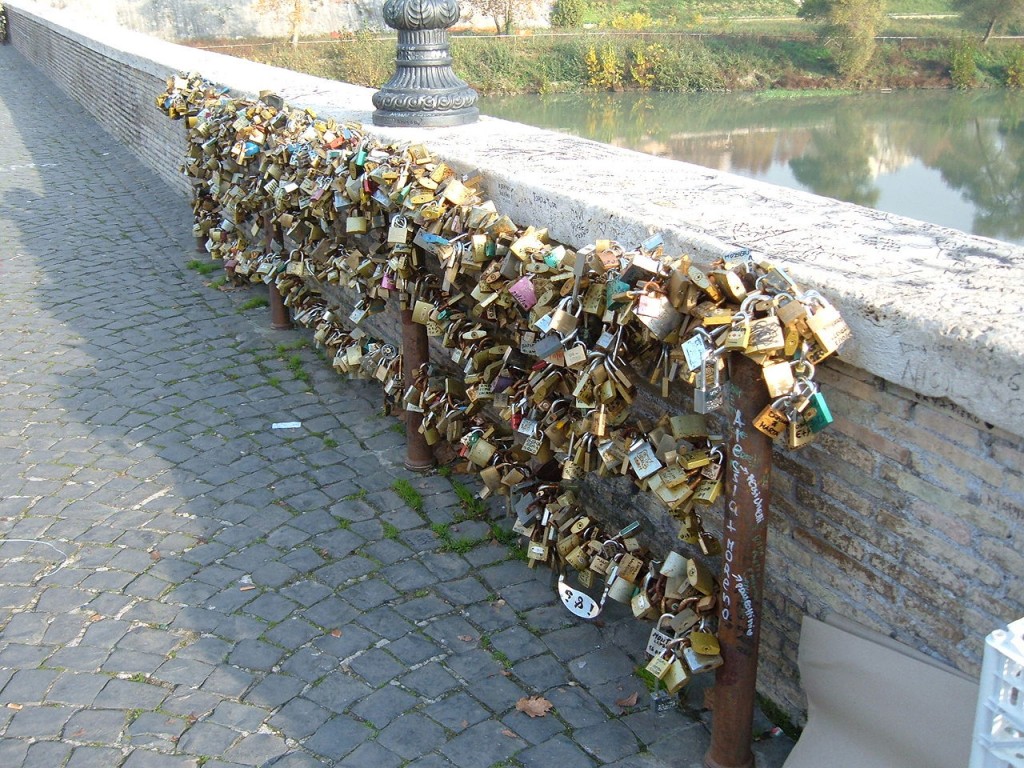 9. Butchers’ Bridge, Ljubljana, Slovenia – This new pedestrians bridge has started collecting its share of love locks in 2010. The bridge crosses the Ljubljanica River. 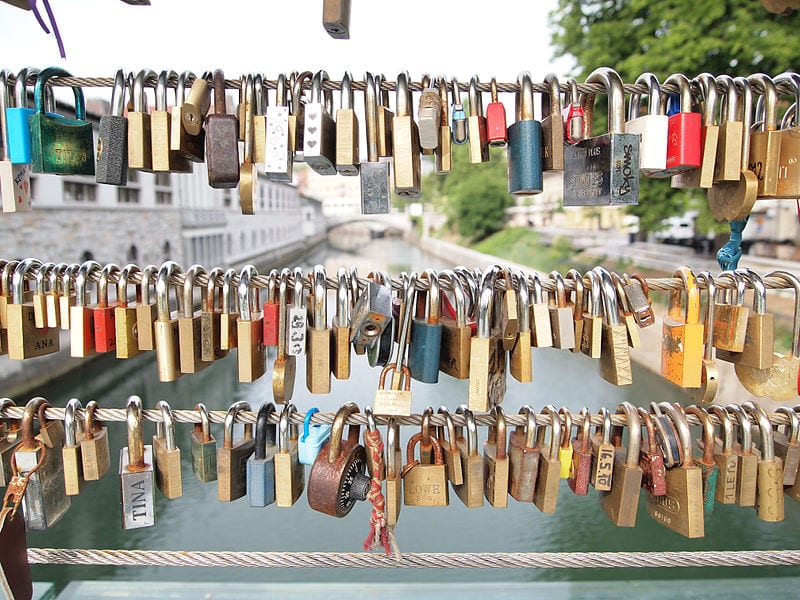 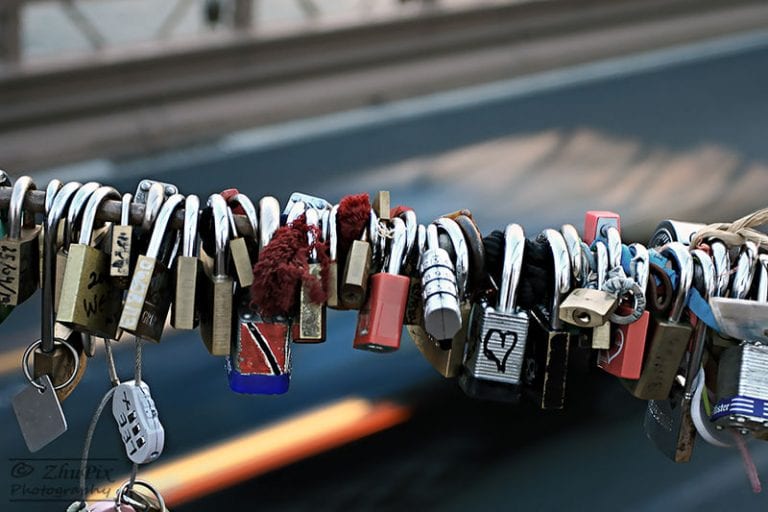 10 Most Popular Wedding Flowers in the...

10 Most Amazing Facts About Teeth