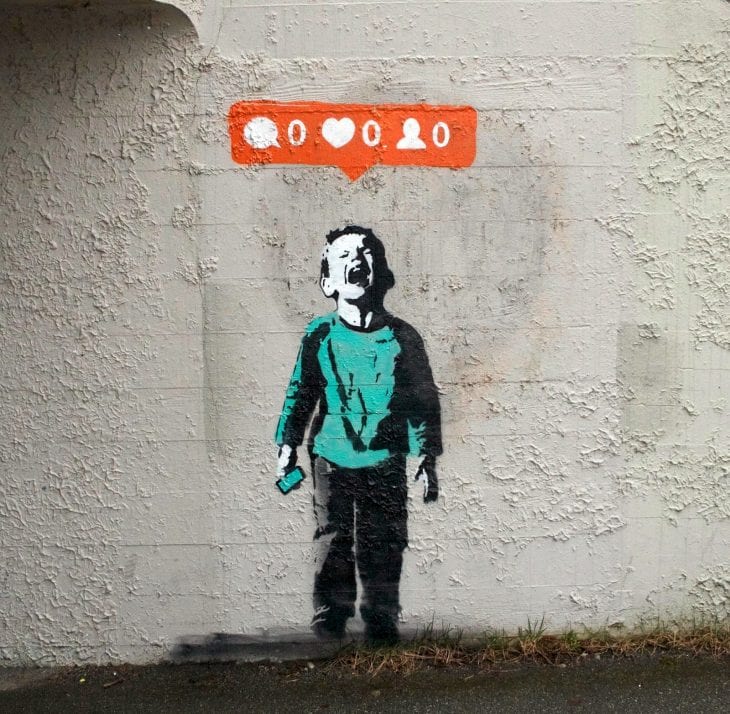 We once delivered a countdown of the best places in the world to find street art. Now, we are bringing you our list of 10 Most Famous Pieces Of Street Art. These pieces of art are some of the most talked about works from the most famous artists.

Street art is a very tough way of creating art. Mainly because it is highly illegal, street artists risk real jail time in order to create some of the most beautiful and controversial works of art. Unlike regular canvasses used by artists, the world is a street artist’s canvas.

Many of the works of art also highlight social and political issues in the world today and at times may even bring light to the suffering of those who don’t have a voice. At its best, street art can be inspiring and gorgeous to look at. So, check out our list of 10 Most Famous Pieces Of Street Art.

(Our Picks with PhotoCred under images.)

Banksy’s Palestine piece is one of the most realistic fake images. It combines the children of Palestine along with a war that has been waging for what seems like forever. 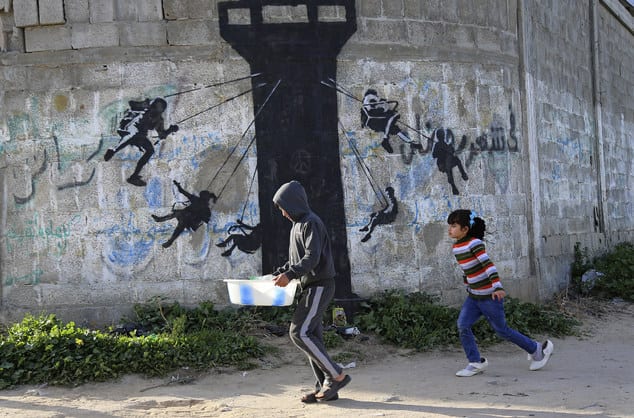 He may be a knockoff of the UK artist Banksy, however, Hanksy was not scared to display his overall distaste for Donald Trump by merging the president-elect with a poop emoji and some flies for added effect. 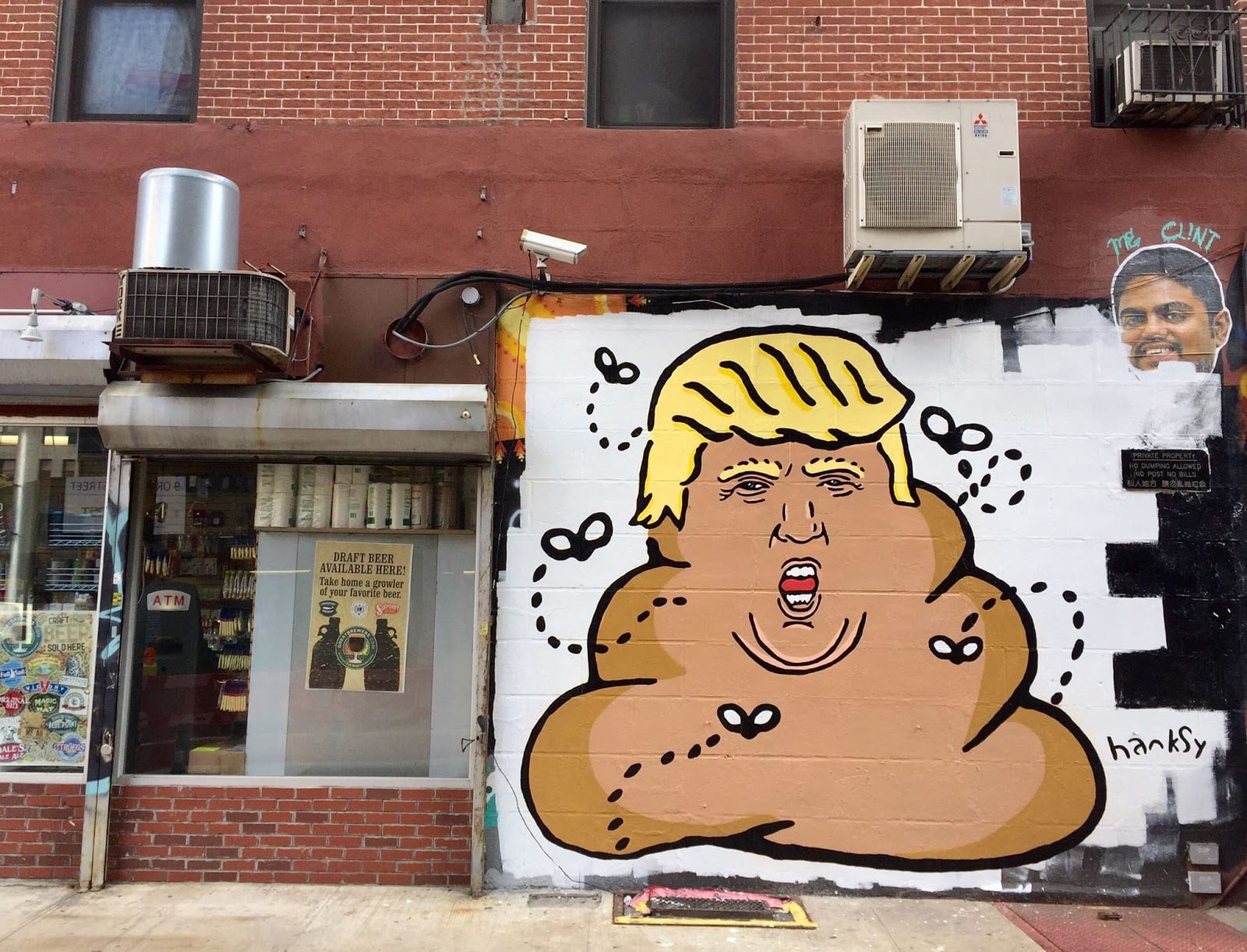 Invader’s use of tiles arranged perfectly to look like the Looney Tunes giant of a character, Bugs Bunny is absolutely awesome and well-known around the world. 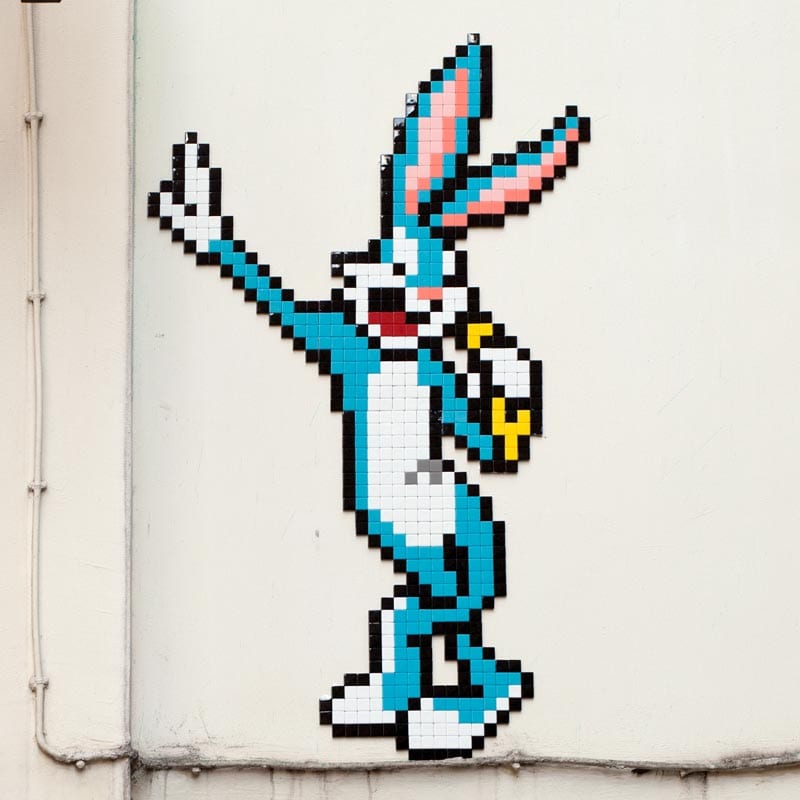 7. Iheart Nobody Likes Me

Interestingly enough, Iheart’s Nobody Likes Me piece perfectly displays what it’s like to live in today’s socially driven and social media obsessed world. It shows how people who starve for likes could be affected in a very negative way. 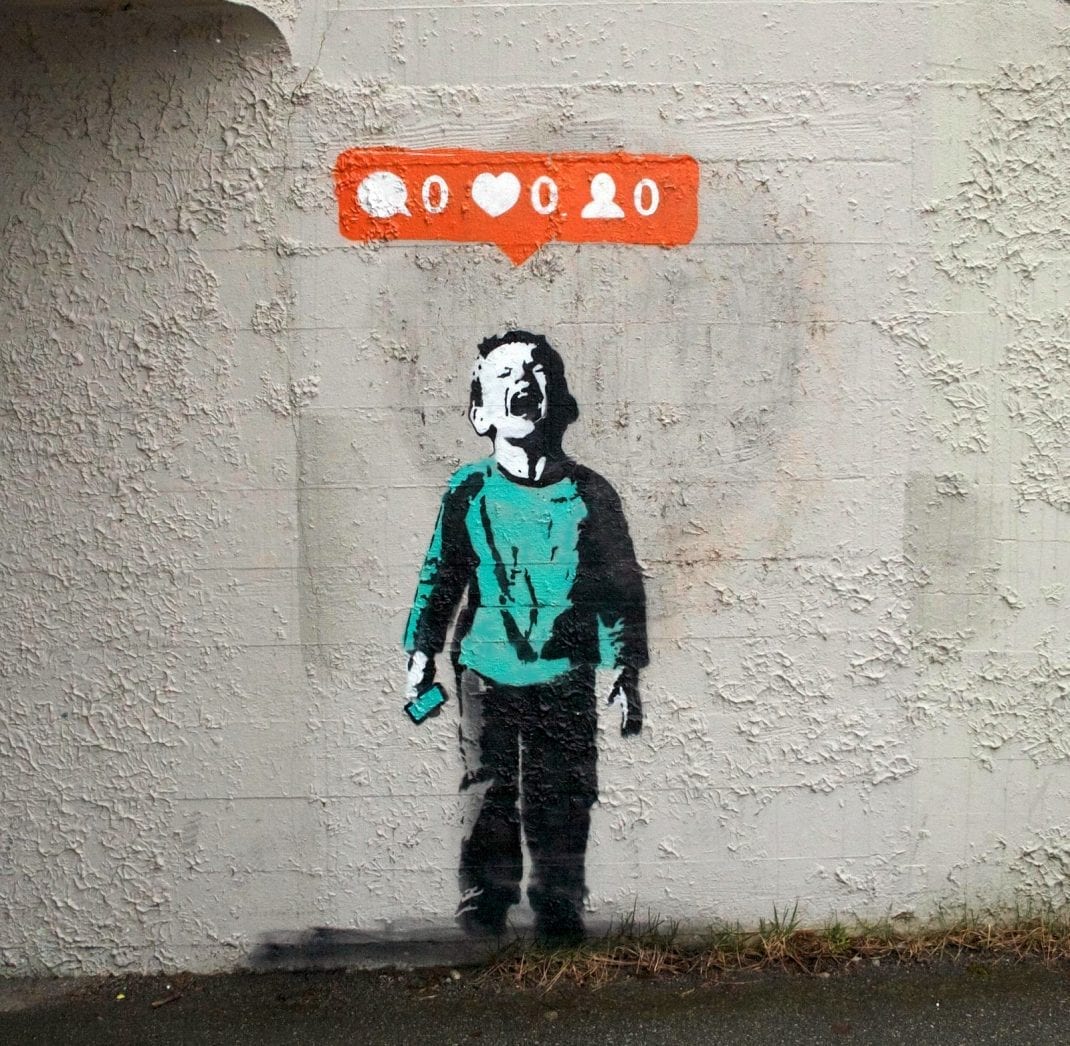 Here’s a fun piece that places on an extremely popular horror film and an even more popular image from the film. 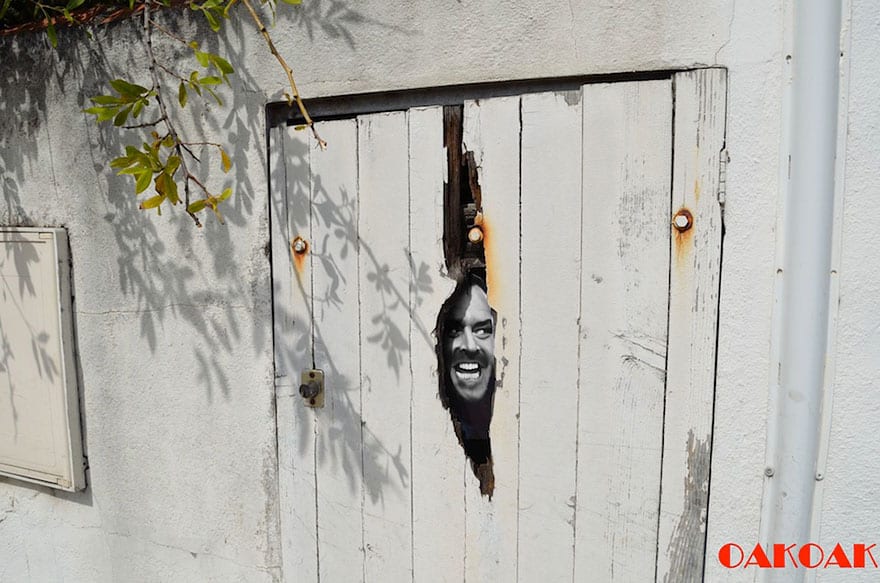 Smates transforms those awesome underwater dog photos into a magnificent piece of street art on a building in Belgium. It’s both beautiful and adorable all at once. 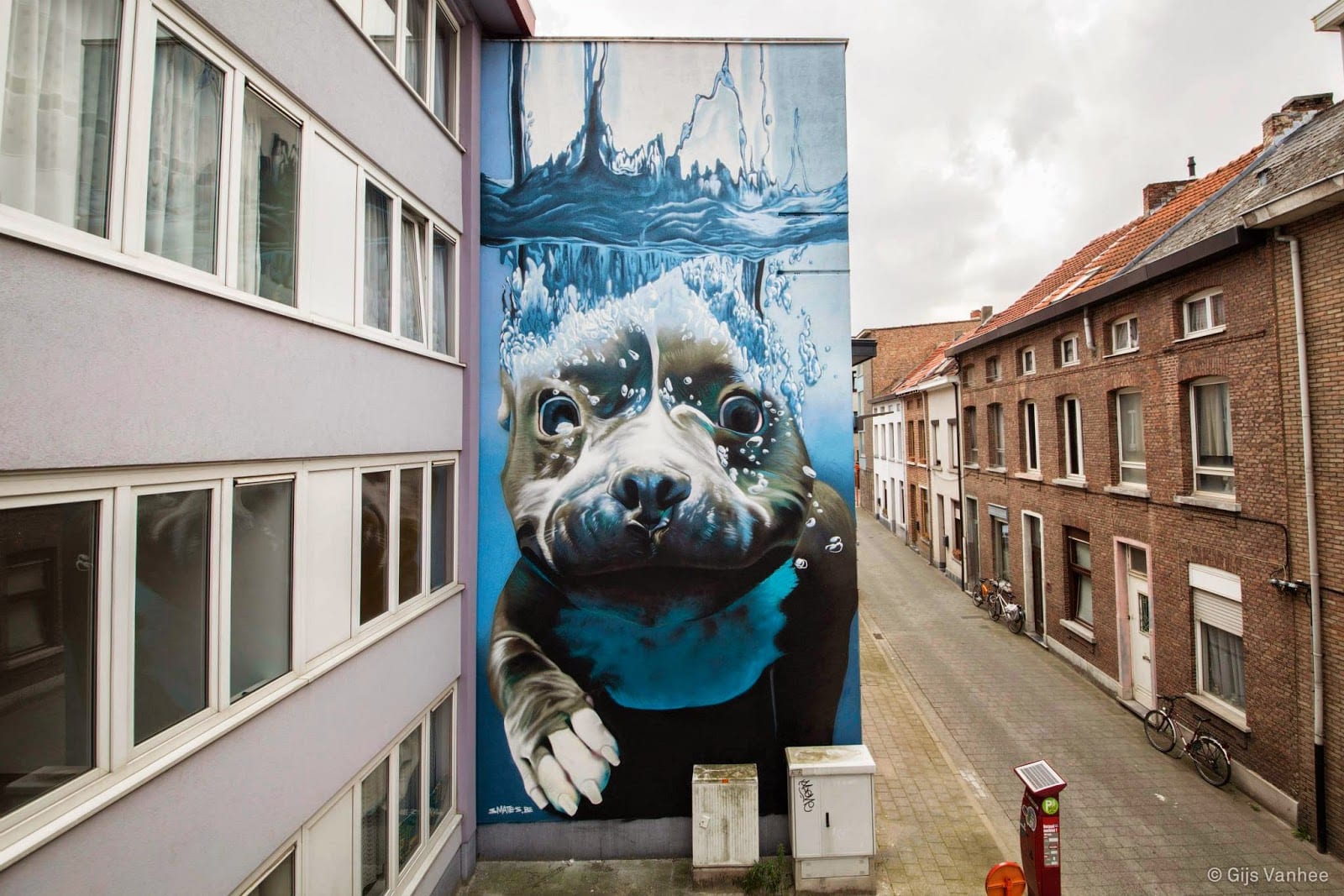 Banksy appears on the list once again as he is one of the most prolific and talked about street artists in the world at the moment. 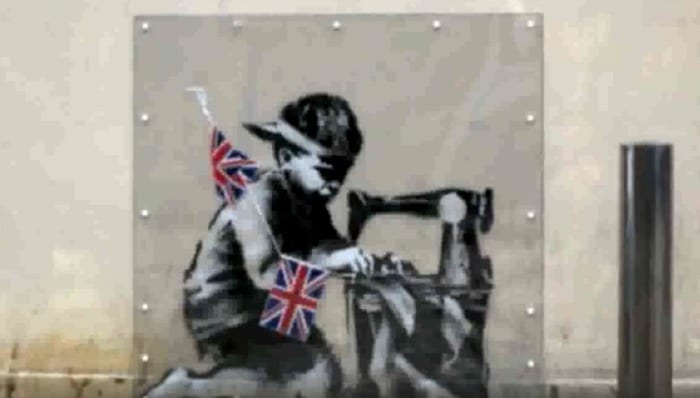 This photo went viral and appeared on plenty of media sites who marveled at the 3D look that brought a simple pair of glasses to life.

Mobstr’s stencil pays homage to the great Andy Warhol. It’s street art paying attention to one of the most legendary and controversial figures in art. 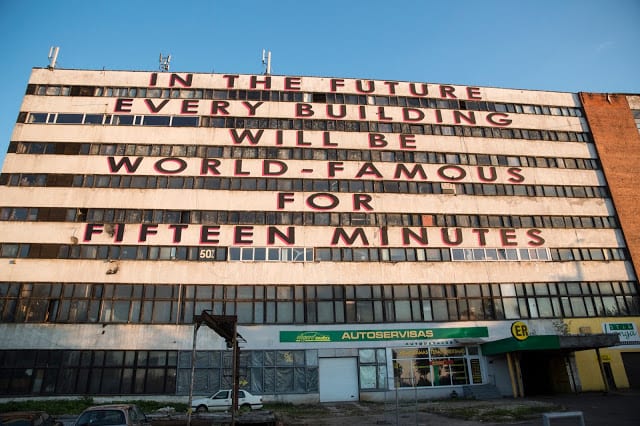 This has got to be one of the most famous pieces mostly because it was torn down. Here we find Banksy making a mockery of the government surveillance in Britain. 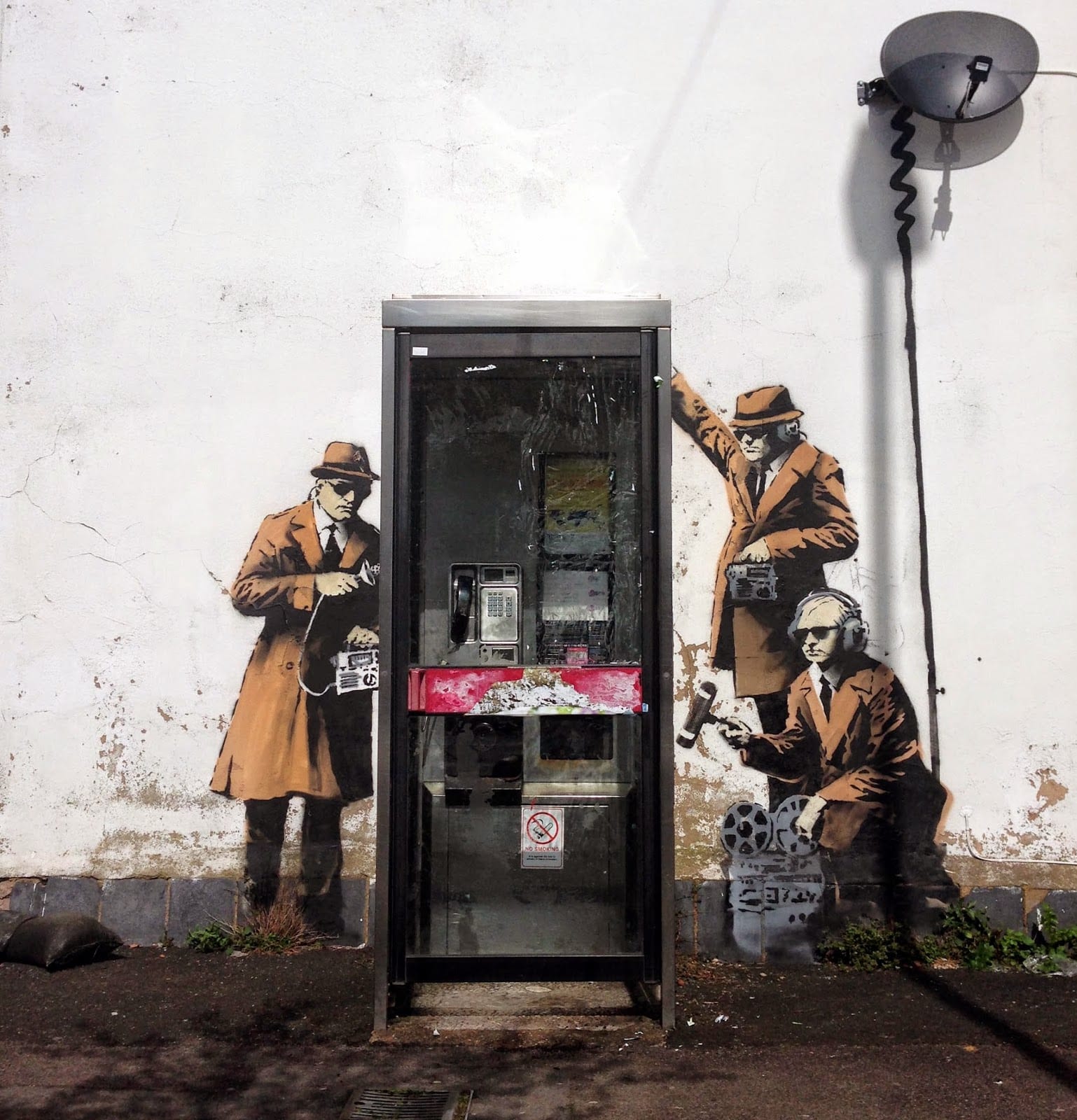