10 Most Expensive Hobbies in the World 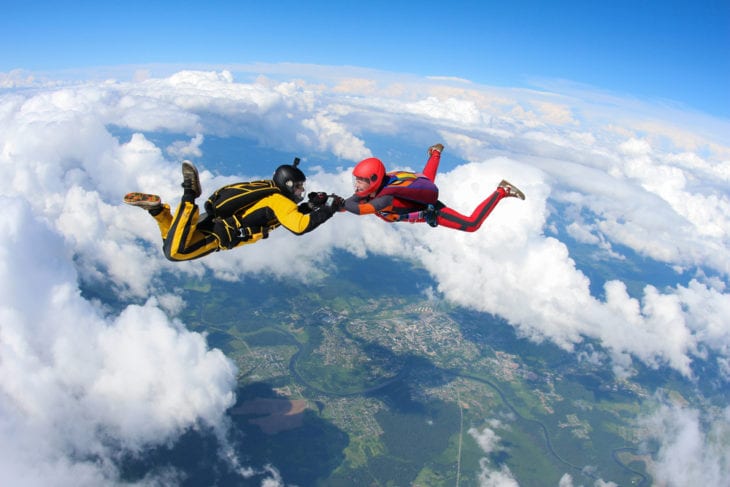 Hobbies are recreations or activities that allow us to de-stress and at the same time give us pleasure. People spend time to do these activities and almost consider them as part of their lives.

But if money is never an issue and has the freedom to use it in any way you wanted, then you will be faced with a staggering checklist of activities which would be barely available for most people. Below are the 10 most expensive hobbies that people love to do. 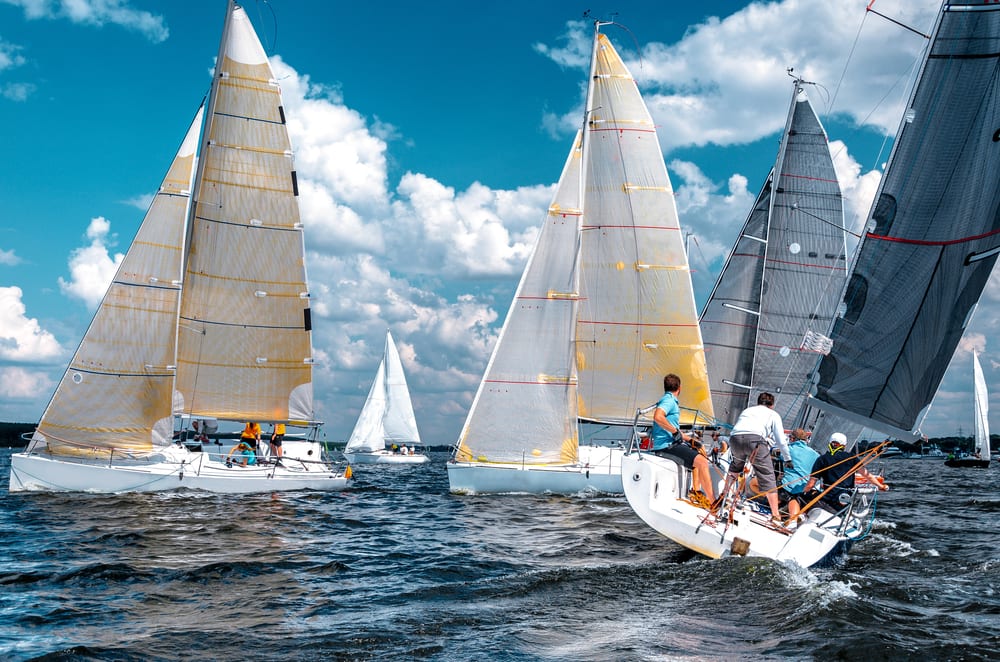 The world’s most high-priced hobby is Yacht racing. In movies and music videos, speedboats are usually showcased as the utmost expression of richness. Amounting between $30,000 up to $50,000 for standard speedboats is somewhat pricey. Still, their price is eclipsed and restricted by yachts. There are some extremely large luxurious yachts called mega-yachts that cost around $0.8million. It’s because of its whopping price that makes these ultra-rich people urge to buy. In 2010, a businessman named Rowan Abramovich (Russian billionaire) caught the eyes when he bought the mega-yacht Eclipse which was estimated to be $1.5billion.

Nevertheless, these pricey yachts were never used for racing. The J-Class is needed and it is not that expensive like the mega-yachts. It costs between $10 million up to $20 million which is still not cheap. Purchasing one is just a small part of the expenses when it comes to yacht racing. Buying this is not simple, there are only nine all over the world and maintenance of this J-Class yacht can cost around $3 million. Preparing for the race costs around $8 million. This small part is showing you that this hobby is only for dollar billionaires. 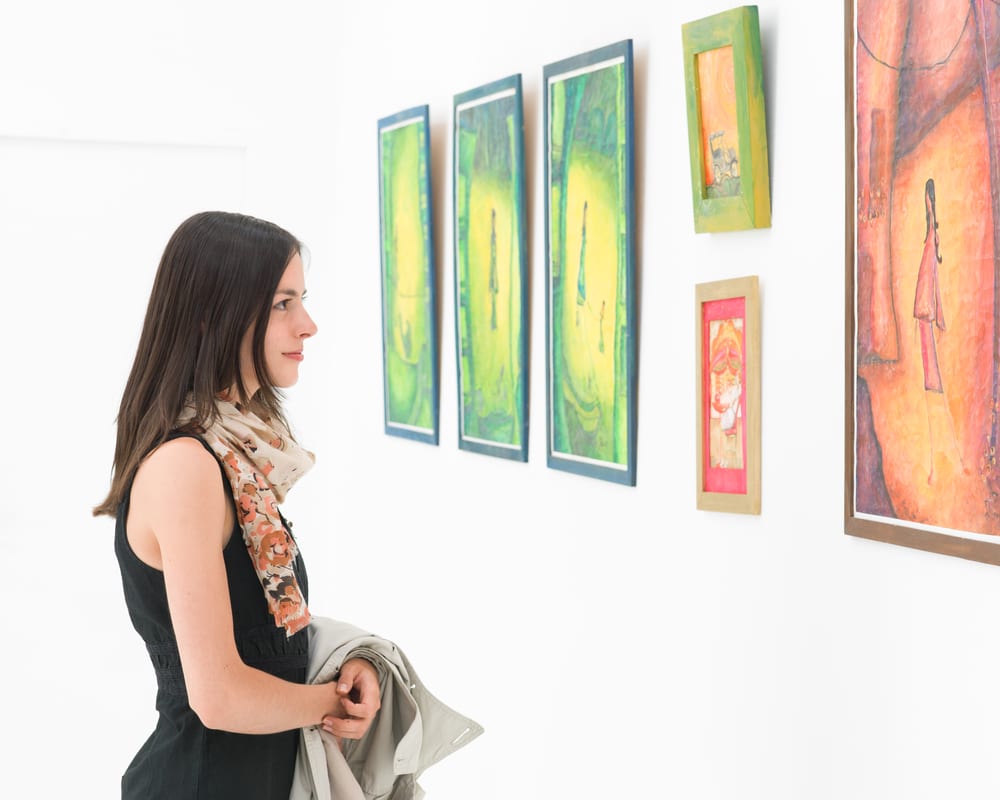 Each art enthusiast should be present in any art exhibit or gallery in the town or bought an impressive art piece. This is among those well-known hobbies all over the world and also belongs to most high-priced hobbies. In auctions, some paintings made by famous painters and sculptures created by respected sculptors earns millions in dollars during the auctions.

An example is the painting. “Salvator Mundi”. An oil painting of Jesus Christ made by the greatest artist in the history, Leonardo Da Vinci, way back 16th Century. It features the typical art of 16th Century Italian Renaissance. On November 2017, this painting was sold to Department of Cultures and Tourism in Abu Dhabi for a massive amount of $450 million which makes this painting extraordinary as it is the most high-priced painting sold in the world.

Lots of billionaires around the world embraced collecting art as a favorite hobby for them and are noted to spend millions just to acquire them. The US President’s daughter, Ivanka Trump, was recognized for her art collections worth million-dollar which features various expensive paintings. The “Number 17A” and “Interchange” were bought by an investor, American billionaire Kenneth C. Griffin, which is the most high-priced paintings owned by a private individual valuing at estimated $0.5 billion. 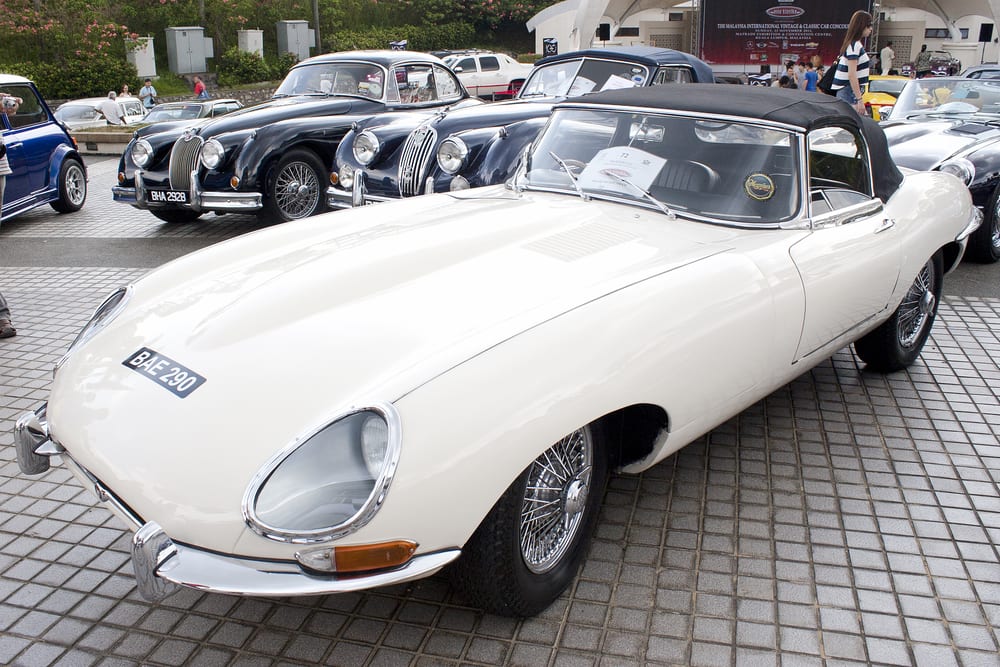 Most adult’s favorite toys are the cars and only having one is never enough. There’s a manner in which your love for the cars becomes a hobby, simply by purchasing numerous cars as you’d like – known as car collection. A hobby that’s exciting as well as expensive as it comes at a great cost. To prove that it’s not suited for everybody, one needs only to check out those people whose hobby is collecting cars.

In countries like the Middle East, royal families are known for their extravagant lifestyles which is possible because of their substantial wealth. Some of the princes own the world’s most expensive and biggest car collections. In Abu Dhabi, Sheikh Sultan bin Zayed bin Sultan Al Nahyan has the insane collection of cars which is housed in the SBH Royal Auto Gallery. He has 5 Bugatti Veyrons in his collection which amounts to more than $1.5 million each.

Therefore, it’s obvious why this expensive hobby is the favorite amongst the highest-paid athletes in the world. David Beckham, Lionel Messi, Cristiano Ronaldo, and Kobe Bryant – all brag having an impressive collection of cars. Floyd Mayweather Jr., the U.S boxing champion, is known for his ludicrous collection of more than 100 cars. Here’s the list of 10 most expensive cars in the world. 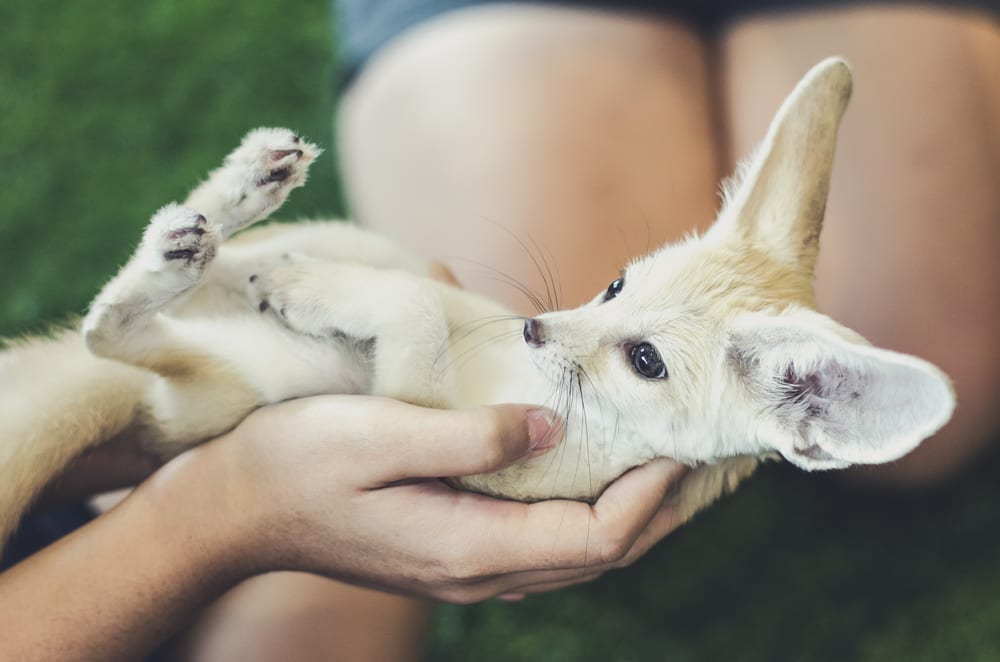 A numerous number of people worldwide make cats, iguanas, dogs, or even mice as their pets. Nevertheless, for some rich individuals, it has been a cliche to own these animals to become their pets. The notch becomes higher and they make the animals that are exotic as their pets. Why not have a wonderful Tibetan Mastiff instead of having a dog.

Some of the individuals, like celebrities, have this kind of hobby. The decisions of some celebrities, in choosing exotic animals, are weird – like Nicholas Cage who paid $150,000 for an octopus. Buying exotic animals is a luxurious affair and some of them require monthly maintenance and care, that would cost you thousands of bucks. Mike Tyson, a retired boxer, preferred a huge cat that’s Bengal Tigers, to be particular, and he owns three of them. The tiger itself is not cheap and it requires $4000 every month for its maintenance. 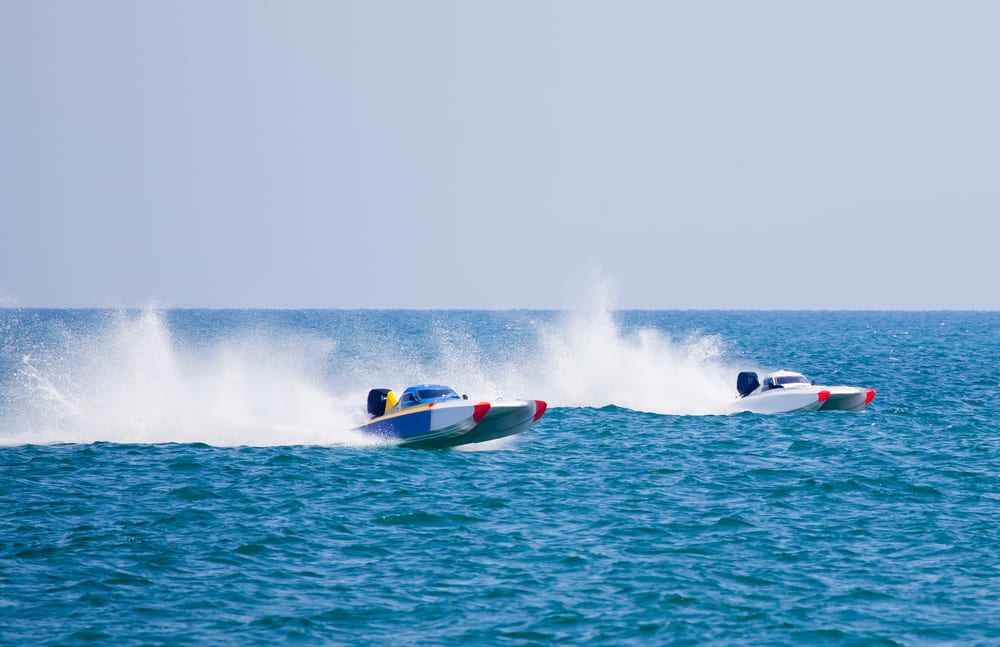 As the name implies, it’s an activity wherein you race your speedboat together with your friends. For years, it has been made as a picture of private and luxurious coastal travel, a reputation which made the boat seen on films and music videos. These speedboats, however, are so expensive that your favorite stars can only afford to hire or rent one for a music video shoot.

Only a rich person can afford to buy one. The standard price for one speedboat usually costs $50,000. The speedboat’s best of the best must be remarkably fast ( and high-priced ) cigarette boat. The appearance of a cigarette boat physically shows that its vessel requires attention and this toy will usually cost $600,000.

Buying these boats is only part of its financial liability. Customizing them and adding additional features for the improvement of boat’s safety and performance will make your boat fully prepared for races, thus will dent a thousand dollars more. 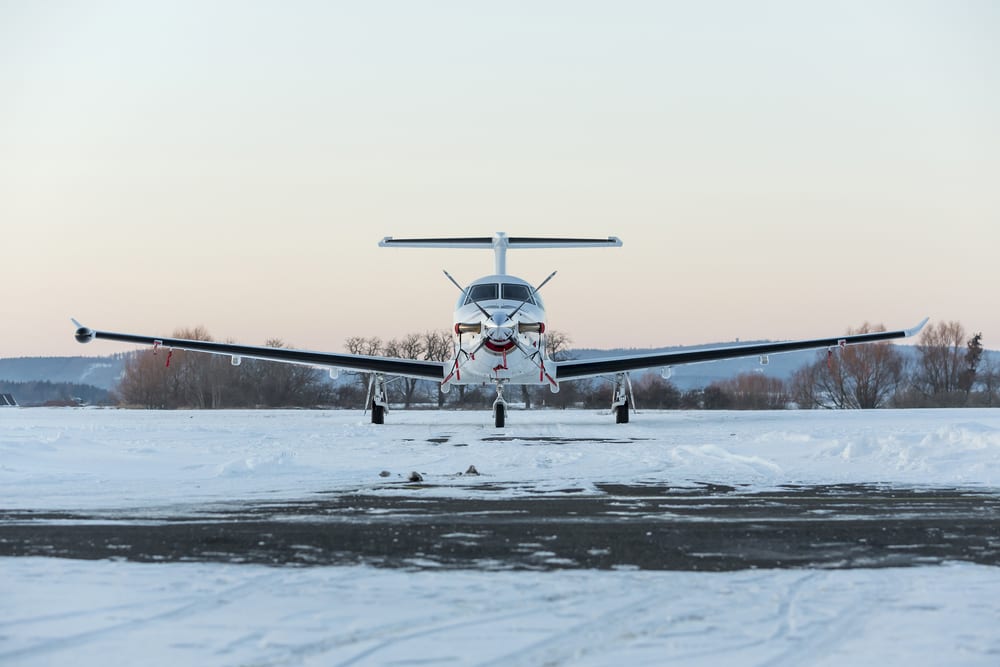 A career like flying an airplane is expensive as everyone thought. However, you’ll be surprised at how costly flying the aircraft as a hobby could be. First and foremost, the certified instructor must give you a flight lesson. The average amount ranges from $7000 up to $8000 and there are some instances that it could be higher than those figures. After bucks of expenses and a lot of training hours, you will officially get your pilot license.

In this hobby, the next high-priced is purchasing an aircraft. The standard cost of a plane is usually $100,000 and more expensive choices are available. Additional expenses such as maintenance, fuel, insurance, and hangar fees come in. 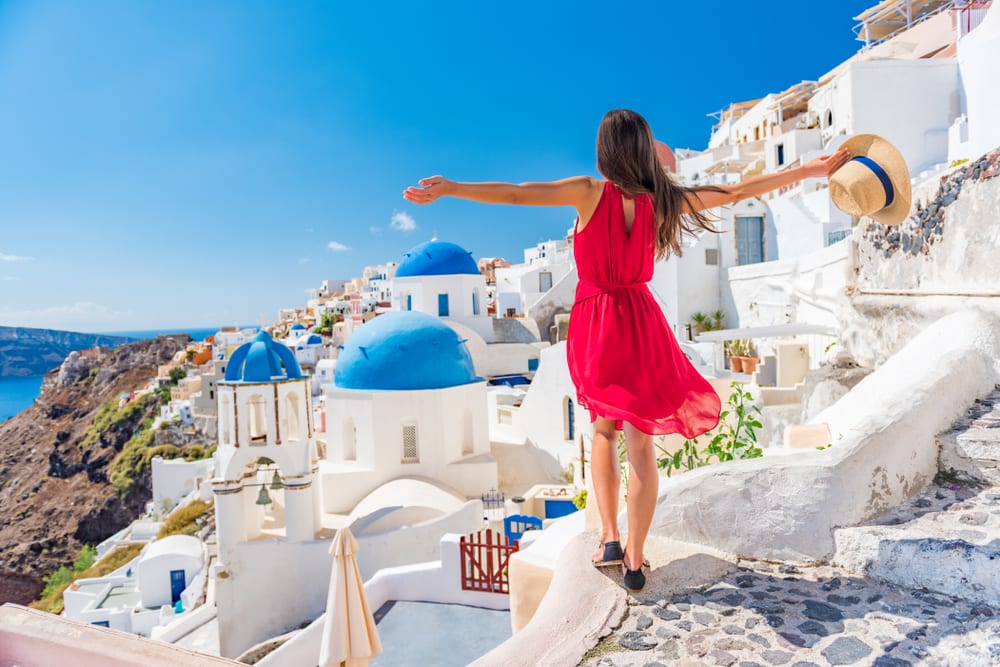 As they have said, “the best way of spending money is buying experiences”, and better than traveling worldwide, there are some activities that would describe the statement. A brilliant way to spend free time is traveling the world because of absolute excitement that comes along in discovering new scenery, and it’s also a nice way to appreciate the infinite beauty of the world. An expanded tour around the world may take years to finish and will end up bringing you towards hundreds of different nations.

Nevertheless, this lovable hobby can only be achieved at a huge cost. For decades, some people strived to save to finance an extensive worldwide tour. A world tour that can take you to all continents worldwide would cost $150,000, at least.

Endless logistics involved are the reason for the jaw-dropping expenses. Traveling and accommodation rates are different in every country, country A may cost $100 and country B may cost $1000. Immeasurable factors control the total amount of the tour, from transport mode to the destination preferred. 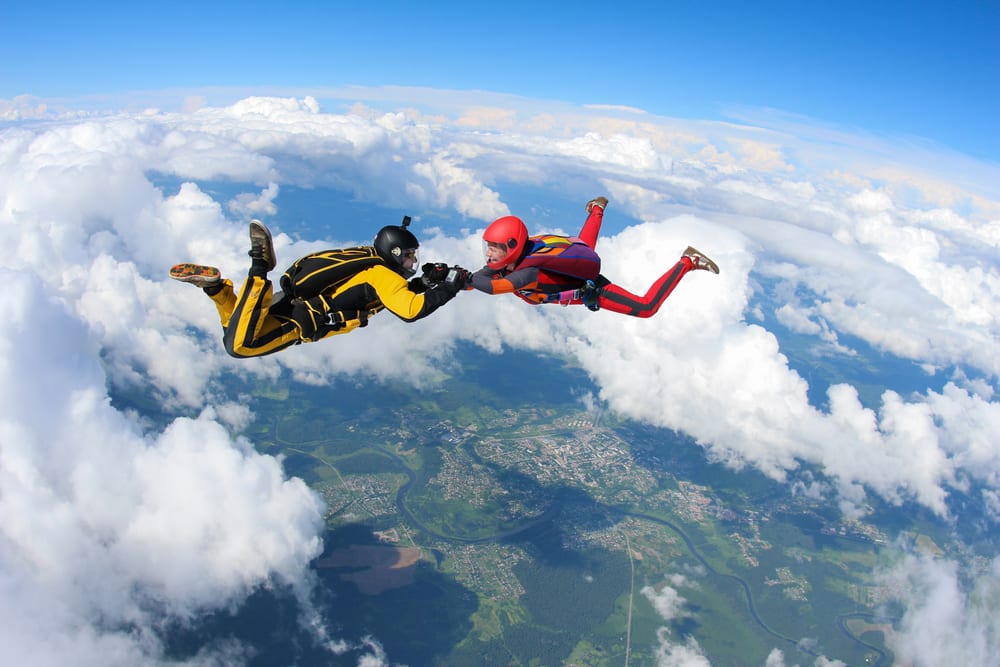 When some individuals are questioned about the activities that are included on their list of favorites, skydiving usually pops up. The hobby that gives excitement when jumping off out of the plane makes it interesting to a lot of people. Nevertheless, even though the hobby takes fewer minutes to finish, this is one of the most expensive hobbies that everyone can take. The price of skydiving usually costs $150 and $250 even if the jump takes only a few minutes. The figure becomes higher if one decided to jump many times a day that can reach the amount higher than $15,000 for 10 jumps a week. 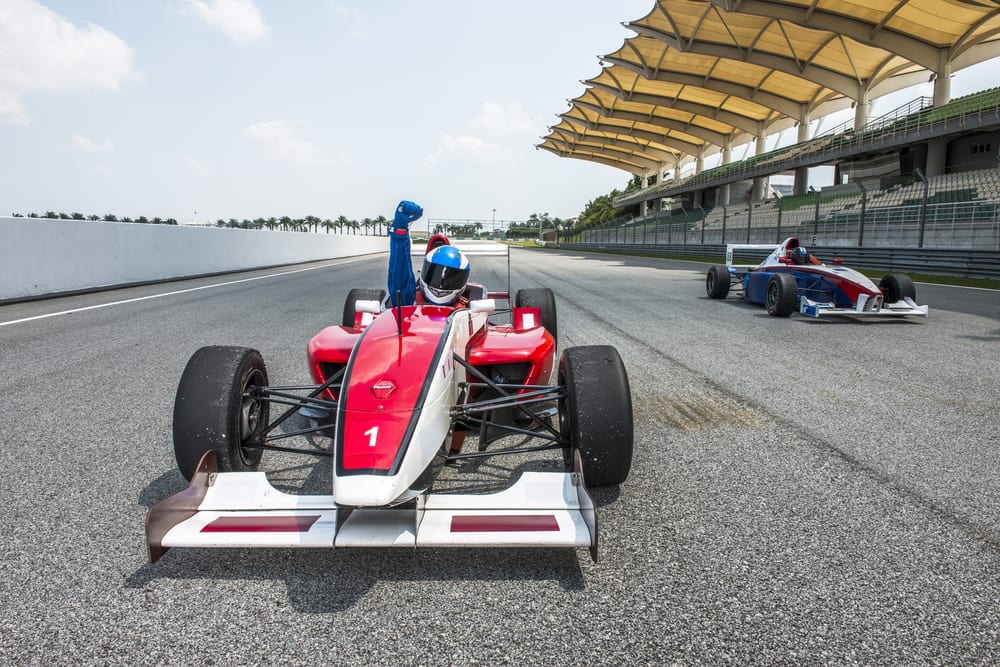 Among the stimuli that a man can experience, speed is the most exciting. Maybe that’s why movies about racing have millions of followers all over the world (an example of this is the Fast and Furious movie ). Driving a car is so typical and quite a bore sometimes. Yet, car racing is a hobby in which the enthusiasts are testing its car speed limits.

Racing cars is exciting and at the same time a dangerous hobby that has been chosen by lots of people all over the world. However, only the wealthy one can afford to participate in car racing. The first obstacle that comes across is acquiring a good racing car. The price range of a car for racing depends on various factors which include mileage, safety features, and specification, just to name a few. The price usually ranges from $10,000 up to $250,000.

Here comes the real money absorber: car maintenance. As what you may have imagined, cars are pushed to the limits in car racings and apparently, some components are compelled to be damaged thus requiring replacement. This constant maintenance sucks up lots of money. Its worth becomes higher when you chose to join contentious crash derbies. 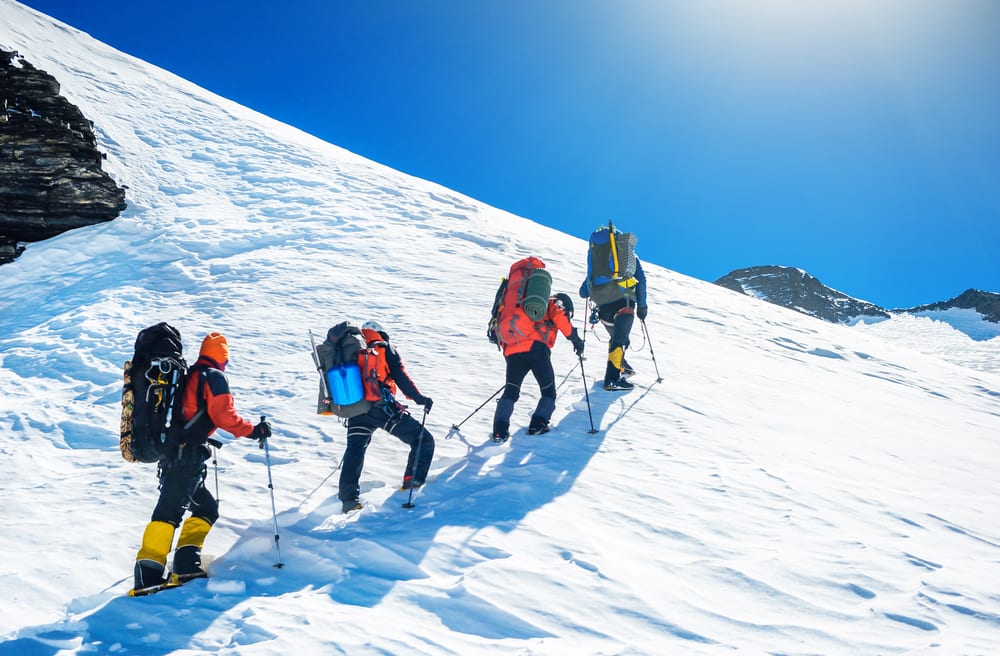 A few people choose hobbies that challenge their emotional, physical and mental resilience. Specific hobbies are commonly within people’s financial ability. However, some require a big amount of money to pursue. Example of this is mountain climbing wherein it involves climbing the heights of lofty mountains just to reach its summit.

Also known as mountaineering, one of the most high-priced hobbies around the world. It consumes money and time to be able to reach snowy peaks of the highest mountains on earth. Initially, you have to be physically fit before planning to climb a mountain which you have to spend $1000 at least. Specialized gear for mountaineering costs approximately $10,000. A permit is also required, which is given by local authorities and is not free. Permit for climbing the Mt. Everest starts amounting to $10,000. For the entire trip, you’ll need to purchase medical supplies, food, and water because the expedition lasts for several days. The average cumulative cost is over $100,000 and additional expenses like airplane tickets are not yet included.

Everest is still the top-most choice destination of all the mountaineers around the world but it isn’t the most expensive summit to climb. Mt. Sidley is actually the expensive one due to the remoteness of Antarctica.

Amounting between $5,000 to $21,000, by cruise ship or airplane are the choices to reach the continent, which are both expensive. A logistical nightmare included for traveling to this mountain is worsen by freezing temperature in areas around Mt. Sidley in which it is in constant freeze and makes the cost so higher.