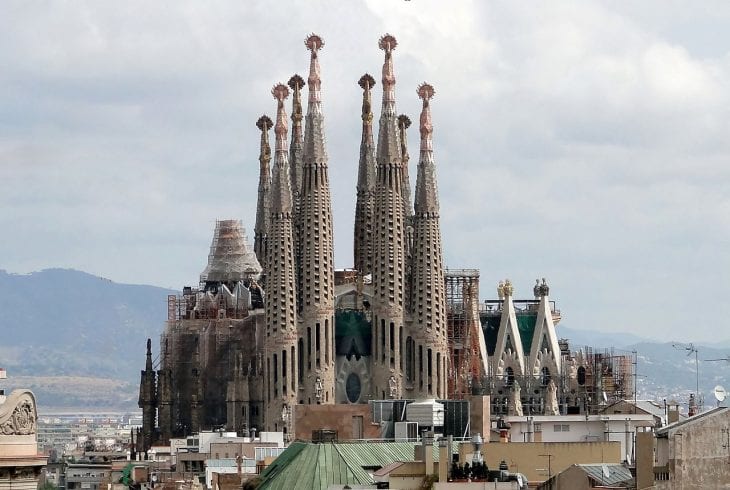 1. Sagrada Familia, Barcelona, Spain – A large Roman Catholic church in Barcelona, Catalonia, Spain, designed by Catalan architect Antoni Gaudí (1852–1926). Construction began in 1882 and it is incomplete till today. Although incomplete, the church is a UNESCO World Heritage Site

Most Famous Churches In The World: Sagrada Familia, Barcelona

2. Saint Basil’s Cathedral, Moscow, Russia – Located in Moscow’s Red Square, this is a Russian Orthodox church built from 1555 till 1561 on orders from Ivan the Terrible. St. Basil’s marks the geometric center of Moscow and is an UNESCO World Heritage Site

Most Famous Churches In The World: Saint Basil’s Cathedral, Moscow

3. Notre Dame de Paris, Paris, France – The Notre Dame cathedral is one of the most singular and beautiful cathedrals of Europe. The cathedral’s dramatic towers, spire, stained glass and statuary are most impressive. The Notre Dame was the heart of medieval Paris and took over than a century to complete 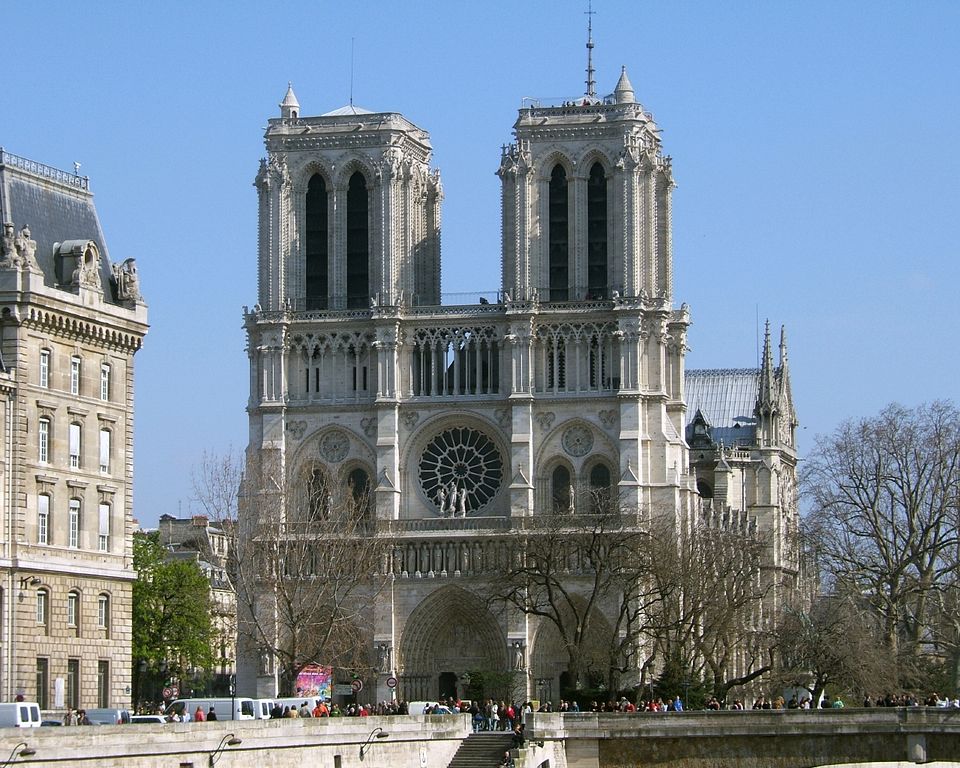 Most Famous Churches In The World: Notre Dame de Paris

4. St. Peter’s Basilica, Rome, Italy – Constructed during the years 1506 and 1615. The dome itself was designed in 1547 by Michelangelo that took into consideration a previous design that was made for the same dome. The dome of St. Peter’s rises to a total height of 136.57 meters (448.1 ft) from the floor of the basilica to the top of the external cross. It is the tallest dome in the world and the basilica is one of the most famous and visited monuments in Rome and Italy 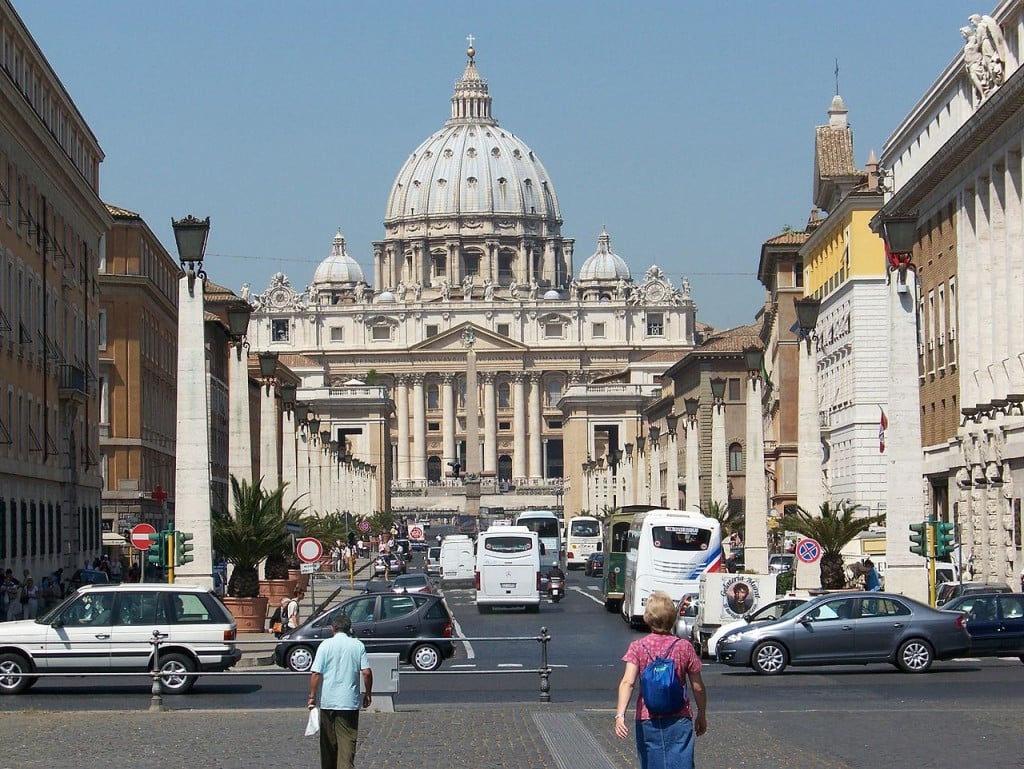 5. Westminster Abbey, London, England – One of the icons of London is the Westminster Abbey. A large Gothic church located just to the west of the Palace of Westminster. It is one of the most notable religious buildings in the United Kingdom. It was built in the 10th century and is now a UNESCO world heritage site 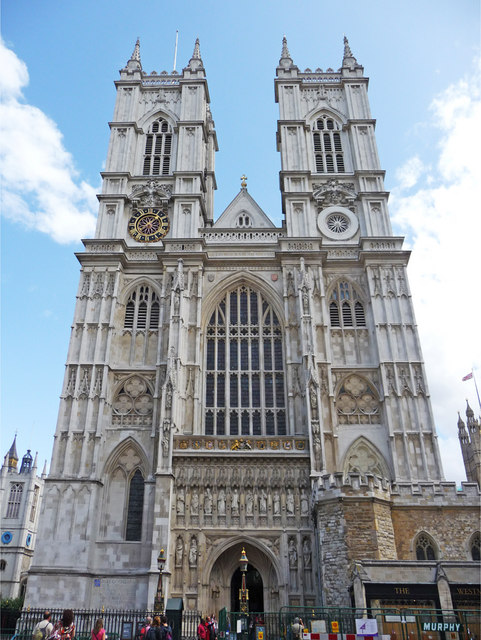 6. St Paul’s Cathedral, London, England – A Church of England cathedral, the seat of the Bishop of London. It sits at the top a hill at the highest point in London. The original church on this site dates back to 604 AD, and it was dedicated to Paul the Apostle. The current church is from the late 17th century, and it received the same name as its predecessor 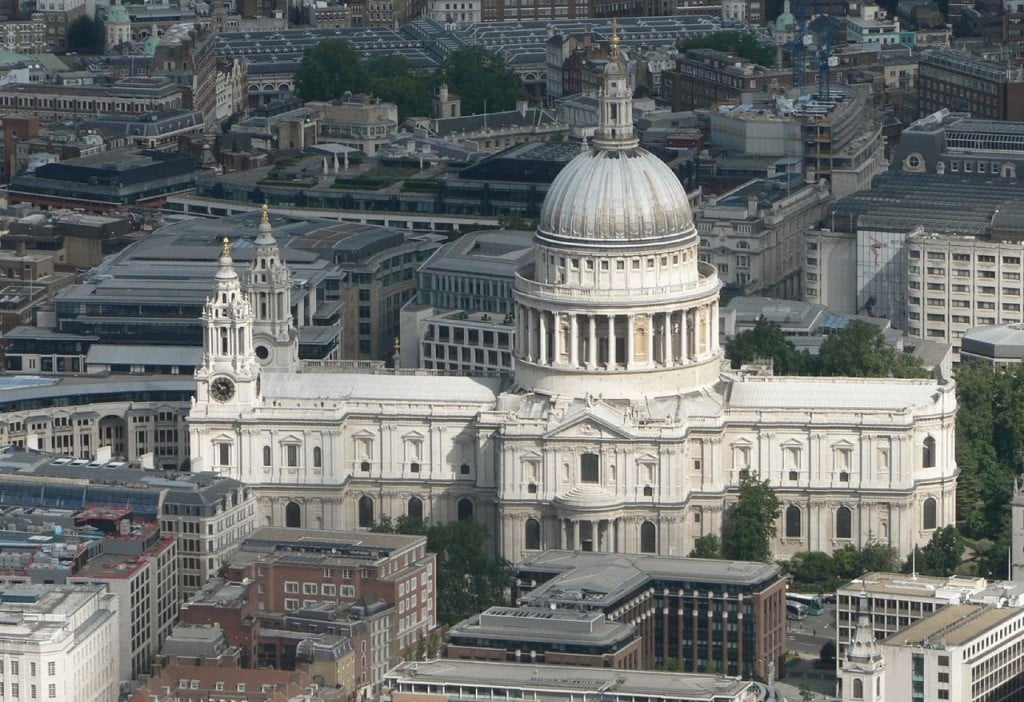 Most Famous Churches In The World: St Paul’s Cathedral, London

7. Church of the Nativity, Bethlehem, Palestinian territories – A basilica located in Bethlehem, The church was originally commissioned in 327 AD by Constantine and his mother Helena over the site that is still traditionally considered to be located over the cave that marks the birthplace of Jesus of Nazareth. The church is a World Heritage Site 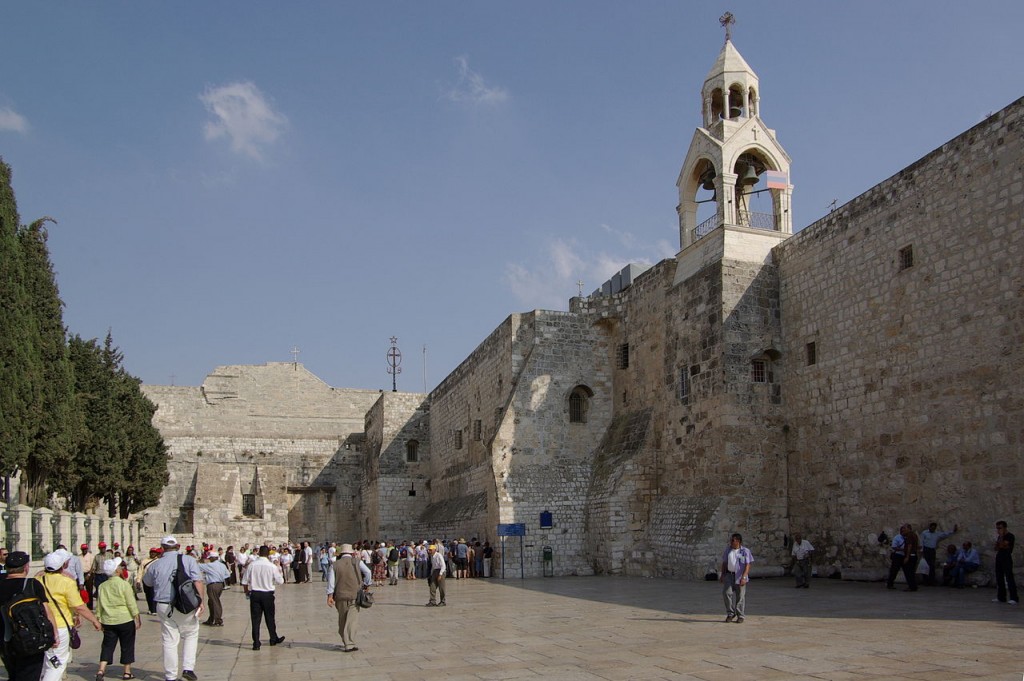 Most Famous Churches In The World:Church of the Nativity, Bethlehem

8. Church of the Holy Sepulchre, Jerusalem, Israel – Also called the Basilica of the Holy Sepulchre, or the Church of the Resurrection, it is a church within the Christian Quarter of the old city of Jerusalem. The site is located on the Hill of Calvary (Golgotha) where Jesus was believed to be crucified, and is said also to contain the place where Jesus was buried (the Sepulchre). For many Christians the site is the most important pilgrimage destination since even before the 4th century. The church is one of the best attractions in Jerusalem 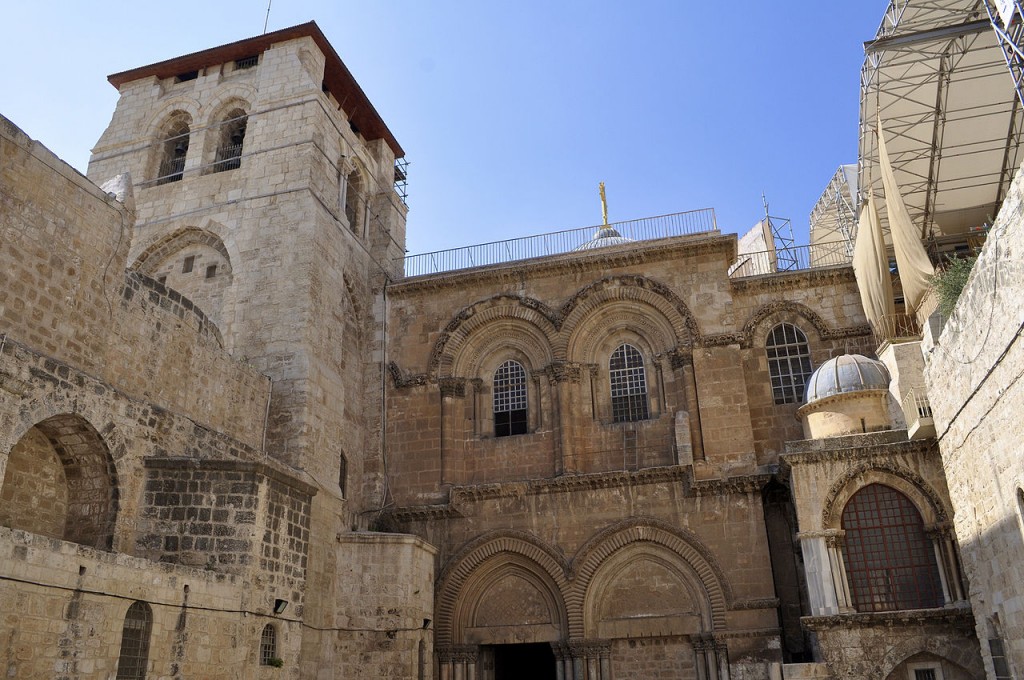 Most Famous Churches In The World: Church of the Holy Sepulchre, Jerusalem

9. Saint Mark’s Basilica, Venice, Italy – The most famous of Venice’s churches and one of the best known examples of Byzantine architecture. It is one of the icons of the city and the destination of every tourist in Venice. It was constructed in 1650 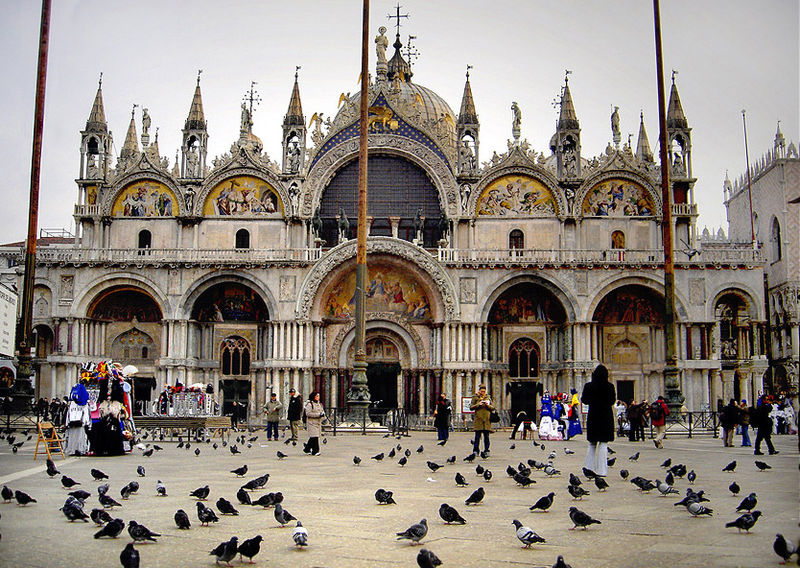 Most Famous Churches In The World:Saint Mark’s Basilica, Venice

10. Hagia Sophia, Istanbul, Turkey – A former Greek Orthodox patriarchal church, later an imperial mosque, and now a museum. From the date of its construction in 537 until 1453, it served as an Eastern Orthodox cathedral and seat of the Patriarchate of Constantinople, except between 1204 and 1261, when it was converted to a Roman Catholic cathedral under the Latin Empire. The building was a mosque from 1453 until 1931. It was then secularized and opened as a museum in1935 as it still is today 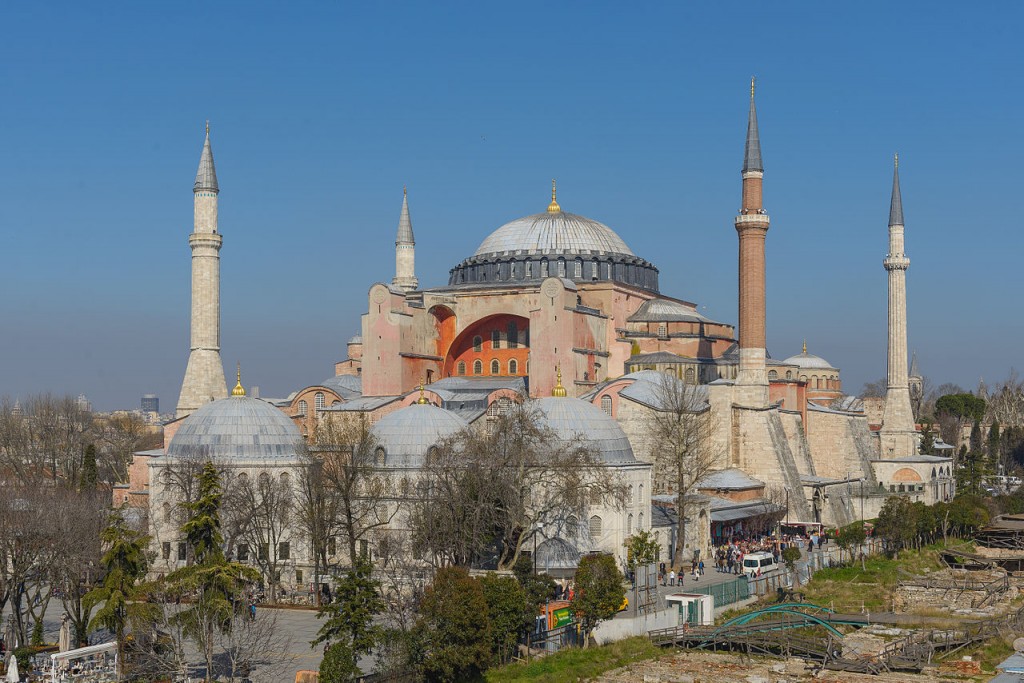 Most Famous Churches In The World: Hagia Sophia, Istanbul