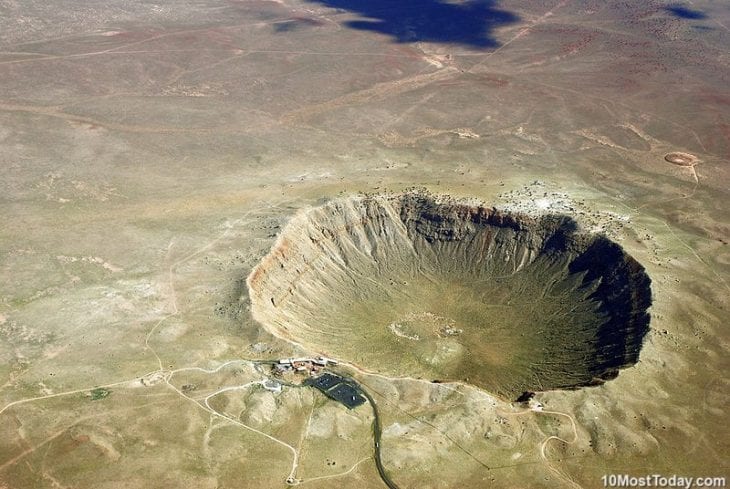 An impact crater, also known as meteorite crater is a crater created by a collision of a meteorite with the Earth surface. The following is a list of 10 impressive impact craters that can be seen and recognized by the naked eye. Therefore, the list contains small craters, rather than huge crates which are tens or hundreds of kilometers in diameter

The Barringer crater is one of the best preserved impact craters in the world. The impact occurred about 50,000 years ago by an iron meteorite – very recent with regards to meteorite impacts. It has a diameter of 1,200 meters (3,900 ft) and a depth of 170 m deep (570 ft). The crater is named after Daniel Barringer who was first to suggest that it was produced by meteorite impact. The Meteor crater is a U.S. National Natural Landmark and resides on a privately owned property 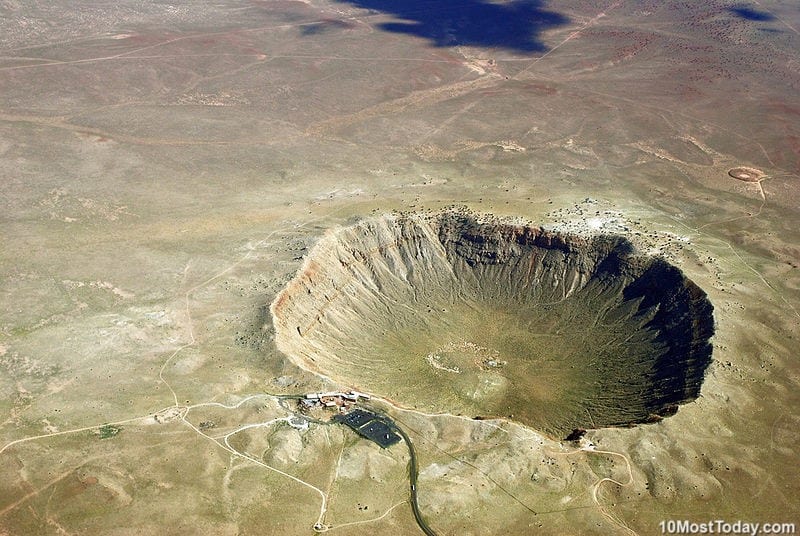 The Pingualuit crater, also known as Chubb Crater or New Quebec Crater is located in the Ungava Peninsula. It is 3.44 km (2.14 mi) in diameter, and has a depth of 400 m (1,300 ft). The impact occurred around 1.4 million years ago – older than Meteor Crater, but still young for an impact crater. The crater is filled with a lake called Pingualuk Lake 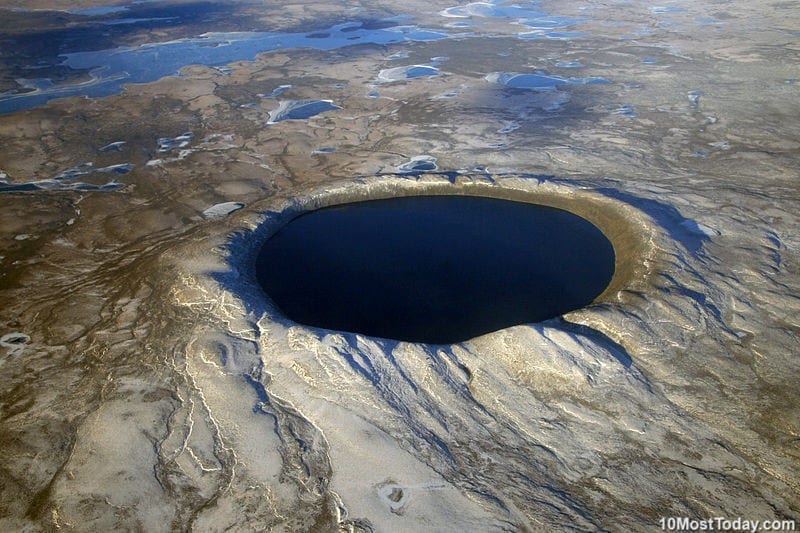 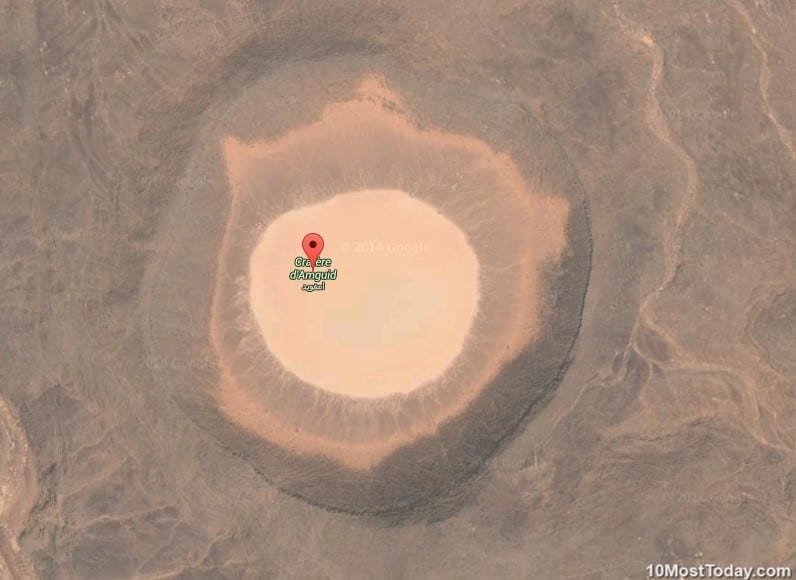 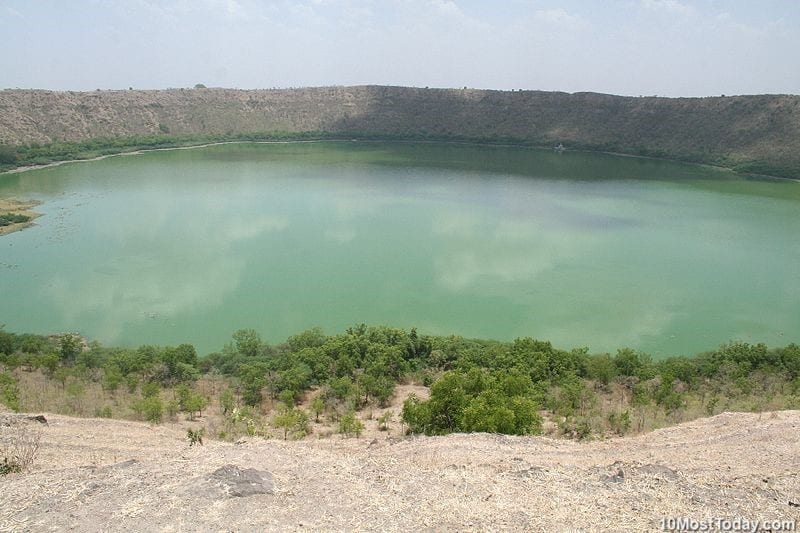 Located within Wolfe Creek Meteorite Crater National Park, this well-preserved meteorite crater was first found in 1947. It is about 875 meters (2,870 ft) in diameter and has a depth of about is 60 meters (196 ft). The age estimation is less than 300,000 years 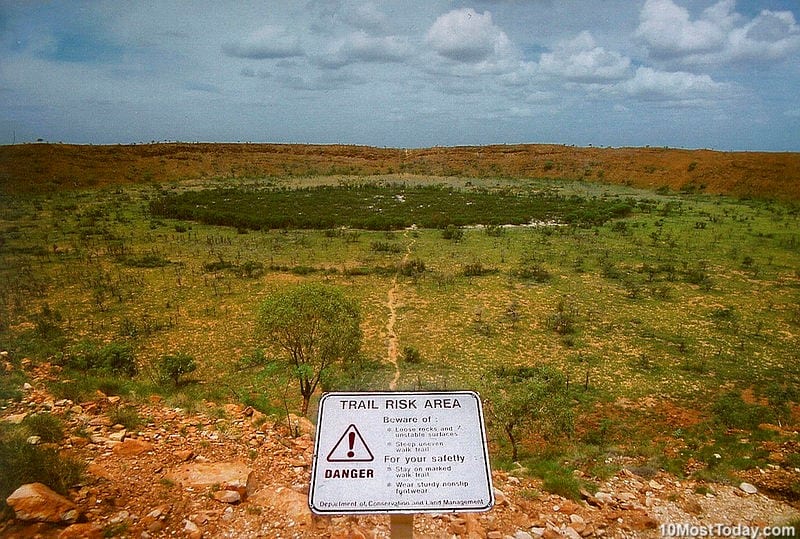 Located in the western Sahara Desert, this impact crater is 1.9 km in diameter, with edges that rise up to 110 meters above the crater’s base. It is one of the youngest of the craters in this list with an estimated age of somewhere between 10,000 – 30,000 years 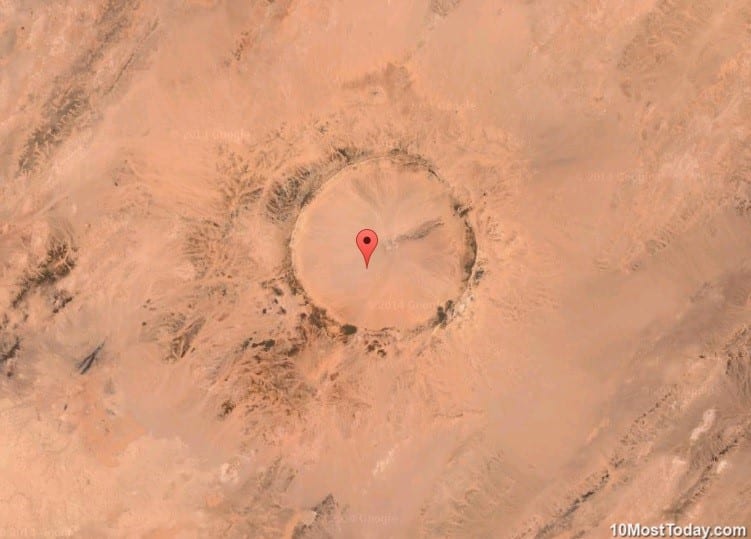 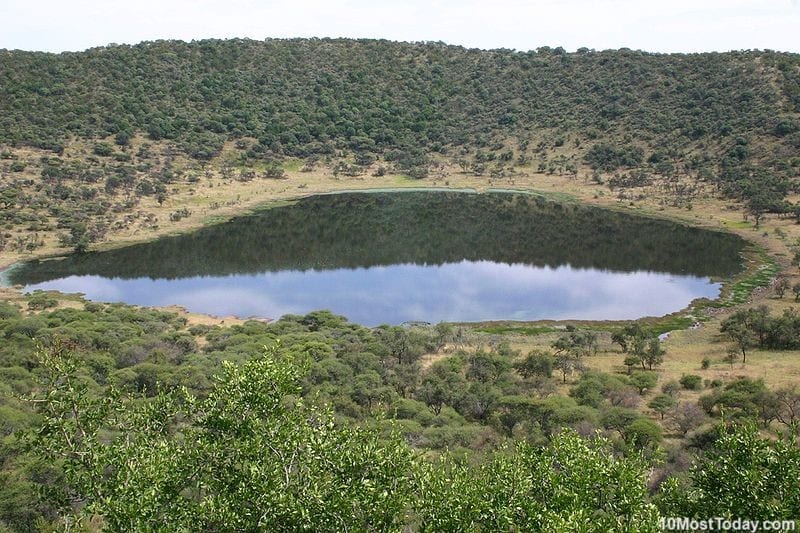 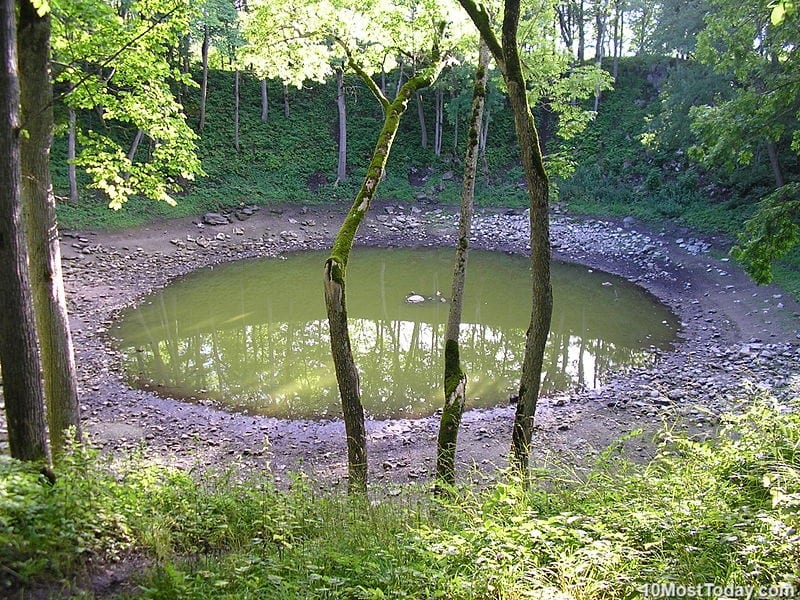 Another exposed impact crater in Mauritania, 390 meters wide with an age estimation of over 3 million years 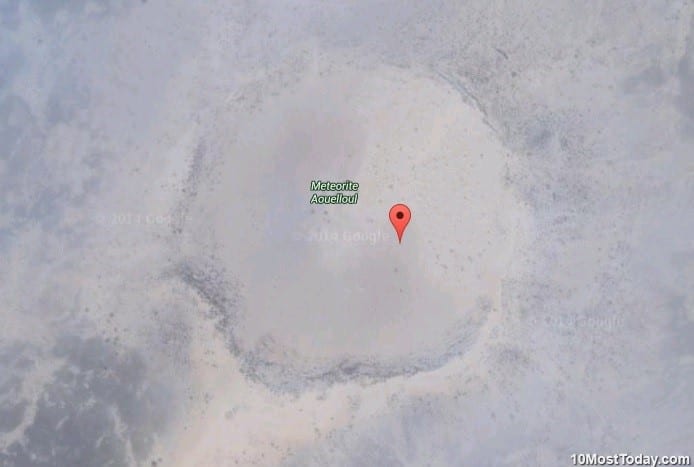 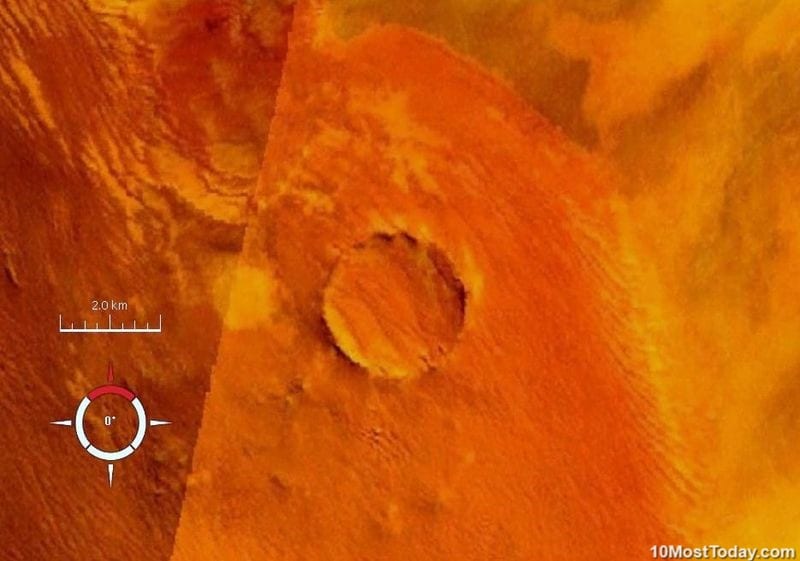 10 Most Beautiful Flowers in the World