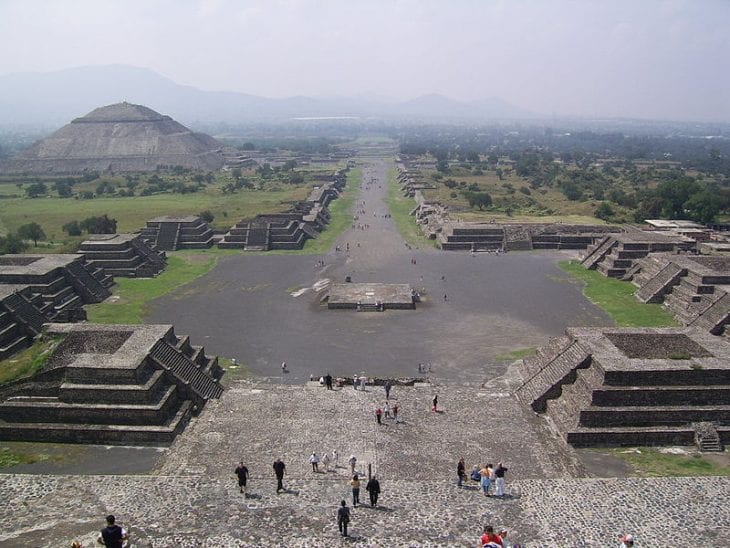 A lost city is a city that became uninhabited and its location has been forgotten. The search for such lost cities fascinated explorers and adventurers since the 15th century and led to the development of archaeology! A lost city should not be confused with ghost towns – cities that were recently abandoned due to different circumstances and their location is well known.

Machu Picchu, also known as “the Lost City of the Incas” is the most famous Inca site in the world. It is a 15th century site located on a mountain 2,430 metres (7,970 ft) above sea level, some 80 km (50 mi) northwest of Cusco. Most archaeologists believe that Machu Picchu was built as an estate for the Inca emperor Pachacuti. Machu Picchu is the most visited tourist attraction in Peru 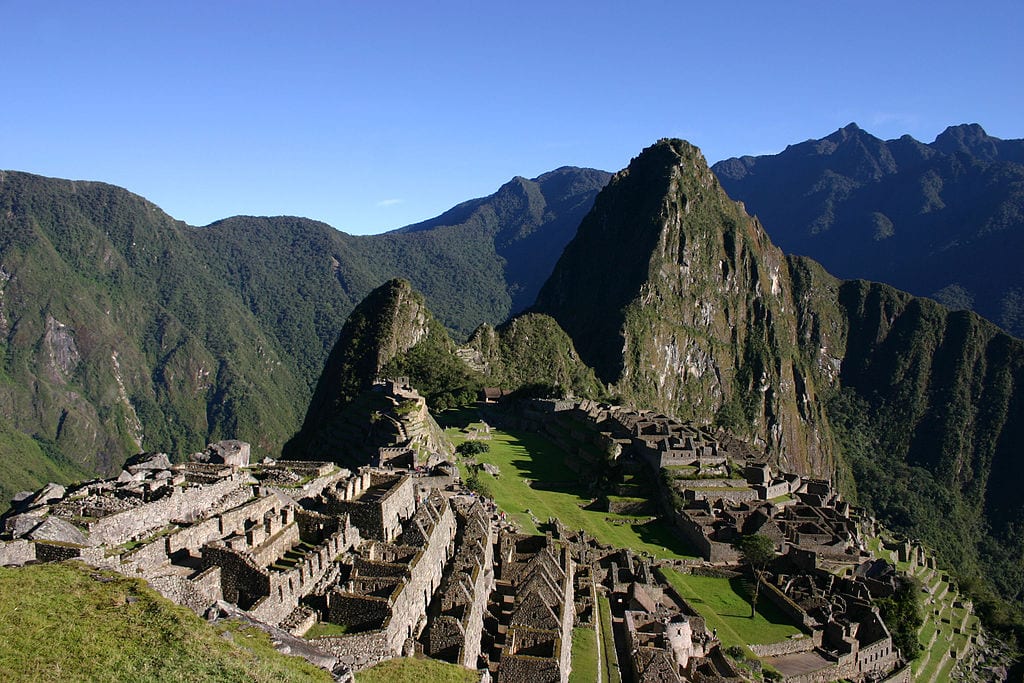 Angkor was a thriving city from the 9th till the 15th century and featured the Angkor Wat – the largest religious monument in the world. In the 15th century the city fell to decline, and was invaded and looted. The city was almost entirely abandoned and forgotten, but the temple built by the Khmer King Suryavarman 2 as his state temple and later mausoleum survived and today Angkor Wat is the most famous monument and most visited site in Cambodia. It has become the symbol of the country and appears on its national flag 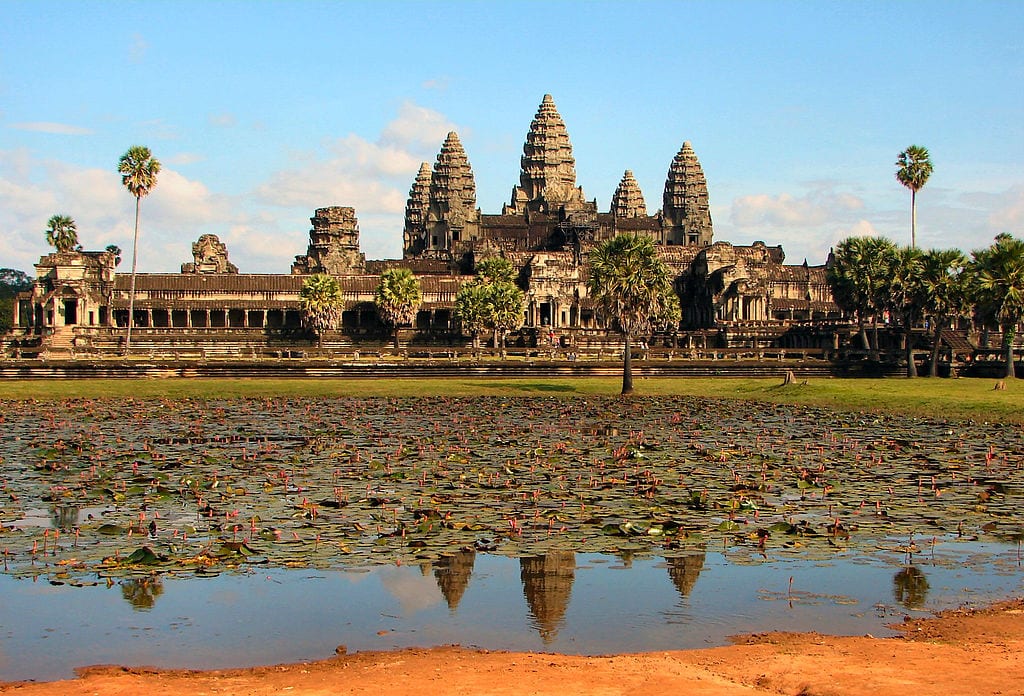 The story of Pompeii is probably the most famous story in this list. In 79 AD mount Vesuvius erupted. Vesuvius, still today one of the most active volcanoes in the world, buried the cities of Herculaneum and Pompeii. The residents of the cities either fled or were buried with the cities, and the cities were forgotten over the years. In the 18th century they were rediscovered during excavations, and today Pompeii is thriving as a tourists attraction, offering a glimpse into the past, to a city that froze in time almost 2,000 years ago 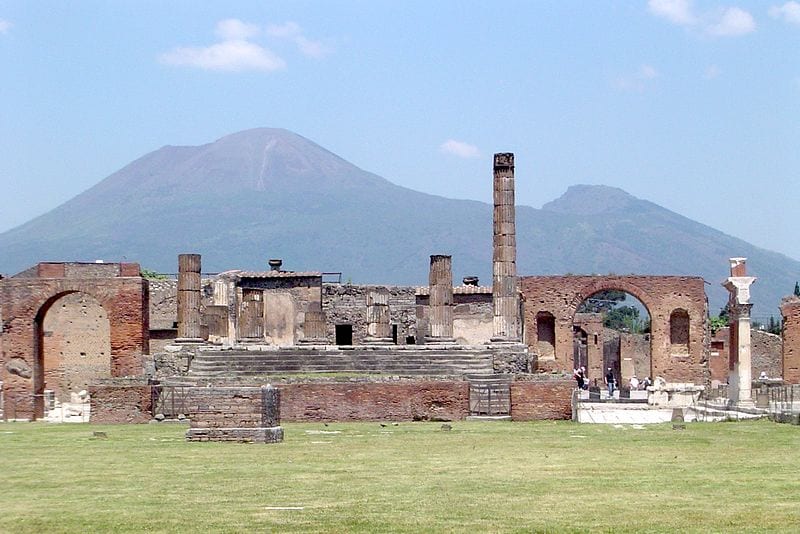 Most Incredible Lost Cities: Pompeii – with Mount Vesuvius in the background (source: Qfl247)

Petra was the ancient capital of the Nabataean kingdom. A city carved in stone, into the side of the Wadi Musa. The city was possibly established as early as 312 BC and flourished for a long time as it was important junction for the silk and spice routes that linked the East and the West. The city fell to decline and was finally abandoned in the 6th century, after a series of earthquakes ruined its water supply. The important and beautiful city was eventually forgotten. It was discovered to the Western world only in 1812 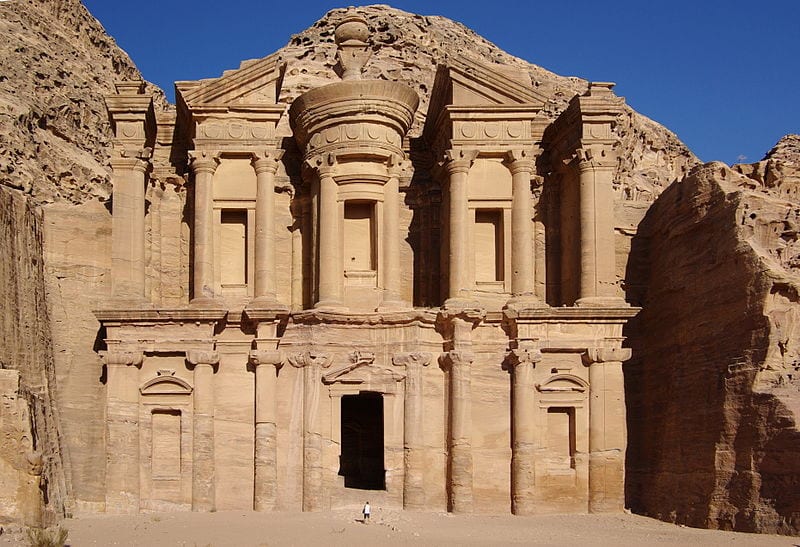 Tikal was an ancient city of the Maya civilization, located in a rainforest in Guatemala. The city thrived as the capital of a powerful kingdom until it was conquered by Teotihuacan in the 4th century AD. After it was conquered, it gradually declined until it was eventually entirely abandoned by the end of the 10th century. Today, the city is one of the largest archaeological sites of the Maya civilization and is known for its many pyramid-shaped temples, including the Temple of the Great Jaguar – one of the most notable pyramids in the world 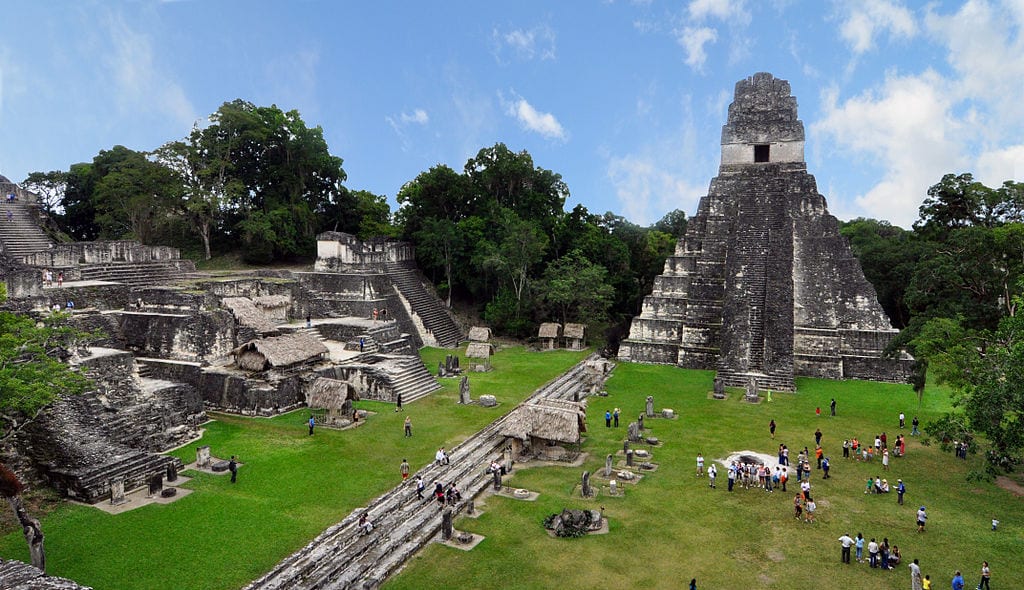 Most Incredible Lost Cities: Tikal. On the right is the Temple of the Great Jaguar (source: chensiyuan)

Teotihuacan is an archaeological site near Mexico City. The city is filled with pyramids and is about 20 square km (8 sq miles). It was a huge urban center and home to probably 100,000 people. The city was ruined and abandoned some 1,400 years ago. Centuries after it was forgotten, the city was taken over by the Aztecs. The modern name was given by the Aztec people and the meaning is “the place where the gods were created”. It’s unclear who were the original builders of the mysterious city. Teotihuacan is also home to Pyramid Of The Sun – one of the most amazing pyramids in the world 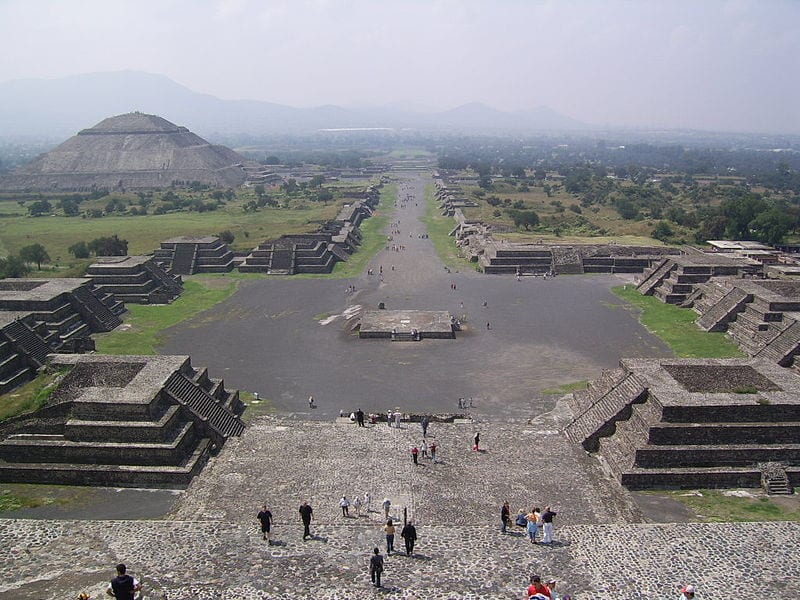 Most Incredible Lost Cities: Teotihuacan. The big pyramid on the left is the Pyramid Of The Sun

Located near Lake Titicaca in Bolivia, Tiwanaku was an important regional power in the southern Andes between the 7th century and the 9th century. It is though to have been home to somewhere between 15,000 and 30,000 inhabitants or more. Around 1000 AD, climate shift prevented Tiwanaku to continue it’s food production, causing the city decline and abandonment 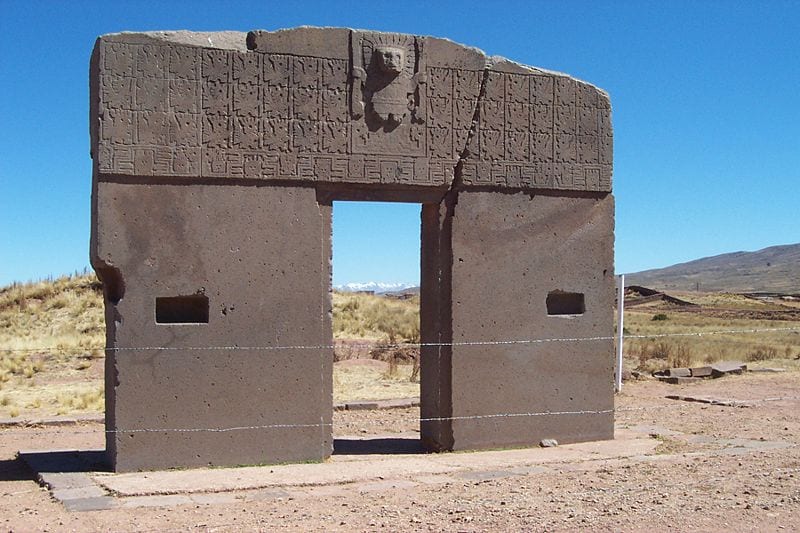 Located in today’s southern Mexico, Palenque was a Maya city that flourished during the 7th century. Palenque declined during the 8th century, entirely absorbed by the thick jungle and forgotten by time. Interest in the site arose again during the 19th century, and later the city was excavated and restored and is now a famous archaeological site visited by many tourists every year 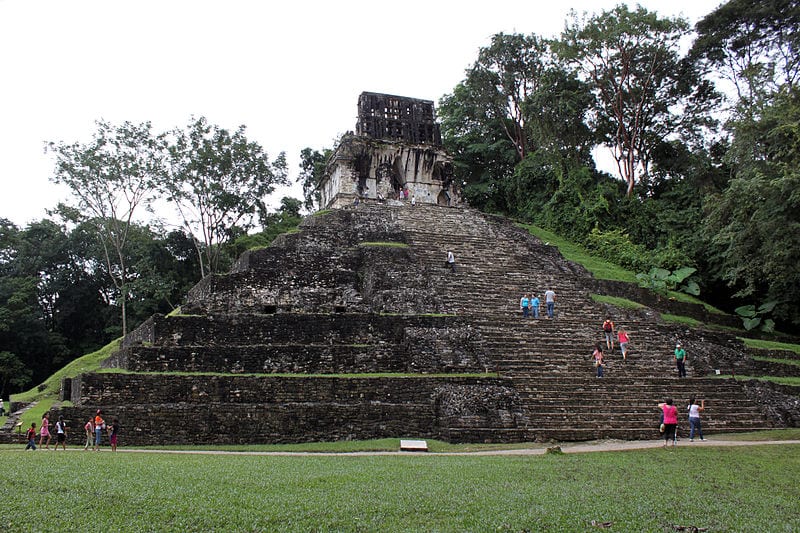 For centuries Troy was considered to be only a legend, a city that never really existed outside the poems of Homer, and especially the Iliad, where it is mentioned as part of the Trojan War. The legend turned out to be true only in the 1860s, when it was first excavated in northwest Anatolia. We now know that the city was repeatedly destroyed and rebuilt, slowly declined until it was finally abandoned during the Byzantine era 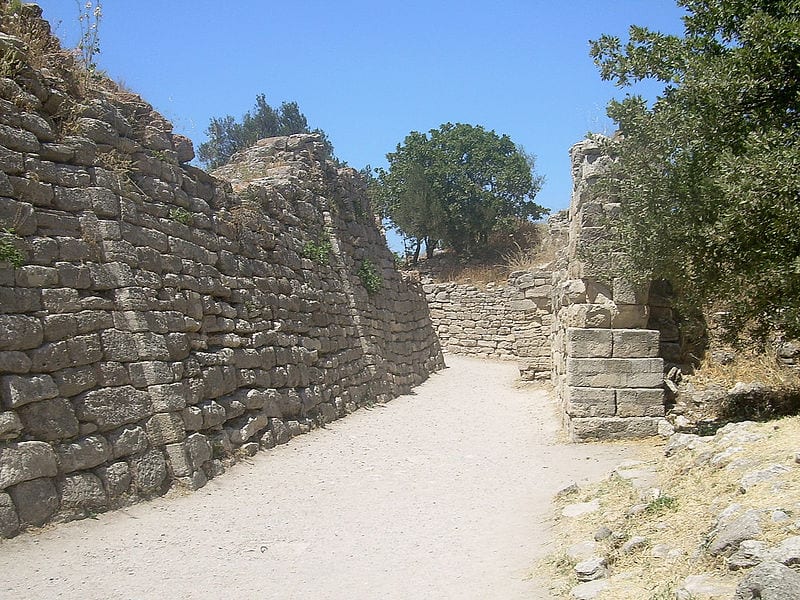 Most Incredible Lost Cities: Troy – the old walls of the city (source: CherryX)

Unlike the rest of the cities in this list, Atlantis was never found, and historians almost unanimously agree that it never existed. Atlantis was mentioned within an allegory on the hubris of nations in Plato’s works, and in this allegory, Atlantis eventually submerges into the Atlantic Ocean. Despite the fact that most agree that the city never existed, some people still search for the remains of the most famous lost city in history, which according to Plato is located “beyond the Pillars of Hercules”. There are many hypotheses as to the whereabouts of Atlantis, from islands in the Mediterranean, island in northern Europe, and even Antarctica was mentioned as a possible location 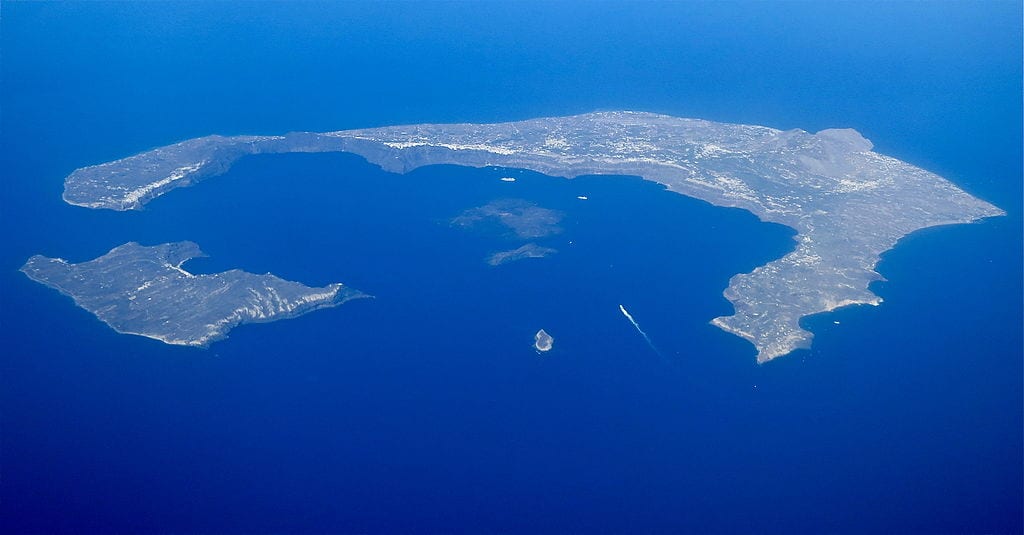 The Santorini Caldera – a suggested location for the submerged Atlantis (source: Steve Jurvetson)