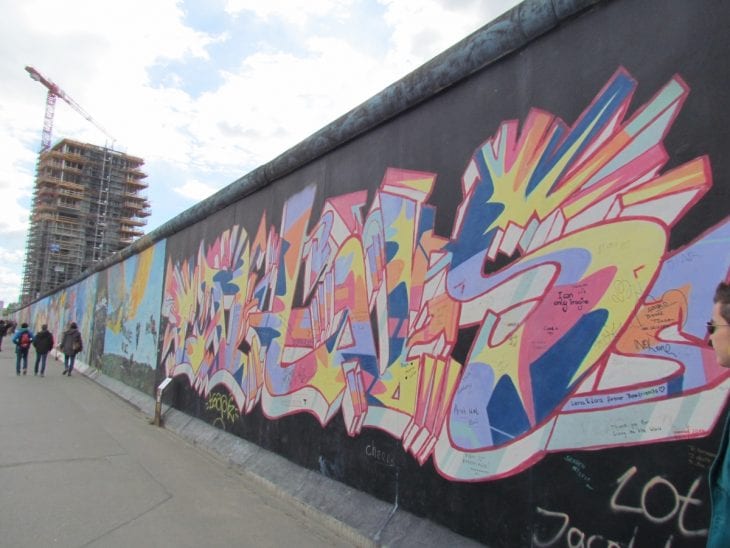 Building a barrier to protect oneself and one’s interests is not a new notion and has been around for thousands of years. The following is a list of amazing man made barriers that were built with enormous investments both financial and in man labor, and took years to complete. These barriers were built as borders between countries, to stop military invasions, to stop incoming or even outgoing immigration, barriers built to stop wildlife, and flood barriers.

1. The Great Wall Of China, China

Built in the 14th century, the Great Wall Of China stretches for 8,850 kilometers!  This amazing wall was built to protect the northern borders of the Chinese Empire from the attacks of nomadic tribes. The Great Wall is often claimed to be the only man made structure visible from space with the naked eye, but this legend is false

Most Incredible Man Made Barriers: The Great Wall Of China

The construction of the famous Berlin wall began in 1961, at the peak of the cold war, as a barrier between the east and the west. It was built in the middle of Berlin by East Germany in order to stop East Berliners to escape to the west. It was finally taken down with the fall of the Soviet Union in 1989. Remnants can still be found today in Berlin and are one of the biggest tourists attractions 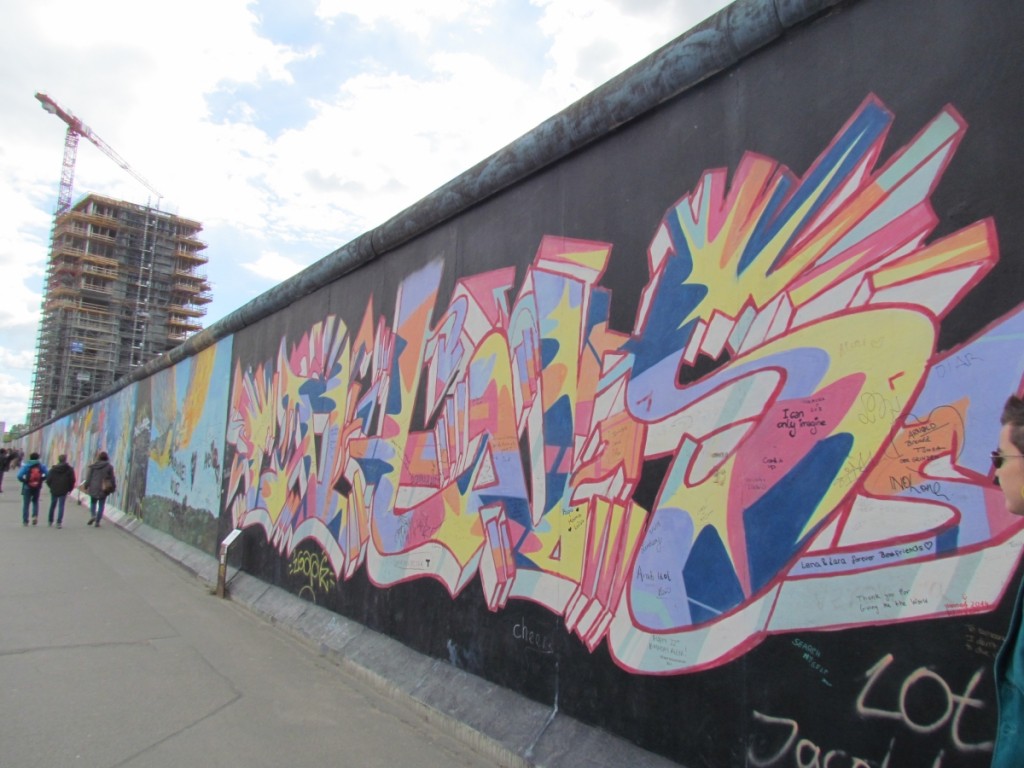 Most Incredible Man Made Barriers: The Berlin Wall, Germany

The Maginot Line was a barrier that France built during the 1930s along the border with Germany. This defensive lines contained concrete fortifications, obstacles, tunnels, and many weapons installations, all intended to stop, or slow down a surprise German attack. The width of the barrier was 20 – 25 km (12 – 16 miles) and the total length was 720 km (450 miles). It took years to complete and incredible amounts of money, but it absolutely failed to protect France from Germany in the second world war. Some parts of the monumental barrier are still visible and can be visited today 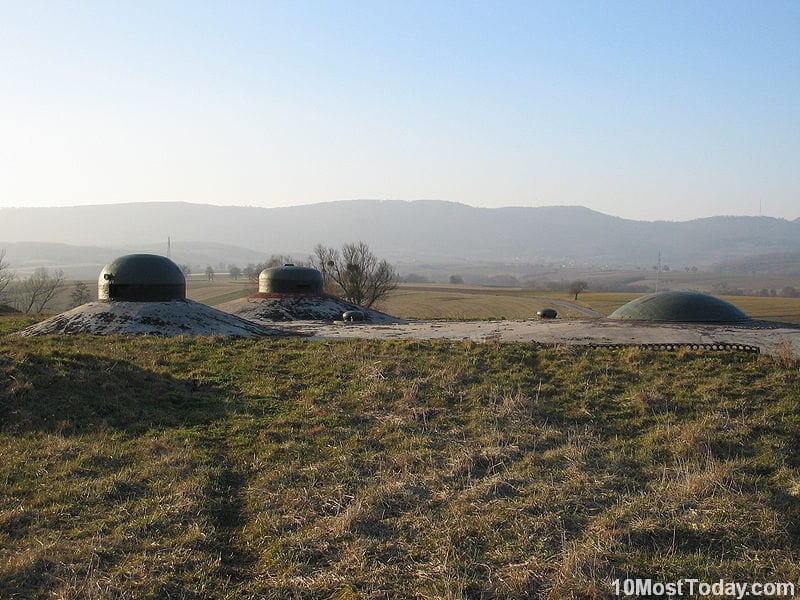 The longest wall in Europe, this wall was built by the Romans to protect their colony Britannia from the tribes in Scotland. It stretches for 117 km (73 miles) all across the land from shore to shore 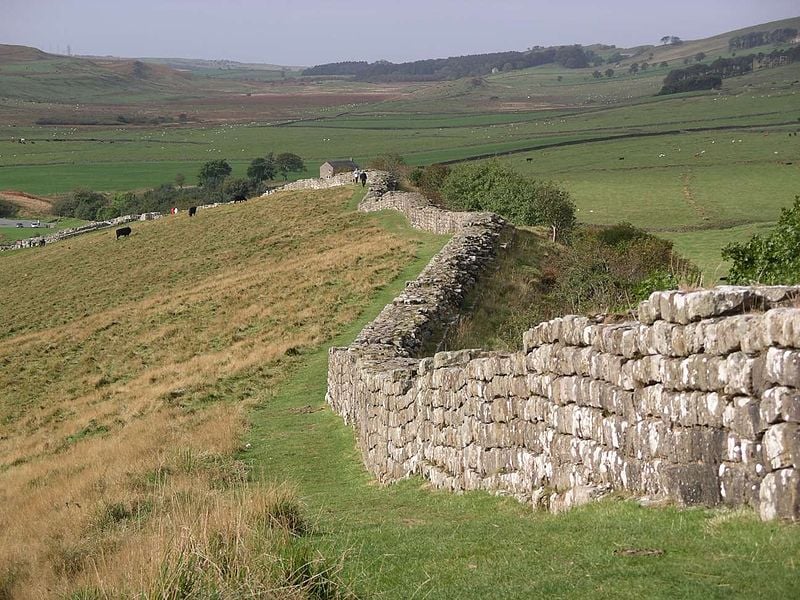 The Rabbit Proof Fence, now called the State Barrier Fence, was built between 1901 and 1907 to keep rabbits and other pests away from west Australia. There were actually 3 segments of fence, but the first one, upon its completion was the longest unbroken fence in the world, stretching continuously for 1,833 km (1,139 miles) 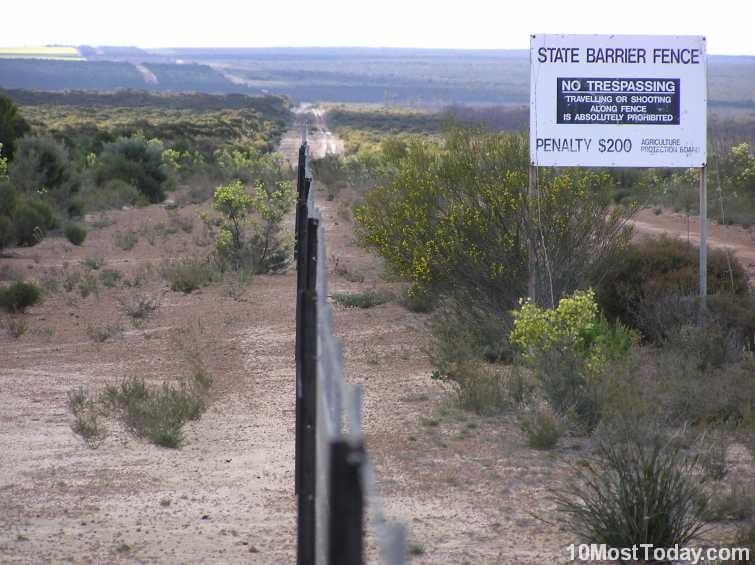 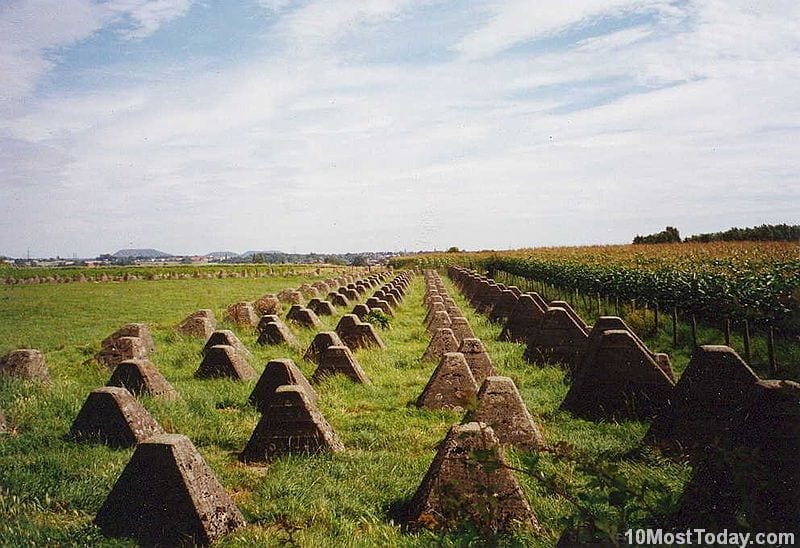 The Dingo Fence or Dog Fence is a pest-exclusion fence, similar to the Rabbit Proof Fence. Its construction took several years and it was completed in 1885. The purpose of the fence is to keep dingoes away from agricultural areas is south-east Australia, and protect sheep flocks in southern Queensland. It is the world’s longest fence stretching for 5,614 km (3,488 mi). It has been partly successful 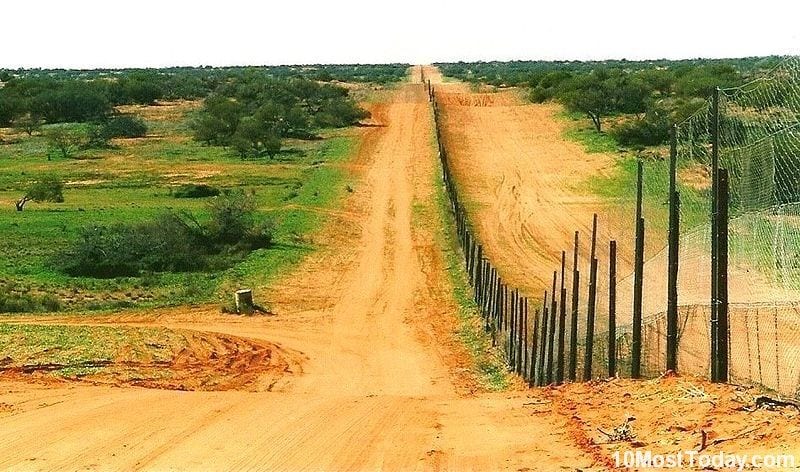 The border between Bangladesh and India is the fifth-longest land border in the world at a length of 3,909 kilometer (2,429 miles). India is currently constructing the Indo-Bangladeshi barrier, a 3,406 km (2,116 mi) long barrier along the border. The barrier is a 3 meters high concrete walls and barbed wire, electrified at some sections, along with patrol roads. The purpose of the barrier is to stop narcotics smuggling and most of it is already completed 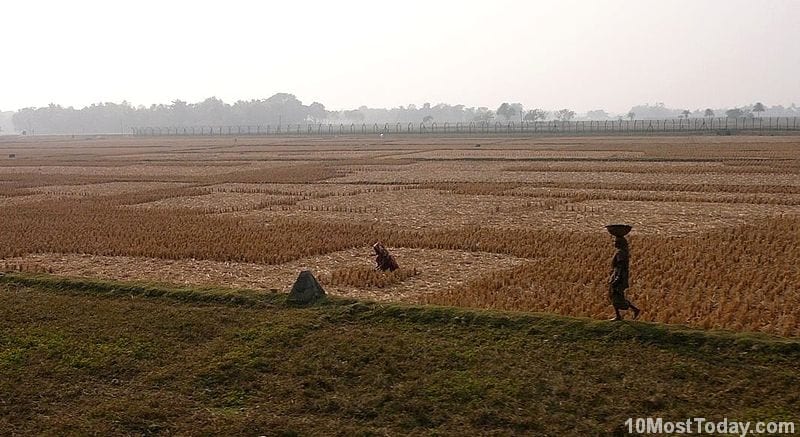 Most Incredible Man Made Barriers: The Indo-Bangladeshi barrier, India

The Korean Demilitarized Zone is a buffer zone between South Korea and North Korea. This border barrier runs across the Korean Peninsula at a total length of 250 km (160 miles) and a width of about 4 km (2.5 mi). This border outside the DMZ is the most heavily militarized border in the world, but inside the DMZ itself the natural isolation has created one of the most well-preserved areas of temperate habitat with several endangered animal and plant species such as the Korean tiger, Amur leopard and Asiatic black bear 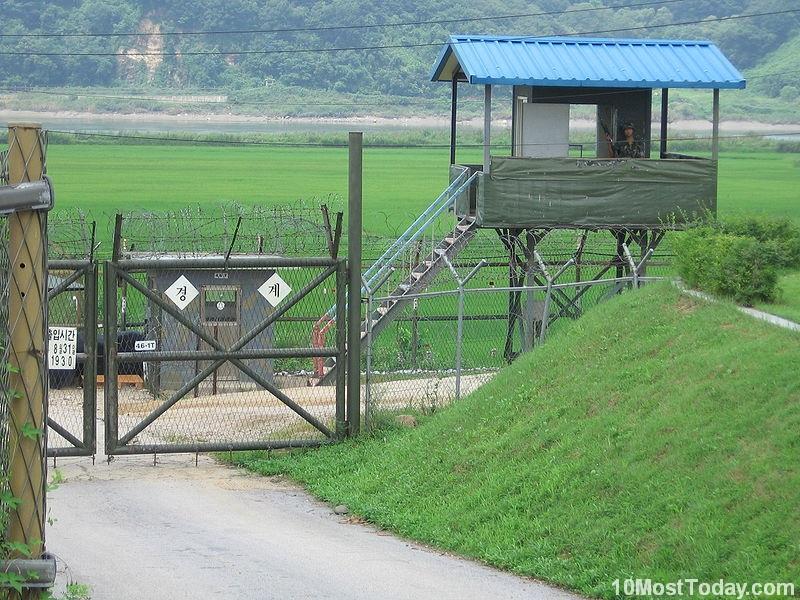 10. Delta Works flood barrier and the Oosterscheldekering, the Netherlands

10 Most Beautiful Roman Aqueducts In...