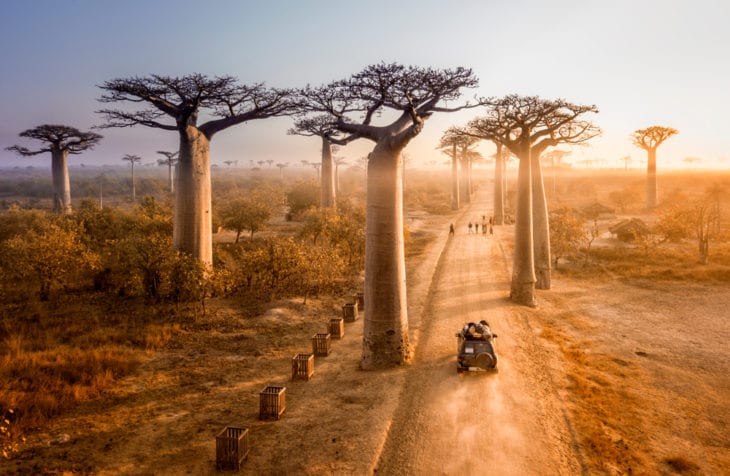 No living things last forever in this world. Just like trees, they may live up to hundreds of years but eventually, they wither and die. Some famous trees were unfortunately lost because of mankind. The L’ Arbre du Tenere, the most isolated tree in Sahara, was damaged and knocked down by a Libyan drunk driver by his truck in 1973. In August of 2017, during a storm, high winds blew down the famous tree known as Anne Frank in Amsterdam. Fortunately, plenty of special trees are still out there. Let’s peek at the world’s most popular trees. 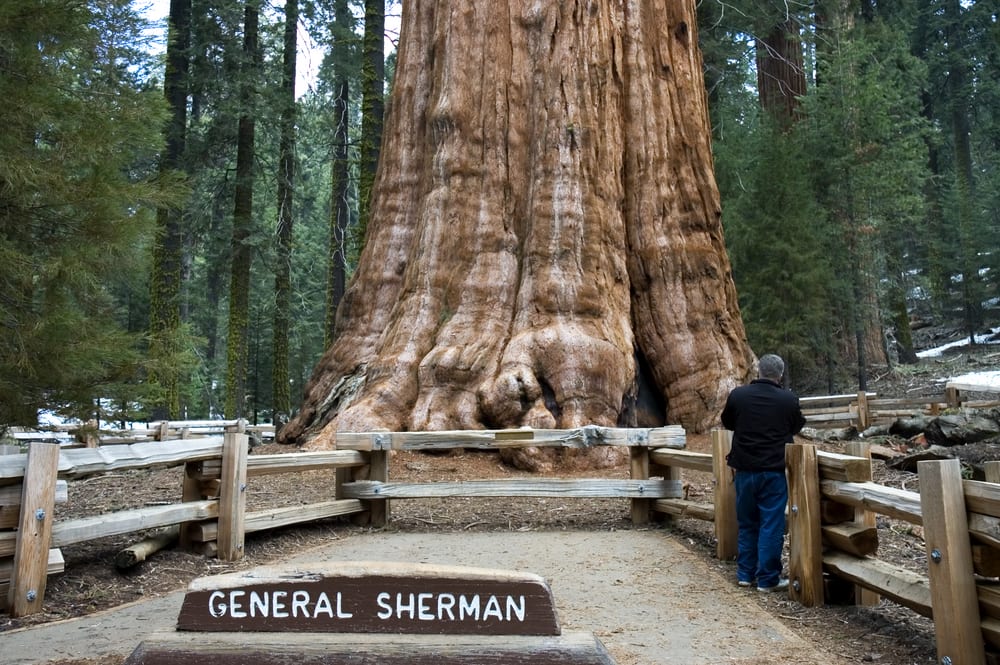 Based in the Giant Forest in California‘s Sequoia National Park, is the Giant Sequoia. This popular tree belongs to the largest trees around the world in which if they are measured in volume, 5 of its 10 largest trees in the planet are confined in this forest. The biggest of all is the tree of General Sherman having a base of 36.5 ft (11.1 meters). It is speculated that this tree is between 2,300 to 2,700 years of age. 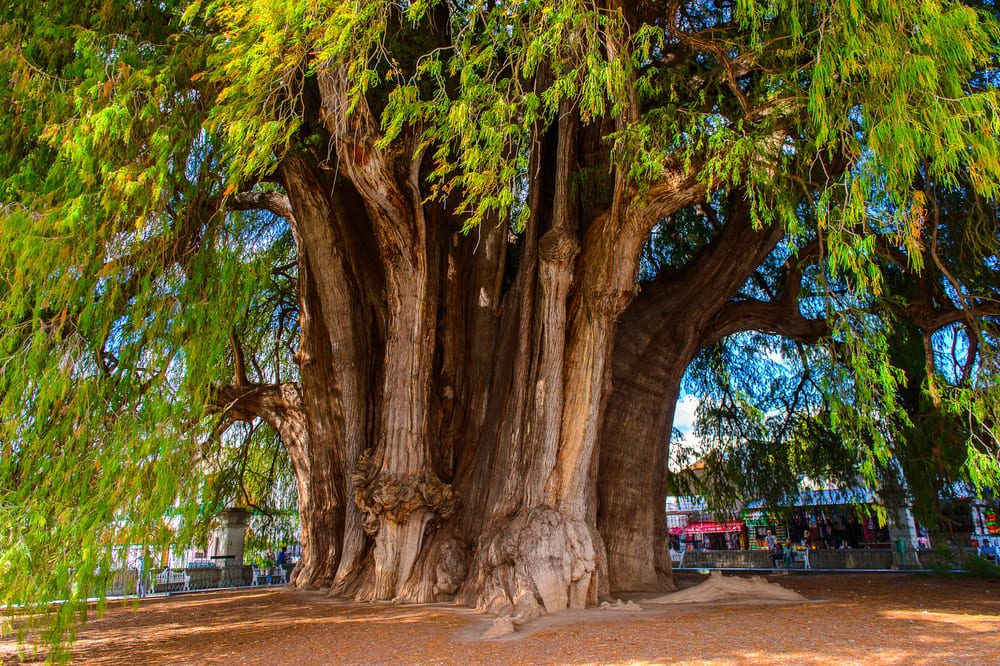 Oaxaca, a Mexican state where Arbol del Tule the “Montezuma Cypress” situated (center town of Santa María del Tule). It has the bulkiest trunk of any tree found worldwide. Despite its trunk is massively buttressed, providing a larger reading of its diameter than the true cross-section of its trunk. It was formerly speculated to be made up of multiple trees because it is so enormous, but its DNA tests showed that it is one tree only. Its period of existence was approximated between 1,200 to 3,000 years. 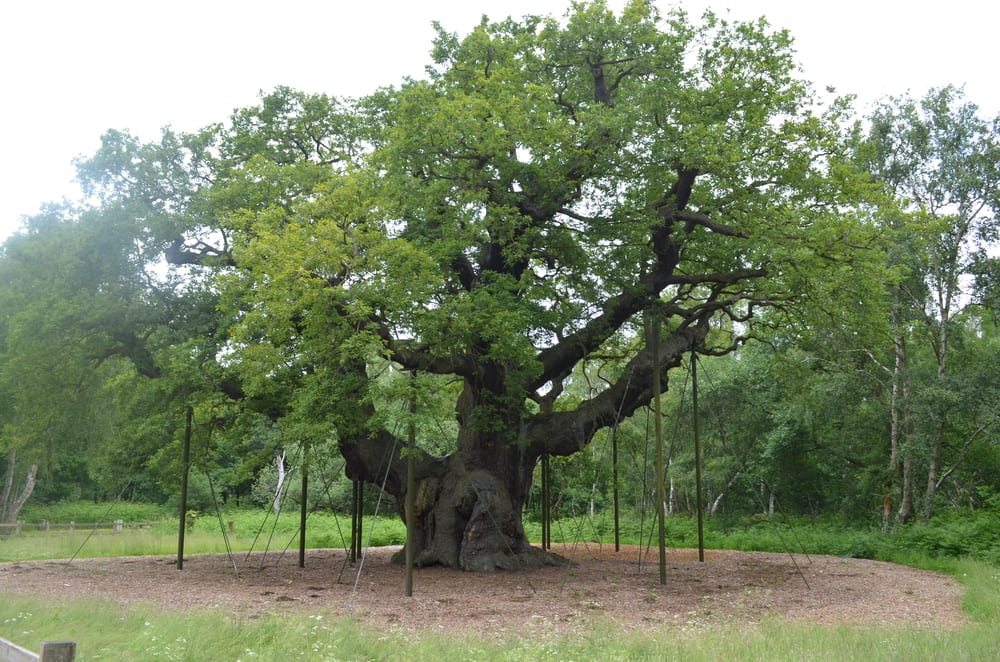 An enormous oak tree was found in Nottinghamshire of England, right at the center of Sherwood Forests. According to the local folklore, the Major Oak was a shelter to Robin Hood and his group of outlaws. This popular tree was about 800 – 1000 years of age. In 1790, an antiquarian Major Hayman Rooke included this tree in his famous book about Sherwood’s ancient oaks which became known as “The Major’s Oak.” 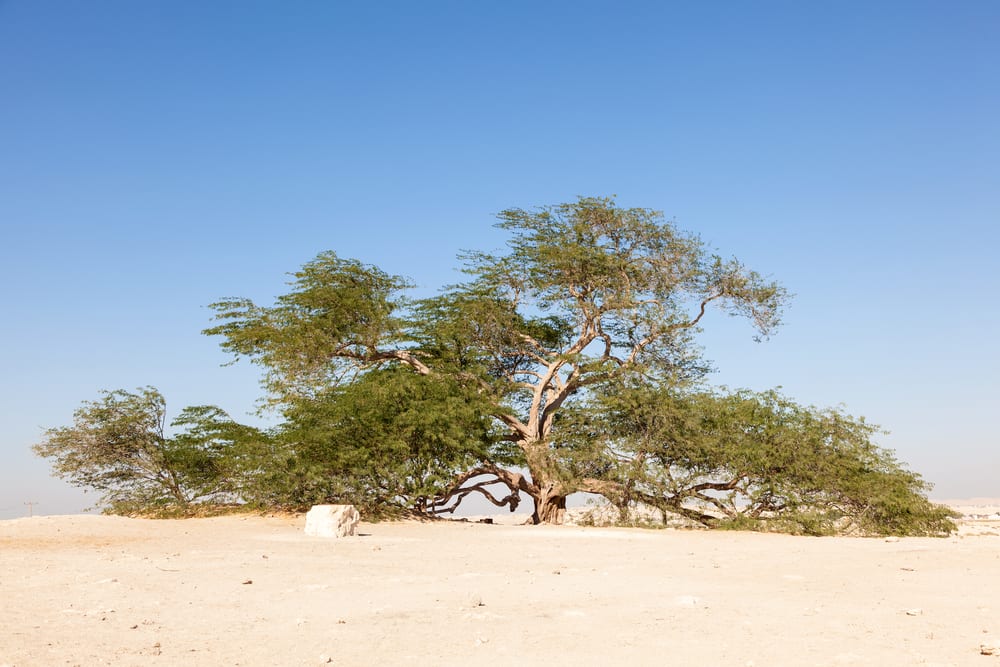 Flourished at the center of a desert in Bahrainis mesquite tree. It is said that this tree is about 400-500 years of age. It’s a miracle living in the barren and vast desert, this tree is the only living green organism in this area and having long roots, most probably found a source of underground water. It was believed by local inhabitants that it was the real location of Garden of Eden.

In Freetown, Sierra Leone’s capital city, the Cotton tree was known for its historic symbol. According to its story of the past, this became a significant symbol in the year 1792 by former slaves, a group of African American who acquired their freedom through fighting with the British at the time of American War of Independence, settling the site in modern Freetown. The thanksgiving service was held when they landed on the shoreline and moved along towards the giant tree and expresses their gratitude to God for the deliverance towards free land. 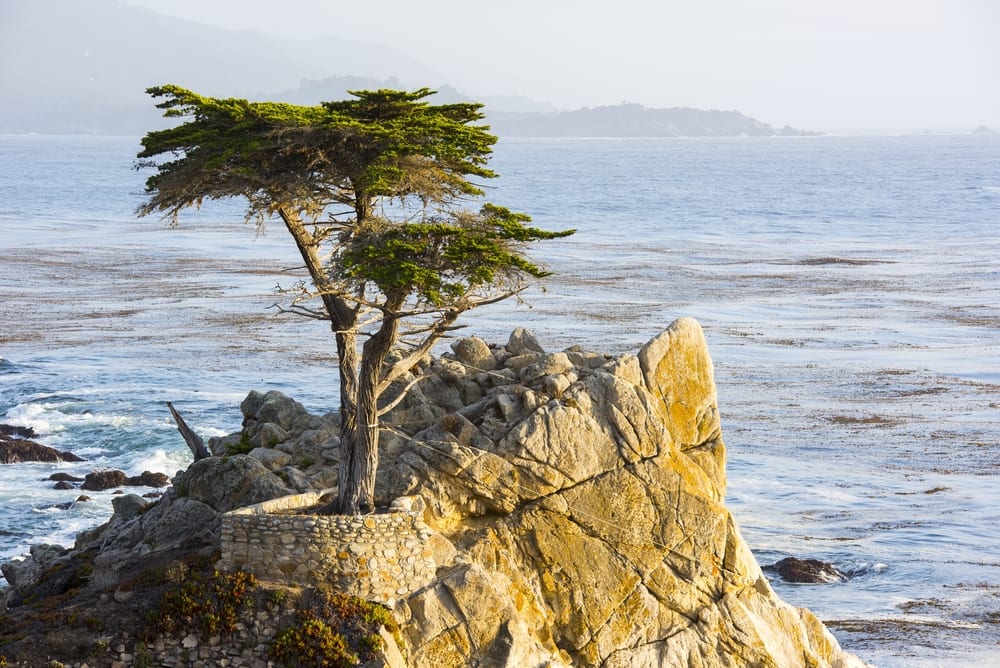 This tree near the Monterey was perhaps the most popular by its 17-Miles Drive, the scenic road towards Pacific Grove to Pebble Beach. The path on this road winds up through miles of stunning coastal glimpse on the Pacific, with turns along its way in its most picturesque and historical sites. The Monterey Cypress is native to California’s Central Coast. In the wilderness, this species is within two small population, near the Carmel and Monterey. 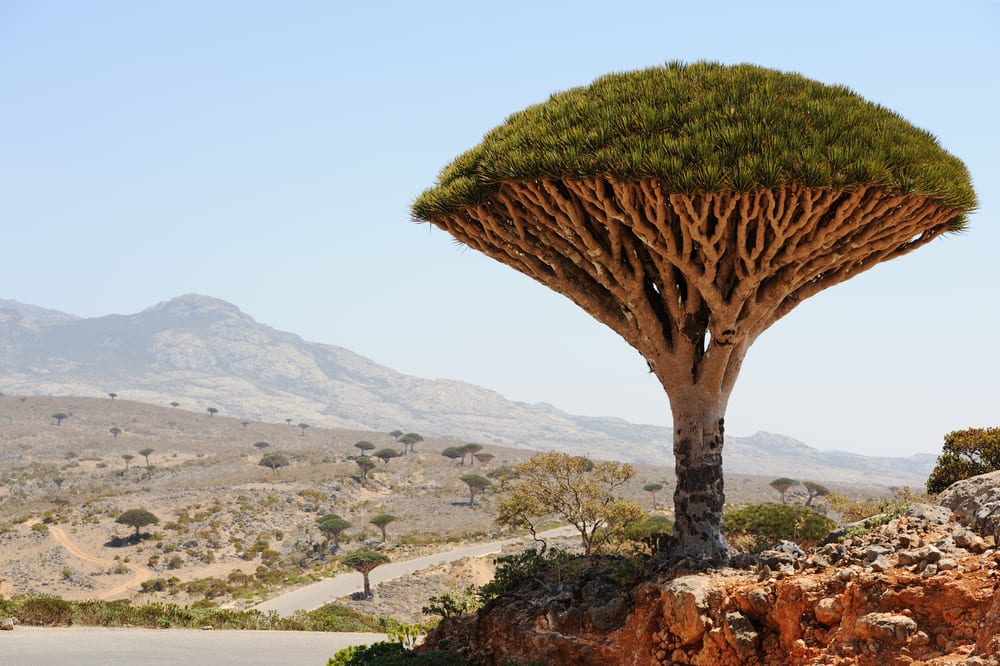 This tree is popular and distinctive in the Socotra island with a strange and unique appearance, possessing an upside-down umbrella shape. Its name derived from a resin colored dark red which was known as the “dragon’s blood”. Its extraordinary shape provides the tree an optimal survival during arid conditions. The large packed crown serves as a sufficient shade to reduce evaporation.

8. The Cedars of God 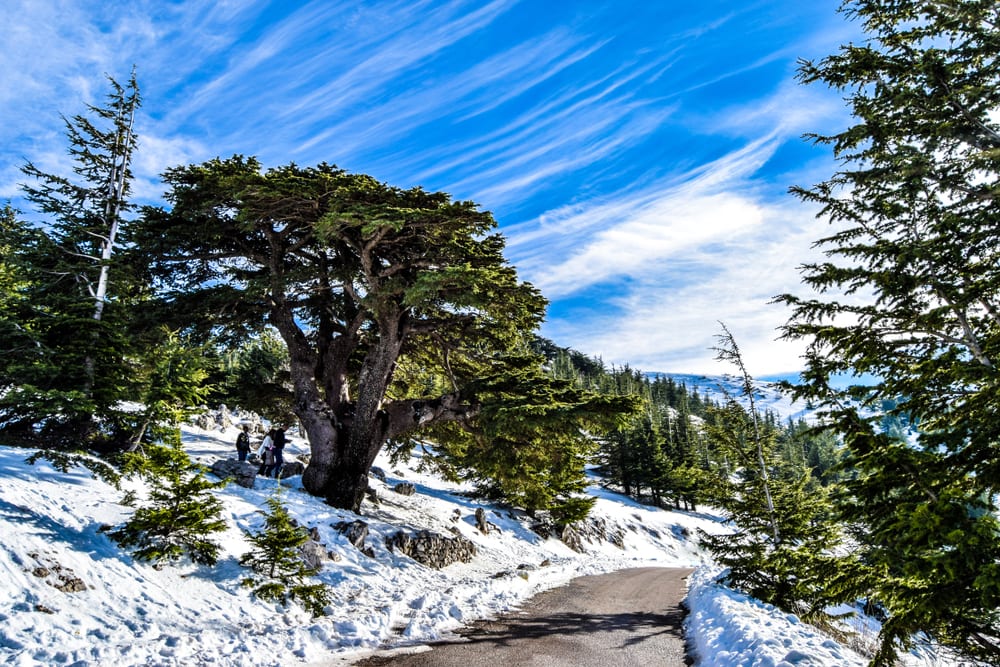 Located at the northern Lebanon mountains, is a little forest Cedars of God with 400 trees of Lebanon Cedar. They’re among its last survivors of extensive forests that flourish during the ancient times in the region. This Cedars of Lebanon were mentioned 70 times over in the Holy Bible. Its resin was used by ancient Egyptians for the mummification and its trees were used by King Solomon for the construction of Jerusalem’s First Temple.

This tree is a huge hollow tree located south of the Derby on Western Australia. It is believed that it was used to lock up Australian Indigenous prisoners in 1890s on the way to their sentencing in Derby. In the latter years, the tree was protected against vandalism by placing a fence around it.

10. The Avenue of the Baobabs 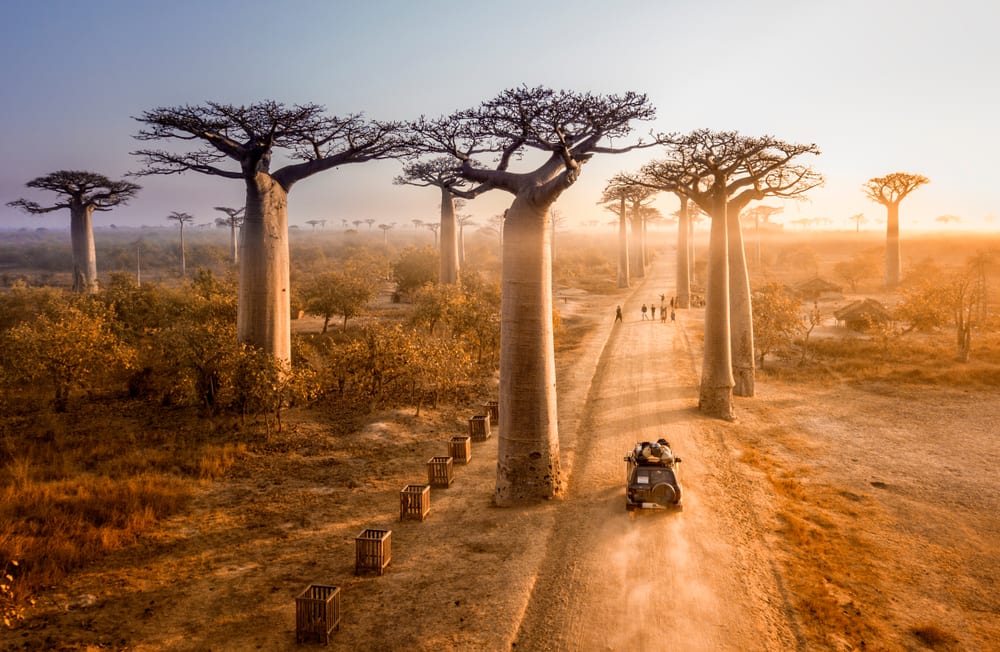 These popular trees line the dirt road in between the Belon’i Tsiribihina and Morondava on western Madagascar. The fascinating landscape attracts travelers all over the world, which makes it among the most seen and visited tourist spot in Madagascar. This Baobab trees of up to 800 years of age, didn’t really basically tower in remoteness over the arid landscape of scrubs yet stood in the dense tropical forests. Due to the growth in population over a period of years, forests were cleared for their agriculture, which leaves only the popular baobab trees.

Are you in total awe with these famous trees listed above? Try to check these 10 most amazing trees, too!