10 Most Scary Diseases that Affect Humans 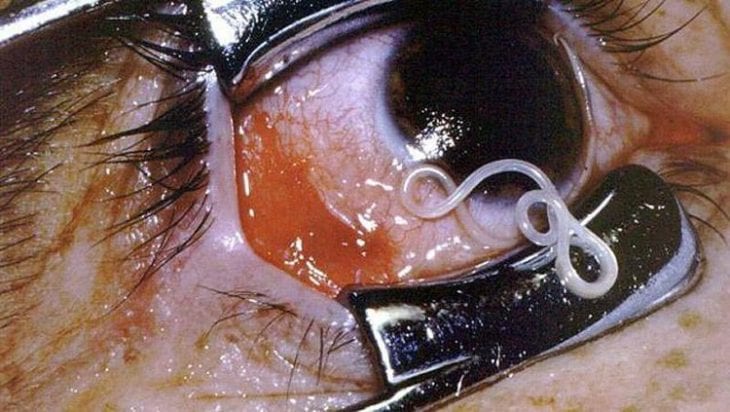 Every disease has been a distress to the world that threatens every human being. It causes suffering, despair and pain to those who have it. Some illnesses may have resulted to lifetime torn or even death.

Hundreds of these scariest diseases are the worst ones. It’s worth to know these kinds of diseases and I bet you haven’t heard some of these frightening diseases before.

Below are the 10 most scary diseases that affect humans.

Face, genitals or mouth are the parts that are usually affected by Noma. It’s a type of gangrene that’s rapidly progressive. Prevotella intermedia and Fusobacterium are two types of bacteria that cause the illness and most commonly seen in malnourished kids with ages two to five years old. This type of illness normally occurs in Asia and Africa but some cases have been documented in U.S.A. and Europe, too.

Eventually, Noma will result in facial abnormality. The bacteria contaminates the tissue encircling the mouth. Ulcers, thereafter, grow and the tissues that surround the cheeks and lip die – that later on leads to teeth loss and facial deformity.

Filarial worms find its way to the eyes of the host and will eventually live there. Nevertheless, those worms do not permanently camp in the eyes but can probably live in other areas of the body. It leads to elephantiasis when that happens, wherein the host’s lower limb becomes aggressively enlarge, same as the elephant.

Abdominal pain, papules, rashes and arthritis are the other symptoms of Loa Loa Worm. Anti-helminthic medicine is usually the treatment for this condition.

SCLS is an extremely rare medical illness that presents episodes of enormous plasma and blood components leakage in the blood vessels to the neighboring body structure that includes body cavities and muscles.

Weakness, face and extremities swelling, lightheadedness and nausea are the results of this disorder. As fluids from these blood vessels progressively leak towards the extravascular space, blood pressure of the patient becomes extremely low. This dangerous phenomenon can damage the organ and can eventually lead to death.

Eumycetoma, a fungal infection, mainly affects the feet and legs but this disease may also affect some parts of the body. Swelling of hard pus-filled areas can develop on the affected feet that can hinder the patient’s ability to move their limbs or to walk. Sadly, the infection can possibly spread to other body parts.

Painless swelling can be noted as the infection begins. Other people think that this early symptom is not significant and does not need any medical attention, thus putting them to the worst condition in the end due to late diagnosis of the disease.

Eumycetoma commonly occurs in South and Central America, India and Africa. The best prevention from this infection is to keep your feet and hands clean, observe proper hygiene and by wearing the right footwear when walking on fields.

is a bacterium which causes Leprosy. Leprosy is an infectious condition that affects the eyes, respiratory tract, and skin which can lead to nerve damage. Skin lesions are developed in people with leprosy and may cause disfigurement, which is not reversible if not treated.
Hansen’s Disease or leprosy is not considered as a highly contagious disease but can spread via droplets that are commonly from the nose or mouth of the patients that are untreated. This can be cured with multidrug therapy.

Severe abdominal pain, diarrhea, blistering dermatitis and vomiting are some of the clinical manifestations of Vibrio vulnificus. Mostly acquired by stung of stingrays, swimming while having an open wound and raw shellfish eating. The bacteria of Vibrio vulnificus can affect the blood and the liver, can weaken the immune system and can be fatal if medical treatment is not immediately given.

A decrease in salt levels and the increase in temperature can lead to the propagation of bacteria as believed.

CRPS is a disease which causes a person to suffer from debilitating and excruciating pain with a simple stroke of the patient’s skin. It came from CNS (Central Nervous System) breakdown, normally after an injury, which is serious. Stabbing, throbbing, burning, grinding or throbbing pain are some of its symptoms. It normally begins in hands and can also spread all over the body. Numbness, insomnia, joint pain and numbness are some of the other cause of CRPS.

According to a study, patients who have been diagnosed with CRPS may outgrow mental health disorder like depression and anxiety disorder. Good thing that CRPS is treatable by physical therapy and surgery.

Pica is a kind of eating disorder wherein a person is compulsively eating things that lack nutritive value. Affected patients eat anything like paint, hair, gross things such as feces and even dirt. A person with this eating disorder has the risk of having anemia, intestinal obstructions, infections and toxicity when toxic substances are ingested like lead.

FOP is one of the rare diseases and the treatment for this condition is extremely difficult. Usually, our body when damaged can be healed by itself. However, in patients that have fibrodysplasia, the healing also happens but the tissues (includes tendons, ligaments and muscles), when damaged, are not replaced with new tissues but with bones.

The newly developed bones don’t have flexible joints leading to inability to move. A further injury will result in rapid deterioration and more bone development.

Harry Eastlake is a man who had fibrodysplasia ossificans progressiva and survived up to 40 years old. He had experienced a point where his body parts became totally immovable, excluding his lips. For science’ sake, he approved to donate his personal body before his death and Harry’s skeleton has been displayed in Philadelphia, Pennsylvania in Mutter Musem.

In 1862, Joseph Merrick was born in England (Leicester). He was healthy upon birth but upon growing up, his skin became lumpy, same as what you can see with the elephant’s skin. Because of this, he was named as ‘Elephant Man’. The face of him became lumpy and his right upper limb grew bigger and bigger than his left upper limb; lower limbs enormously grew as well, bigger than normal.

The main cause of Joseph’s condition is still a mystery. As per some theories, it was because of his mother’s tragic experience that caused his mother to outgrow emotional trauma. While her mother was pregnant during that time, she was unfortunately knocked down by these elephants so some of the people believed that it was the reason why Merrick got that disease.

Others, on the other hand, believed that Joseph has Proteus Syndrome wherein bone development grow abnormally that cause to develop tumors throughout the body. As per some experts, Joseph has a combined Proteus Syndrome and other conditions which includes neurofibromatosis, hypertosis and microcephaly.