10 Unforgettable Skywalks From Around The World 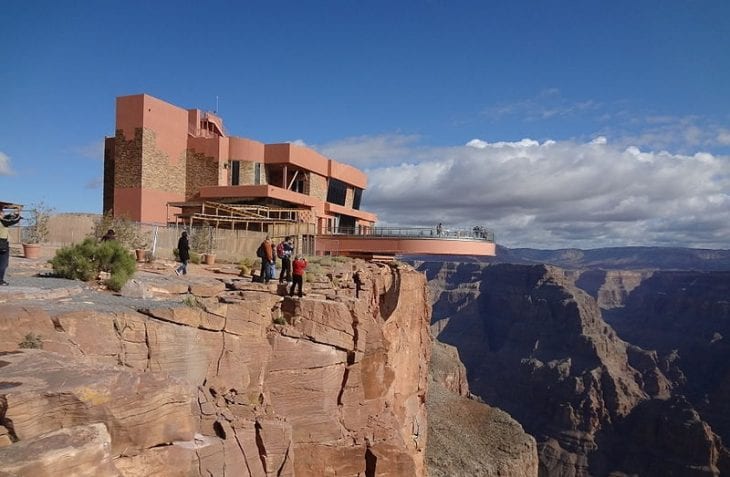 The combination of great heights with wonderful views and a hint of danger is always exhilarating. So here’s a list of awesome skywalks or edge-walks from around the world, either on top of tall towers, or over-the-edge observation decks out in nature

This transparent over-the-edge skywalk is located on the west rim of the Grand Canyon. It is outside the Grand Canyon National Park, and on the Hualapai Tribe land. Standing over the edge and looking down through the transparent glass floors, you can see a vertical drop of between 500 ft (150 m) and 800 ft (240 m)! 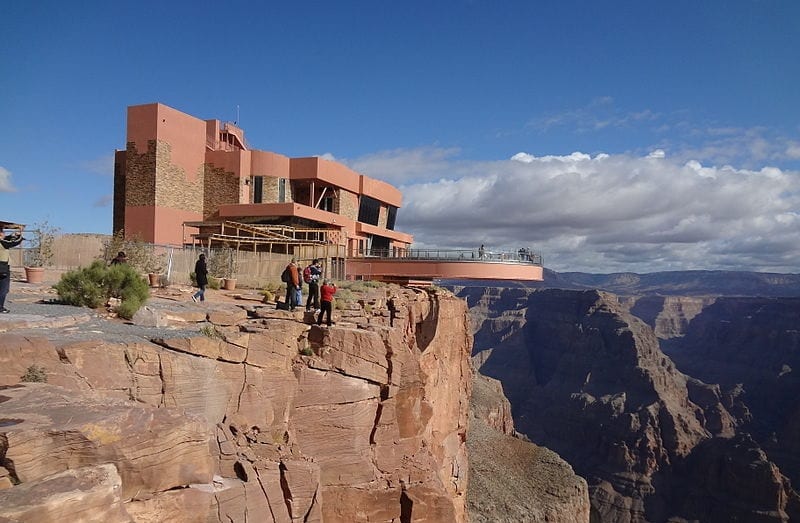 Willis Tower, formerly Sears Tower, is a 108-story skyscraper in Chicago. It was once the tallest building in the world and in remains one of the tallest in the United States. The tower offers a sky deck with wonderful views at the breathtaking height of 1,353 feet (412 meters), as well as the Ledge – glass boxes that extend 4.3 feet (1.3 meters) out from the sky deck – for the more adventurous visitors 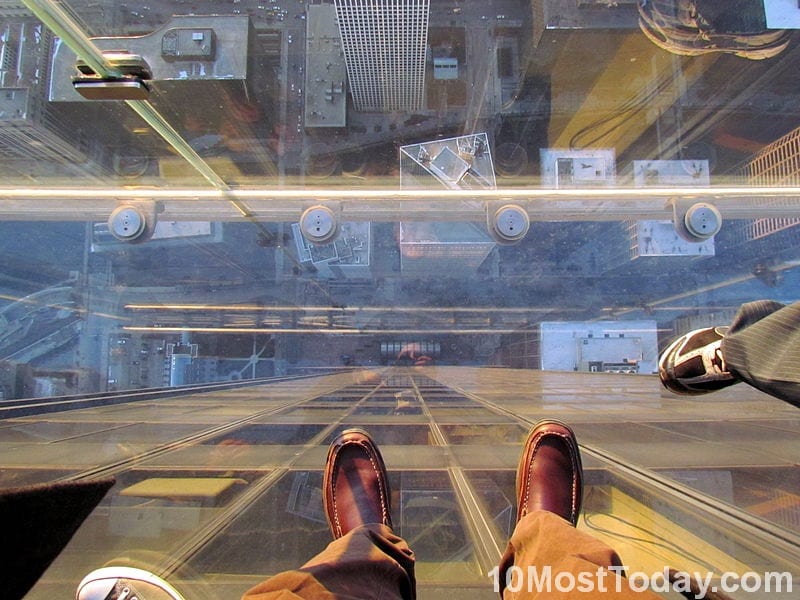 The Calgary Tower is a 191-metre (626 feet) observation tower. The tower opened a glass floor extension in 2005, allowing to look straight down on 9th Avenue South and Centre Street 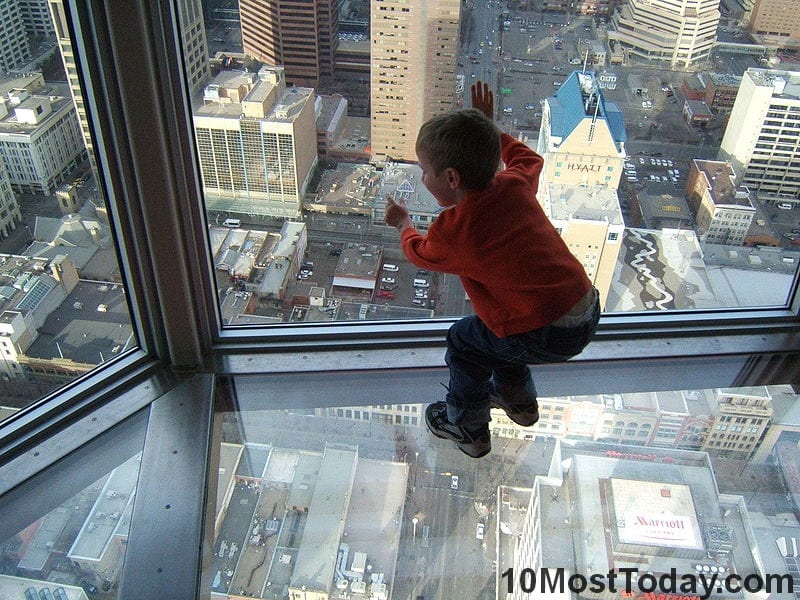 The Sky Tower in Auckland is an observation and telecommunications tower. At 328 metres (1,076 ft) it is the tallest free-standing structure in the Southern Hemisphere. The Sky Tower offers a glass floor observation deck, as well as a glass-fronted elevator with an awesome 40 seconds ride 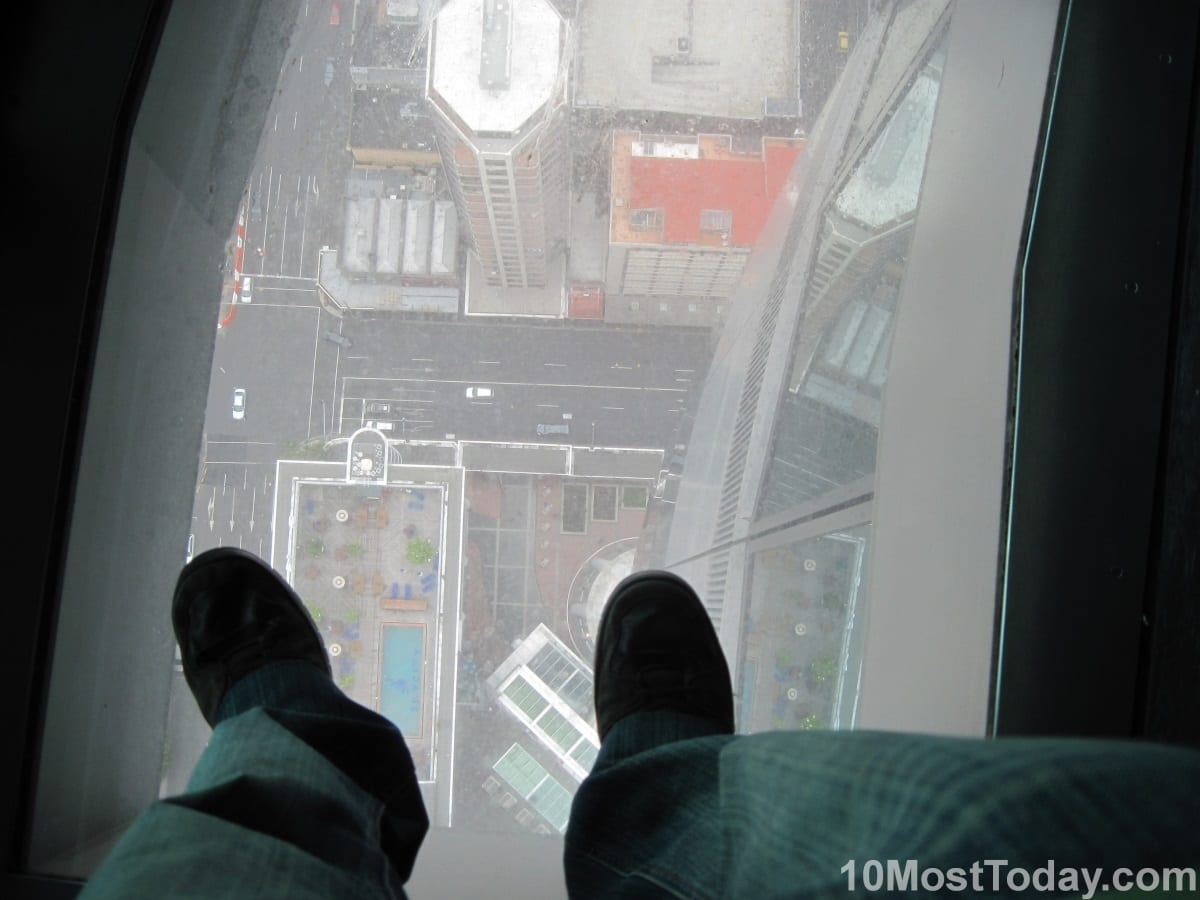 We mentioned before that Tianmen mountain has a beautiful natural arch at it’s top, and the drive up is one of the most beautiful drives in the world. Another way to get to the top is by walking. Part of this walk goes through a very narrow and frightening cliff footpath, like in the picture below. Some of this footpath is made of see-through-glass which makes the experience even more frightening 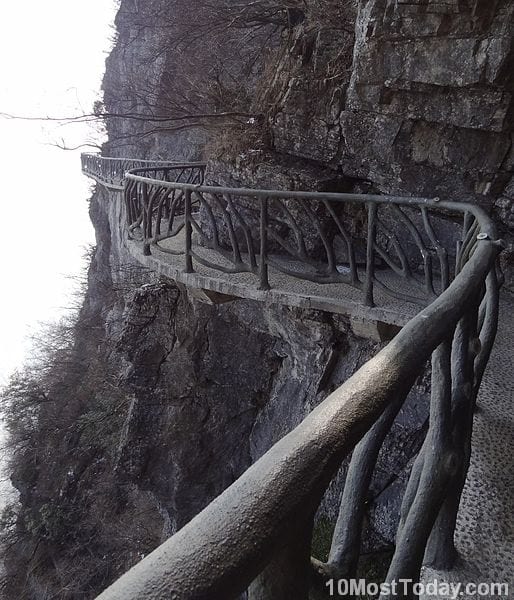 The Oriental Pearl opened in 1994. It is the 5th tallest tower in the world at 468 meters (1,535 ft). The tower’s observation deck was opened in 2009 and it features a glass floor and walls, with slats between the glass wall panels to allow a breeze through 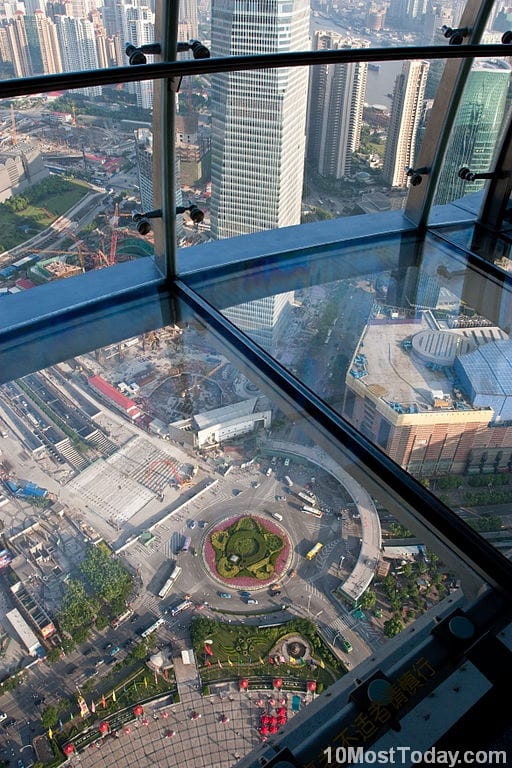 Similarly to the Grand Canyon Skywalk, the Canadian Rockies also have a glass-floored observation platform. The platform is set over the edge at a height of 918 feet (280 metres) above the ground. The spectacular view along with the adrenaline rush will give you an experience to remember. Click here to order a tour! 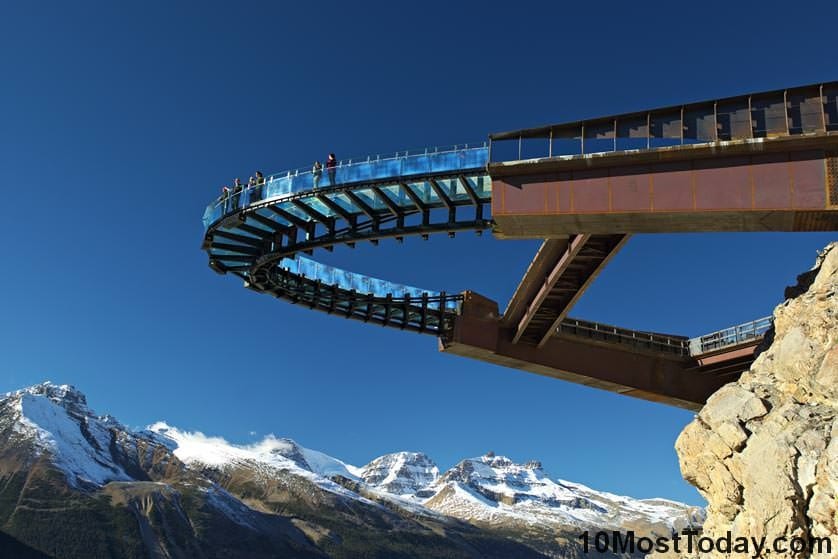 At 553.3 meters (1,815 ft) tall, the CN Tower is the third tallest tower in the world. The EdgeWalk is a thrilling attraction at the 116th floor – 356 meters (1168 ft) above the ground. Visitors walk in small groups of six, attached to an overhead safety rail and circle the tower hands-free on a narrow ledge outside the building. Not for the faint-hearted! 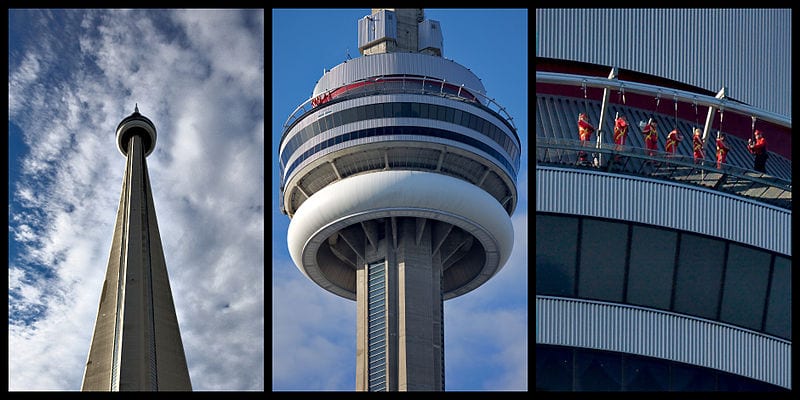 The Macau Tower is 338 meters (1,109 ft) tall and like many towers of its kind, it offers an observation deck with beautiful panoramic views. The Macau Tower also offers the Skywalk X – a thrilling walk around the outer rim of the tower, similar to the EdgeWalk in the CN Tower in Toronto. Find out more! 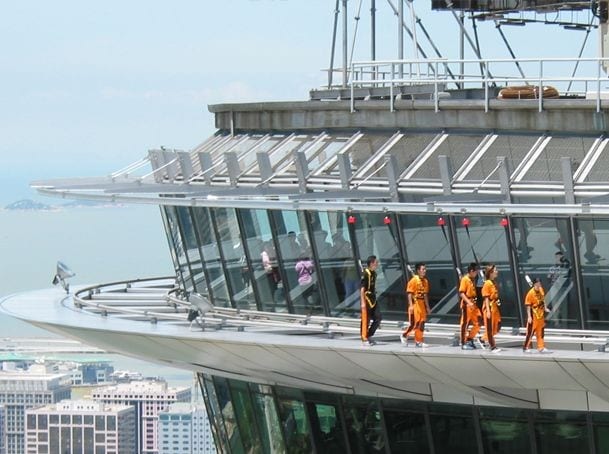 The Sydney Harbour Bridge is one of the most famous bridges in the world, but fewer people know that you can actually climb it! This awesome attraction is called the Bridge Climb. A guide will take up the stairs to the 134 meters high summit, to the remarkable views of the city and harbour 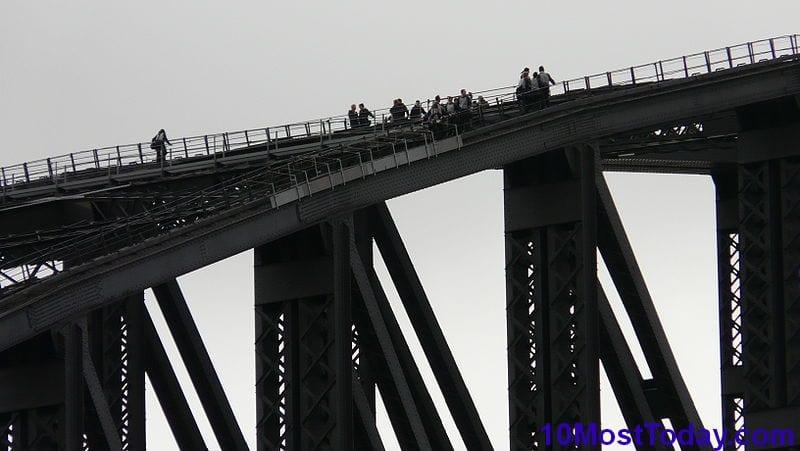