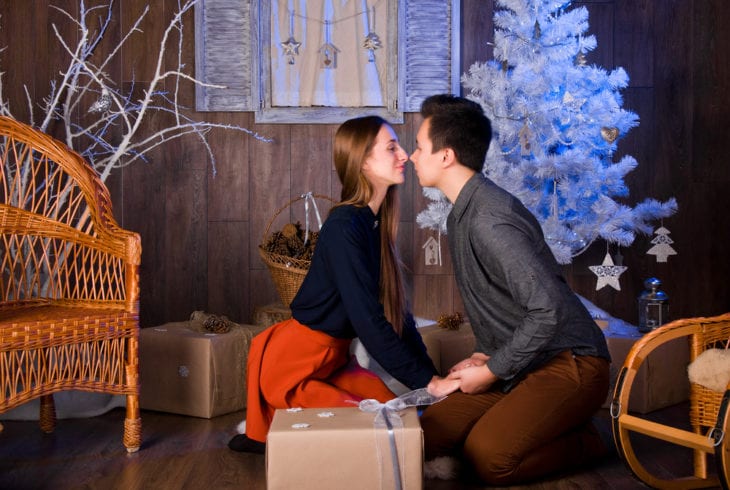 This season is celebrated all across the world, but each country has different traditions every New Year. You should not miss out this article to be able to know the 10 most fascinating traditions on New Year’s Eve.

This year is nearly coming at its end and it’s a good time for family and friends to come together to welcome and celebrate New Year. It’s not long ago that the history of this celebration is founded. Four centuries had passed when Pope Gregory XIII declared it an official holiday in every Catholic country. Russia was the last country to include this holiday on their calendar. Surprisingly, it was one of the changes held by communists following the end of the Revolution.

Speaking of celebrations, the people are notably creative in holiday celebrations and the story that we will share today is a clear proof of it. Are you prepared to discover the utmost and unusual traditions on the Eve of New Year throughout the world? 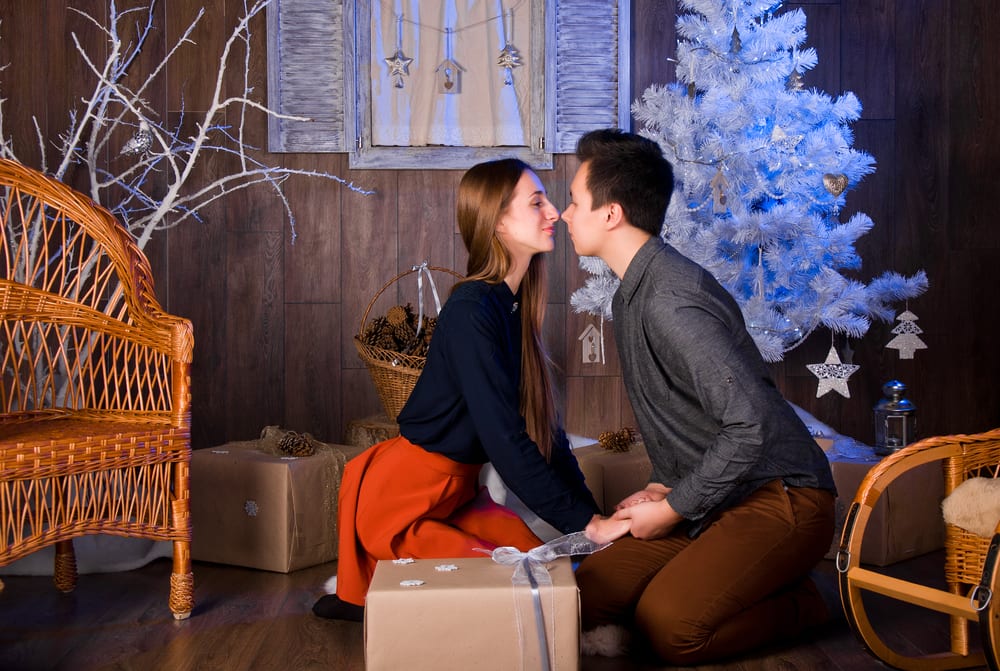 In the US, kissing the person beside you when the clock strikes 12 is traditional and its origin is unknown. And yet, one of the important theory dates back in the Roman times. At the time of Saturnalia festivity which celebrated the winter solstice, they are committed to kiss all their attendees. If you aren’t able to kiss anyone after midnight, you will be spending the following year alone, a known superstition to them.

Without a doubt, this is a strong tradition in the US. As stated in Washington times, there is a study that over 2/3 of the population anticipate to share a kiss on New Year with someone and that only 10 percent has no intention of doing it. 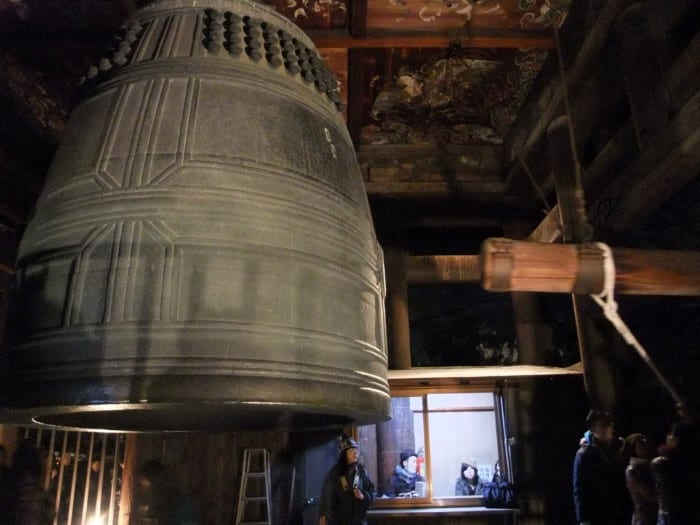 The ring of bells which is known in Japan as “Joya no Kane”, happens every end of the year in monasteries of the Buddhist. In this tradition, every stroke in the bell aims to end bad thoughts and desires that live in the minds of humans like lust, anger or envy.

3. Breaking of plates on the doors 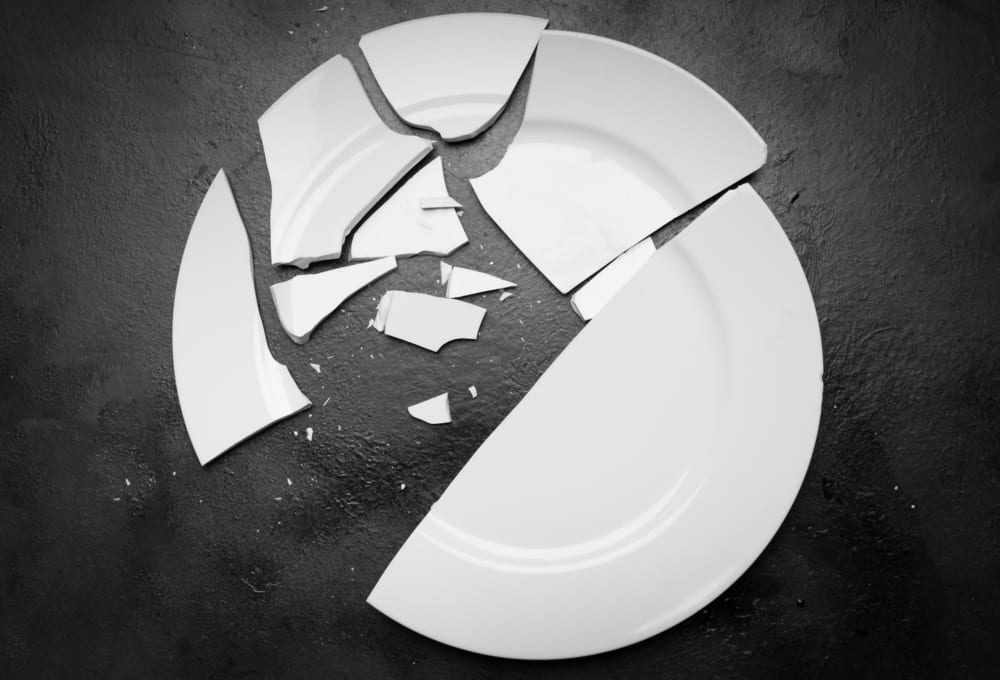 You just read it right. In Denmark, it’s their tradition to go to their friends, relatives and neighbors’ houses just to throw plates at their doors. After dinner on New Year’s Eve, everyone should break the plate that was used, this is what their tradition says. They throw dishes against the doors of their beloved ones and they are very appreciative of this action. They believe that it’s a good omen and brings love for the following year- or it just means no need to wash up!

At exactly 12 midnight, Danish people jump from their chair as this is one of their crazy traditions. For they believe that it brings good luck, that’s why it’s not unusual to see the old and the young in their homes climbing their chairs to be sure that they will achieve bright forecast in the coming new year. 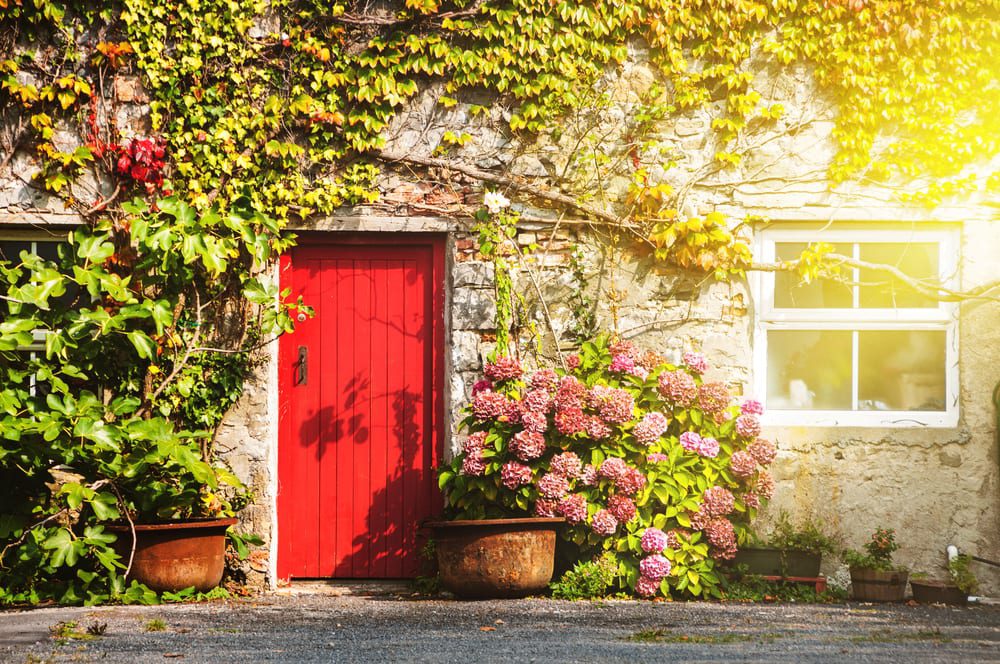 One of the weirdest traditions on New Year’s Eve. Their doors are painted red as a way of welcoming New Year. This color symbolizes good luck and happiness. They also celebrate it with their parades filled with dragon and the fireworks which intend to eliminate bad energies. 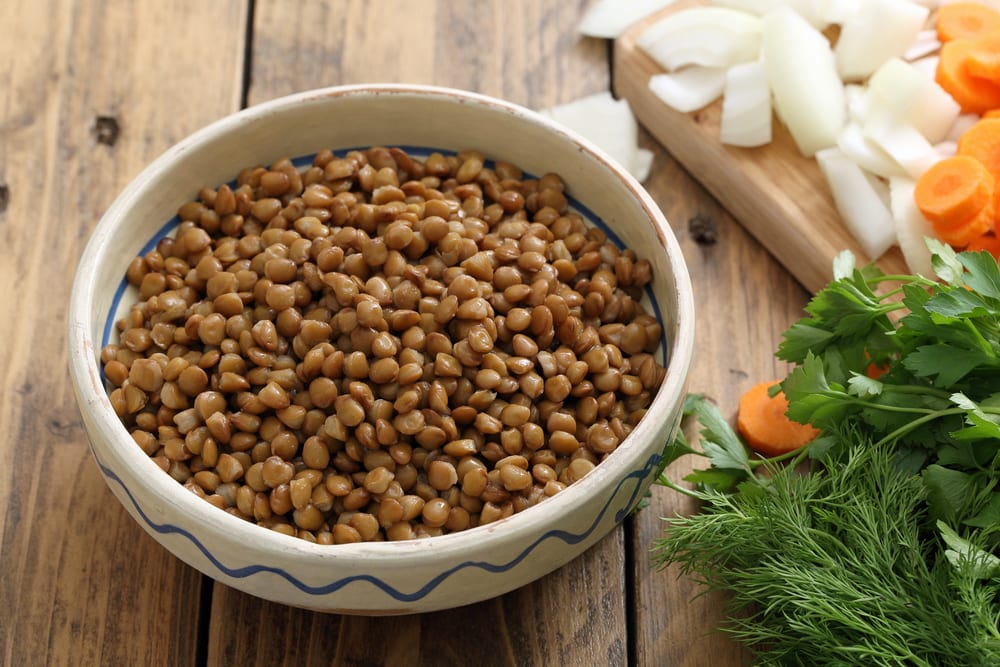 An abundant meal is something that celebrations all over the world is commonly known for. In Italy and Brazil, eating plenty of lentils is what’s all about. The more lentils, the merrier it would be. For the Italians and Brazilians, it’s a sign of prosperity and wealth. This tradition started way back during the Ancient Roman.

In Brazil, the most symbolic tradition happens at Copacabana beach, where people would go in the sea and jump over seven waves. They also honor the goddess of sea Yemanjá by giving flowers and offerings like necklace and bracelets. With this, they’ll start a new year filled with gratitude and positivity.

6. Sweeping and walking with a suitcase all over the house 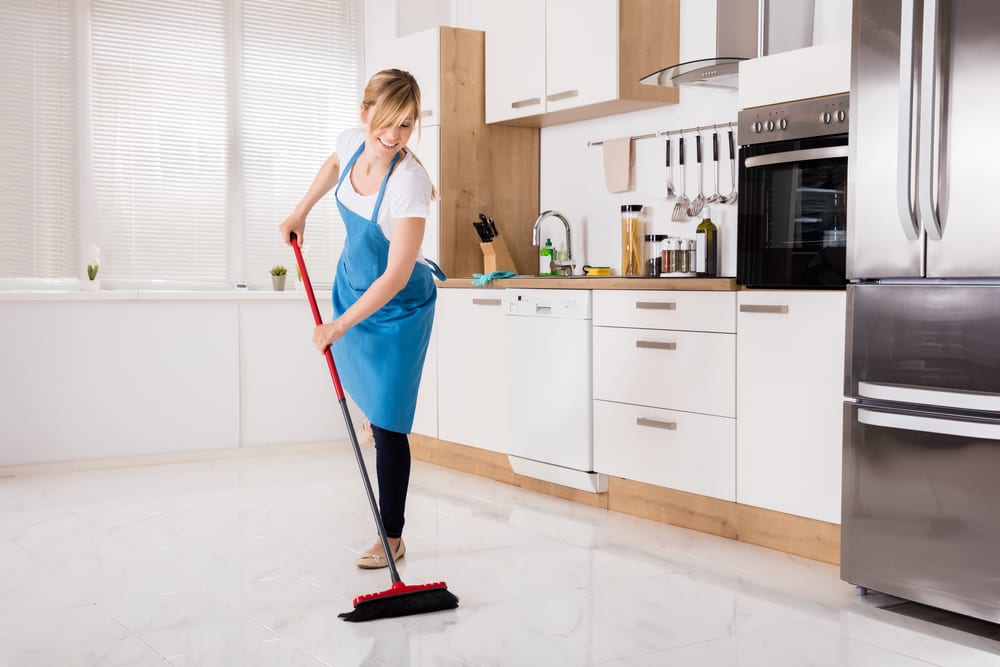 There are plenty of traditions in Mexico, one in particular is sweeping in the house at night to eliminate all negative vibes and bad energies…but also, to start the year with spotless house.

Those who like to travel, this tradition is dedicated especially for them. If you’d like to draw in good luck and to boost opportunities in traveling for the year to come, never forget to carry a suitcase and walk around your home.

7. Putting on a colorful underwear 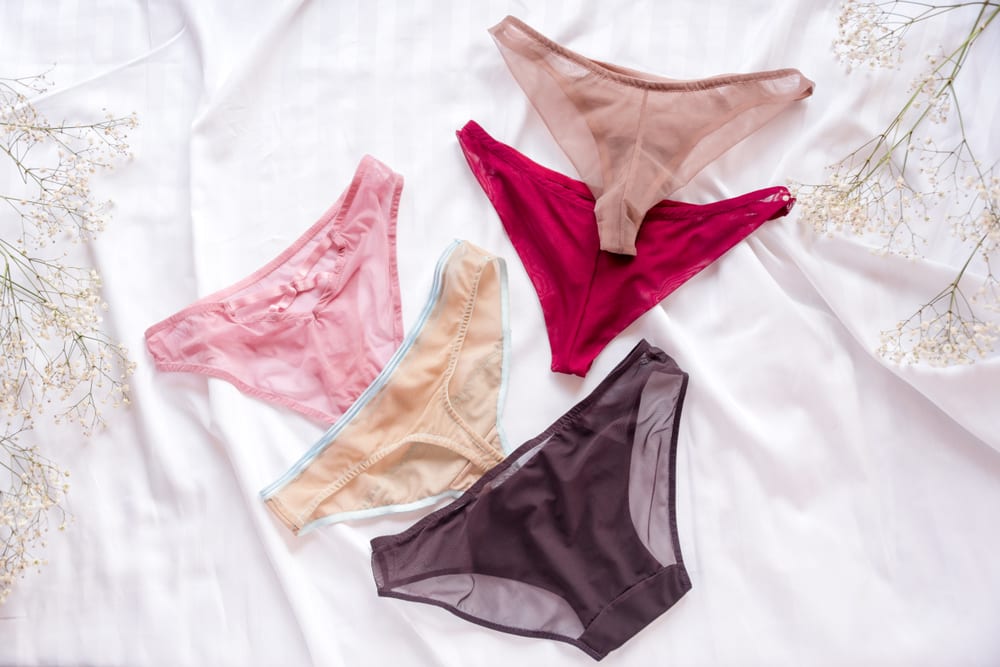 Mostly in countries like Latin America, wearing a sexy underwear during the change of year is the mostly settled tradition. Customarily, in this tradition, one needs to put on a red underwear for this attracts love. Yet, in Bolivia, for instance, they put on yellow underwear instead because they believe it attracts good luck. 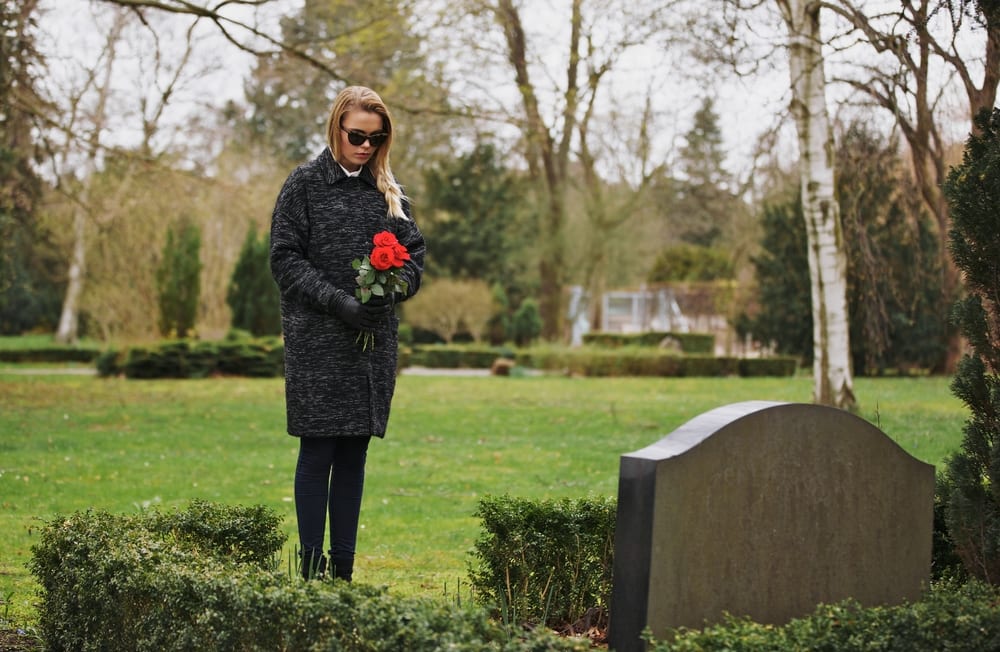 Despite the fact that it doesn’t appear to fit the idea of celebrating, one of the popular traditions during the Eve of New Year is to visit the graveyards. It’s a custom in Finland that the whole family visits the cemetery on the last day of the year. This also happens in South and Central America. A notable example of this is in Chile where most of the people attend mass in places where their dearly beloved are buried.

9. Consuming 12 grapes, one for each ring of the bell 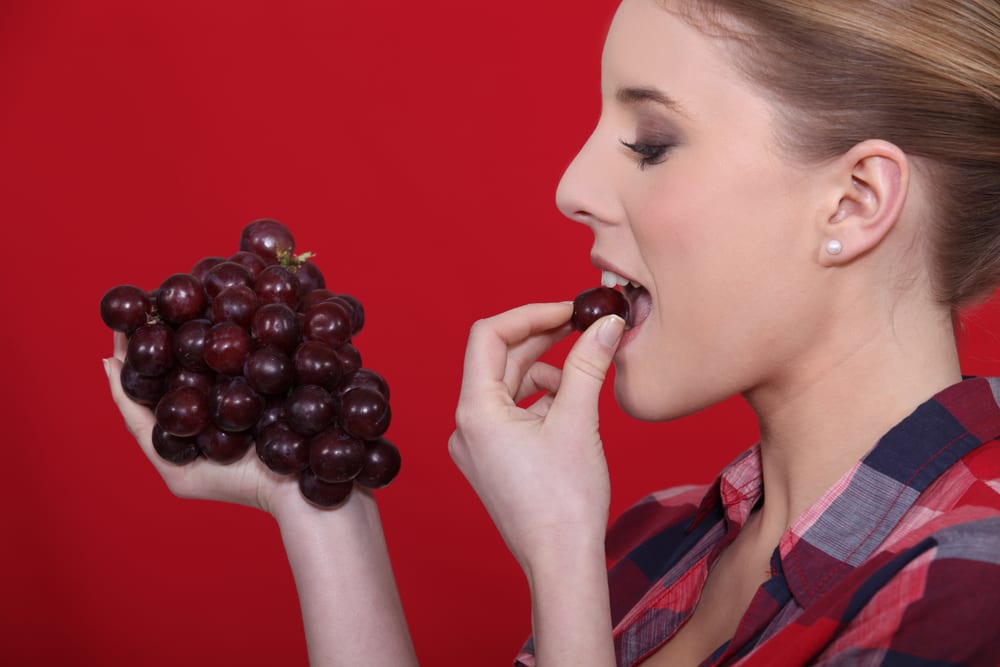 If you’re not the kind who loves to be in the crowds and celebrates with hundreds of people that are partying, then stay away in Madrid at Puerta del Sol at the Eve of New Year. This place is well-known to carry through the Spanish tradition of consuming 12 grapes at 12 midnight, one grape for every stroke of bells. This happens in all central square in all the towns of Spain. Inspite of that, plenty of people prefers to stay home with their families and have grapes on their sitting room instead. Which is why all broadcast on TV channels is the ringing of the bells which indicates the start of a new year.

Its origin is unknown, but it was way back 1880 and it appears taken back from French and the German bourgeoisie, in which they take champagne and grapes to celebrate New Year. It spreads rapidly to the lower class and throughout Spanish territory, and at present time, it’s a customary in countries like South and Central America. The grapes used depends on their region, eating 12 grapes at one time as bells strike brings good luck for New Year. Just make sure you’ll not choke yourself! 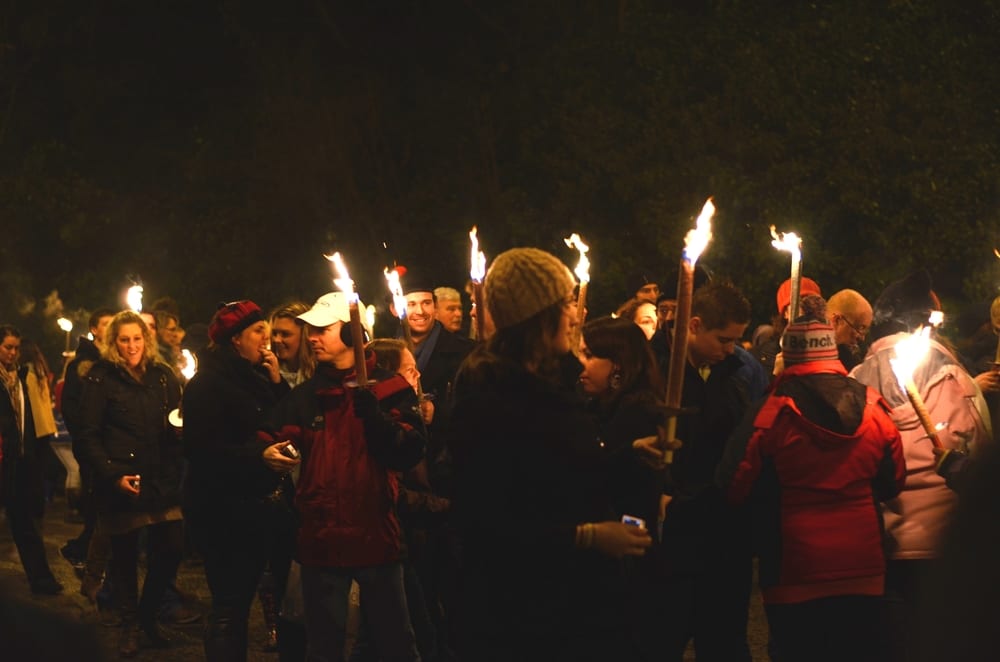 We can’t end this list without tackling this one of a kind tradition in Scotland, the Hogmanay (can be translated as “the big day of love”) and everyone sings “Auld Lang Syne” after that final toast of year.

This festivity customarily is celebrated with parades and bonfires to purify the beginning of new year and to eliminate bad vibes. One of the methods of cleansing comprise the “first-footing” it means the first one who would go into the fore door of friend’s or relative’s home in order for them to draw in good luck.