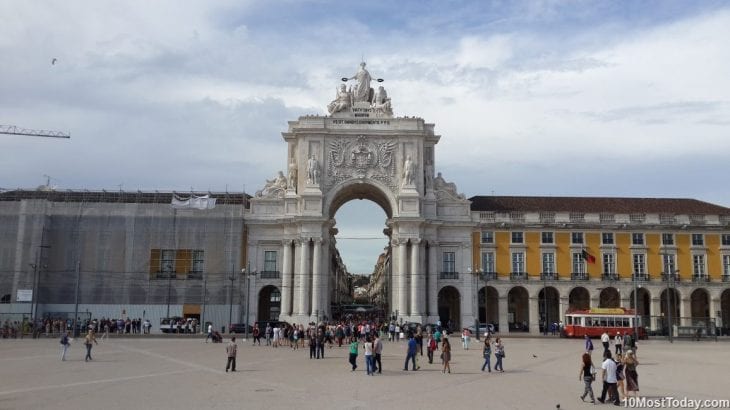 1. Arc de Triumph, Paris, France – One of the most famous monuments in Paris. It stands in the  western end of the Champs-Élysées and honors those who fought and died for France in the French Revolutionary and the Napoleonic Wars, with the names of all French victories and generals inscribed on its inner and outer surfaces. It was constructed in 1806-1836 and is 50 meters (164 ft) in high 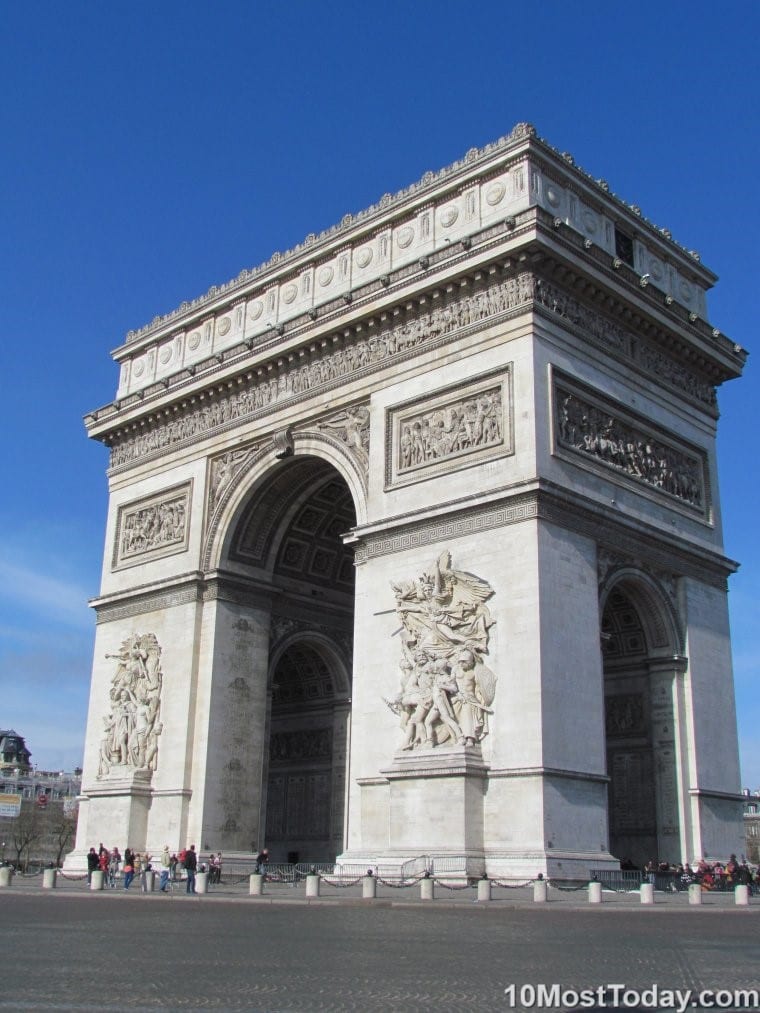 2. The Gateway Arch, St. Louis, United States – A 630-foot (190 m) monument in St. Louis, Missouri. Clad in stainless steel and built in the form of an arch, it is the tallest man-made monument in the United States, and the world’s tallest arch. To go to the top of the Arch, there’s a tram in each leg of the arch. Each tram is a chain of eight egg-shaped compartments, each capable of holding five passengers. The trip to the top takes four minutes 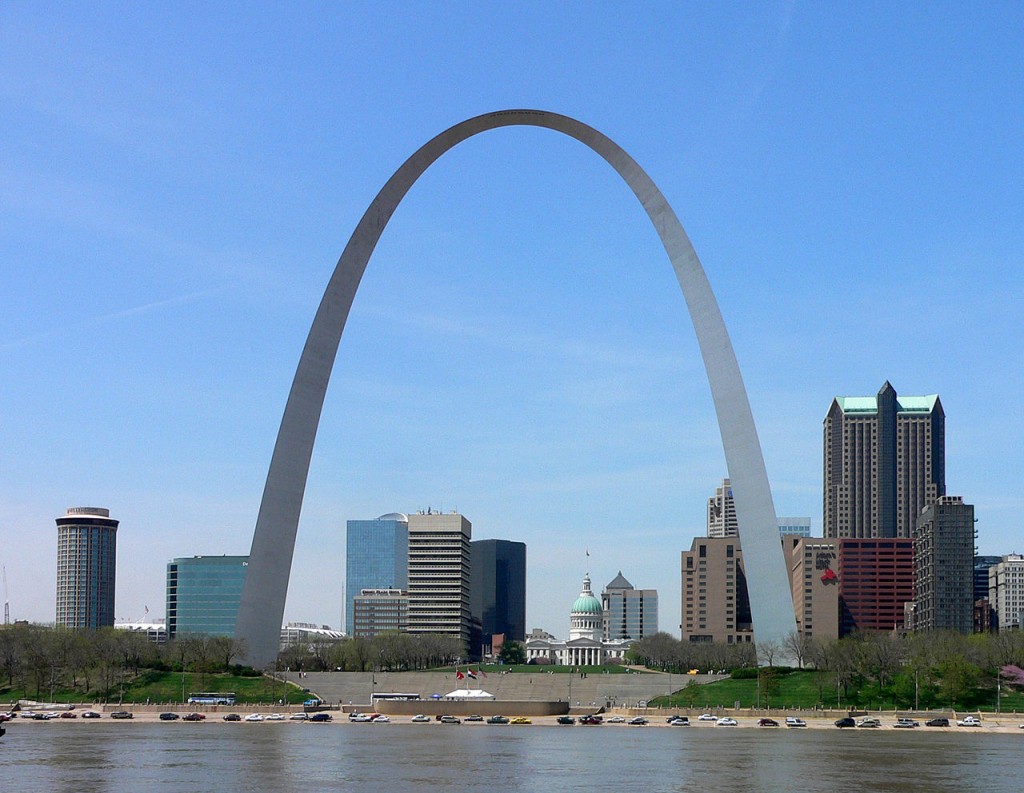 3. Rua Augusta Arch, Lisbon, Portugal – This historical building and visitor attraction in Lisbon was built to commemorate the reconstruction of the city after the 1755 earthquake. The construction of the monument took many years – from 1755 till 1873 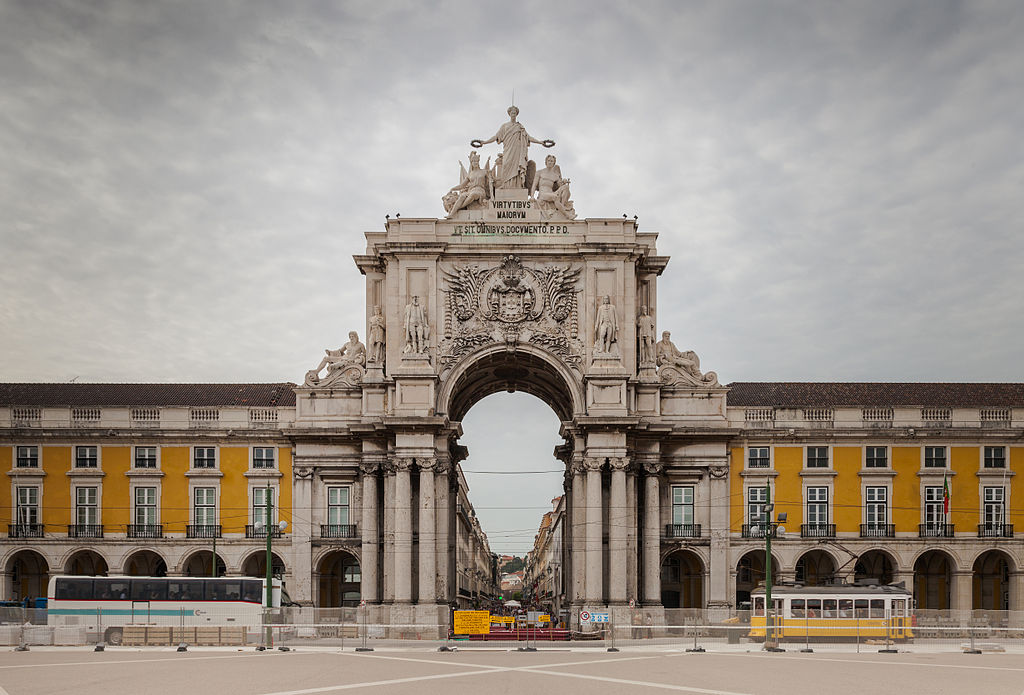 4. Arch of Cinquantenaire, Brussles, Belgium – The Arch was planned for the world exhibition of 1880 to commemorate the 50th anniversary of Belgium as an independent country. However, the construction was not completed in time. It took many more years but the construction was finally completed in 1905, just in time for the 75th anniversary of the independence of Belgium 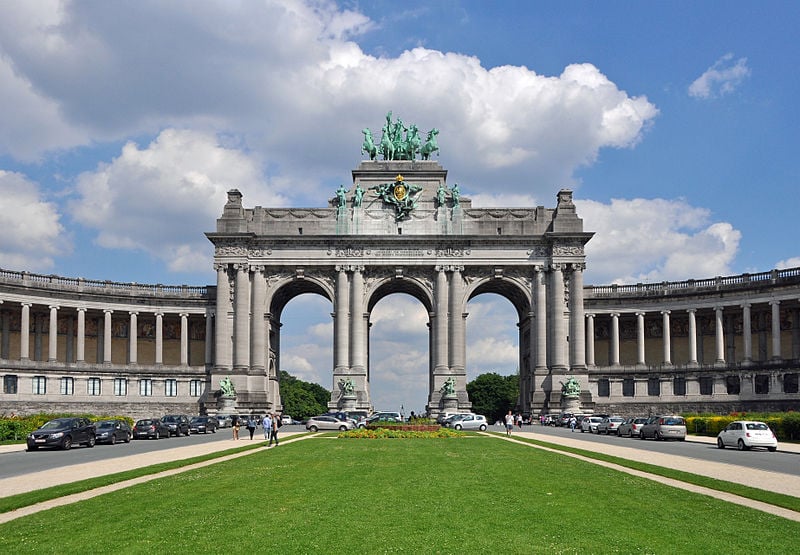 5. Arc de Triomf, Barcelona, Spain – The Arc de Triomf in the capital of Catalonia was built as the main access gate for the 1888 Barcelona World Fair 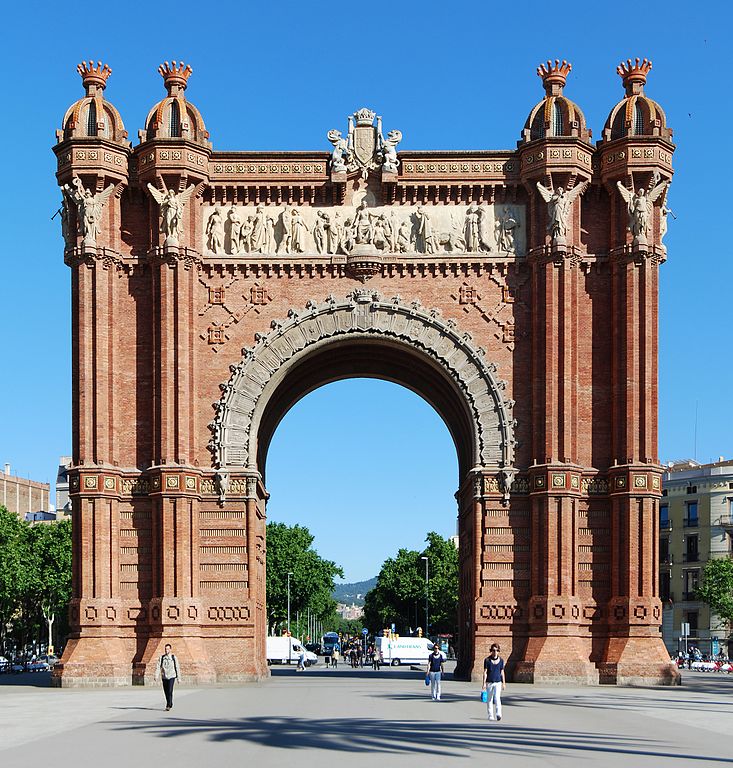 6. Patuxai, Vientiane, Laos – The Victory Gate or Gate of Triumph in Vientiane, Laos is a war monument that was built between 1957 and 1968. The monument is dedicated to those who fought for the independence of Laos from France 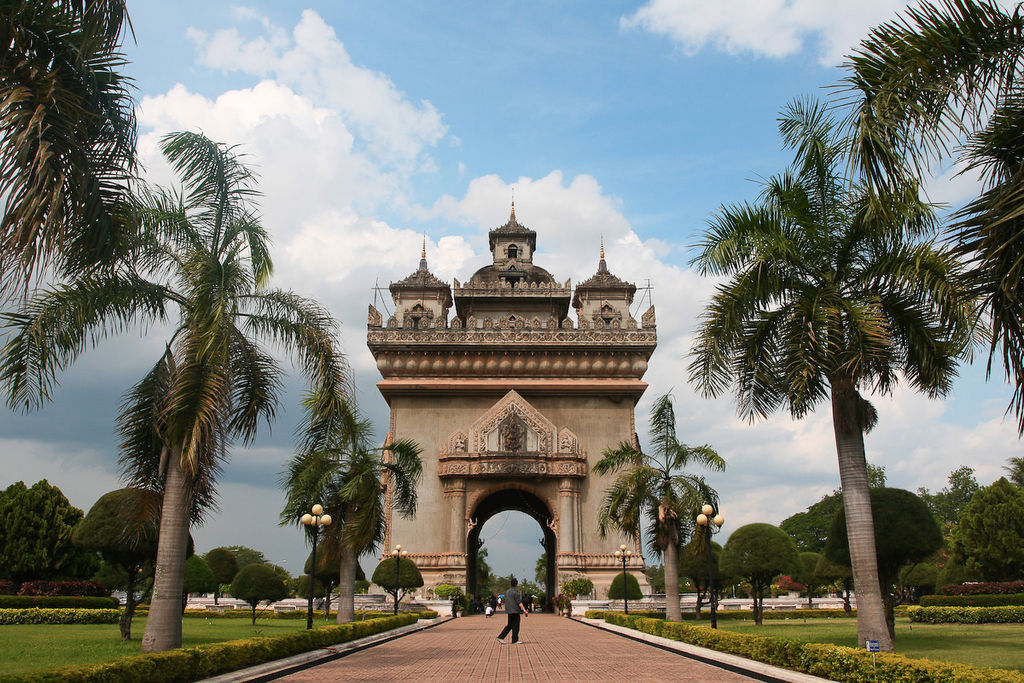 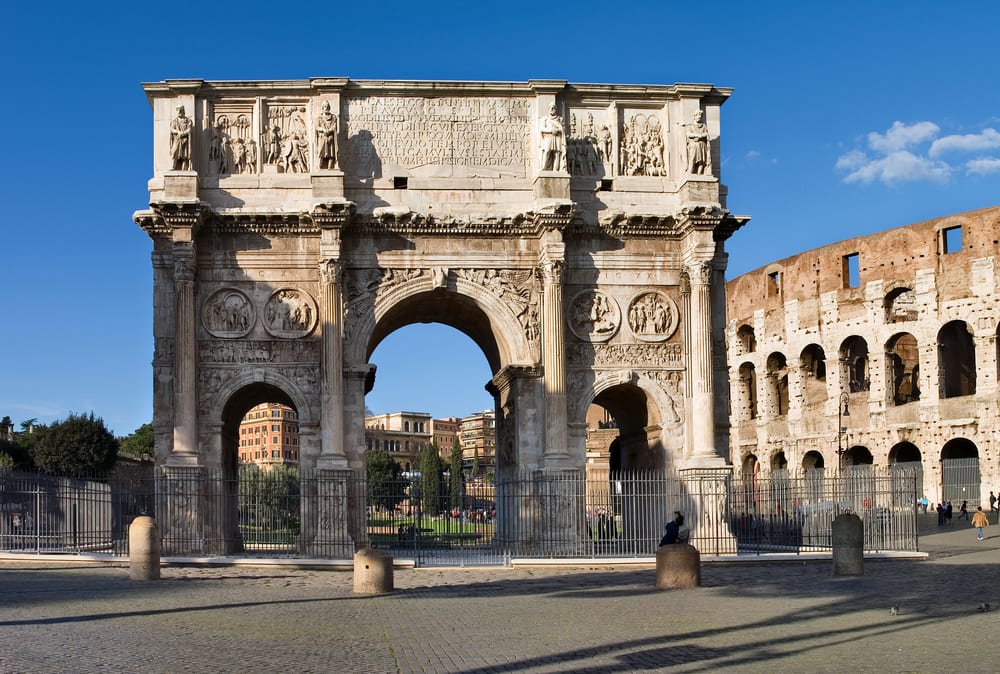 8. India Gate, New Delhi, India – The India Gate is the national monument of India, the site of the Indian Army’s Tomb of the Unknown Soldier. The monument is dedicated to Indian soldiers who died in World War I and the Afghan Wars. The construction of the gate began in 1921 and was officialy opened to the public in 1933 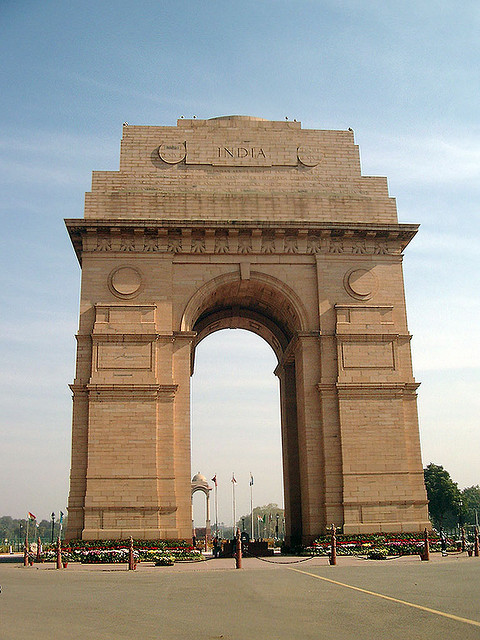 9. Arch of Triumph, Pyongyang, North Korea – The world’s tallest triumphal arch standing 60 meters (197 ft) high and 50 meters (164 ft) wide was built to commemorate the Korean resistance to Japan (1925 – 1945) and to honor President Kim Il-sung for his role in the armed resistance. Built in 1982, the monument was officialy opened on the leader’s 70th birthday 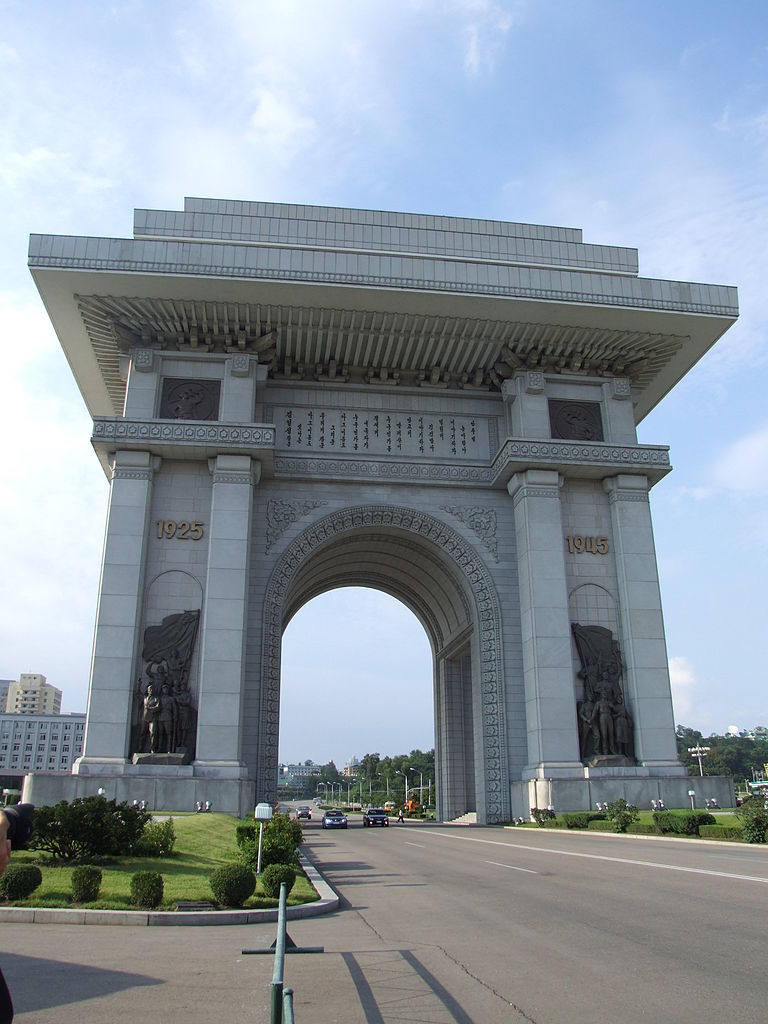 10. Siegestor (Victory Gate), Munich, Germany – The construction of this triumphal arch was completed in 1852. The gate was originally dedicated to the glory of the Bavarian army, and today it is a monument and a reminder to peace. The Victory Gate is 21 meters high, 24 meters wide and 12 meters deep 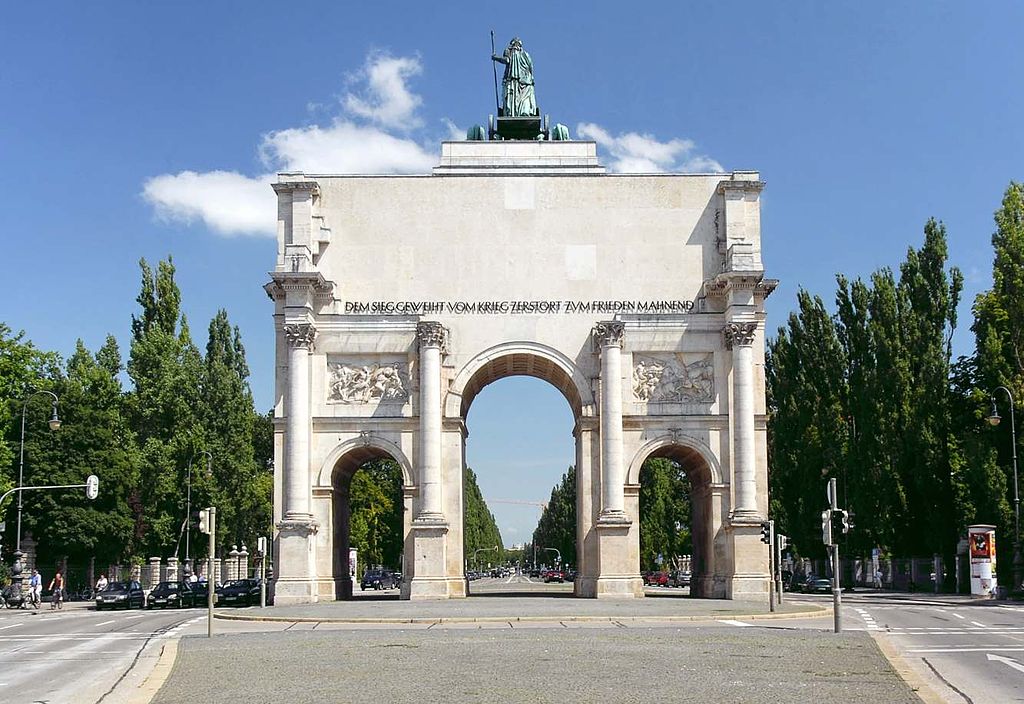