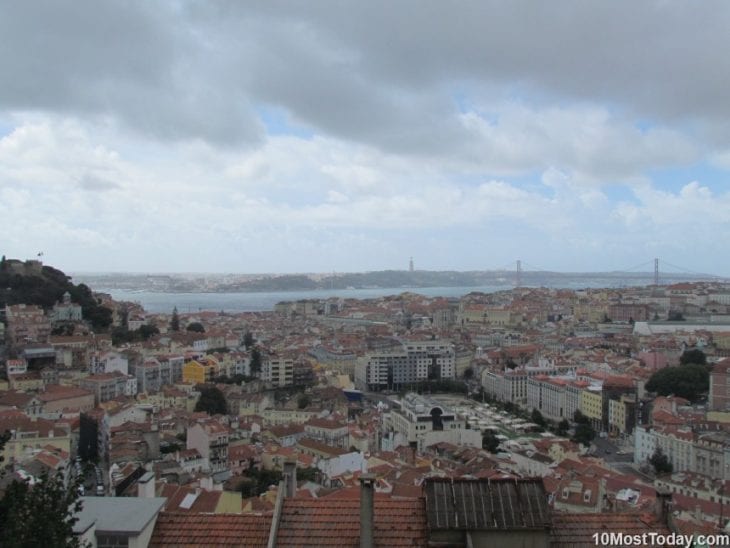 Lisbon, or Lisboa as it’s locally called, is the capital and largest city of Portugal. It is nicknamed “The City of Seven Hills” and for a good reason – the old city is built on 7 steep hills – which promises you both wonderful views of the city from different view points, as well as gasping and sore feet

1. Miradouros (views of the city)

Being built on 7 hills, Lisbon has many great view points or Miradouros. You can climb up the steep streets to the Miradouro of your choosing and enjoy the great view, free of charge. Each such hill top has a kiosk where you can sit down, catch your breath and enjoy a cold drink in front of the view. The most recommended are Miradouro da Senhora do Monte, Miradouro Sao Pedro de Alcantara, and Miradoura Da Graca 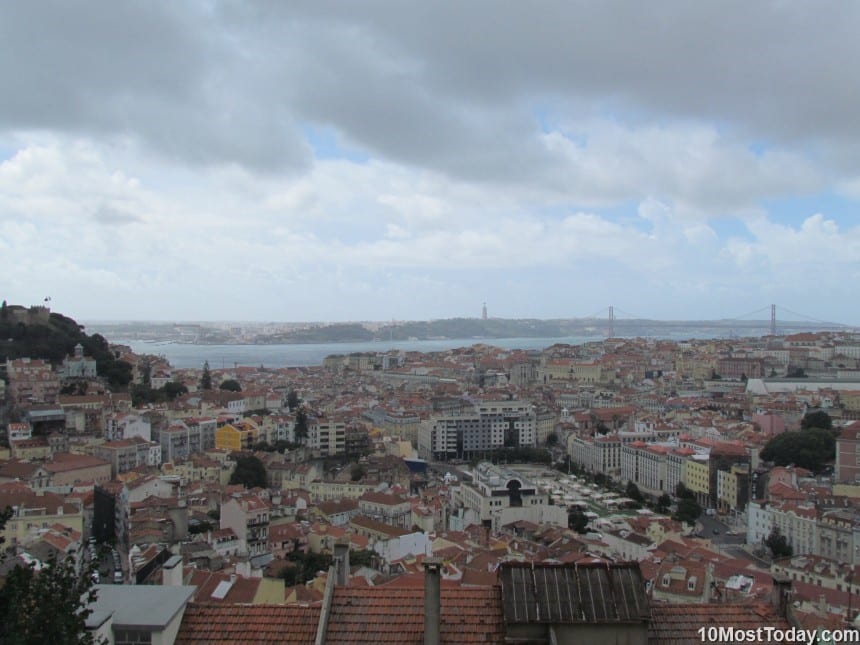 Best Attractions In Lisbon: The view from Miradouro da Senhora do Monte

One of the most famous man made arches in the world, the Rua Augusta Arch is a historical building and visitor attraction in Lisbon that was built to commemorate the reconstruction of the city after the 1755 earthquake. The monument is located in the Baixa district of Lisbon – a central district with many shops and cafes, always filled with tourists and local visitors 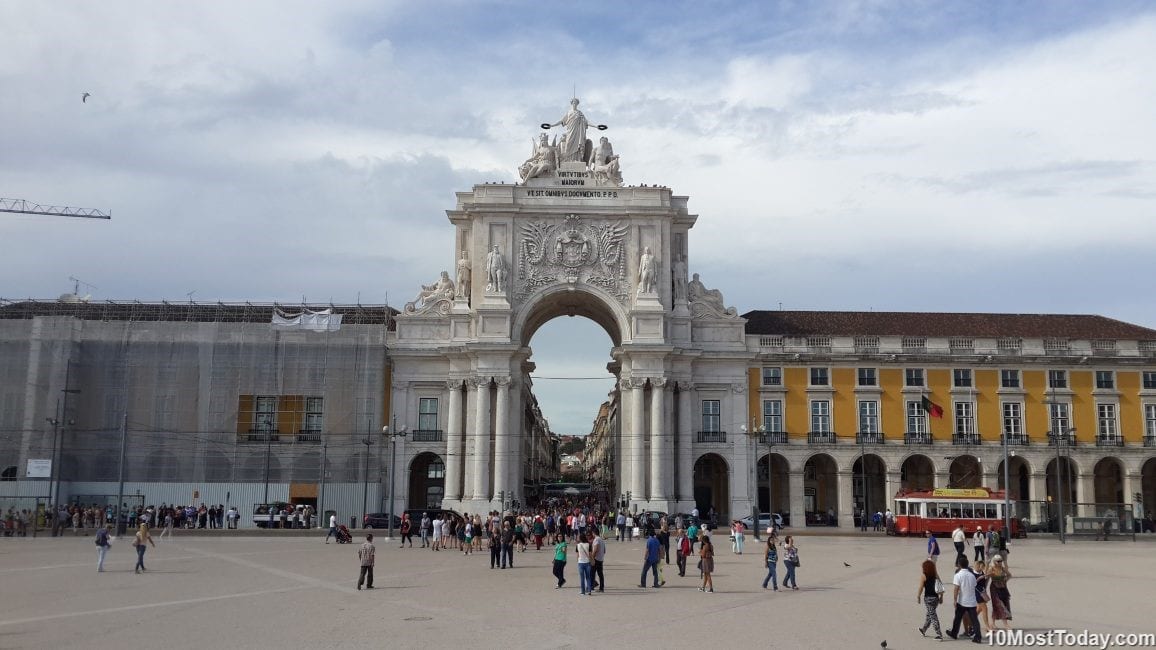 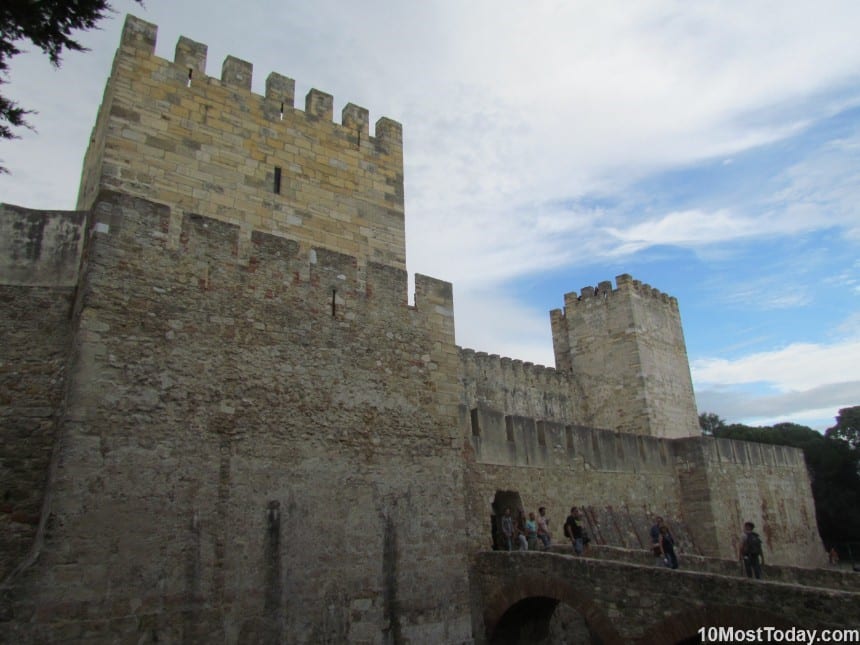 Also known as the Tower of St Vincent, the beautiful fortified tower was completed as early as 1519! Located in the historic Belém area, this cultural UNESCO heritage site was built as part of a defense system on the Tagus river and a ceremonial gateway to Lisbon. You can enter the tower and climb it for a great view over the district and river 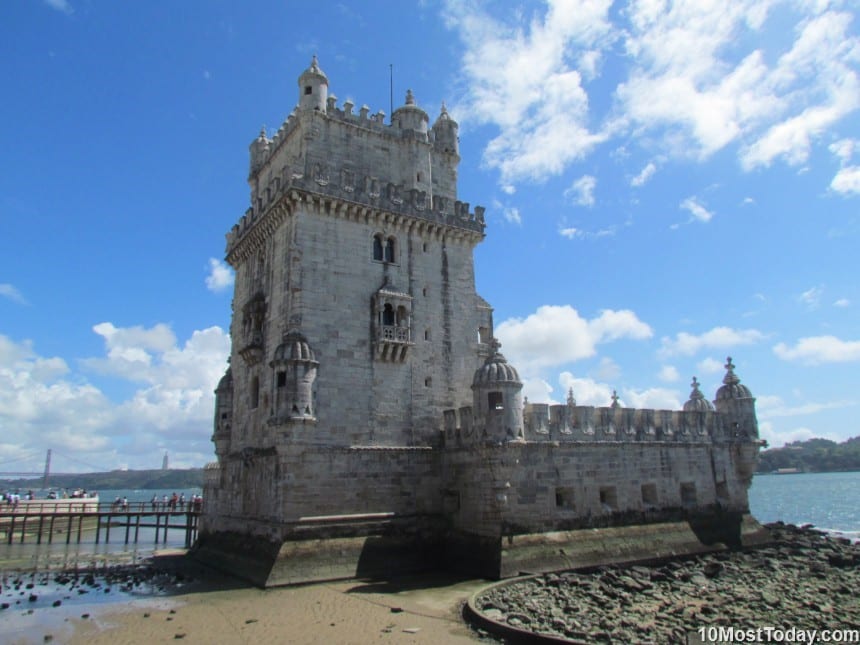 Also in Belém and just few minutes walk from the Belém Tower, the Padrao dos Descobrimentos monument celebrates the Portuguese Age of Discovery of the 15th and 16th centuries. The beautiful 20th century monument is also open for the public to climb and get a wonderful perspective of the square below: The square floor is a marble 50 meter-diameter (160 ft) compass rose. And while your at the top of the monument you can also get a great view of the Tagus river, the Belém Tower and the rest of Belem 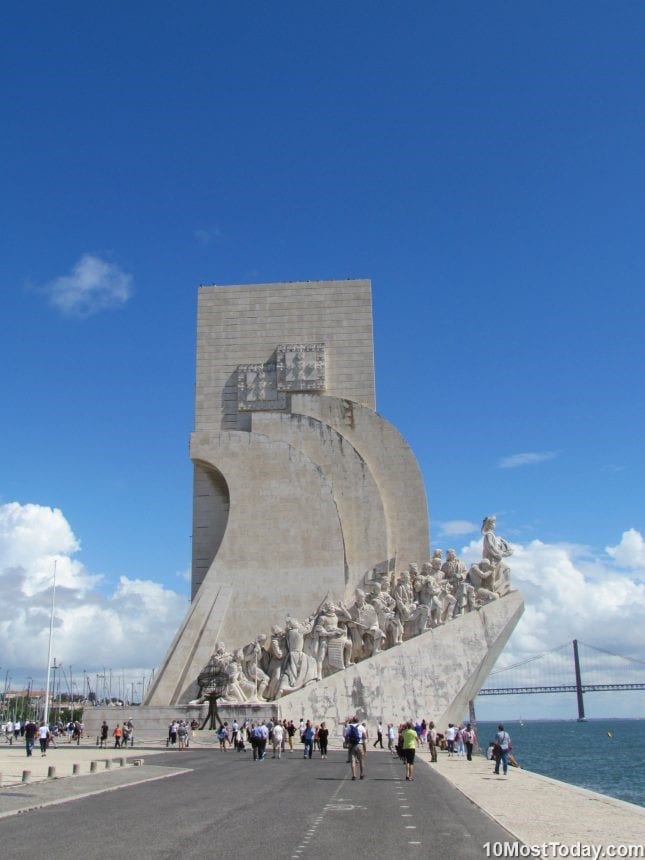 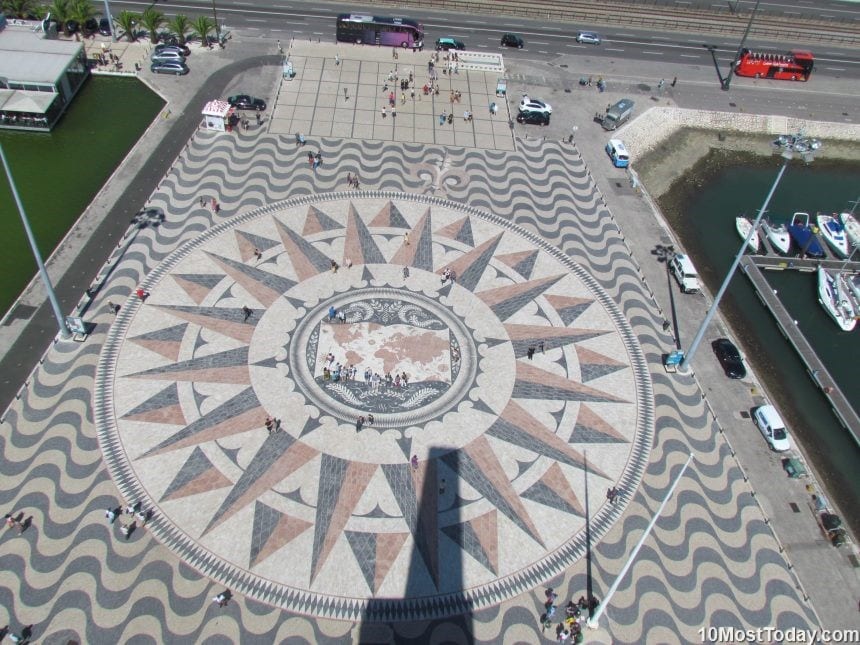 View from Padrao dos Descobrimentos to the square below

Pastel de nata could easily be referred to as the national pastry of Portugal. Everyone who spends a couple of days in the country should try the tasty pastry. And if you’re in Lisbon – you must try them in the iconic Pastéis de Belém – a pastry house also located in Belém. Pastéis de Belém is using the same secret recipe since 1837! There is always a long line for take-away outside, but it goes fast, and you can also sit in one of the many tables inside 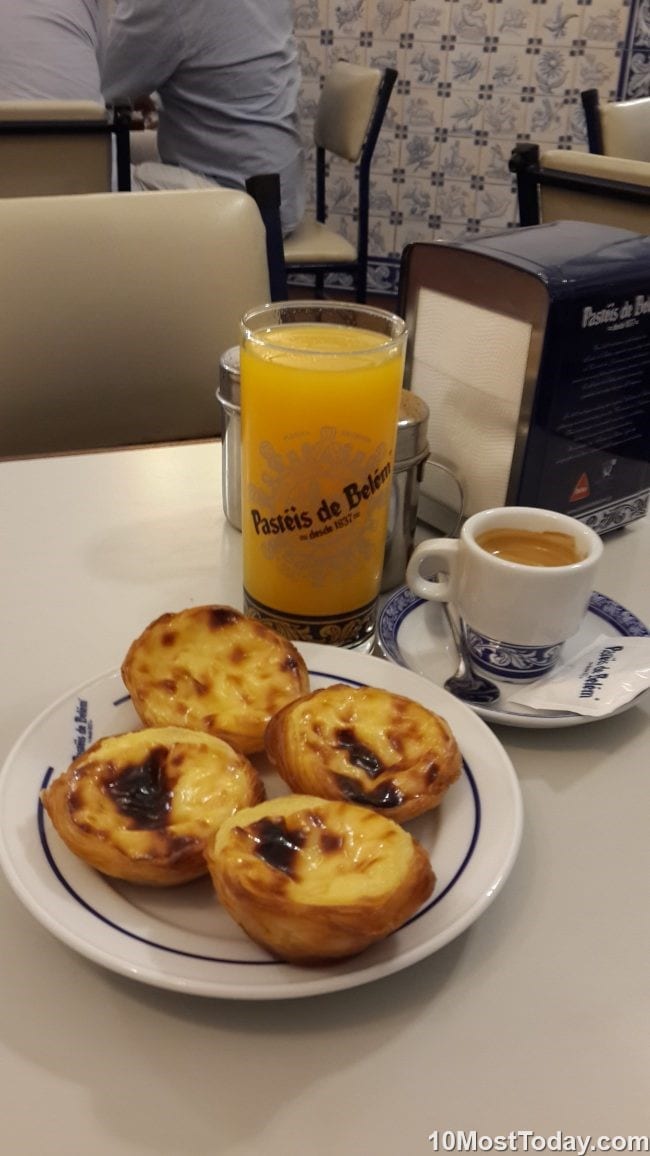 Also located in Belém, the museum has one of the best collections of historical carriages in the entire world. The collection is very impressive and interesting, and if you have enough time in Lisbon, a visit to this museum could be time well spent 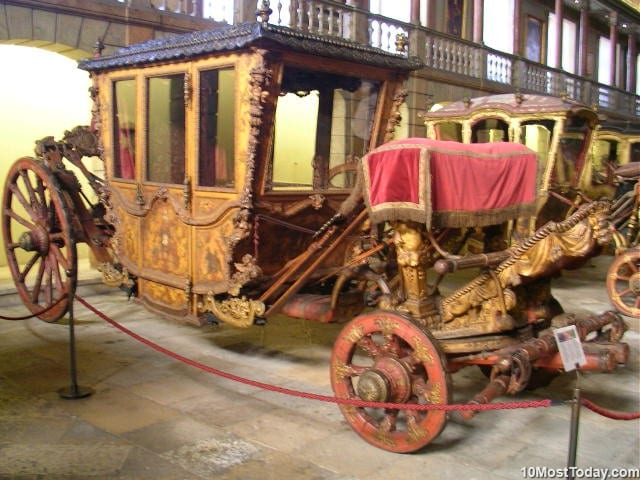 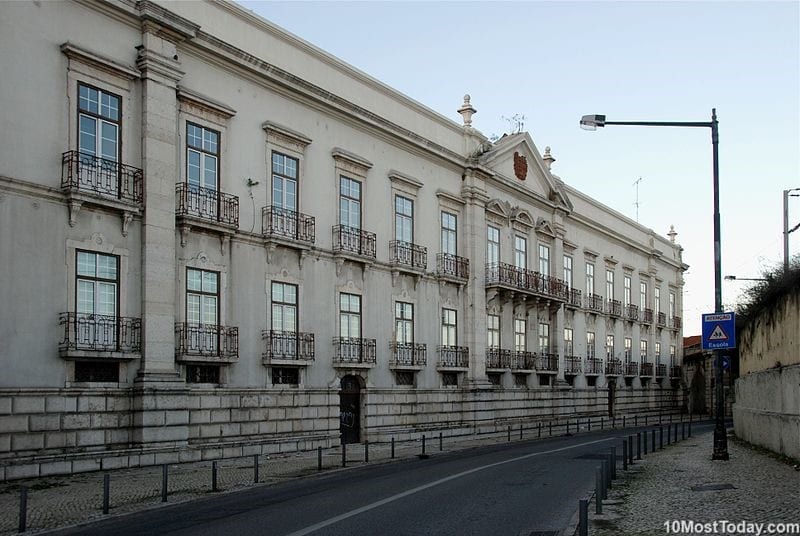 Sintra is a town 30 minutes drive from Lisbon. It is known for its many 19th-century palaces and castles, and is classified as a UNESCO heritage site. The beautiful Disney-like palaces (Pena palace being the most famous one) attract many tourists from Lisbon to a day trip – either by a rental car, a train or a guided group 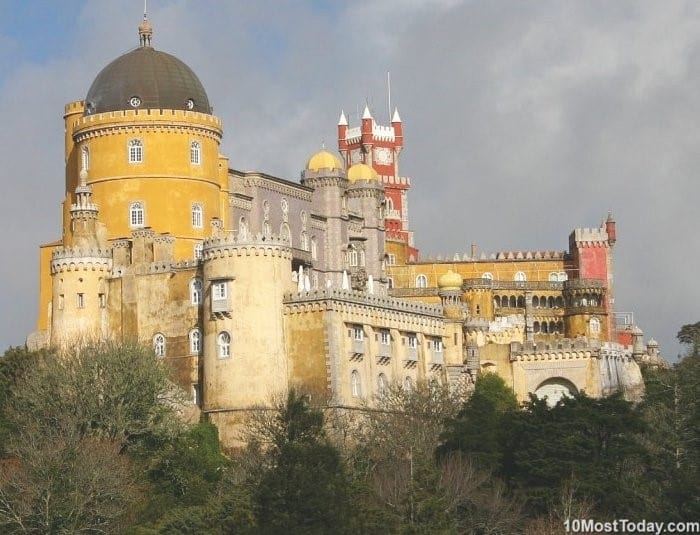 Cabo da Roca is the westernmost point of continental Europe. It is set on a high cliff with dramatic view of the coast and the Atlantic. It’s about 40 minutes from Lisbon and just 10 minutes from Sintra. So if you arrived to Sintra on your own, it’s an easy drive to Cabo da Roca. Cascais is a coastal town, a former fishing village which is very nice to visit for a day or even spend the night. It is 30 minutes drive from Lisbon but only few minutes from Cabo da Roca. So you can easily visit Cabo da Roca and Cascais on the same day. If you’re fast you can do a complete circle from Lisbon to Sintra, continue to Cabo da Roca, Cascais and back to Lisbon on the same day. The total distance is just under 100 km (62 miles) 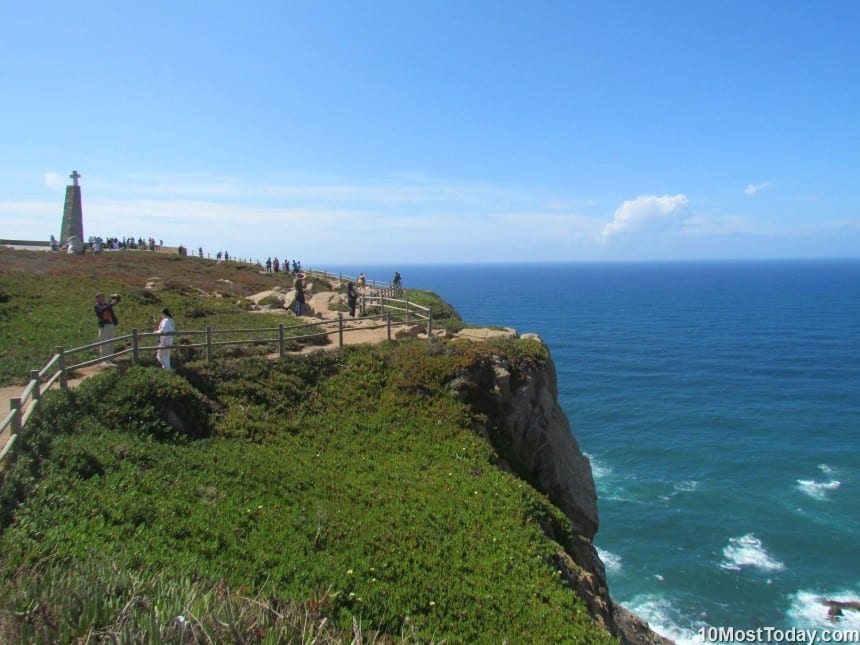