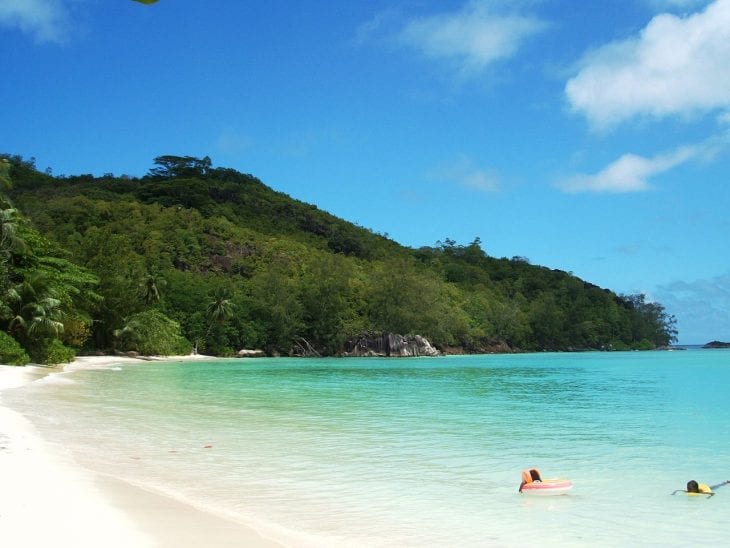 The following is a list of the 10 best beaches in the world, according to National Geographic book: The 10 Best Of Everything

The 115 components of this archipelago in the Indian Ocean are a popular resort and one of the most photographed beaches in the world. The turquoise water is relatively shallow and protected from the ocean’s waves by a reef. One of the most popular beaches is the beach of Anse Source d’Argent on La Digue Island. 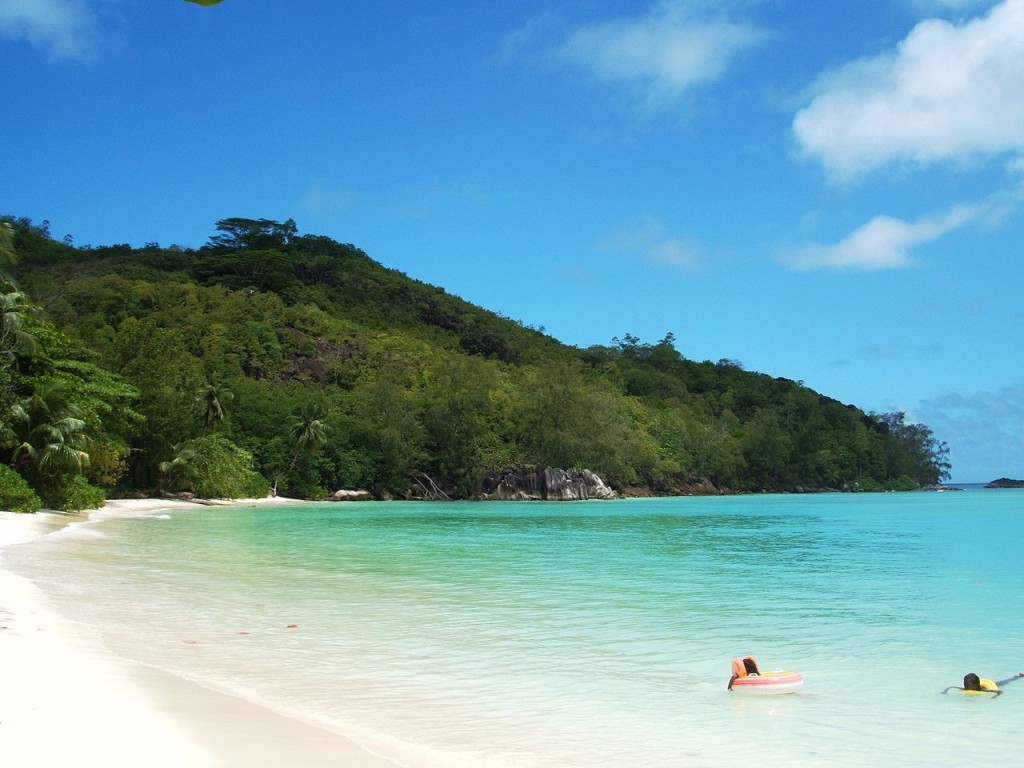 10 Best Beaches In The World: Seychelles

This island country in the Indian Ocean is straddling the Equator southwest of Sri Lanka. It consists of 1,102 islands and is a popular resort for tourists just looking to relax on the beach, as well as more adventurous tourists looking to swim or dive with tropical fish. 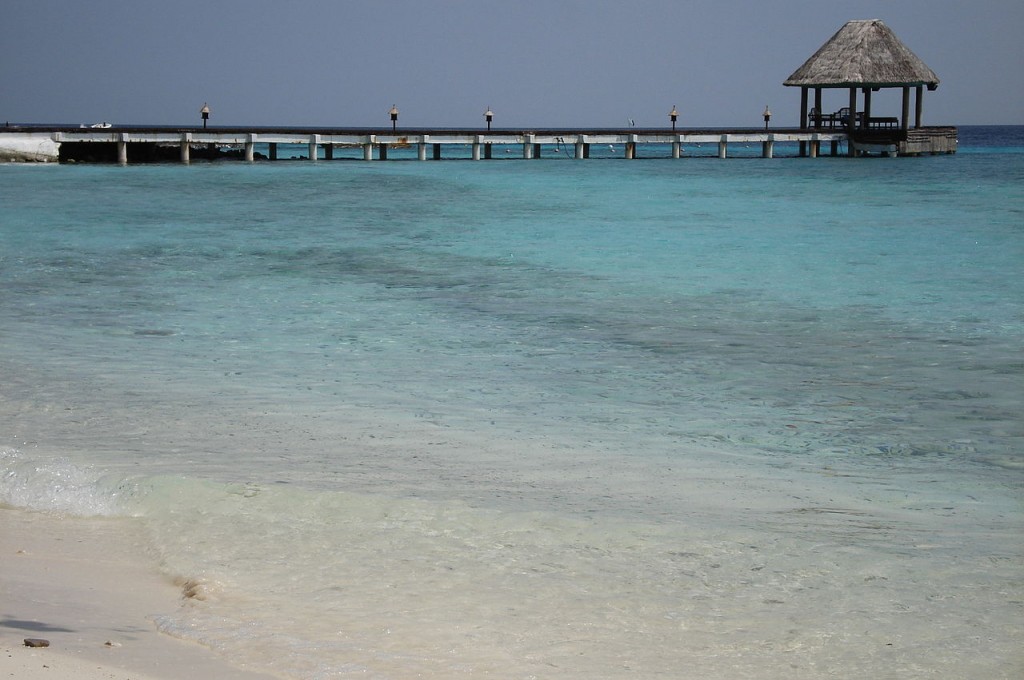 10 Best Beaches In The World: Maldives

Bora Bora is an island in French Polynesia, in the Pacific Ocean. It is just 18 miles (29 kilometers) long and in the center of the island are the remnants of an extinct volcano rising to two peaks, Mount Pahia and Mount Otemanu, the highest point at 727 m (2,385 ft). It is surrounded by a lagoon and a barrier reef and is a major international tourist destination for its isolated beaches, intimate hotels, and quiet atmosphere. 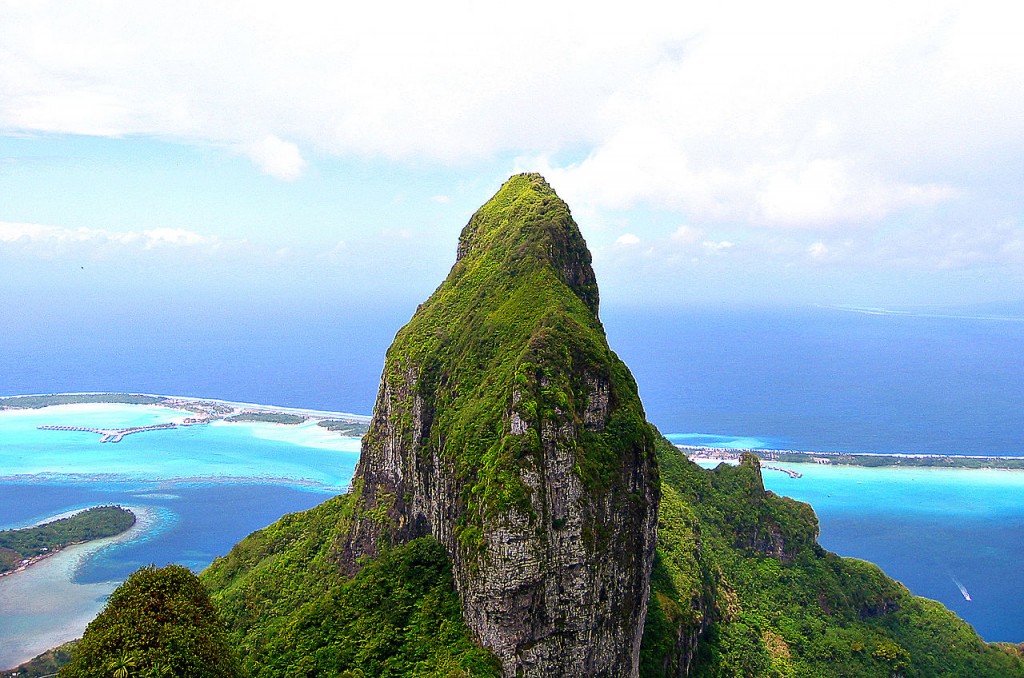 The Hamptons are a group of villages located from Southampton till the end of the island at Montauk. It has some of the prettiest beaches on Long Island. It has an unspoiled shoreline, windswept dunes and waving grasses which border the Atlantic Ocean. The Hamptons have some of the most expensive residential properties in the U.S. 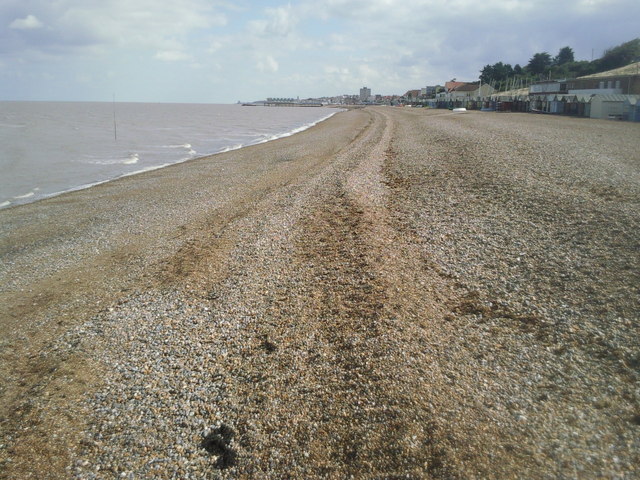 10 Best Beaches In The World: The Hamptons

This small 0.5-mile beach has been constantly ranked among the best beaches in the world. The shore is protected by a nearby coral reef, which keeps the surf relatively calm and the water is always deep green. Due to its position on the east side of the island, Lanikai is recognized as being a great place to watch the moonrise over the Mokuluas, especially during the full moon.

An island 30 miles (48 km) south of Cape Cod, Massachusetts, in the United States. Together with the small islands of Tuckernuck and Muskeget, it constitutes the town of Nantucket. The most popular beaches on the island are Surfside and Children’s as well as Madaket Beach. 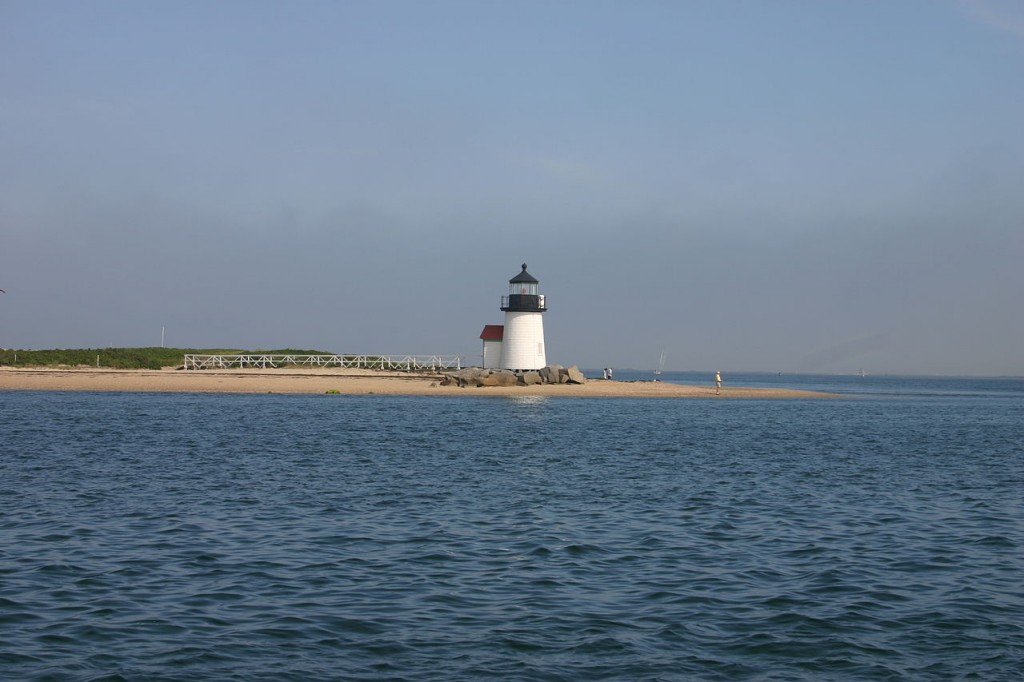 10 Best Beaches In The World: Nantucket

A heritage-listed island located along the southern coast of Queensland, Australia. Its length is about 120 kilometers (75 mi) and its width is approximately 24 kilometers (15 mi). The island is considered to be the largest sand island in the world at 1840 km² of unspoiled natural paradise. Rainforests with 1,000-year-old trees sprout from the sand. 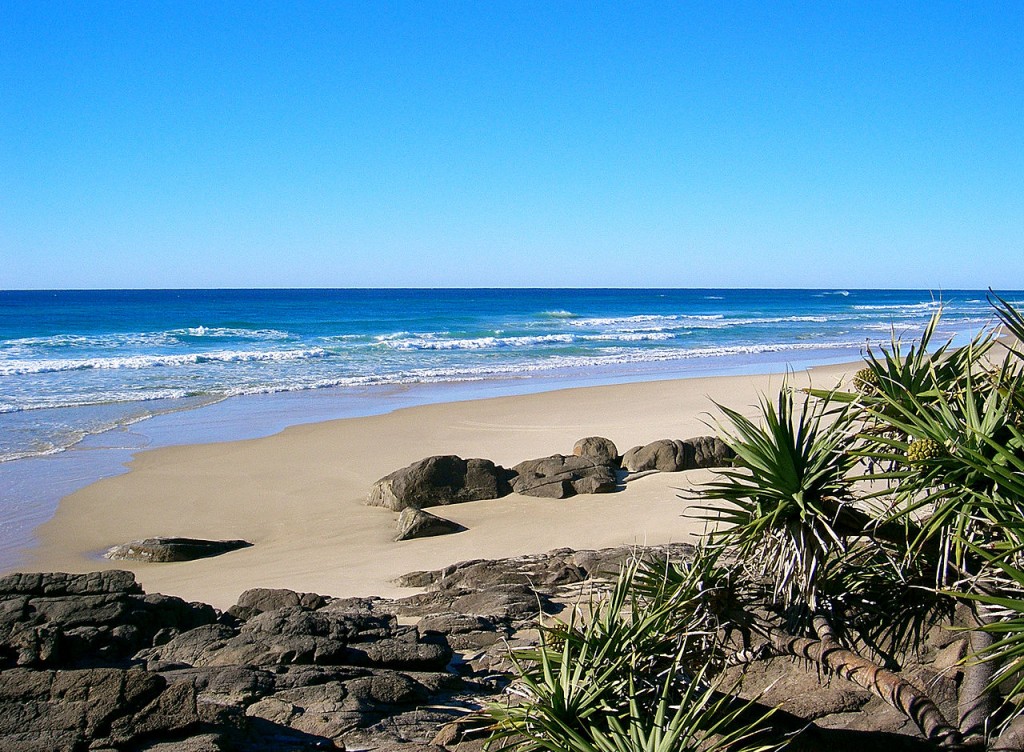 An island in the Caribbean Sea, only 8 miles long (13 km). It has 20 beautiful beaches with clear water and white sand. The island attracts tourists from around the world coming to relax at the beach and enjoy the French cuisine. 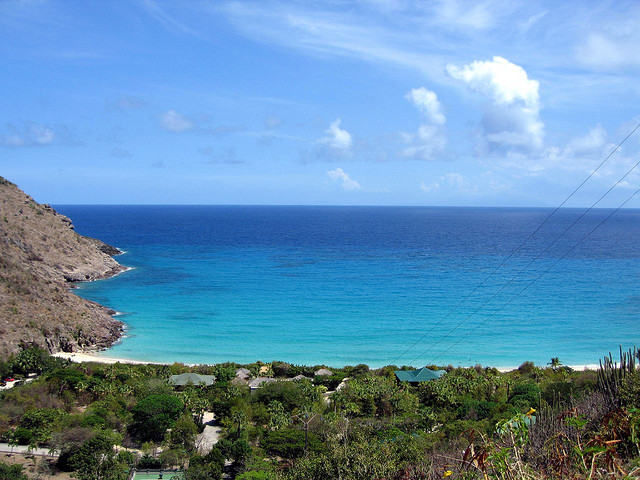 An archipelago of 104 islands in the Andaman Sea, some 30 km off the mainland coast of northwestern Malaysia. Langkawi is populated with about 65,000 people and is known for its beautiful beaches with white sands and clear waters next to green forests. 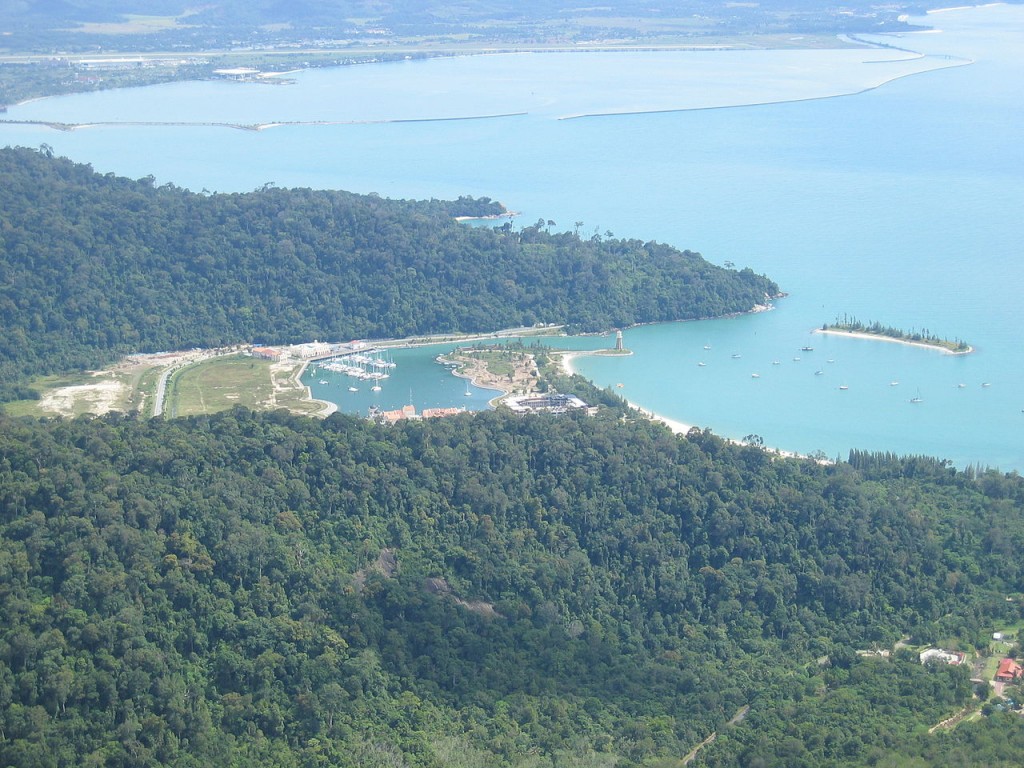 10 Best Beaches In The World: Langkawi

Located on the Kohala Coast of the Aloha State’s Big Island, Kauna’oa Bay is the quintessential Hawaiian spot. The 0.25-mile-long (0.4-kilometer-long), the crescent-shaped beach has plenty of white sand, palm trees, and calm, clear, blue water. In addition to swimming and sunbathing, the more active tourists here can snorkel or ride boogie boards. At night you can try and catch a glimpse of manta ray swimming. 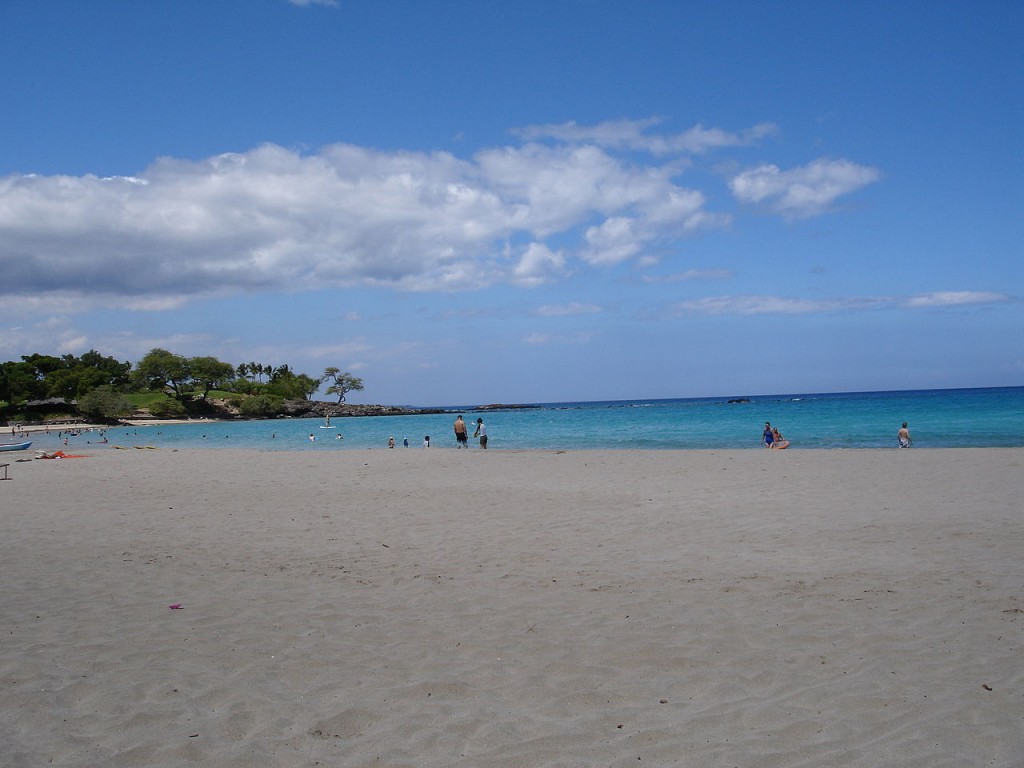