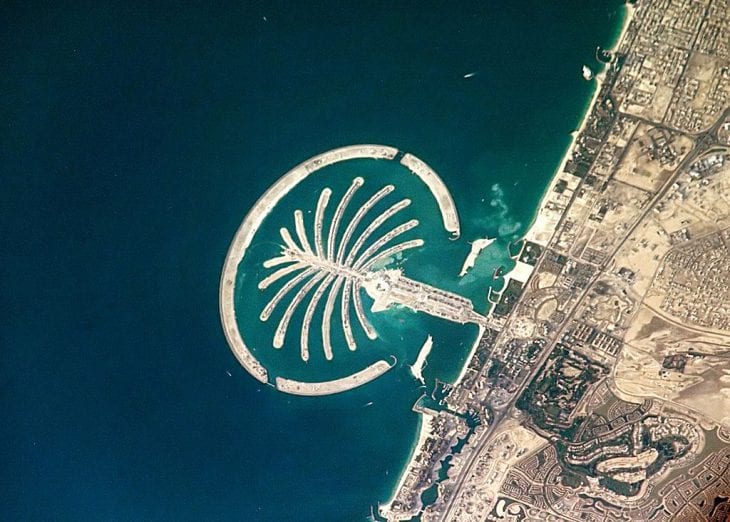 An artificial island or man-made island is an island or archipelago that has been constructed by people rather than formed by natural means. They are created by expanding existing islets, construction on existing reefs, or amalgamating several natural islets into a bigger island. They are often used to expand urban territory for cities located by the ocean or lakes. Often those islands are used for seaports or airports

The Palm Jumeirah is an artificial archipelago created using land reclamation. It is one of three islands called the Palm Islands (Palm Jumeirah, Palm Jebel Ali and Palm Deira) which extend into the Persian Gulf, increasing Dubai’s shoreline by a total of 520 kilometers (320 mi). The Palm Jumeirah is the smallest and the original of three Palm Islands. It is located on the Jumeirah coastal area of the emirate of Dubai, in the United Arab Emirates (UAE). 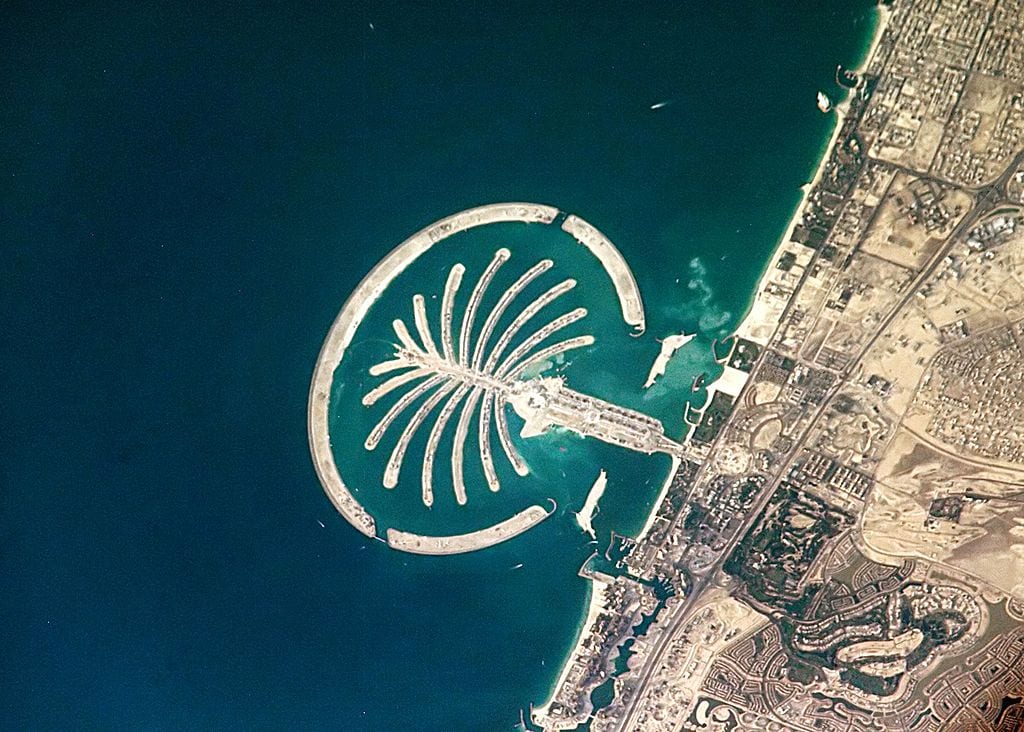 Also located in Dubai, the world is an artificial archipelago of various small islands constructed in the rough shape of a world map, located 4.0 kilometers (2.5 mi) off the coast. The World islands are composed mainly of sand dredged from Dubai’s shallow coastal waters. The project was originally conceived by Sheikh Mohammed bin Rashid Al Maktoum, the ruler of Dubai. Islands in the archipelago range from 14,000 to 42,000 square metres (150,000 to 450,000 sq ft) in area. Distances between islands average 100 meters (330 ft); they are constructed from 321 million cubic meters of sand and 31 million tons of rock. The World’s overall development costs were estimated at $14 billion. 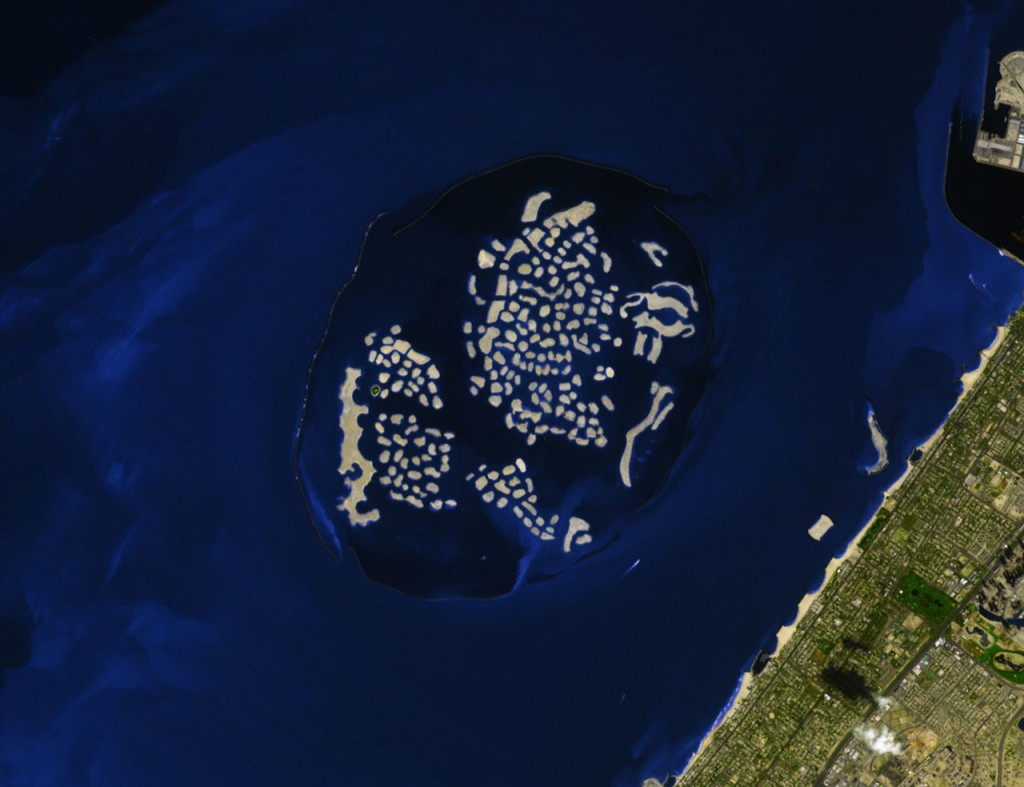 10 Most Awesome Artificial Islands: “The World” in Dubai

An artificial island in Chuo-ku, Kobe, Japan. It was constructed between 1966 and 1981 at Port of Kobe, and officially opened with an exposition called “Port Pier ’81.” It now houses a heliport, numerous hotels, a large convention center, the UCC Coffee Museum, Japan’s 3rd IKEA store, and several parks. 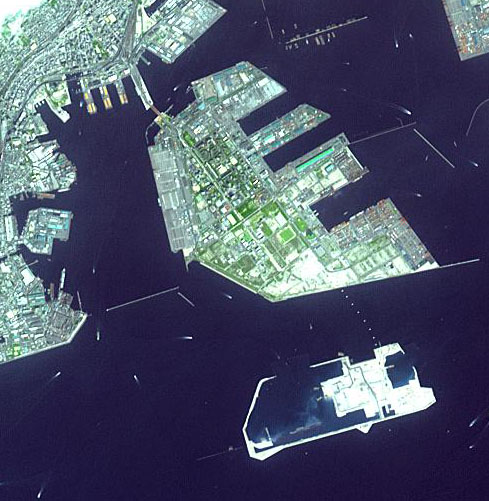 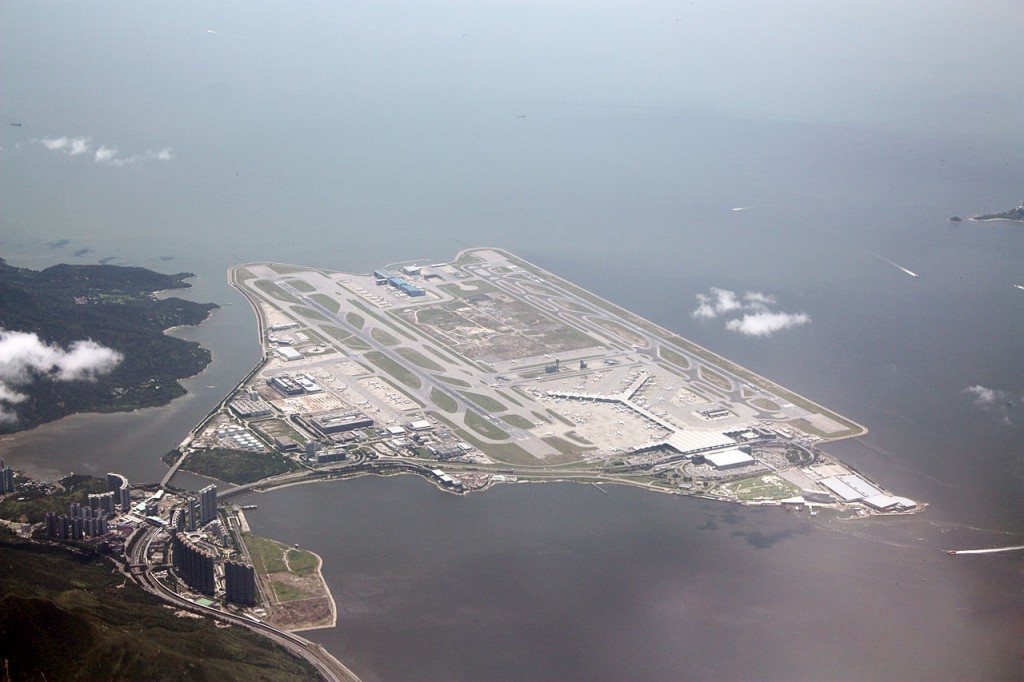 Burj Al Arab is a luxury hotel located in Dubai. At 321 m (1,053 ft), it is the fourth tallest hotel in the world. Burj Al Arab stands on an artificial island 280 m (920 ft) from Jumeirah beach and is connected to the mainland by a private curving bridge. The shape of the structure is designed to mimic the sail of a ship. Sometimes referred to as “the world’s only 7-Star hotel”, its star rating is disputed. 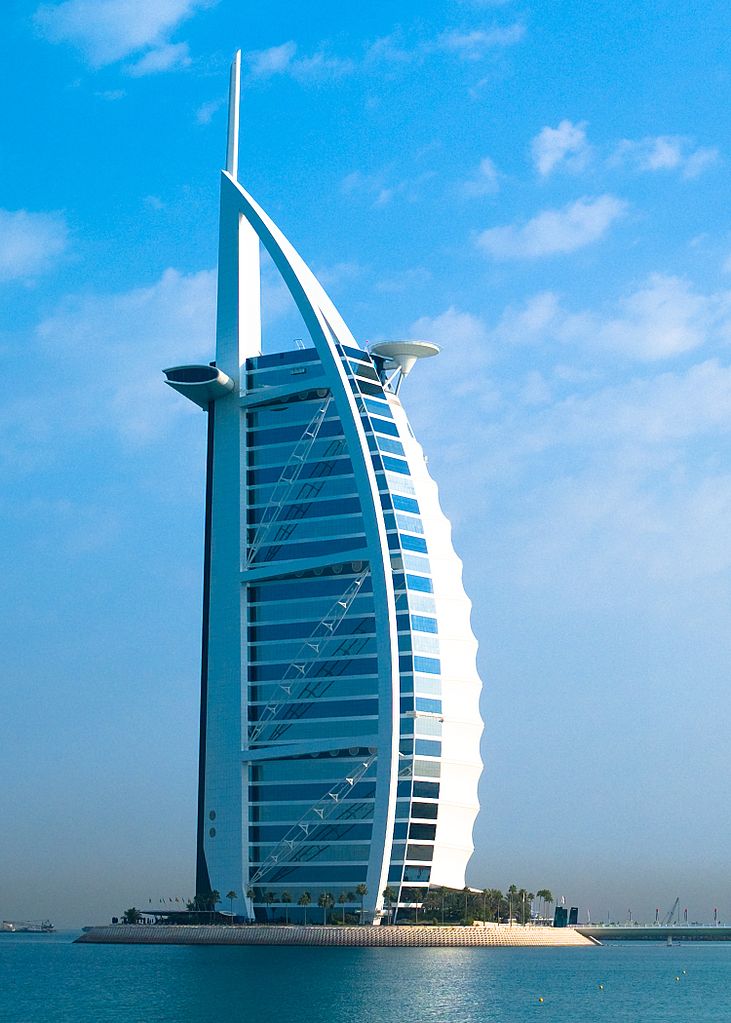 Burj Al Arab, Dubai – one of the most luxurious hotels in the world

A chain of artificial islands in the cities of Miami and Miami Beach, Florida. There are 6 inhabited islands and another uninhabited island used for picnic. The islands are connected by bridges from the Miami mainland to Miami Beach. 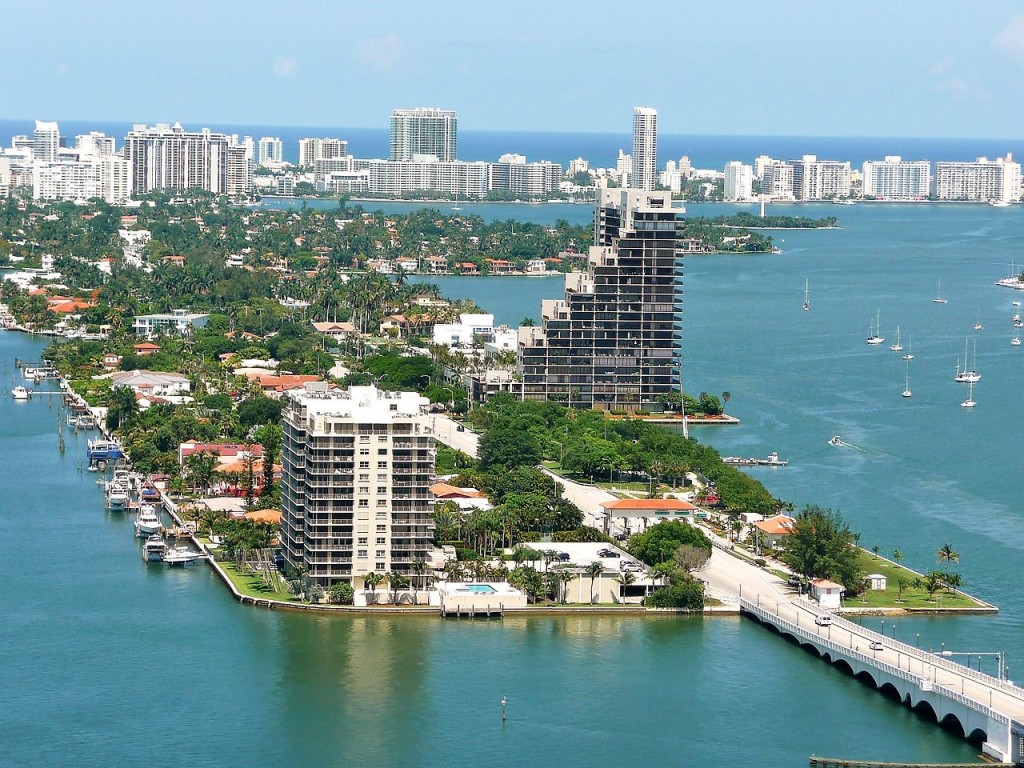 Located 350 meters from Doha shoreline, this is an artificial island spanning nearly four million square meters. It is the first land in Qatar to be available for freehold ownership by foreign nationals. As of spring 2012, there are more than 5,000 residents in this island. Once fully completed, The Pearl will create over 32 kilometers of new coastline, for use as a residential estate with an expected 15,000 dwellings and 45,000 residents by 2015. The current cost estimate of the entire project is $15 billion. 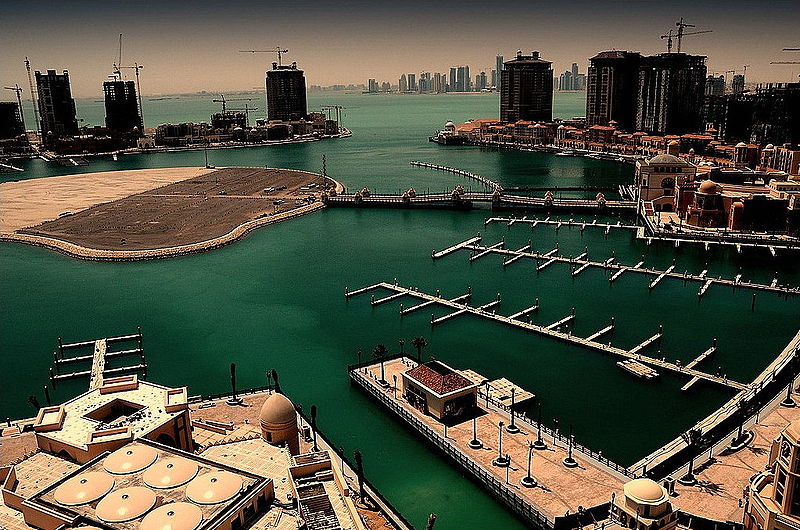 10 Most Awesome Artificial Islands: The Pearl in Qatar

An international airport located on an artificial island in the middle of Osaka Bay, Japan. The airport is off the Honshu shore and was designed by Italian architect Renzo Piano. 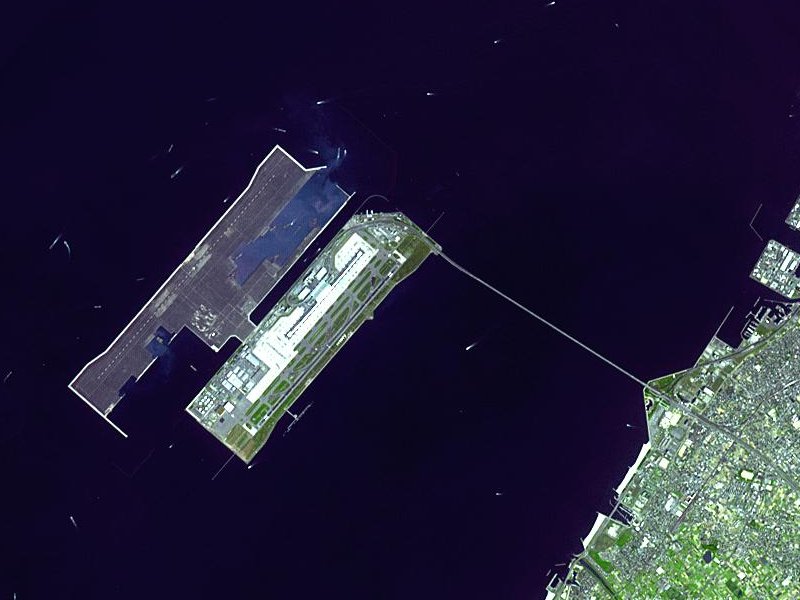 A group of artificial islands located in the northeast of Bahrain and covers roughly 2 790 000 m² (30 million square feet). The Amwaj Islands were reclaimed from the relatively shallow seas to the northeast of Muharraq Island, which is the northernmost island in the Kingdom of Bahrain. The Islands contain residential, commercial and hotel and retail buildings, as well as a 240 m diameter circular marina. 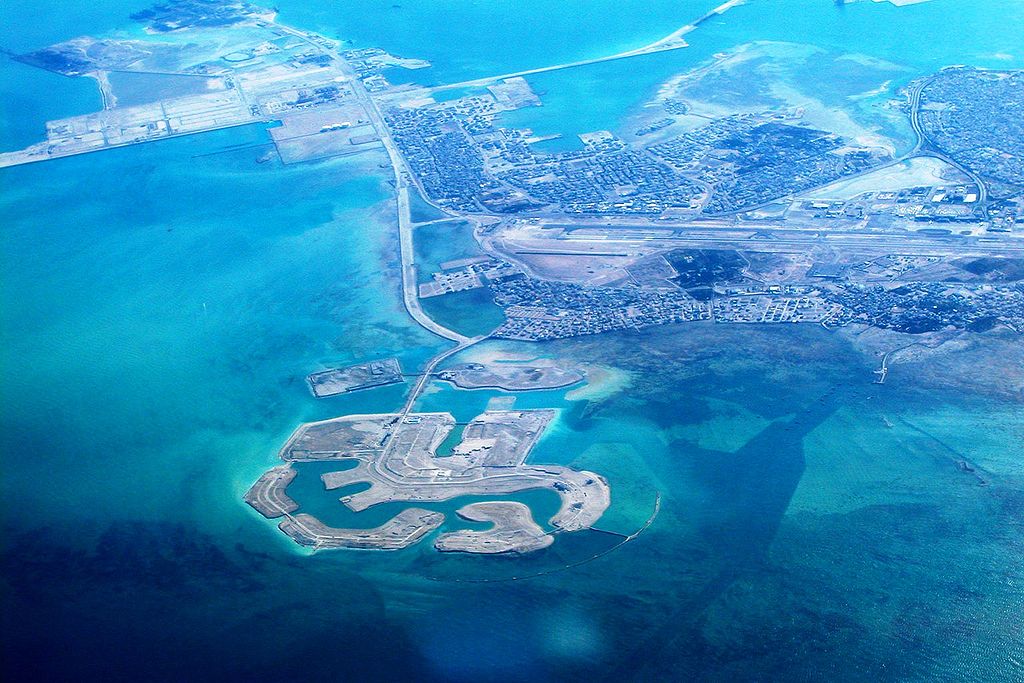