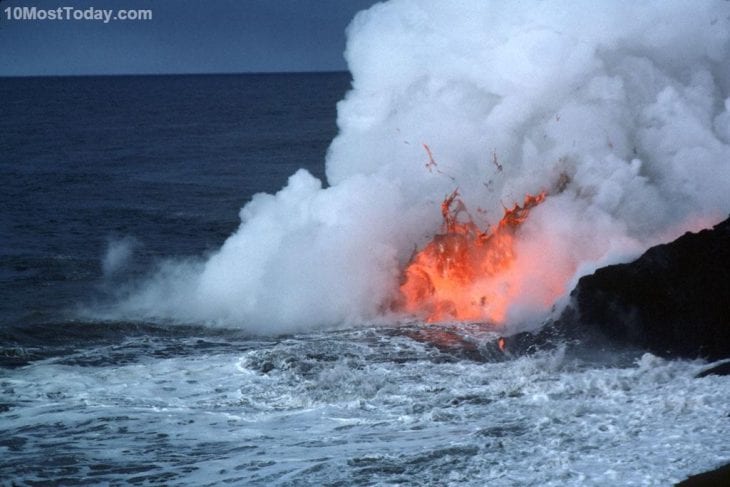 Watching Lava flows is probably a dream of many of you. To see the amazing powers of nature right in front of your eyes, substance that flows from within the earth to its surface – this is truly a remarkable sight. Of course, there aren’t that many places where this is possible, and getting close to a very active volcano is dangerous to say the least, so we gathered together a list of 10 places where it is possible to actually watch lava

Hawaii is probably the best place you can go to see Lava. It’s has extremely active volcanoes and being part of the United States, it’s also very convenient for tourists. There are guided tours inside Hawai’i Volcanoes National Park (on the Big Island). There are boat tours to see lava spills to the ocean, as well as hiking tours to Kilauea volcano to see the lava flows 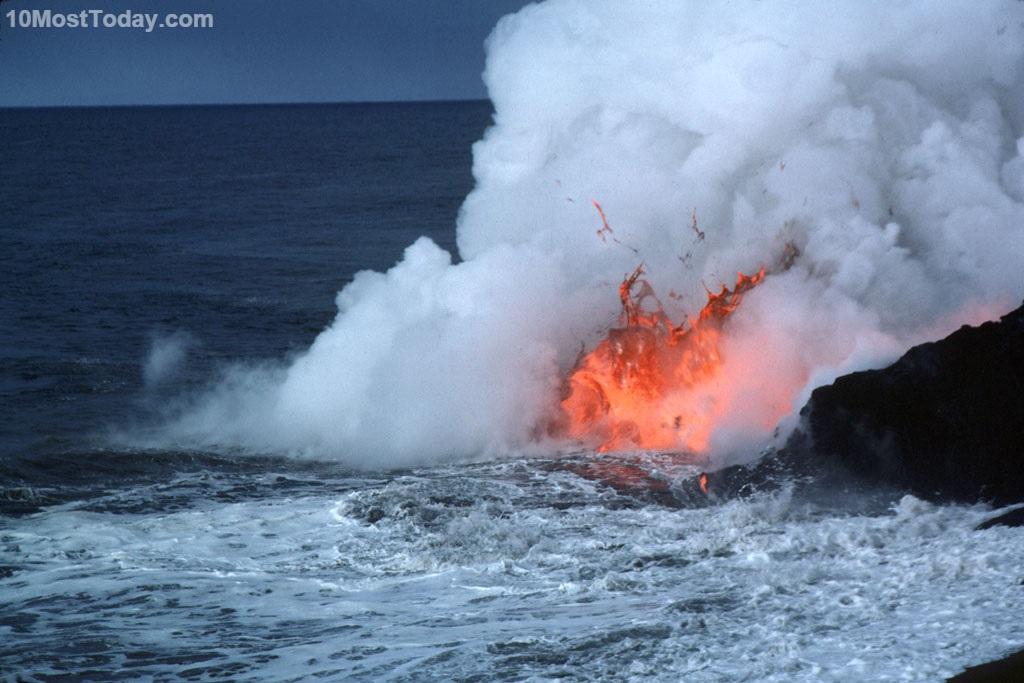 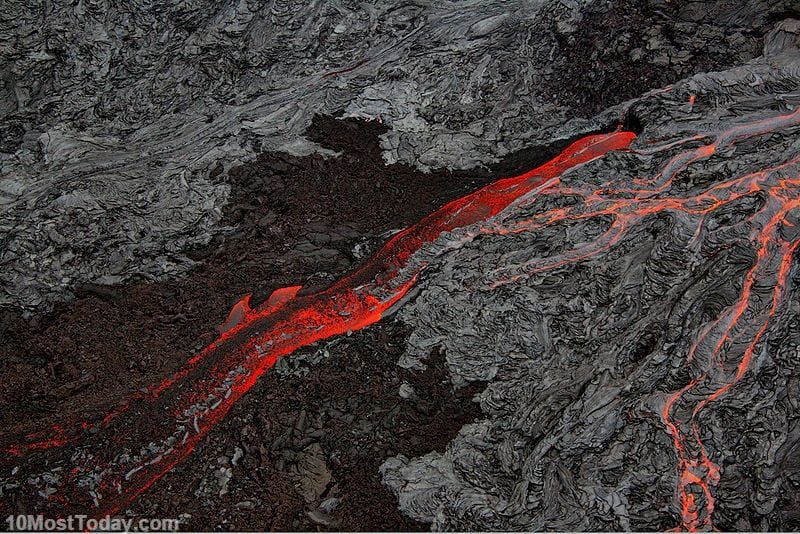 Meaning “smoking mountain”, the Erta Ale mountain is an extremely active volcano and the most active volcano in Ethiopia. It has a persistent lava lake 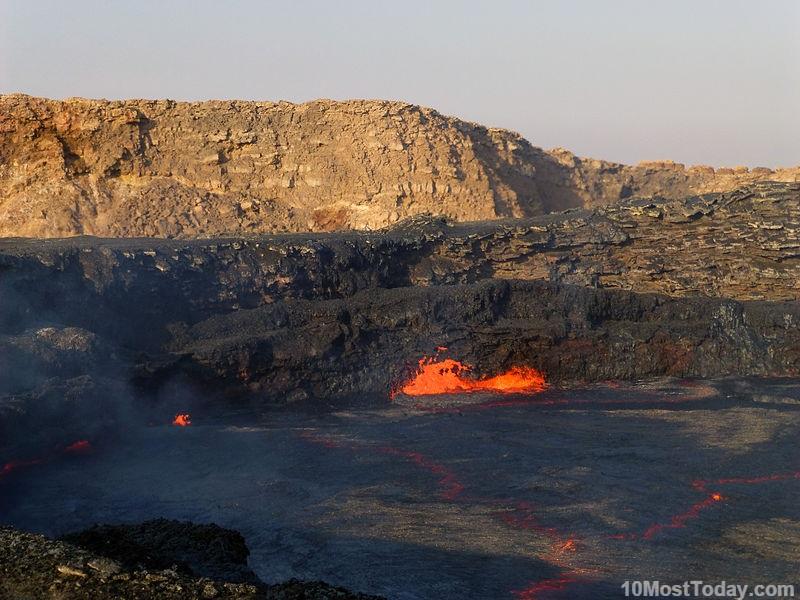 Located inside Virunga National Park, Mount Nyiragongo also has an almost persistent lava lake within its crater of about 2 km (1.2 miles) wide! The depth of the lava lake varies considerably but at times the lava lake was the most voluminous lava lake in recent history 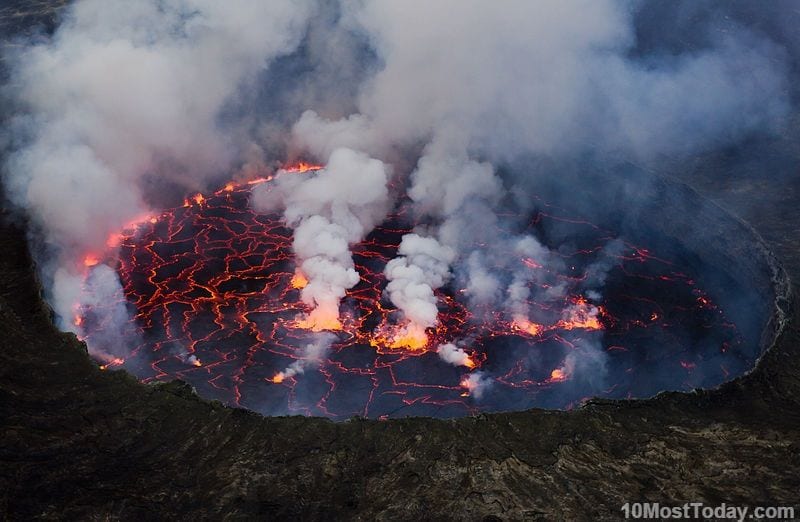 Mount Etna is one of the most active volcanoes in the world and is in an almost constant state of activity. It is also one of Sicily’s main tourist attractions. Etna is the tallest volcano in Europe, reaching a height of 3,329 m (10,922 ft). You can take a cable car to a height of 2,500 m (8,202 ft) and then walk or drive a designated vehicle till a crater at a height of 2,920 m (9,580 ft). Though active, you are not guaranteed to see lava, it possible and even likely you will only see smoke on a random visit 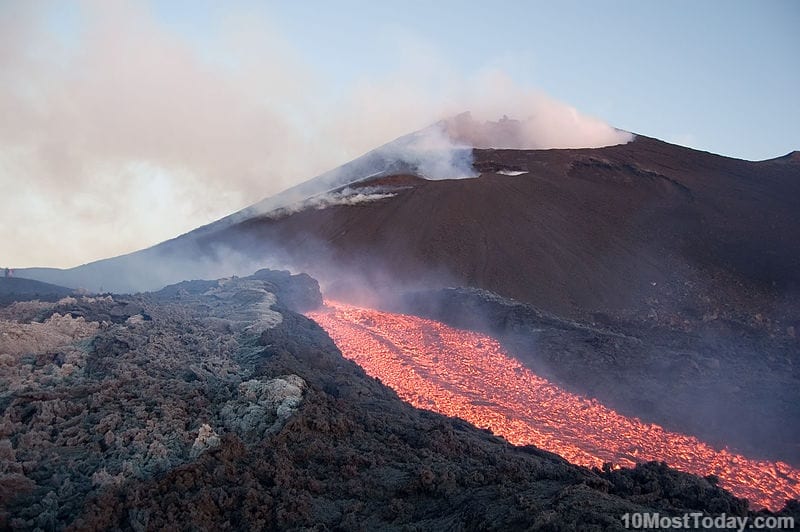 Located within Pacaya National Park, Pacaya is a very active volcano located about 30 km (19 miles) from Guatemala City. Pacaya is a very popular tourist attraction and it is possible to stand very close to the lava. You should be careful though, as many people have melt their shoes while standing too close. Eruptions of the volcano can sometime cause lava rivers, and sometimes cause ash to rain for miles away 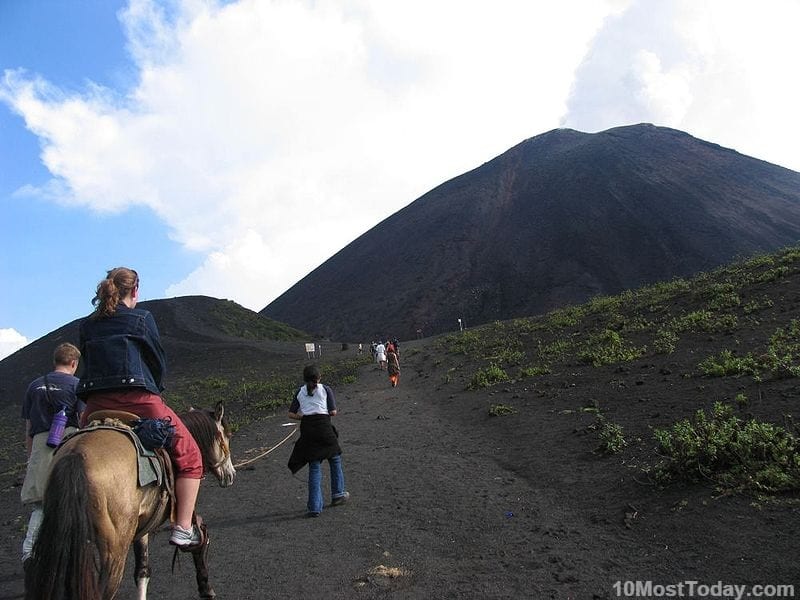 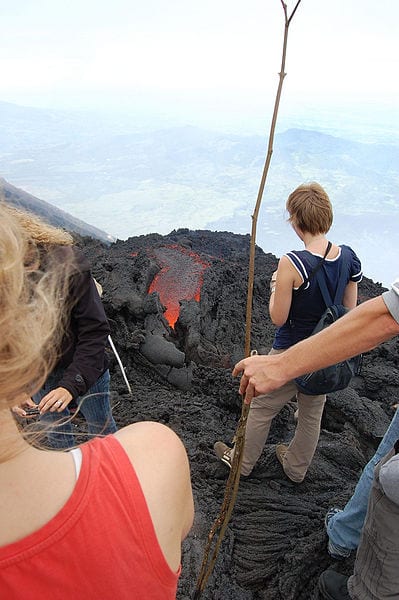 Villarrica is an active volcano near Pucon, Patagonia. Villarrica has a lava lake within its crater. Many tourists arrive to Pucon just for the experience of climbing up to the mountain summit, watch the lava lake, and then slide on the snow all the way back down 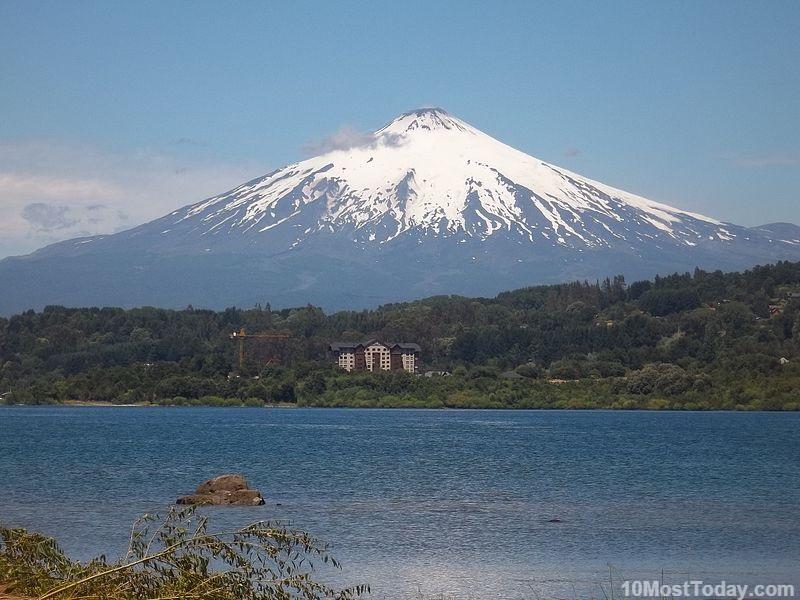