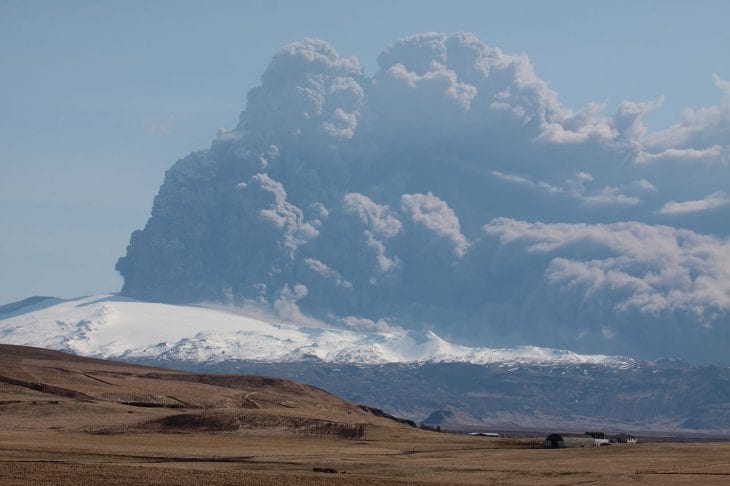 Here’s a list of the Most Active Volcanoes in the World.  The volcanoes below are considered especially dangerous due to latest eruptions or due to being included in the Decade Volcanoes list. The Decade Volcanoes list is a list of 16 volcanoes worldwide identified by the International Association of Volcanology and Chemistry of the Earth’s Interior (IAVCEI) as being worthy of particular study in light of their history of large, destructive eruptions and proximity to populated areas.
1. Eyjafjallajökull, Iceland – Icelandic for “Island mountain glacier”, this volcano is one of the smaller ice caps of Iceland. The ice cap covers the caldera of a volcano with a summit elevation of 1,666 meters (5,466 ft). The 2010 eruption caused enormous disruption to air travel across western and northern Europe. About 20 countries closed their airspace to commercial jet traffic and it affected more than 100,000 travelers 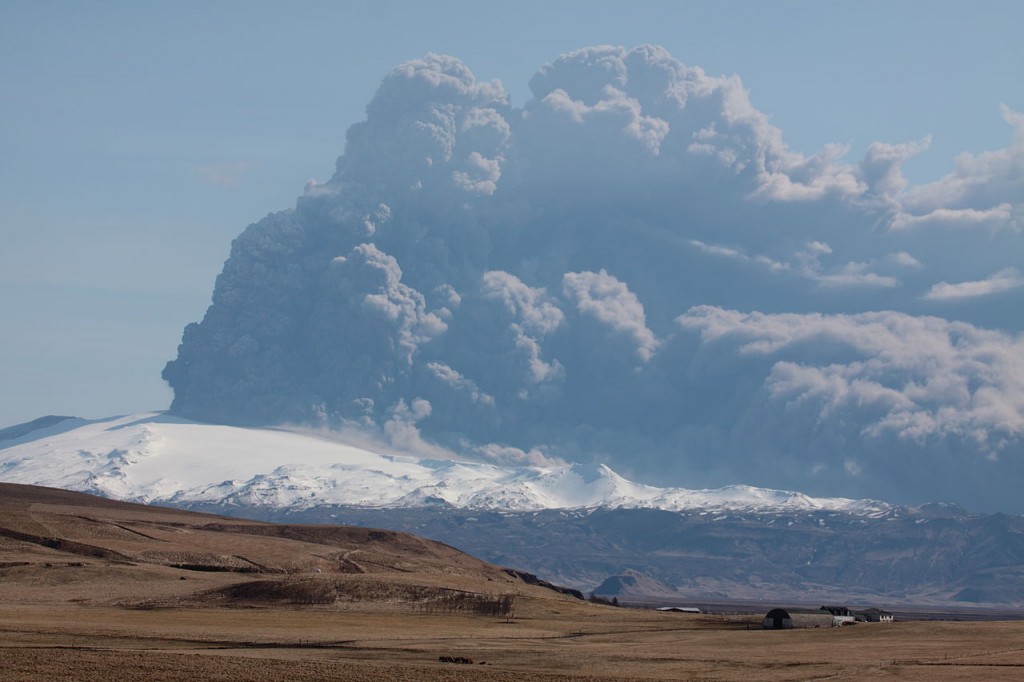 Eyjafjallajokull eruption of 2010. Hundreds of flights were cancelled

2. Mount Vesuvius, Italy – Located just 9 km (5.6 mi) east of Naples, making it the most densely populated volcanic region in the entire world. Mount Vesuvius has a history of activity that makes it one of the world’s most dangerous volcanoes. It last erupted was in 1944, but the most memorable eruption was the massive eruption of 79 AD, when it buried the cities of Herculaneum and Pompeii 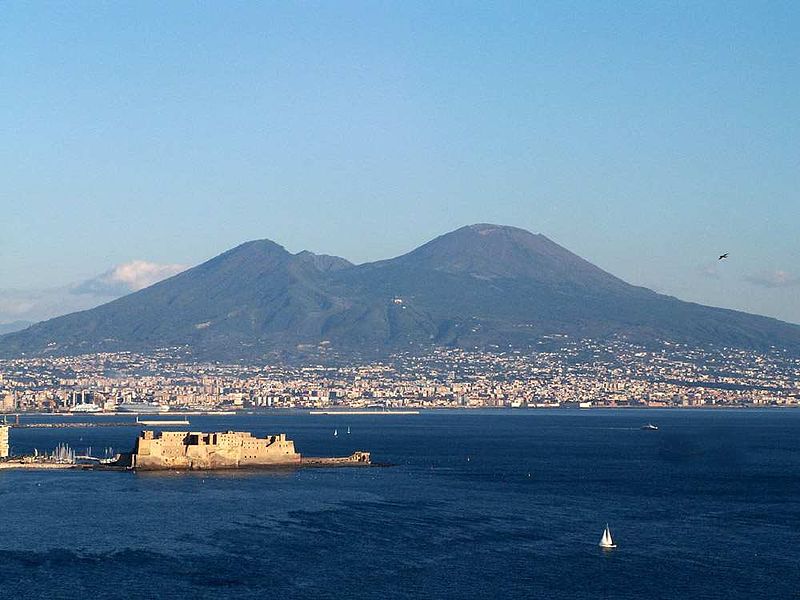 Buried the city of Pompeii in 79 AD – Mount Vesuvius

3. Sakurajima, Japan – An active volcano and a former island. The lava flows of the 1914 eruption caused the former island to be connected with the Osumi Peninsula. The volcanic activity still continues, dropping large amounts of volcanic ash on the surroundings. Earlier eruptions built the white sands highlands in the region 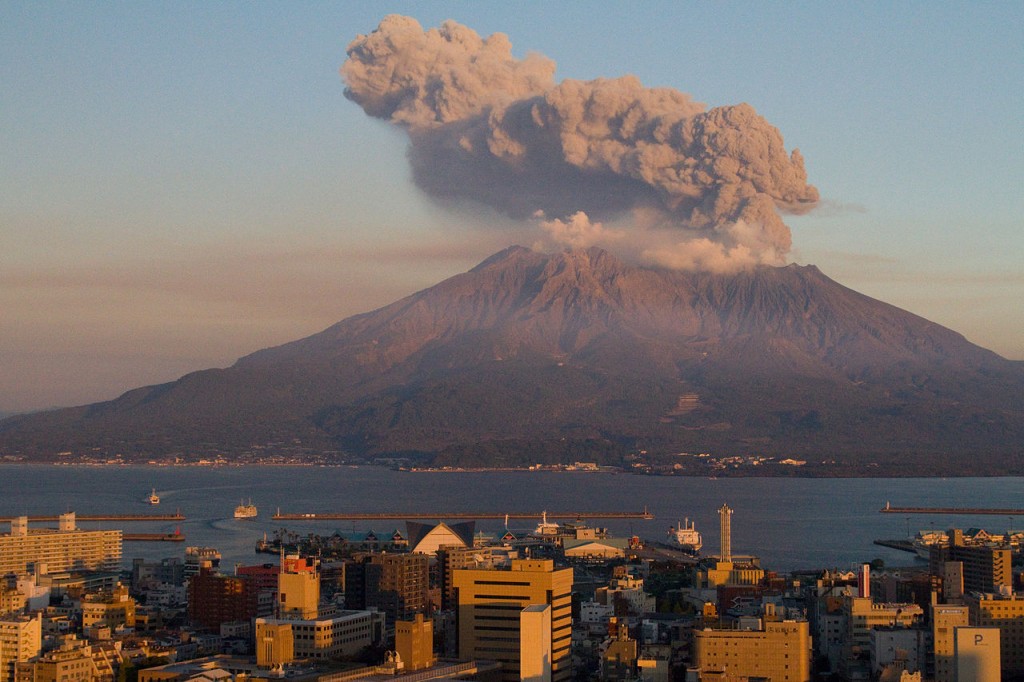 The lava connected the island to the mainland – Sakurajima

4. Mount Merapi, Indonesia – “Fire Mountain” is an active volcano located on the border between Central Java and Indonesia. It is the most active volcano in Indonesia and has erupted regularly since 1548. Thousands of people live on the flanks of the volcano 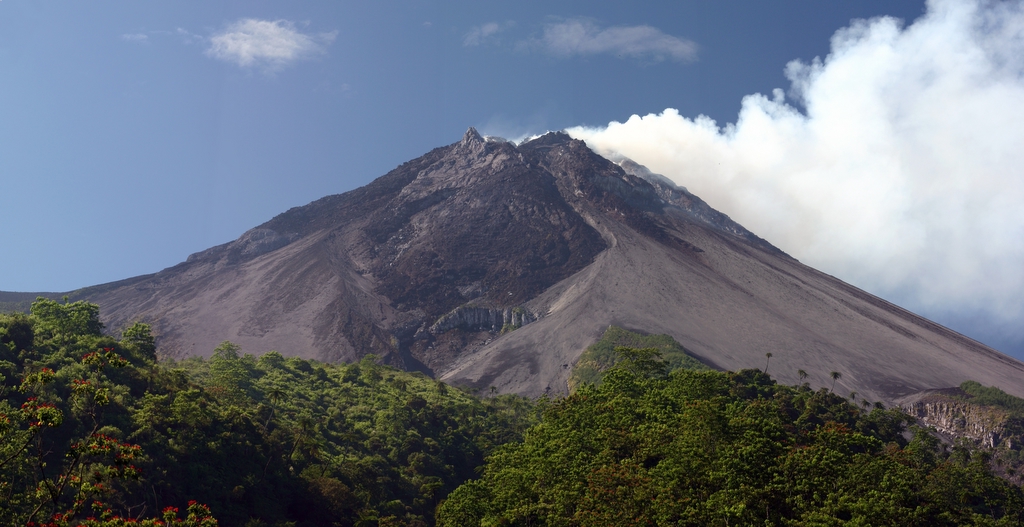 10 Most Active Volcanoes In The World: Mount Merapi

5. Mount Nyiragongo, D.R of Congo – An active volcano located inside Virunga National Park, in the Democratic Republic of the Congo. The main crater is about two km wide and usually contains a lava lake. Nyiragongo’s lava lake has at times been the most voluminous known lava lake in recent history. Nyiragongo and nearby Nyamuragira are together responsible for 40% of Africa’s historical volcanic eruptions 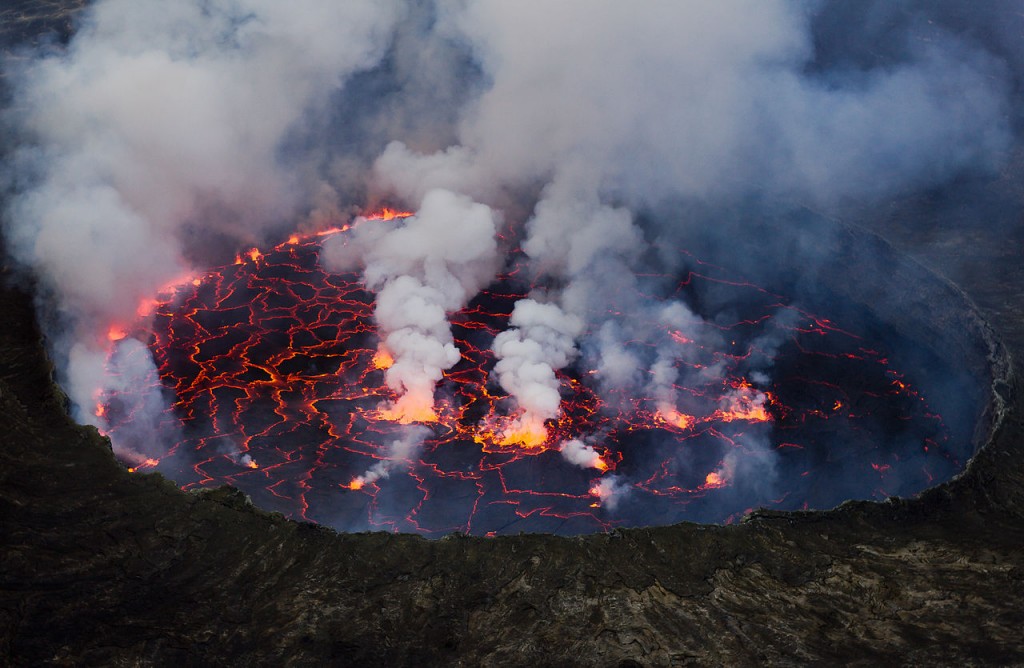 6. Ulawun, Papua New Guinea – Situated on the island of New Britainit, it is the highest mountain in the Bismarck Archipelago at 2,334 meters (7,657 ft), and one of the most active volcanoes in Papua New Guinea. Several thousand people live near the volcano. There have been 22 recorded eruptions since the 18th century 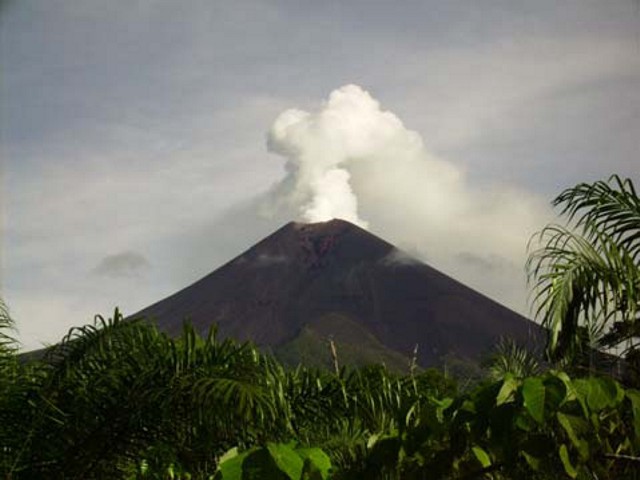 10 Most Active Volcanoes In The World: Mount Ulawun 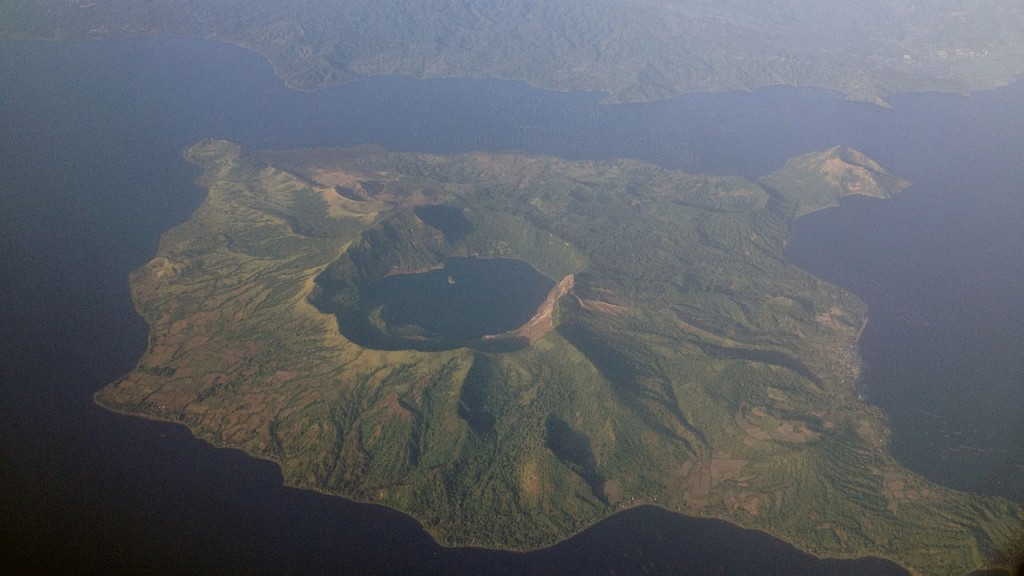 10 Most Active Volcanoes In The World: Taal Volcano

8. Mauna Loa, Hawaii – One of five volcanoes that form the Island of Hawaii and the largest on Earth in terms of volume and area covered. The Hawaiian name “Mauna Loa” means “Long Mountain”. Lava eruptions from Mauna Loa are very fluid; eruptions tend to be non-explosive and the volcano has relatively shallow slopes 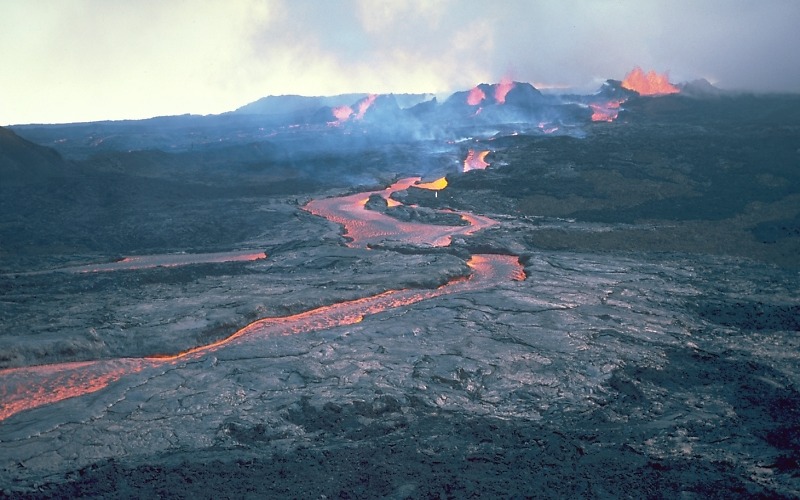 10 Most Active Volcanoes In The World: Mount Loa, Hawaii

9. Galeras, Colombia –  It summit rises 4,276 meters (14,029 ft) above sea level. It has erupted frequently since the Spanish conquest, with its first historical eruption being recorded on December 7, 1580. A 1993 eruption killed nine people, including six scientists who had descended into the volcano’s crater to sample gases. It is currently the most active volcano in Colombia 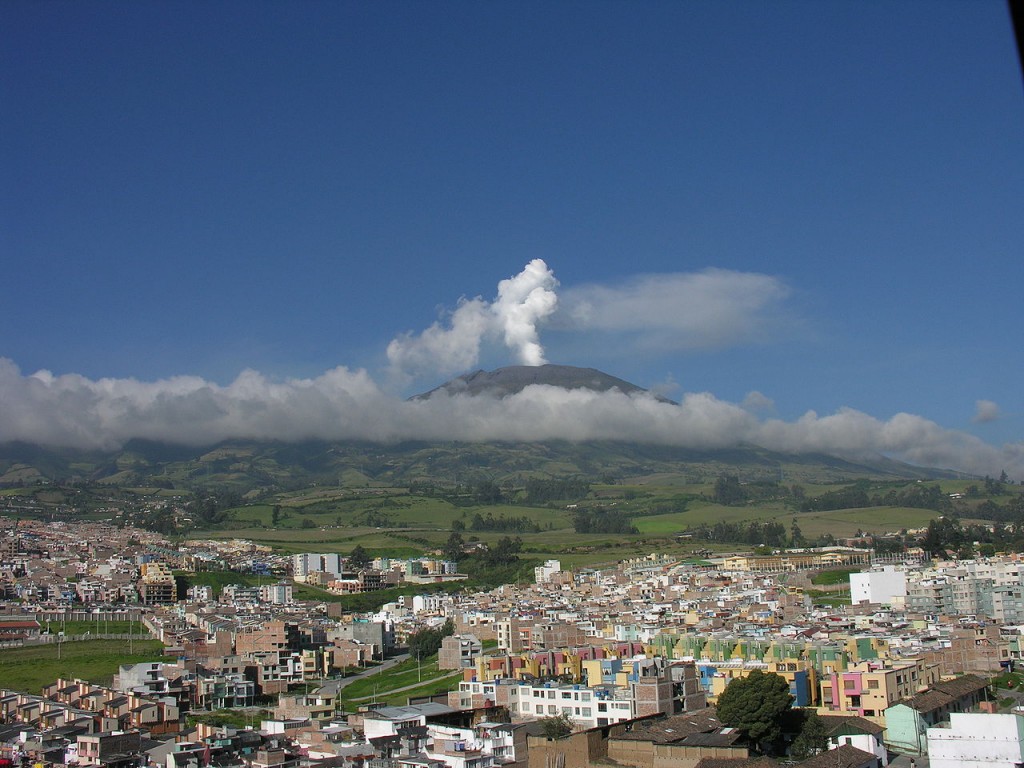 10 Most Active Volcanoes In The World: Galeras, Colombia 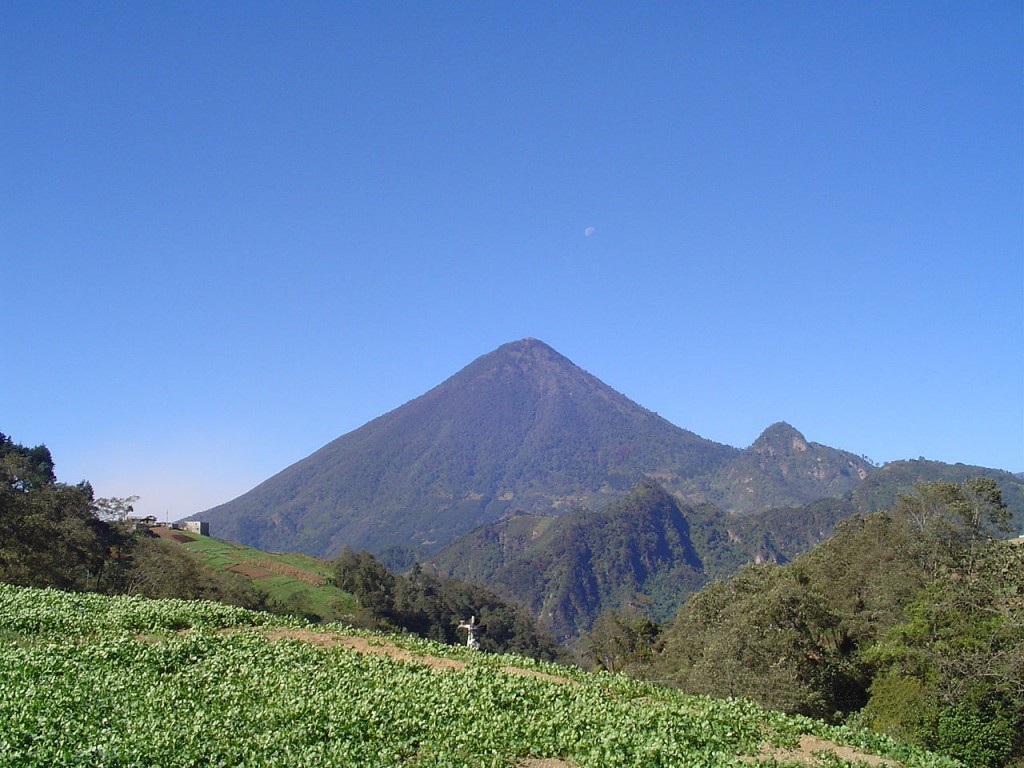 10 Most Active Volcanoes In The World: Santa Maria, Guatemala