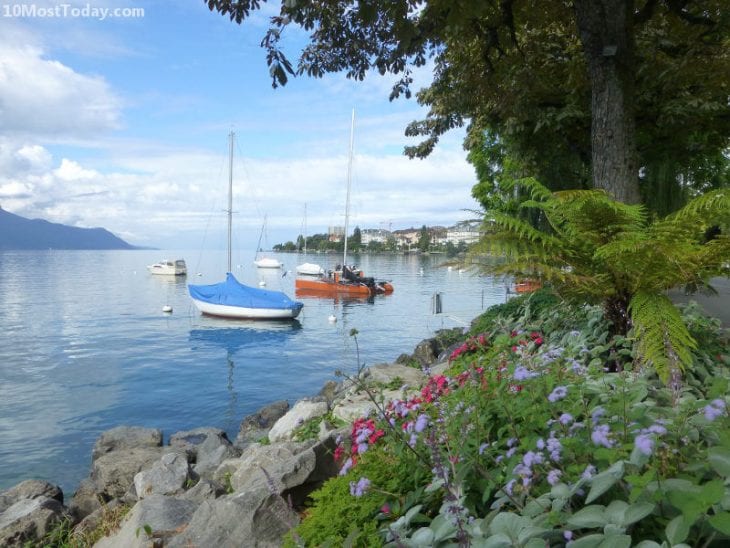 I listed the best attractions in Geneva and included there a couple of well worth day trips, one of which was a trip around the lake. I wanted to further elaborate on great destinations and landmarks around the lake

Lake Geneva, or lac Léman (French) is long and narrow, and is one of the largest lakes in Western Europe. The beautiful lake lies between the Alps and is shared between Switzerland and France so if you’re going to drive around it, you’ll be driving in both Switzerland and France and have to cross borders. The drive itself is not long – it’s about 200 km (124 miles), and the roads are very good, but there’s much to see and do, so it could be a long day. Here are the best attractions around Lake Geneva, ordered by geographical location, starting from Geneva and going clockwise 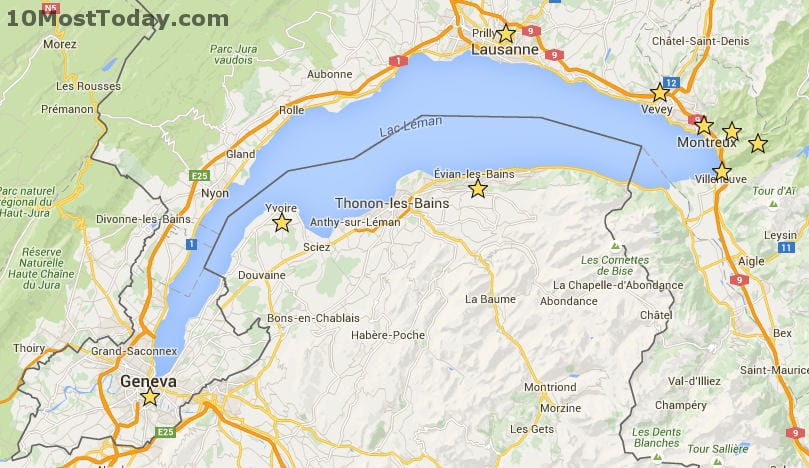 The largest city on the lake and typically the starting point of a trip around it. The major local attractions within the city are the Jet d’Eau fountain, the Palais des Nations, the old town, CERN and more. Click here for the full list of best attractions in Geneva 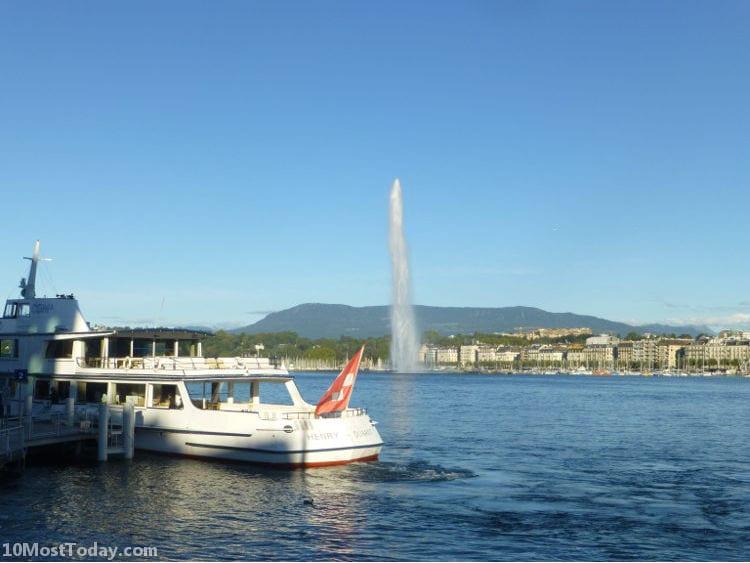 Laussane is the second largest city on the lake and the fourth largest city in Switzerland. It is less than an hour drive from Geneva and well worth a visit. The beautiful Laussane Cathedral is overlooking the city and lake and the old town has its own charm. Laussane is home to the International Olympic Committee and the recommended Olympic Museum which houses more than 10,000 artifacts related to the Olympics – the largest archive of Olympic Games in the world 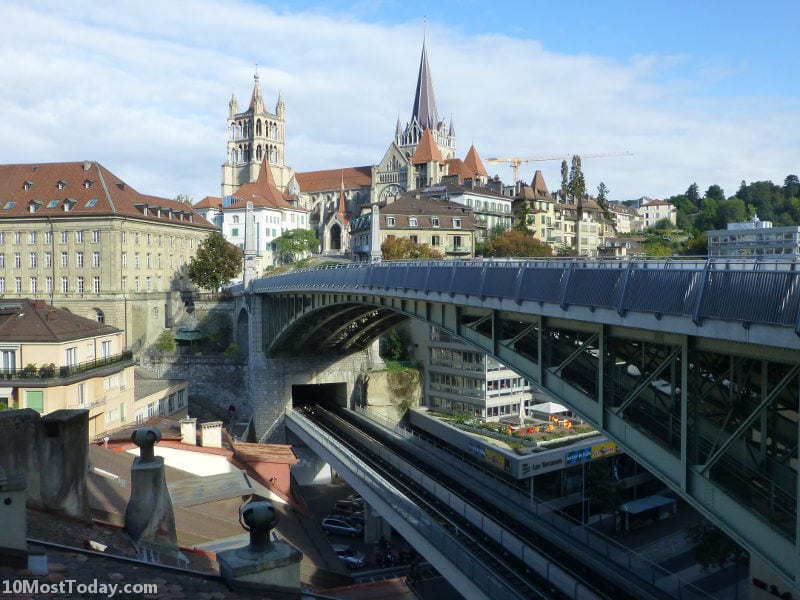 Less than half an hour drive from Laussane, the small town of Vevey was the final home of Charlie Chaplin and where he is buried. In 1875, Daniel Peter invented Milk Chocolate in Vevey and together with Henri Nestlé they established the Nestlé cooperation, which headquarters are still located in Vevey today. The Alimentarium Food Museum, founded by Nestlé is also a famous landmark in the city, as well as the large market on Tuesday and Saturday mornings 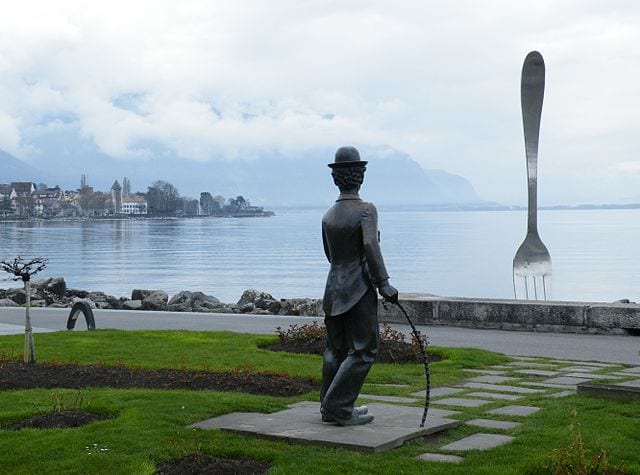 Montreux is located at the tip of the lake. The small town has a long beautiful lakeside promenade stretching all they way from Vevey till the next town – Villeneuve, a total length of 12 km (7.5 miles). The town is a musical icon, holding the world famous Montreux Jazz Festival every July and home to recording studios where world famous bands come to record, including Deep Purple (recorded here the albums Machine Head and Burn), Led Zeppelin, Queen and The Dubliners. Deep Purple’s song Smoke on the Water was written here, describing the events that took place in Montreux when a fan set the Montreux Casino on fire. The main square of the town features a big statue of Freddie Mercury, once a resident of the town, and the town holds the annual Freddie Mercury’s Montreux Memorial Day 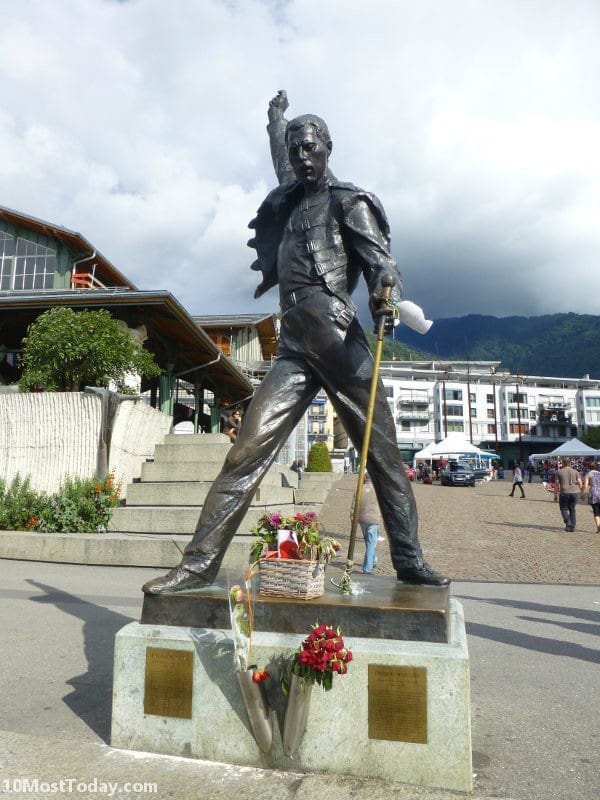 The famous statue of Freddie Mercury in Montreux

Montreux sits on the lake, but it’s also the base station of the Montreux–Glion–Rochers-de-Naye mountain railway, that will take you all the way to Rochers de Naye at 1,968 meters (6,457 ft), for a wonderful panoramic view, hike trails and more. Besides the view, the train ride itself is an attraction: Opened in 1892 and extended in 1908, the veteran railway length is 10.3 km (6.4 mi) and the maximum incline is 22%. On the way down you can get off the train in Glion, for another panoramic view of the lake, and then return down to the lakeside using the funicular, which itself opened in 1883! 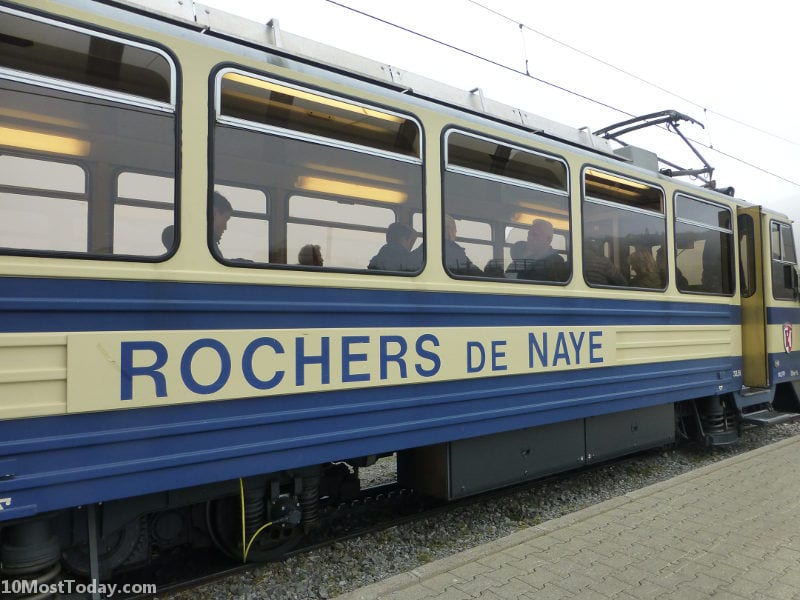 The mountain train from Montreux to Rochers de Naye

The beautiful Château de Chillon is located on the lake, just 5 minutes drive after Montreux. The first record of the castle is as early as 1005, and today Chillon castle is among the most visited castles in Switzerland and Europe, offering a tour in both an interesting and beautiful castle, as well as a wonderful view of lake Geneva. Click here for the official site 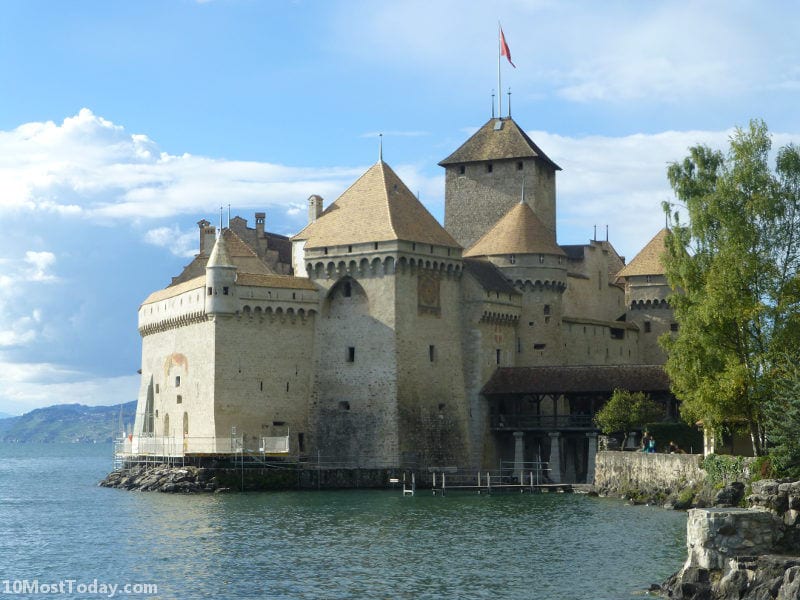 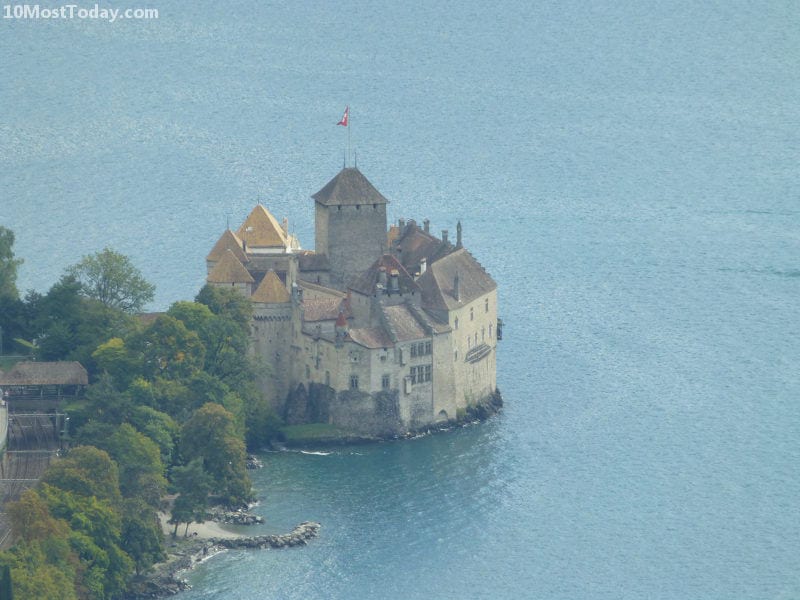 The small french holiday resort and spa town has been a favorite resort among kings, and is most famous for its mineral waters. Today the town is most recognized with the Évian mineral water company, and the company along with the large Casino d’Evian are an important part of the town’s economy 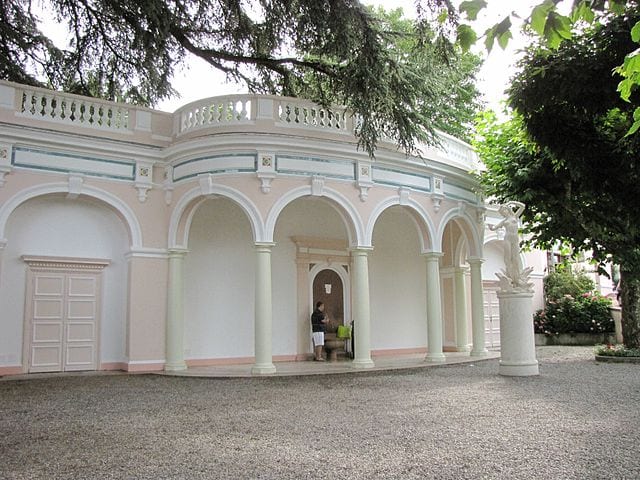 A fortified medieval city on the French side of Lake Geneva. Yvoire is famous for its medieval buildings and beautiful flower decorations during the summers, and is considered as one of the most beautiful and picturesque villages in France 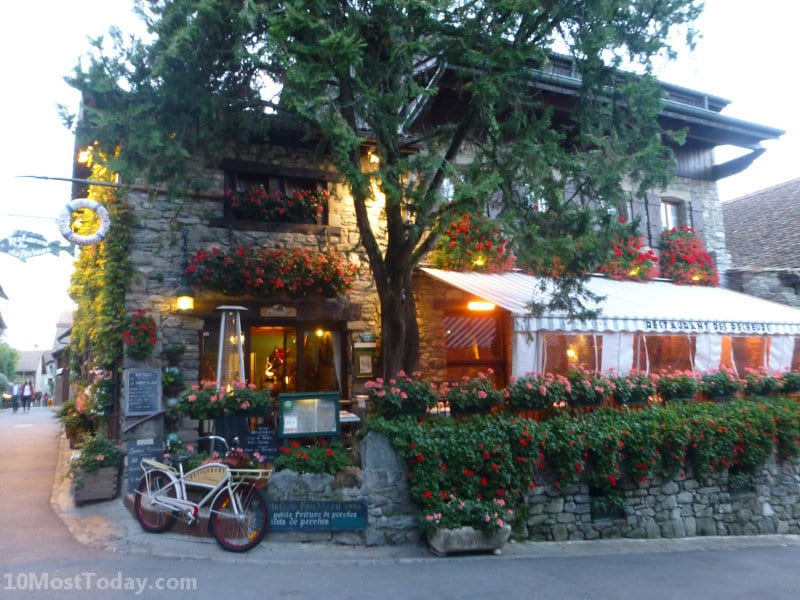 A house decorated with flowers: A typical view in Yvoire, France 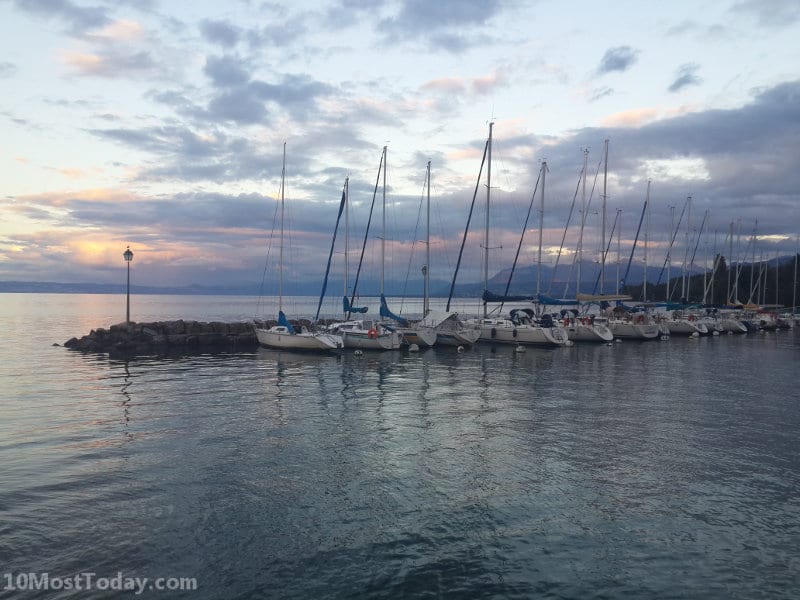 9. Cruise on the lake

Another fun way to explore the lake, instead of driving all around it, is using a cruise boat. There are sightseeing pleasure cruises that stop in all the major towns on the lake: Geneva, Nyon, Lausanne, Vevey, Montreux, and even in the small castle of Chillon. There are also Lunch and dinner cruises on the lake, as well as regular passenger ferry boats crossing the lake and connecting the Swiss towns to the French towns 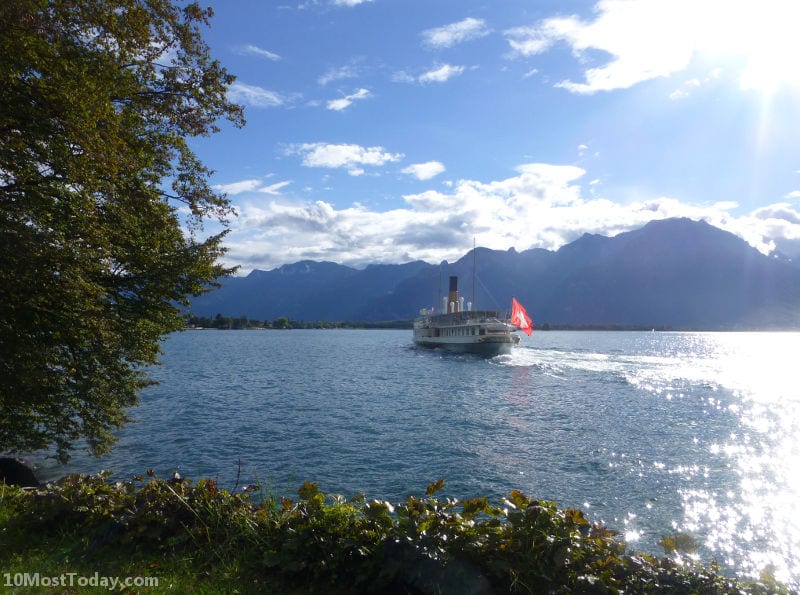 A cruise boat on Lake Geneva

Perhaps the best way to see the entire lake is from above. Anyone traveling the area of lake Geneva will easily notice the large number of tandem paragliders in the air. The glide begins from the surrounding mountains and continue mostly over the lake, for a flight of 90 minutes or more, with exceptional views. There are several companies that offer this activity 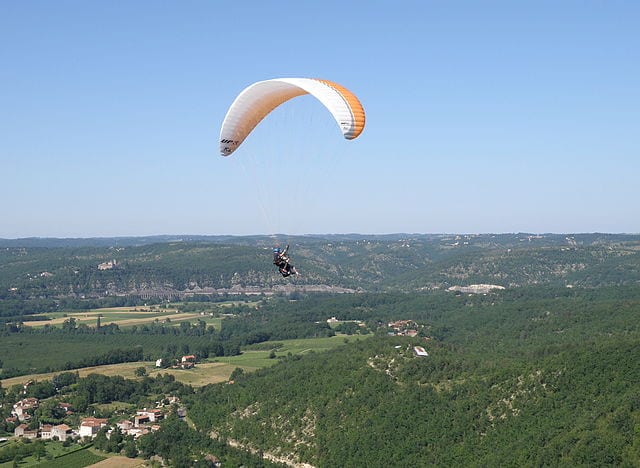 Paragliding. A popular activity over the lake