10 Best Funiculars In The World 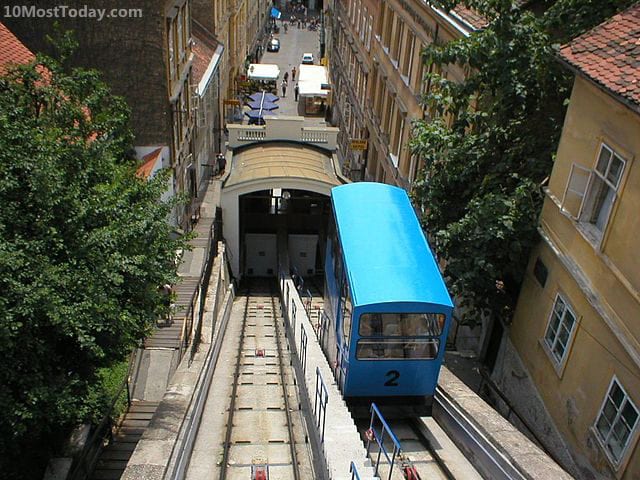 A funicular or a cliff railway is a cable railway in which two tram vehicles are attached to each other with a cable, counterbalancing each other as one ascend a hill and the other descends it. Funiculars can be found on hills all over the world. Here’s a list of 10 famous funiculars from all around the world which offer wonderful views at the top of the ride, are an attraction on their own, or are significant for other reasons

The Castle Hill is one of the most popular attractions in Budapest. It’s is home to the Buda Castle and palace complex and it offers a beautiful panoramic view of the city. To reach the top of the hill you can either take a short walk of about 10 minutes, or use the Budapest Castle Hill Funicular, an attraction on its own. The funicular opened to the public in 1870. It ascends and descends 51 meters (167 ft) through a track of 95 meters (312 ft), in around 90 seconds 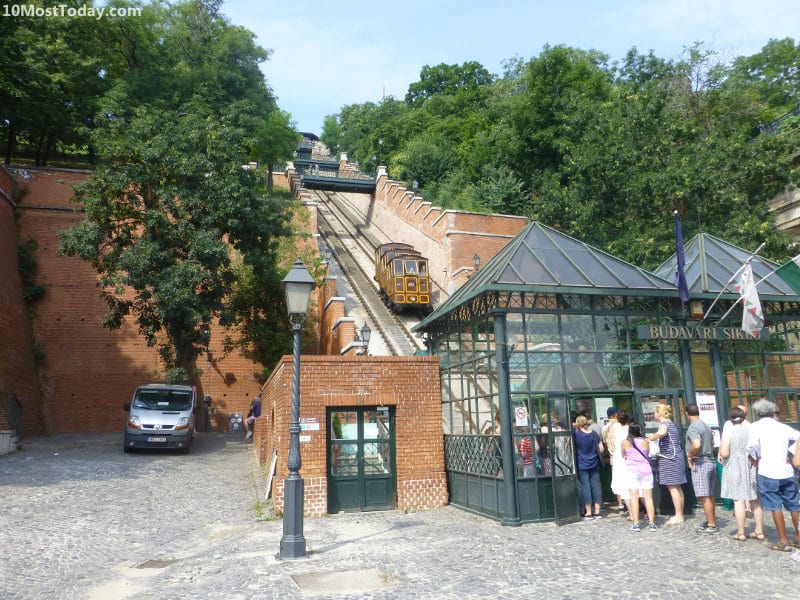 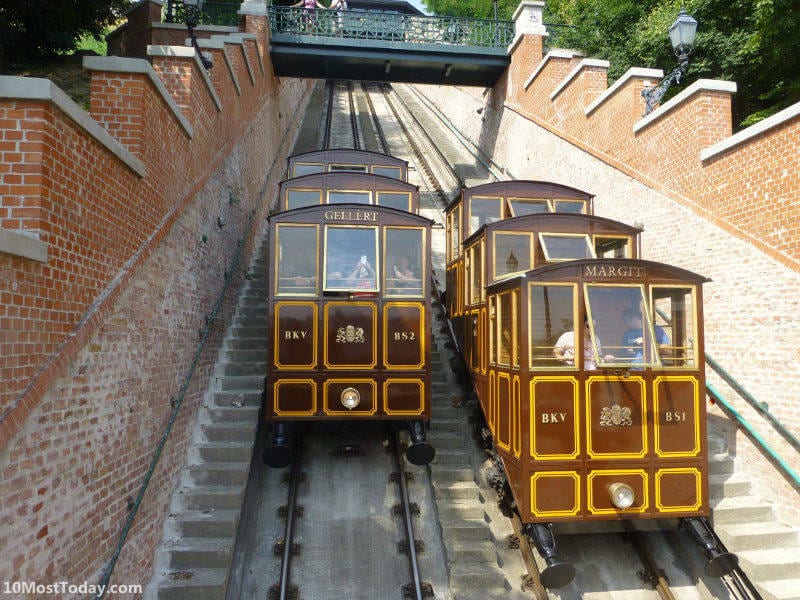 The Montmartre is a large hill and a one of the most popular attractions in Paris. It is the location of the Sacré-Cœur basilica, but it also offers panoramic view of Paris. To reach the summit of Montmartre hill you can either walk up the 300 steps of Rue Foyatier, which runs along the railway of the funicular (I previously mentioned these steps in the list 10 Staircases Worth The Climb), or use the funicular itself and reach the summit in under 90 seconds. The Montmartre funicular opened in 1900, and was entirely rebuilt in 1935 and then again in 1991, and today it transports two million passengers a year. The funicular track length is 108 meters (354 ft) in which it ascends and descends 36 meters (118 ft) 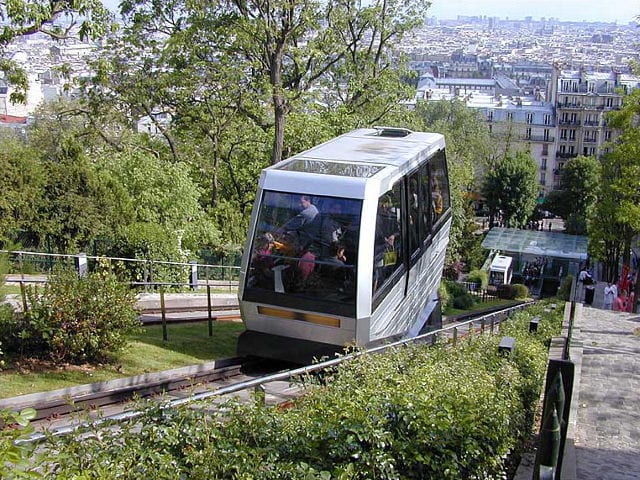 Victoria Peak or The Peak is a the highest mountain in Hong Kong (552 m -1,811 ft), located on the western half of the island. The peak is a major tourist attraction that offers views over Hong Kong and the surrounding islands. The Peak Tramway funicular carries both tourists and residents to the upper levels of Hong Kong Island, all the way to Victoria Peak – the last of its six stations. The Peak Tramway funicular opened in 1888, and it has a track length of 1.365 km (0.848 mi) 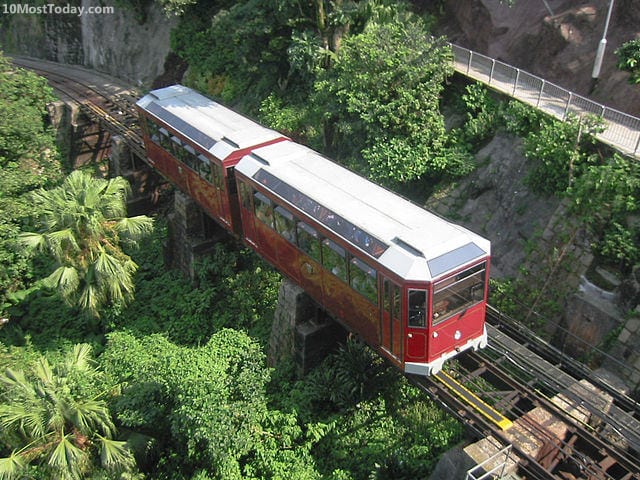 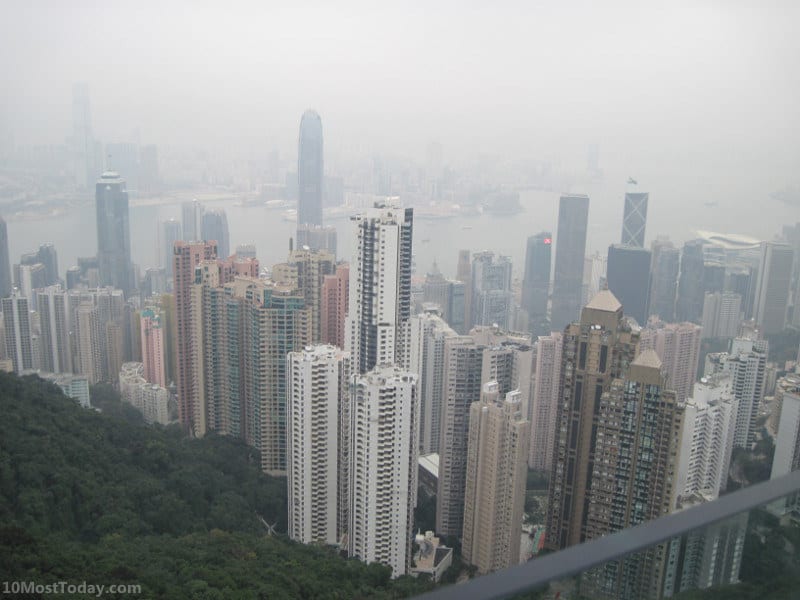 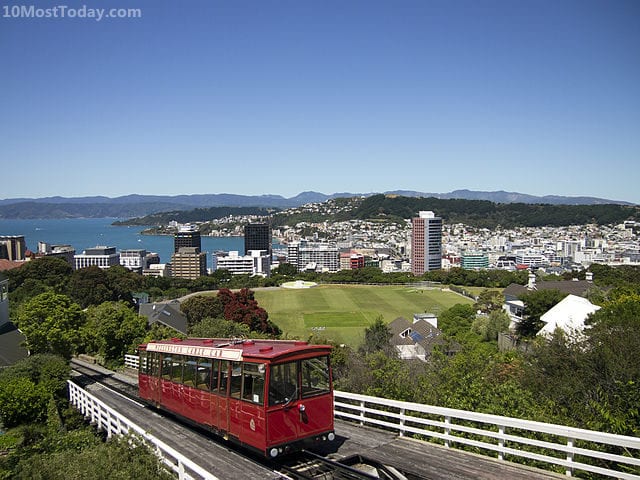 Fløibanen funicular connects between the center of Bergen, the second-most populous city in Norway, and Fløyen – the most visited of the seven mountains that surround the city center. The funicular is one of the most popular attractions in Bergen and Norway, with over one million passengers each year. The funicular opened in 1918. It has a track length of 850 meters (2,789 ft) over which it ascends and descends 300 meters (984 ft) 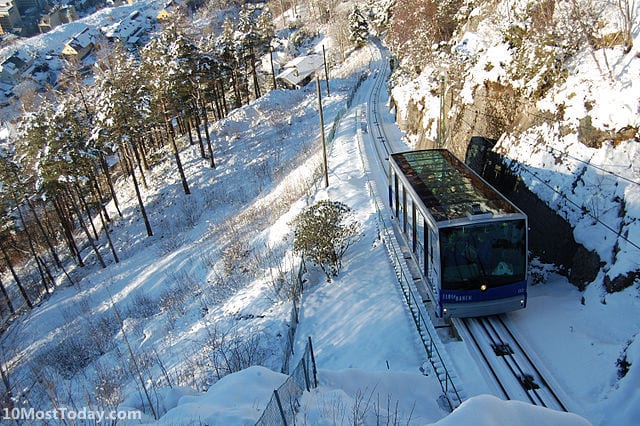 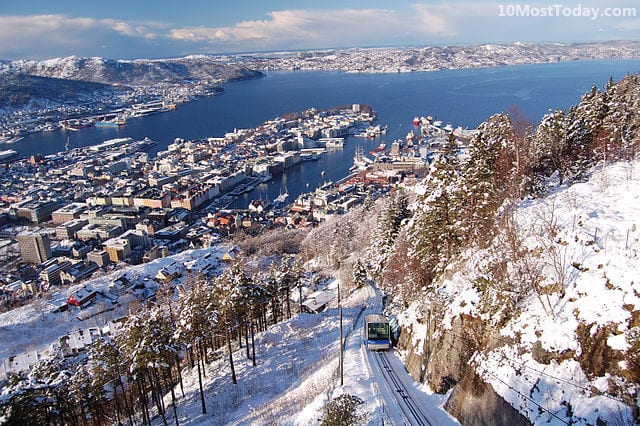 The old city of Lisbon is built on 7 steep hills, so it’s no wonder that you can find a funicular in the heart of the city. The Glória Funicular or Elevador da Glória is a funicular that links Baixa with Bairro Alto in the city. It was opened to the public in 1885 when it was water-powered, a year later it was replaced by a steam-power system, and finally in 1915 it was replaced by an electric powered system. The development of this funicular goes hand in hand with the development of the Lisbon tramway network I mentioned in my post about tram systems. The trams in Lisbon began before the funicular: in 1873 as horse drawn cars, and the first electric line was introduced in 1901. Click here for the best attractions in Lisbon 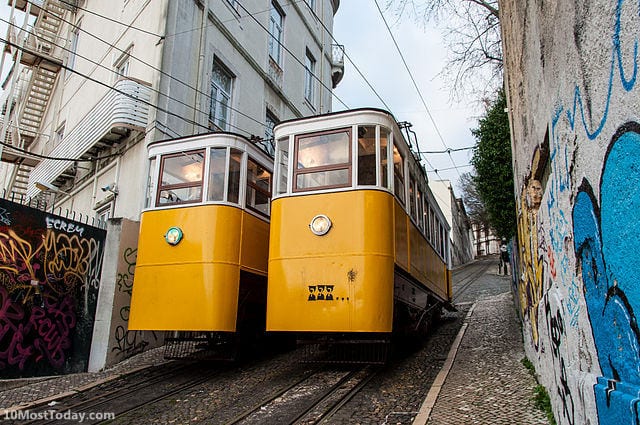 The Flying Dutchman Funicular or Cape Point Funicular is a funicular located near the Cape of Good Hope, not far from Cape Town, South Africa. The funicular runs from the car park to the lighthouse, offering a wonderful panoramic view at the top. The funicular opened in 1996, and it ascends the 87 meters (285 ft) through a track that is 585 meters (1,919 ft) long, in around 3 minutes. It is named after the legend of the Flying Dutchman ghost ship – a legendary ghost ship that can never make port and is doomed to sail the oceans forever 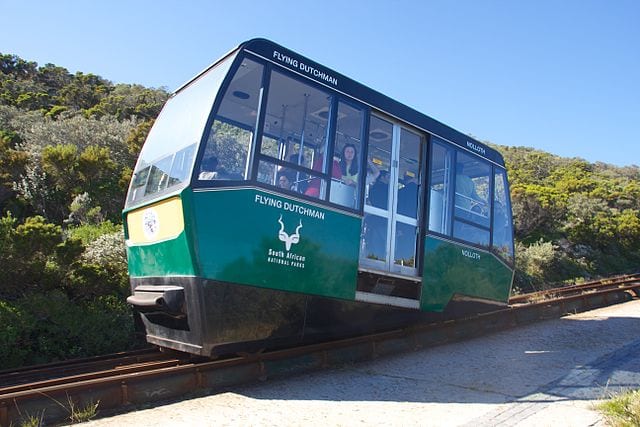 The Funicular dos Guindais, or Guindais funicular railway originally opened in 1891 but closed two years later after an accident. It was reopened more than a century later, in 2004. The funicular connects the banks of the Douro River, on the Ribeira side, with the city center which is located on the cliff above. The funicular has a track of 281 meters (922 ft) in which is ascends and descends 61 meters (200 ft). At the bottom it ends right next to the famous Ponte Dom Luís I bridge. The funicular is located next to some of the best attractions in Porto (like the bridge, the Douro river and the Praça da Ribeira), and it’s a great attraction on it’s own 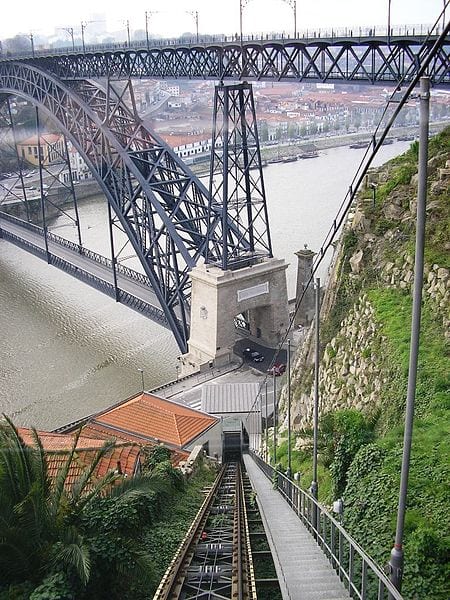 The city of Naples is unique for having 4 active funiculars as part of its metro system. The Chiaia Funicular opened in 1889 and transports over half a million passengers per year on its 0.5 km (0.31 mi) line. The Montesanto Funicular opened in 1891 and transports over 4 million passengers per year on its 824 meters (0.512 mi) line. The Central Funicular opened in 1928 and is one of the most used funiculars in the world, with more than 10 million passengers every year. The line length is 1.234 km (0.767 mi). And the Mergellina Funicular which opened in 1931 and transports 250,000 people every year, over a line of 0.55 km (0.34 mi). The most famous funicular in Naples was the Mount Vesuvius Funicular. Built in 1880, it was the first railway track in the world built on an active volcano. It was destroyed several times by eruptions of the mountain, until it was completely destroyed in the eruption of 1944 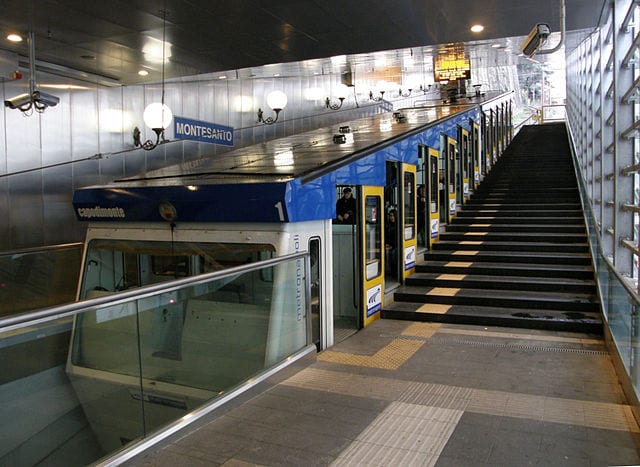 The small Zagreb Funicular opened in 1893 with steam engines that were replaced to electric engines in 1934. It since kept its original shape and most of its technical properties, which consequently gave it it’s current status of a monument of culture. The length of the line is only 66 meters (217 ft) which makes it one of the shortest funiculars in the world. But at the same time it ascends 30.5 meters (100 ft) which gives in an inclination of 52%, so it’s also one of the steepest funiculars in the world. The entire ride takes 55 seconds, so sit back and enjoy the view