10 Most Beautiful Stone Bridges In The World 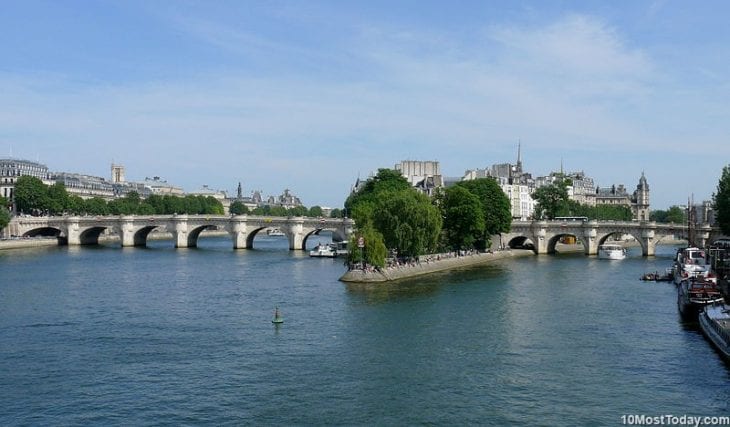 We already composed many lists dedicated to bridges: the tallest bridges (and highest), longest bridges, scariest, movable bridges or most famous bridges. It’s about time to dedicate a post solely to stone bridges. These bridges are all centuries old and stood the test of time. We chose the 10 we think are most beautiful and impressive, but of course you can add others in the comments area

1. Puente Nuevo, Ronda, Spain – The Puente Nuevo or “new bridge” is not that new: it was built during the years 1751-1793 and iIt crosses the Guadalevín river in the 120 meters (390 ft) deep El Tajo gorge. The long construction claimed the life of 50 workers. The bridge includes a small chamber under the central arch that during the years was used for different purposes including a prison, and during the civil war of the 20th century the chamber was used for torture and prisoners were even thrown to their deaths. Despite the grim history, it’s hard to ignore the beauty of this bridge that is carved into the two sides of the gorge 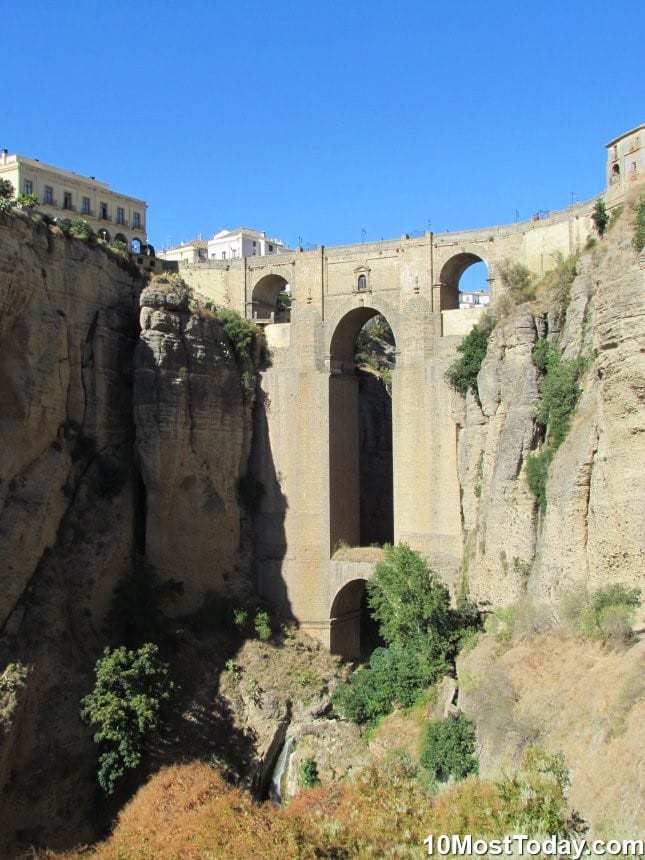 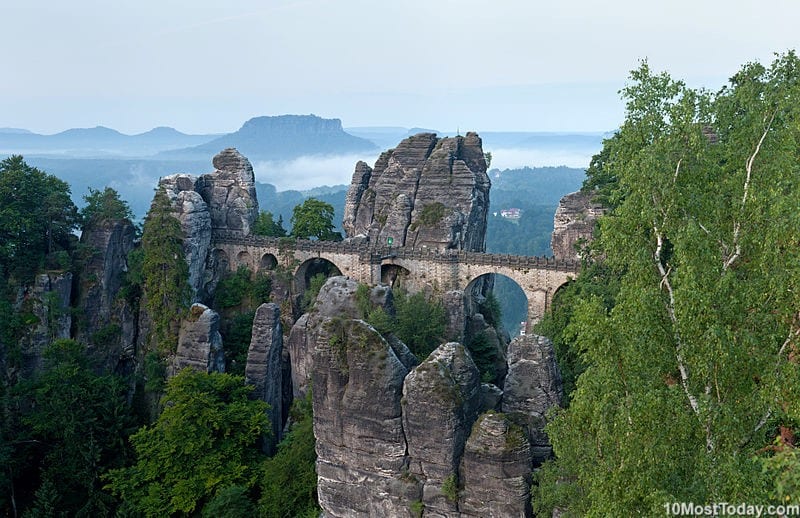 Most Beautiful Stone Bridges In The World: Bastei Bridge, Germany

3. Rialto Bridge, Venice, Italy – The oldest of four bridges spanning the Grand Canal in Venice. It was completed in 1591, replacing a wooden bridge that collapsed in 1524. The beautiful old bridge is one of the icons of Venice and one of its best attractions, and is always packed with excited tourists 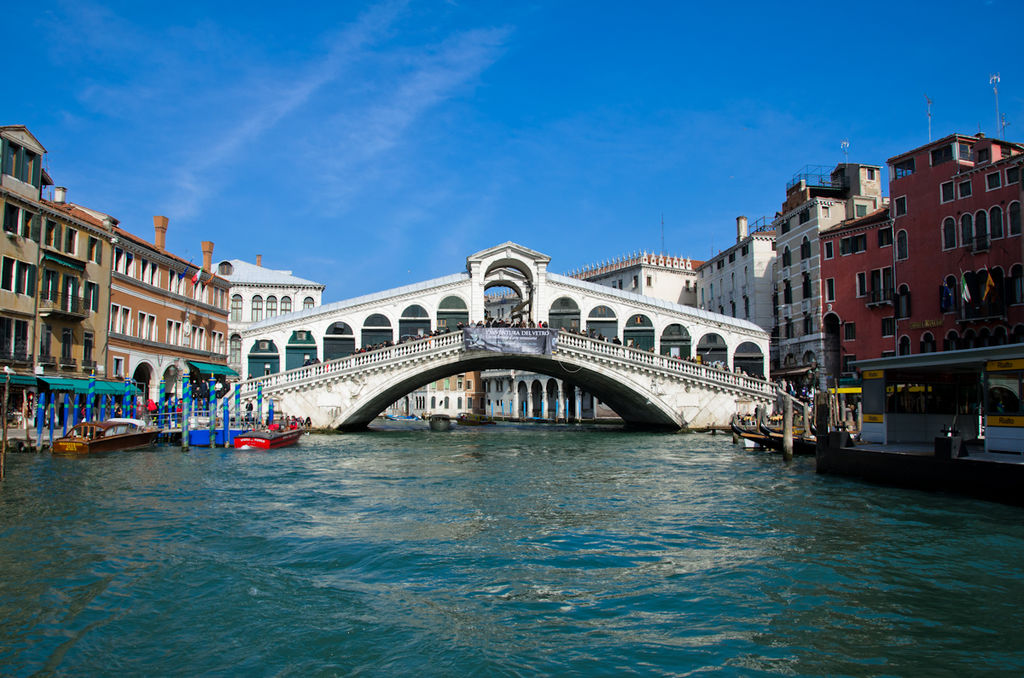 4. Ponte Vecchio, Florence, Italy – The “old bridge” is a medieval stone arch bridge, famous for still having shops built along it as was once common. It is the only bridge in Florence to survive the second world war. In the past the shops were owned by butchers but today the shops are mostly owned by souvenir sellers as well as art dealers and jewelers. The bridge is one of the most famous attractions in Florence 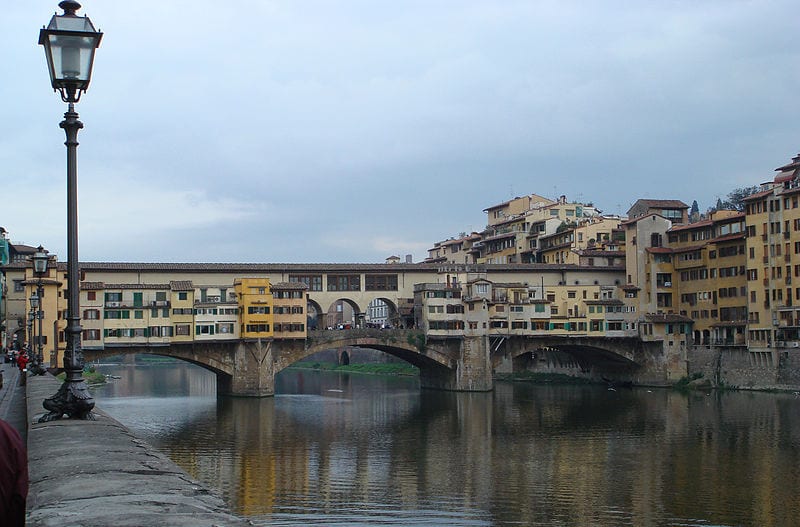 5. Khaju Bridge, Isfahan, Iran – Built in the 17th century, this beautiful stone bridge that crosses the Zayandeh River also serves as a dam. Khaju Bridge has 24 arches and has a total length of 133 meters (436 ft) 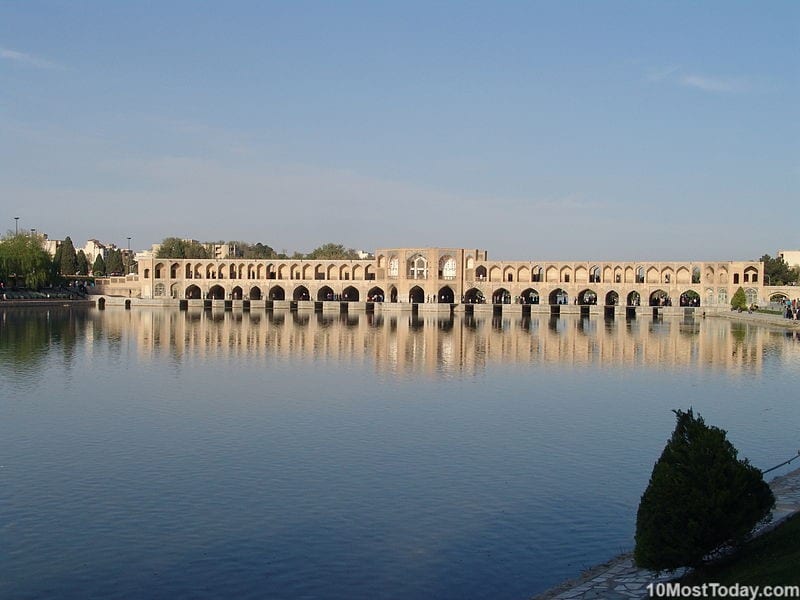 6. Charles Bridge, Prague, Czech Republic – A world famous bridge that crosses the Vltava river. The stone Gothic bridge construction began in 1357 and ended only in the beginning of the 15th century. As it was the only means of crossing the Vltava river, the Charles Bridge was the most important connection between the Old Town and the area around Prague Castle. Today it is one of the most visited sights in Prague, and as you might expect, the areas around and on the bridge itself are always filled with painters, kiosks owners and other traders as well as pickpockets – beware!

7. Pont Neuf, Paris, France – The Pont Neuf or “new bridge” is the oldest standing bridge that crosses the river Seine in Paris. It connects the two banks of the Seine with the Île de la Cité – the island in the middle of the river. The beautiful 232 metres (761 ft) long bridge is an arch stone bridge composed of 12 spans – 5 on one side of the island and 7 on the other side. The bridge was built during the years 1578-1607 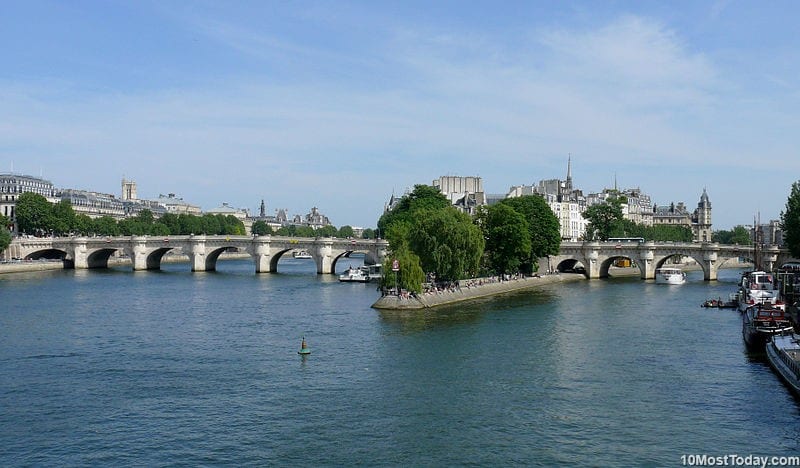 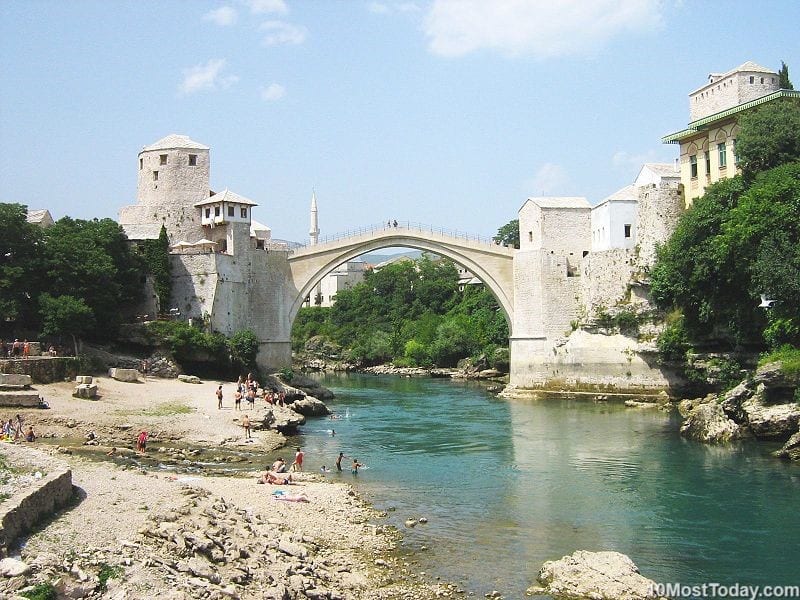 Most Beautiful Stone Bridges In The World: Stari Most, Bosnia and Herzegovina

9. Puente de Piedra, Zaragoza, Spain – The Puente de Piedra (Spanish for “stone bridge”) crosses the Ebro rover in the city of Zaragoza. The bridge was built during the years 1401-1440, but it was partially destroyed in a flood in 1643. A reconstruction was done in 1659. The bridge is also known as the Bridge of Lions because of the lion statues that stand on pillars on the two sides of the bridge 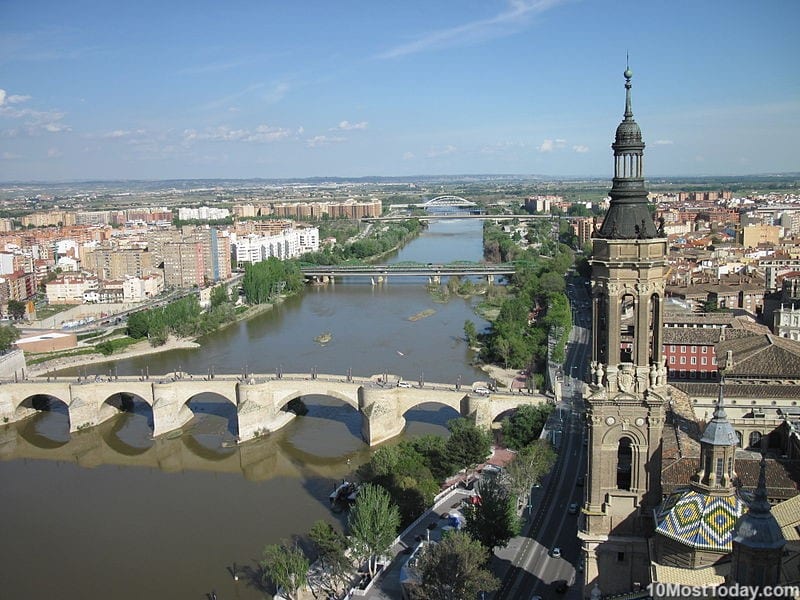 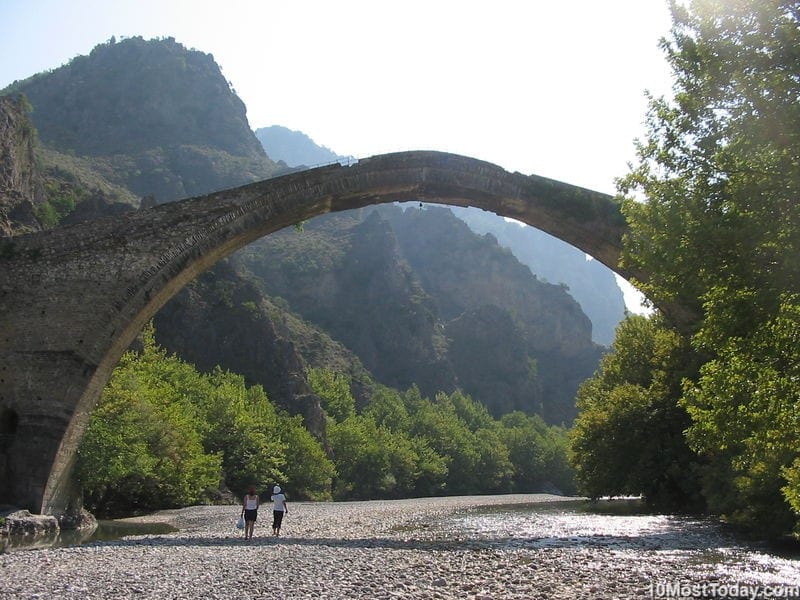 Most Beautiful Stone Bridges In The World: Konitsa Bridge, Greece