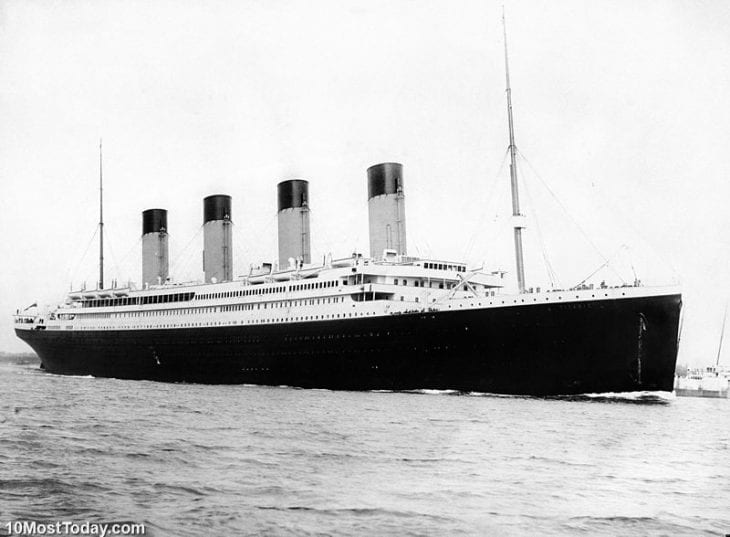 1. Titanic (1912) – RMS Titanic was a British passenger ship that sank after hitting an iceberg on her maiden voyage from Southampton (United Kingdom) to New York City, in April 1912. Titanic was at the time the largest ship ever built and was considered to be unsinkable. The tragedy claimed the lives of over 1,500 people.

But was the sinking of the Titanic an engineering failure? Many factors contributed to the catastrophe: removing half the amount of lifeboats originally planned for the ship, and cruising in high speed in an iceberg-prone environment. As for the engineering point of view: several rivets of the 3 million rivets that held the Titanic together were recently recovered and tested, and found to be made of low quality iron, which on impact caused them to fall apart. This might have contributed to the event. Another engineering fault was that the 16 watertight compartments that kept the boat afloat, were not individually sealed, but rather connected near the ceiling. This enabled the water to spill from one compartment to another and sink the boat 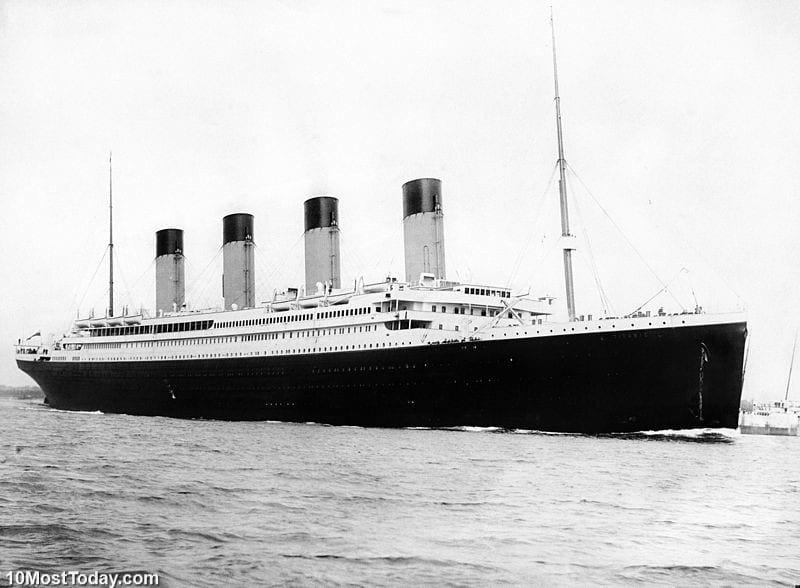 2. St. Francis Dam flooding (1928) – The St. Francis Dam was a concrete dam built between the years 1924 and 1926, to create a water reservoir for Los Angeles. The dam was located in a canyon around 40 miles (64 km) from the city. On March 12, 1928, just hours after being inspected by the Chief Engineer William Mulholland, the dam failed, sending a massive water wave 120 ft tall, and killing as many as 600 people in one of the worst American civil engineering disasters 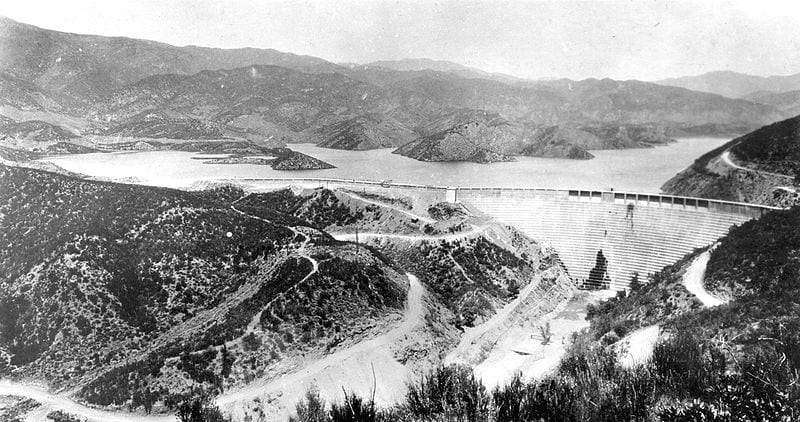 St. Francis Dam in 1927. The flooding of the dam is one of the most famous engineering disasters

3. Hindenburg disaster (1937) – The LZ 129 Hindenburg was a German passenger airship that caught fire and crashed during its attempt to dock in New Jersey. 36 people died in the disaster that was caught on video. Decades of research and tests all came to the same conclusion offered by the original German and American investigators: The airship caught fire because of an electrostatic discharge that ignited leaking hydrogen from the 200 million liters (7 million cubic ft) of hydrogen gas. The Hindenburg disaster marked the end of commercial passenger airships.

4. Tacoma Narrows Bridge collapse (1940) – The first Tacoma Narrows Bridge was a suspension bridge in Washington state that opened in 1940 and collapsed at the same year. At the time of its construction, the bridge was the world’s third longest suspension bridge, by main span length. The bridge was known to move vertically in windy conditions, and in November 7, 1940, under 40 mph (64 km/h) winds it collapsed. The collapse was caught on video and made an impact on science and engineering, especially bridge designing till today. The cause of failure was aeroelastic flutter – a dynamic instability of an elastic structure.

5. Cleveland East Ohio Gas Explosion (1944) – On October 20, 1944, a storage tank holding liquefied natural gas, that was kept above ground as was common at the time, began leaking. The liquefied gas dropped into the sewer lines, mixed with air and sewer gas, and consequently ignited. A series of fires and explosions killed 130 people in Cleveland, Ohio. The catastrophe event made a significant impact on the natural gas industry, that started to store the tanks below ground 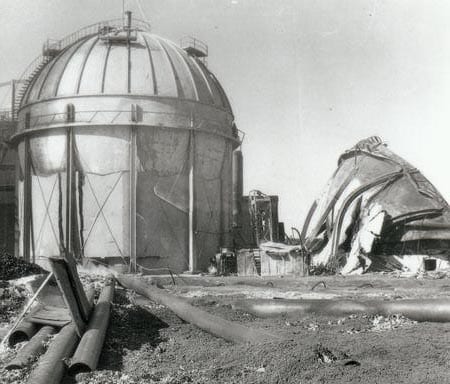 6. Hyatt Regency Hotel Walkway Collapse (1981) – On July 17, 1981, two vertically walkways collapsed at the Hyatt Regency in Kansas City, falling into the hotel’s lobby. 114 people were killed at what was then the deadliest structure collapse in the history of the United States. Serious flaws were found in the design of the walkways. The engineers who had approved the final drawings of the walkways were convicted of gross negligence and misconduct and lost their engineering licenses

7. Space Shuttle Challenger disaster (1986) – On January 28, 1986 the NASA Space Shuttle Challenger broke apart 73 seconds into its flight, killing all 7 astronauts on board. The investigation showed aerodynamics forces broke the shuttle apart, after a structural failure that began with a specific gasket that failed at the very liftoff. The entire event was broadcast live on TV

8. Chernobyl disaster (1986) – The Chernobyl disaster was a nuclear accident at the Chernobyl power plant. On 26 April 1986, during a systems test, there was an unexpected power surge that began a chain of events that consequently caused explosions and fire, which released radioactive particles into the atmosphere. The dangerous particles spread over a large area in Europe. Large areas were evacuated and the nearby city of Pripyat remains a ghost town till this day 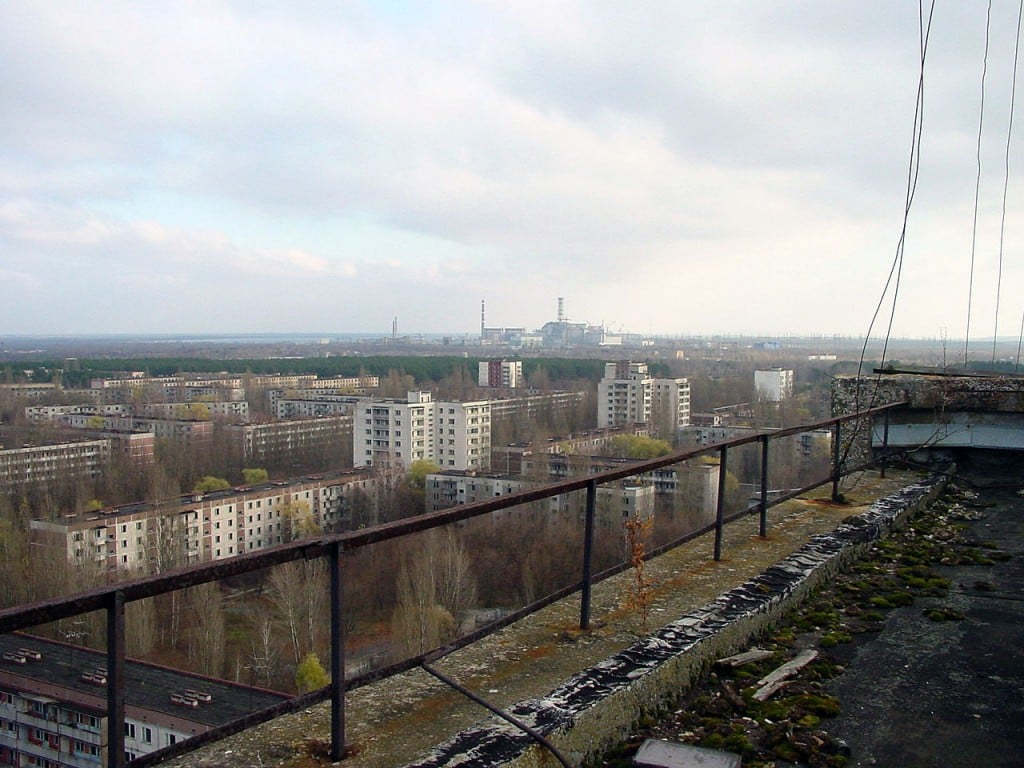 9. Concorde Air France Flight 4590 crash (2000) – On 25 July 2000, a Concorde flight of Air France crashed moments after takeoff from Charles de Gaulle International Airport near Paris, killing 113 people. During takeoff, one of the tires was cut by a metal strip debris lying on the runway and a large chunk of the ruptured tire struck the underside of the wing causing a chain of events that ended with the crash.

The investigation showed that the Concorde was prone to catastrophic disasters resulting from tire explosions, much more than other aircrafts. The reason was that due to its design, the Concorde required a much higher air and tire speed during the takeoff roll, which both increases the risk of tire explosion, and increases the risk to a massive damage when it does explode. Following the accident, modifications were made to the design of the airplane that was once considered among the safest planes in the world. The accident marked the end of the supersonic airliner and the Concorde eventually retired 3 years later

10. Space Shuttle Columbia disaster (2003) – On February 1, 2003 the Space Shuttle Columbia disintegrated during its reentry to the Earth’s atmosphere, killing its entire crew of 7 astronauts. The investigation showed that during the launch, a piece of foam insulation broke off from the shuttle and hit the left wing, damaging the tiles that protect the shuttle from the incredible heat produced during reentry. Upon reentry, these tiles failed, causing the the quick chain of events that ended up with the disintegration of the shuttle