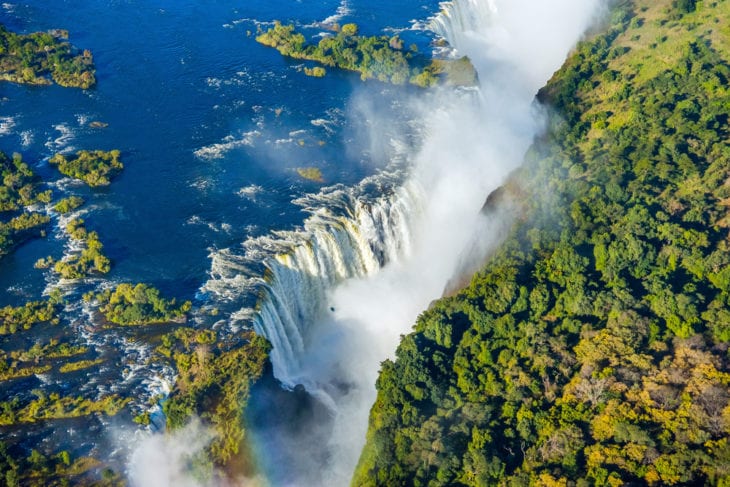 Rivers have always been essential for human life and settlement. A source for drinking, the source of food, to fertilize soils and a way to transfer goods from one place to another.  Rivers serve as a home for fishes and other creatures. They play an essential function in the environment of rainforest and wetlands. Here is the list of the most important rivers in the world. 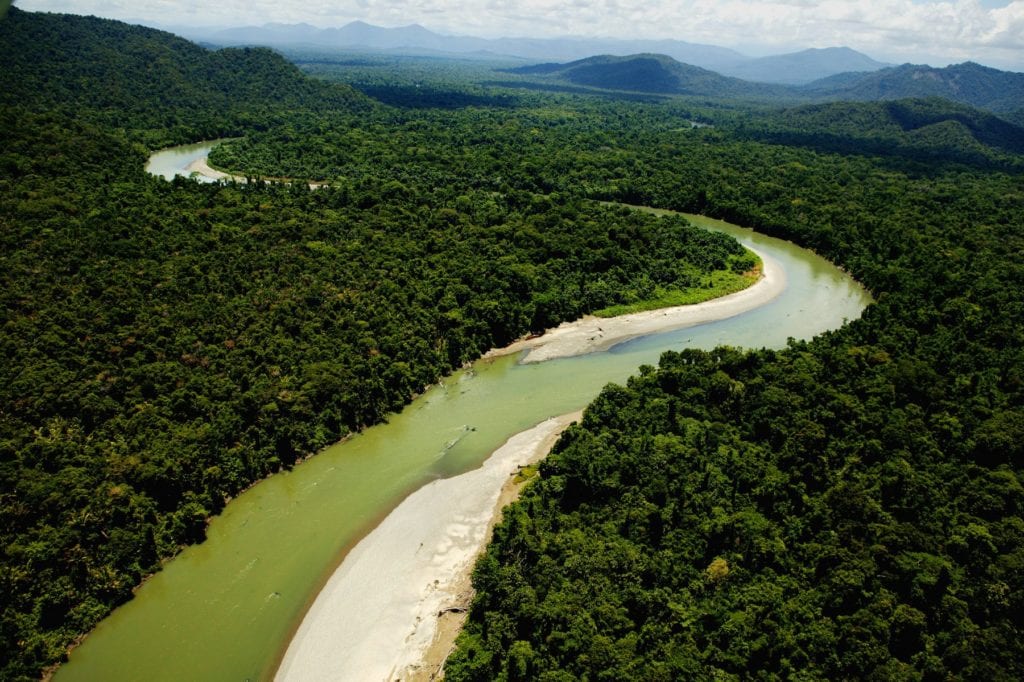 The longest river on the land of New Guinea is the Sepik River. The river begins from the Victor Emanuel Range in the central mountains of Papua New Guinea. In a snakelike fashion, just like the Amazon River, the Sepik flows to the Bismarck Sea. Unlike in most other huge rivers, the Sepik has no delta, but it runs straight into the ocean. The total length of the river is 1,126 kilometers or 700miles. It is also considered one of the last surviving undisturbed habitats in the world. 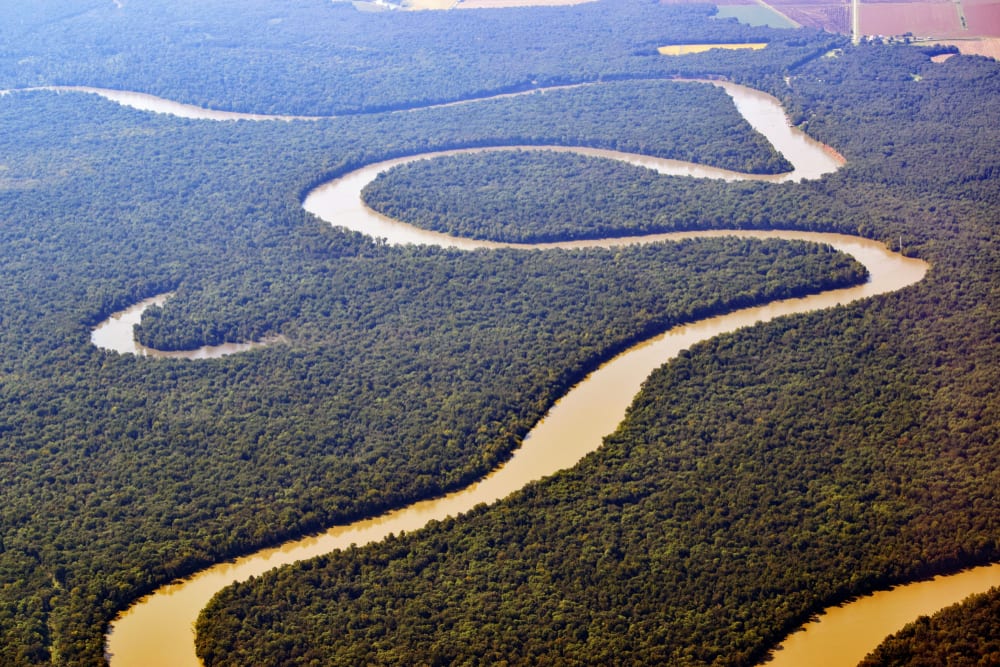 Mississippi River is considered the largest or biggest river system in North America and the US. It has about 2,320 miles (3,730 km) length. The river begins at Lake Itasca and empties under New Orleans (Gulf of Mexico).

The popular steamboats opened trade on the Mississippi in the 1820s. Timber, food, and cotton were carried down the river. After the coming of the railways in the 1880s, steamboats gradually decreased although they remained until the 1920s. A few steamboats, like Delta Queen, have remained as icons. 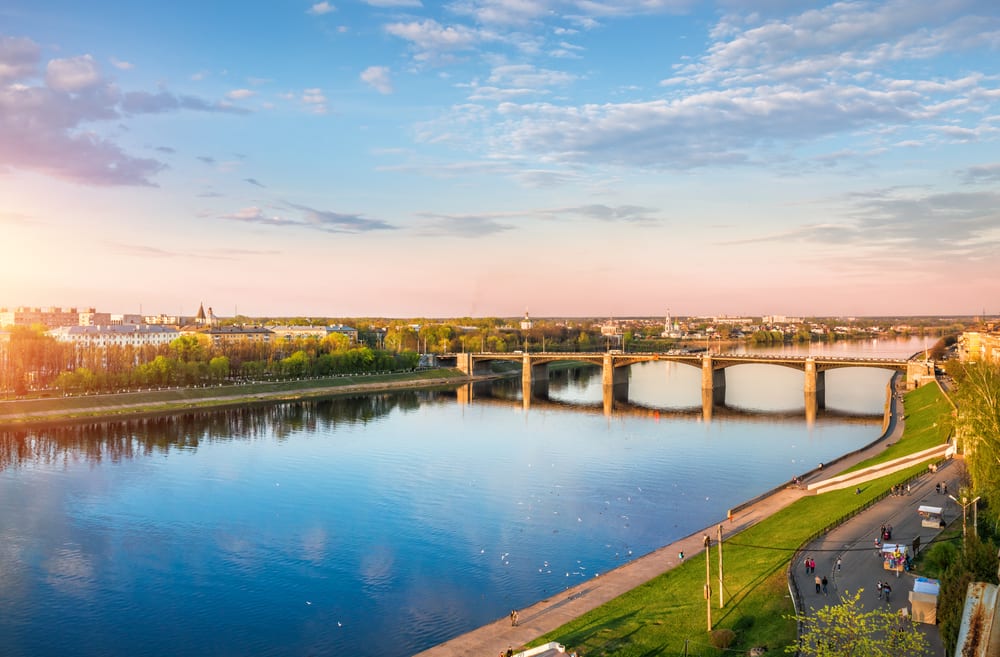 Europe considers Volga river as their longest river while Russia considers it as the most important river in their country. Out of the 20 biggest capitals of Russia, 11 of them, including Russia’s capital, Moscow, are located in the drainage basin of Volga. It begins at an altitude of only 225 meters (740 feet) in the Valday Hills northwest of Moscow and exits 3,645 km further (2,266 miles) into the Caspian Sea. The Volga River is important to Russia when it comes to their domestic freight and transport, even though the river freezes for 3 months every year. 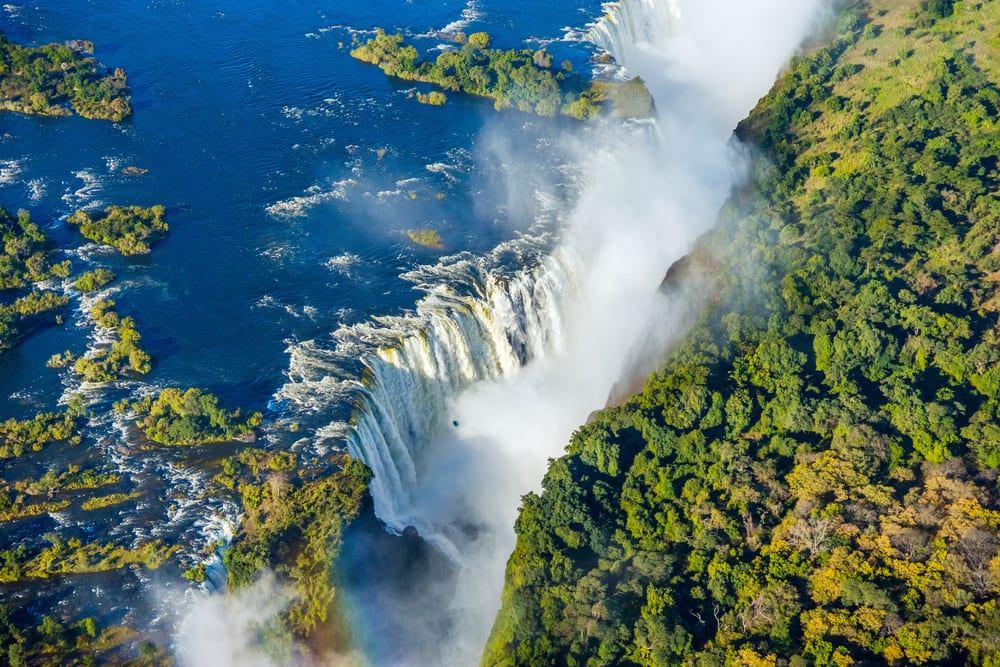 Zambezi River is the 4th longest river in Africa, with a length of 3,540 km- (2,200 miles). The river begins in a black wetland in north-western Zambia and runs through Angola, along with Botswana borders, Namibia, Zimbabwe, and Zambia again, to Mozambique, where it drains into the Indian Ocean. Victoria falls is the Zambezi’s great feature. Victoria falls is on the list of 10 most amazing waterfalls in the world.

The river is home to many kinds of exotic animals.  Hippopotamuses are plentiful in the quiet range of the river, and several species of crocodiles can also be seen. The Zambezi also holds many hundred varieties of fish including some that are absolutely huge. For example, bull sharks are seen in the far inland and are said to be responsible for many attacks on humans. 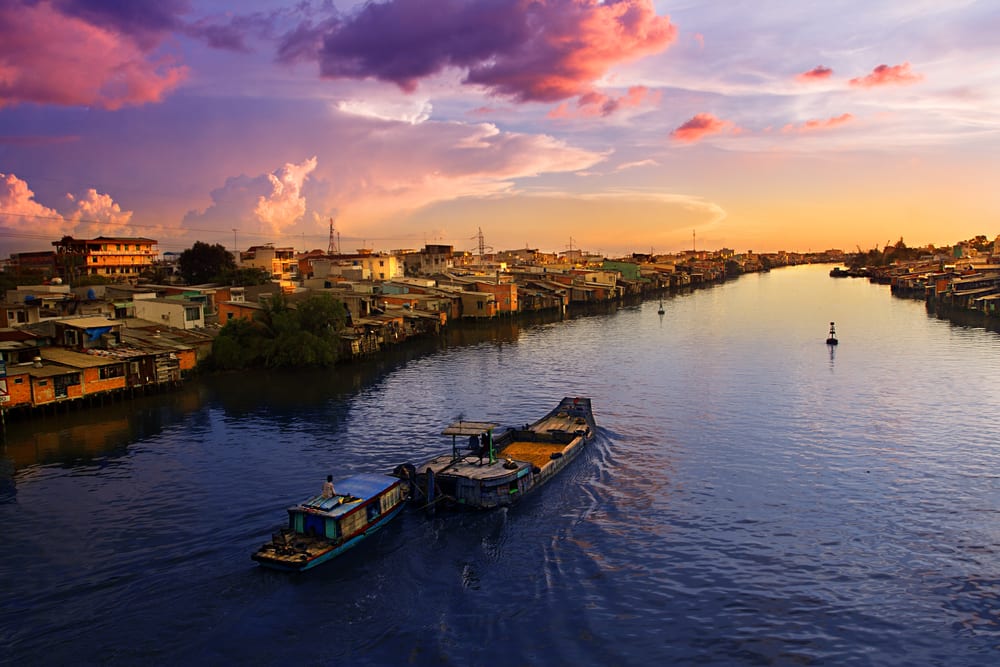 The 12th longest river in the world is the Mekong River with a length measuring approximately 4,350 km (2,703 miles). This river flows from the Tibetan Plateau, through China’s Yunnan region, Laos, Thailand, Burma, Vietnam, and Cambodia. Because of its excessive seasonal changes in flow and the existence of rapids and waterfalls, the river is hard to navigate. One of the wealthiest regions of biodiversity in the planet which is only exceeded by the Amazon is the Mekong Basin. Multiple varieties of sea animals have become endangered including the Mekong Dolphin and manatee since the construction of the first dam along the river. 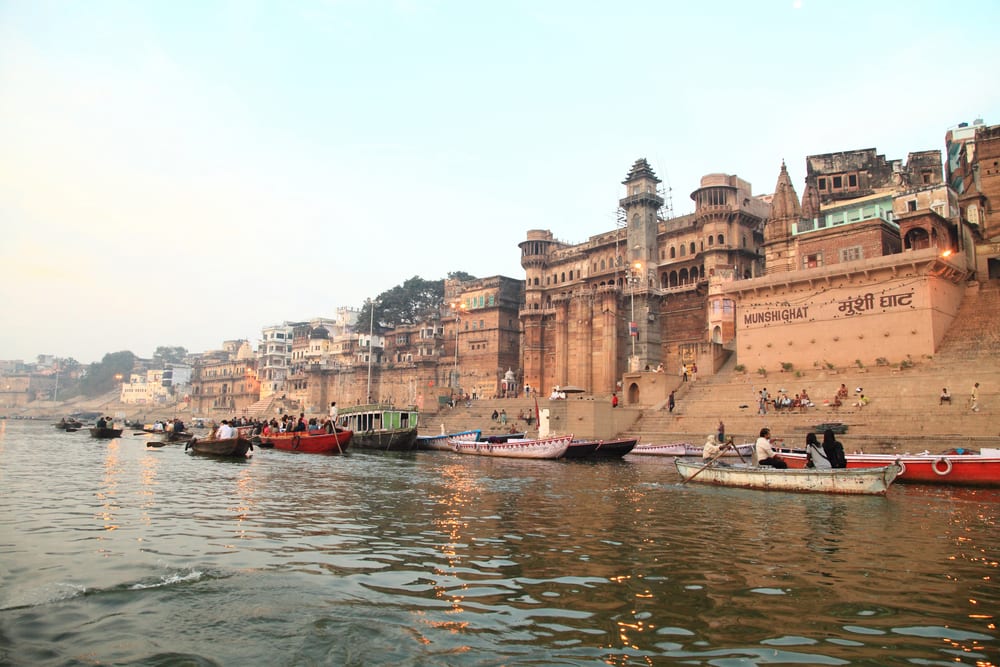 The Ganges begins in the western Himalayas in India and flows into the Sunderbans delta in the Bay of Bengal. The river was recognized as a sacred river by Hindus and praised as Hinduism’s goddess Ganga. It’s also been essential historically: lots of former rural or imperial cities have been found on the banks.

Located on the banks of Ganges, the Varanasi is acknowledged by some to be the sacred city in Hinduism. Hindus have their beliefs that life is not complete without taking a bath in the river at least once. Ashes of their loved ones are also spread throughout the river. Ganges River was declared India’s National River because of its importance to all Hindus. 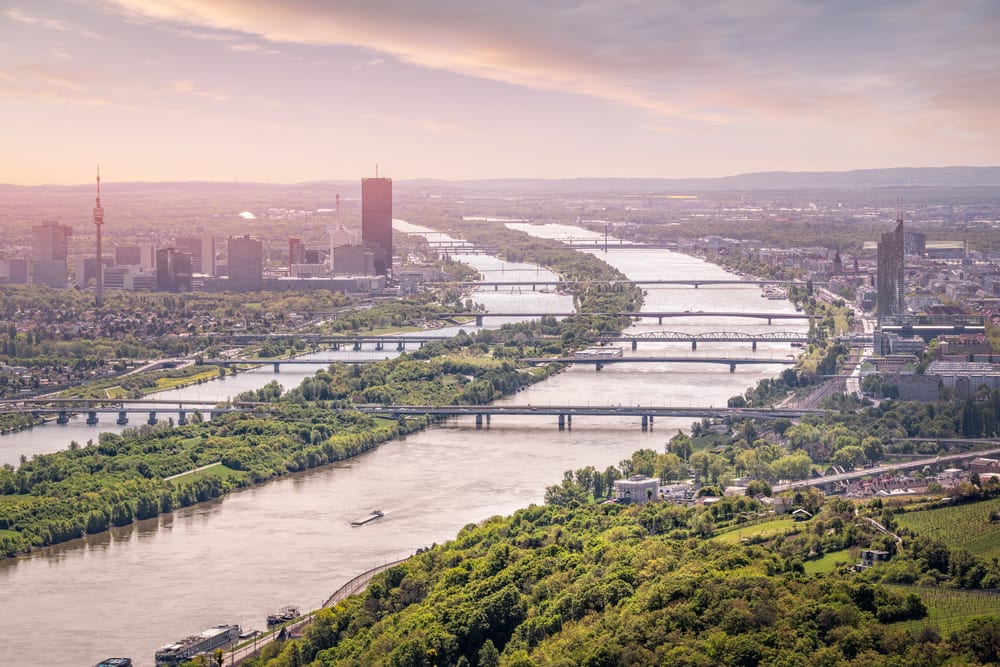 Europe’s most important river is the Danube River. It’s also the continent’s next longest river after the Volga. The river is considered as one of the long-standing boundaries of the Roman Empire and now makes a part of the borders of ten European nations. It begins in Germany’s black forest and runs eastwards for a span of some 2850 km (1771 miles), crossing through 4 centers, before draining into the Black Sea. After the achievement of the German Rhine-Main-Danube Canal in 1992, the river was included in a trans-European waterway from the black sea up to the Rotterdam in the North Sea. 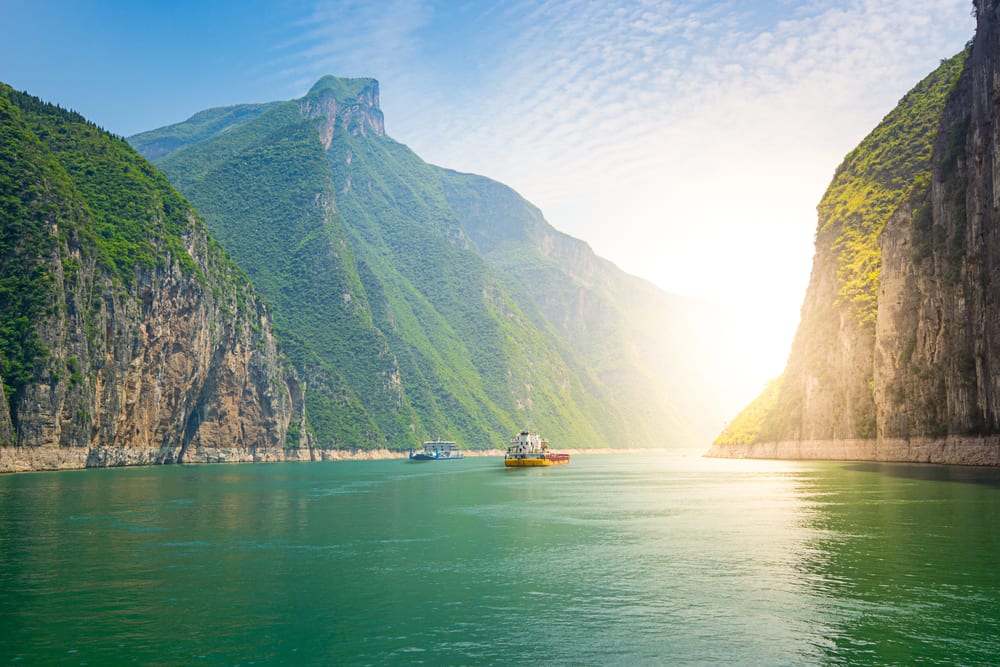 Yangtze River is one of the most famous and 3rd longest rivers on the planet. It is also China’s longest river. It measured about 6300 km long (3915 miles). Yangtze River begins in an iceberg on the eastern section of the Tibetan plateau. It reaches through the magnificent Yangtze Gorges, which are remarked of their original beauty, and runs into the East China Sea. Three Gorges Dam, one of the dams on the river, is the biggest hydro-electric energy station on earth.

The river is one of the planet’s active waterways. Traffic involves commercial traffic exporting bulk goods such as coal as well as produced goods and commuters. 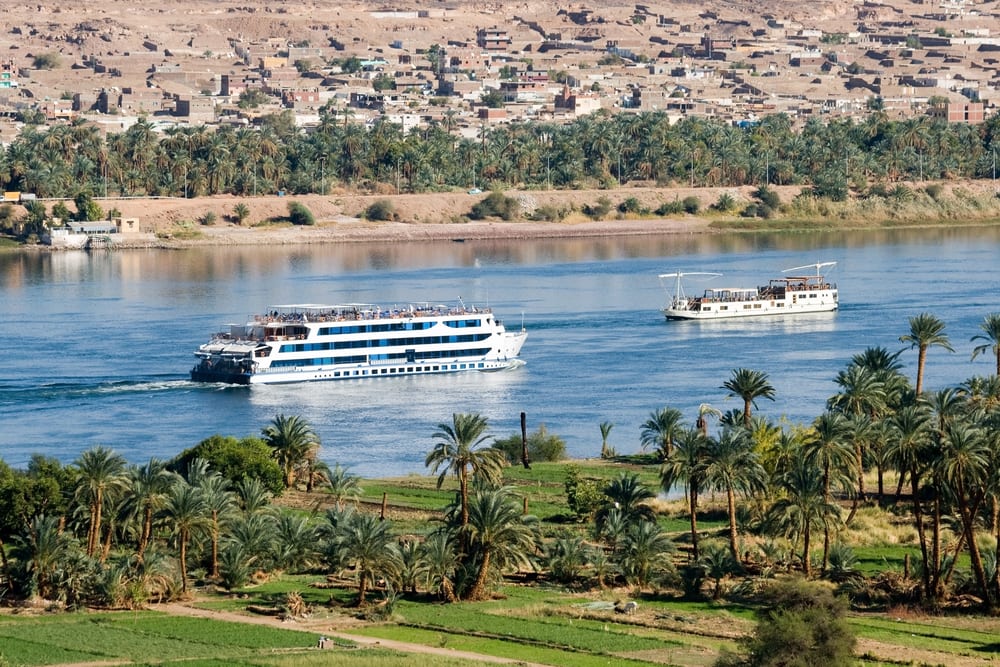 The longest river in the planet is the Nile River, extending north for 6,650 km (4,132 miles) from East Africa to the Mediterranean. The Nile River is consists of two main tributaries, the Blue Nile and White Nile. The Blue Nile begins at Lake Tana in Ethiopia while the White Nile Begins in the Great Lakes region of central Africa.

The river produced a critical role in the growth of the Egyptian culture. Sediments from the Nile makes the land fertile because the river overflows its edge annually and the Egyptians were able to produced crops and wheat. The ancient Egyptians considered the Nile River as a significant part of their spiritual life. The god called Hapy was the deification of the yearly floods, he and the pharaoh were considered the ones controlling the overflowing of the Nile. 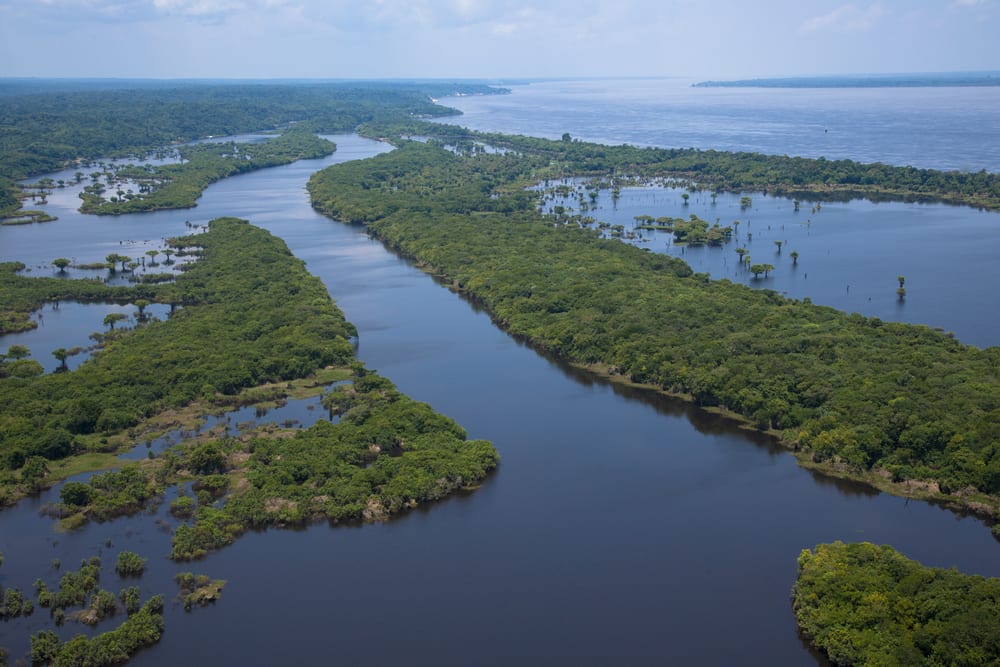 At about 6,400 km or 4,000 miles, the Amazon River is the 2nd largest river in the planet, somewhat smaller than the Nile although legitimate sources object as to the specific length of the two rivers. What is true is that the Amazon is the longest river in the planet by volume, with a whole river current that values for about 1/5 of the world’s freshwater river flow.  The Amazon and it’s tributaries run through Bolivia, Peru, Colombia, Venezuela, Brazil, and Ecuador before draining toward the Atlantic Ocean.

The Amazon has more than 3,000 known varieties of fish, and new varieties are still under research. With the Orinoco River, it is one of the primary territories of the Amazon River Dolphin, the widest varieties of river dolphin, which can stretch to lengths up to 2.6 meters or 8.5 feet. Bull shark has been recorded 4,000 km (2,500mi) up the Amazon River at Peru’s Iquitos. Notorious Piranha is another deadly fish in the Amazon which gathers in large schools, though only a few varieties are recognized to strike humans.

10 Longest Rivers In The World