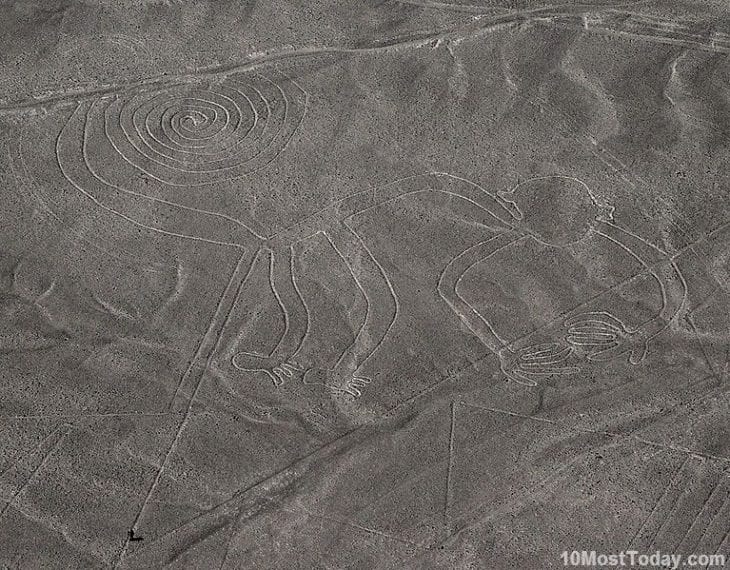 The following is a list of 10 mysterious places from around the globe. Places that include structures that are obviously man made, but it’s unclear either who built them, how they were built, or for what purpose. Many legends and hypotheses are created around those places – so without further ado – here are the 10 most mysterious places on Earth:

The Nazca Lines are a series of huge ground drawings near Lima. There are hundreds of drawings of different sizes and complexity levels, and the largest figures are over 200 m (660 ft) across! These figures are best seen from an airplane, or surrounding foothills. The purpose of the Nazca Lines is unclear though there are many hypotheses, one of which is that the Nazca people created them to be seen by their gods 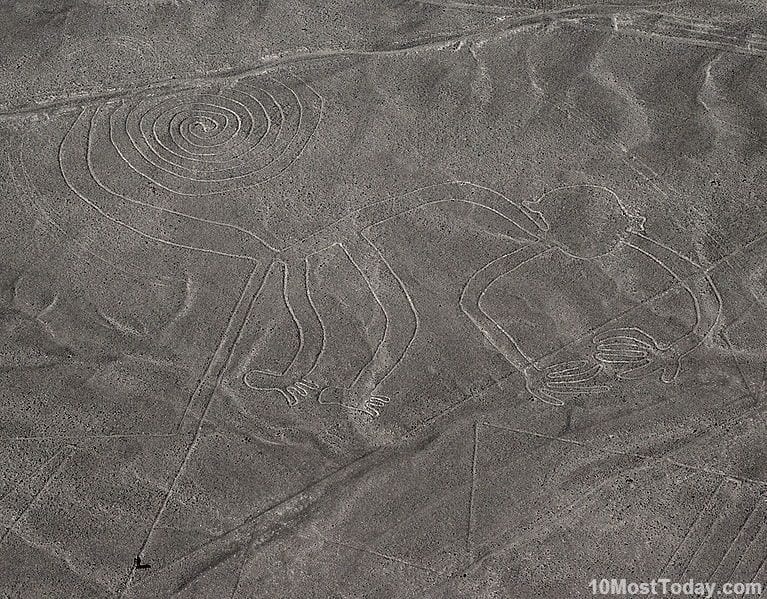 This a prehistoric monument was built sometime between 3000 BC and 2000 BC. Stonehenge is actually the remains of a ring of standing stones. The reason or purpose of this ring of stones remains unclear. One suggestion states that Stonehenge could have been a burial ground 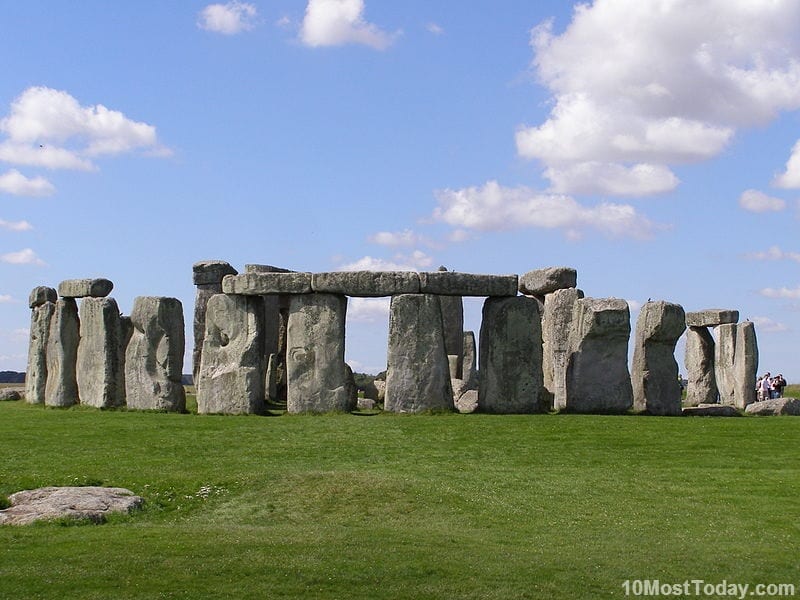 Puma Punku is part of a large temple in Tiwanaku – an archaeological site in western Bolivia, which in the Inca tradition is believed to be the site where the world was created. The site contains huge building blocks, the largest being 7.81 meters long, and weigh about 131 metric tons. It’s unclear how those huge blocks were transported and how they were mounted on each other 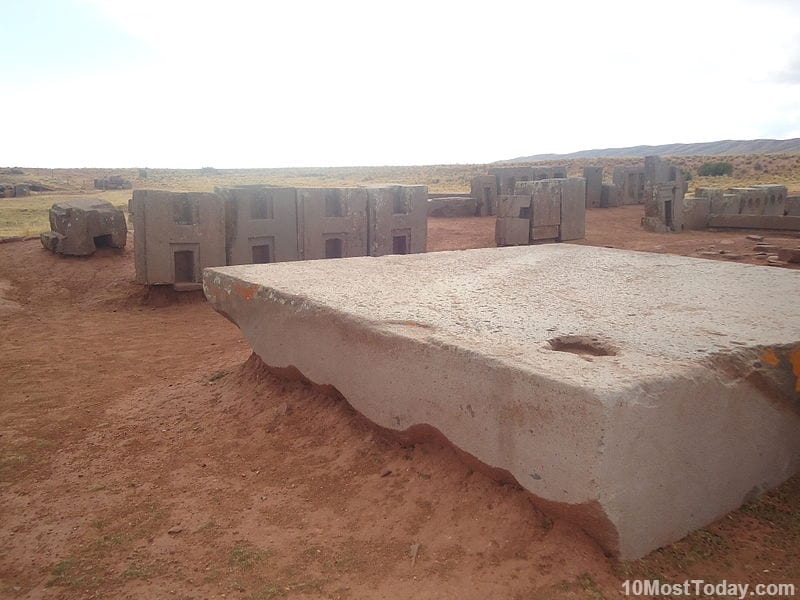 Monolithic human figures carved by the Rapa Nui people from rock between the years 1250 and 1500. Almost all Moai have overly large heads three-eighths the size of the whole statue. The tallest Moai weigh 75 tonnes, but the Rapa Nui people were able to move these statues around the island. It’s still unclear how, but these statues are now among the most famous statues in the world

This site baffles archaeologists all around the world. The site dates back to the years 8,000 BC – 10,000 BC, when the humans were still just hunter-gatherers. This changes our perception on the first origin of religion as this site is now the oldest religious site yet discovered. It’s also unclear how these people were able to construct and move pillars that weigh up to 20 tons, some 7,000 years before the construction of the pyramids! 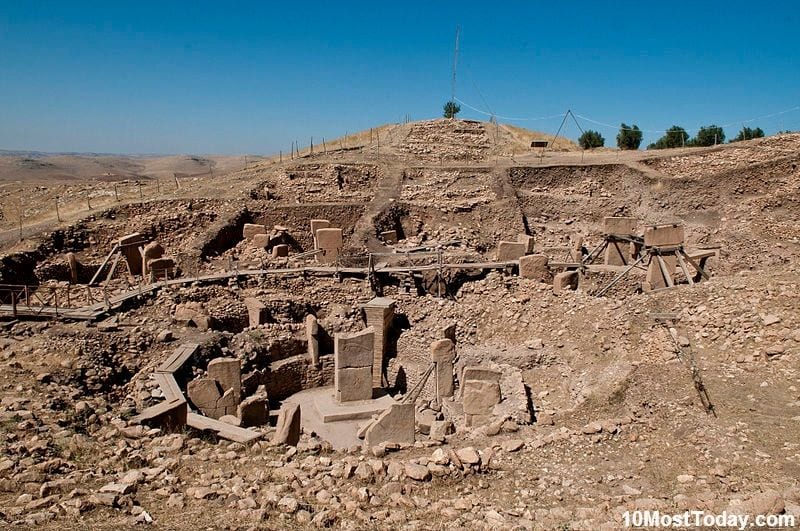 The Plain of Jars is an archaeological landscape in the Xieng Khouang province in Laos. Thousands of these mysterious stone jars, some reach 3 meters (10 ft) in height, are spread out in clusters in this huge area. Some believed the jars used to store alcohol, other believe they were set to collect rain waters, and another belief is that they were used as burial sites. The local legend claims that giants used the jars to store alcohol. It seems that the actual purpose of the mysterious jars are anyone’s guess 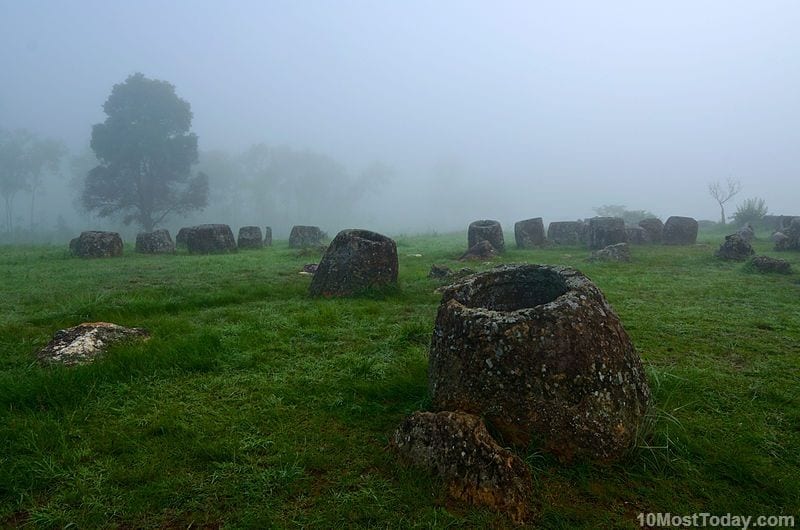 Most Mysterious Places On Earth: Plain of Jars, Laos

Teotihuacan is an archaeological site near Mexico City. The city is filled with pyramids and is about 20 square km (8 sq miles). It was a huge urban center and home to probably 100,000 people. The city was ruined some 1,400 years ago and later taken over by the Aztecs, The modern name was given by the Aztec people and the meaning is “the place where the gods were created”. It’s unclear who were the original builders. Teotihuacan is home to  Pyramid Of The Sun – one of the most amazing pyramids in the world 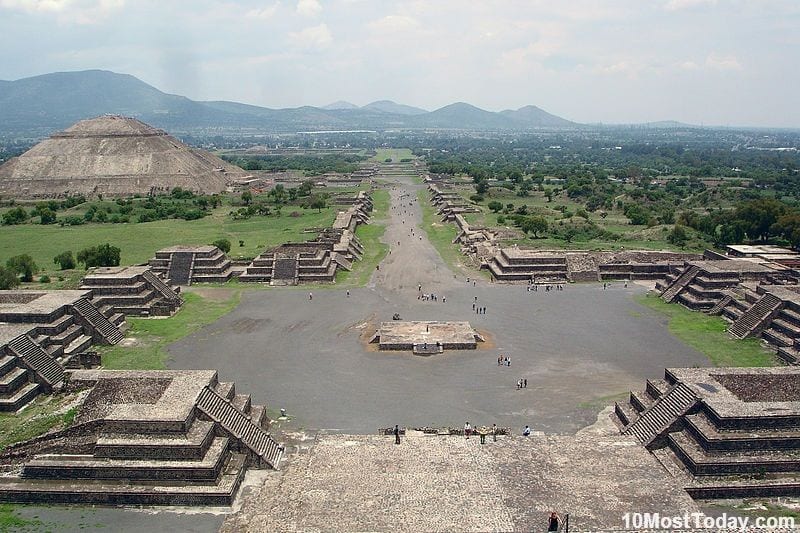 Discovered only in 1987, this underwater rock formation is located off the coast of Yonaguni, Japan, and is best known in Japan as the “Yonaguni Submarine Ruins”. There is an ongoing discussion whether this site is natural or man-made, as many of the elements are hard to explain as anything but artificial. Such elements are the star shaped platform (in the picture), a 10 meters (33 ft) straight wall, a 7 meters (23 ft) tall stone column, and many more. Needless to say, it’s unknown who built the structures and when 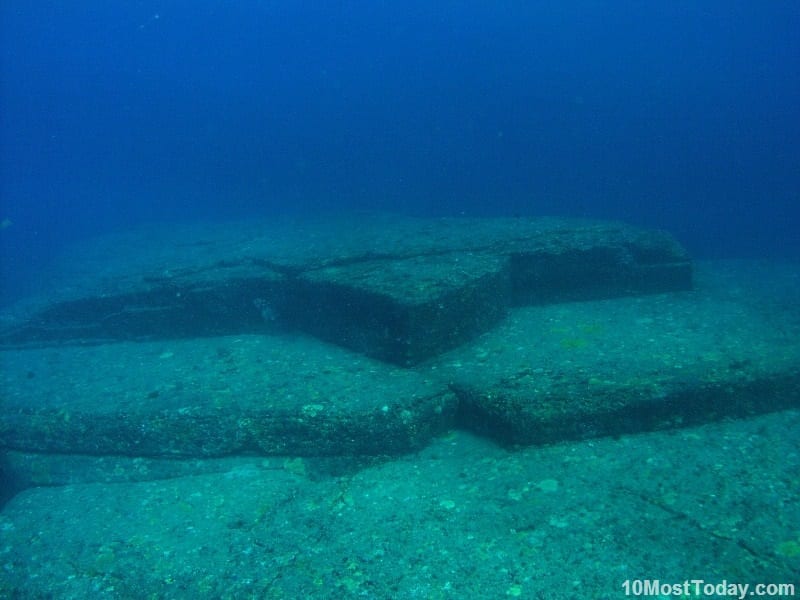 In 2005 a shocking announcement came to the world – the largest and oldest man made pyramid in the world was found near the Bosnian town of Visoko, and it is 25,000 years old! Excavations in the pseudo-archaeological site began in 2006, along with claims that tunnels and stone blocks were found. However, teams of geologists, archaeologists and many other scientists concluded that the hills are absolutely natural formations, and not man made. Some still believe that the hills are an artificial pyramid and the excavations and search for proofs continue 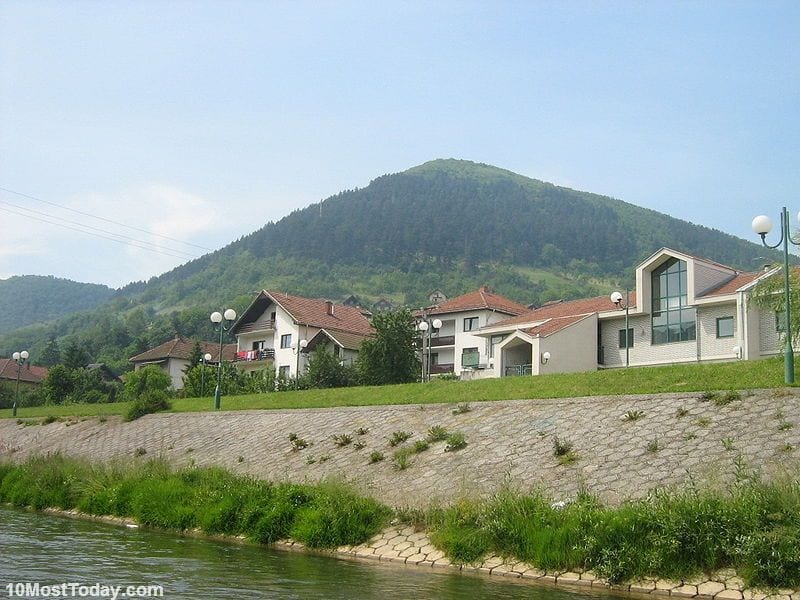 Most Mysterious Places On Earth: The alleged Bosnian Pyramid

Baalbek in Lebanon is the location of the largest Roman temple ever built. It was later destroyed by the Byzantine Emperor, but among its ruins you can find the Stone of the Pregnant Woman (also known as the Stone of the South) – one of the largest monoliths ever quarried. The huge granite block weighs 1,000 tons! A second similar stone lies close to it which weighs even more – 1,242 tons. It’s unknown how those blocks were transported, and why such an effort was put in Baalbek by the Romans 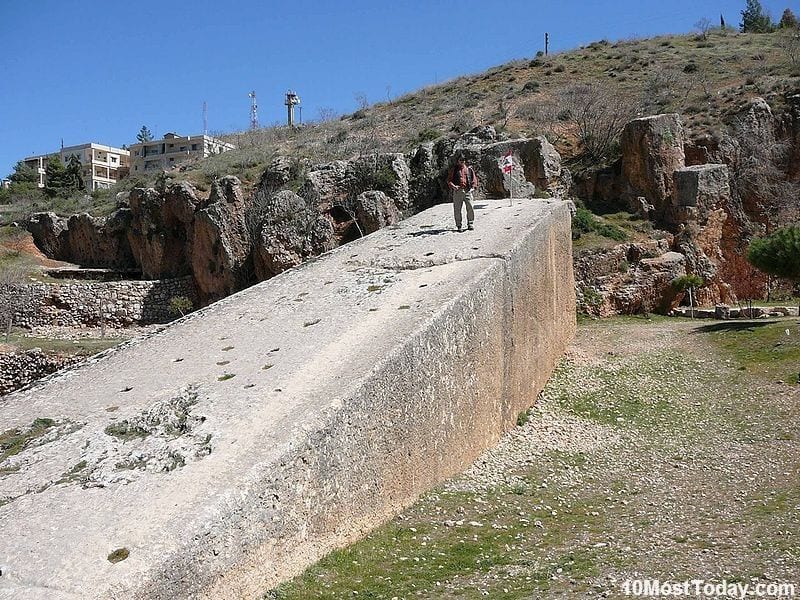