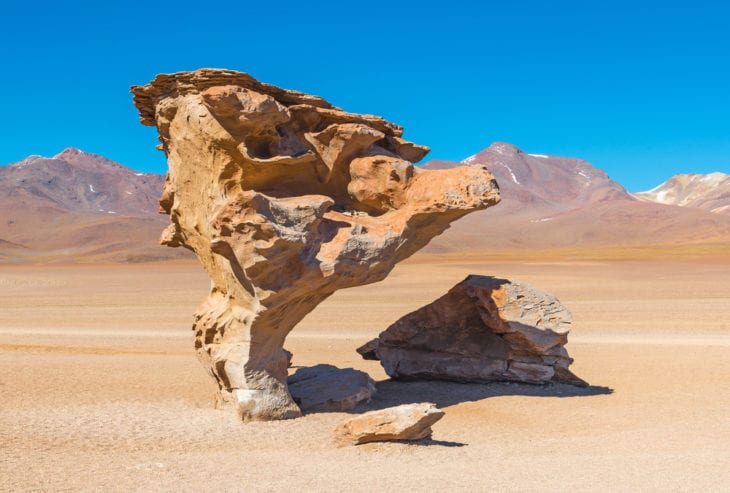 Another astonishing result from the artistic ability of nature is the rock formations. Such elements like the rain, wind, erosion, and water carved these wonderful works for over a million years. Here’s a list of the 10 rarest rocks in the world.

1. The Stone Tree in Bolivia 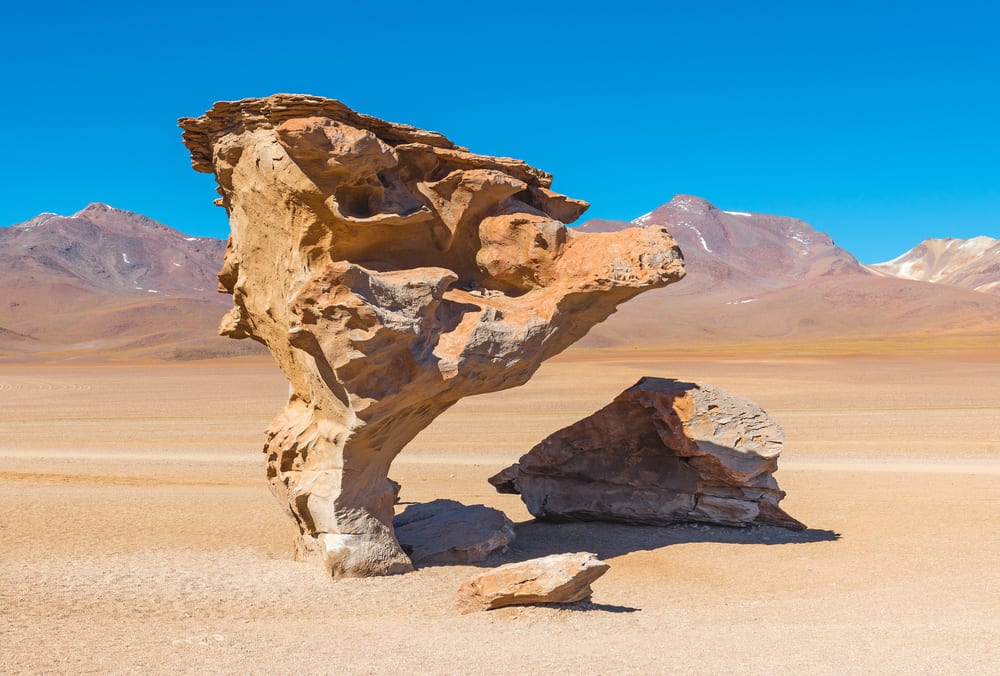 This rock formation is also considered Bolivia’s natural monument. It reaches 7 meters in height, with its shape formed through continuous erosion of the sand by strong winds.

To be specific, its distinctive tree shape was formed through erosion over a million years ago. In which the desert sand polished the rocks that gave it its form.

2. The Golden Rock in Myanmar 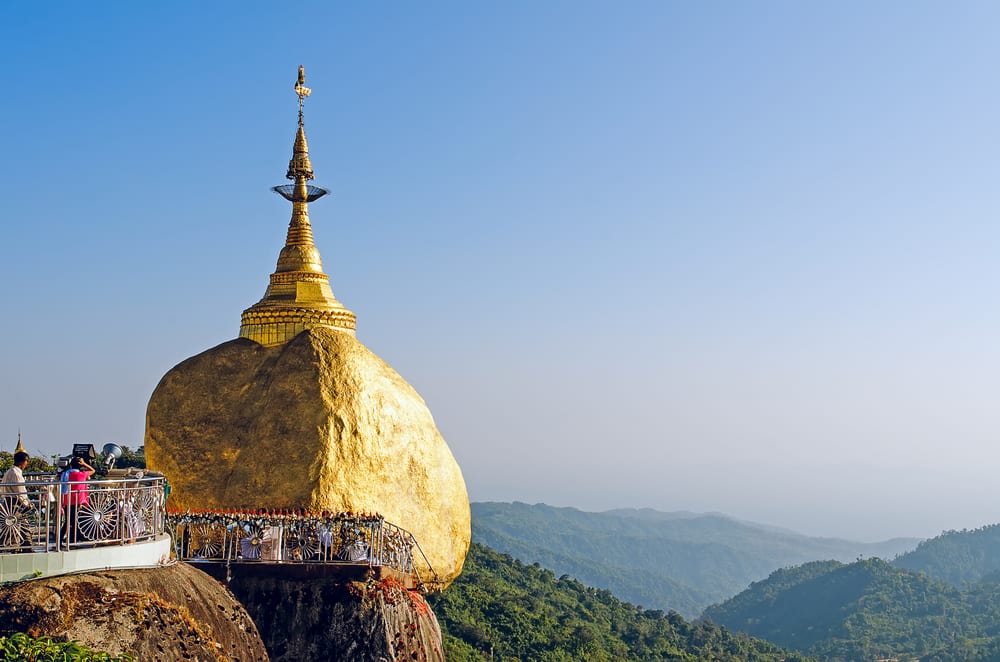 Myanmar’s Golden rock can be found on a cliff 1100 meters high above the sea level. This 5-meter granitic boulder is where you can find Kyaiktiyo Pagoda, where the Burmese Buddhists hold the major pilgrimage.

The pilgrims affix a gold leaf for several hundred years, which makes up its golden hue. This rock looks as if it defies gravity and appears to plummet, which makes it look amazing.

According to the legend, this rock is nestled on Buddha’s hair strand and that those who come around thrice a year in this holy site would be favored with wealth as well as recognition of the goodness that they did.

3. The Delicate Arch in the USA 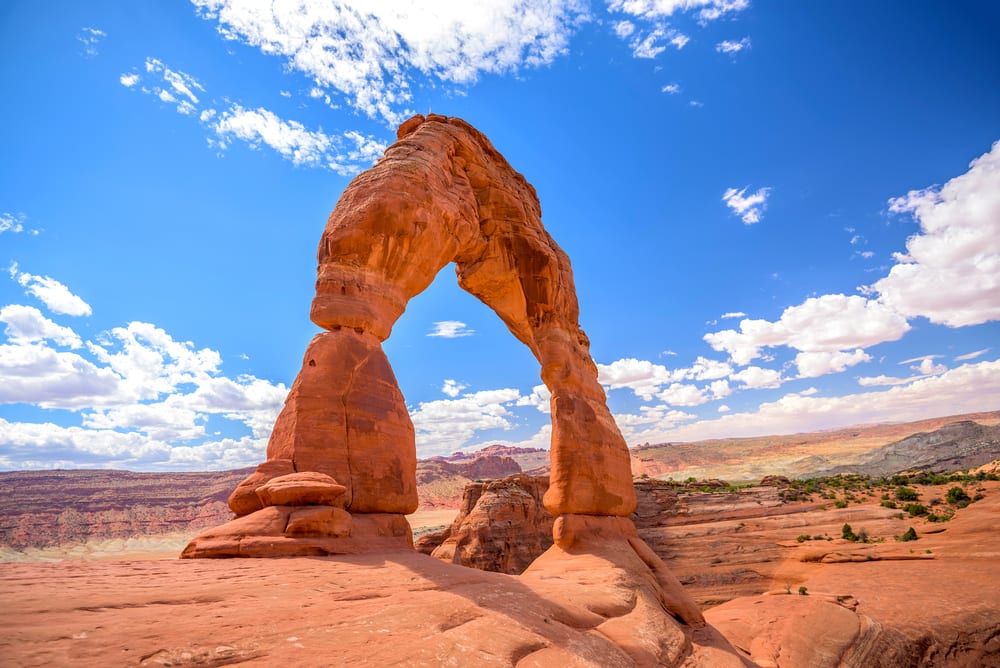 The Delicate Arch, the most popular natural arch in the world, is located at the Arches National Park in Utah. This was formed due to the gradual whittling of the sandstone fin through erosion and weathering that results to an arc.

Apart from that, this 6 meter-high arch is the ultimate representation of Utah.

4. The Mushroom Rocks in Egypt 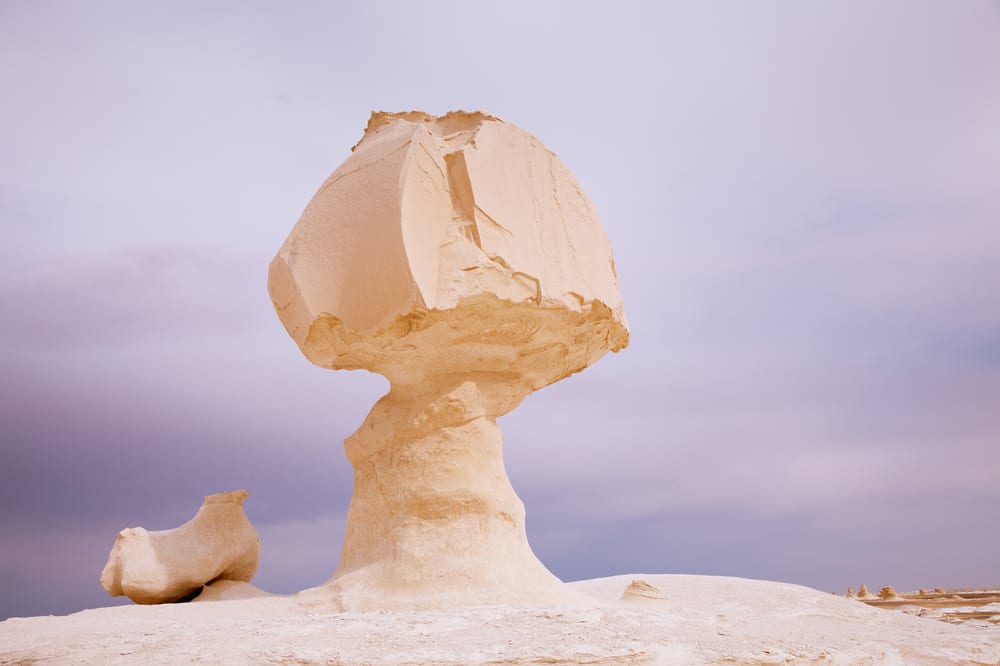 This is among the rarest and most famous rocks of its kind around the world. The mushroom rocks or also called rock pedestal, acquires its remarkable shape through weathering and erosion. 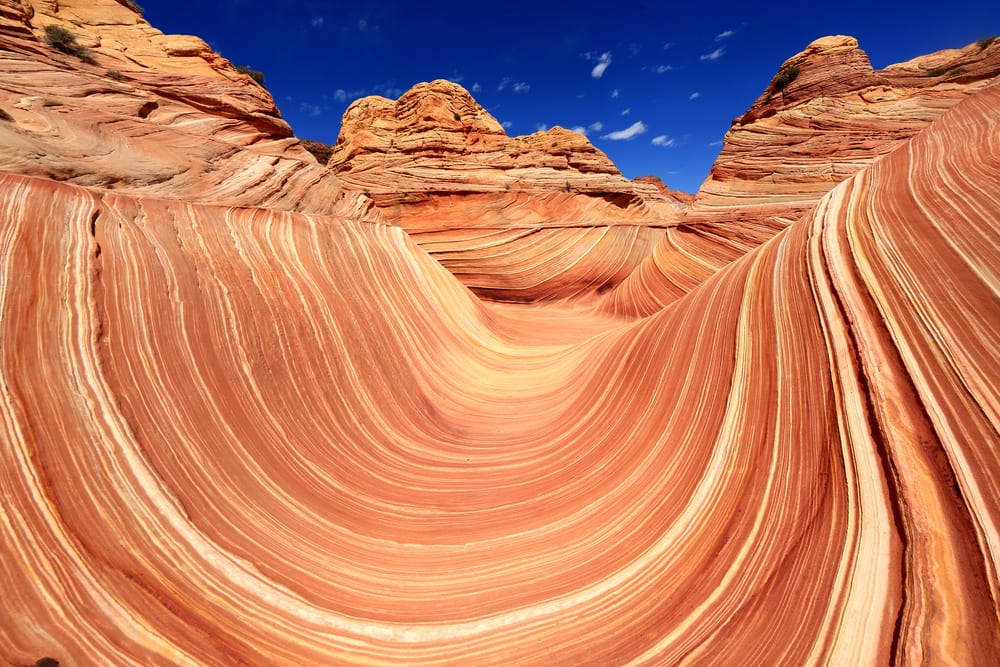 This remarkable sandstone is found in Arizona. Originally, it was an array of dunes, but as time passed by, it was transformed into solid rock. This reddish and orange wave-like landscape was formed by rain and wind. The Wave is popular among the hikers because of its difficult hike needed in order to reach it.

6. The Ayers Rock in Australia 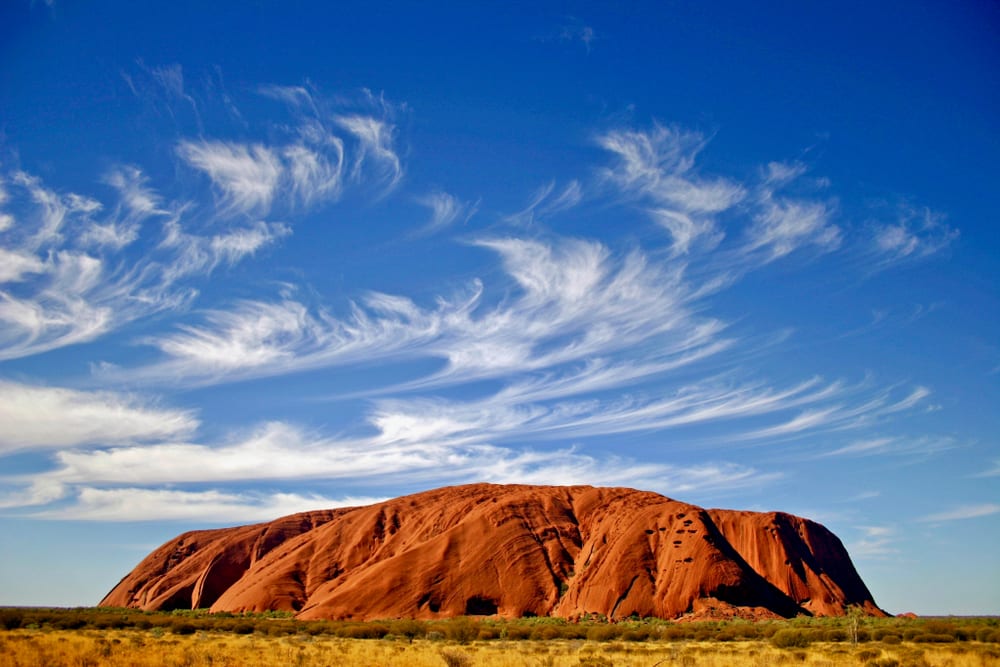 Ayers Rock or Uluru is noted as Australia’s sacred rock. This sandstone formation with 348 meters high, is proclaimed a UNESCO World Heritage Site due to the fact that it became a pilgrimage place for the native local inhabitants in years.

This also is among the world’s largest monoliths which was formed 600 million years ago. Also, it is very popular due to its seemingly changing of color at various times of year and day, most especially as it glows red during the sunset and dawn.

7. The Pinnacles in Australia 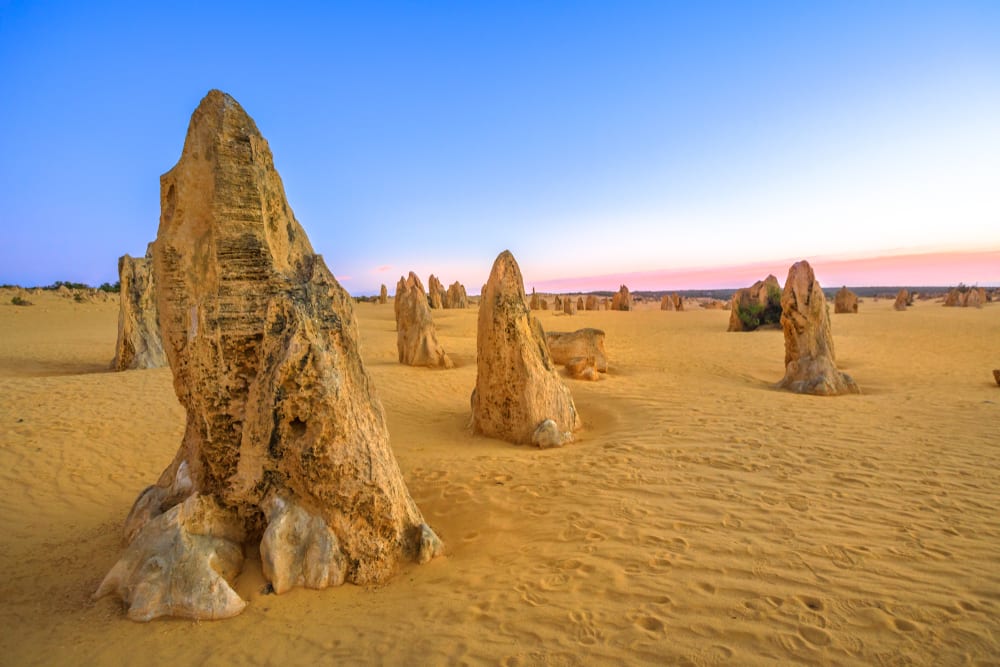 The Pinnacles in Australia are like the James Bond Island, which is also a limestone formation. It is situated within Nambug National Park, Western Australia. Its rocks are made of limestone along its base of sandstone.

8. The Ko Tapu Island in Thailand 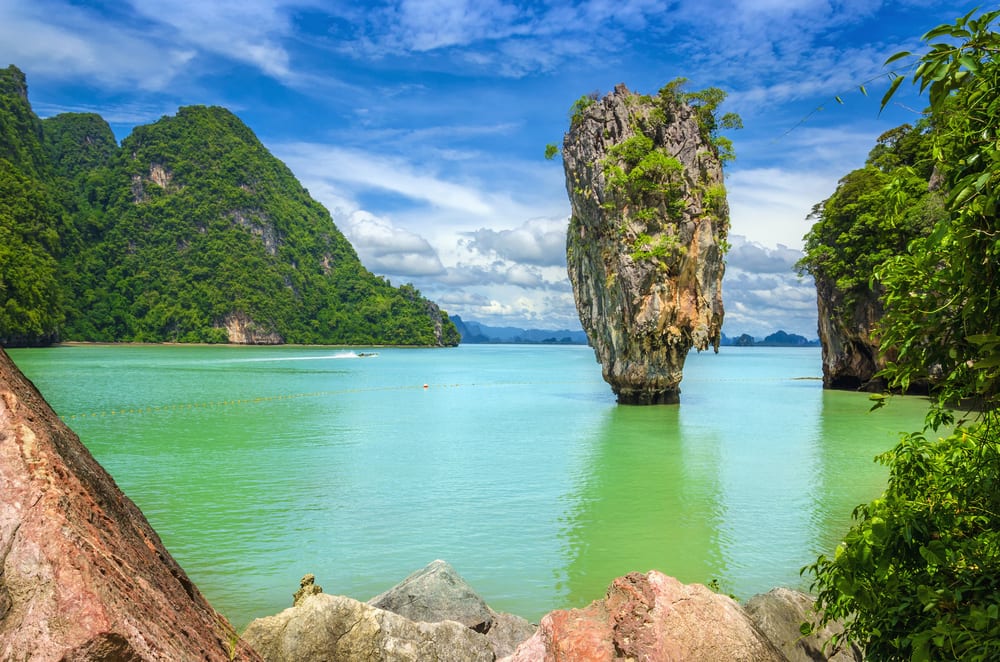 Ko Tapu is an astonishing limestone monolith Island, it is 20 meters in height and is found in Phang Nga Bay, Thailand.

This rock pillar is located 200 meters across the coast into Ao Phang Nga National Park’s bounds. It’s famously known as the ”James Bond Island” for it was featured in James Bond’s movie ”The man with the Golden Gun” in 1974. 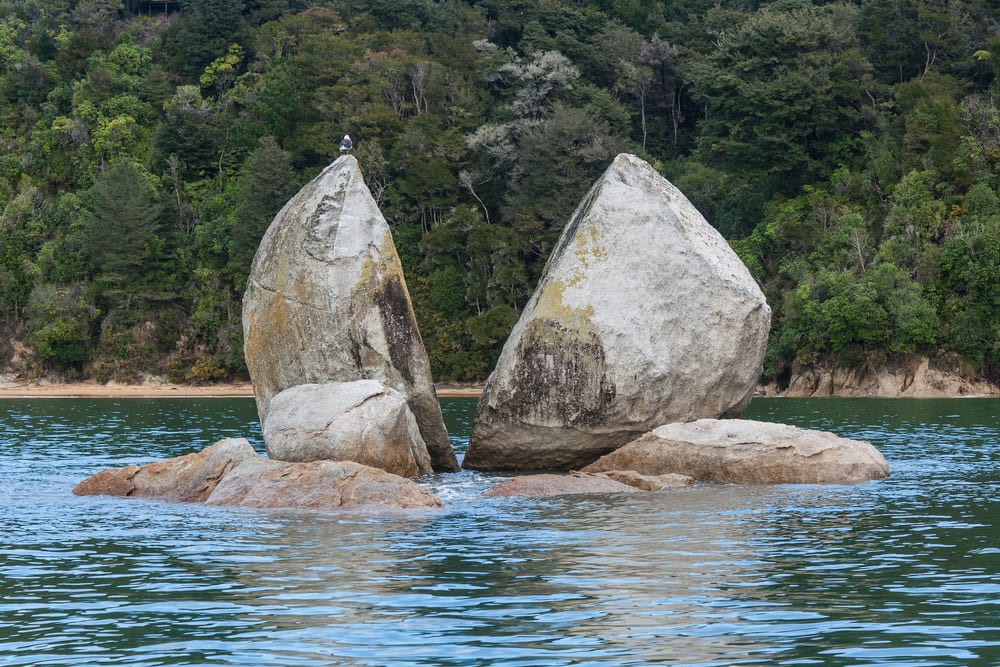 This geological rock formation is found on the northern coast of South Island, New Zealand. The granitic formation is popular for its odd shape-an apple shape split into two.

The splitting into halves of this ”apple” occurred naturally. The time of its occurrence was unknown, but the fact is that this rock formation became a major destination for tourists in Abel Tasman National Park.

10. The Perce Rock in Canada 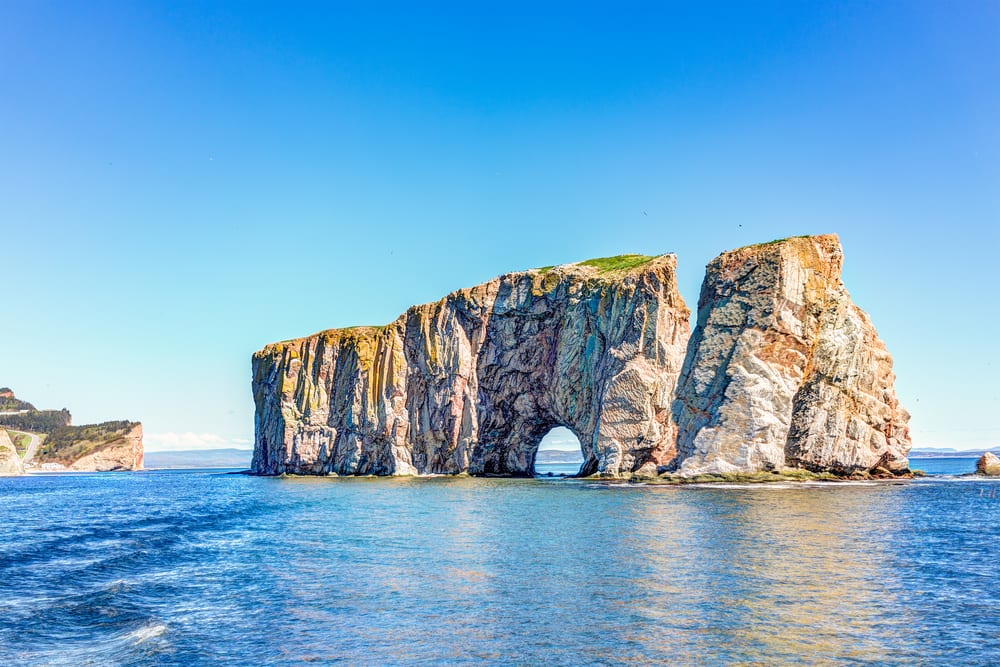 The Perce Rock is among the largest natural arch worldwide that is situated in the water and it is one of Quebec’s foremost tourist attractions.

This is a gorgeous mound of limestone of about 88 meters in height and extends up to 433 meters. The popular arch has a vertical height of 15 meters, however, it has two arches and on June 17, 1845, one of the arches collapsed.

10 Most Magnificent Pyramids In The...