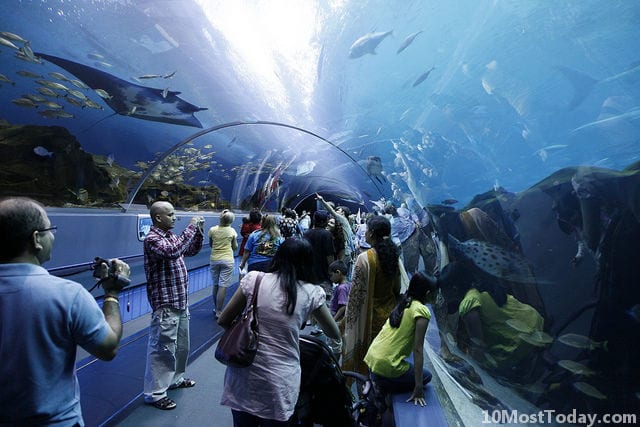 Everyone who likes wildlife will agree that watching animals in captivity is a poor alternative to observing them in the wild. But for the most of us, a zoo is the only option to watch the world’s most spectacular animals. When it comes to marine life, it’s ever harder to watch the wonderful animals in the open oceans and an aquarium is the sole option. Before you is a list of some of the world’s best aquariums

1. Georgia Aquarium, Atlanta, Georgia – The Georgia Aquarium is the largest aquarium in the western hemisphere, second in the world only to the Marine Life Park in Singapore. The aquarium is home to more than 100,000 animals of more than 500 species, some of which are whale sharks, beluga whales, bottlenose dolphins, and manta rays. Click here for the official site

2. Okinawa Churaumi Aquarium, Okinawa, Japan – The Okinawa Churaumi Aquarium is home to more than 26,000 of 740 different species, spread over 77 tanks of saltwater and fresh water. The aquarium was the world’s largest when it opened in 2002, but later suppressed by the Georgia Aquarium in 2005. The aquarium has Whale sharks and manta rays on display, along with more than 80 species of coral. Click here for the official site 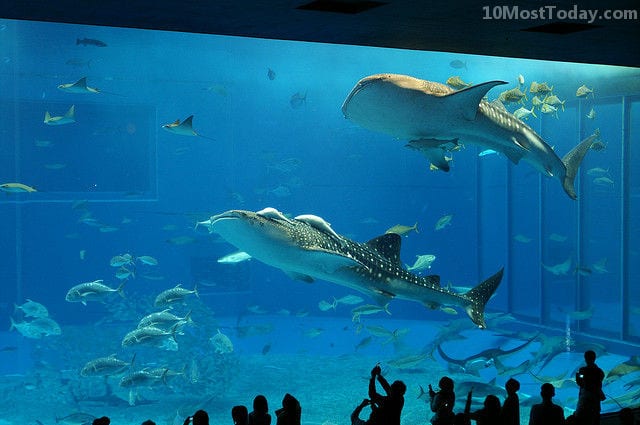 3. Shanghai Ocean Aquarium, Shanghai, China – The Shanghai Ocean Aquarium is notable for its 120 meters long (390 ft) tunnel that takes visitors through a remarkable underwater journey of a coastal reef, an open ocean, a kelp cave, shark cove, and a coral reef. Visitors can see more than 450 different species of marine life all around them inside the tunnel. This tunnel is one of the longest such tunnels in the world. Click here for the official site 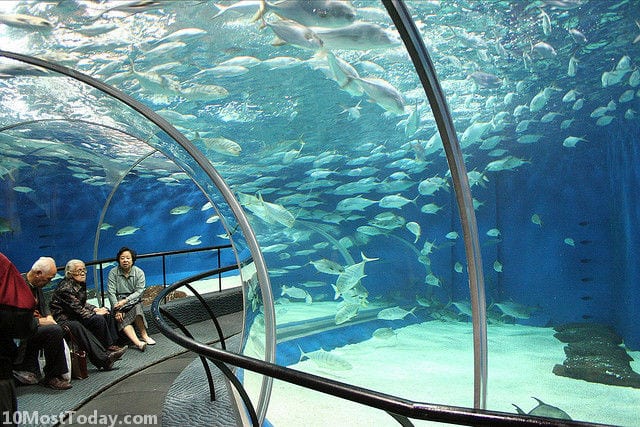 4. Monterey Bay Aquarium, Monterey, California – With 35,000 animals of 600 different species, the Monterey Bay Aquarium receives more than 2 million visitors every year. Many of the visitors are foreign and domestic tourists stopping at Monterey as part of the Route 1 drive between San Francisco and Los Angeles. Visitors can see penguins, sea otters (which are the only mammals on display), rays, a large number of jellyfish species, bluefin and yellowfin tuna, and many other fascinating animals. The large aquarium continuously pumps water from the Monterey Bay it resides by. Click here for the official site 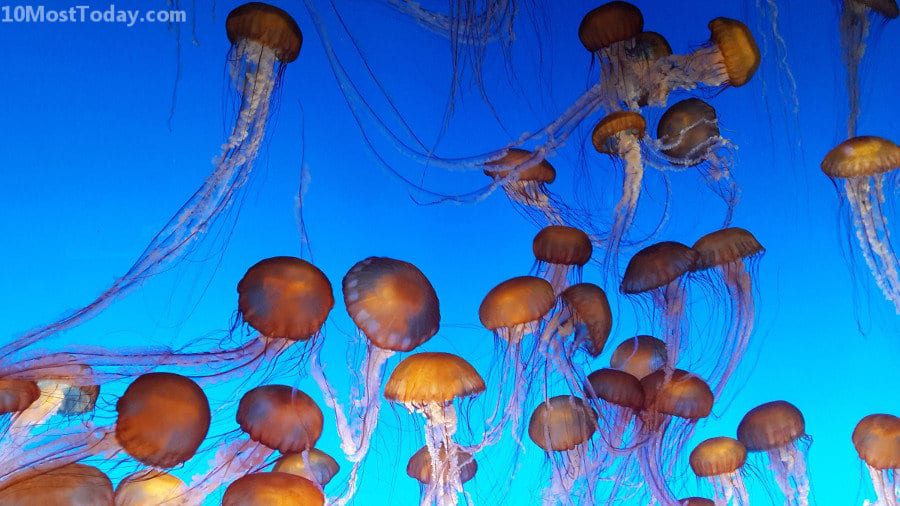 5. L’Oceanografic, Valencia, Spain – Opened in 2003, the Oceanographic is the largest complex of its type in Europe. It pumps water straight from the Mediterranean and includes 45,000 animals of 500 different species including dolphins, sharks, rays, penguins, sea lions, walruses, beluga whales and various other fish, mammals, birds and reptiles. Click here for the official site 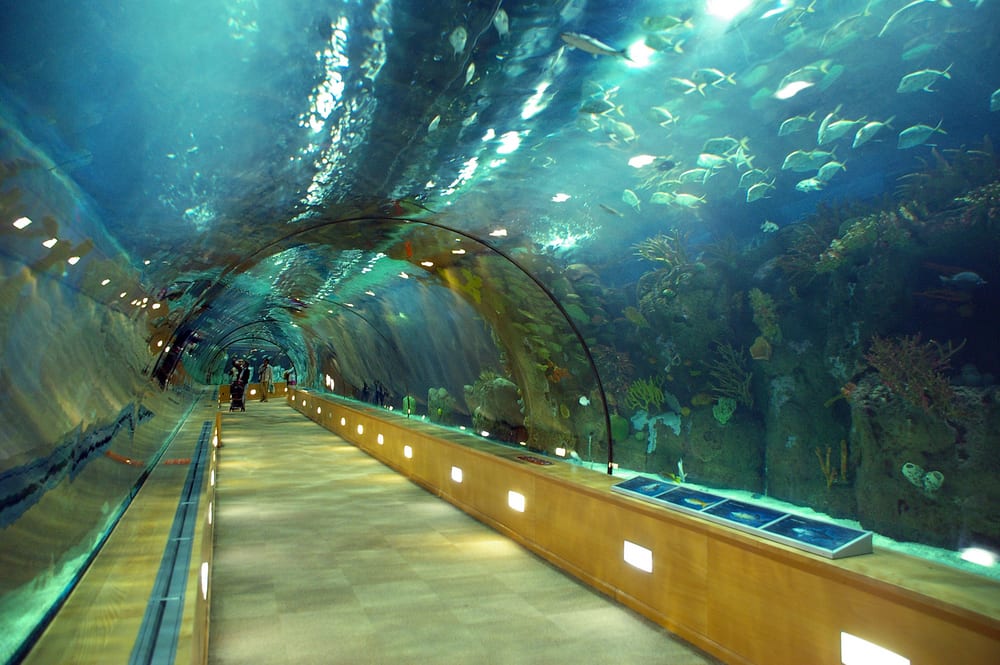 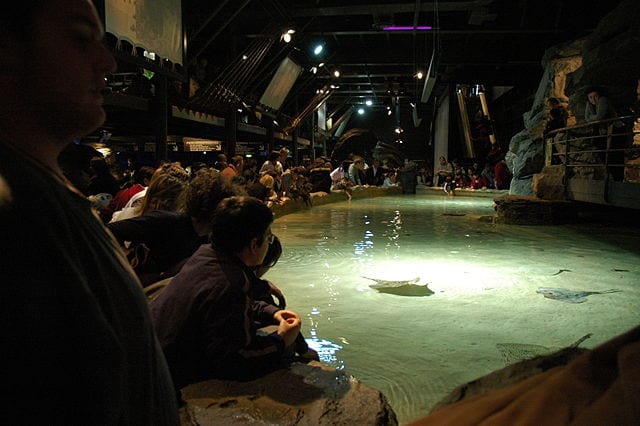 7. Vancouver Aquarium, Vancouver, Canada – The Vancouver Aquarium opened in 1956, which makes it by far the oldest establishment listed here. It is also the largest in Canada and among the largest in North America. The aquarium is a very popular attraction in Vancouver, but it’s more than just a public aquarium, it is also a marine research, conservation and animal rehabilitation center. More than 70,000 animals live here, including orcas, beluga whales, dolphins, penguins, sea otters, sea lions, seals and more. Click here for the official site 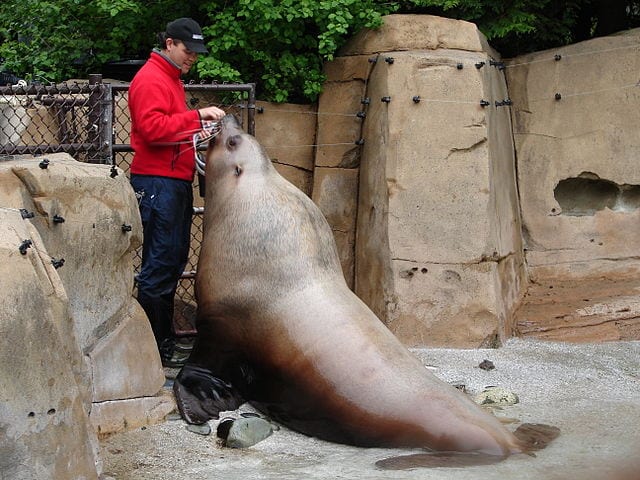 8. Lisbon Oceanarium, Lisbon, Portugal –  Opened in 1992, the Lisbon Aquarium is the largest indoor aquarium in Europe. It has 16,000 animals of more than 450 species, including: sea otters, penguins, sharks, rays, seahorses, starfish, sea urchins, sunfish, octopuses, jellyfish, eels, lots of marine plants as well as seagulls and other birds. Click here for the official site 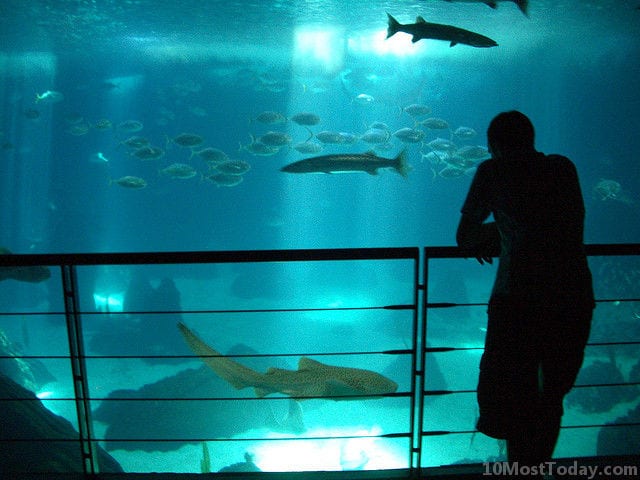 9. Aquarium of Western Australia (AQWA), Hillarys, Western Australia – The Aquarium of Western Australia is among the largest aquarium in the world with regards to the water volume of the tanks. More than 400 species reside in these tanks (many of which are endemic to the coastline of Australia) spread over 40 exhibits. Some of the species on display are several species of sharks, lots of species of rays, loggerhead turtles, octopuses, stonefish, sea snakes, lion fish, box fish, leafy sea dragons, moon jellyfish, clown fish, juvenile saltwater crocodiles, starfish, cuttlefish, rock lobsters, scorpionfish, and more. The aquarium contains a long underwater tunnel where visitors can walk through and see the marine life all around them. Click here for the official site 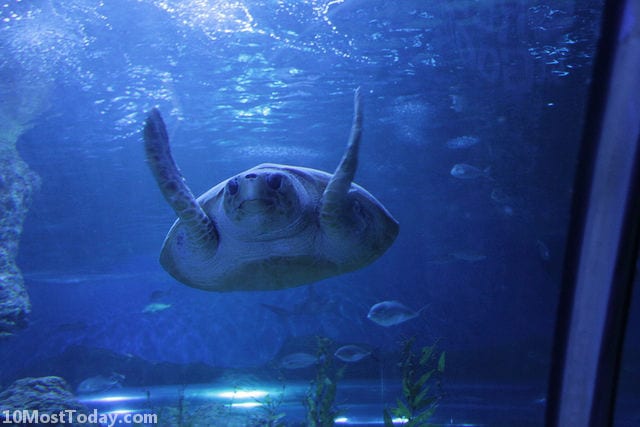 10. Dubai Mall Aquarium, Dubai – Unlike the rest of the aquariums listed here, this aquarium is not an establishment by its own, but rather a free attraction in the Dubai Mall, open for all visitors. This fact by no means suggests that the Dubai Mall Aquarium has fewer animals on display. The aquarium holds more than 33,000 marine animals, visible through one of the largest Acrylic Panels in the world 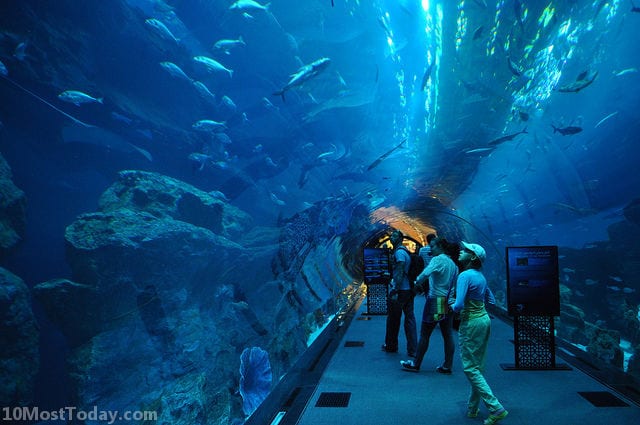 10 Best Whisky Distillery Tours In The...

10 Best Indoor Markets In The World