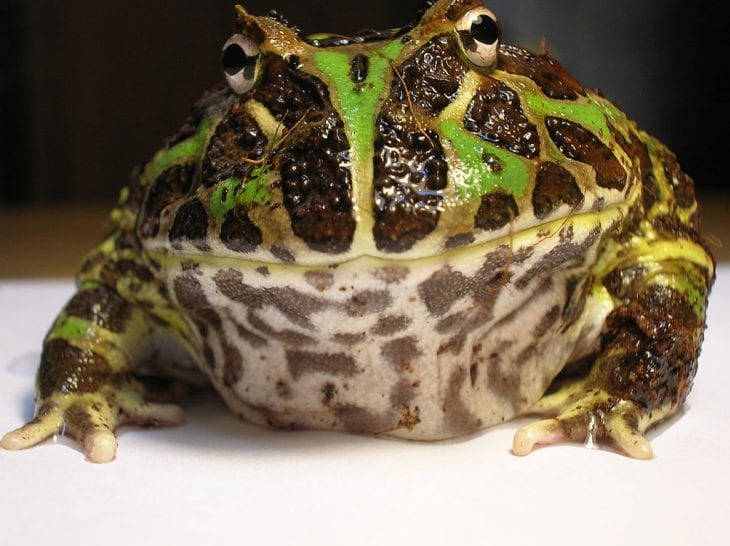 1. Pacman Frog (Ceratophrys) – Pacman frogs or South American Horned Frogs are a family of 8 species of frogs endemic to the rainforests of South America. They are called Pacman frogs due to their large mouth and abdomen making them somewhat resemble Pacman. The most common species of the family is the Argentine horned frog which will attempt to swallow anything that moves close to its mouth: insects, rodents, lizards, or even other frogs. Pacman frogs are known to have suffocated trying to swallow prey that is too big. The Pacman frog has an average lifespan of 6-7 years, but can even reach 10 years. The length of the females can grow to be 16.5 centimeters (6.5 inches) and the males 11.5 centimeters (4.5 in) 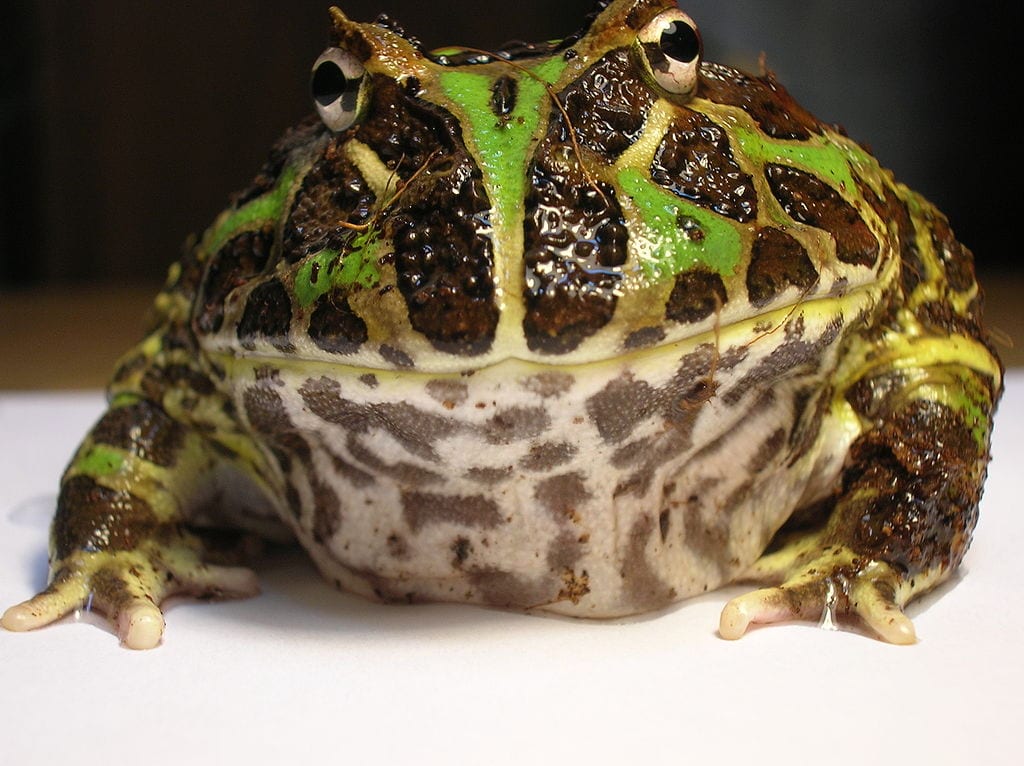 2. Glass Frog (Hyalinobatrachium pellucidum) – The skin of this unique species of frog is transparent due to lack of pigmentation, so some of the internal organs can actually be seen can be seen. The glass frog is very small and is about the size of a fingernail. It is found in rainforests on the Amazonian Andean slopes in Ecuador and Peru 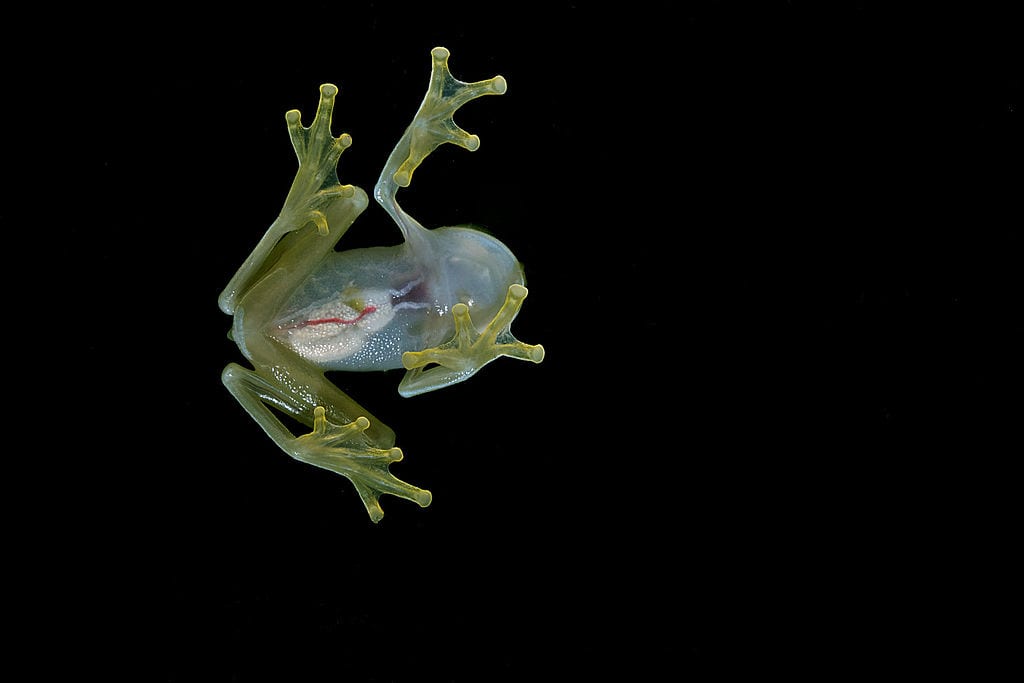 3. Goliath Frog (Conraua goliath) – The largest species of frog. It can grow up to 13 inches (33 cm) in length and weighs up to 3 kg (7 lb)! The Goliath frog has a small habitat range, mainly in Cameroon and Equatorial Guinea, and it can live up to 15 years 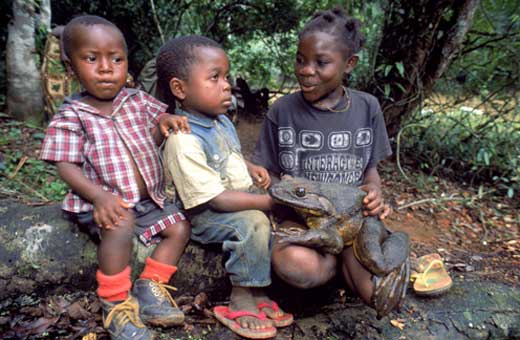 4. Poison Dart Frog – A common name for a group of species native to Central America and South America. All the species in the group (over 175 species) are toxic, but the toxicity level vary from species to species. The name dart frog comes from the fact that Indians used the toxic of these frogs to put on the tips of their blow-darts. However, in reality only a handful of these species were used for this purpose 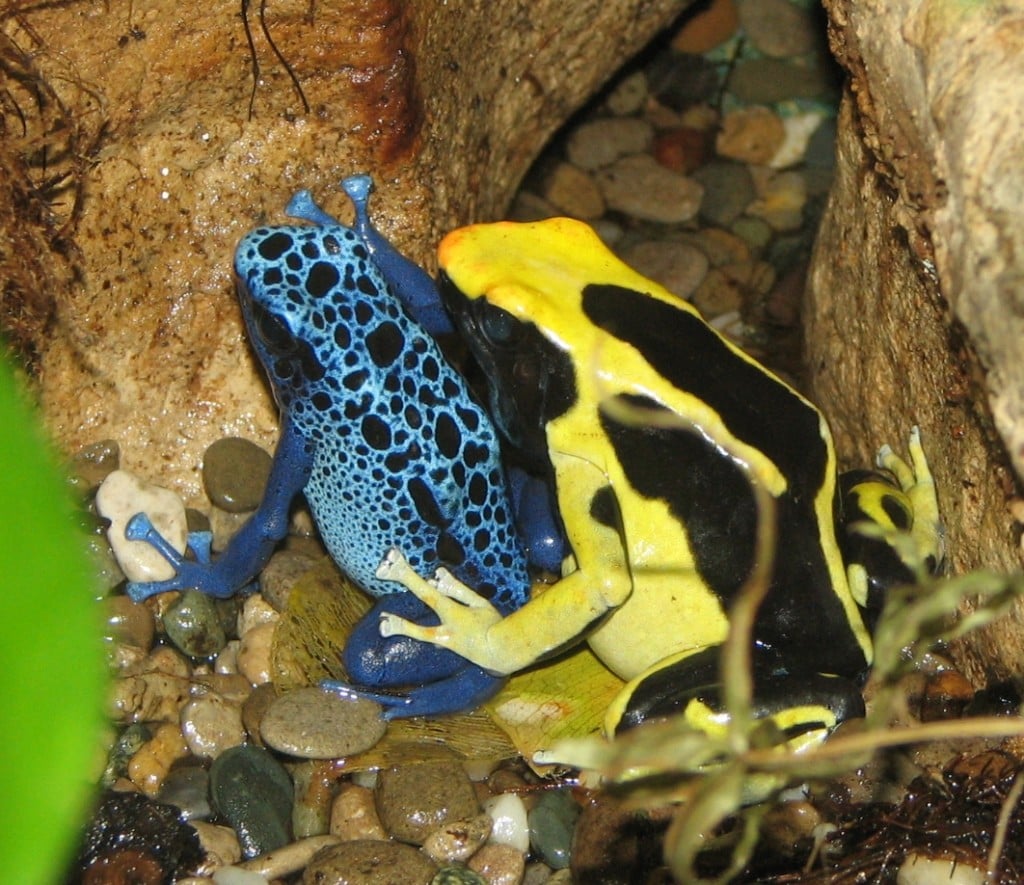 5. Purple Frog (Nasikabatrachus sahyadrensis) – Also known as Pignose Frog, this species is found in Western Ghats, South-Eastern India. It has a robust rounded body and a very unique and unforgettable look 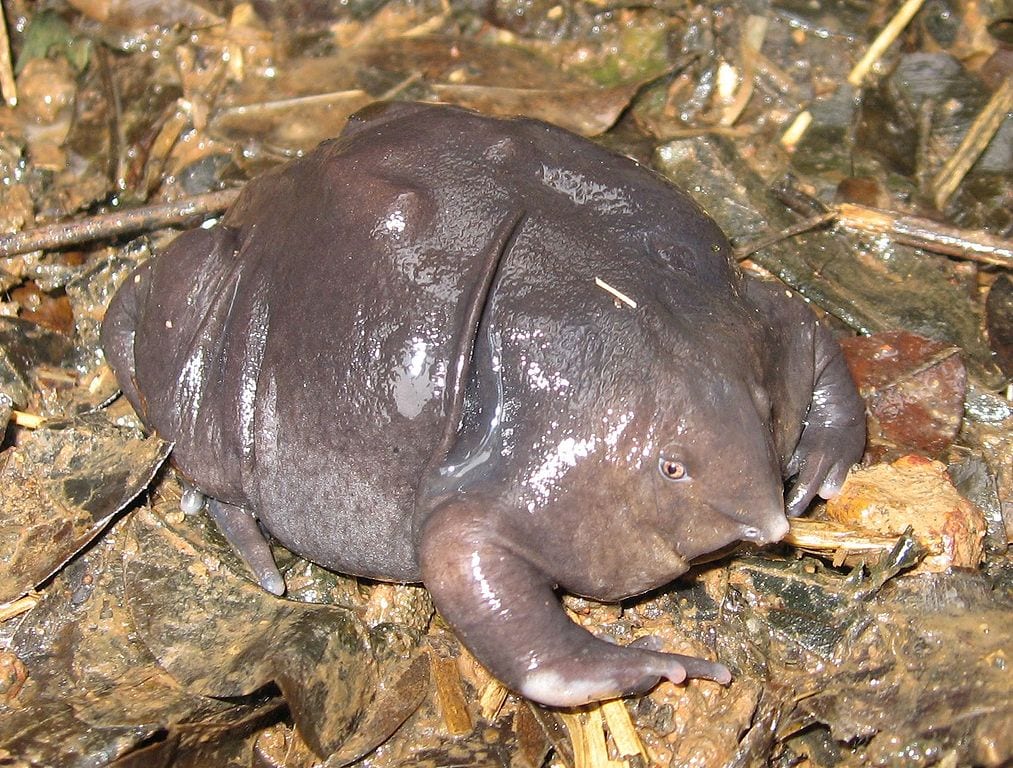 6. Malagasy Rainbow Frog (Scaphiophryne gottlebei) – Also known as the ornate hopper or the red rain frog, this species origin is Madagascar, and it is said to be “among the rarest and most remarkable amphibians” in the world. The rainbow frog can climb vertical rock faces to escape floods or predators and is able to live under the ground up to 10 months living on insects! 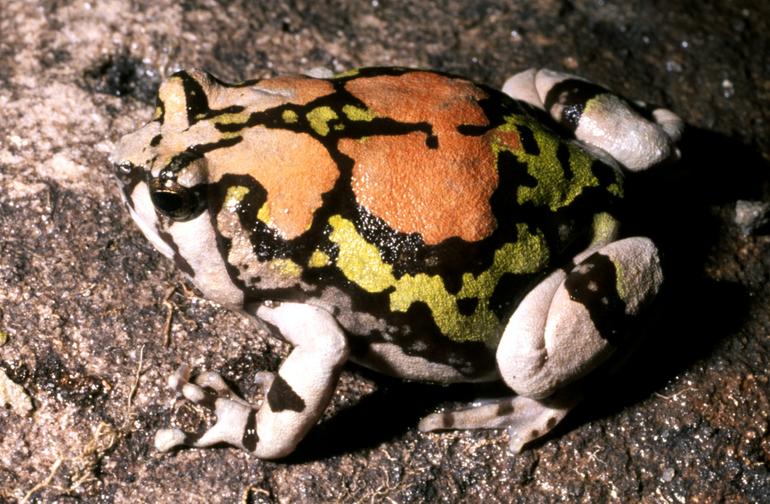 7. Panamanian Golden Frog (Atelopus zeteki) – This rare species of toad is endemic to Panama. The life span of this frog is 12 years, and the species is critically endangered 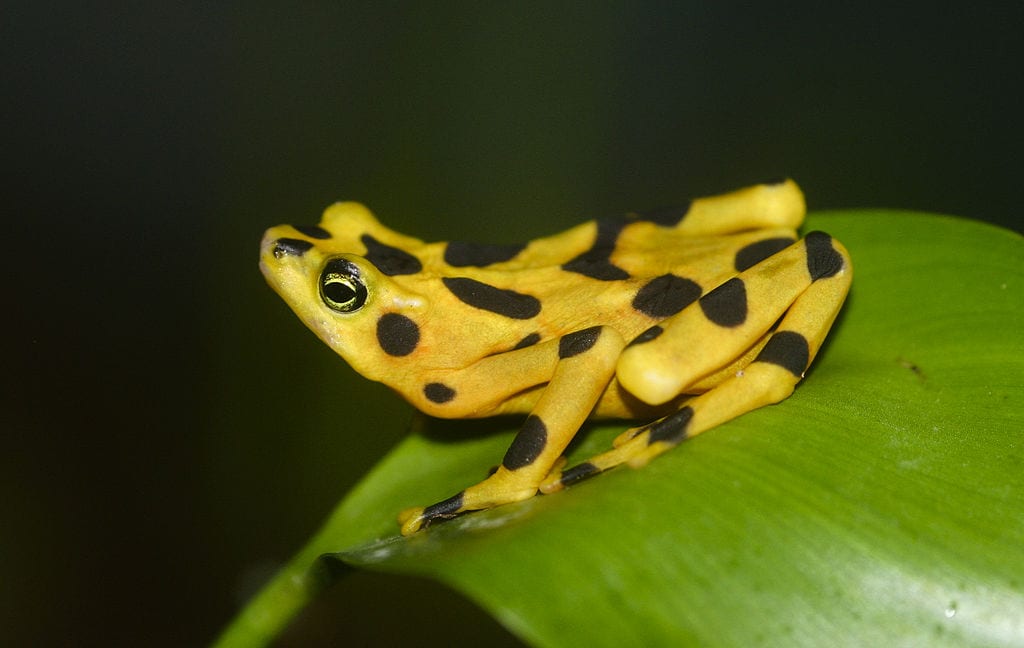 8. Vietnamese Mossy Frog (Theloderma corticale) – This species of frog is endemic to Northern Vietnam. Found specifically in subtropical or tropical areas,  the species is currently threatened by habitat loss. When this frog is frightened, it curls into a ball and play dead 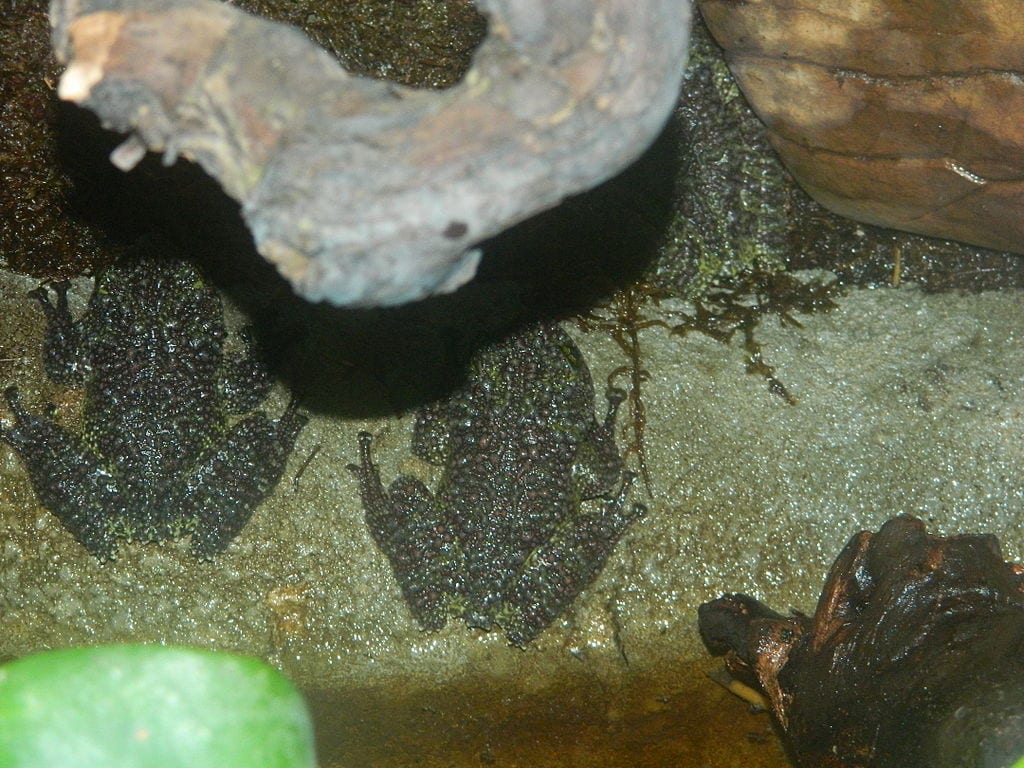 9. Darwin’s Frog (Rhinoderma darwinii) – This species is native to the rainforests of Chile and Argentina. It is named after Charles Darwin who had discovered it first in Chile during his world voyage on the HMS Beagle. Darwin’s frog are small and can reach only 3 cm (1.2 in) in length. The most unique feature of this frog is that the tadpoles develop inside the vocal sac of the male 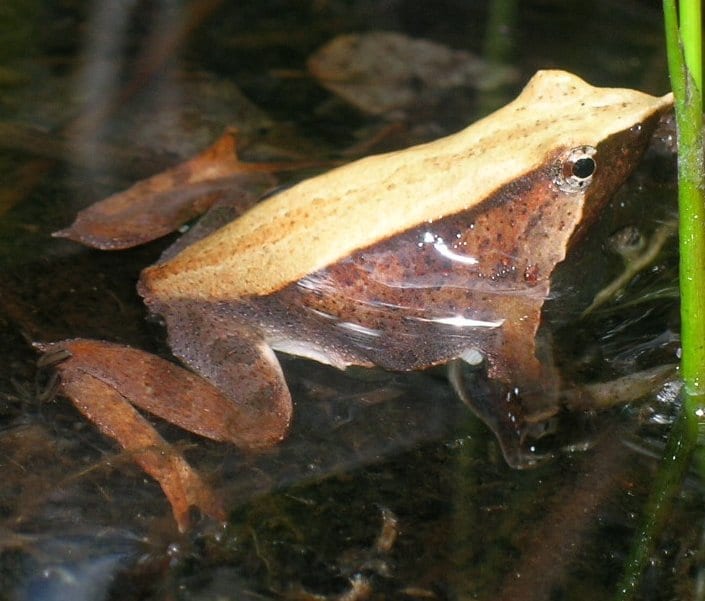 10. Golden Mantella Frog (Mantella aurantiaca) – This beautiful gold or yellow small from (only 20–26 mm long) is endemic to Madagascar and is the most threatened amphibian species in Madagascar. 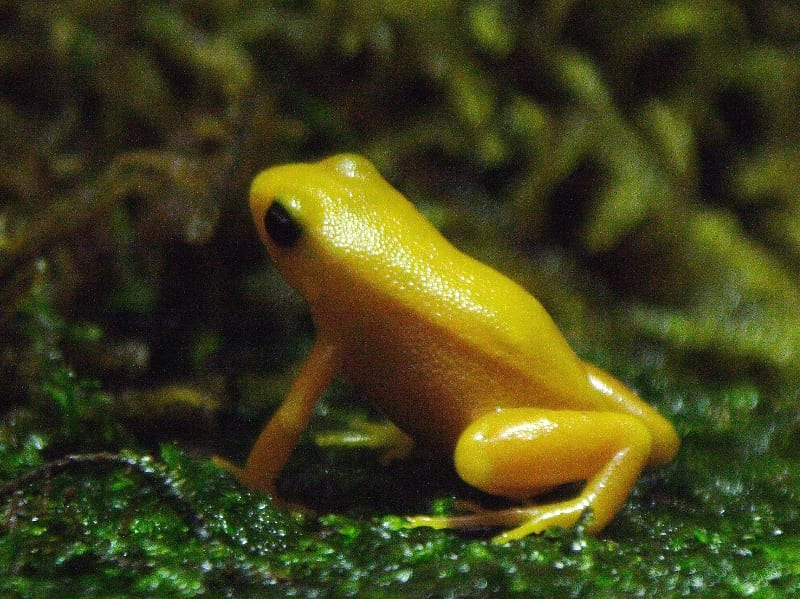 10 Largest Species Of Their Group