10 Historic Prisons From Around The World 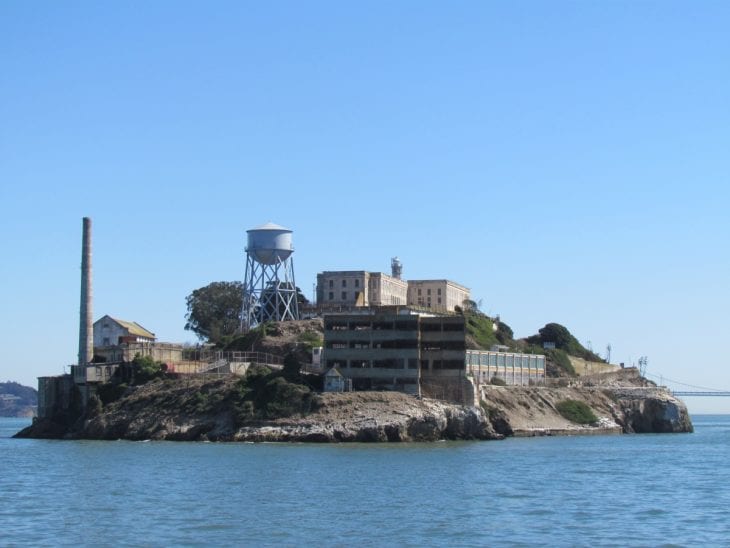 Normally, a prison is not a place you’d want to visit, and definitely not a tourist attraction. But some historic prisons around the world have become famous landmarks and are even considered a must-see attractions. Here’s a list of ten historic and Infamous prisons which are open to the public.

1. Alcatraz Island, California – The small island of Alcatraz in front of San Francisco‘s Fisherman’s Wharf was the site of the first lighthouse in the Western United States. It became a prison in 1934 and remained active till 1963. The maximum security prison was home to famous prisoners like Al Capone. 36 prisoners tried to escape the rocky island over the years, most of which were caught, shot and killed, or drowned. 5 of these men were never seen again and are believed to have drowned, though their bodies were never recovered, and some do believe that these men successfully escaped the rock. Today you can take a boat tour to the island and visit the infamous prison itself. These tours typically start at Fisherman’s Wharf and will often include a longer route that also goes underneath the Golden Gate Bridge. From the boat you’ll get a beautiful breathtaking view of San Francisco which alone is worth the entire tour 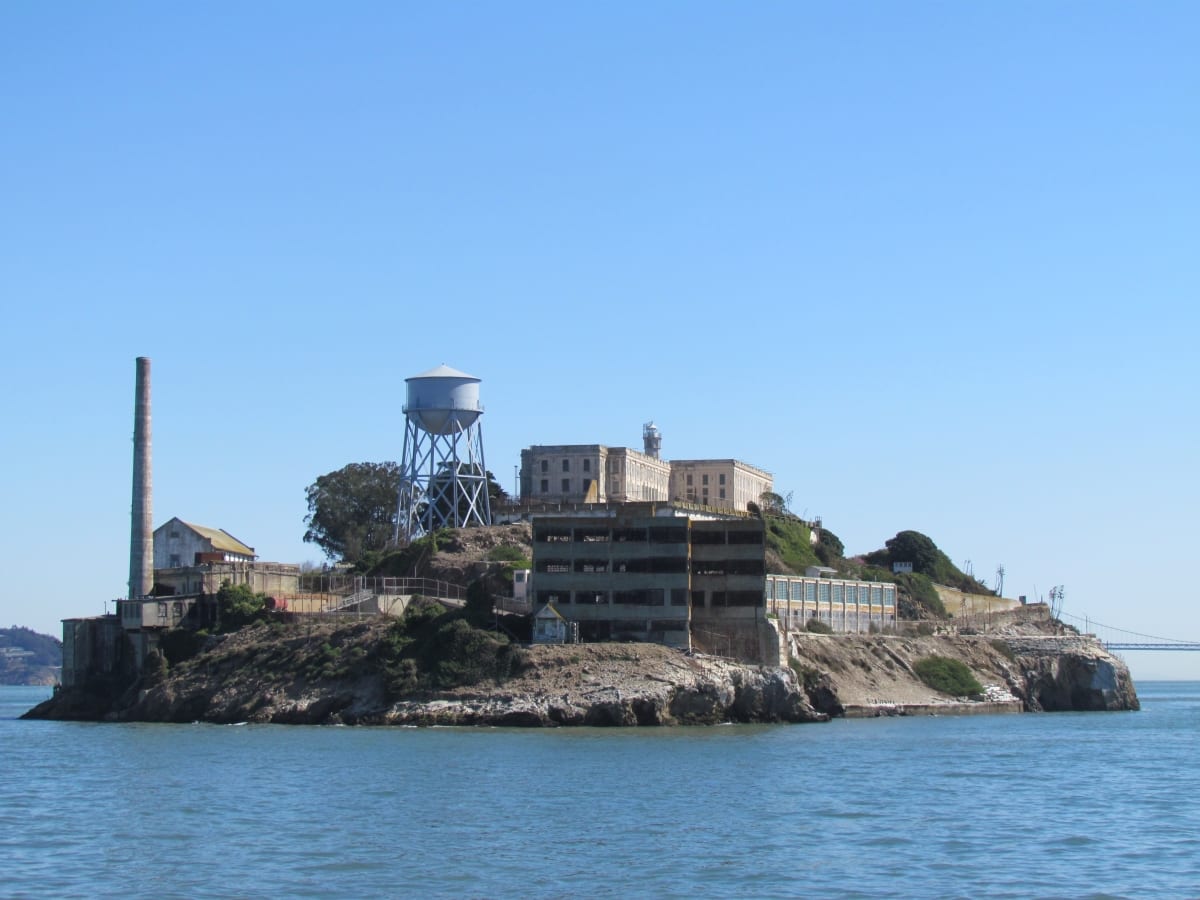 Historic Prisons From Around The World: Alcatraz, San Francisco, California

2. Tower of London, England – The Tower of London is a historic castle on the north bank of the River Thames. The castle along with the neighboring Tower Bridge are among the most visited monuments in London and even in the entire world. The Tower of London served as a prison from 1100 till 1952, and was the most important royal prison in the country during medieval times. The former prison is now a UNESCO world heritage site, and is often mentioned as the most haunted building in England, haunted by the ghosts of previous prisoners 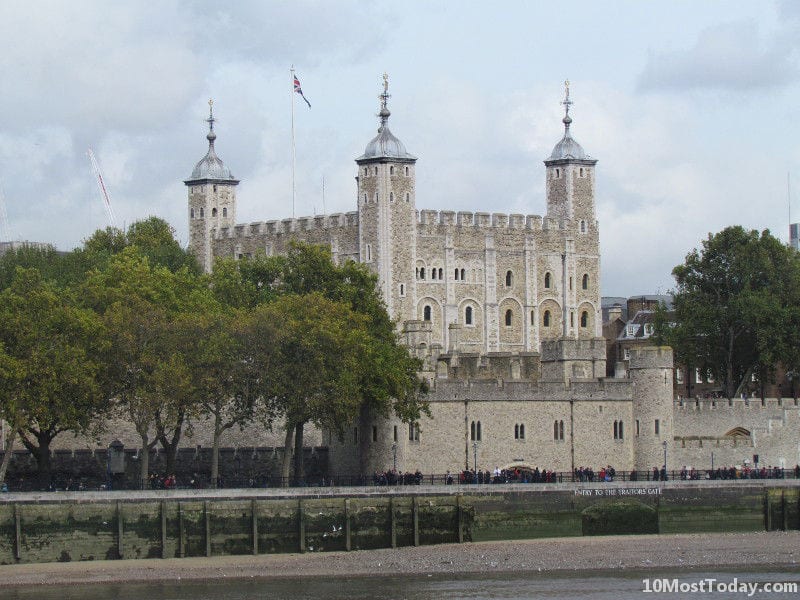 Historic Prisons From Around The World: Tower of London, England

3. Chateau d’If, France – Chateau d’If was originally a fortress which became a prison in the mid 17th century. It is located on a small island about a mile offshore from Marseille. Much like Alcatraz, its isolation on an island made it ideal for escape-proof prison, and during the years several thousands political and religious prisoners were sent to the notorious jail. The place is most famous for being one of the settings of Alexandre Dumas’ novel The Count of Monte Cristo. Today Chateau d’If is open to the public and can be reached by a boat from Marseille 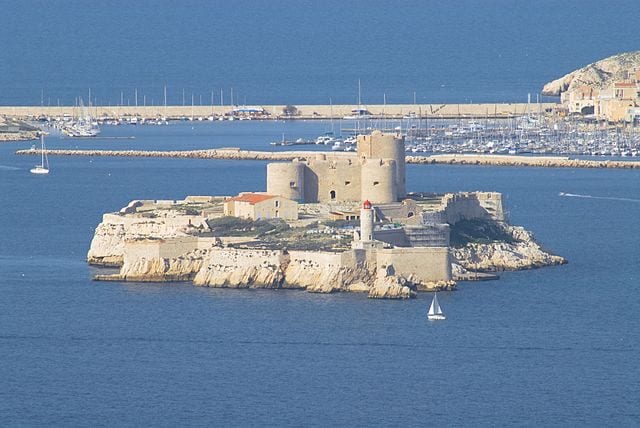 4. Kilmainham Gaol, Ireland – Kilmainham Gaol was built in 1796 and was used as a prison until 1924. The prison had no segregation between the prisoners so men, women and children were incarcerated together and up to 5 in cell. Many Irish revolutionaries, including the leaders of the 1916 Easter Rising, were imprisoned and executed in the prison by the British, and the place remains one of a national importance. Today, the notorious prison in Dublin is a museum for Irish history, and is considered to be one of Dublin’s best museums. It is also the largest unoccupied prisons in Europe 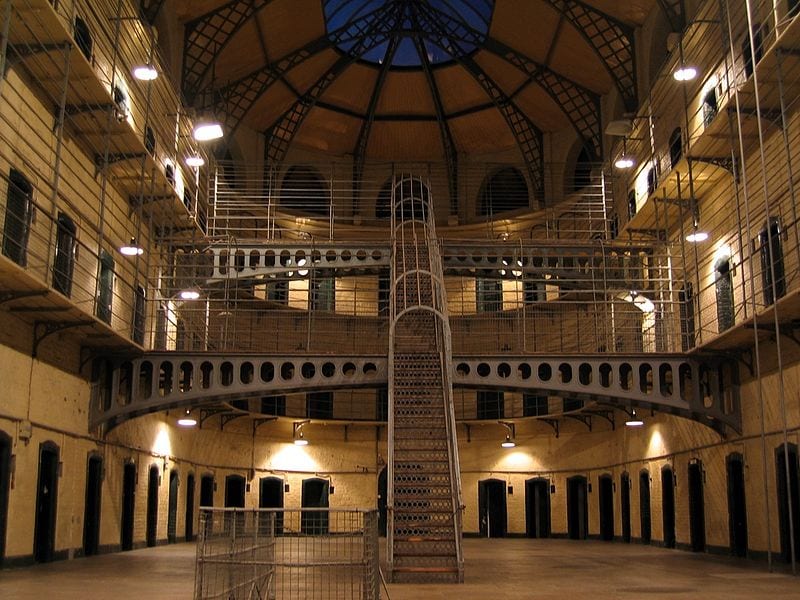 5. Robben Island, South Africa – Robben Island is a small island of the shores of Cape Town. The island served as a prison during South Africa’s apartheid regime. It was in this prison that the former president of South Africa Nelson Mandela was imprisoned for 18 years (out of a total of 27 years he was imprisoned). The island is a UNESCO World Heritage Site, and except for the historic importance, it is also an important breeding area for a large African Penguin colony 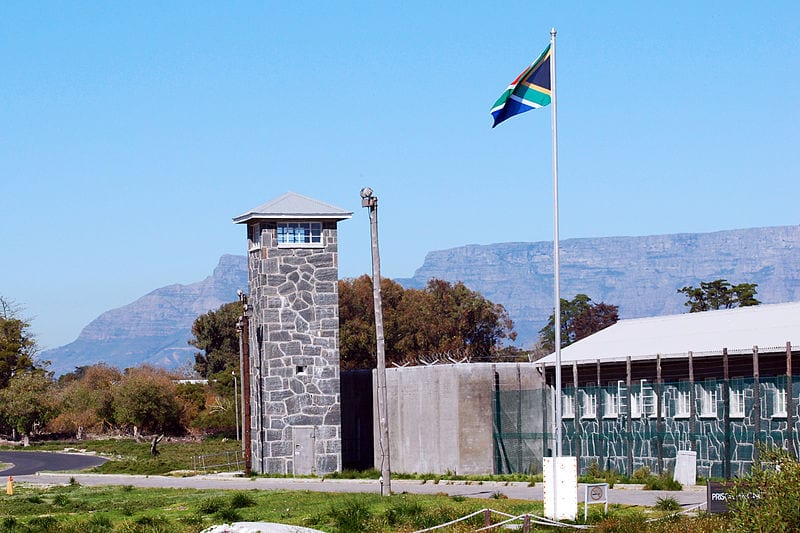 6. Devil’s Island, French Guiana – Devil’s Island, or the penal colony of Cayenne was a prison that operated from 1852, when the French empire was ruled by Napoleon Bonaparte till 1953. The prison was used by the French for exile of political prisoners. The most famous prisoner was Captain Alfred Dreyfus. Escape from the island was considered impossible as it was surrounded by piranha-infested rivers and the thick jungles of the South American country 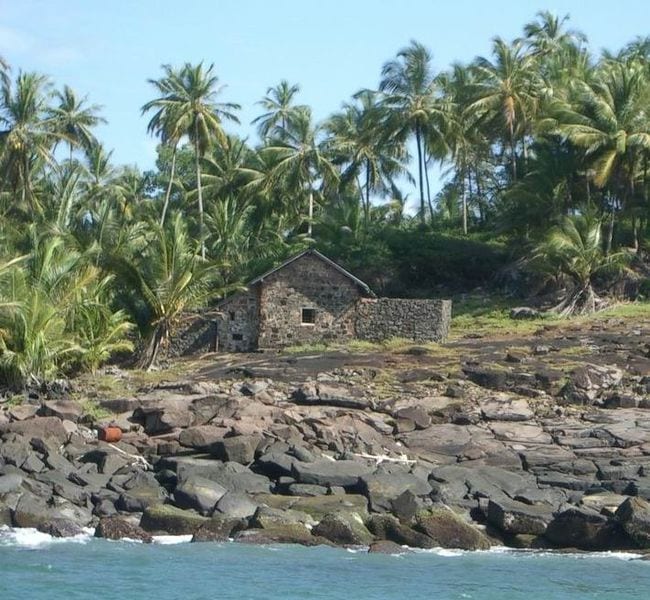 7. Port Arthur, Australia – Located on the Tasman Peninsula, Port Arthur served as a convict colony for the British Empire starting from 1833. Port Arthur Penitentiary was eventually abandoned in 1877, and today it is one of Australia’s most significant heritage areas and an open-air museum, as well as a UNESCO World Heritage Site 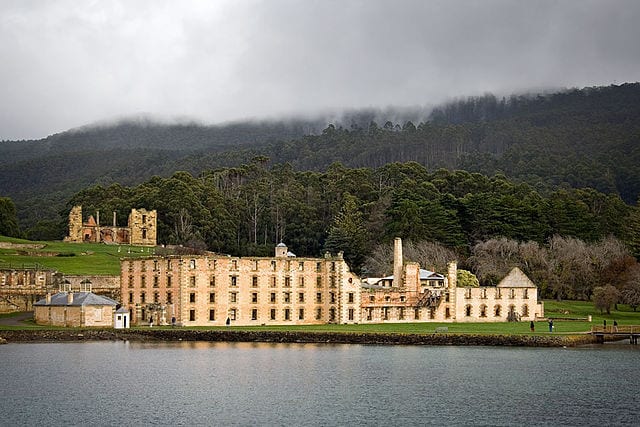 8. Hanoi Hilton, Vietnam – The Hoa Loa prison in Hanoi was built by France at the end of the 19th century to hold Vietnamese prisoners of political nature. Later, during the Vietnam war, the North Vietnamese Army used the prison to house American POWs, which sarcastically named the prison Hanoi Hilton. Incarcerated in the Hanoi Hilton included torture, starvation, and murder. Senator John McCain, vice admiral James Stockdale and colonel Bud Day are just a few of the prisoners who were imprisoned there. Most of the prison was demolished in the 1990s, but one part remained and now serves as a museum. The exhibits related to the American POWs contradict greatly the soldiers published memoires and reports, claiming that the prisoners were treated well and not harmed 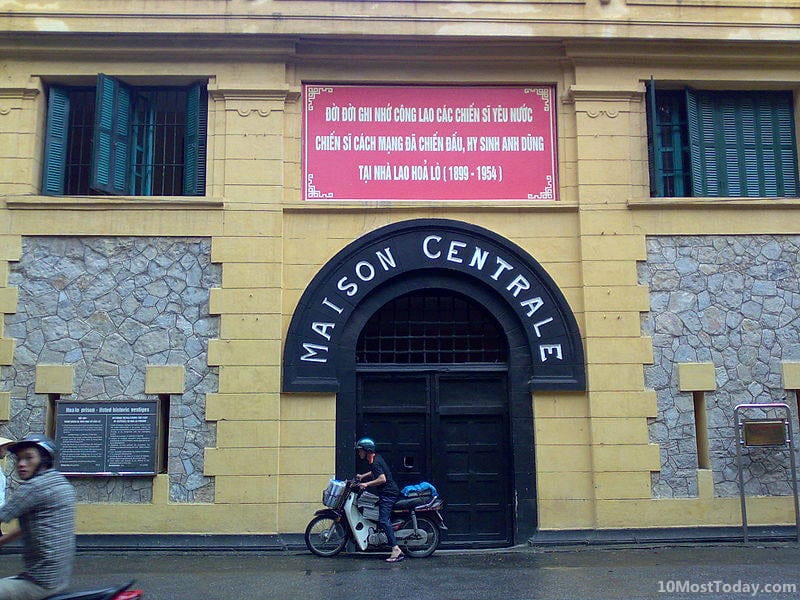 Historic Prisons From Around The World: Hanoi Hilton, Vietnam

9. Elmina Castle, Ghana – Elmina Castle was built by the Portuguese in 1482 as a trade settlement, but it later became an important stop on the Atlantic slave trade route, meaning it was a prison for slaves waiting to be sold. The Dutch took over Elmina Castle in 1637 but continued to use it for the same purposes. Today the castle is a popular historical site, and a UNESCO World Heritage Site. It is also the oldest European building in existence below the Sahara 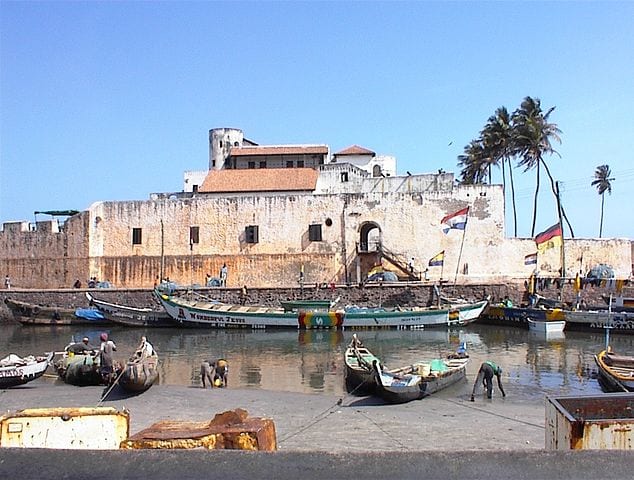 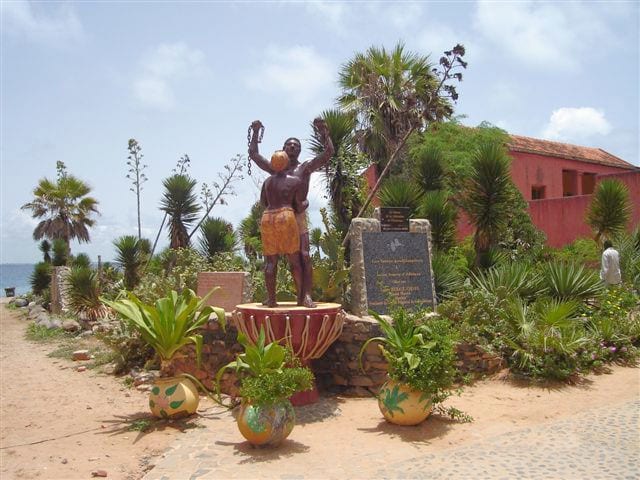 Historic Prisons From Around The World: House of Slaves, Goree Island, Senegal (Caro2000 from Quebec, Canada)