10 Most Bicycle Friendly Cities In The World 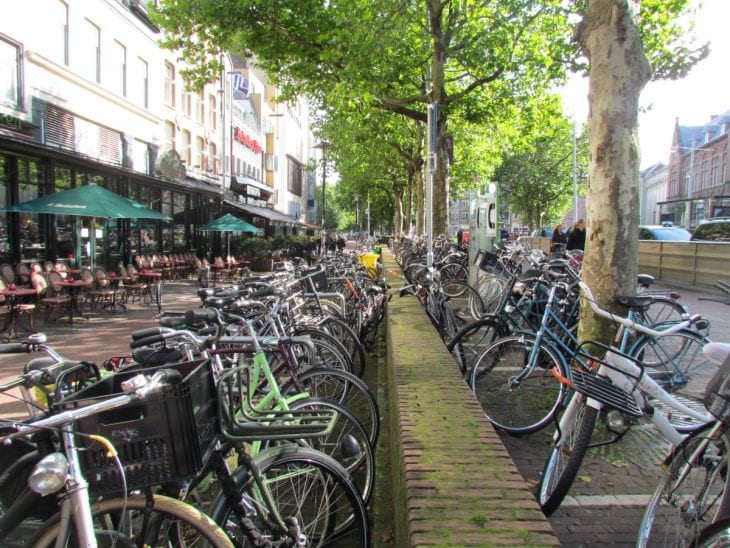 We define a city as bike friendly if the city offer bikers designated roads and bike racks well as an affordable and wide-spread rent service where every resident or tourist can rent a bike in one location and return them in another location, making the bicycles a true means of public transportation. A bike friendly city is also a city where a large percent of the population uses bicycles to get around, especially to and from work.

The most bicycle-friendly city in the world without a doubt is Amsterdam. The city offers over 400 km (248 miles) of bike paths as well as many bike racks. In the inner city, over 60% of trips are made by bicycles, and even the police patrols the city on bikes. There are over 1.2 million bicycles in Amsterdam – more than the number of citizens. Click here for the best attractions in Amsterdam 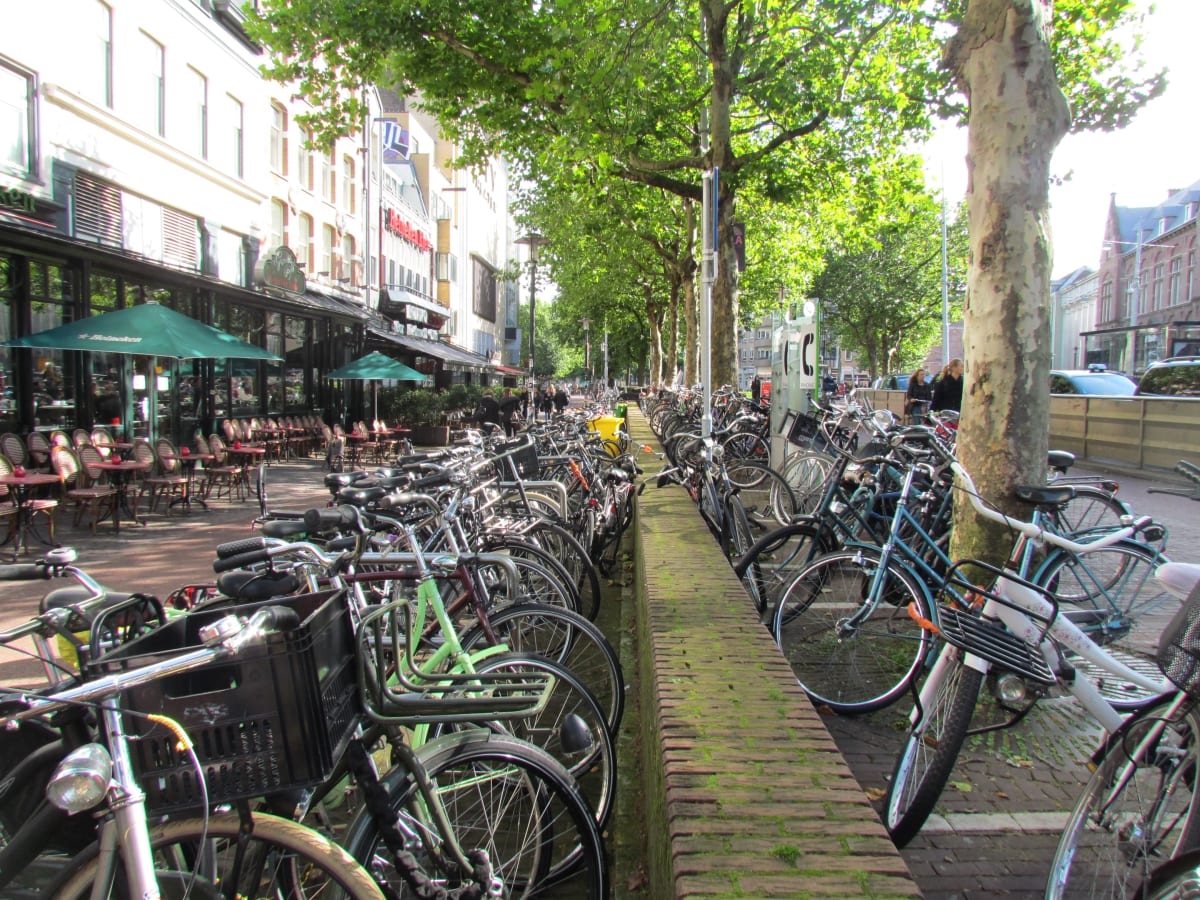 Bicycles in Amsterdam – a bicycle-friendly city

Copenhagen like Amsterdam is known world wide for being a bicycle-friendly city. It too has flat terrain with over 400 km (248 miles) of bike-only paths. It is estimated that close to 50% of the citizens in Copenhagen use bikes to get to work or school, covering a total distance of 1.2 million km (0.75 million miles) every single day! The city also offers a bicycle sharing system called Bycykler København (Copenhagen City Bikes) which was launched as early as 1995! 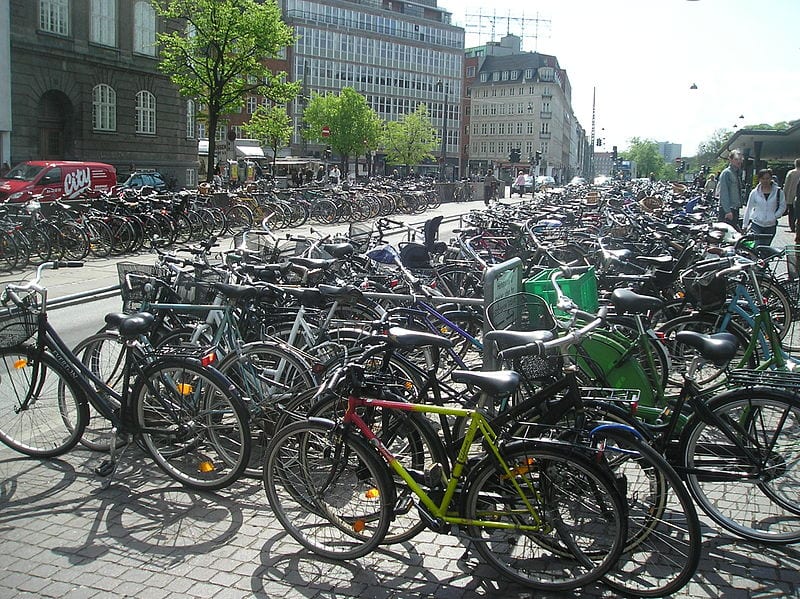 Paris offers more than 440 km (270 miles) of cycling routes as well as a system of rental bikes free service called Vélib’. The system includes over 18,000 bicycles spread over 1,230 stations across Paris and its surroundings. As of 2011 there are over 85,000 rides every day. Click here for the best attractions in Paris 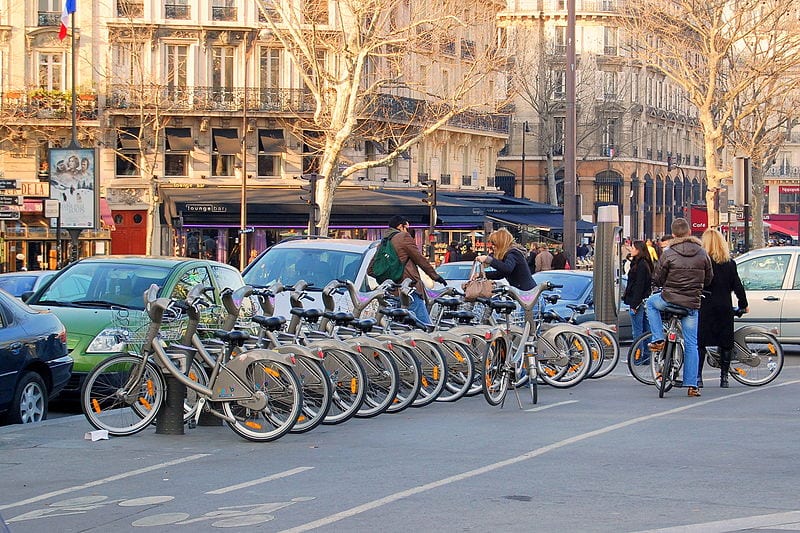 In Berlin you will find over 620 km (390 mi) of bike paths, as well as a public bicycle sharing system called Call a Bike. As of 2009, over 13% of the traffic of Berlin was by bike, with over 500,000 Berliners riding every day. Click here for best attractions in Berlin 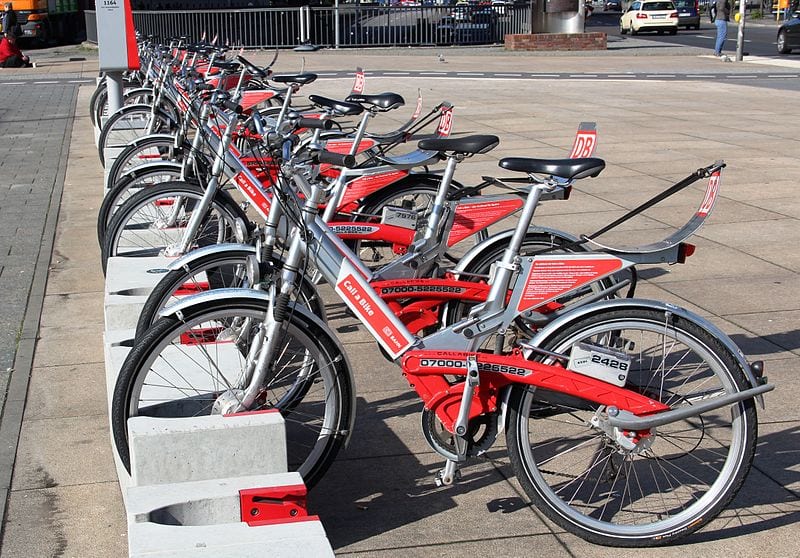 More than 350 km (217 miles) of bike paths are available in Montreal and its surroundings, as well as the Bixi Montreal bicycle sharing system 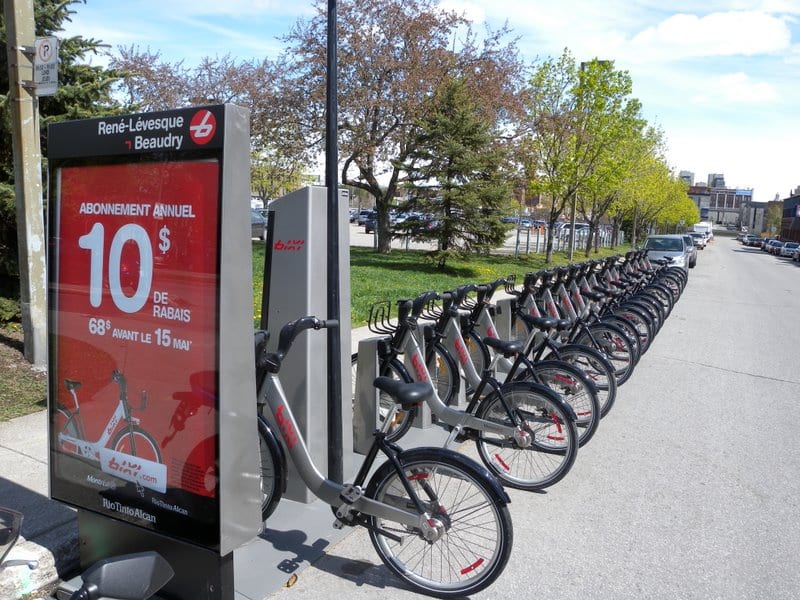 In Barcelona you will also find bike paths wherever you go, and like other cities on this list, Barcelona also offers a bicycle sharing system called Bicing which offers 6,000 bikes in 420 stations all over the city. Click here for the best attractions in Barcelona 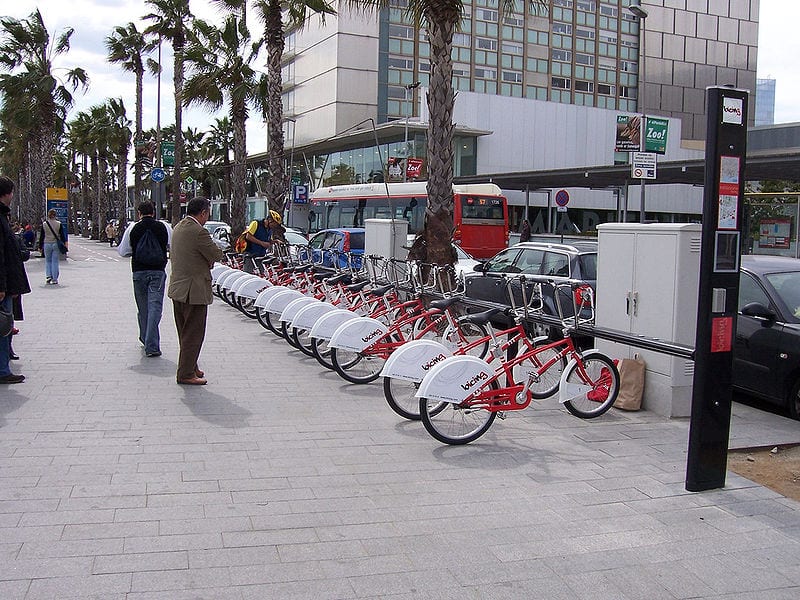 Tel Aviv is a fast growing bicycle city with over 100 km (62.1 mi) of cycling paths and a bicycle sharing system called Tel-O-Fun, offering more than 150 stations in the Israeli city. More than 12% of the residents of Tel Aviv travel to work by bike and take advantage of the city’s flat terrain and great weather 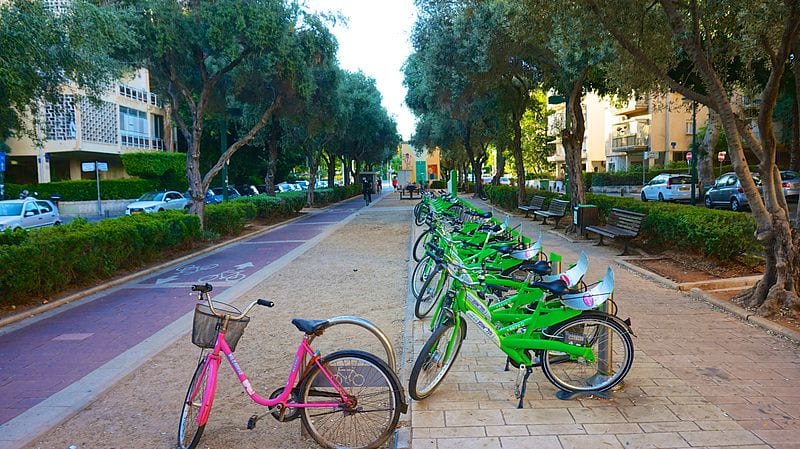 Budapest offers around 180 km (111 miles) of bicycle paths and many use these paths to cycle to work. The city’s bicycle sharing network is called BuBi and offers over 70 stations all over the city. Click here for the best attractions in Budapest 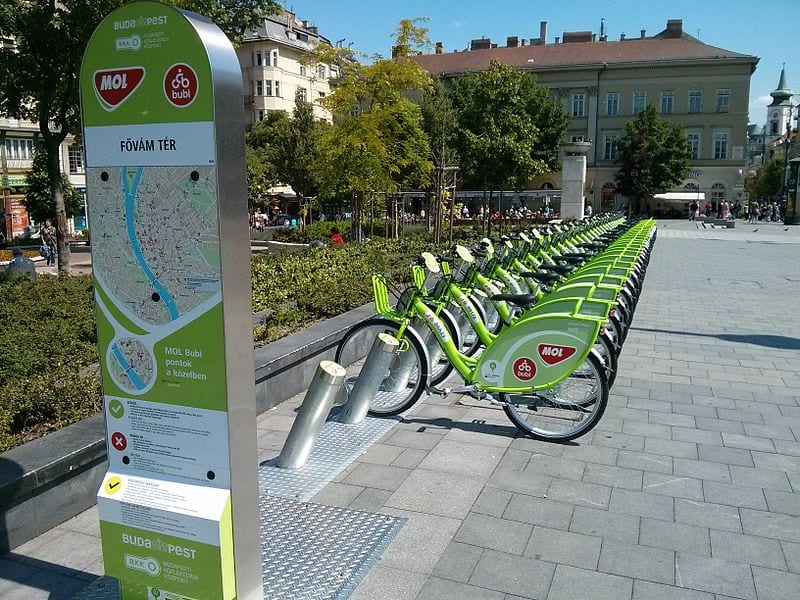 BuBi station in the bicycle-friendly city of Budapest (source: Gyetvate)

Rio de Janeiro has 160 km (99 mi) of bicycle paths that, most of which are alongside beaches and popular attractions. The city also has a bicycle sharing system called Bike Rio that was launched in 2011 and offers 60 rental stations throughout the city 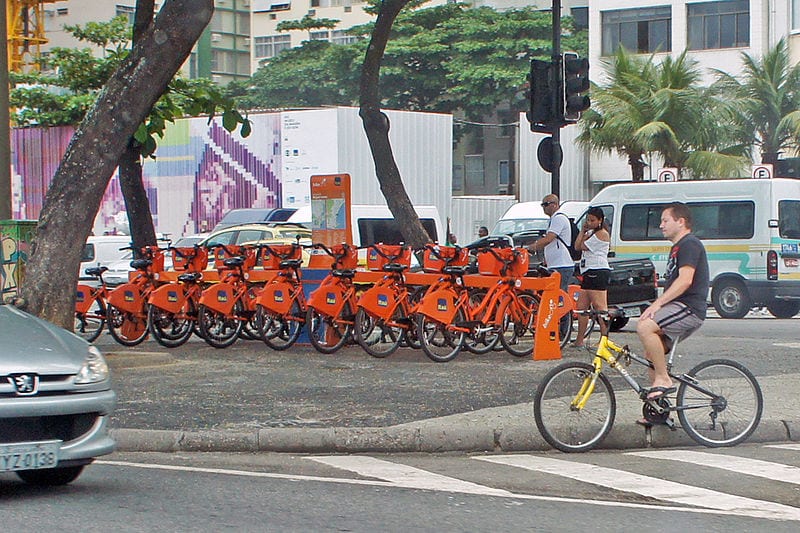 Large numbers of cyclists can be seen on almost every road in Beijing, and most roads have a dedicated lanes for bicycles. The city has a bicycle sharing network but it’s not yet widespread over the entire city 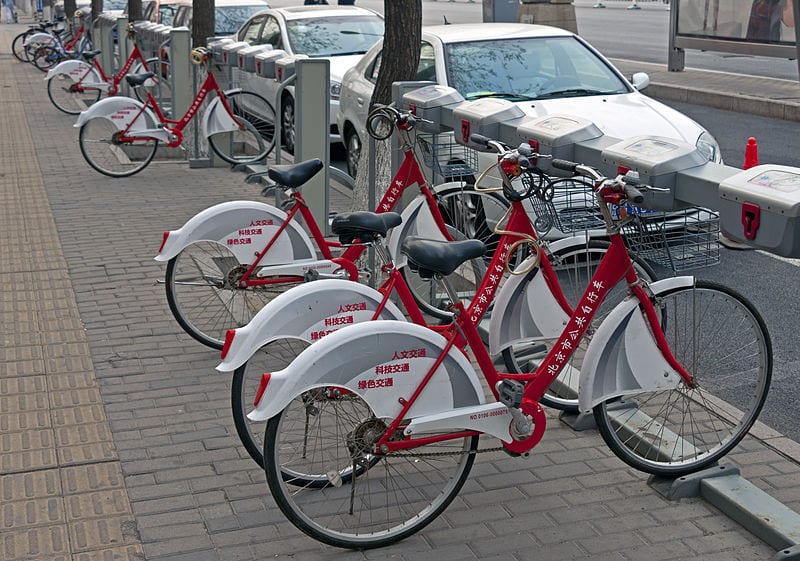 10 Most Awesome Restaurants In...