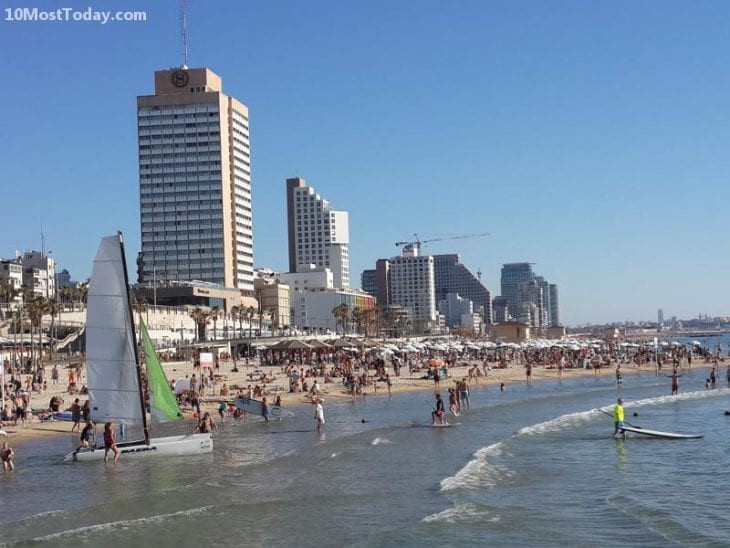 Tel Aviv is located in central Israel, on the beaches of the Mediterranean. The city which is often referred as the one sane place in the entire middle east, is the financial, commercial and cultural center of the country. It has a world famous night life, great beaches, renowned restaurants and an altogether great and inviting atmosphere with the buzz of a big city. Tel Aviv is a cosmopolitan city and is one of the most gay friendly cities in the world, with numerous gay bars and clubs, gay magazines and a world famous annual gay parade

A panoramic view of Tel Aviv from the sea 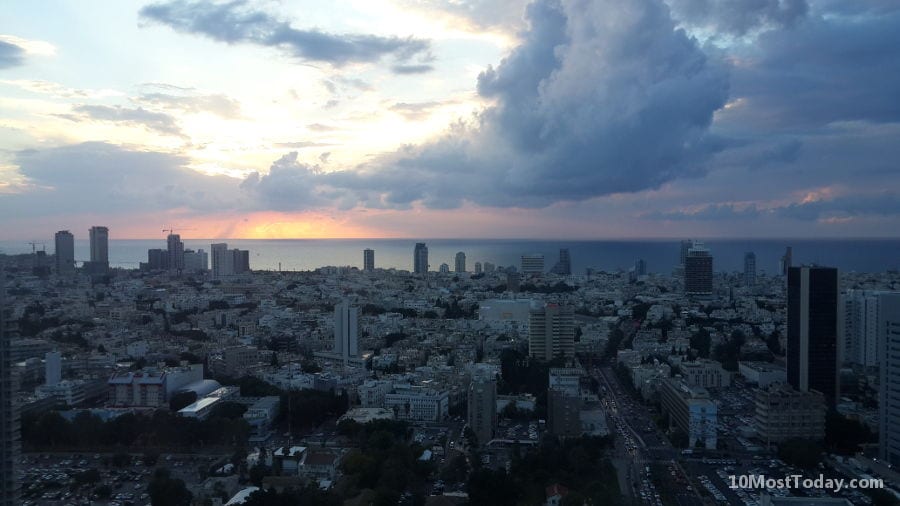 Tel Aviv at sunset. Tel Aviv is the financial, commercial and cultural center of the country

1. The beaches and the promenade

Tel Aviv resides on the Mediterranean, and its beaches are one of its best features. During the summers, from sunrise till well after dark, the white sand beaches are always packed with people. Some relax and sunbath on the sand or in coffee shops, while other bath and swim in the warm water or play volleyball and other sports. Sea kayaking and wind surfing is also available. After dark, you can enjoy a drink on the beach, play volleyball or footvolley and more. The city also has a long promenade, a walkway along all of its coastline, with a walking trail and a cycling trail 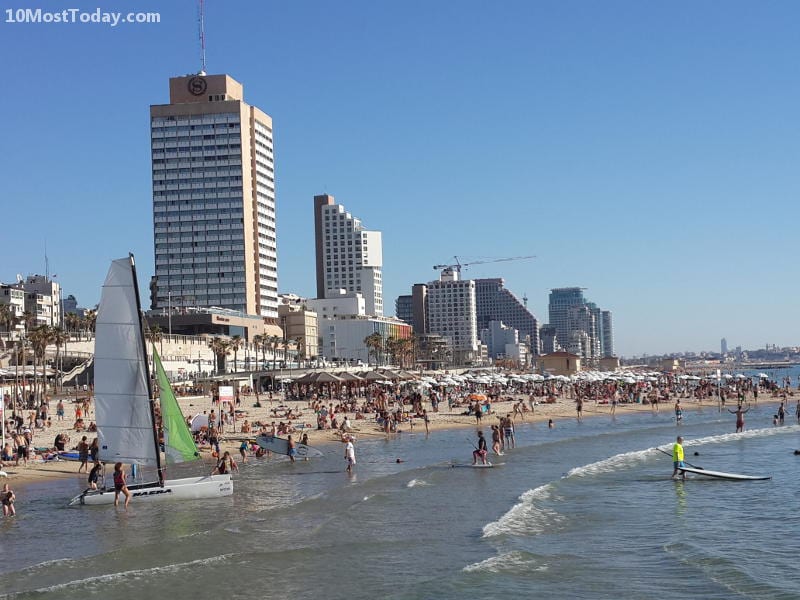 Best Attractions In Tel Aviv: The beaches and the promenade 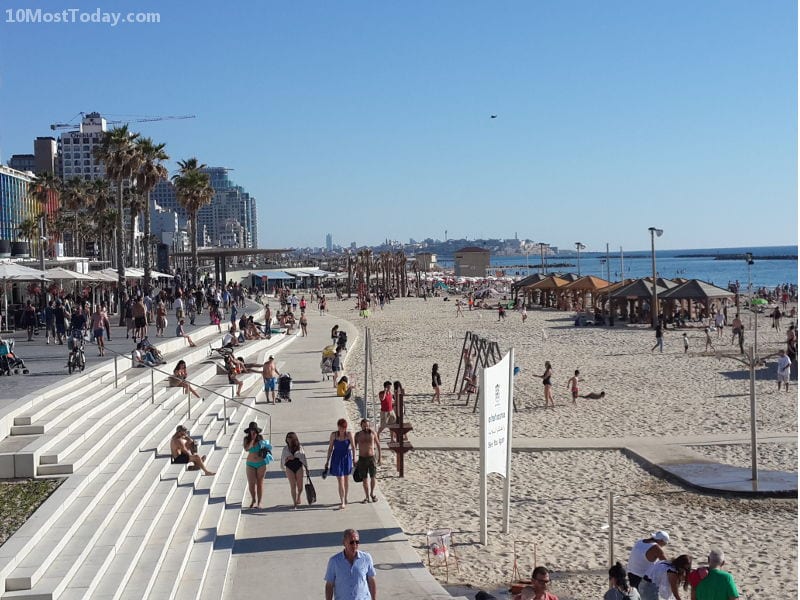 Best Attractions In Tel Aviv: The beaches and the promenade

2. The White City and Bauhaus Architecture

The White City refers to a collection of over 4,000 buildings in Tel Aviv that were built in the 1930s in a unique form of the Bauhaus or International Style. This collection of buildings is now a UNESCO world heritage site. Walk the streets of the city center and admire the beautifully restored buildings. Make sure to walk through Rothschild Boulevard – one of the most important, beautiful and vivid boulevards in the city, home to many restored Bauhaus buildings (and where the country was announced in 1948), and Bialik Square – a small and somewhat hidden square, but without a doubt one of the most beautiful squares in the city 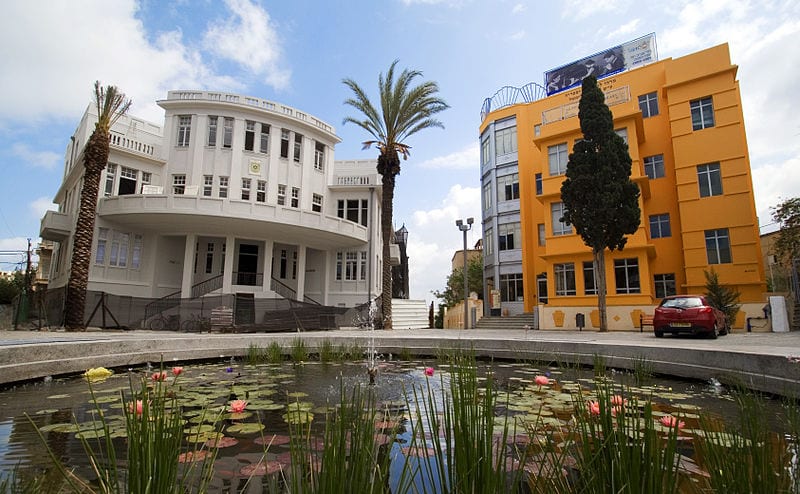 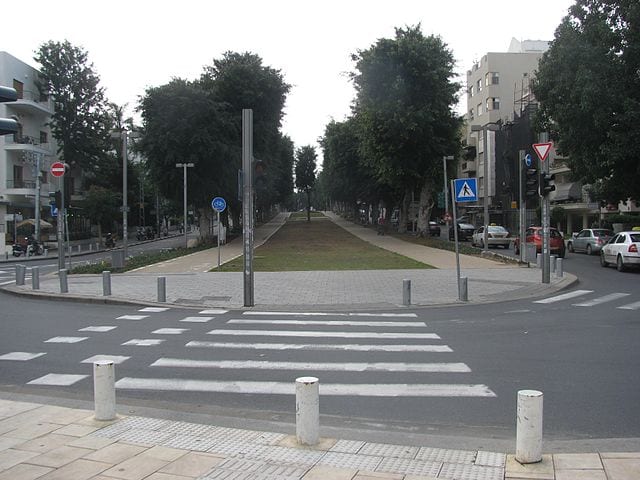 Unlike Tel Aviv that is just over 100 years old, the old city of Jaffa, which is adjacent to Tel Aviv (and municipality part of it) traces its roots to biblical times and possibly even before. The old city of Jaffa has a unique charm. Enjoy the small streets and shops, eat Hummus, visit the Clock Tower and the flea market (Pishpeshim market), and go to Jaffa Hill for a wonderful view of the entire shores of Tel Aviv 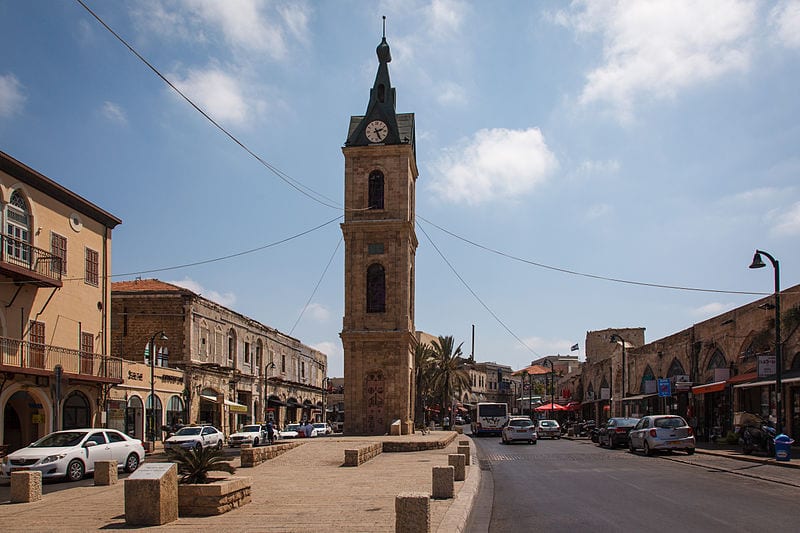 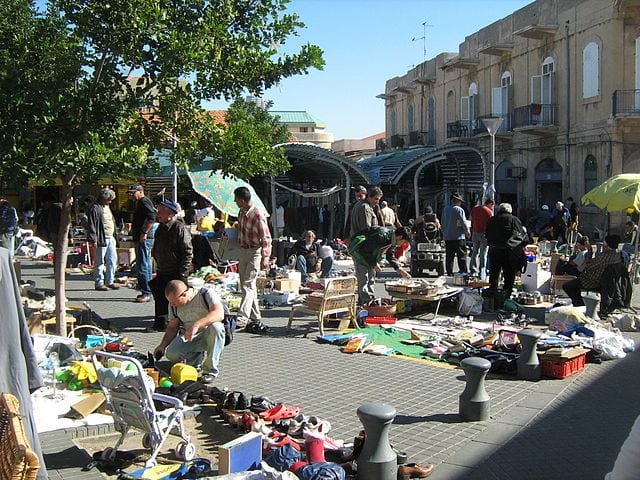 Located next to old Jaffa, Neve Tzedek is the oldest and most beautiful neighborhood in Tel Aviv. It’s easy to fall in love with the quite narrow streets, filled with galleries, restaurants and bars. Neve Tzedek is also home to the Suzanne Dellal Center – the most important dance establishment in the country offering a wide selection of festivities and events year round 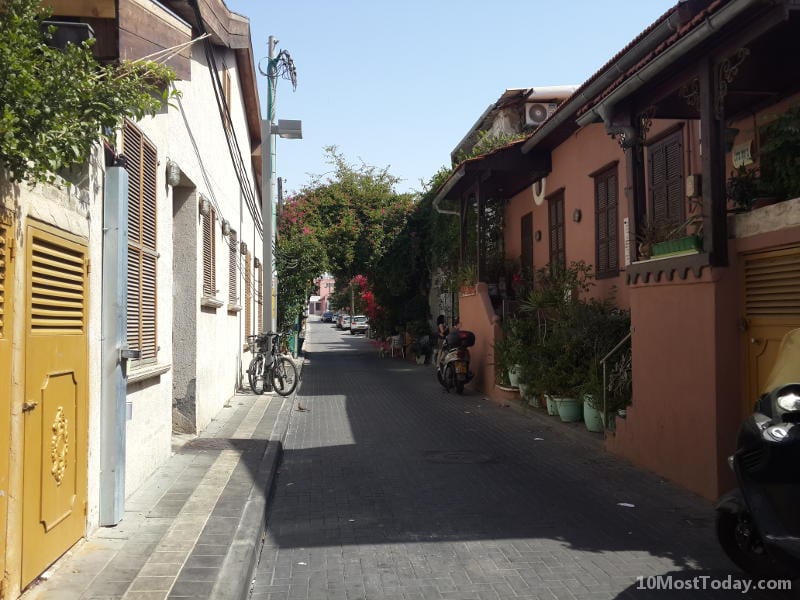 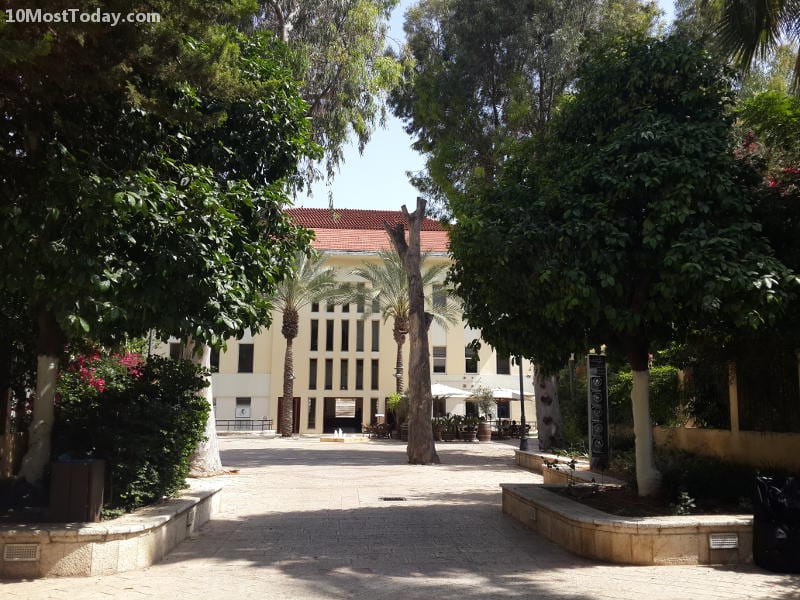 The Carmel market is opened Sunday-Friday and offers fruit, vegetables and other food products, as well clothing, accessories and even flowers. Enjoy the local goods and haggling the prices with the vendors. Nachlat Benyamin is the adjacent street, which on Tuesdays and Fridays is closed to vehicles and becomes a Pedestrian only zone, hosting a market of independent artists and vendors that sell their unique crafts, art and jewelry 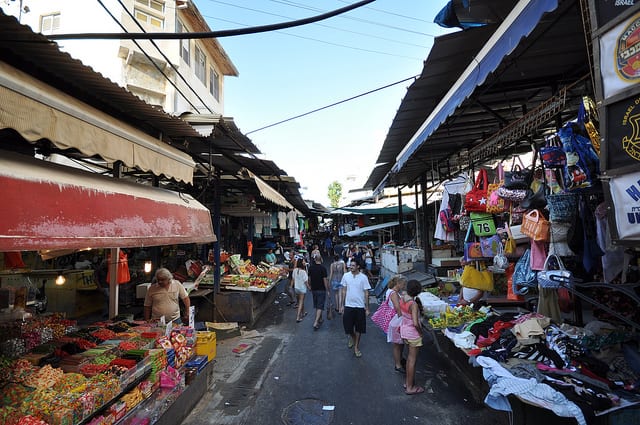 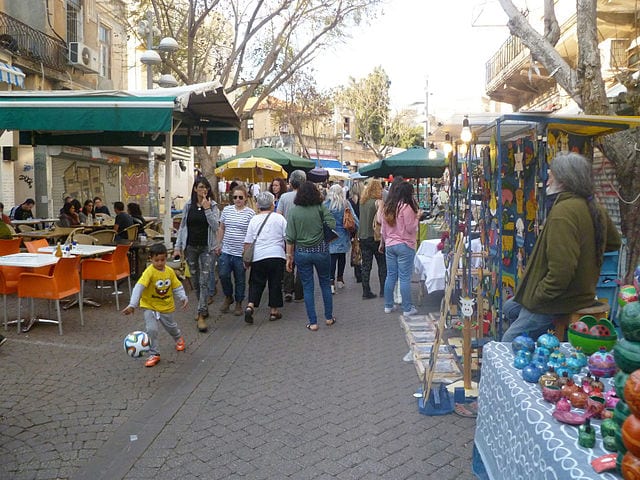 The port of Tel Aviv is not an active port, but rather a center with restaurants, coffee shops, bars and clubs, shops and a wonderful farmers market. The port is located between two parts of the walkway, and connected to the Yarkon park, so it’s always filled with people jogging and cycling. It has a wonderful view of the sea and it’s a great place to relax, have something to eat and enjoy the atmosphere 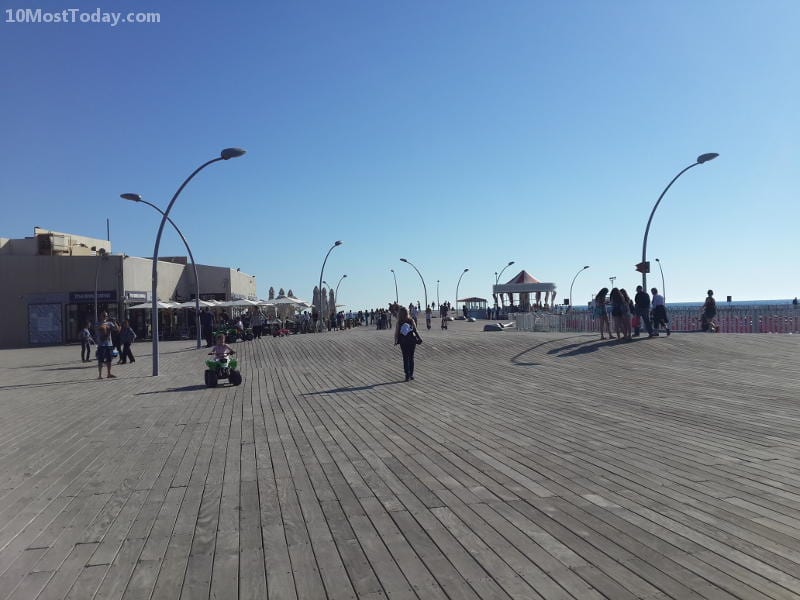 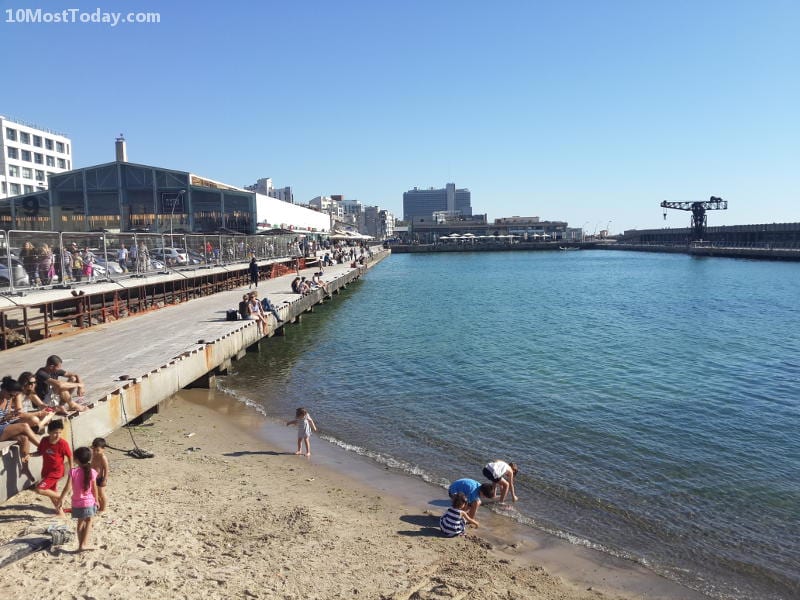 If you love art than you’re encouraged to visit the Tel Aviv Museum of Art. The museum holds a large and comprehensive collection of classical and contemporary art, especially Israeli art 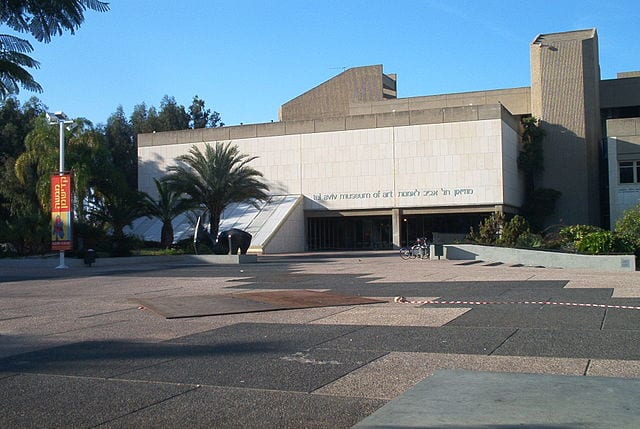 Located next to old Jaffa and Neve Tzedek, the Jaffa Railway Station was the first railway station in the Middle East, opened in 1892 and remained active till 1948. The station served the Jaffa – Jerusalem railway. In 2009, after several years of restoration, the station reopened under the name haTachana (“the station”) as an entertainment and leisure venue. The area now includes 20 restored structures along with 2 fully restored railroad cars, and many shops, restaurants and bars. It also hosts festivals and other events. A similar project was done in the other end of this historic railway, in Jerusalem 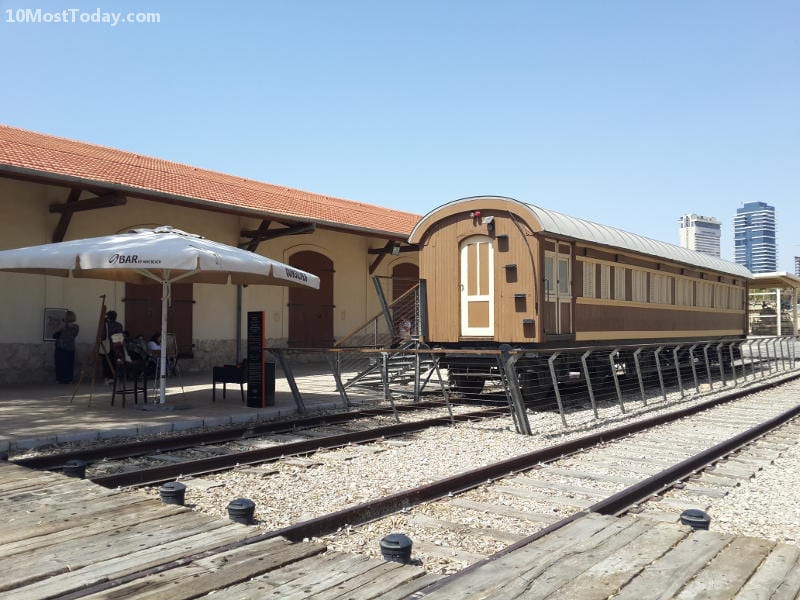 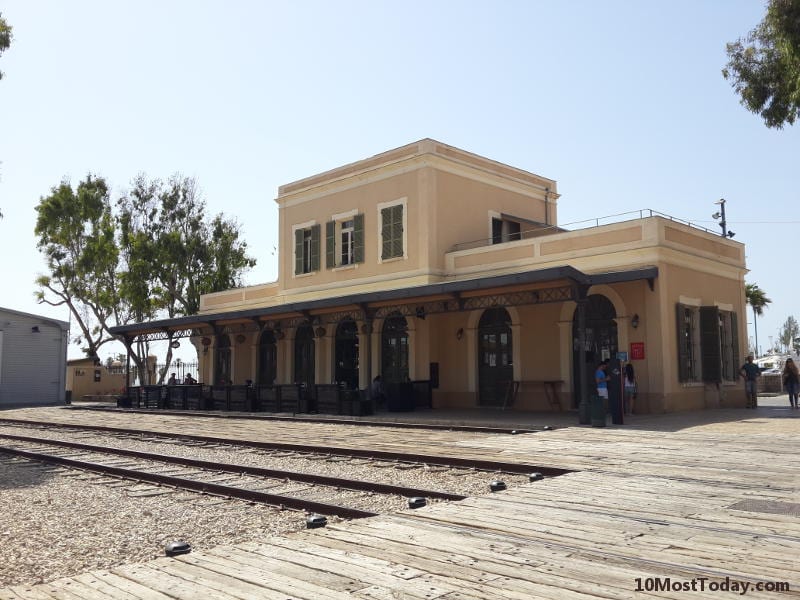 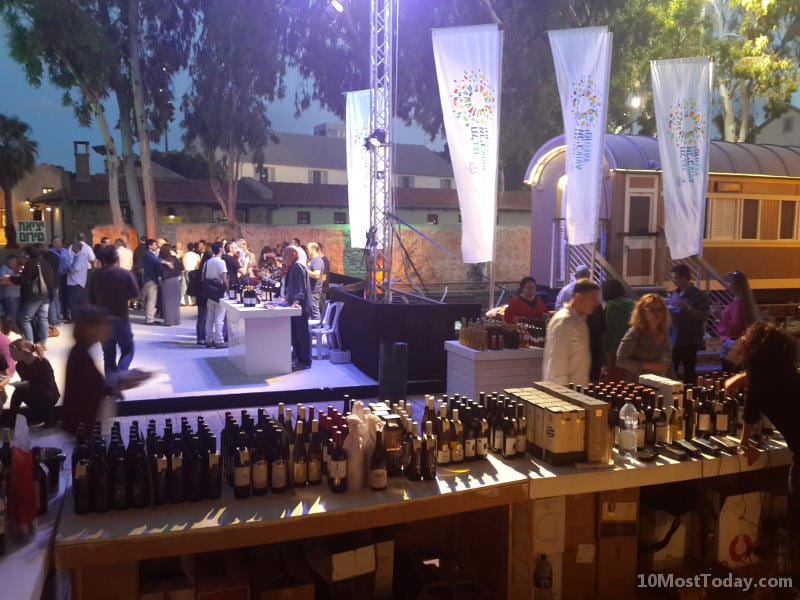 A wine festival at the Jaffa Railway Station (haTachana)

A large public urban park located near the port with 16 million visitors annually. The park is situated along the Yarkon River and includes extensive lawns, sports facilities, sports courts, botanical gardens, an aviary, a water park, outdoor concert venues and lakes. This big green lung in the middle of the busy city is always packed with joggers, cyclists and other visitors just taking a break from the loud urban noises and skyscrapers views and replacing them with views of paddle boats and sounds of singing birds 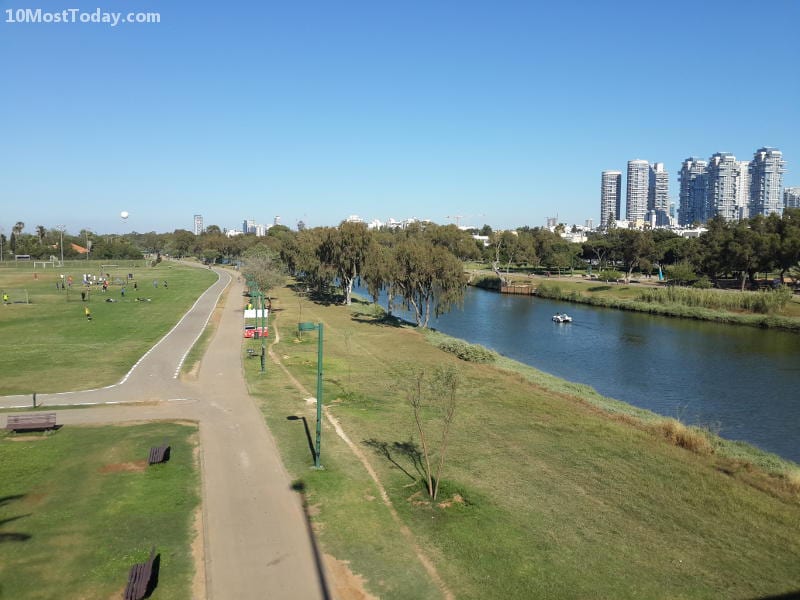 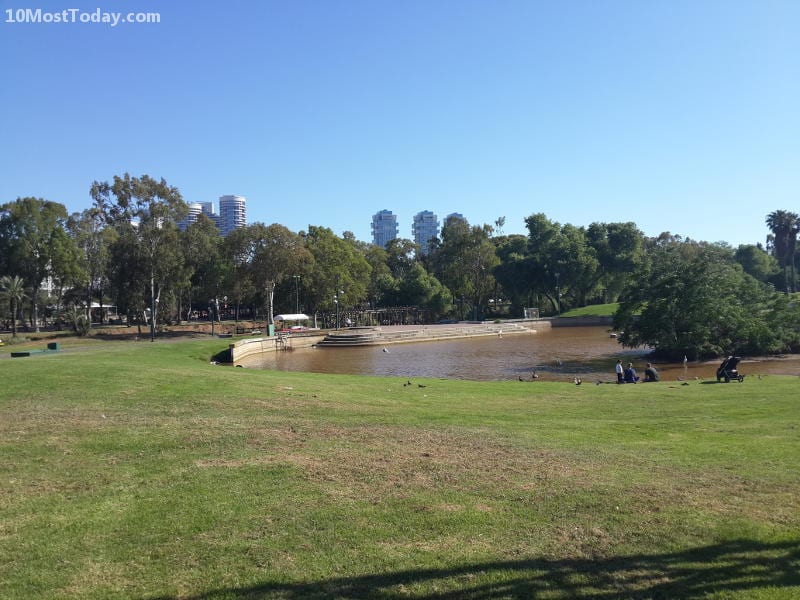 The nightlife scene in Tel Aviv is the best in Israel. There are many places to have a drink or go dancing, and many restaurants and cafes that stay open till very late at night, or even open 24 hours. Bars are scattered throughout the center of the city. The major nightlife areas that include clubs are the port and Alenby Street, and large concentrations of bars could be found in Rothschild Boulevard, Hayarkon Street, Ibn Gabirol Street and Dizengoff Street 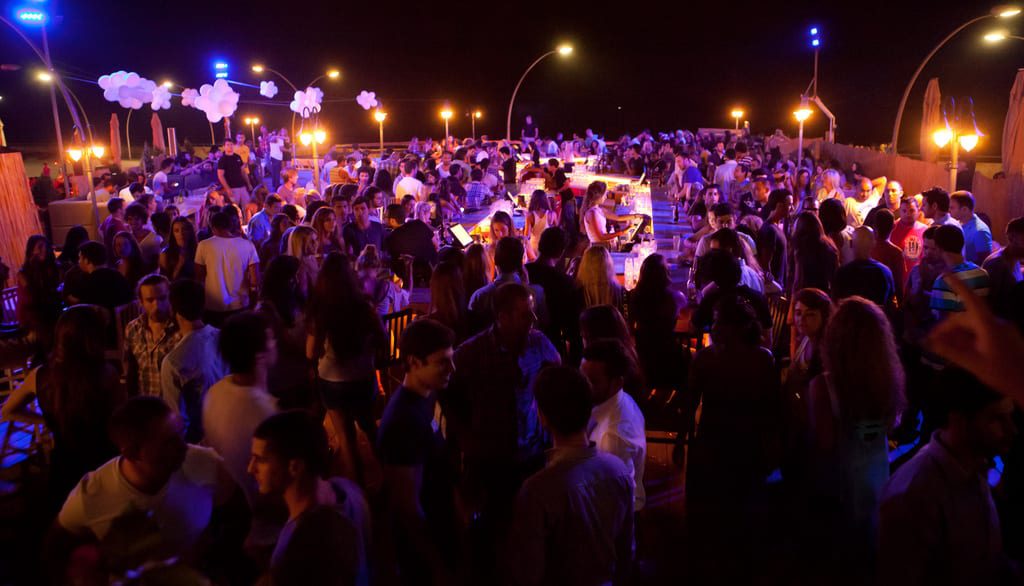