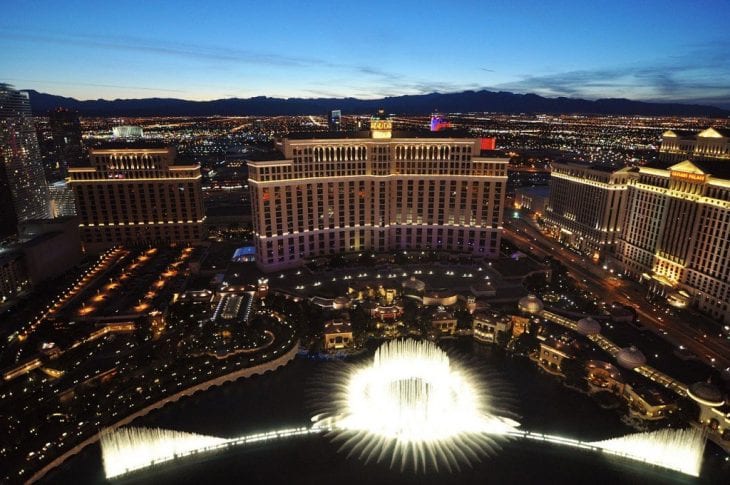 The Fountains of Bellagio are huge fountains located on a manmade lake in front of the Bellagio hotel. The fountains feature a vast choreographed water performances set to light and music. The performances take place in front of the Bellagio hotel and are visible from the strip. The show takes place every 30 minutes in the afternoons and early evenings, and every 15 minutes from 8 pm to midnight. The fountain display is choreographed to various pieces of music, including “Time To Say Goodbye”, “Your Song”, “Viva Las Vegas”, “Luck Be a Lady”, and “My Heart Will Go On”. 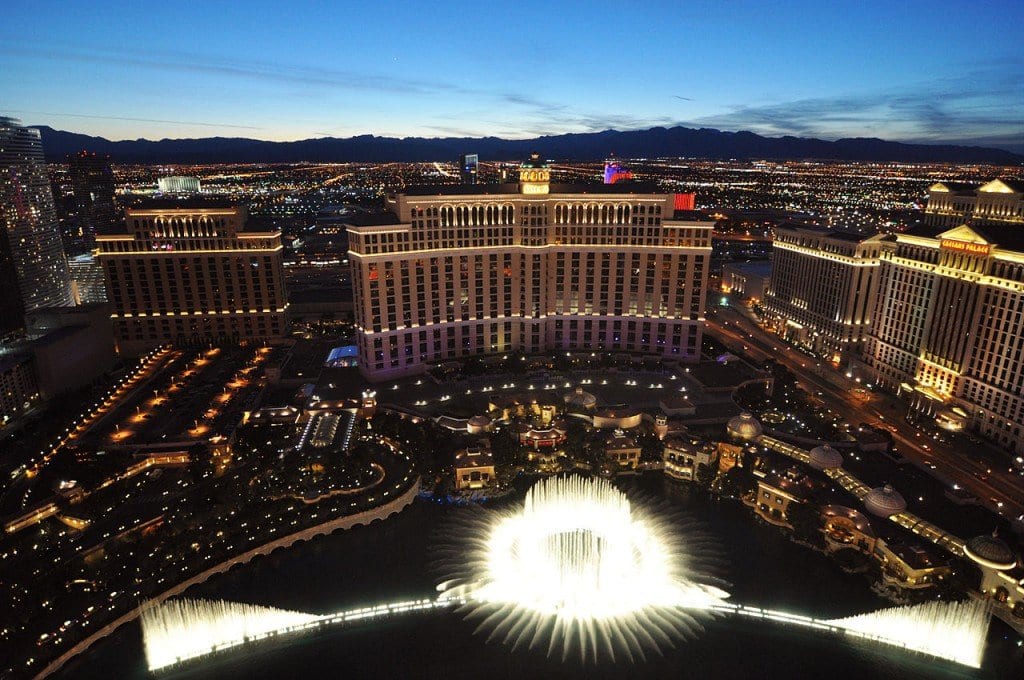 Trevi Fountain, or Fontana di Trevi, is a one of the world’s most famous fountains, located in the Trevi district in Rome. It is 26.3 metres (86 ft) high and 49.15 metres (161.3 ft) wide. It is the largest Baroque fountain in the city and one of the most famous fountains in the world. According to the famous legend, if you throw a coin into the Trevi Fountain, you will return to Rome. 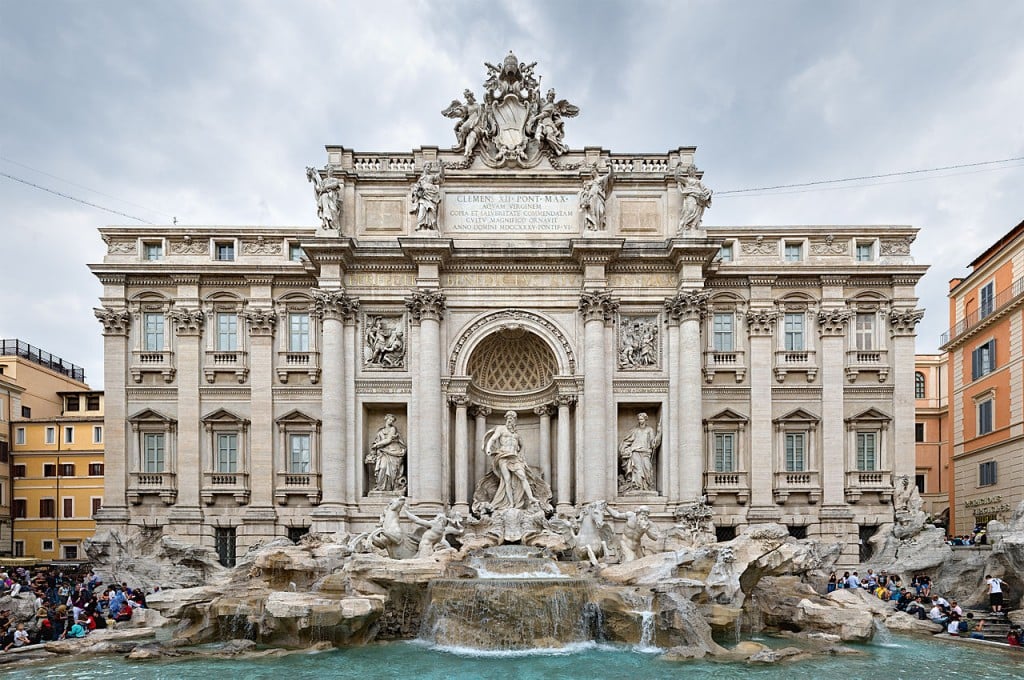 A fountain located in the Montjuïc neighborhood of Barcelona. The fountain was constructed for the 1929 Barcelona International Exposition. At that time it performed only light shows. In the 1980s, music was incorporated with the light show and the fountain was completely restored prior to the 1992 Summer Olympics, held at Montjuïc. During the performances, the area is crowded with thousands of tourists with cameras. 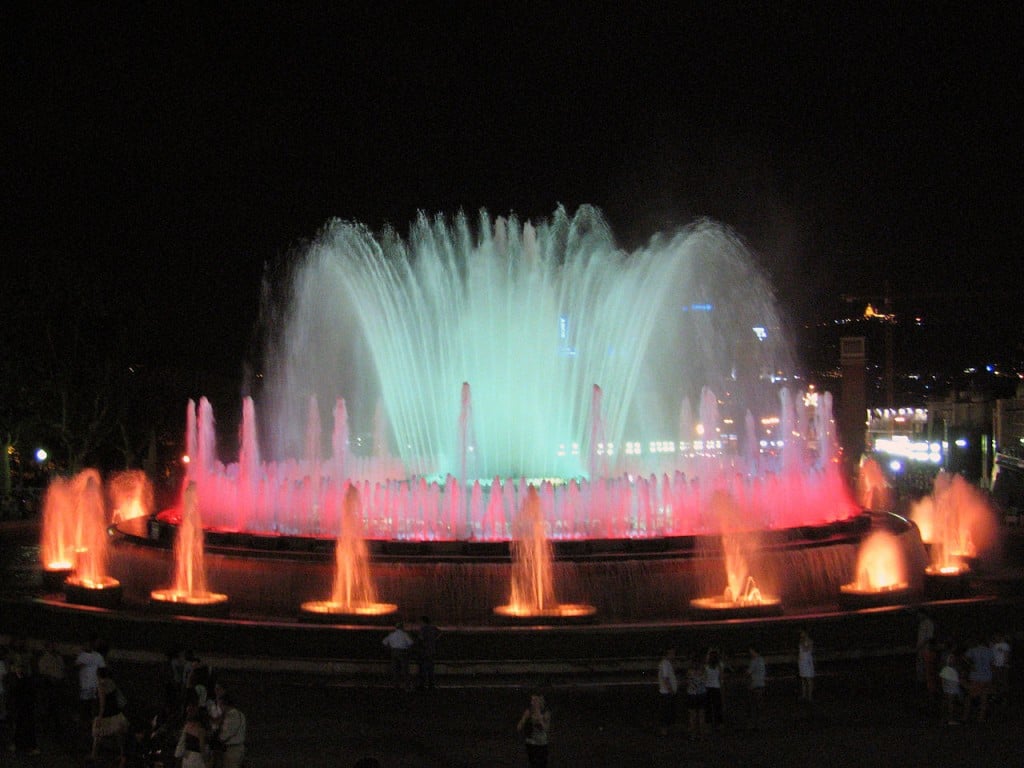 The Fountain of Wealth is located in one of the largest shopping malls in Singapore called Suntec City. It is the World’s Largest Fountain according to the Guinness Book of Records. During certain periods of the day, the fountain is turned off and visitors are invited to walk around the mini fountain located in the center of the fountain to collect coins for good luck. During the night, the fountain is the setting for laser performances, as well as live song and laser message dedications between 8pm to 9pm daily 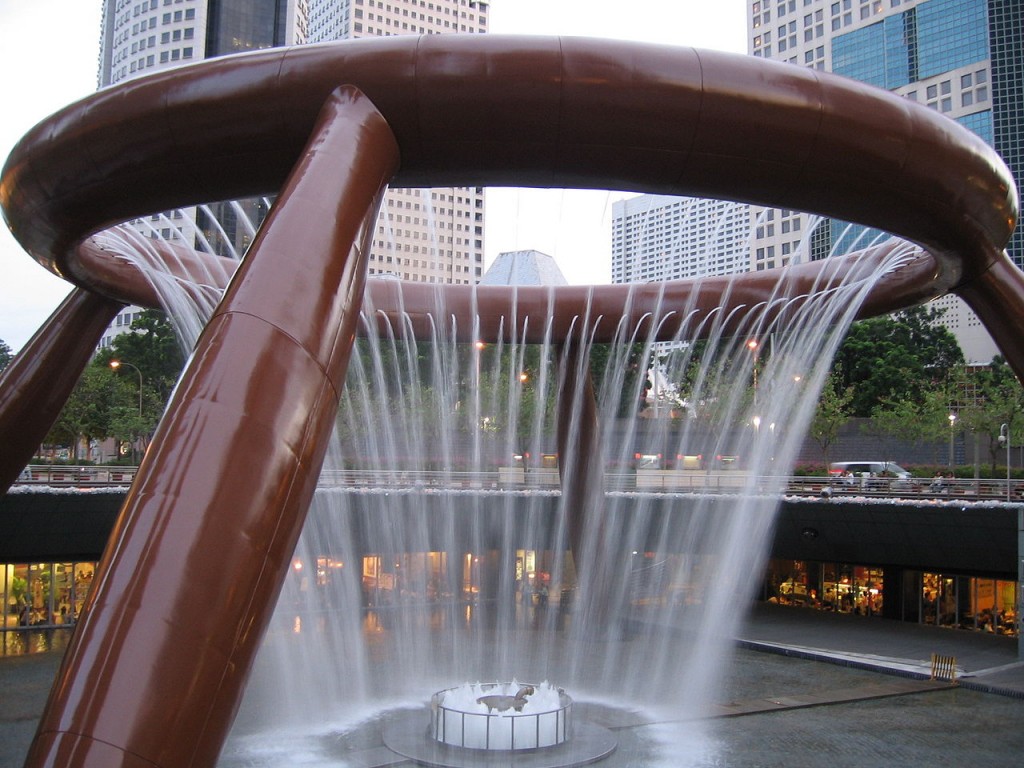 The fountain is one of the main features in the All-Russian Exhibition Center. The fountain contains 16 gilded statues, representing the Republics of Soviet Union. 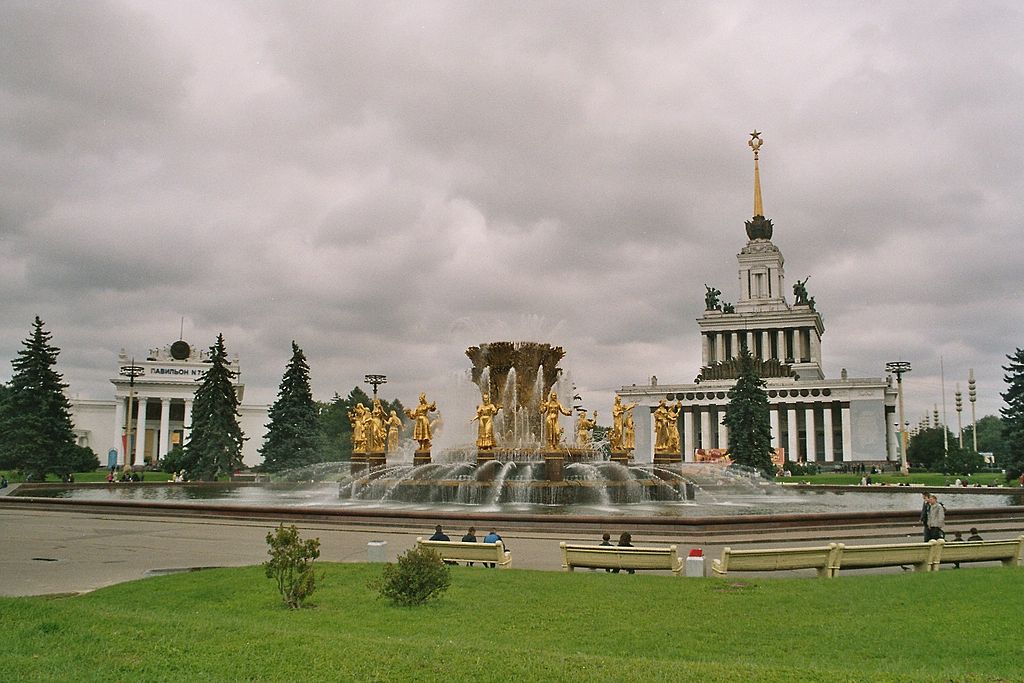 Most Famous Fountains: Friendship of the Peoples Fountain, Moscow

Also known as Fontana dell’Ovato, this fountain is located in Villa d’Este, Tivoli. The fountain cascades from its oval-shaped basin into a beautiful pool. The entire Villa was declared a UNESCO world heritage site. The fountain and beautiful surrounding gardens are one of the most popular destinations for one day trip from Rome. 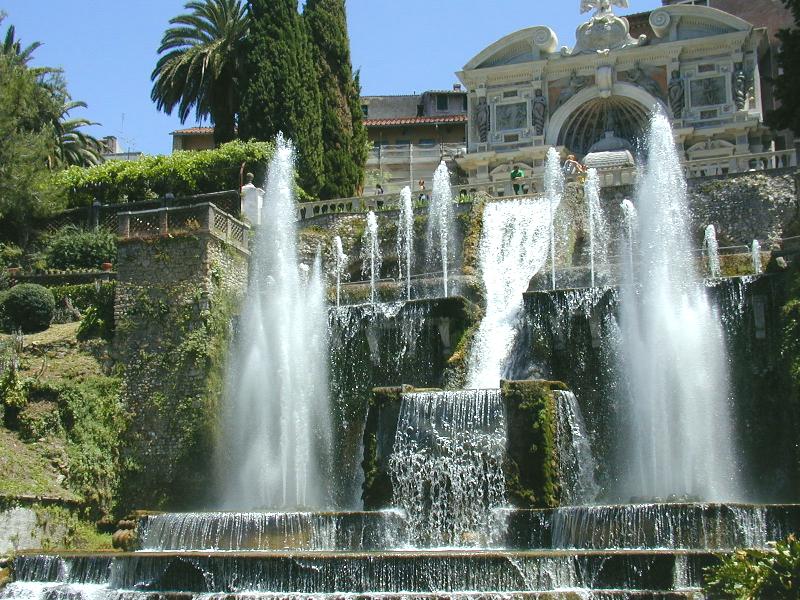 Also known as the Jeddah Fountain, is the tallest fountain of its type in the world. Located in the coast of Jeddah, the fountain jets water 1,024 feet (312 m) in the air. which can be seen throughout the entire vicinity of Jeddah. The fountain uses saltwater taken from the Red Sea instead of freshwater. It uses over 500 spotlights to illuminate the fountain at night. 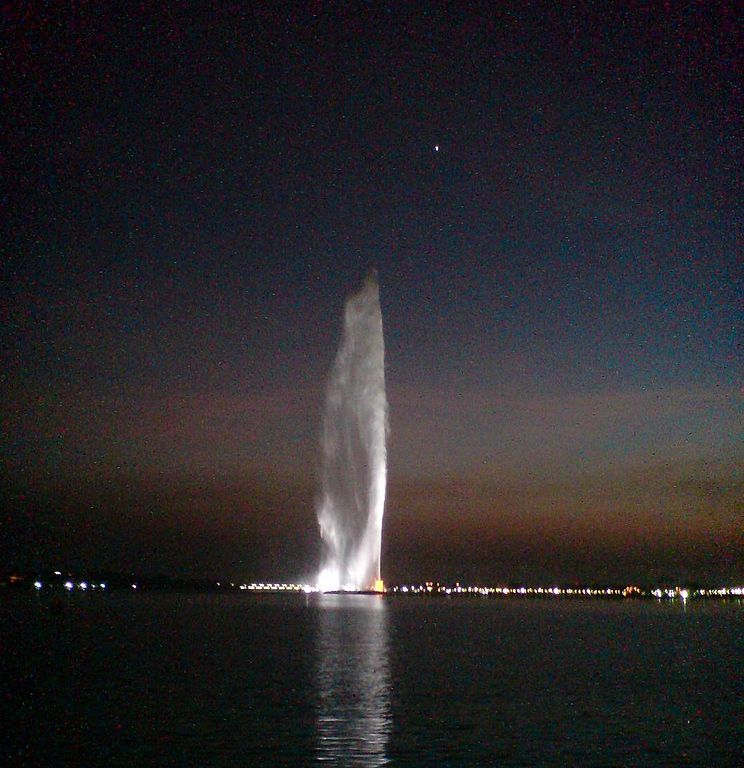 Also known as J. F. Archibald Memorial Fountain, the fountain is widely regarded as the finest public fountain in Australia. It was unveiled in 1932 to commemorate the association of Australia and France in World War I. The fountain design is Inspired from classical Greek and Roman art and literature. The fountain depicts a bronze Apollo surrounded by other mythical figures and animals. 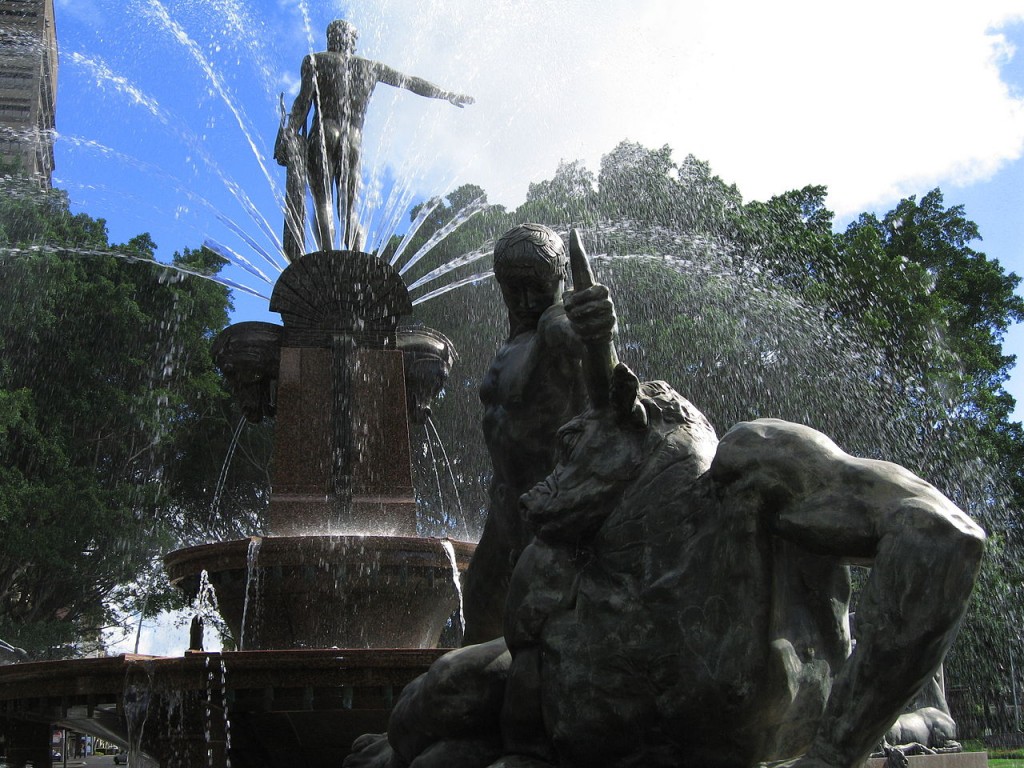 The Peterhof Palace is a series of palaces and gardens laid out on the orders of Peter the Great founded in 1710. They are often referred as the “Russian Versailles”. The palace has many fountains and the most important of them is Samson Fountains that was added In the 1730s. It depicts the moment when Samson tears open the jaws of a lion, representing Russia’s victory over Sweden in the Great Northern War. 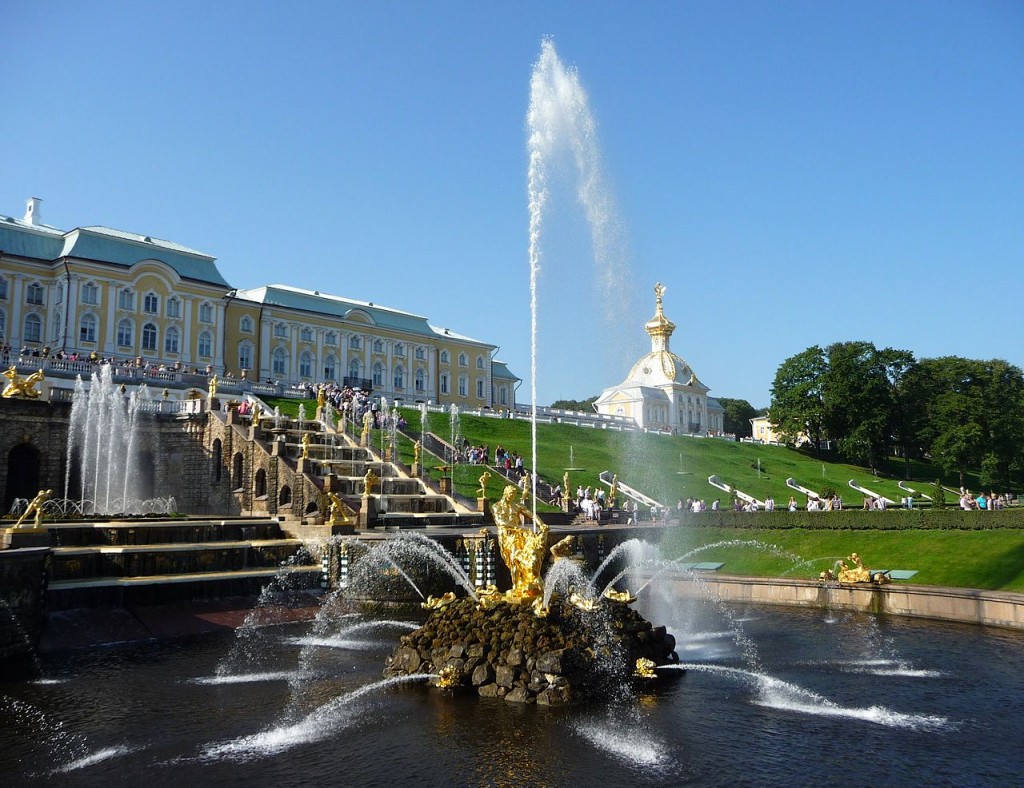 The Swarovski Fountain is the mouth of a glass-covered head which is the front of the crystal-themed museum called Swarovski Kristallwelten (Crystal Worlds). It belongs to the Swarovski company and it houses exhibitions related to the crystals the company sells. 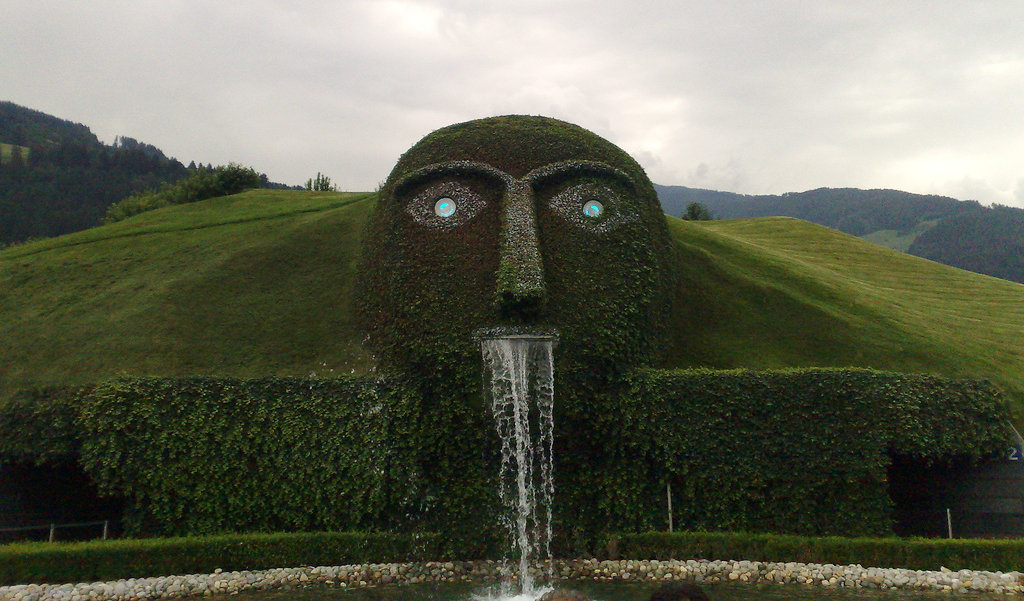