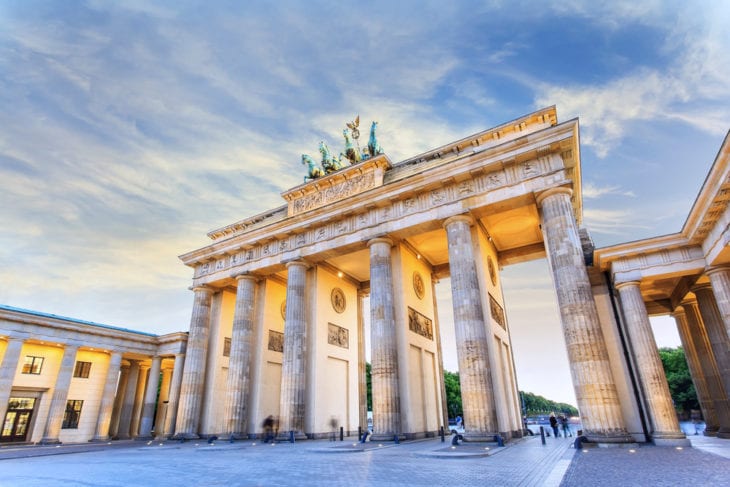 Below are the 10 powerful countries in the world according to the US News & World Report. This list differs in regards to the media company’s overall standing of the world’s best countries. 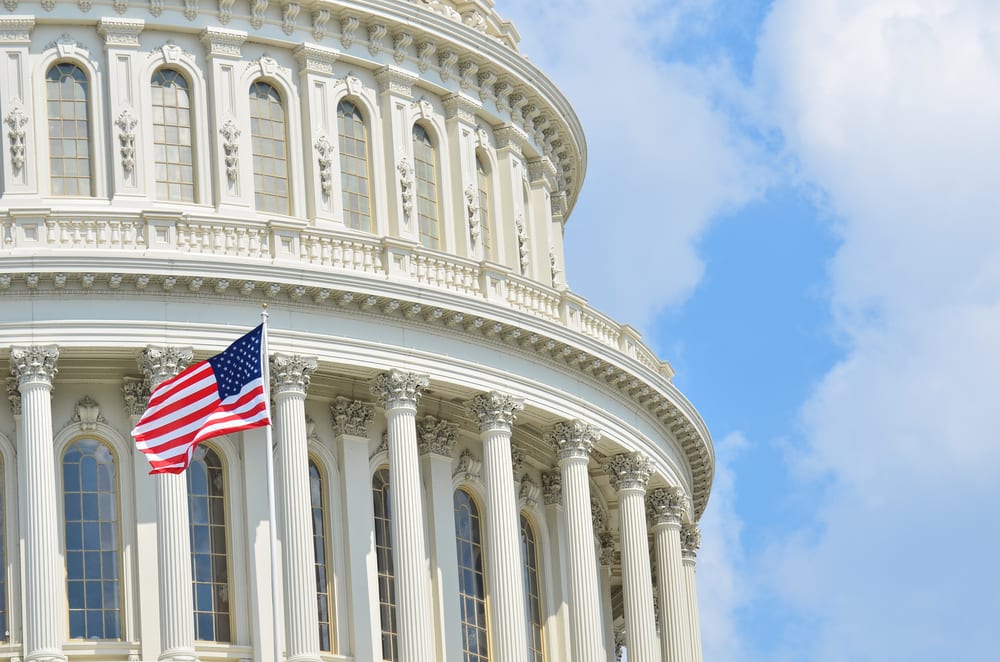 The most powerful worldwide is the US. They also have the biggest economy in which its main contributory factor is the enormous media and entertainment industry. In the state of California, it solely produces $2.5 trillion. Let’s say, if California is a country, it will fall among the six top economies all over the world.

When it comes to political influence, US is unparalleled. This country is part of the UN’s founding members. The US country plays a huge role in almost all international issues, particularly when it comes to global security. It continues to be a powerhouse in foreign communities.

The US military is the most powerful worldwide. It has the most sophisticated and modernized weapon system, and it keeps a massive amount of nuclear warheads. The US is proud to show off its military power globally, and for that, some countries frequently accuse the United States of interfering too much with international affairs. 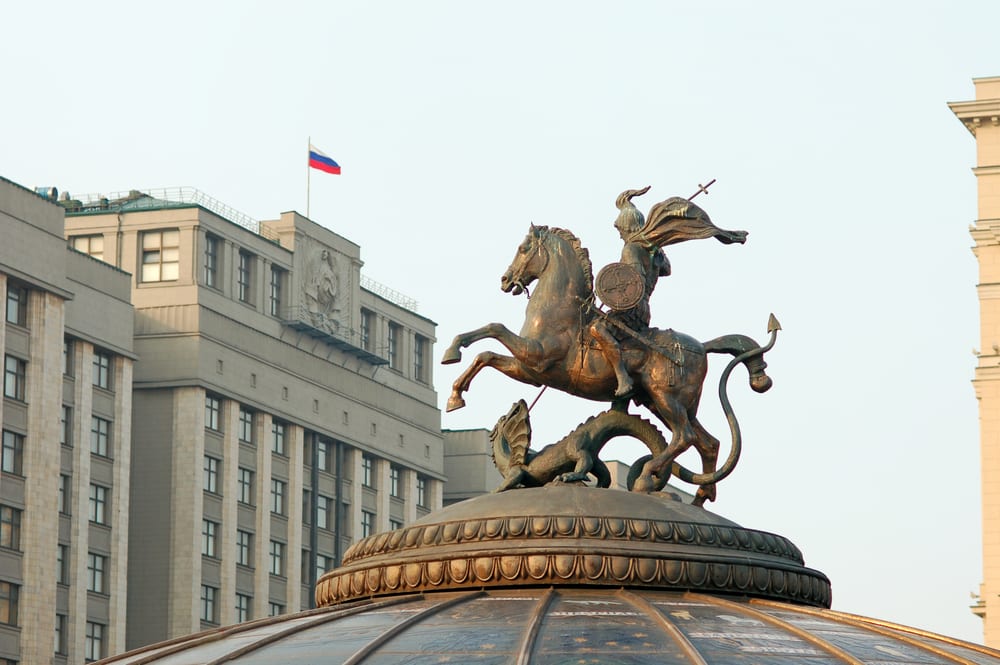 The largest country by area worldwide is Russia, which covers entirely Northern Asia as well as the most part of Eastern Europe. Its economy is among the largest worldwide, maintained by the country’s vast natural resources. Russia is also a global leader concerning natural gas reserves and oil.

Russia is a permanent part of the UNSC or the United Nations Security Council and one of the countries with a very powerful military. Russia possesses the largest reserve of nuclear weapons. The number of nuclear warheads of this country is about 7,000. How it deployed its armed forces for the recent years draws criticism internationally. Russia is also criticized for its role in the conflict in Ukraine.

With the political influence of competing with that of the United States, Russia has strong ties with numerous countries, particularly China. Russia, led by President Vladimir Putin, has a highly competent, although controversial government. Not a large number of people agree with the way Putin runs the country. But, without a doubt, this famous leader was able to deliver results for his country. 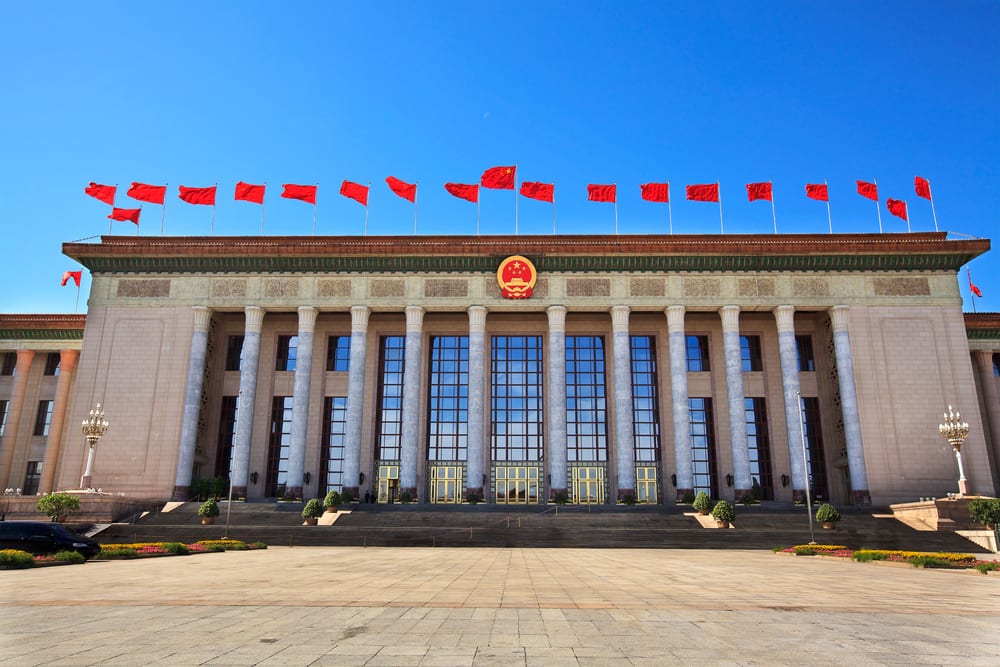 In all nations worldwide, China has the highest population. It holds an enormous deal when it comes to economic influence and they are the second-largest economy worldwide following the US. For over three decades, China’s economy booms at a great rate, which in the future might overtaking the US economy. When it comes to exports, this country is also a leader; therefore, you see “Made in China” products daily.

China is also part of the United Nations. China’s political influence is very strong worldwide; however, the Chinese government is criticized for employing questionable practices and too much aggressiveness, especially in flexing their military muscle.

In a related manner, globally, its military forces are the largest. China is composed of hundreds of aircraft, commissioned ships, and more than 200,000 troops. This Asian country has a hefty military budget worldwide and also possesses nuclear weapons. China also maintains strong relations in other countries, particularly with Russia. But it has strained ties within the Southeast Asian countries. 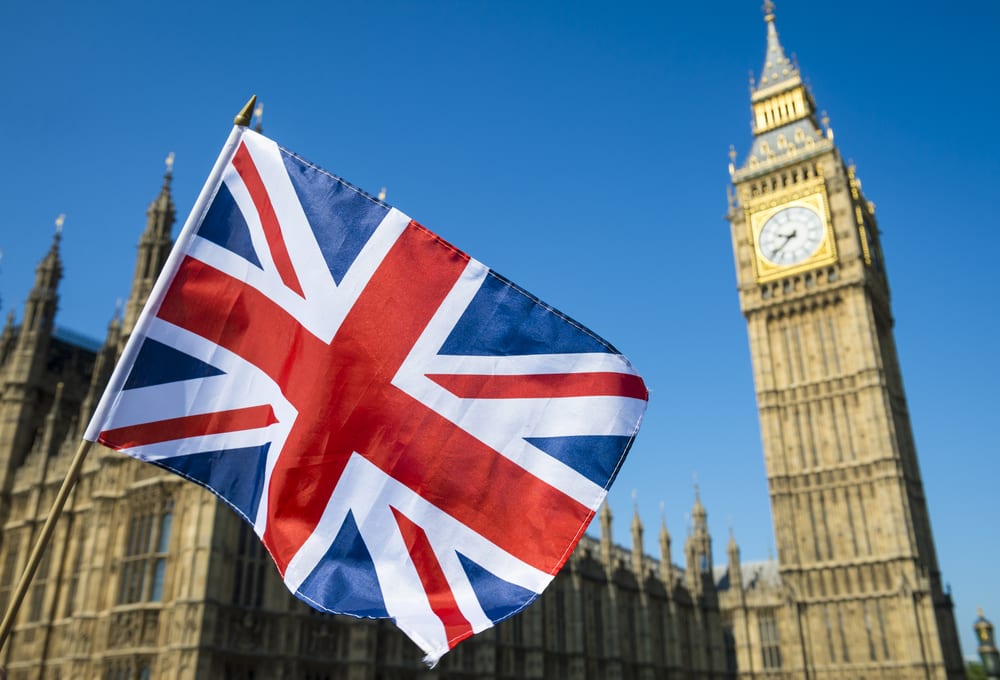 The United Kingdom is also a member of the UNSC or the United Nations Security Council. It’s a highly-developed country made up of Scotland, England, Northern Ireland, and Whales, and it is situated in western Europe. However, at present, it is surrounded by some uncertainties because of that infamous Brexit. Still, the UK remains among the world’s most powerful countries.

Officially, the United Kingdom is a nuclear-weapon state like France, and also, they are part of the NATO or the North Atlantic Treaty Organization. The UK navies are among the best worldwide. Also, they have the most competent Secret Intelligence Service, commonly known as M16.

The UK’s political and economic influence is remarkably strong and has been a trendsetter in different areas like fashion, arts, technology, culture, and sciences. This country is among the best countries to produce accomplished doctors; that’s why they are included in the list of topmost doctors worldwide. 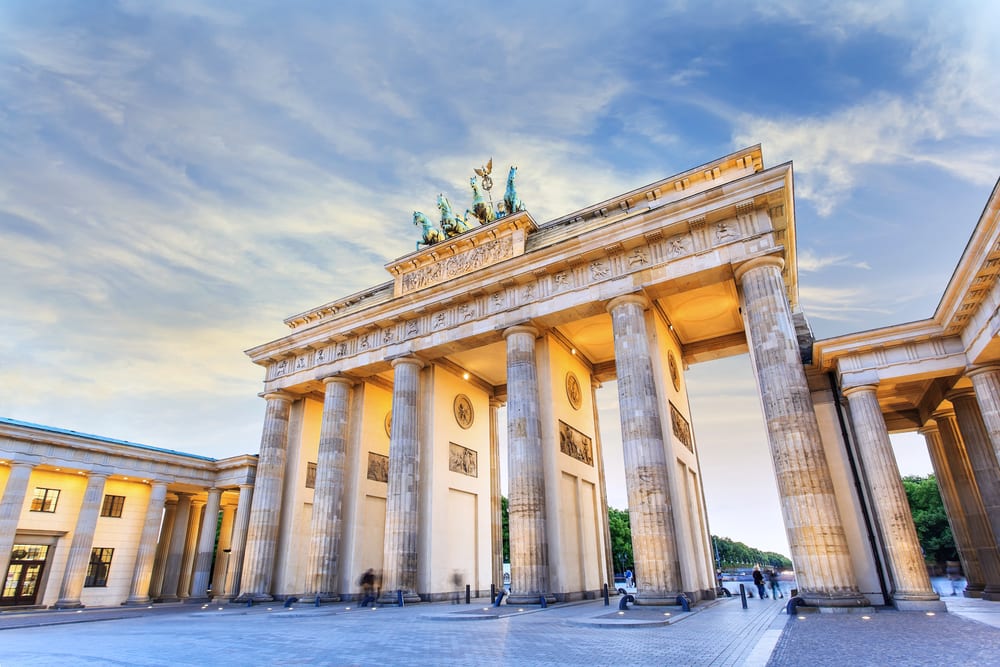 For a period of time, Germany has been among the most powerful nations worldwide. Its country was able to bounce back after it has been destroyed by war and from conflicts within. The economy constantly ranks among the best of 10 because of its highly educated and skilled citizens.

Germany is situated in central-western Europe, a nation that is well-developed with a high cost of living. They are among the biggest exporters and have a strong economic and political influence worldwide and solid international relations.

They are also part of the North Atlantic Treaty Organization and United Nations, and they are involved heavily in global security issues. This country is noted for its great cultural history as well as the most beautiful metropolis worldwide. Germany has powerful military forces, and their government is led by well-versed leaders in all aspects, whether it be economic or political affairs. 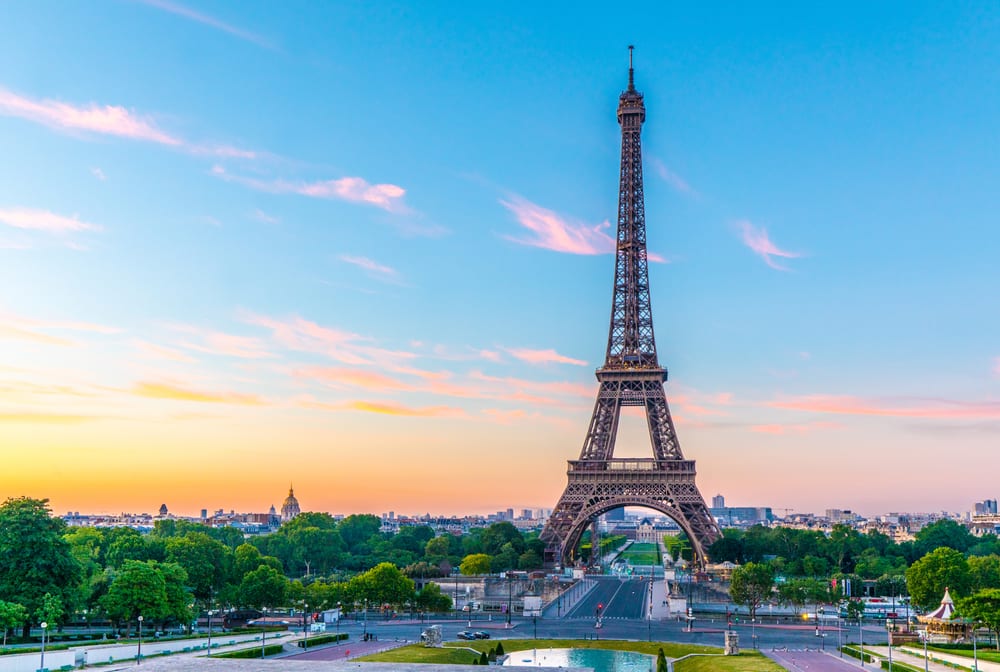 Aside from one of the most powerful countries, they are also included in the list of top 10 countries having powerful nuclear weapons, with a nuclear warhead of up to about 300. Officially it’s a nuclear weapon state as well as having a competent military worldwide.

France is located in Western Europe beneath the UK, and is among the world’s largest economies, following a few other global powers like China, Japan, and the US. A member of the UNSC or United Nations Security Council. They have very solid international alliances, plus it is always involved in global security matters as well as different international issues.

France is one of the fashion industry’s biggest players. They had enormous contributions in the world of fashion and is a home ground for well-known fashion houses like Givenchy, Yves Saint Laurent and Chanel. Not in any way that their exact cultural influence can be quantified. 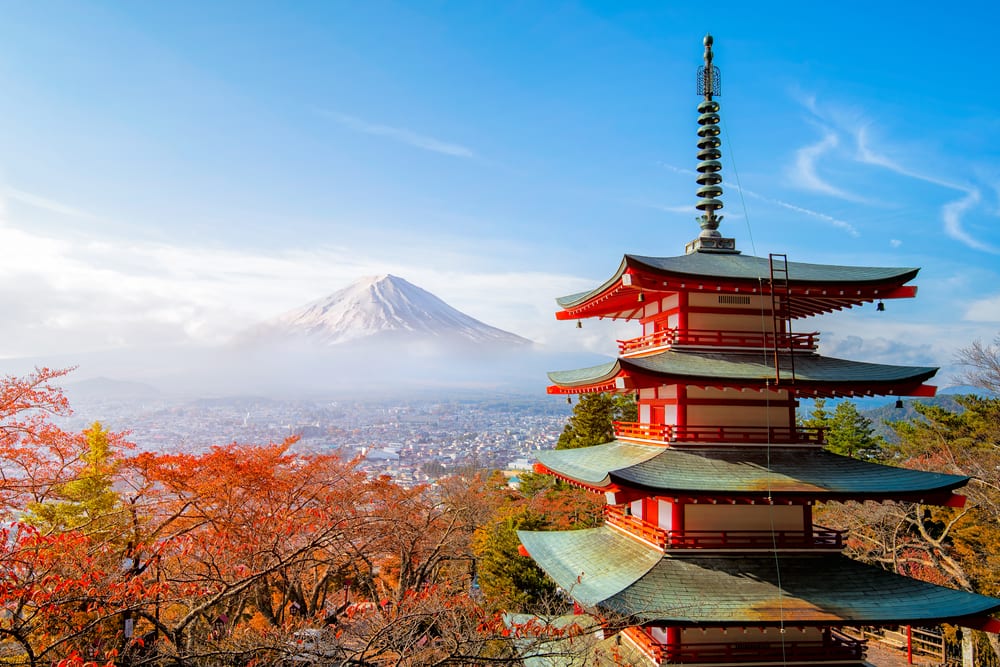 When it comes to technology, Japan is among the most influential countries worldwide. This country is considered as the core of technological innovation for some time now and without a doubt, more advanced technologically than the United States. The reason behind its economic prowess is its well-educated and highly skilled citizens.

They are the third-largest in teh global economy following China and the US. Japan is among the global leaders with regard to the exportation of products, particularly in technology. A member of the UN, also, Japan has a strong relationship among other global powers. However, it has some issues with other neighbors like North Korea and China.

When it comes to their military power, they aren’t fortunate to have the best-armed forces. However, they’re among those who have huge military budgets as well as the latest weapon system. For the most part, they deploy armed forces to maintain peace and self-defense. Japan proves that it’s not a necessity to have the presence of strong military forces to be regarded as a powerful country. 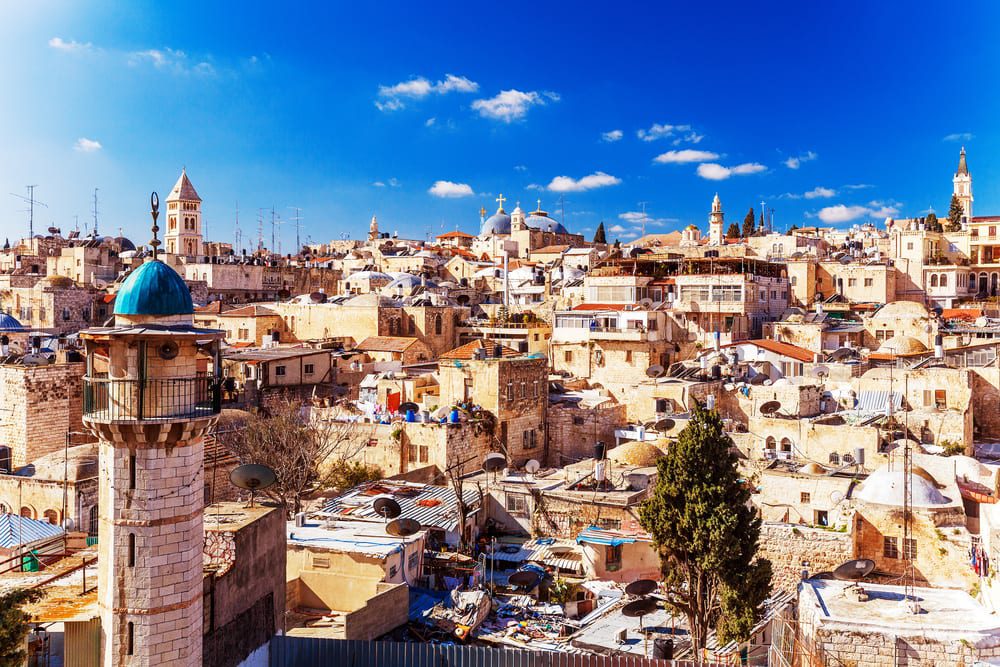 In the Middle East, Israel is one of the most powerful countries with a huge economy and high cost of living. This country is similar to Japan; they are remarkably educated countries worldwide, which played a big part in the domination of Israel when it comes to technology.

Israel has a diverse foreign relation. One is an ally for powerful countries like Russia and the US, while on the other side, their ties between other Middle Eastern countries were strained. As a matter of fact, with which Israel’s nuclear program is well-developed makes things worse, but its government is dishonest about their nuclear capabilities.

Aside from that, Israel’s military forces are among the world’s most powerful. However, it’s not as extensive as to the Chinese and US armed forces. The Israel Defense Forces happen to be extremely well-trained and very efficient in neutralizing different kinds of threats, either domestic or international. Mossad is Israel’s intelligence agency, which is, without a doubt, the best in the world. 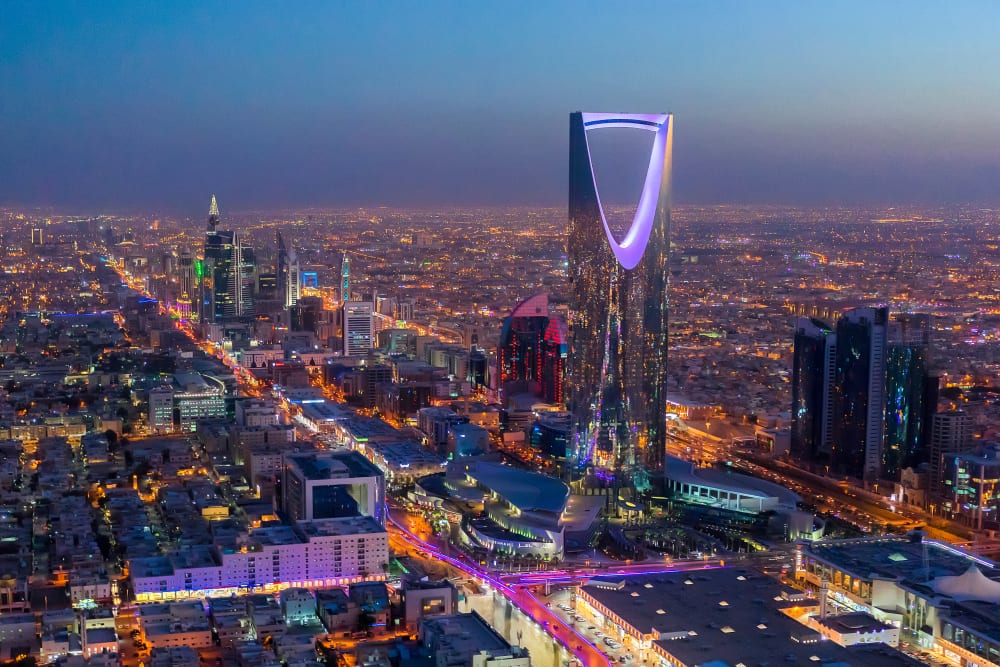 Saudi Arabia is among the most powerful and biggest Arab countries. They are believed to be pro-Western because of their strong alliance with countries like the UK and the US. This country is open to foreign nationals who like to work inside the kingdom.

Its political influence is strong within the region and they are closely allied with Pakistan, which is among the powerful Arab countries. Saudi Arabia is more conservative compared to the UAE. However, its government recently has made significant changes making its country more open. An example is granting women to drive, which was announced last September.

They are also known for their military expenditures. Saudi Arabia is one of the world’s largest importers of weapons, while the UK as the major supplier. Among the suppliers are Canada and the USA. Canada’s Prime minister Justin Trudeau who is known as a human rights advocate has been criticized as he sells military equipment to Saudi Arabia- which has an infamous record regarding human rights. 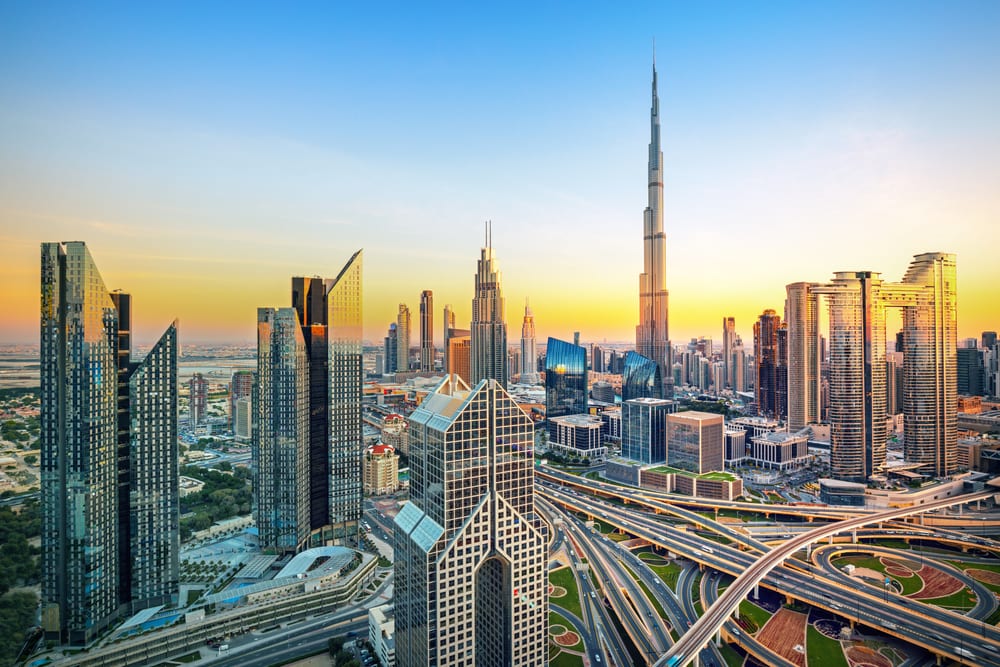 The United Arab Emirates is composed of the federation of 7 emirates, namely, Ajman, Abu Dhabi, Dubai, Ras al-Khaimah, Fujairah, Umm al-Quwain, and Sharjah, all governed by a separate monarchy. Both Dubai and Abu Dhabi are well-known countries. Dubai is the most popular destination for tourists and more appealing to foreigners since it is open and more liberal compared to the rest of the Arab nations.

UAE is among the wealthiest countries in the world in which its natural gas and abundant oil reserves are its massive contributory factor. It is among the United Nations’ affiliates and one of the founding members of the GCC or the Gulf Cooperation Council. This country holds a strong international alliance as well as having powerful economic influence.

However, UAE doesn’t have a powerful and massive military, although its armed Forces have improved in recent years. Armed Forces of UAE is equipped with the state-of-the-art weapon systems bought from different powerful countries.