10 Most Unique Local Phenomenons From Around The World 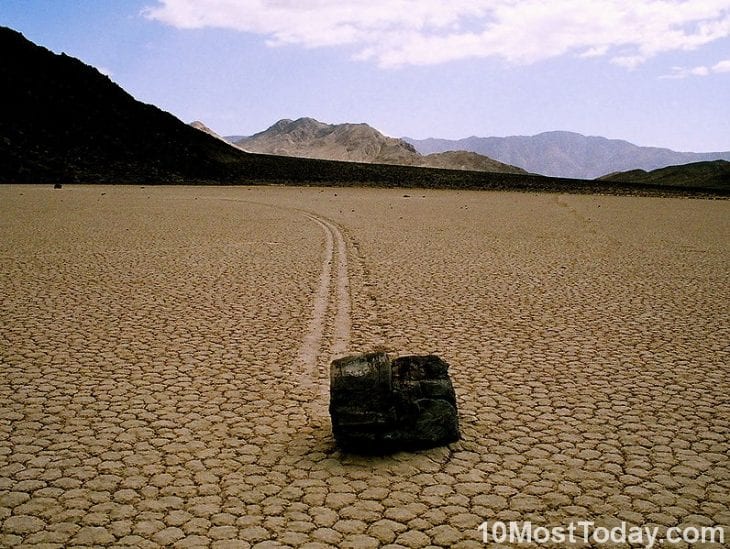 1. The Door to Hell, Turkmenistan

This crater has been on fire continuously since 1971! It is located in a natural gas field in Ahal Province, one of the largest gas reserves in the world. The diameter of the crater is 70 metres (230 ft) and the depth is about 20 metres (66 ft). It all began back in 1971 when Soviets engineers drilled the area for gas. At some point the ground collapsed into a wide crater and huge quantities of methane gas were released, creating an environmental problem.The engineers decided to burn it off, figuring it would be safer and that the fire will burn out in weeks, but it has been burning ever since!

Most Unique Local Phenomenons: The Door to Hell, Turkmenistan

The Crooked Forest in Poland is one of the most amazing forests in the world. It’s a small forest of about 400 pines was planted around 1930. The pines are shaped in a very bizarre way, and It is believed that some sort of human interference is involved. Some believe that the woods were deliberately grown this way to be used in ship building. Another theory is that tanks from WWII are the cause, rolling over the young trees snapping the stem, but still surviving, forcing them to grow in the direction they were ran over 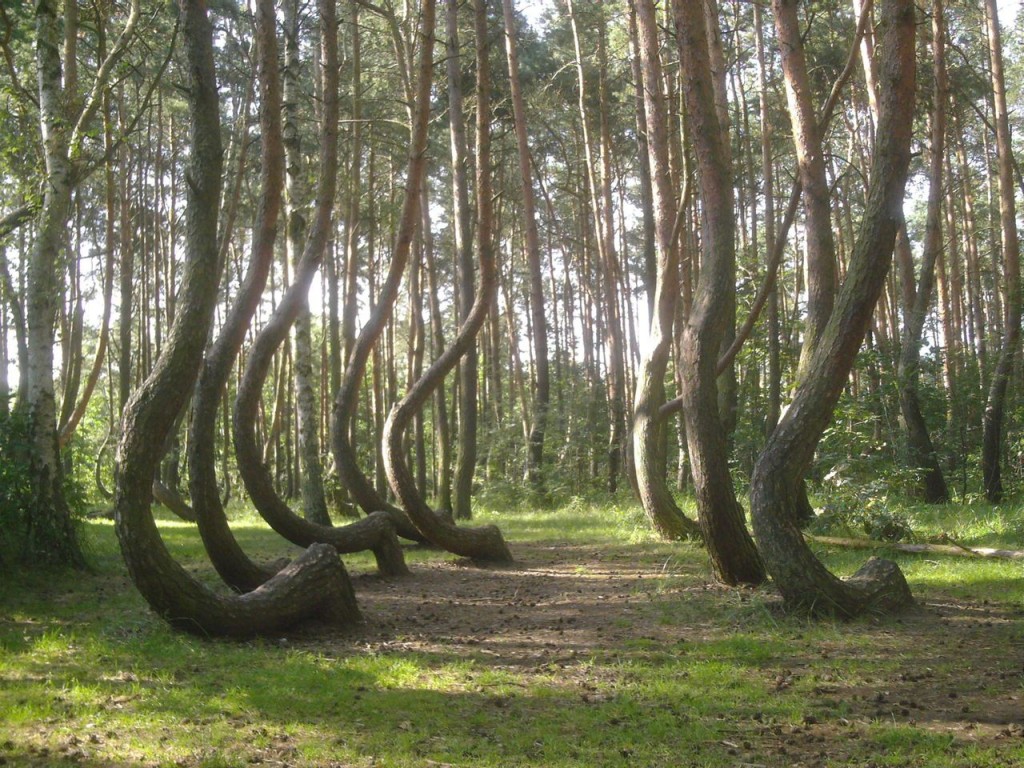 This salt lake in Western Australia has an amazing pink natural color. This unique color is caused by green alga and/or a high concentration of brine prawn. The color is not always pink, and depends on temperature, level of salinity, and light conditions 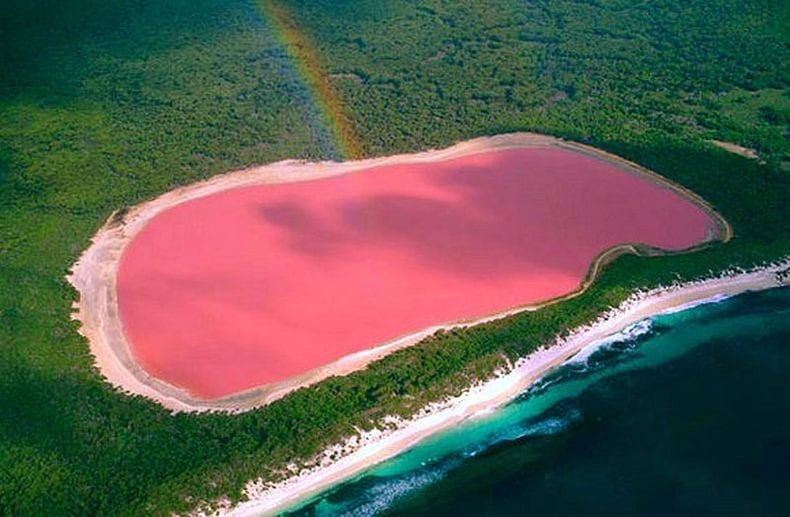 Believe in or not, but this phenomena is still very much unexplained, even though studied since the early 20th century. The unique geological phenomena (also known as sliding rocks or moving rocks) appears mostly in Death Valley National Park, where rocks move and leave behind long tracks along a smooth valley floor without any human or animal intervention. Most tracks develop over several years, and the stones have even been reported to turn over during this time period 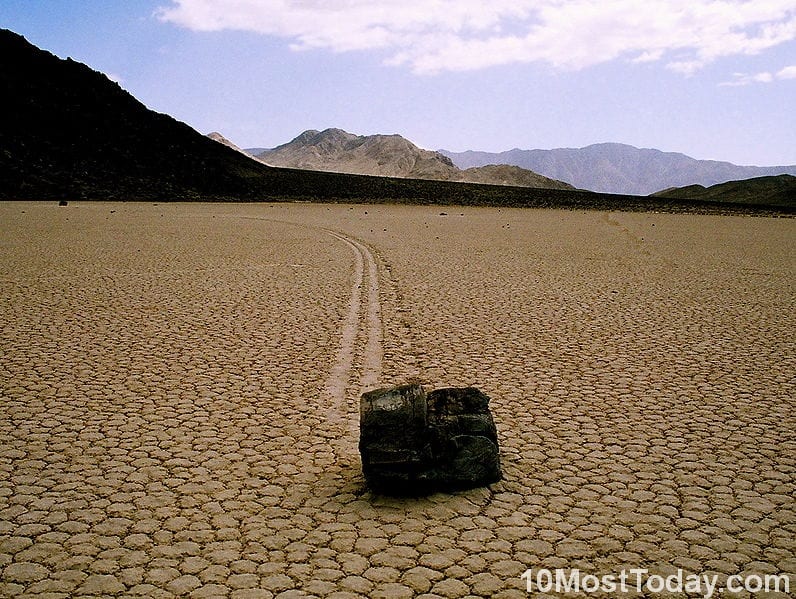 Mauritius is an island nation in the Indian Ocean, about 2,000 km (1,200 mi) off the southeast coast of Africa. The shores of the island hold a fascinating and breathtaking optical illusion: when viewed from above, it looks as if there are enormous underwater waterfalls right next to the beaches. The view is incredible and can even be seen from Google Earth (as seen below), but it’s only an illusion created by the movement of sediment of sand and silt that are still in the process forming the relatively new island 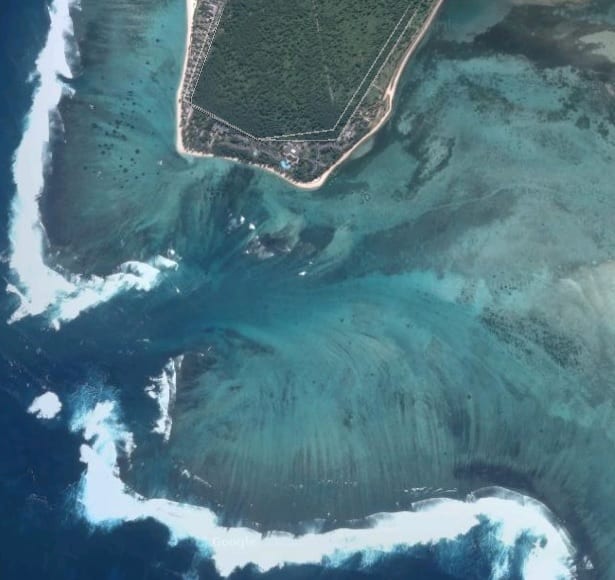 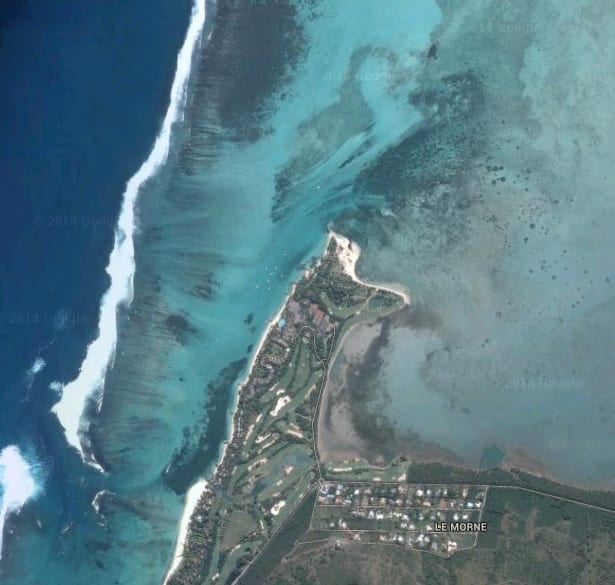 A small marine lake, 460 meters (1,510 ft) long and 160 meters (520 ft) wide, and with an average depth of 30 meters (100 ft). This lake has a very unique feature: it’s home to millions of golden jellyfish who migrate daily horizontally across the lake. The relative isolation of this 12,000 years old lake has caused the species in the lake to evolve very differently from the close related species out in the nearby lagoons. Swimming and snorkeling in the lake with the millions of jellyfish is a major tourists attraction, as the sting of these species is almost unnoticeable 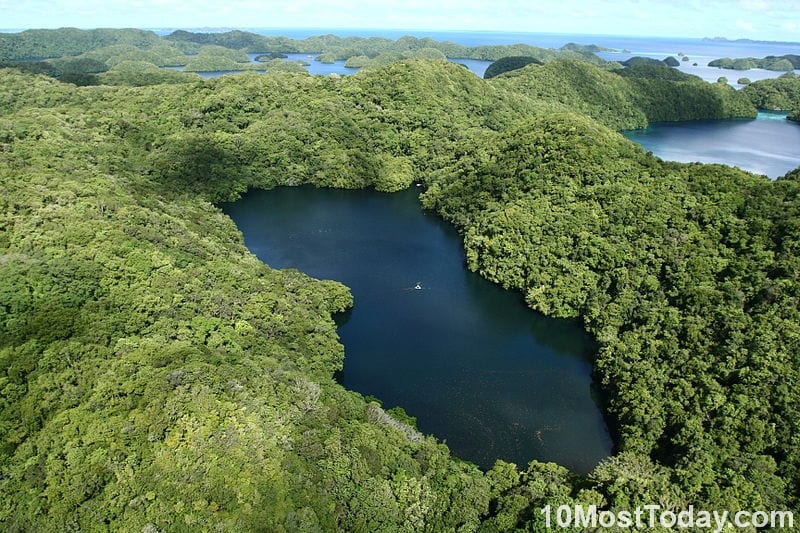 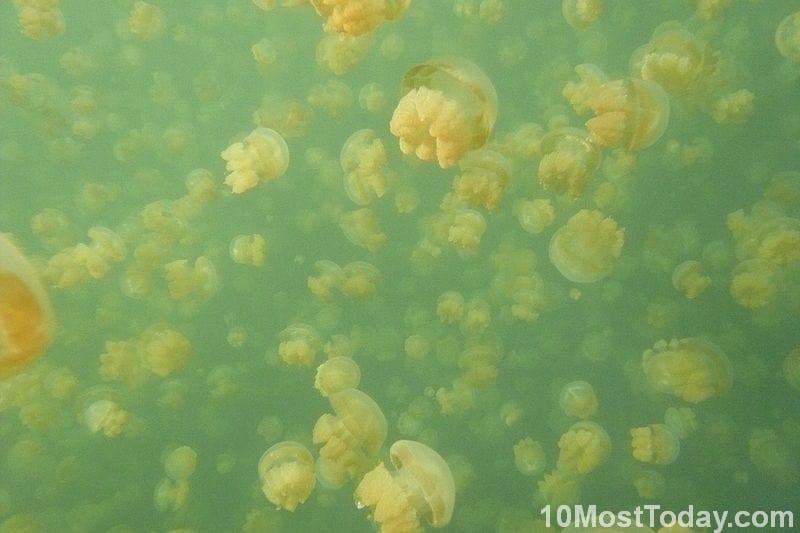 The Great Blue Hole is by far the most amazing sinkhole in the world. It is a large submarine sinkhole off the coast of Belize. The hole is circular in shape, over 300 m (984 ft) across and 124 m (407 ft) deep. It was formed during several episodes of quaternary glaciation starting over than 150,000 years ago 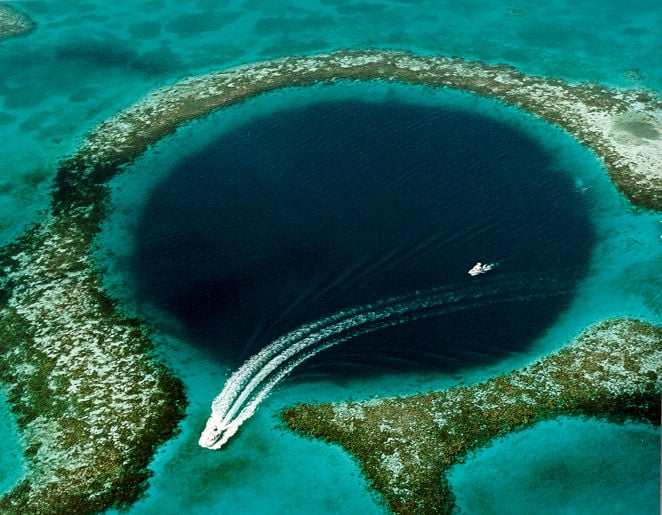 Glacier Mice can be found on glaciers in Iceland. These rare lifeforms are actually balls of moss that slowly grow on pebbles. As the glacier moves, melts, freezes and changes over the years, the pebbles, or mice roll over and then grow moss on the other side. This way, the “mice” are round and have moss on all sides. It takes decades for just one mice to reach it’s final state, and those Glacier Mice are protected in Iceland –  you must not remove or interrupt them 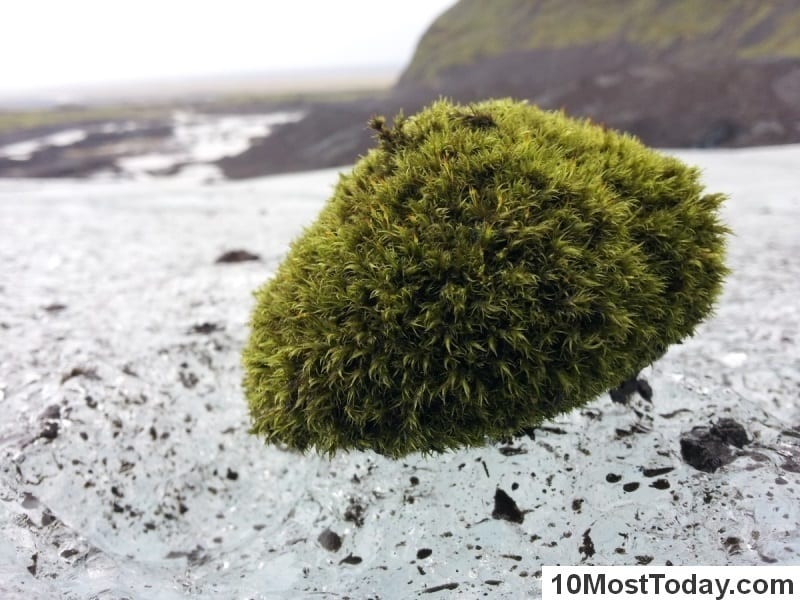 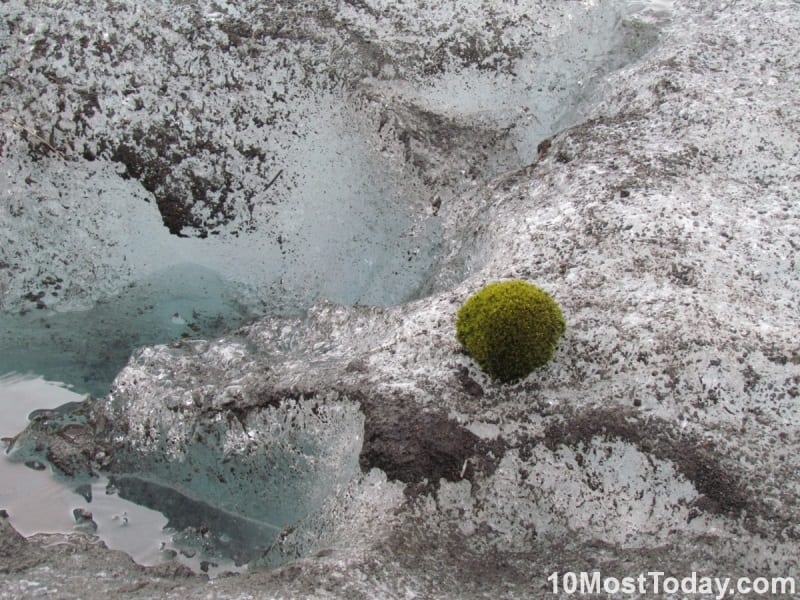 Located on the North Island of New Zealand, these caves are known for the glowworms, Arachnocampa luminosa. These glowworms spin a nest out of silk on the ceiling of the cave and then hang down. Then, the larva glows to attract prey into its threads. So these amazing caves have beautiful glowing dots on their ceiling 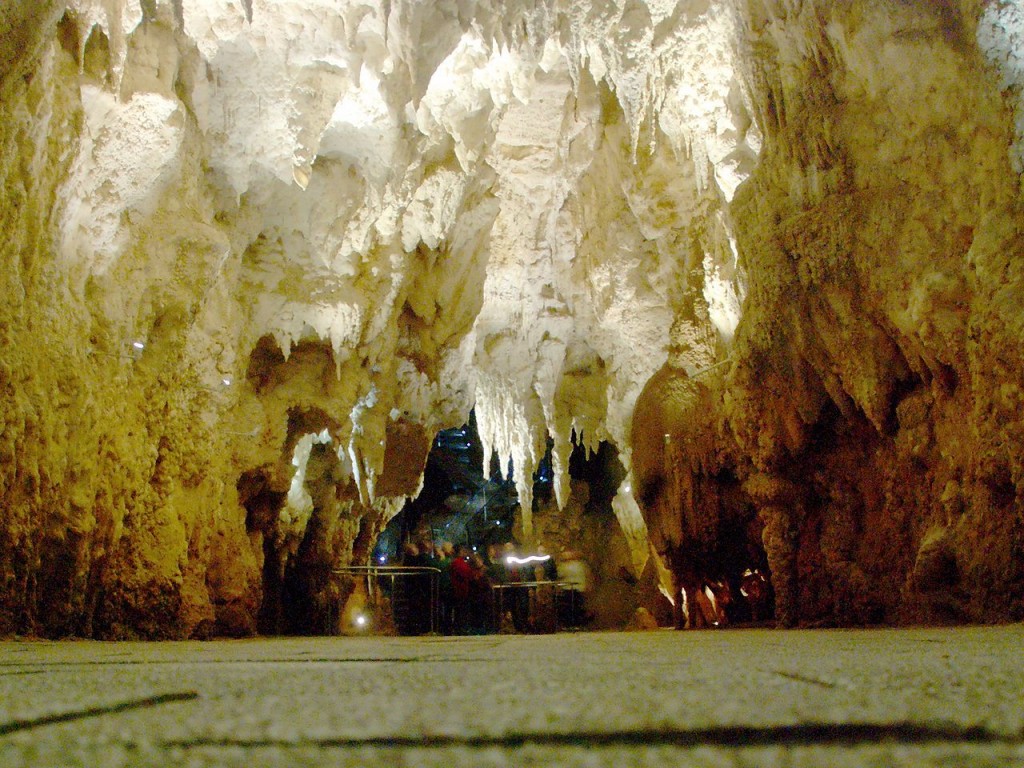 The Moeraki Boulders are huge spherical boulders located on the Otago coast. Created by coastal erosion, the boulders differ in size. It is estimated that the larger boulders, who reach 2 metres (6.6 ft) in diameter, may have taken 4 to 5.5 million years to evolve! 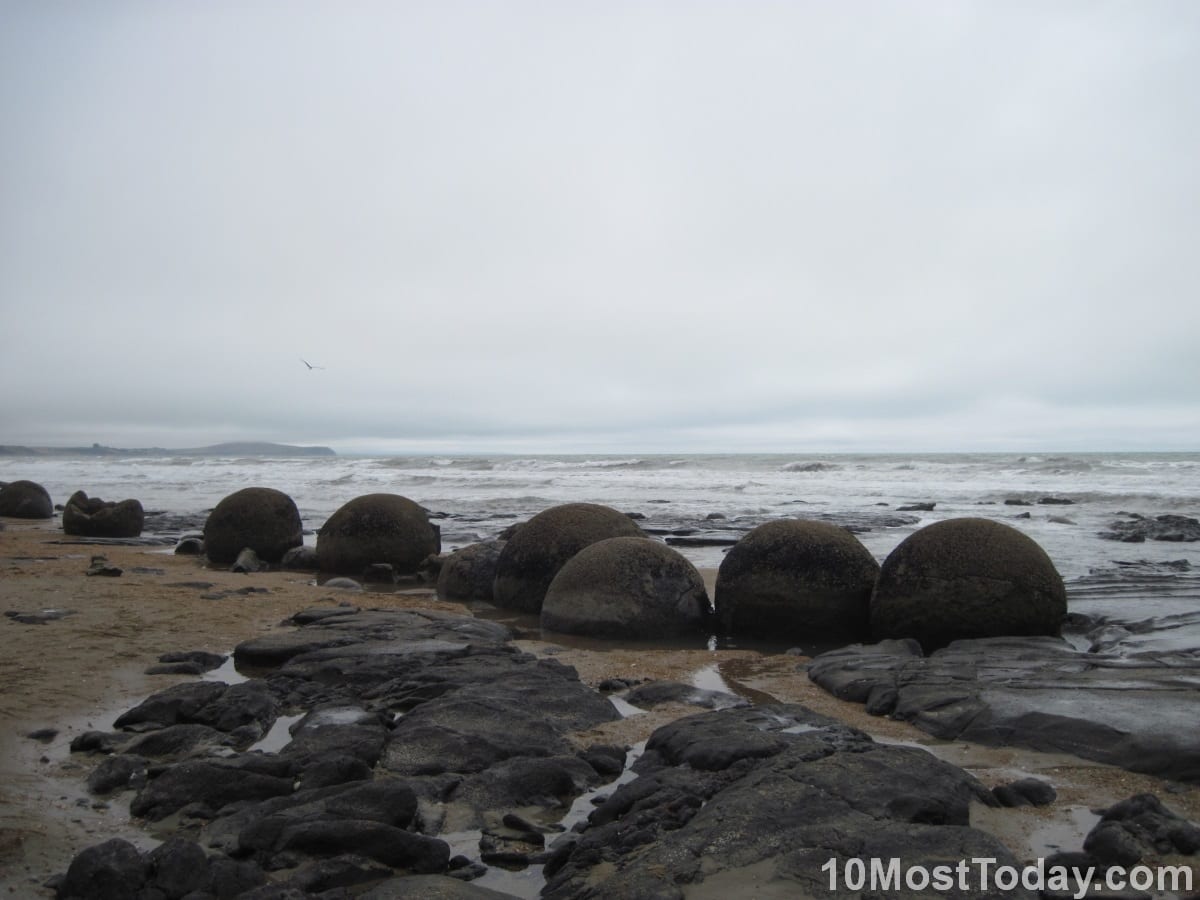 10 Most Incredible Animals Only Found...