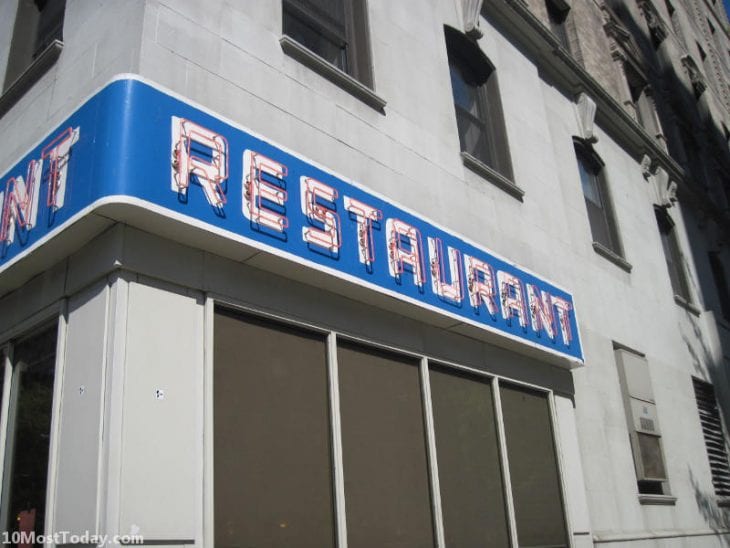 The most important shrine for TV lovers is without a doubt Hollywood and Los Angeles, where you can visit the different studios and even be in the audience of a TV shooting. But there are some pilgrimage sites outside the holly city of Hollywood that deserve the daily respect and attention they get from excited tourists and their cameras

Tom’s Restaurant on West 112th Street and Broadway in Manhattan was featured on Seinfeld as Monk’s Café, the usual coffee house where Jerry, Elaine, George and Kramer normally got together to talk about nothing for 9 seasons. While the exterior is Tom’s Restaurant in Manhattan, the interior of Monk’s was a set in a Los Angeles studio. Tom’s Restaurant also featured as itself on the third season of Seinfeld’s web series comedians in cars getting coffee where Jerry met his old friend George Costanza. Click here to watch! 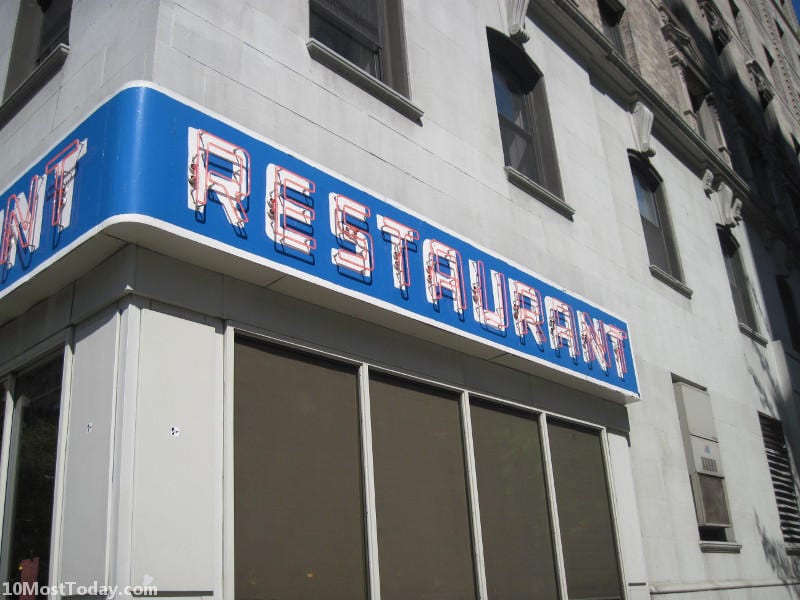 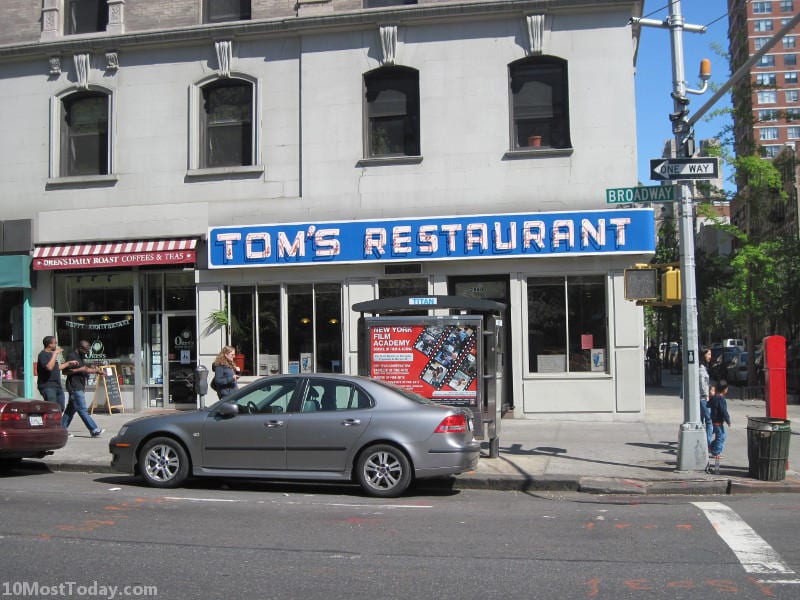 The exterior of the bar seen throughout NBC’s 11 seasons (1982 – 1993) of Cheers is actually the Bull & Finch Pub, located on 84 Beacon St, Boston. The Bull & Finch Pub was officially renamed “Cheers Beacon Hill” only in 2002. Like with Tom’s Restaurant and Seinfeld’s case, the interior of the pub doesn’t resemble the interior seen on the show. The show was actually filmed in a Paramount studio in Hollywood, in front of a live studio audience, as the voice over stated at the beginning of each episode. Here’s the bar at the beginning of the famous opening song “whee everybody knows your name” 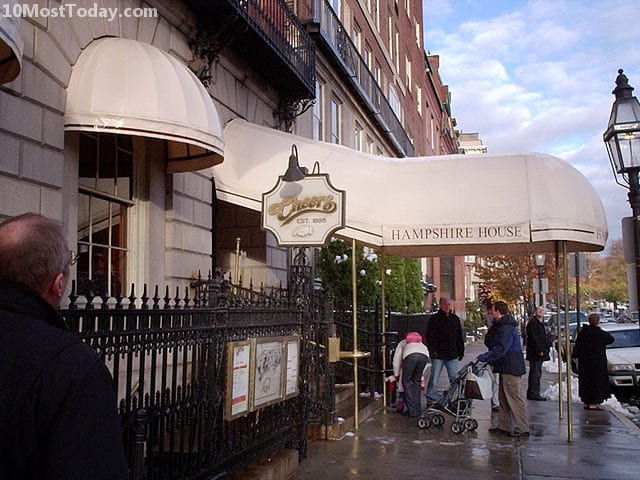 Highclere Castle is the main filming location of the British TV series Downton Abbey. It is used for the exterior shots as well as most of the interior filming. Some interior shots like the kitchen, servants’ quarters and working areas were filmed in studios. The castle is located about 90 minutes drive from London, and is opened to the public during summer times 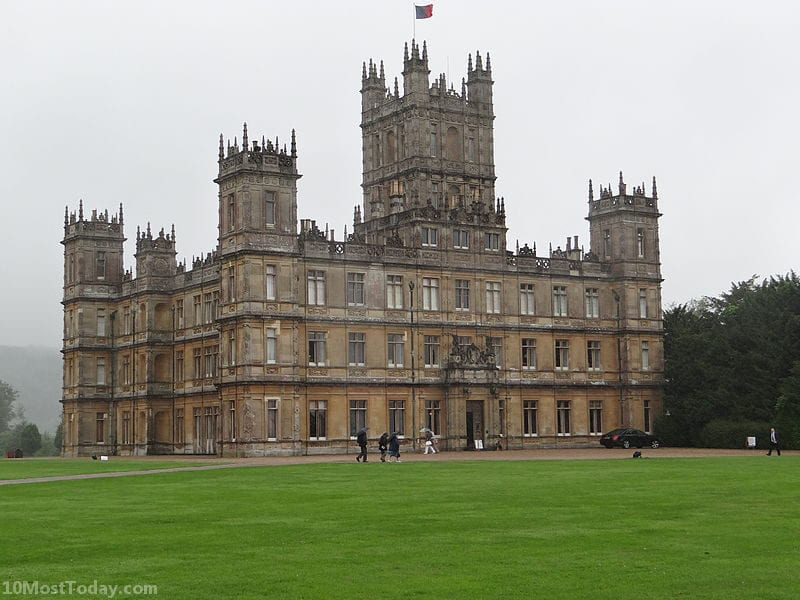 The opening credits of Full House, “everywhere you look” showed San Francisco at its finest: the Golden Gate Bridge, Fisherman’s Wharf, Lombard Street, the cable cars and more. The house shown at the end of the opening, where Jesse Katsopolis, Danny Tanner, Joey Gladstone and the rest of the characters lived in, is located in Broderick street. The actual taping of the show, however, was done in Warner Bros. Studios in Los Angeles. You can still find fans of the show taking pictures of the house every single day. Bob Saget (Danny Tanner) also took a selfie here, and John Stamos (Jesse Katsopolis) took a picture of fans taking pictures of the house, without noticing him 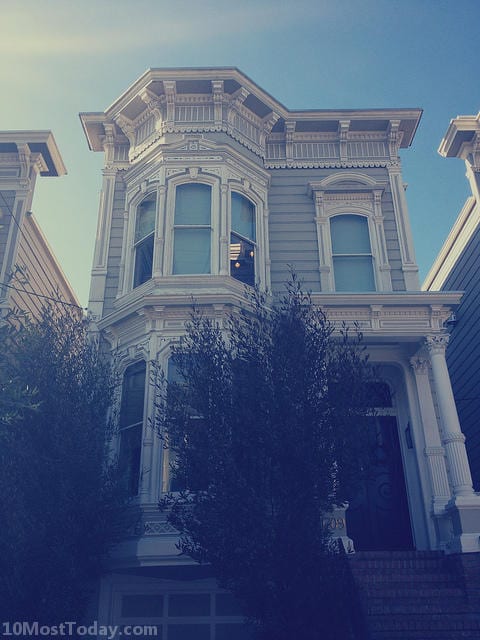 There are several reasons to visit 30 Rockefeller Plaza: The observation deck that offers arguably the best view of Manhattan, the Rainbow Room – a restaurant on the 65th floor, and of course – the NBC studios, where many shows are produced, including Saturday Night Live. Another valid reason to visit 30 Rockefeller Plaza is to see the workplace of Liz Lemon, Jack Donaghy and the rest of the characters on Tina Fey’s 30 Rock. The skyscraper and the plaza before it featured at the opening of the show through its 7 seasons. The filming of the show was done in studios in Long Island, New York, with the exception of two live episodes that were filmed in 30 Rockefeller itself 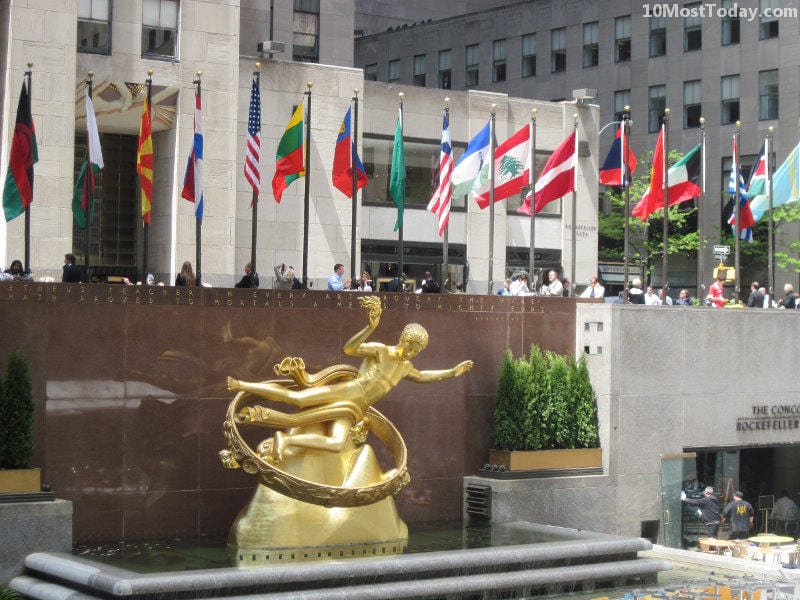 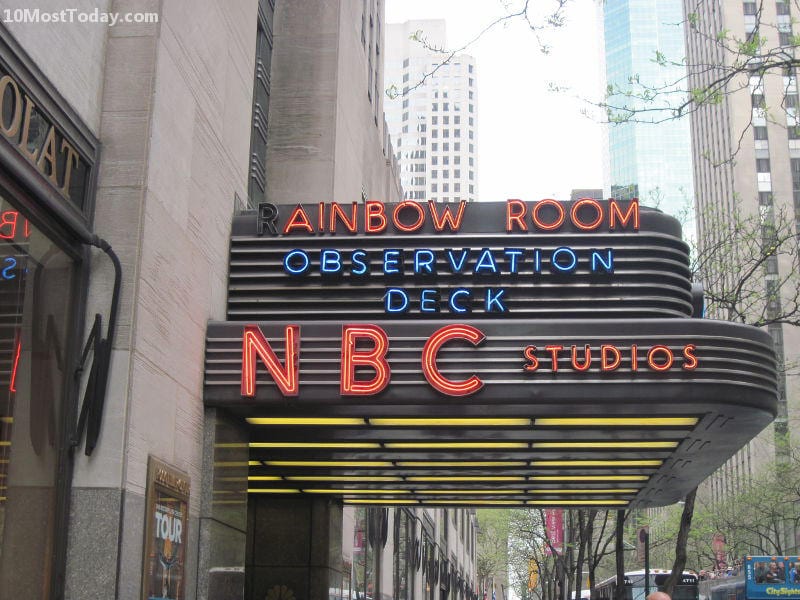 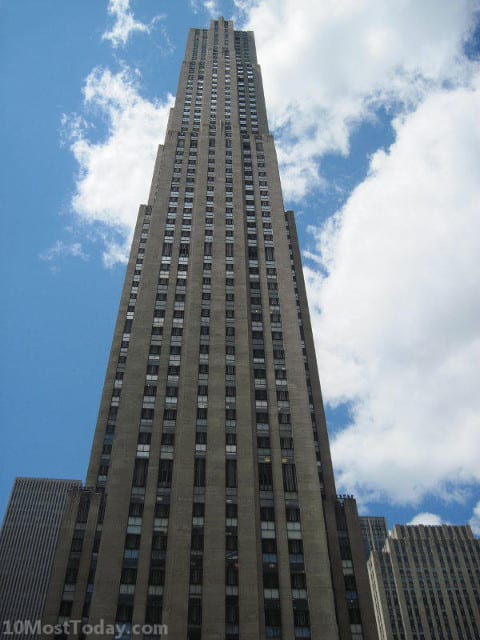 The Comedy Cellar seen in the opening credits and throughout the show is a real place. It is located in Greenwich Village and is considered one of the best comedy clubs in New York. So if you do go there, don’t just take a picture outside – catch a show! All the stand-up scenes seen on the show are filmed in front of a live audience at the Comedy Cellar, where the audience is unaware in advance that Louis C.K will be performing and that the show will be filmed 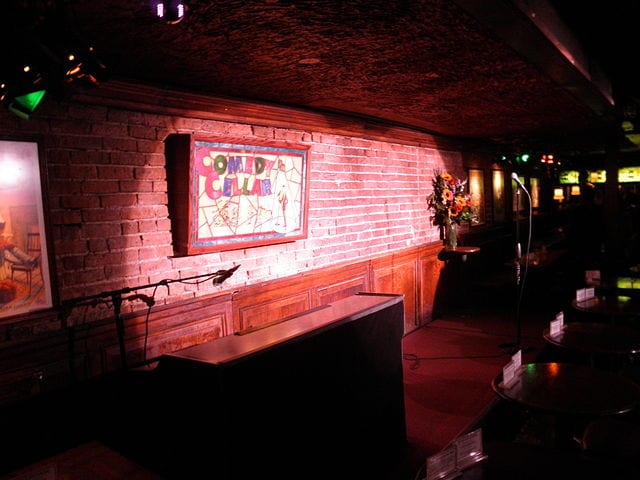 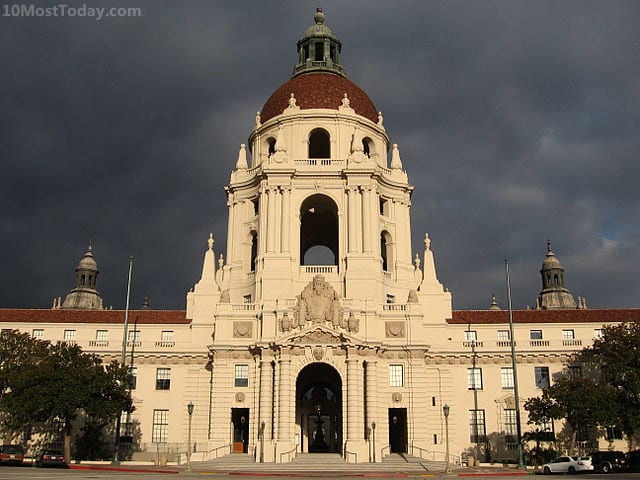 The exterior of Double R Diner in David Lynch’s Twin Peaks 90’s series is actually Twede’s Café in North Bend, Washington. The interior however was filmed in a studio. As you might recall, the place was known for its cherry pie and the “damn fine cup of coffee.”, and surprisingly enough – you can still ask for those items Twede’s Café 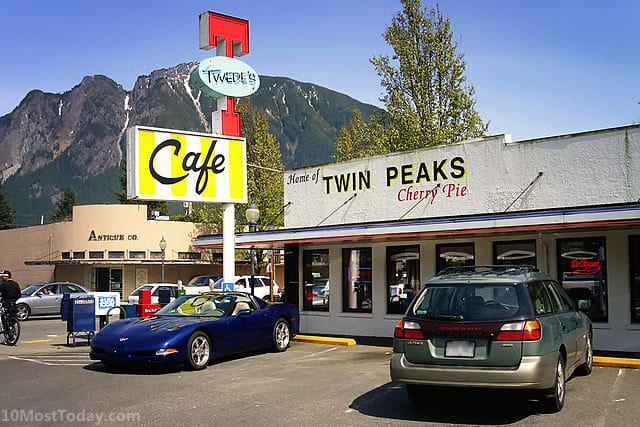 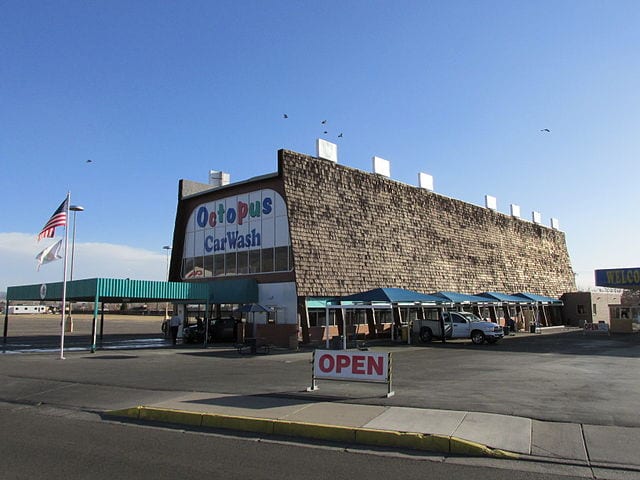 I wrote an independent post dedicated to filming locations of Game of Thrones. Most of the filming of the epic show takes place in a studio in Belfast, Northern Ireland, and the rest is taken at different outdoor filming locations in Northern Ireland, Iceland, Croatia, Scotland and Morocco. If I had to suggest one exterior filming destination I guess Dubrovnik would be it. It is used many times throughout the show, most prominently as King’s Landing 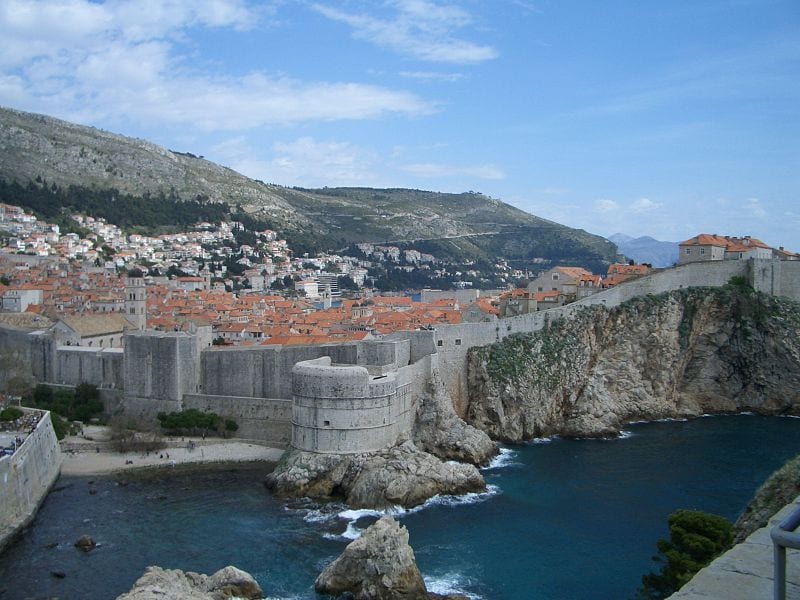 10 Most Important Benefits of Vacation