10 Most Deadly Fish Creatures in the World 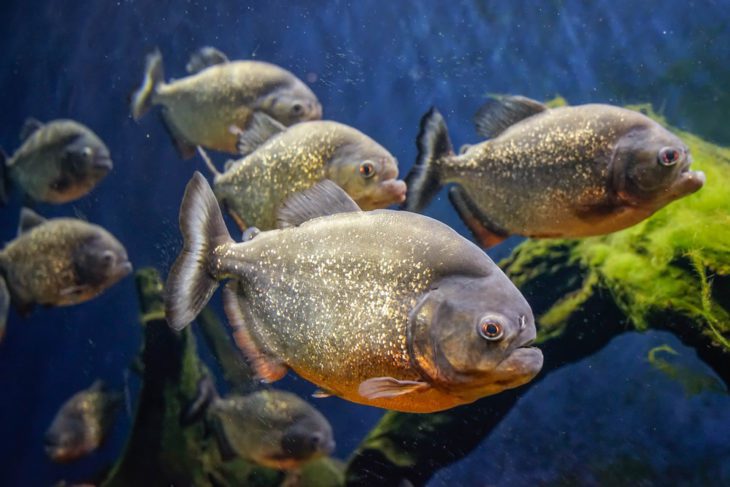 You might be curious about all kinds and types of fish which one can find in the vast ocean.

These fascinating marine creatures make the swimming and diving experience more memorable with their beautiful features. However, no matter how captivating these organisms are, some carry potential dangers which can even lead to death.

We have prepared the list of the most dangerous fish in the world to educate you about the potential dangers you have to avoid. In this way, you do not have to fear the ocean anymore and will be confident to face its deepest part. 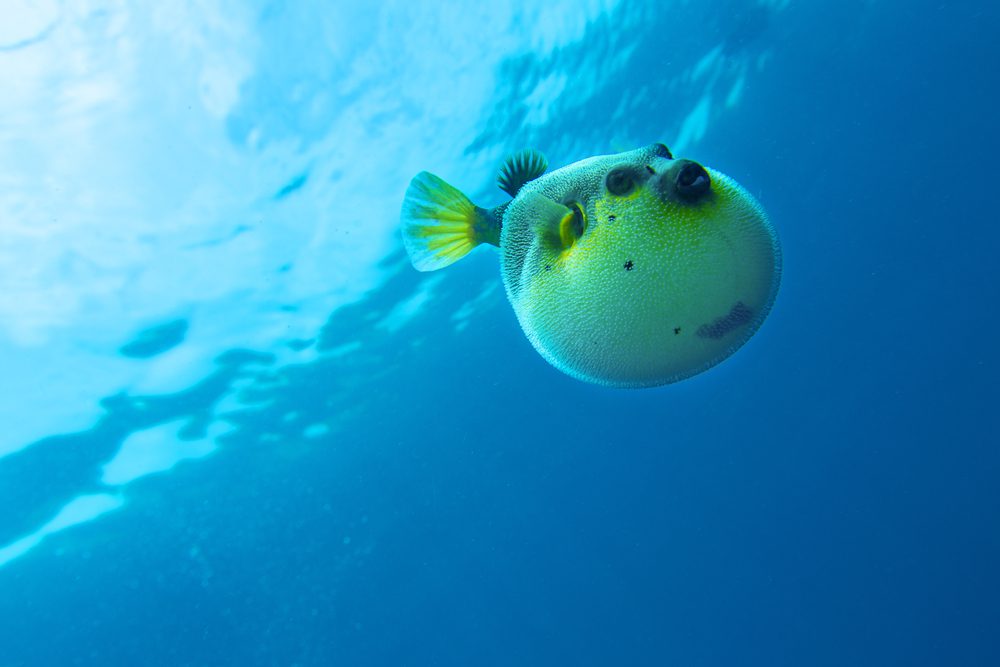 This fish is known for its spiky skin, making the blowfish physically strong. This feature also helps them to have resilient survival instincts. Blowfish also contain tetrodotoxin, a very toxic substance located in their intestines, ovaries, liver, and skin. This poison is released when the blowfish inflates itself when threatened or disturbed. This is why blowfish is also called swellfish or puffer. This tetrodotoxin poison can affect the victim’s brain and causes paralysis, weakness, and even death. Due to this, blowfish is ranked as one of the most deadly fish in the ocean.

Blowfish is usually found in tropical waters such as Indonesia. 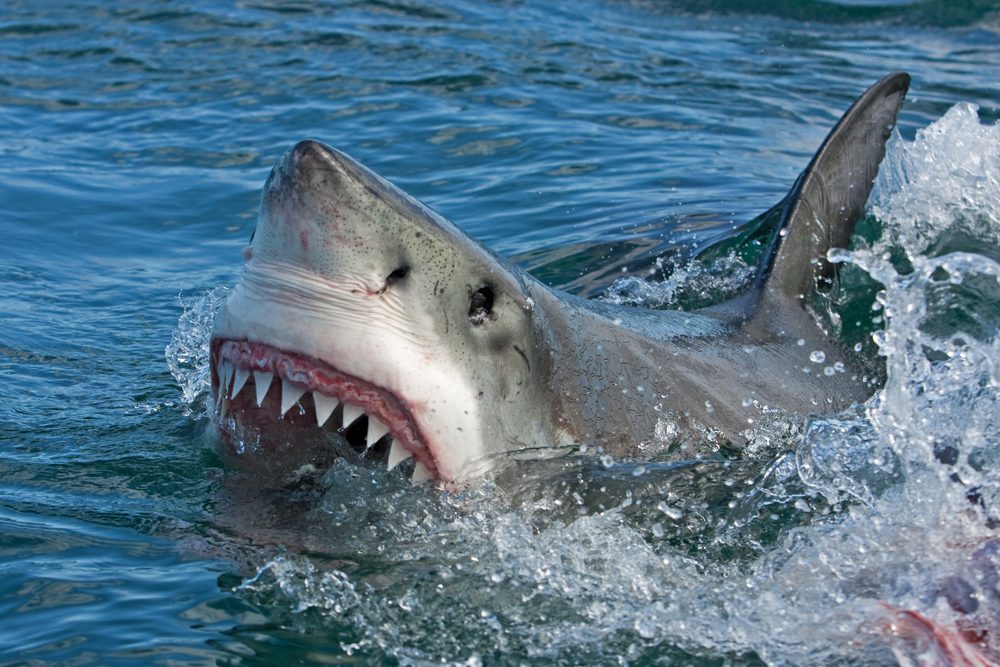 This Great White Shark does not probably need any introduction because the name already rings a bell. It is one of the most powerful and popular predators worldwide, with a lot of movies featuring it. This huge predator usually just inflicts one bite on the prey during the attack and then withdraws after that. However, a single bite of this great white shark is huge, causing serious damage to organs or tissue, resulting in death.

The Great White Shark is found in various places such as Neptune Island of Australia and Tiger Beach of Bahamas. 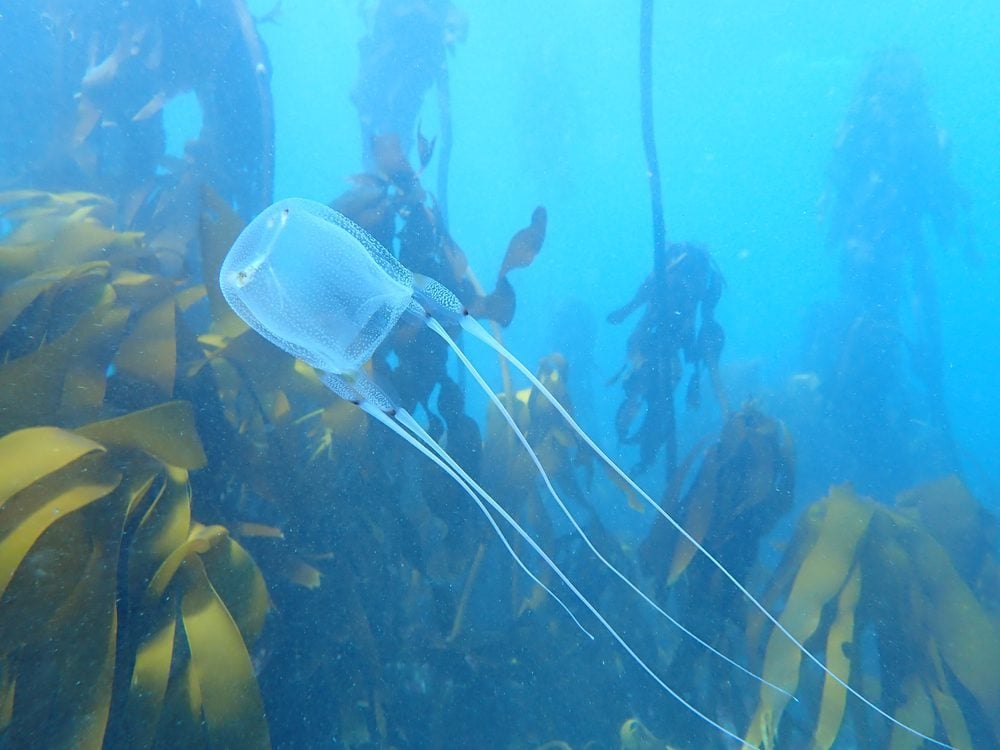 Box Jelly is considered one of the most lethal and venomous marine creatures found in Australia, Japan, or Mexico. In just a few minutes, the venom from this creature can lead to death. On the other hand, the scar from its vicious sting will be ingrained forever. The venom from the Box Jelly attacks the cardiovascular system of the victim-this will weaken the victim’s heart rate; its stings will cause excruciating pain, which may probably lead to death. 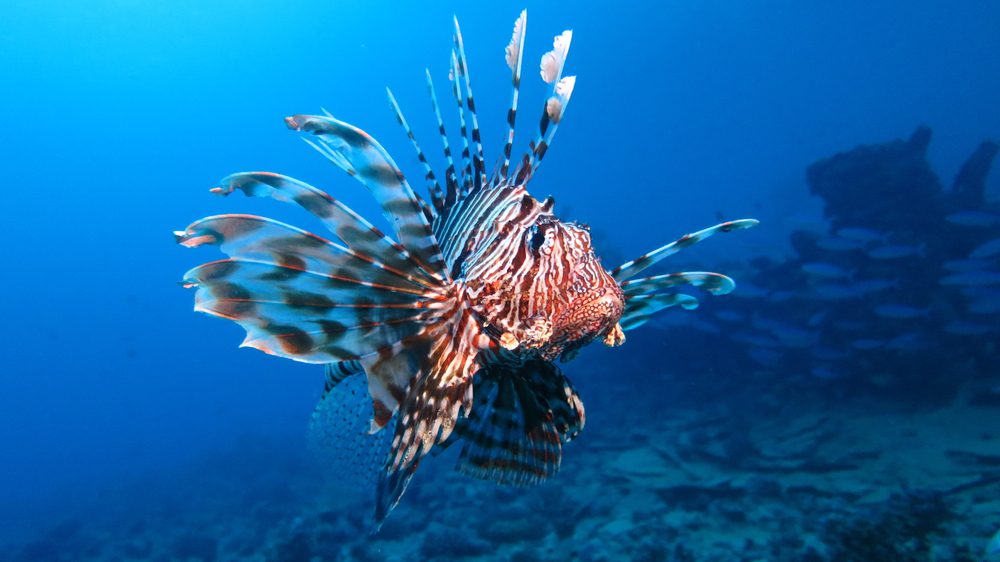 Red lionfish is one of the popular native species in the ecosystem of the South Pacific Reef. It is known for its poisonous fin spines that can produce throbbing puncture wounds, which aren’t usually fatal. This fish has unusually long fin spines in its dorsum and huge pectoral fins. Each species of red lionfish has a specific pattern of striking, zebra-like stripes. It also relies on its fast reflex and camouflage to survive and capture prey such as shrimp and fish.

Red lionfish extends its fins when it is disturbed. If it is further provoked, it attacks the possible threat with its dorsal spines. The sting caused by this fish to a human would not result in death but can cause extreme pain, breathing difficulties, and nausea.

Red lionfish can be found in the astounding waters of the Caribbean, where you can enjoy its spectacular views and the warm temperature of the sea. 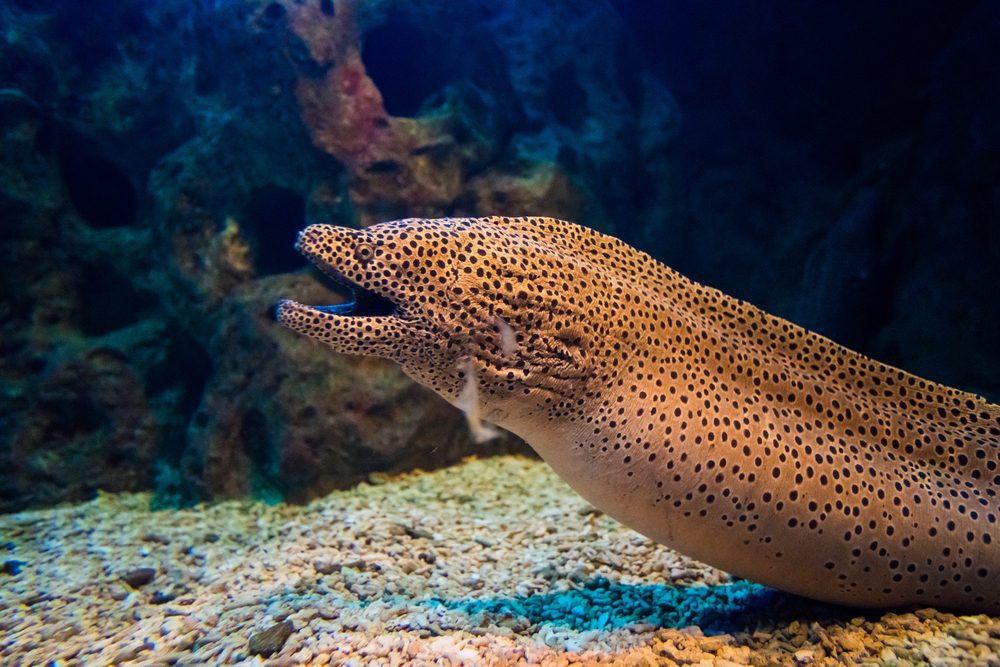 Moray eel is known for its murderous jaws, which contain firm and sharp teeth to grasp its opponent and cause serious wounds. Being one of the most deadly creatures, you may not want to disturb the moray eel if you do not want to be attacked and be its meal. There are around 80 species of this dangerous fish, and they usually live in subtropical and tropical places with shallow water so they can hide in the reefs and rocks.

Egypt, Mexico, and Belize are some of the best places where you can find moray eels and dive with them. 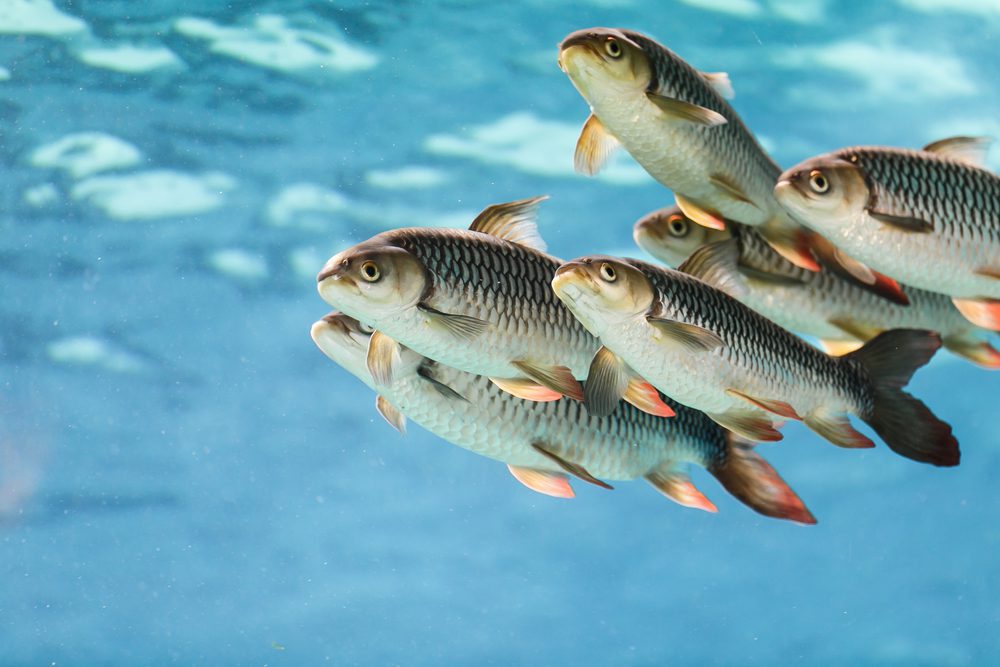 Just like how a tiger must be avoided, one must keep away from tiger fish to avoid being bitten by its sharpened teeth, which can cause great injuries to unwary swimmers. Tiger fish have distinguishable marks and lengthwise stripes, which depend on the species, and sharp teeth that extend and are prominent even with the mouth closed.

This scale-less sea creature is frequently found in the lungs of the Earth or the Amazon River. Believe it or not, Candiru is also known as vampire fish because its food source is blood. Furthermore, this parasitic creature has some anecdotes on its alleged attack on humans. It was said that they have the tendency to parasite and invade the body by entering through the urethra, which can cause bleeding, pain, inflammation, and even death.

This dangerous creature can be found in Bolivia, Peru, Ecuador, and the Amazon River. 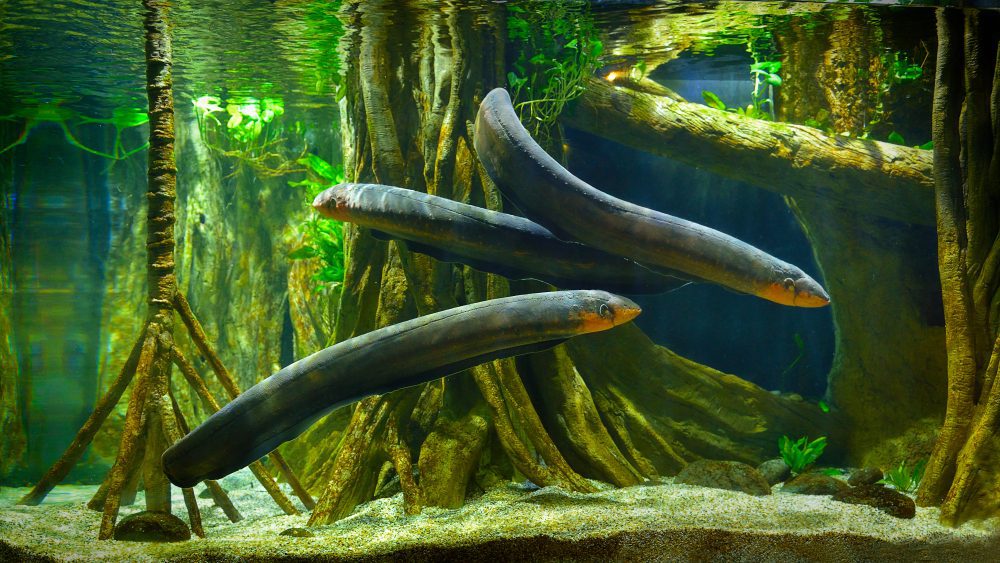 This specie with a slender snake-like cylindrical body is famously known for its literal shocking abilities. Electric Eel avoids predators and catches its prey by producing vigorous electric charges that shock its prey, making them motionless. This type of specie is commonly found in fresh water and can reach up to 22 kg in weight and 2.75 meters long in size. Electric eels can unbelievably emit an electric charge up to 330-650 volts – potent enough to shock a human!

This South American fish is frequently found in the freshwater of the Amazon River basin. 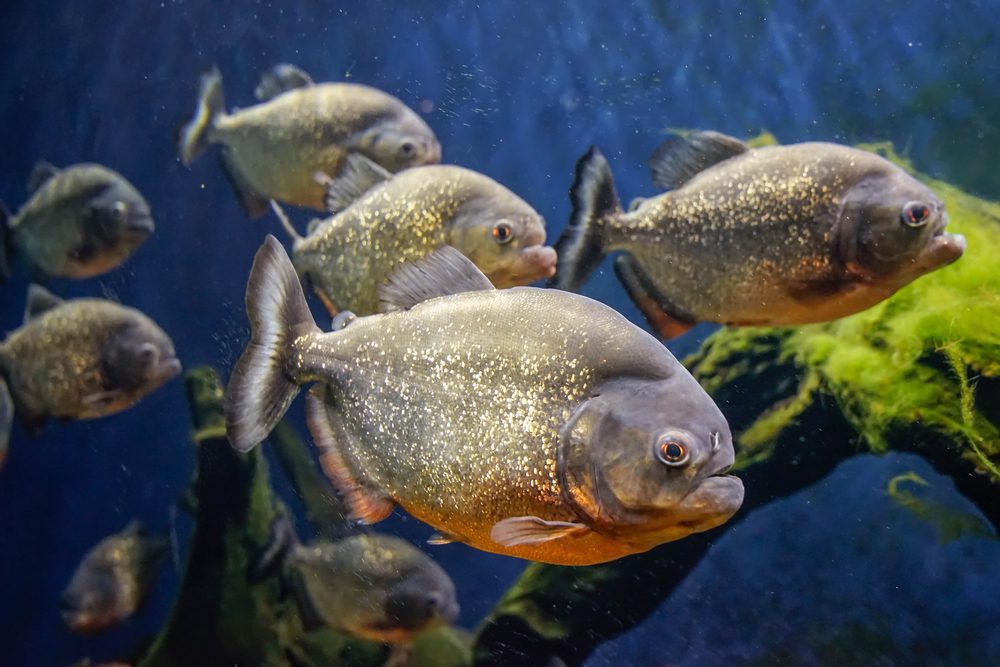 Piranhas are one of the most well-known dangerous marine creatures on earth. They possess highly sharp teeth; this creature can be amazingly use up to 20-30 times more force than their own weight when they bite—making it possible to crush one of the largest animals in just a couple of minutes.

Japan is the best country to visit if you want to dive with this vicious marine creature. 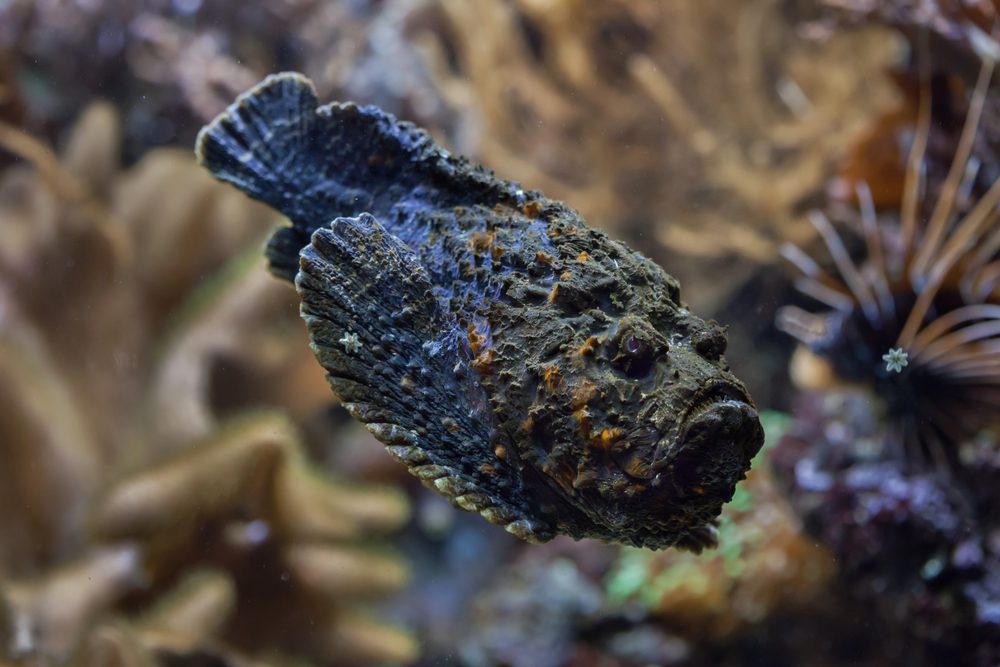 Frequently seen in the shallow waters of the Indo Pacific, this stone-looking creature lives in the bottom area of the bodies of water. Its looks is a natural camouflage making them highly arduous to find. This creature produces venom when you step on it, which can be fatal and really painful.