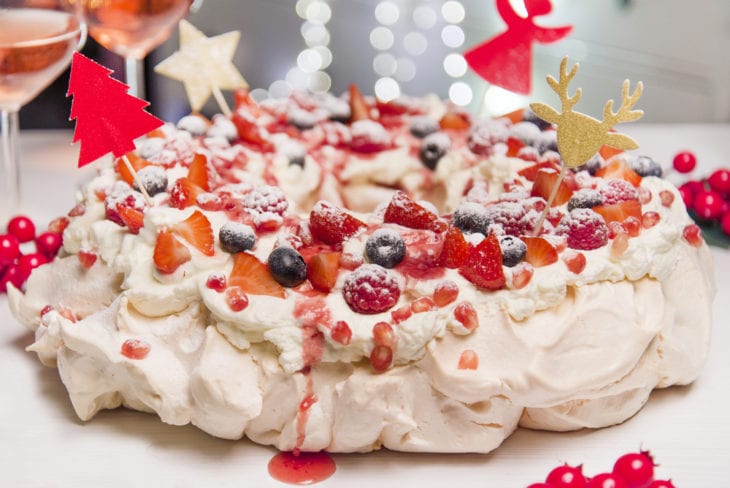 During Christmas, some of the American people prefer to spend their dinner on grandma’s or auntie’s house, which probably expected to have their delicious dishes like turkey, hams, mashed potatoes, cookies, stuffing, and many more. But as expected, these foods are not the usual menu of families from different countries. Below are the 10 most popular Christmas Foods in different countries. 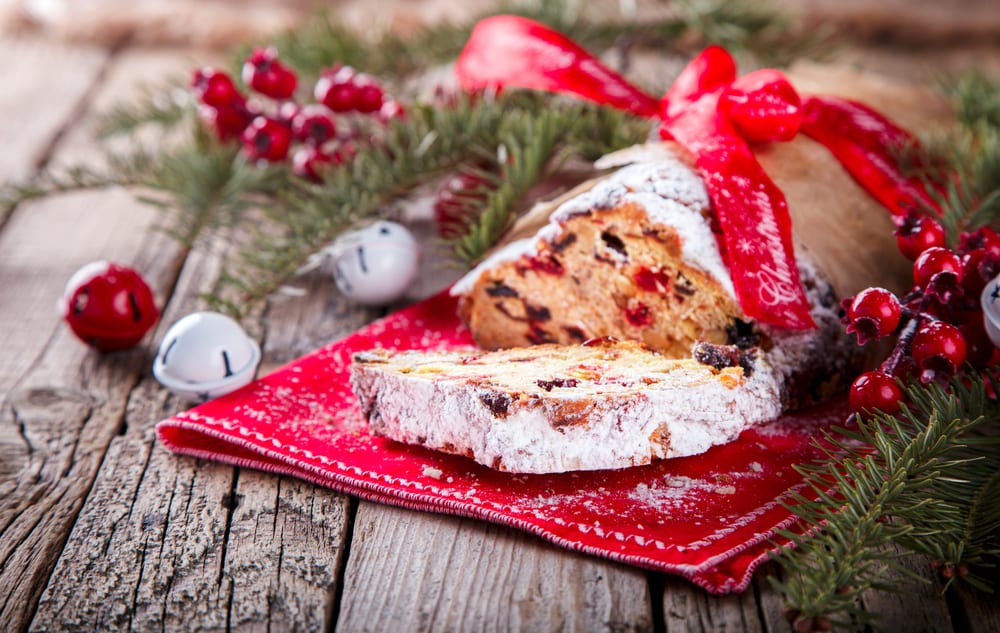 Christmas is not complete if Germans don’t have stollen in their tables, a candied fruitcake with nuts, dried fruits, spices and sprinkled with confectioner’s sugar on top of it. Some well-known treats are weihnachtsplätzchen, assorted cookies; Lebkuchen, same to gingerbread; and embossed cookies called springerle. German main menu includes roast goose, carp, weisswurst, venison, and schäufele (preserved roast ham). Potato salad is also present as a side dish. These dishes are perfect with glühwein, hot spiced wine, and feuerzangenbowle (hot powdered wine with sugar (flaming) dissolved into it) 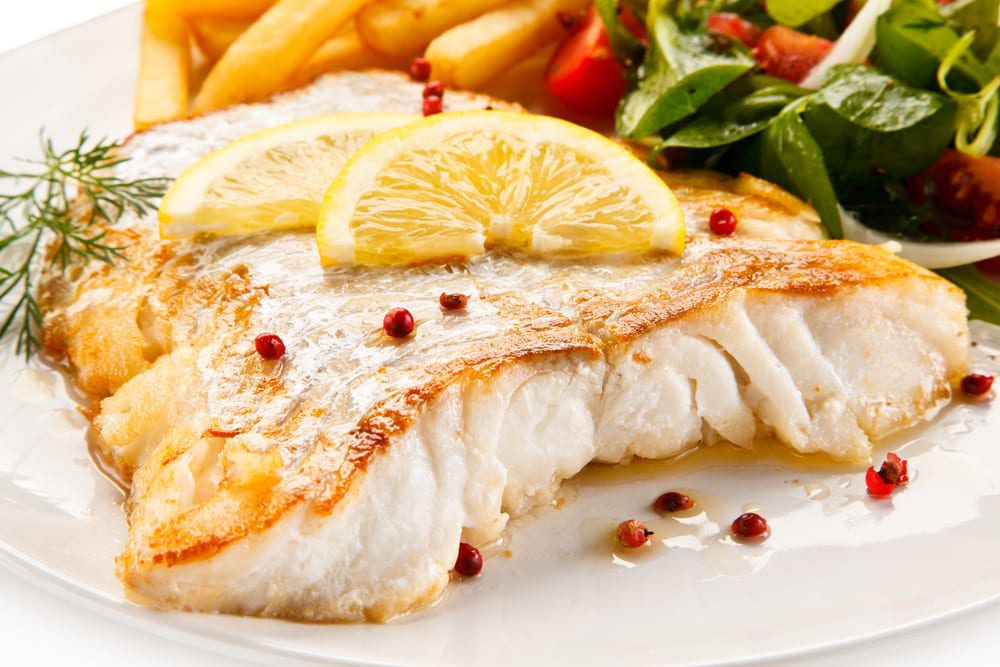 Every state of Italy has their different dishes served on Christmas Eve but the main traditional meal on Christmas dinner is called Feast of Seven Fishes, composed of these seven seafood courses, wherein seven as a symbolic number found in the Holy Bible. Linguine with Lobster or clam sauce, calamari, fried shrimp or fish, octopus salad, baccala (salt cod), shrimp cocktail, filled calamari with tomato sauce and baked cod are the famous meals in the dinner. For dessert, they have the sweet high-risen yeast bread: pandoro and panettone are famous. 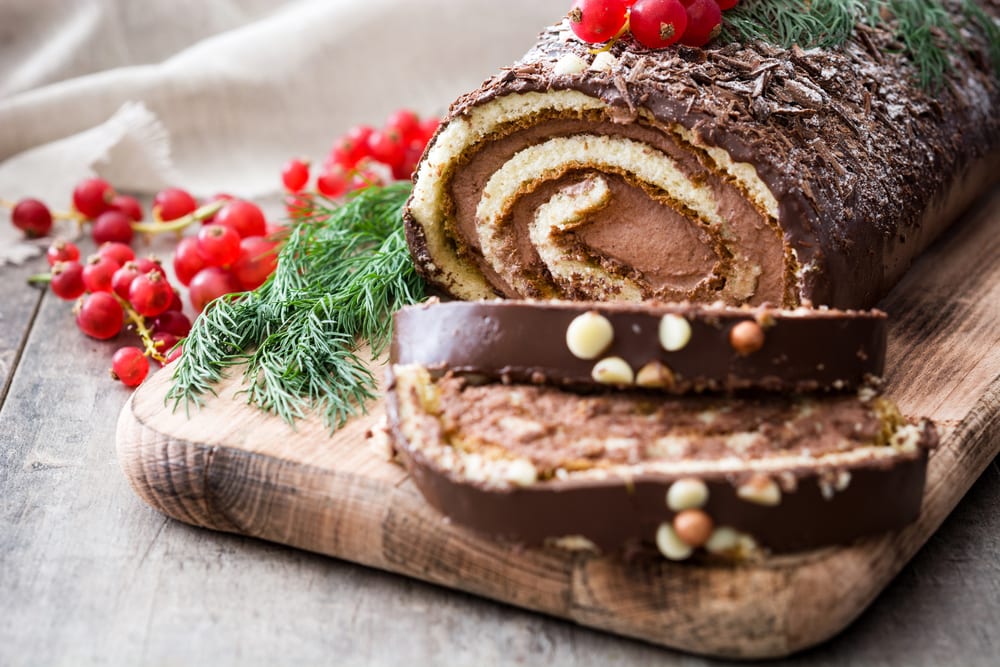 France considers Christmas dinner an abundant event in the year. Stuffed(chestnut) turkey, goose, oysters, smoked salmon, foie gras, and roast chicken are not rare to see on their Christmas tables. Commonly served is Bûche de Noël, known as yule log, as listed as a popular dessert and Provence 13 sweets or desserts, which represents Jesus and his 12 apostles.

Sweden is a Nordic country. During Christmas, they serve in dinner the smörgåsbord-style, or they called it Julbord. The visitors have a lot of dishes that they can choose from. The perfect meal includes spare ribs, Swedish meatballs, sausages (flaskkorv, prinskorv, and isterband), ham, rye bread with added orange peels, pickled herring, cabbage, beets, and cheeses. This white-colored fish with lye also known as Lutefisk is also familiar, perfectly added with lots of glogg or mulled wine. For dessert, they have the rice pudding called Julgröt where you can see a hidden almond inside. 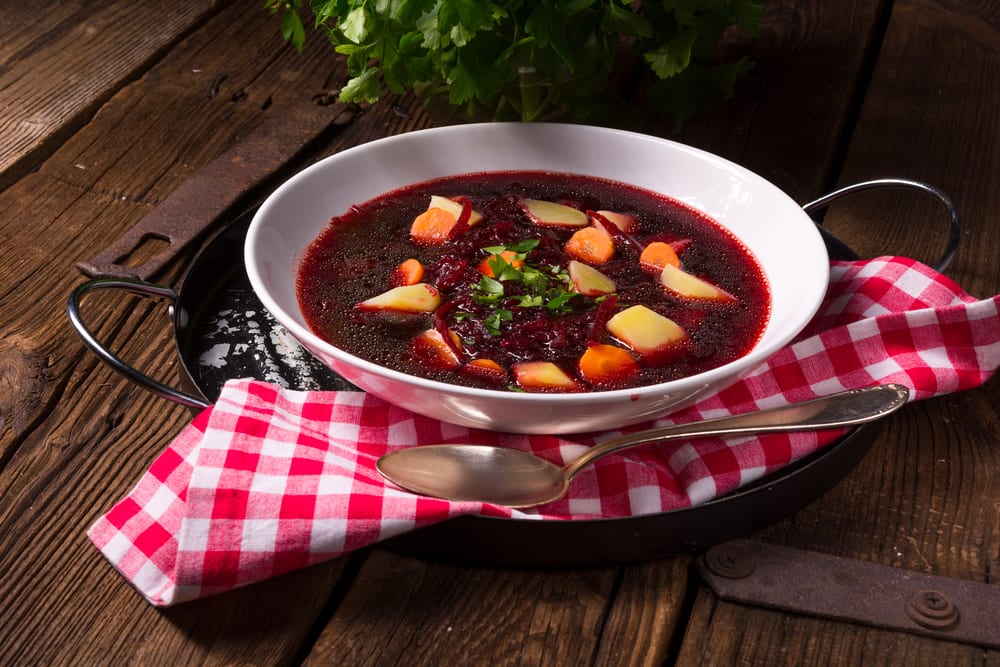 Poland considers Christmas Eve as meat-free, and they have 12 delicious dishes that are commonly present during dinner, which represents the twelve apostles. And these delicious dishes are carp with added potato salad, pierogi, pickled herring, barszcz or borscht with filled dumplings called uszka, rollmops, cabbage rolls, mushroom soup, salads, and potato dumplings. 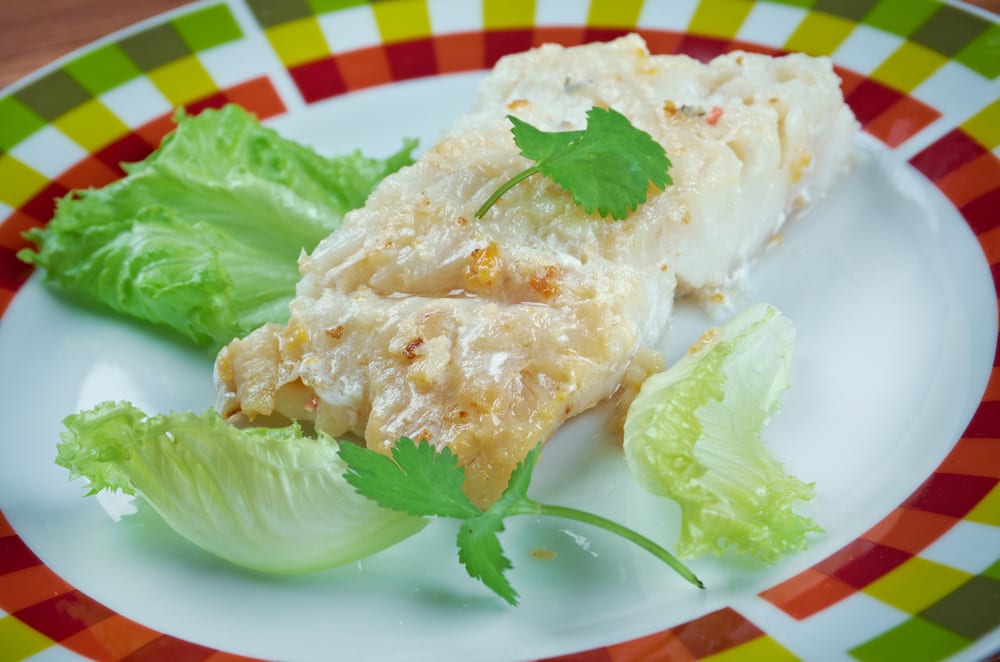 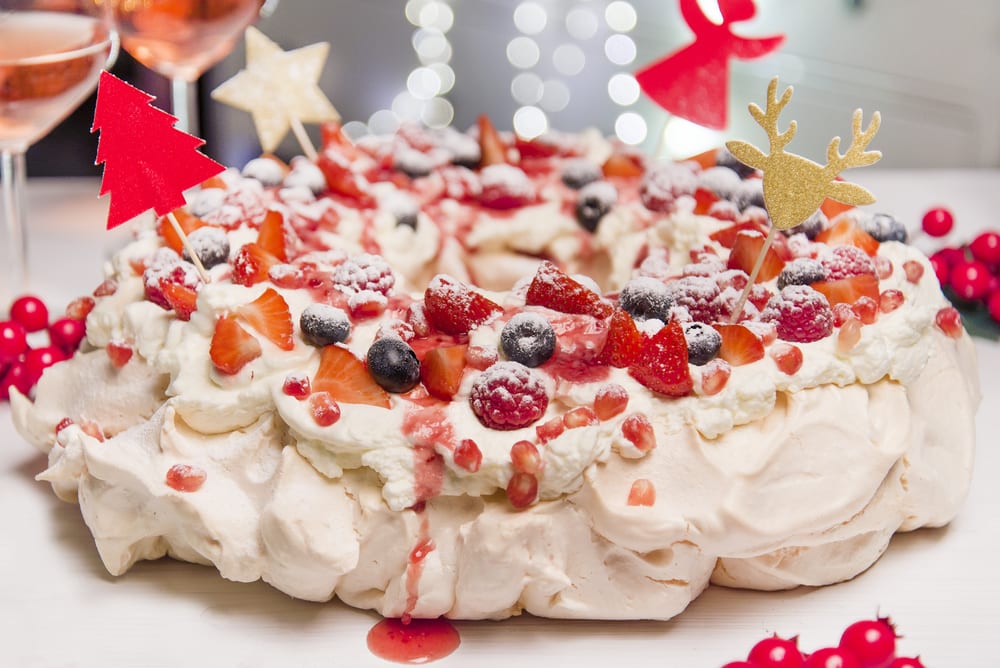 The famous dishes that are served in New Zealand are ham, mince pies, Christmas pudding with sausages, and turkey. New Zealand has their famous dessert too. It is called pavlova and a delicious crispy crust, with cream (Chantilly) for holiday and pomegranate seeds at the top of it. 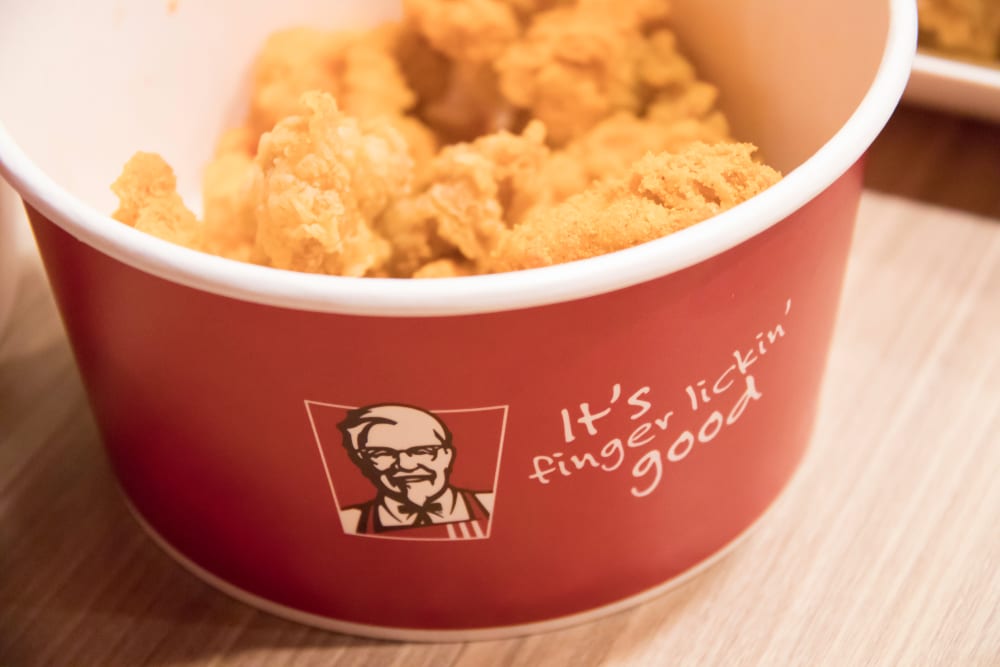 Would you believe that Japanese people prefer to take out KFC foods during Christmas Eve rather than to cook? Yes, KFC is the famous food in Japan. They take their orders two months before Christmas. Also present is Japan’s Christmas cake (whipped cream with toppings of strawberries). 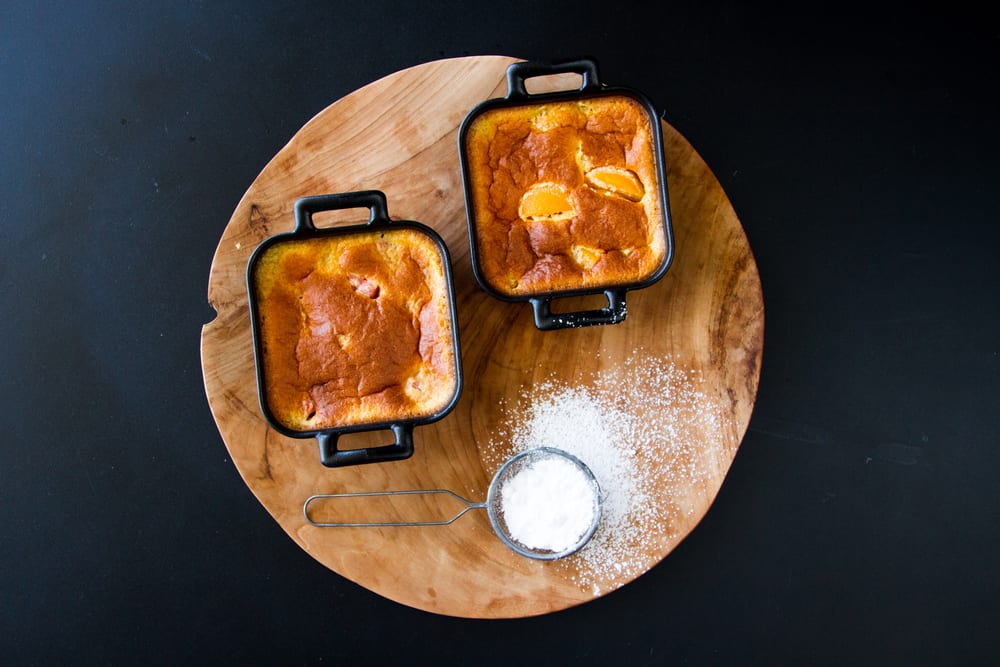 Christmas happens in the midst of summertime in the south portion in the equator. Therefore in the South Africa, it is not unusual to see people having grilled foods in their table. For many decades, South African people served dishes like roast beef, duck or turkey, suckling pig, yellow rice, vegetables and mince pies. Malva, a spongy and sweet cake pudding, is the famous dessert they have. 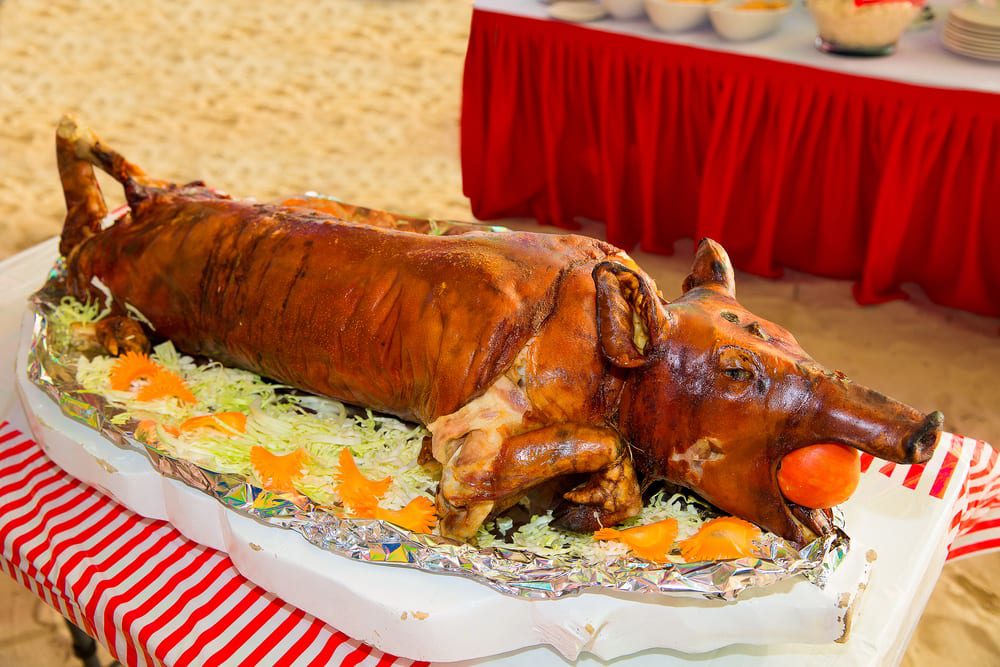 Whole roast pig or they called it lechon, is the popular and usual centerpiece of Filipino dish during Christmas. Together with queso de bola, ham, morcon, pancit (noodles with vegetables and meat), kaldereta( stewed goat) and mechado (stew-like beef). Their unique desserts include bibingka (layered dessert cooked from rice flour, butter, coconut milk, and sugar) and puto bumbong ( sweetened purple rice with coconut on it).

10 Most Expensive Chocolates In the...