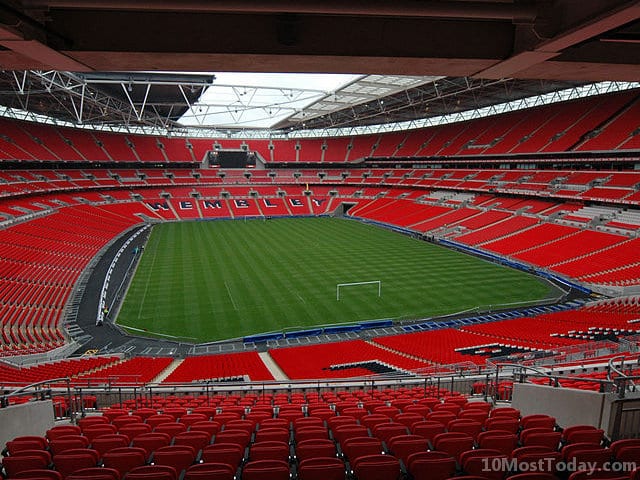 I previously posted the list of the 10 largest stadiums in the world. Surprisingly, not a single European stadium made the list, and I only mentioned Camp Nou in Barcelona as the 11th largest in the world. So I think it’s now time for a list of the largest European stadiums, some of which were already mentioned as the best locations to watch a football match in the continent.

1. Camp Nou, Barcelona, Spain – 99,354 spectators. The Camp Nou is the largest stadium in the continent. It’s a football stadium, home to F.C Barcelona. Despite its name, Camp Nou (Catalan for New Field) is not that new: it opened in 1957, expanded in 1982, and most recently renovated in 2008. The stadium is definitely one of the most famous stadiums in the world, and If you’re in Barcelona, one of the best attractions in the city is watching a football match of F.C Barcelona in their home stadium 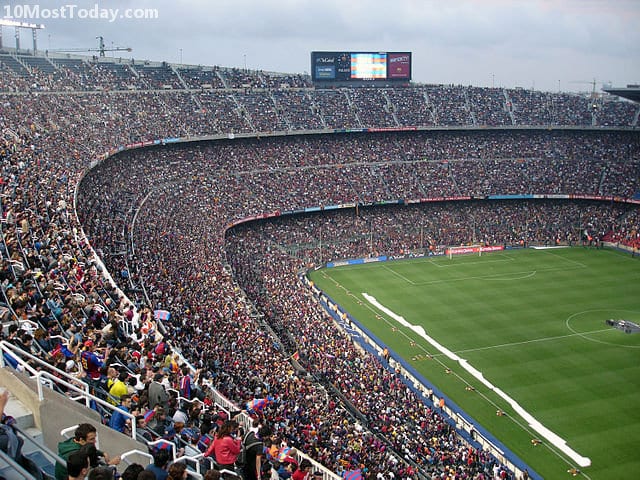 2. Wembley Stadium, London, England – 90,000 spectators. Not that far behind Camp Nou, the beautiful Wembley stadium in London is the second largest in Europe and the largest in the United Kingdom, with a capacity of 90,000 spectators. The stadium was opened in 2007 and holds football games, rugby games and even concerts

3. Croke Park, Dublin, Ireland – 82,300 spectators. Built in 1884 and renovated in 2004, the Croke Park stadium in Dublin is owned by the Gaelic Athletic Association and holds primarily Gaelic games, the most important events being the annual finals of Gaelic football and hurling. Croke Park is the largest stadium in Europe not used for football 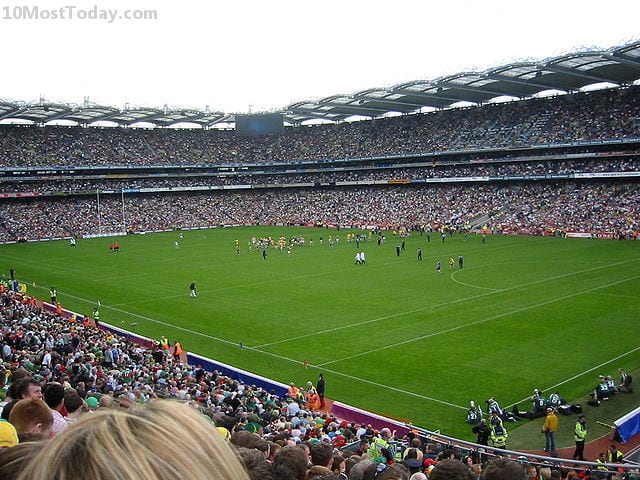 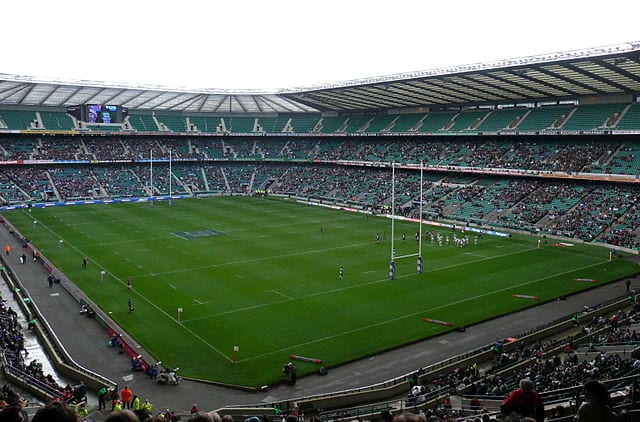 5. Stade de France, Paris, France – 81,338 spectators. Construction for the stadium began in 1995 and was completed in 1998, in time to host the 1998 FIFA World Cup final. The stadium is used for football, rugby, concerts, and various other sports fields. As of today (2015), the Stade de France is the only stadium in the world that have hosted both a Football World Cup final and a Rugby World Cup final. The only regular tenants of the stadium are the France national football team and the France national rugby union team 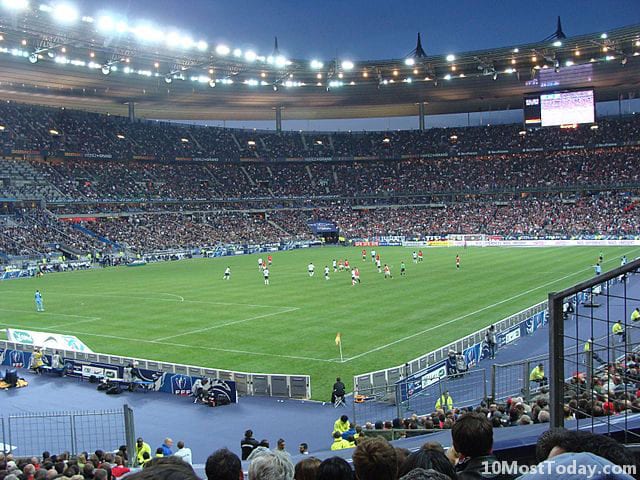 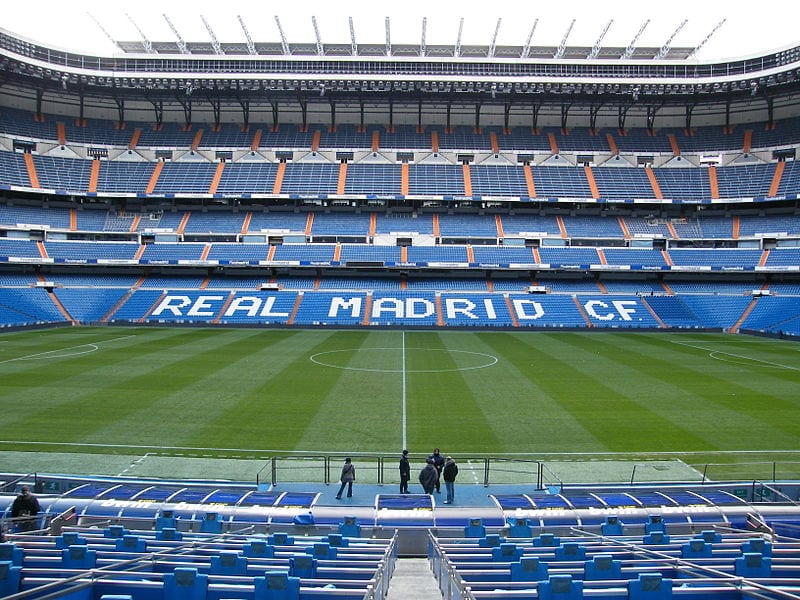 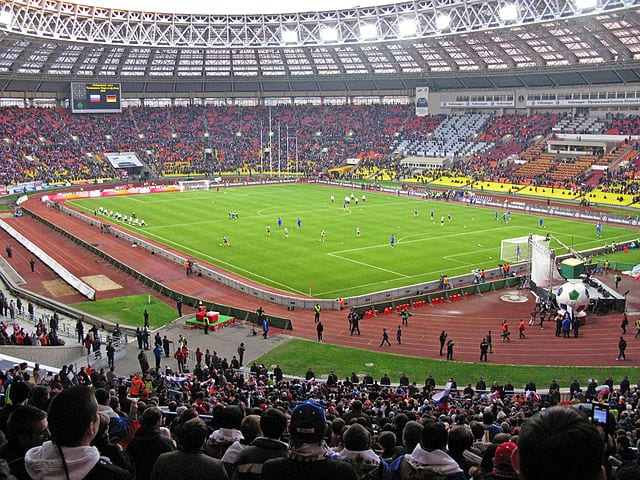 8. Westfalenstadion (Signal Iduna Park), Dortmund, Germany – 80,667 spectators. The Westfalenstadion opened in 1974 and since been home to Borussia Dortmund football team. The home team is known for its wonderful supporters which always fill the stadium and push the team forward throughout the game. If you get the chance, don’t  miss a visit to the stadium to watch Borussia Dortmund in action 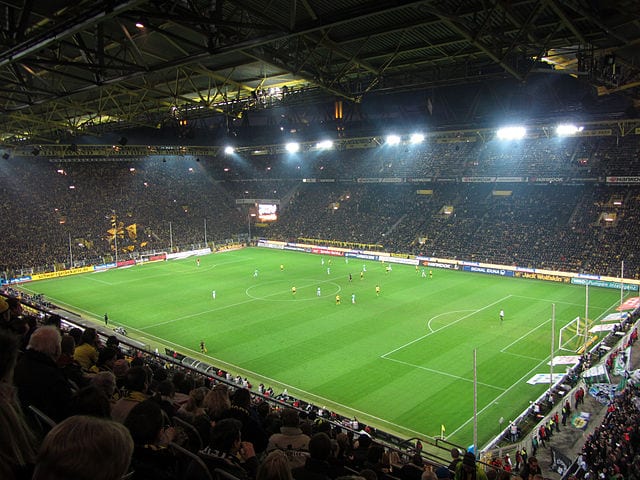 9. San Siro (Giuseppe Meazza Stadium), Milan – 80,018 spectators. The San Siro was built from 1925 till 1926. It has been the home stadium for A.C Milan since 1926, and the home stadium for Inter Milan since 1947. The stadium is known as one of the best in Europe because of the proximity of the stands to the field. Watching a game at the San Siro is always a great experience (and one of the best attractions in Milan), but it’s even better if you happen to catch the Milan Derby between A.C Milan and Inter, or as it’s called in Italy: Derby della Madonnina 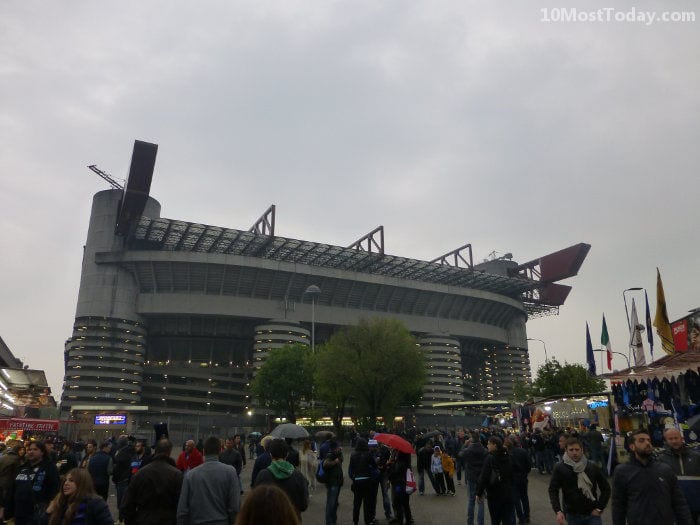 Next on the list should be the London Olympic Stadium, with 80,000 spectators, built between 2008 and 2011 for the 2012 Summer Olympics. However, the stadium is currently undergoing renovations at the end of which it will only have the capacity of 54,000 and be the home stadium for West Ham United Football Club 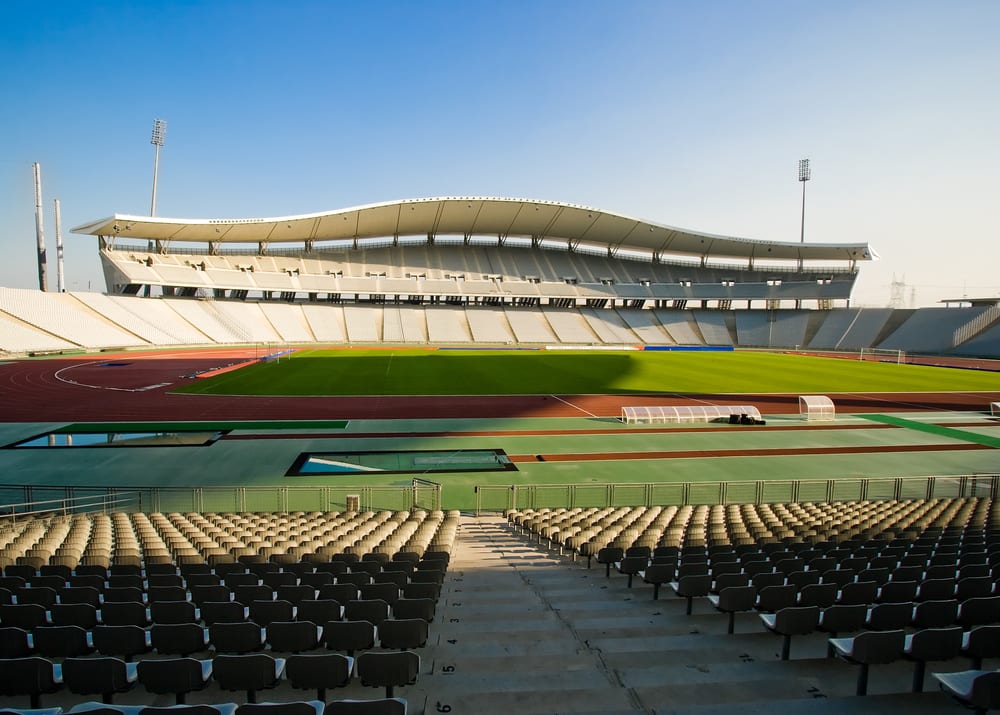 10 Most Visited National Parks In The...