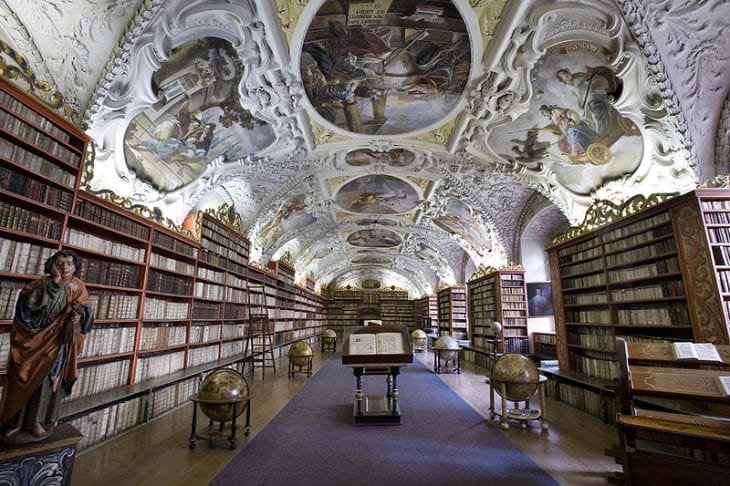 Before you is a list of 10 beautiful libraries with outstanding interior design. Some of these libraries are centuries old and hold large collections of books that some are well over a thousand years old! Some of the libraries we mentioned here are national libraries while others are libraries of an abbey, but all of them are well kept and decorated with sculptures, ceiling paintings or other decorations.

Admont Abbey is known for its library which is arguably the largest monastic library in the world. Built in 1776, the big and impressive library hall is a work of art by itself, with ceiling consists of cupolas showing the stages of human knowledge, along with 48 windows which provide natural light to the long and wide room 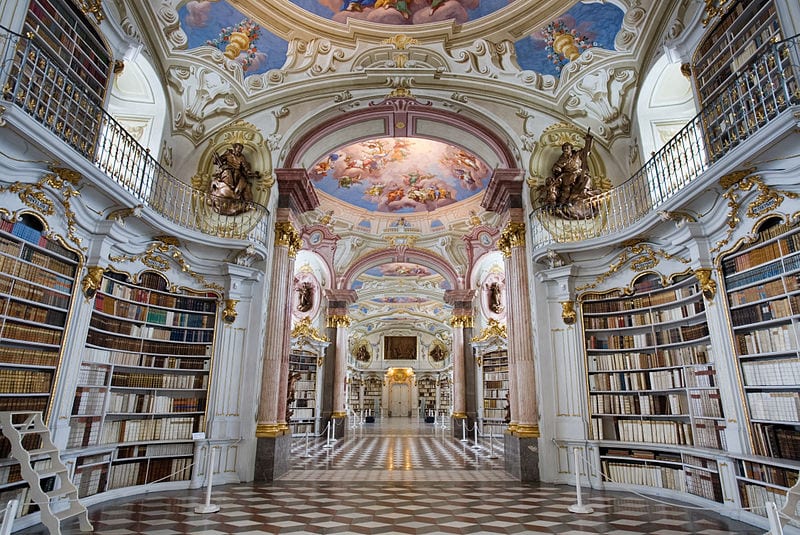 Saint Gall Abbey existed since 719 and, along with its library, has been awarded as a cultural World Heritage Site. The library of the abbey holds 2,100 manuscripts, some of which date back to the 8th century. The ceilings and the rest of the decor cannot be overlooked 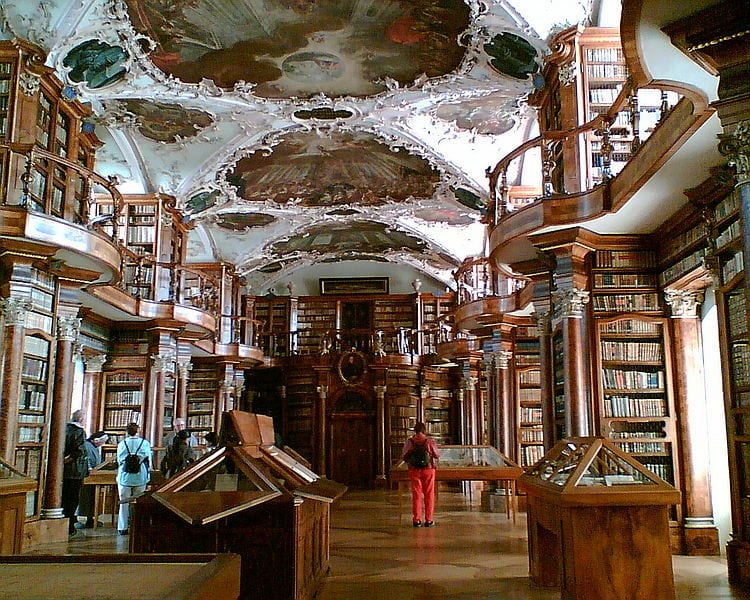 Strahov Monastery was founded as early as 1143. The library of the monastery, which looks more like a museum room than a library, holds a collection of more than 200,000 volumes. It is also claimed that the library has two secret passageways that, just like in the movies, are concealed with book shelves 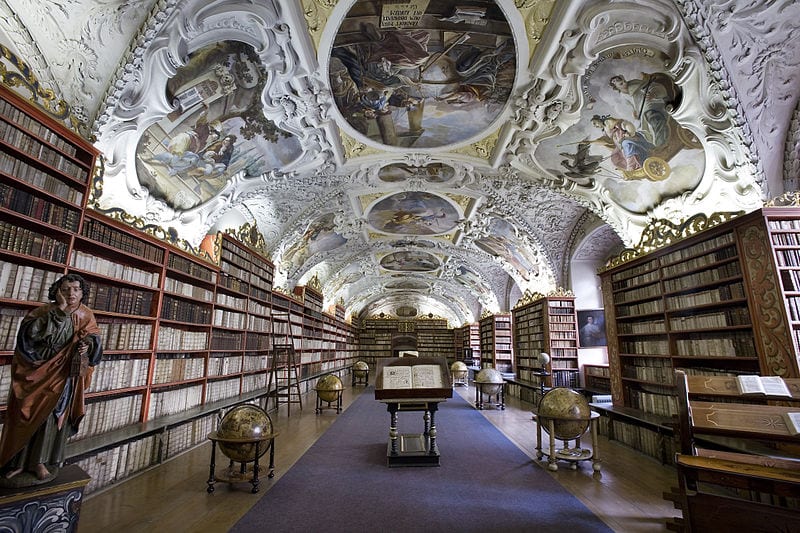 El Escorial is a historical residence of the King of Spain, located about 45 km (28 mi) from Madrid. El Escorial is a UNESCO World Heritage Site that acts a royal palace, a museum, a monastery, and even as a school. King Philip II of Spain, that ruled during the 16th century, donated to the library of El Escoria his own personal collection of documents. The beautiful library was planned by Juan de Herrera and the remarkable ceilings were painted by Pellegrino Tibaldi 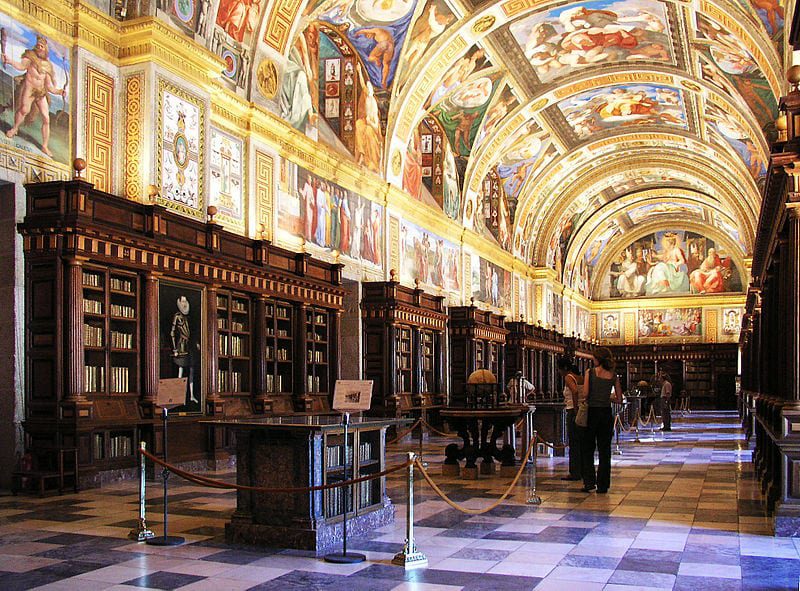 Melk Abbey was founded in 1089, and with the Monastic school that was founded in the following century, the library of the abbey began to grow a reputation for its impressive manuscript collection. Impressive as the book collection may be, the room that holds them is at least as impressive. The Abbey itself is beautifully located on a tall position overlooking the Danube river 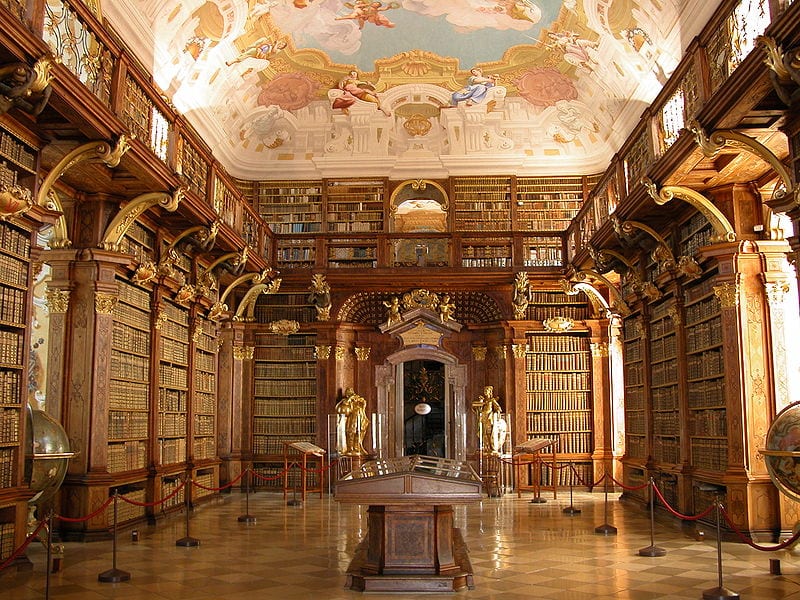 The main building of the National Library of the Czech Republic is the historic Clementinum building, which still holds about half of the entire collection. The collection includes, except for many books and manuscripts, a unique collection of Mozart’s personal effects 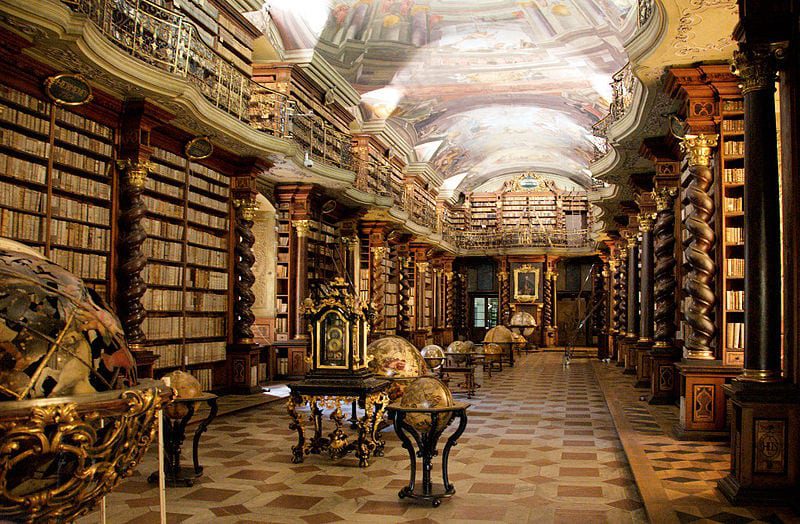 Completed in 1723, The National Library of Austria is located in the Hofburg Palace and holds a vast collection of more than 7.4 million items 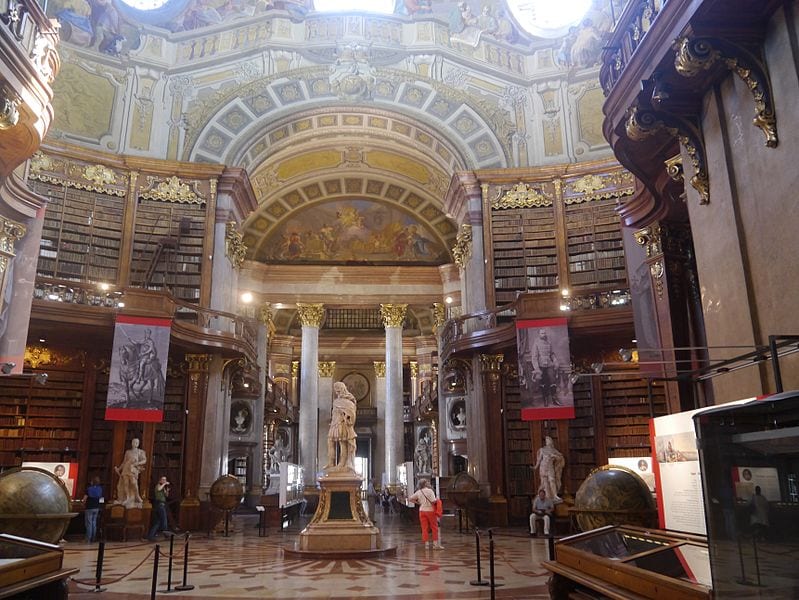 Trinity College Library is one of Dublin’s best tourist attractions. It was founded in 1592 by Queen Elizabeth I. The Trinity College Library is home to over a million books, the most famous being the “Book of Kells”. The book was written around 800 AD and is famous for being one of the most beautiful manuscripts in the world. Its 680 vellum pages contain the text of the Four Gospels in Latin 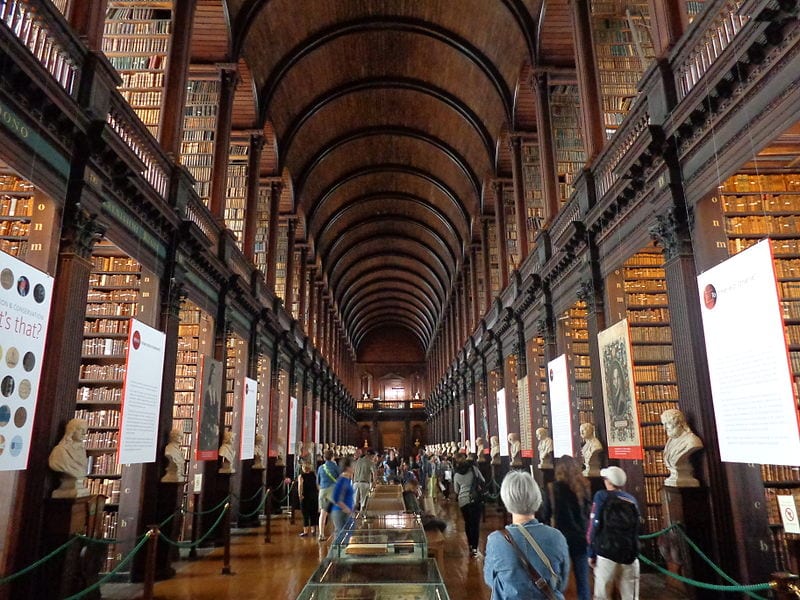 The National Library of France thrives hold everything published in France. It was established as early as 1461 and moved to the building located in rue de Richelieu in Paris in 1868. In 1996 the construction of the latest building was completed and most of the collections moved there, but some collections remained in the historic building. At times the National Library of France was the largest library in the world by number of books 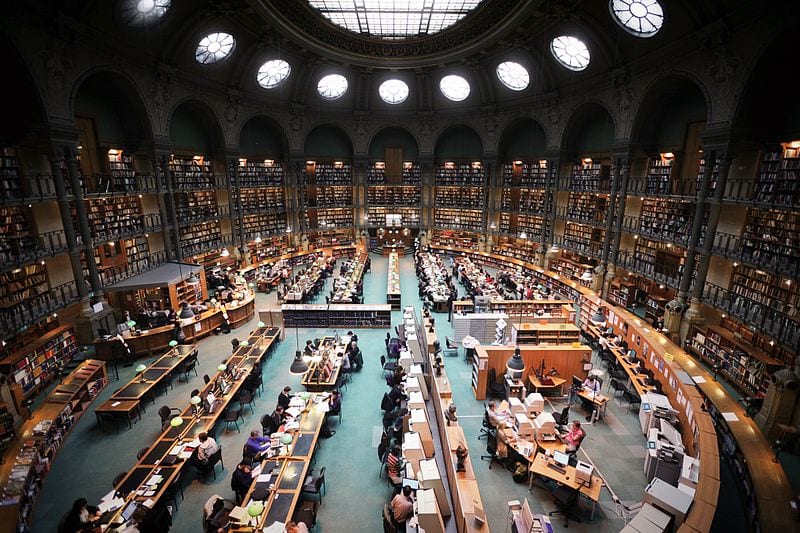 The Library of Congress is the largest library in the world by number of books. The library spreads over three buildings, in which the oldest and most beautiful is the Thomas Jefferson Building that was built between the years 1890 and 1897 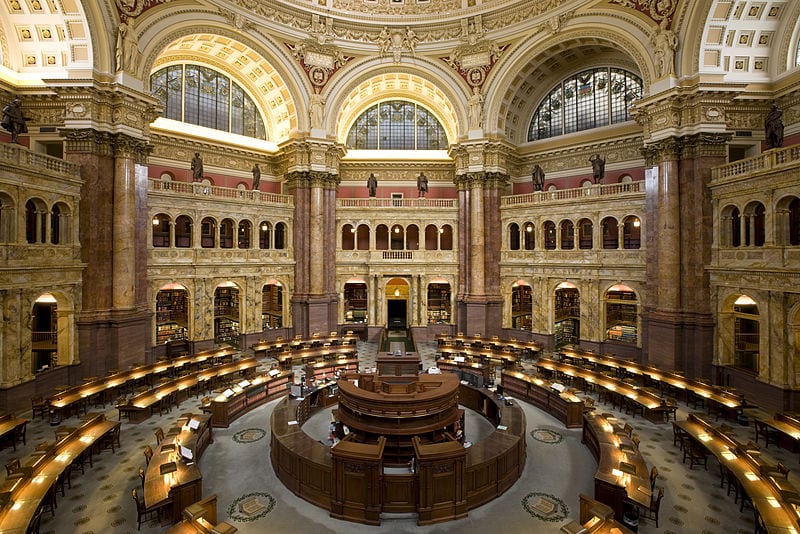