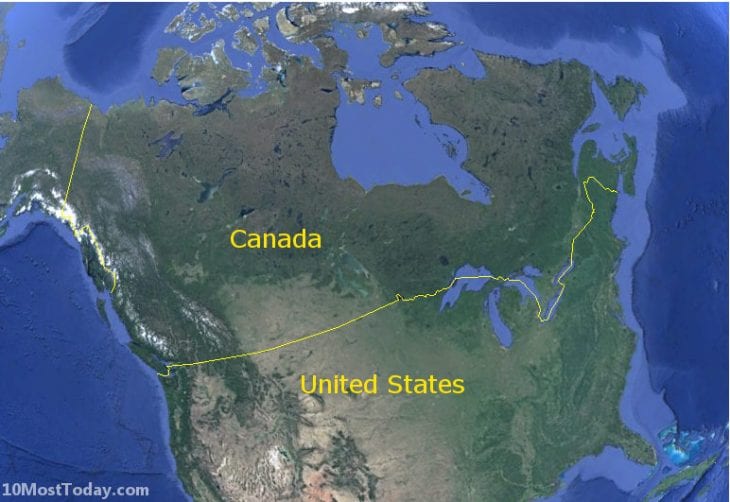 With waves of immigrants and refugees on the move from Africa and the Middle East to Europe, and from Central America and South America to North America, building walls, fences and other obstacles along land borders between countries is becoming a common thing. The United States has fortified its 3,141 km (1,951 miles) long border with Mexico, and in Europe a wall frenzy is on the go as Croatia and Hungary are now building walls on their borders with Serbia. Slovenia is building a wall on its border with Croatia, while Austria is building a wall on its border with Slovenia – all to stop the massive waves of immigrants and refugees coming from Syria, Iraq and other countries.

So with walls rising along land borders, I thought it would be interesting to list the world’s longest land borders between any two countries

1. Canada – United States: 8,893 km (5,525 miles) – Canada, the world’s second largest country, and the United States (fourth largest) share the longest international border between two countries in the world. The border has 2 segments: From north to south, along Alaska (the largest state in the US) and Yukon in Canada, and from east to west, along 12 other US states and 7 Canadian provinces. Canada shares a land border only with the United States, while the United States shares a second land border with Mexico 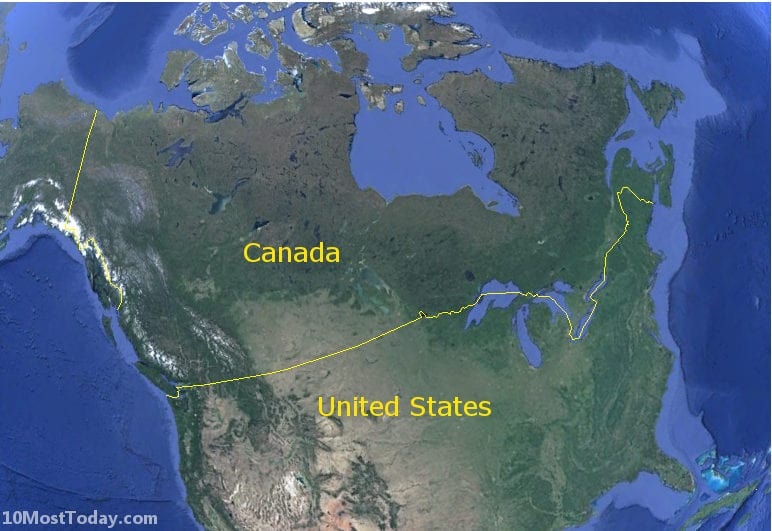 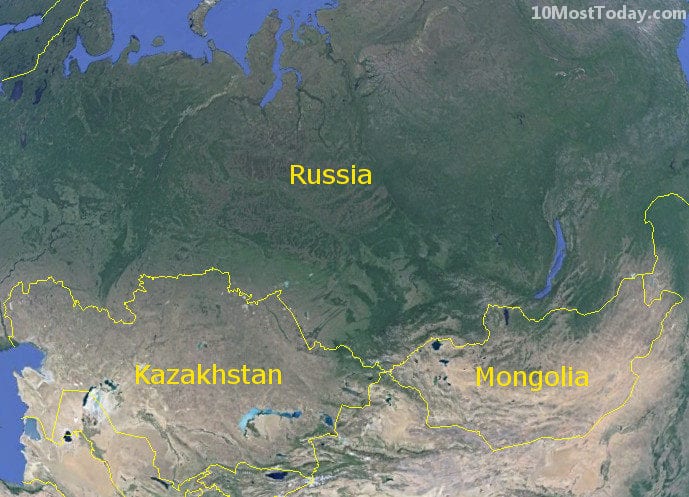 3. Argentina – Chile: 5,300 km (3,293 miles) – Argentina is the 8th largest country in the world, and while Chile is much smaller than Argentina (about a quarter of its size) – its long narrow form puts their shared border as the third longest in the world 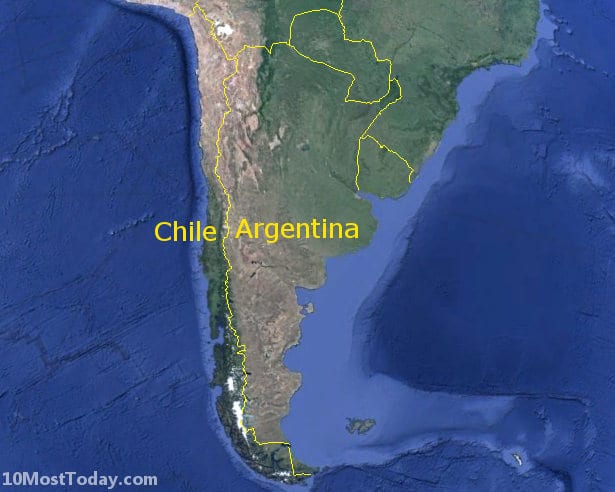 4. China – Mongolia: 4,677 km (2,906 miles) – China is the third largest country in the world, and with a total land borders of 22,147 km (13,761 miles) shared with 16 countries, it’s bound to be listed here a few times. China’s longest border is with its neighbor to the north: Mongolia, which also shares one of the world’s longest borders with it’s neighbor to the north: Russia 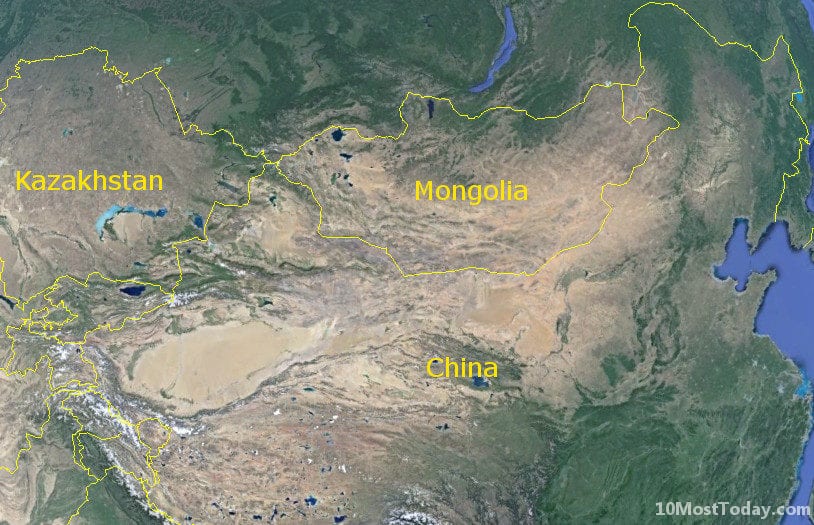 5. India – Bangladesh: 4,053 km (2,518 miles) – India is the 7th largest country in the world and third largest in Asia. It has borders with 7 countries. But the longest border is with the small country of Bangladesh, which is around 5% of the size of India. The reason for that is that the India-Bangladesh border is splitted to 199 different segments, created by the 92 Bangladeshi enclaves inside India, and 106 Indian enclaves inside Bangladesh 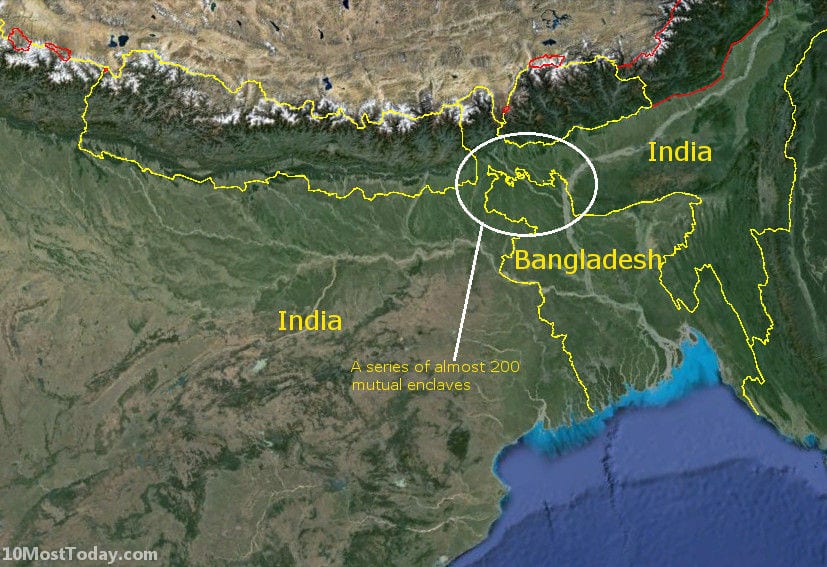 6. Russia – China: 3,645 km (2,265 miles) – Back to China and Russia: Despite the fact that Mongolia and Kazakhstan stand between those two giant countries, they still share a mutual border long enough to be the 6th longest in the world 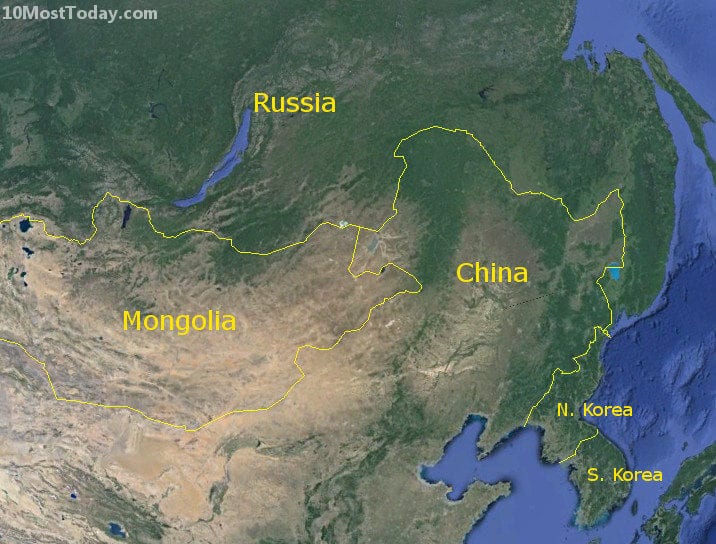 7. Russia – Mongolia: 3,543 km (2,201 miles) – Amazingly, three of Russia’s 14 land borders are among the world’s 10 longest land borders. And like Kazakhstan and China before, this border is also with a neighboring country to the south. As to Mongolia, it only has 2 land borders: with Russia and China, but both are among the longest in the world

8. Brazil – Bolivia: 3,400 km (2,112 miles) – Back to South America, Brazil is the 5th largest country in the world, and shares a land border with 10 countries. Its longest land border is with Bolivia 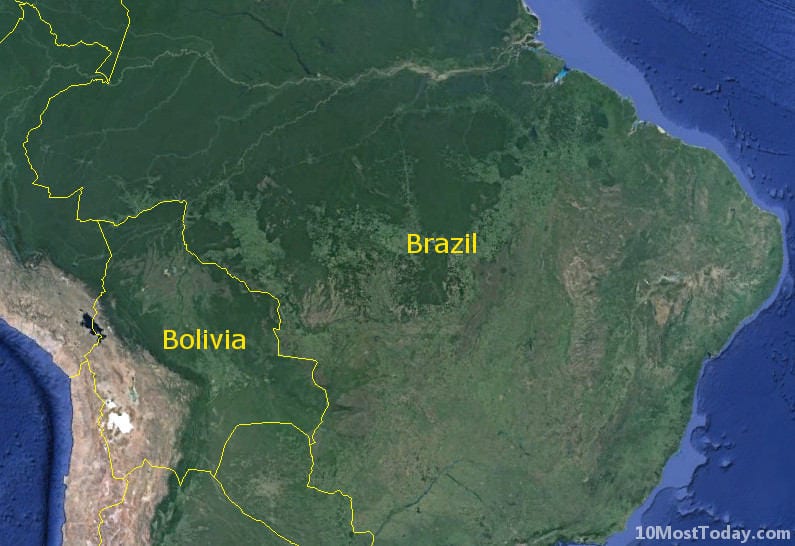 9. China – India: 3,380 km (2,100 miles) – The China – India border is China’s third longest land border and India’s second longest. The border between in the countries is in more than a single section, and the main section is the “Line of Actual Control” around the Kashmir region which includes many disputed parts 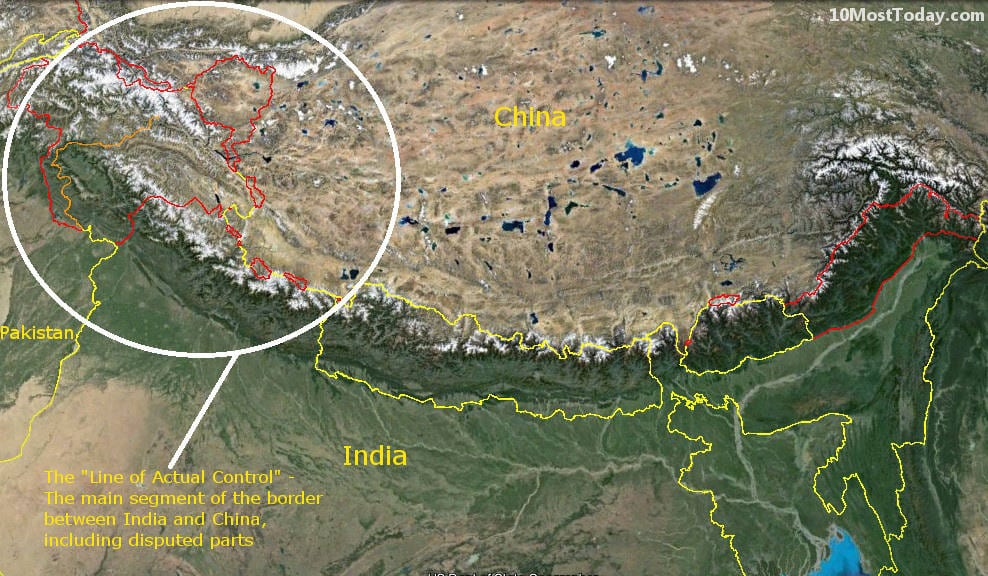 10. United States – Mexico: 3,141 km (1,951 miles) – While the United States shares a land border only with Canada and Mexico, Mexico itself shares borders with the United States, Guatemala and Belize. This border is the most frequently crossed international boundary in the world, with around 350 million legal crossings every year. The United States put up a barrier along this border trying to stop the flow of illegal immigrants. The barrier is a series of walls, fences, sensors and cameras 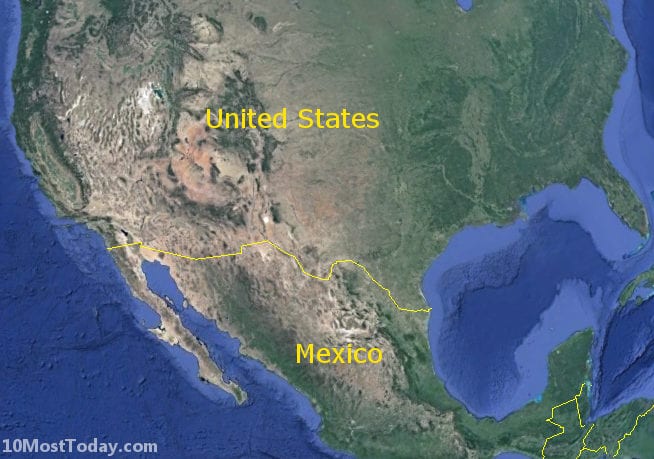 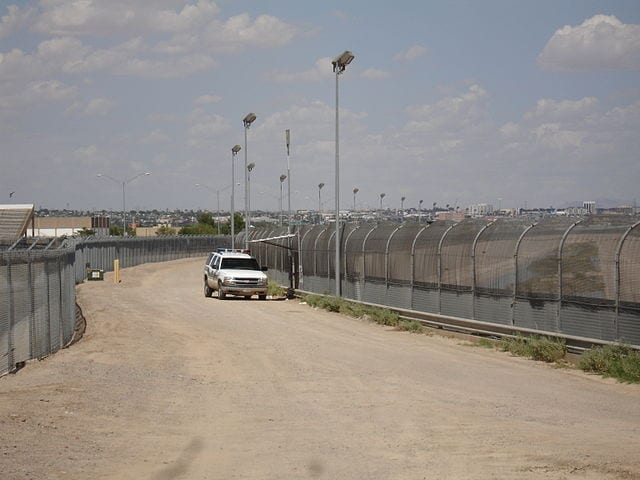