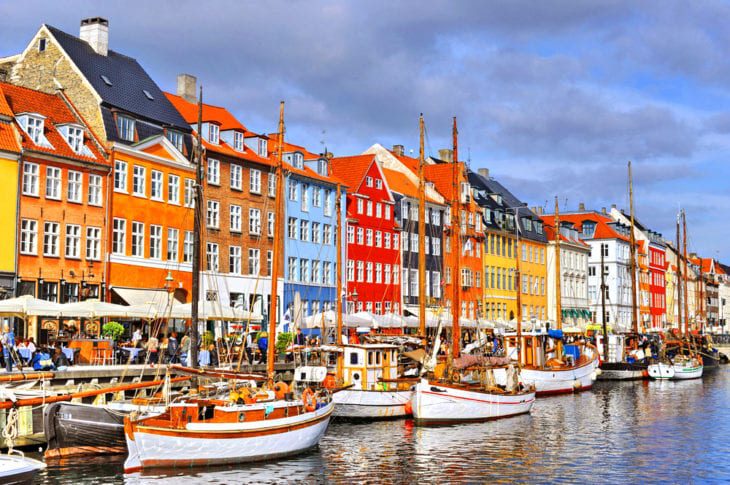 What depicts the beauty of one city? It is based on different factors like people, cleanliness, landscape, architectural style, peacefulness and so on. The colors do play a vital role in achieving the city’s extraordinary beauty. Here are the 10 vibrant cities around the world. 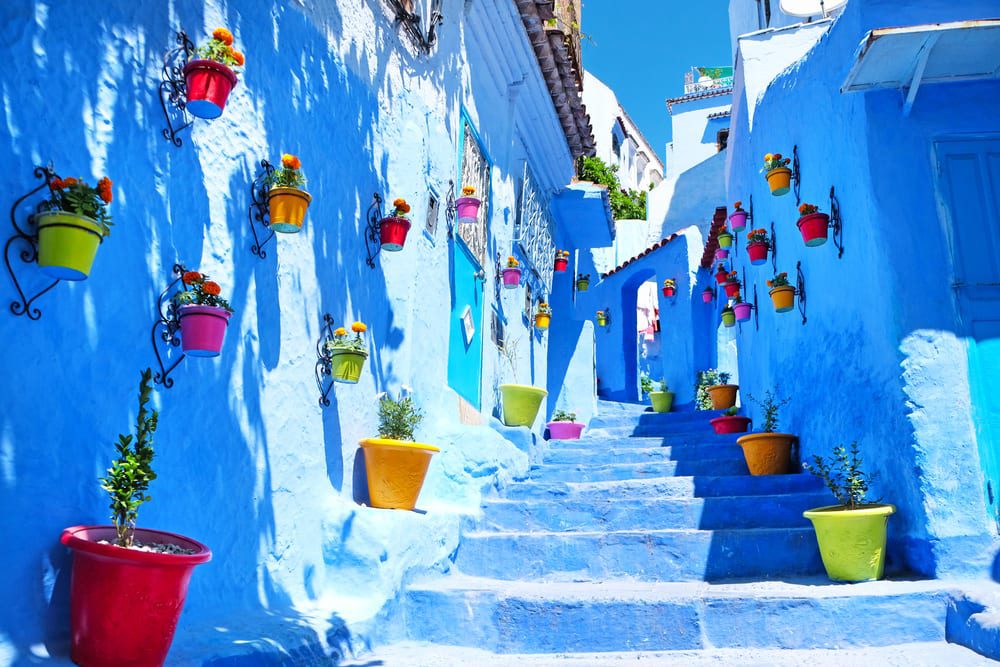 This beautiful, tiny city of Chefchaouen lies Rif Mountain of Northwest Morocco. This place is known for its eye-catching, intense blue-washed buildings. This bluish design was introduced in 1930 by the Jewish refugees. The color blue in Judaism is considered to be the symbol for heaven and sky. It also suggests that people should live with spiritual awareness.

Chefchaouen natives routinely repaint their buildings in shade of blue to commemorate the old tradition of Jewish and keeping its history alive. This village shines differently at various time of the day. It looks like a clear blue world of water during Wet condition.

It was also implied that the Chefchaouen’s bluish shade is capable of keeping mosquitoes away since they never like clear waters. This scenic place is inhabited by 40,000 people and it has a very serene atmosphere. This historic and beautiful town offers inexpensive restaurants, shops, cafes, and accommodations. 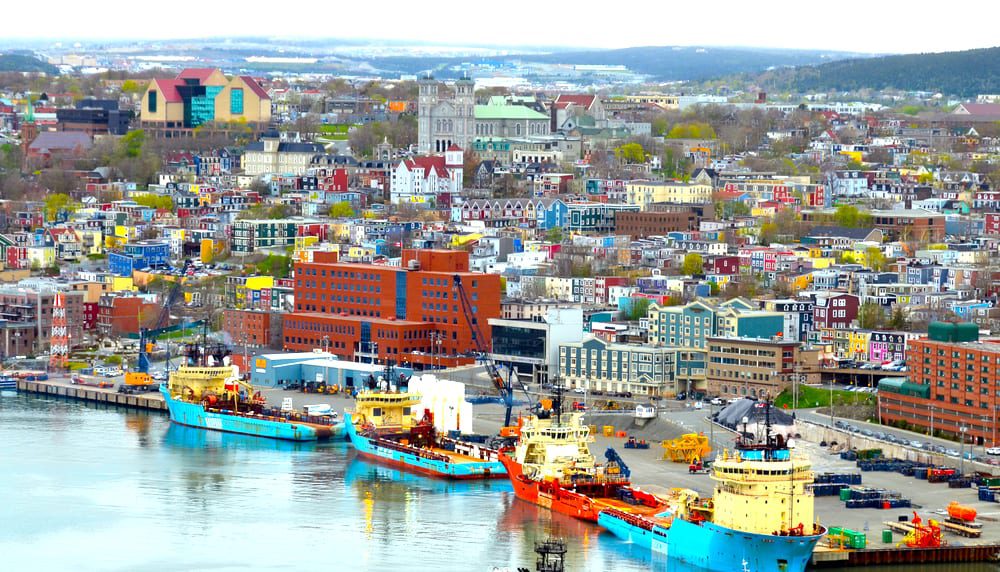 The oldest city incorporated in Canada in 1975 was St. John city in the province of New Brunswick. It is situated in the gorgeous bay of Fund. This city is widely famous for its bright colored row houses and also it is one of the popular attractions for the tourist.

The Jellybean Row, as what the natives call it, is a colorful home, not referring to any street in Saint John’s downtown area.

They painted their houses with bright colors to maintain its beauty despite the foggy weather. Each house can be seen with unique colors. Walking tour in St. John is definitely an experience that is impossible to forget. 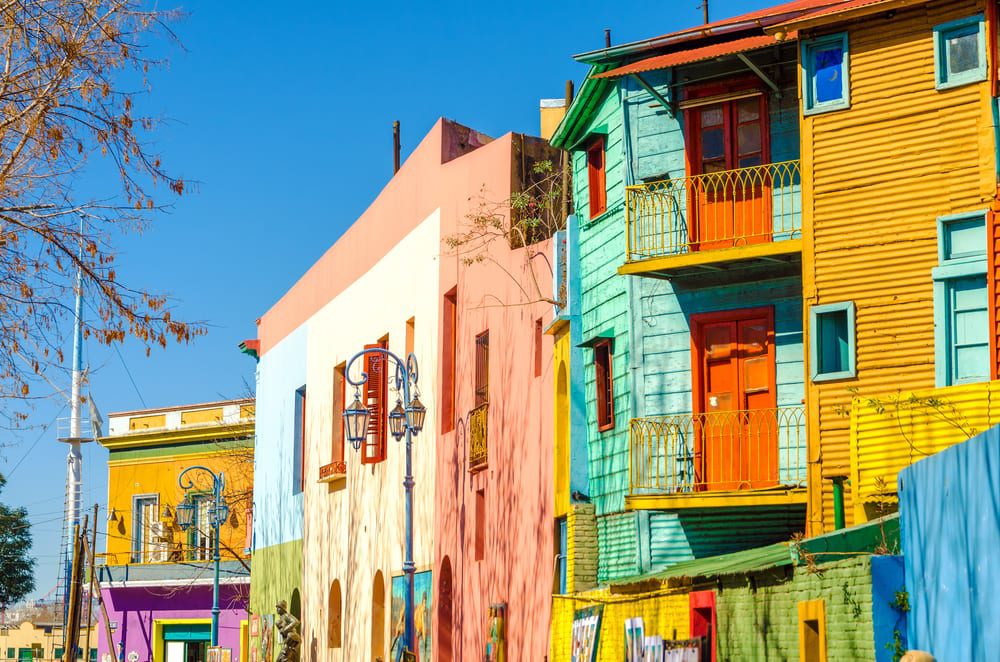 In Buenos Aires, a neighborhood is known for its traditional wooden, colorful houses with friendly pedestrian paths called La Boca. There are numerous artist colonies in this place wherein they perform various art forms and utilize the multicolored wooden houses as an element for their background.

The “Tango dance” is one of the main attractions in this city that’s why you will get to see tango dancers much in every corner of La Boca. They’re also famous for their grand exhibition of paintings and photographs. 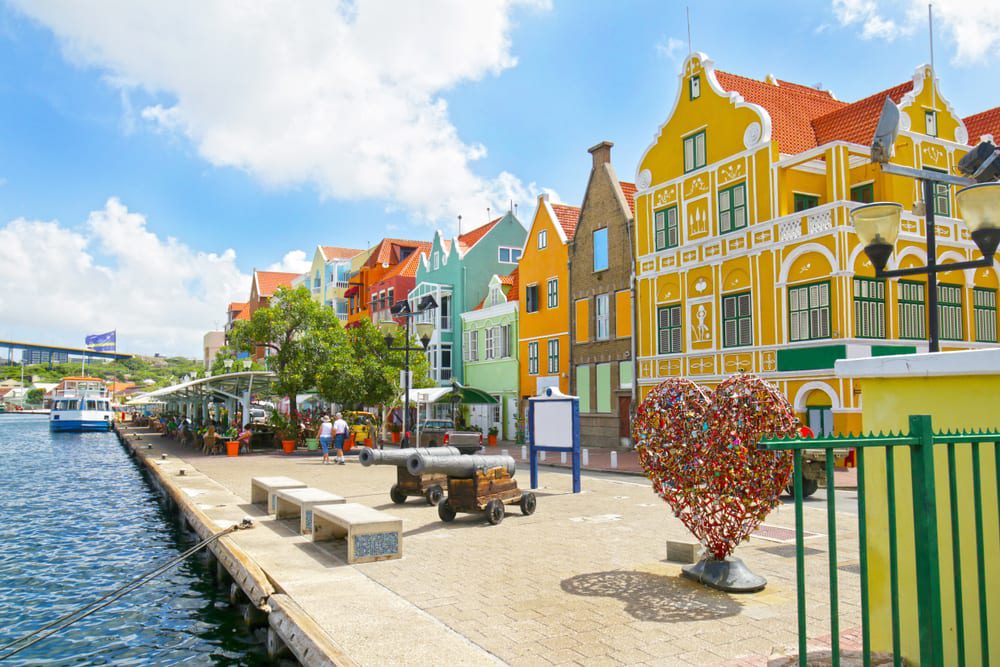 A city of world heritage and capital of Curacao is the Willemstad. The downtown city is full of history and exhibits colorful private homes, shopping centers, business buildings, and government buildings. With 750 multicolored structures in the city, its waterfront looks fanciful.

General Governor Albert Kikkert started the coloring tradition in this city which also has an interesting tale. In the 19th century, while he was in command, he endured migraine headache and assumed that it was from the sun’s reflection on the white building of Willemstad that triggered this health problem. From then, he ordered to paint all of the buildings in the downtown area with bright colors except white. 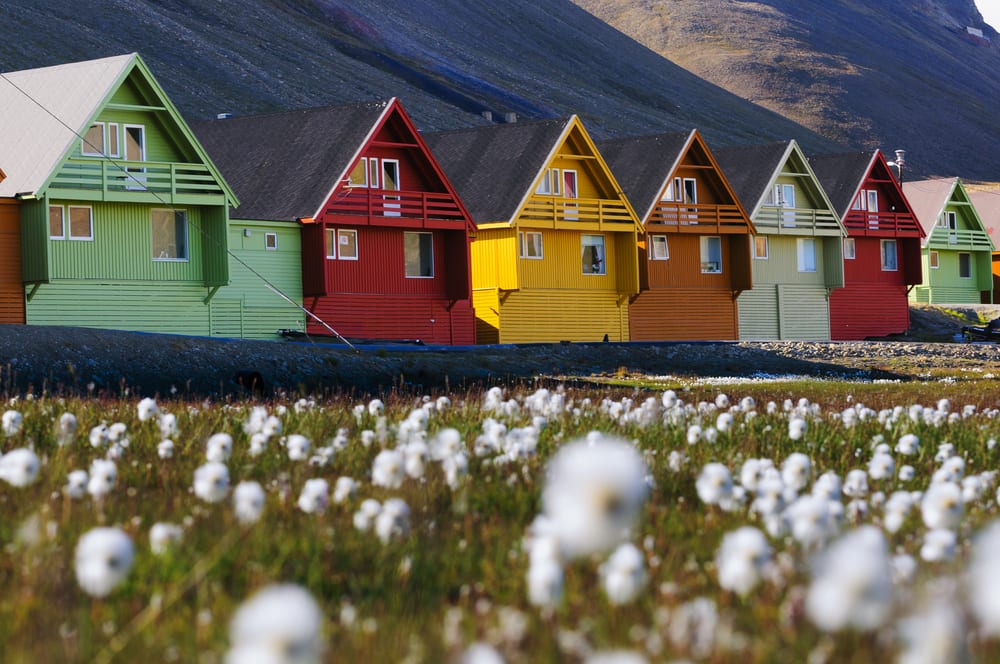 The Longyearbyen is the word’s northernmost town situated in the Norwegian archipelago of Svalbard. The name of this town is derived from John Longyear who initiated Arctic Coal Company in 1906. This place is noted for its wooden colorful houses.

They are created on piles to keep the colorful houses against the permanently frozen ground of the town. The population in Longyearbyen is 2040 and there’s no apparent road connection to this town. The locals go for the snow scooters as their mode of transportation. 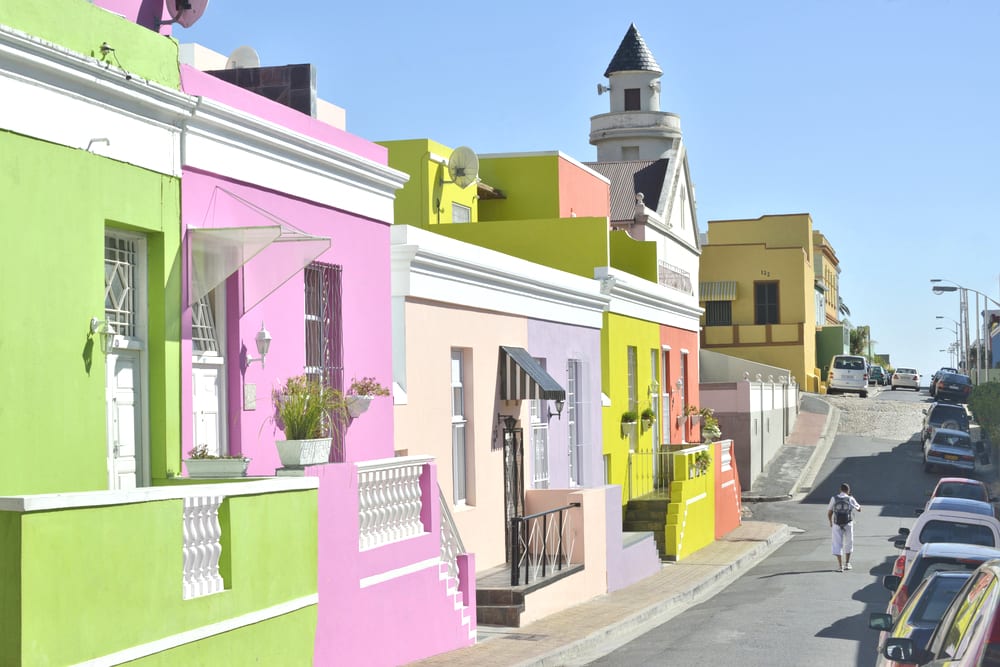 Situated at the foothill of Signal in Cape Town is the colorful and historic suburb of Bo-Kaap. This residential place is famous for its brightly colored homes and a narrow cobblestoned road. Their house features a variety of Dutch and Georgian architectural styles.

Their colorful history ways back during the 16th and 17th century wherein the Dutch imported numerous slave from Indonesia, Malaysia, and other African countries to the Cape Town. They are known as the ‘Cape Malays’. There were numerous houses built during 1970 in the area and it was leased by the slaves. Afterward, they bought and painted their houses with bright colors so as the convey their happiness and freedom.

This Bo-Kaap museum was the oldest building built in the area during 1760. It remained the original form of the museum which also displays the Life of Cape Malays and Bo-Kaap’s history. 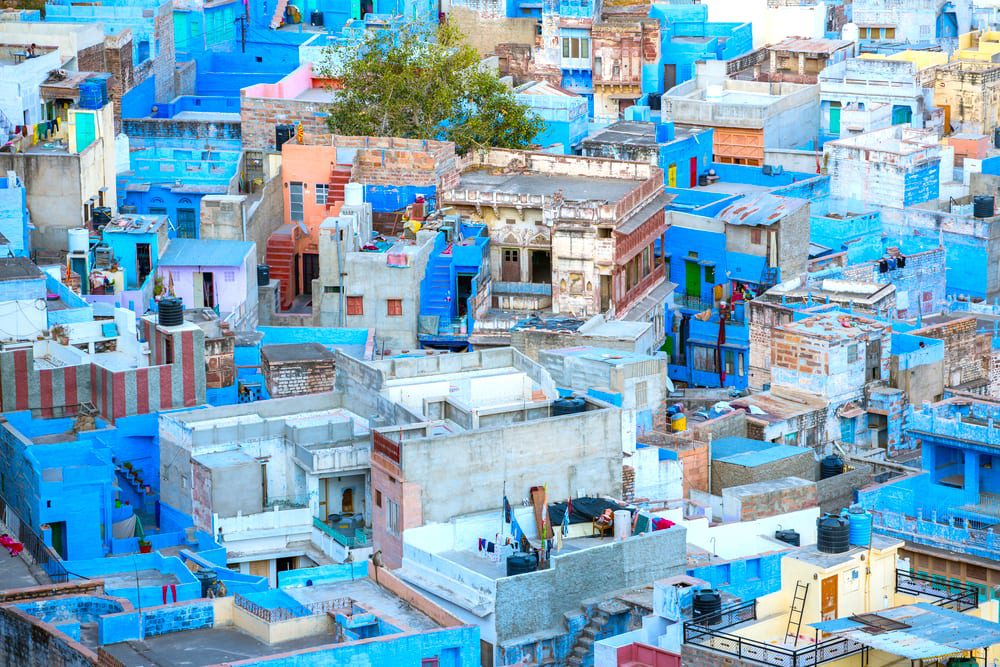 “Blue City” another name for Jodhpur which is the largest second city of Rajasthan. Its name was derived from bright blue-washed homes in the old town. The colorful aged city surrounds the famous Mehrangarh Fort. Over 100 colorful houses are enclosed in the wall of the city.

It was implied that the Brahmins, priestly caste in India started the tradition. The houses are painted with a bright, color blue to differentiate their homes from the other castes But subsequently, other members of different castes in the city followed this tradition also.

Its blueness appears to be a symbol of native’s resilience in contrast to the searing heat of the Thar Desert surrounding in town. The blue painting keeps their homes cool and it prevents mosquitoes as stated by the locals of Jodphur. Their colorful houses are decorated with artifacts and lavish furnishings. 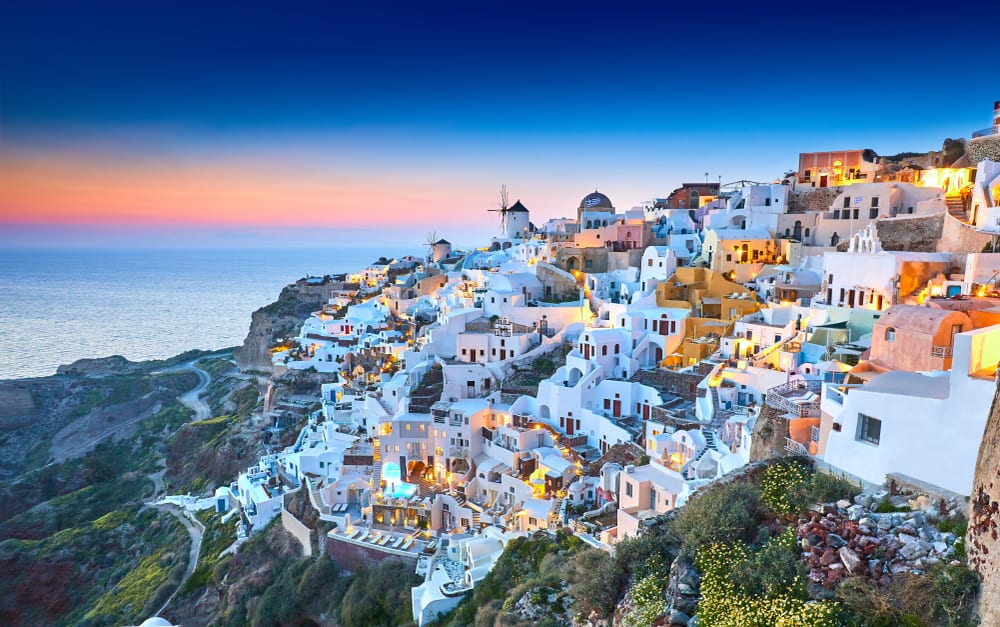 This beautiful island of Santorini is situated in Southeast of Greece with 15 traditional and scenic villages. Its main attraction is the radiant whitewashed houses as well as the narrow cobblestone streets. These unique houses include balconies that view the stunning sunset.

During the 19th century, it was believed that the residents of Santorini started using whitewash to decorate their houses because of its oxidizing properties, durability and it’s cheap. In the course of time, the white coloration turns out to be a trend that gives homogeneity and unique style in Santorini Island. 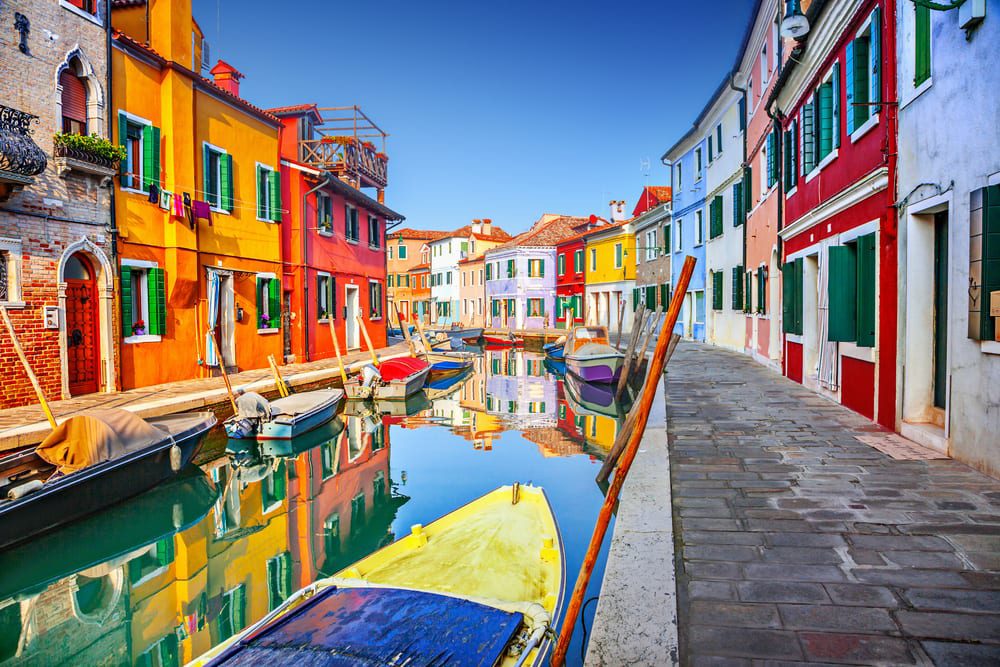 The small island Burano is located in the lagoon of Northern Venetian. The four islands are interconnected by a bridge. The best part of this place is their multicolored houses on any of the canal’s side. The shadow of these scenic houses reflects on the canal’s green water and it absolutely looks as if its a paradise.

In the old days, fishing is the primary livelihood in Burano. The fishermen were having a hard time recognizing their homes due to heavy fog that’s why they painted their house with various colors. This occurrence was believed to have started the coloring custom in Burano.

Nowadays, Burano adopts a certain color scheme and distinct system in painting their houses. For example, if a local wants to paint their house, they need to send the government an official request which then will notify you of the color that you are only allowed to use. 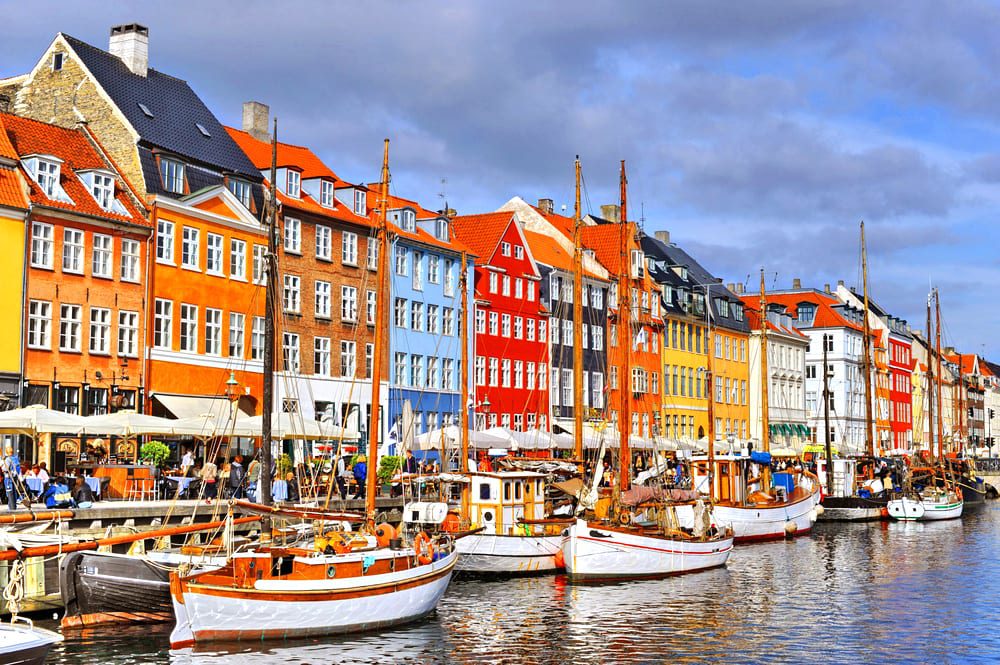 This stunning harbor district has wooden ships and colorful houses on either one side of the Nyhavn canal which is the main attraction. The scenic houses were built way back the 17th century. At present, numerous old houses were transformed into cafes and restaurants.

Built in 1661, this #9 house still maintains the original form and is the oldest in Nyhavn. A lot of houses in this area were occupied by famous Danish artists like house #20 which was once the home of Hans Christian Anderson, a popular Danish author.