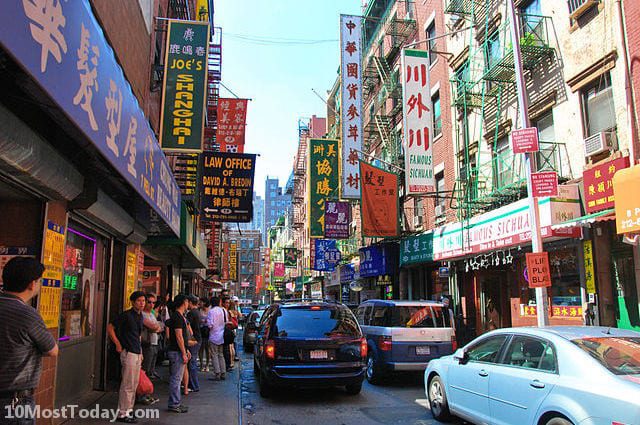 Establishment in 1848, the San Francisco Chinatown is the oldest Chinatown in North America, as well as the largest Chinatown outside of Asia. More tourists visit Chinatown than the Golden Gate Bridge, and enjoy an authentic atmosphere, with temples, theaters, restaurants, antique shops and souvenir shops. The SF Chinatown is also famous for its wonderful Chinese New Year celebrations. The main street is Grant Avenue. Click here for the best attractions in San Francisco 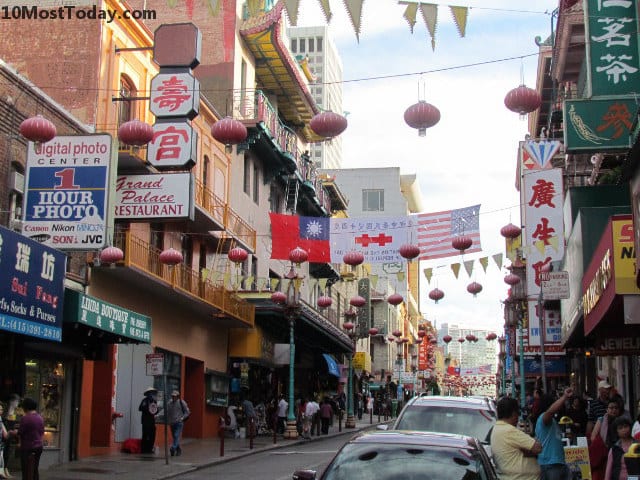 Yaowarat road is home to Bangkok’s Chinatown. It is one of the oldest areas of the city and is a very popular tourist attraction, famous for its many food stalls and restaurants. It is also the center of the gold trade and home to a 200 year old market. Yaowarat road is also the location of Wat Traimit, a temple that holds a 5.5 ton solid gold Buddha statue – the largest solid gold statue in the world. Click here for the best attractions in Bangkok 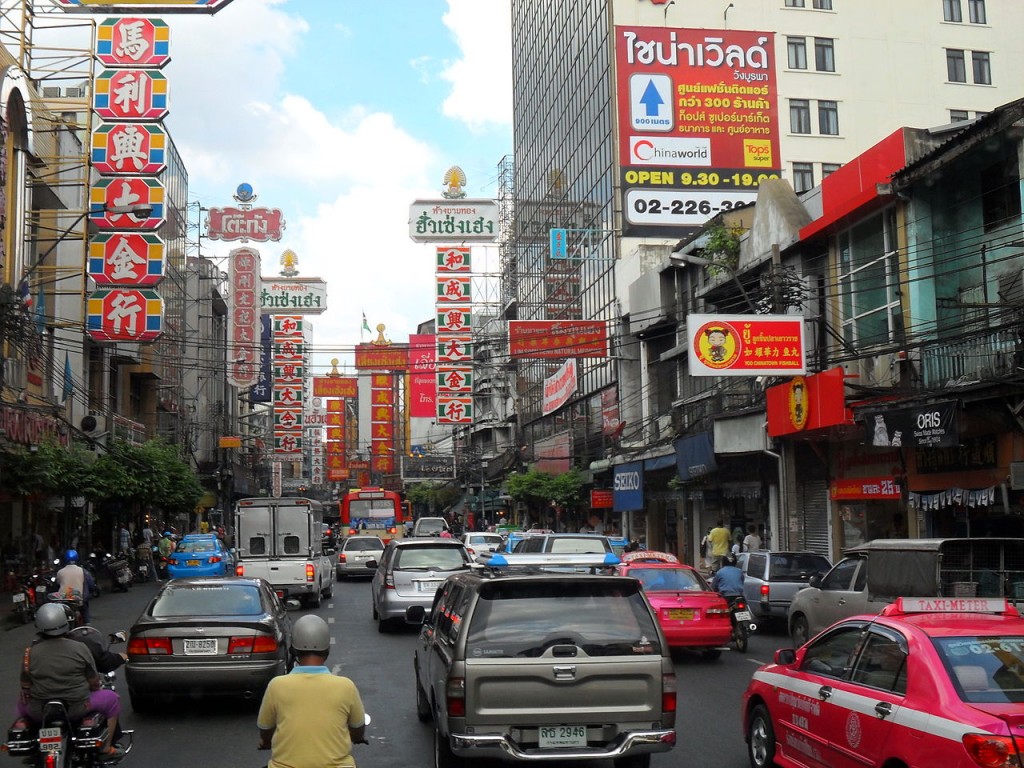 The Chinatown of New York is located in Lower Manhattan. It is the second largest Chinatown in North America after San Francisco, and has an estimated population of 90,000 to 100,000 people. Despite its location in the heart of the Big Apple, it has a true authentic feeling that is hard to come by. With countless tiny restaurants and markets, walking the street of China in Manhattan is a wonderful experience. Click here for the best attractions in New York

The Chinatown of London is located around Gerrard Street in the City of Westminster. It started to form in the 1950s when Chinese immigrants arrived to London, mainly from Hong Kong. Like other Chinatowns, it is famous for its many restaurants and of course, the  Chinese New Year celebrations. Click here for the best attractions in London 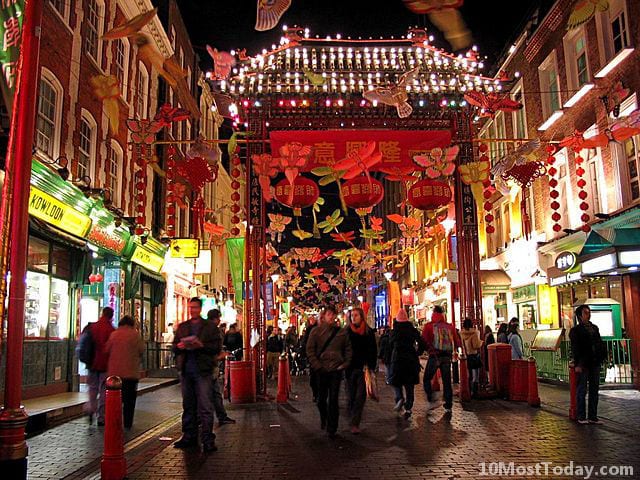 Binondo is known as Manila’s Chinatown. It was established in 1594 which makes it the oldest Chinatown in the world. It was already a center for Chinese commerce even before the Spanish colonial period in the Philippines began. Binondo is the center of commerce and trade of Manila, where all types of business run by Filipino-Chinese thrive 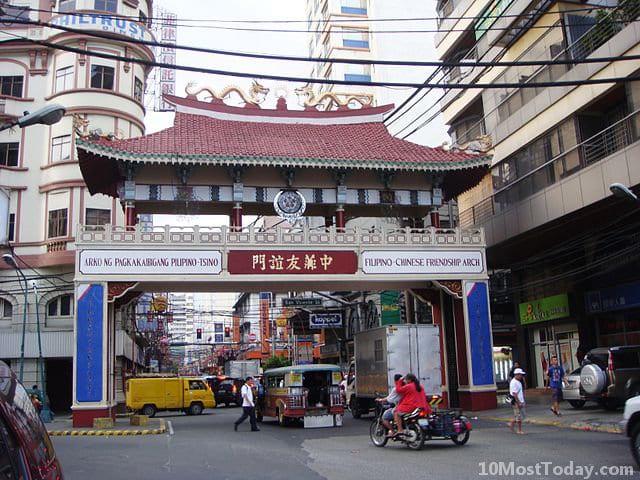 The Filipino-Chinese friendship arch at Binondo, the Chinatown of Manila (source: Ramon FVelasquez)

Located in the district of Outram, the chinatown of Singapore or Niu Che Shui, sits between the skyscrapers of the small city-state and has historical and cultural significance. Large sections of it have been declared national heritage sites which are designated for conservation 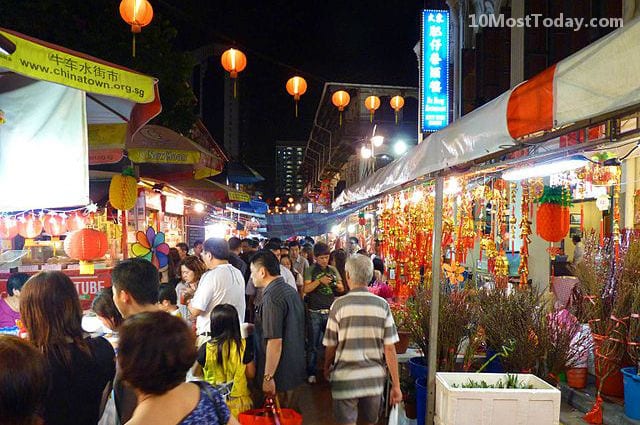 There are about 6 Chinatowns in the Greater Toronto area, but the central Chinatown, which is located in along Dundas Street West and Spadina Avenue in Downtown Toronto, is the largest one, and one of the largest Chinatowns in North America. Like in most Chinatowns, you’ll easily find restaurants, fruit and vegetable stands, Chinese herbalists, but most of all – an authentic atmosphere 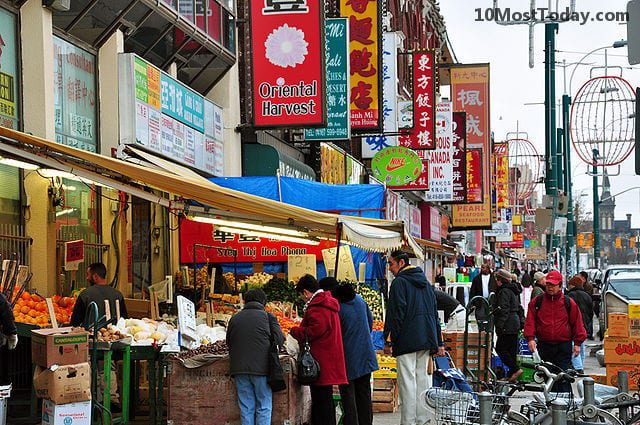 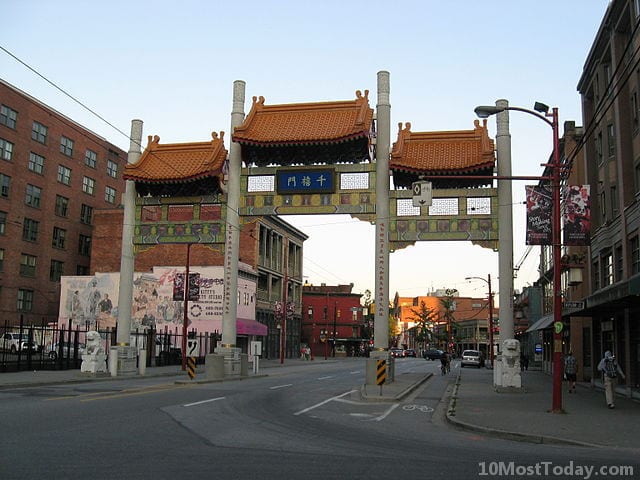 Millennium Gate on Pender Street in the Chinatown of Vancouver (source: MRDXII)

The Chinatown of Melbourne is located at the city center. Formed in the 19th century, it is known as one of the oldest Chinatowns in the Southern Hemisphere. Today the  Chinatown of Melbourne is a major tourist attraction and known for the Chinese New Year celebrations that take place in January or early February,  and for the Asian food festival, that takes place during the Spring 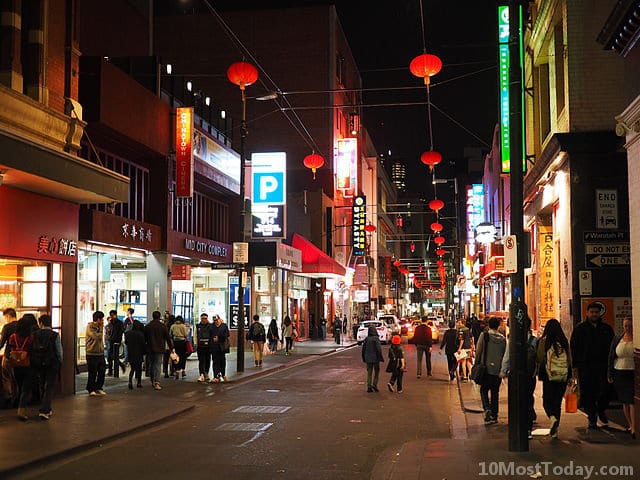 The Chinatown of Paris is officially called the Quartier Asiatique (the Asian Quarter), and is located southeast of the 13th arrondissement. The population of the Chinatown of Paris is about 50,000 people, most of which are Chinese, but there are also large numbers of Vietnamese, Cambodian and Laotian. Click here for the best attractions in Paris 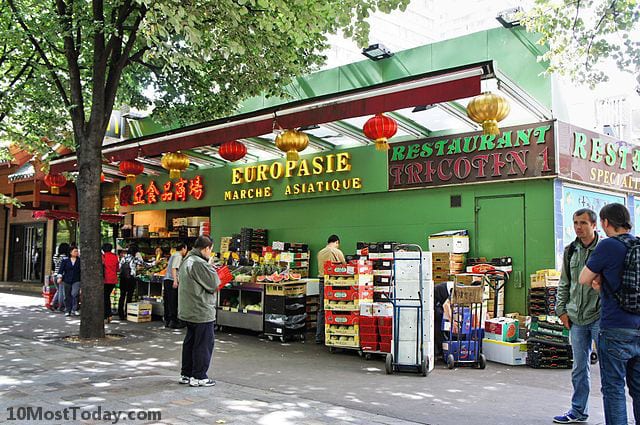