10 Most Famous Man-Made Arches in the World 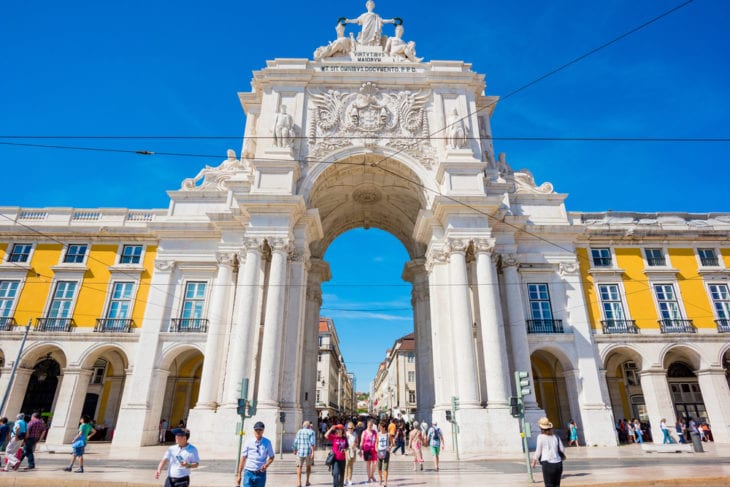 Arch monuments seen around the world are built to honor a remarkable event in history or a famous person. These arches constructed by men became a significant landmark and an excellent attraction for tourists. Here are our ten famous man-made monuments in the world. 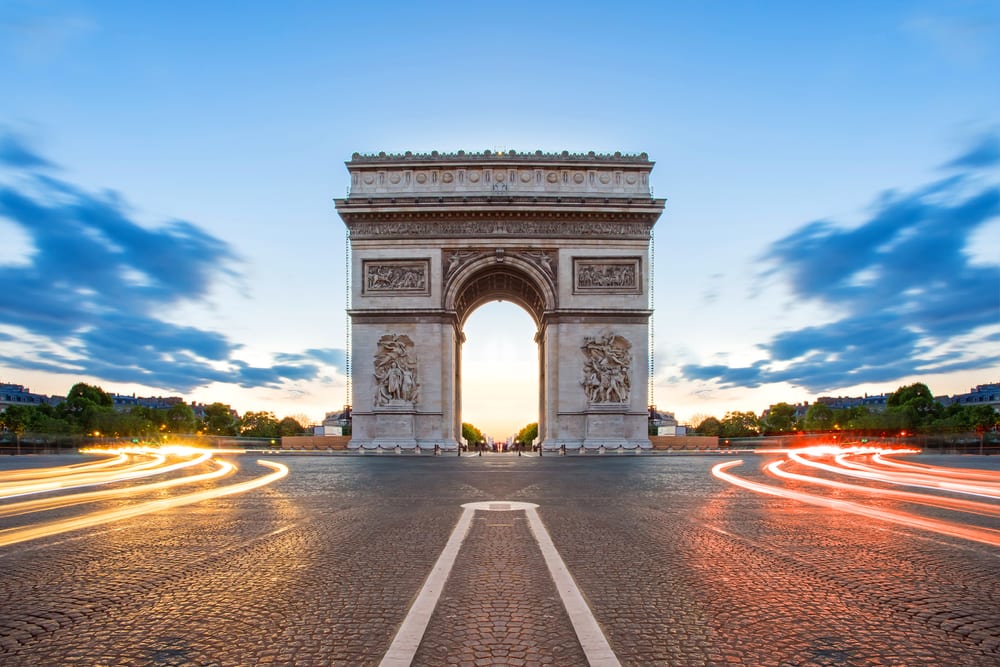 Arc De Triomphe is among the famous landmarks found in the city of Paris, France. It was constructed to honor the fallen soldiers during the Napoleonic wars and the French revolutionary. The names of the heroes and French victories, who fought the wars, were inscribed in the inner wall, as well as in the outer portion. A vault under the monument contained the unknown soldier that died during World War I.

Napoleon Bonaparte, a French emperor, ordered the construction of Arc De Triomphe in 1806 to commemorate the grande armee. In 1805 following the victory of Austerlitz, Napoleon spoke to the grand armee soldiers “You will return home through Arc of Triumph”. On August 15, 1806, the project’s first stone was laid. However, the construction stopped a few times following Napoleon’s abdication, and it was eventually completed in the year 1836. The monument’s height reaches 50 meters, and it features an observation deck for the tourists on the top. 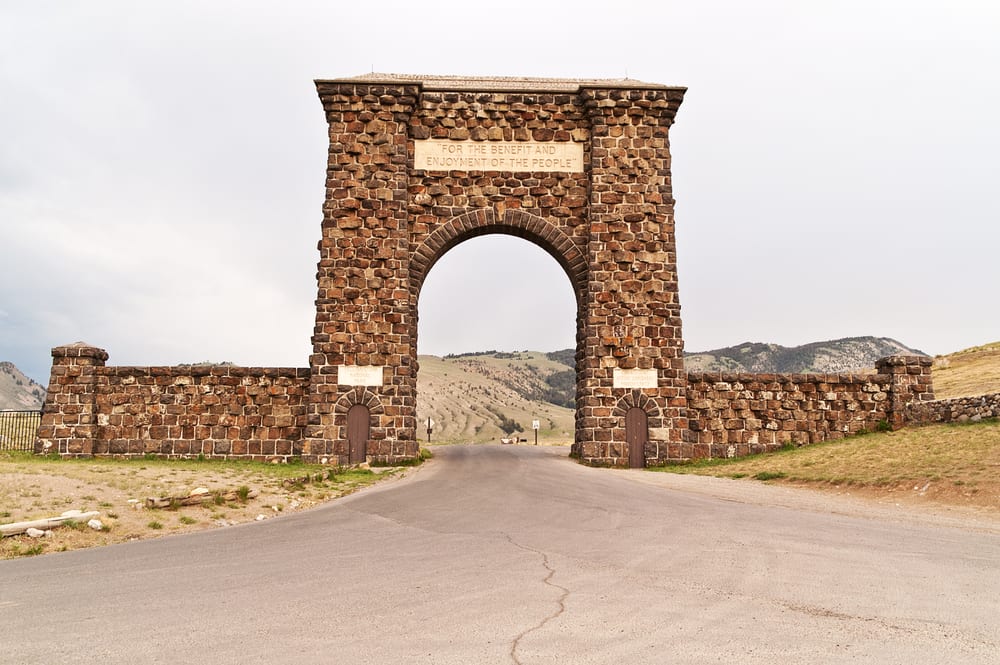 The Roosevelt arch construction began in February 1903, and it was finished in August in that year also. The famous architect Robert Reamer designed the arch. It’s about 50 feet high and as wide as 30 feet. An inscription can be seen by the visitors on top of the arch which says, “For the benefit and enjoyment of people”. 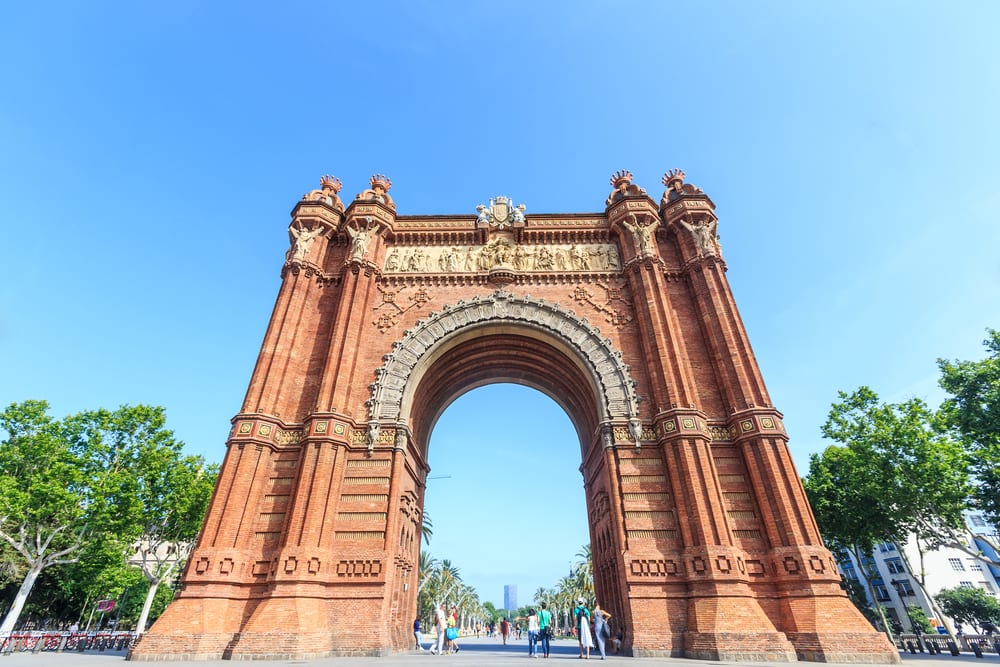 Arc de trio in Barcelona was built in 1888 for the entrance to the word’s exposition, and it was Josep Vilaseca from Catalan who designed the arch. He based his architectural style from Moorish revival. The arch was constructed primarily with the use of red bricks. Its stunning stone carvings makes an impressive appearance on the arch. On the top of the carvings is a stone sculpture that says ‘Barcelona rep les nacions’, a Catalan language for ‘Barcelona welcomes the Nations’. 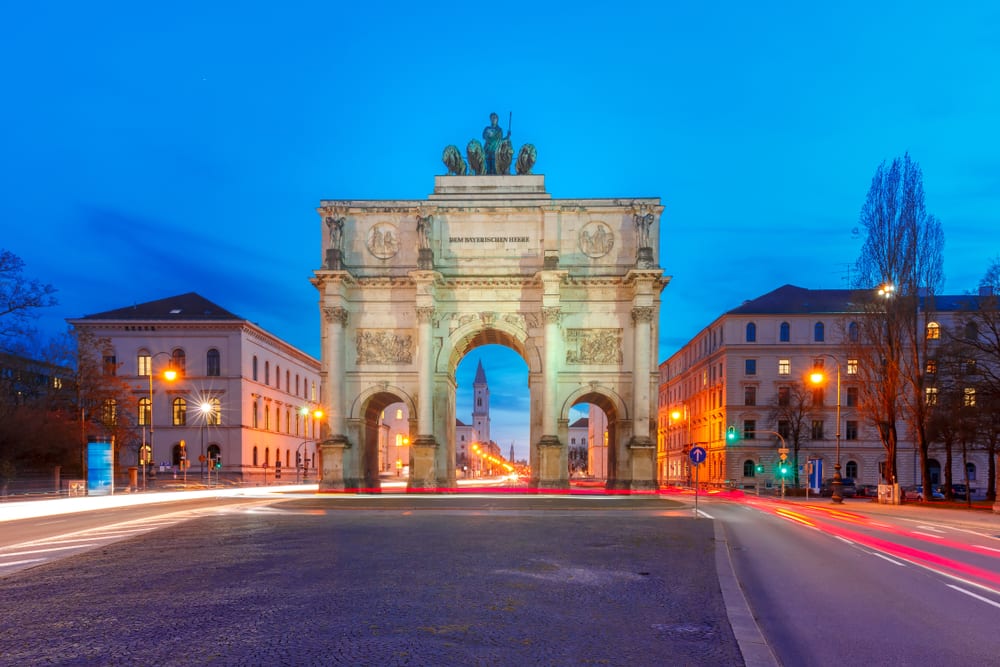 Located in Munich, Germany is the triumphal arch called Victory gate or the siegestor. It was built in commemoration of the Bavarian army’s bravery and success in the liberation of Napoleonic War. However, this gate served as their symbol for peace.

The ruler of Bavaria King Ludwing I built the Victory gate between 1843-1852. The triumphal arch design is consists of a large central arch and a small arch on both sides. Resting on top is a chariot hauled by four lions which symbolize the army’s victory.

The Triumphal arch in Pyongyang is the world’s second-largest arch with a height of 60 meters and as wide as 50 meters. This arch was built in 1982 to commemorate the Korean independence movement that gained its freedom from Japan in the year 1925-1945. The dates written on either side of the arch were dedicated to President Kim II-Sung of North Korea for his part in the independence of Korea. ‘Song of General King II-Sung’ was also written in the arch’s middle part. The monument has observation platforms and plenty of rooms. 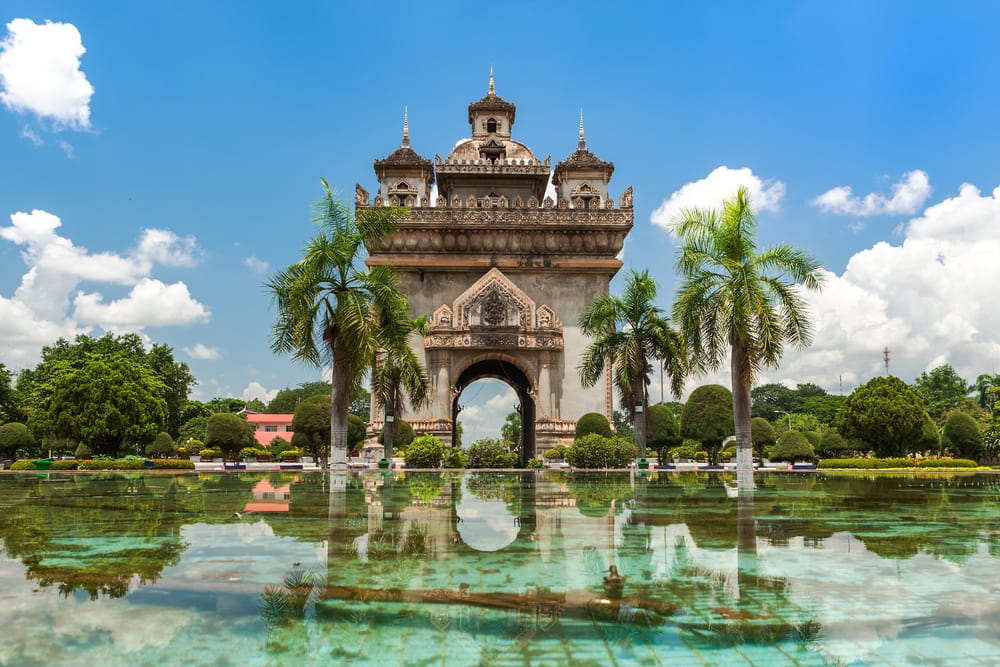 The Patuxai, situated in Vientiane, Laos, is also known as the victory gate or gate of triumph. It was dedicated to the people who sacrifice their lives to gain their freedom from France. The Patuxai was designed by a Laotian architect, Tham Sayasthsena. Its construction began in the year 1957 and was finished in 1958. The Patuxai includes gateway on the four corners and their design that consists of naga king statues, which is the country’s mythical symbol.

The lotus leaves on the exterior and stupa towers add attractiveness to the Patuxai. A museum on the monument’s second floor shows the pictures of the heroes who shed blood for their country. It was provided with a gallery that has a magnificent view of its city. 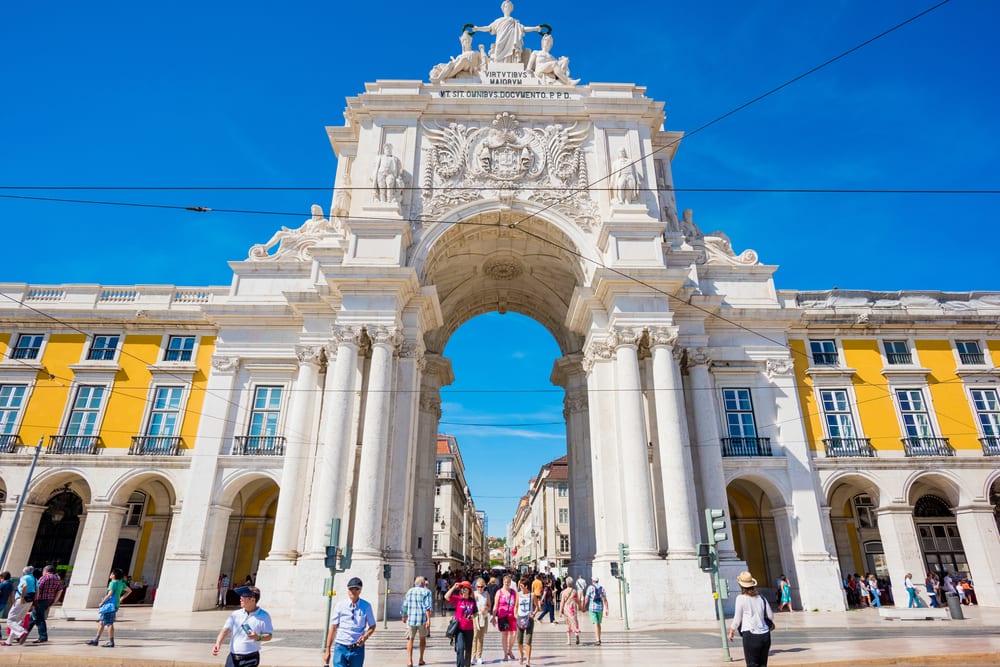 Rua Augusta Arch is among Lisbon’s primary tourist attractions built in 1755 but was finished only in 1875 in commemoration of the city’s reconstruction after the 1755’s major Earthquake. The arch consists of six columns wherein each one has statues of a historical figure. On the top, tourists can have an excellent panoramic view of its city. 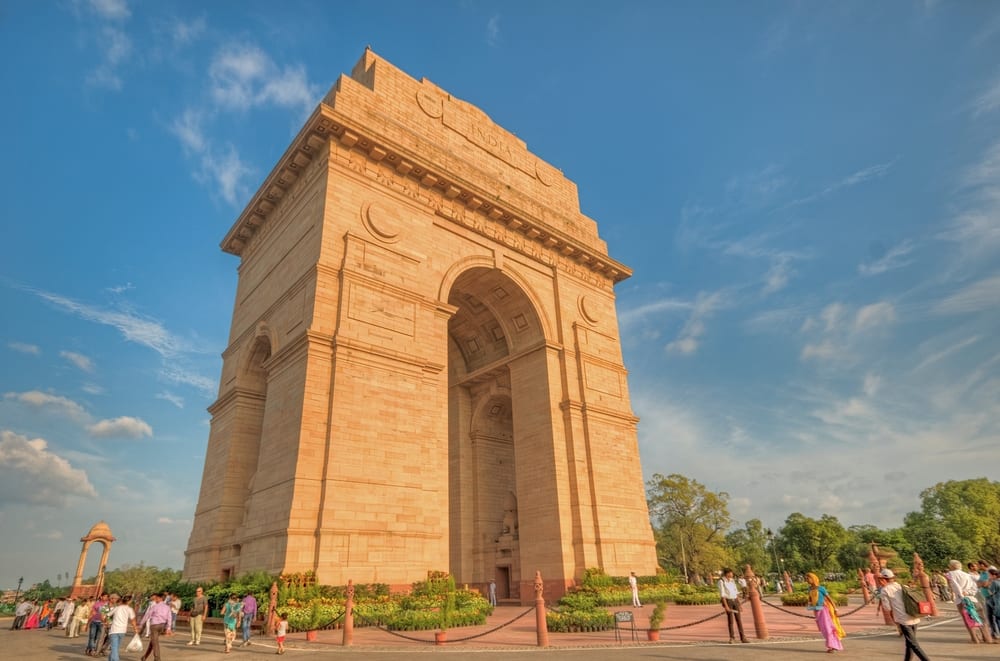 India Gate in New Delhi is among the most exceptional landmarks. It is known as ‘All India War Memorial’, dedicated to the brave soldiers who sacrificed their lives battling for the British in World War I.

Inscribed on the India Gate are the 70000 names of Indian soldiers.

Nowadays, the monument serves as a tomb for the unknown soldier, pertaining to soldiers who died during the war. It also serves as the site for Amar Jawan Jyoti, in order to remember those soldiers who ended up their lives during the 1972 battle of Indo-Pakistan.

Prime minister Indira Gandhi opened the Amar Jawan Jyoti on January 26, 1972. The Flame under the India Gate blaze all through the night and day in memory of the1971 great martyrs of Indo-Pak war that risked their lives for the pride of India. It started in the year 1921, and it took about ten years to complete, which eventually opened on February 12, 1931. Nowadays, it is among the primary tourist attractions in New Delhi, which illuminates every night. Every January 26, republic day parade passes through the India Gate.

9. Arch of Cinquantenaire in Belgium

This massive arch originally was planned to pay tribute for Begian’s 50 years of independence in the year 1880. However, its construction was delayed and took an additional 25 years to be completed which was inaugurated in 1905. Initially, it was designed with a temporary wooden form, but then conflict arose between the Government and King Leopold about the arising fund concerning the permanent arch stone. The quadriga sculpture is situated at the top of the arch, which represents ‘Brabant raising the national flag’. 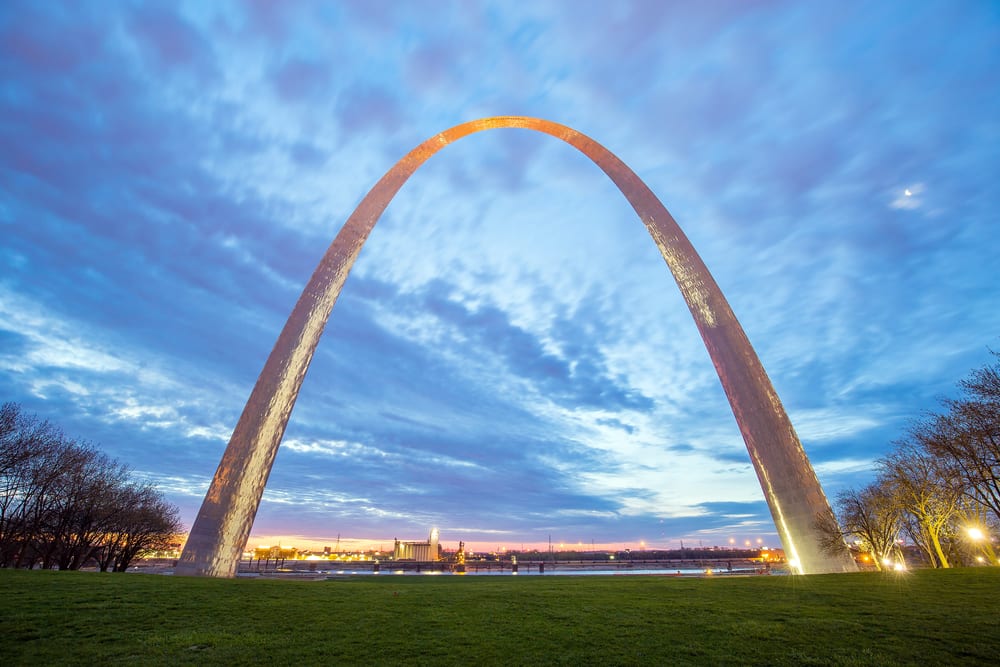 The U.S tallest monument is the Gateway arch which was built in 1963 and was finished in 1965 in honor of the United States Westward expansion. Finnish-American Eero Saarinen is the architect who designed the Gateway Arch. Nowadays, this monument draws attention to about 4 million tourists each year.

This arch was put together using a 12-foot prefabricated steel in 142 various sections. It contains 1957 steel and 2357 concrete.

This monument has a one-of-a-kind tram system which transports the visitors to the top of Gateway arch. Its observation deck provides a 30 miles view in any direction.