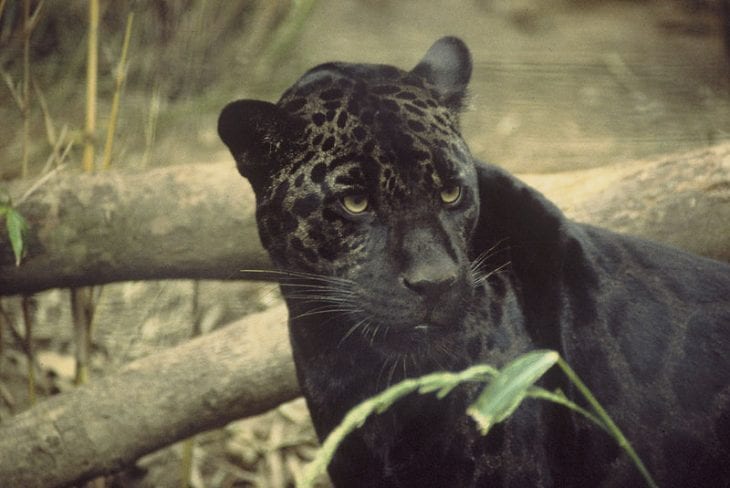 The Amazon Rainforest is home to some of the most incredible creatures on the Earth. The tropical conditions of the rainforest allow these animals to thrive and completely transform the Amazon. From giant river otters to a variety of poisonous frogs, these colorful animals roam in some of the most untouched parts of the rainforest, isolated from the rest of the world.

The Amazon Rainforest is so large that it touches 9 countries in South America. Brazil is the primary home for the Amazon while Colombia, Per, Venezuela, Ecuador, Bolivia, Guyana, Suriname and French Guiana all contain a percentage of the natural wonder. When roaming the Amazon you’ll hear a variety of calls and noises from animals of all species and though you may not see all of them, they will certainly see you in the 2,124,000 square miles of forest. Check out our 10 Most Incredible Animals Found in Brazil’s Amazon Rainforest below.

Jaguars are known to populate remote regions of South America. The black jaguar is a very rare animal to see but they can be found in the Amazon. Black jaguars are a result of mutations but for the most part Jaguars share similar patterns to leopards. They are fierce yet majestic animals and one of the wonders of the Amazon Rainforest. 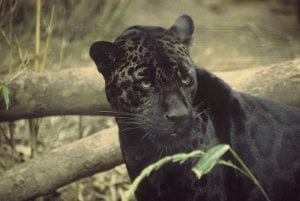 Piranhas are some of the most feared fish in the Amazon. For the most part, these fish may seem harmless but they pack most powerful bites for vertebrates. A school of piranhas can rip an animal or human to shreds in seconds because of their razor-sharp teeth designed to rip and tear at flesh. If you thought sharks were bad, a school of piranha could be much worse. 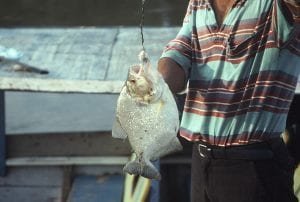 We’ve all seen science fiction movies that tell tales of huge over-sized spiders. Well, the Goliath Birdeater spider is what nightmares are made of. These huge spiders can grow to be the size of a puppy as some scientists found out during a trip to Guyana. These spiders are rare but they do exist in parts of the Amazon Rainforest. Imagine waking up to one of these at night. 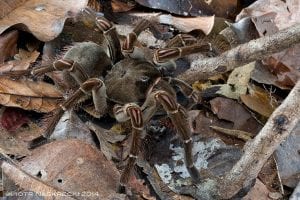 While on the subjects of creepy crawlies, the Peanut Head bug or Fulgora laternaria is one of those insects that would throw you for a loop. These bugs can grow to a length of 85–90 mm and gets their name from literal peanut shape of the head. They do have wings so it wouldn’t be too surprising to see them flying around the Amazon. 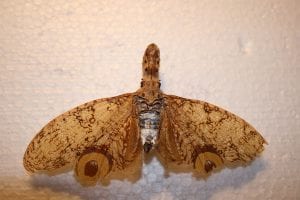 Glass frogs are natives to Central and South America and are found in the Amazon Rainforest. This is another creature whose name is a pretty literal indication of a physical feature. The transparent property of the glass frog skin allows you to see through to its organs including the beating red heart. 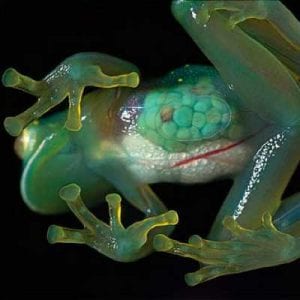 While the Amazon is home to some pretty creepy animals, there are also a couple of friendlier species like the Amazon River Dolphin. These dolphins use echolocation and are pretty free spirited animals. They do have a playful personality and natives have said that they have mystical powers. 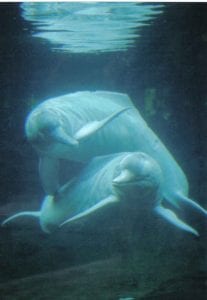 Who could resist adorable creatures like the otter. Well, if you want to see a super-sized version of the furry creatures, the Amazon might be your best bet. Giant Otters are found in the Amazon Basin and they are very rare. Pollution to the Amazon is causing some of these animals to disappear because they need clean, untouched water to survive. Giant Otters love hunting for fish and sunbathing of course. 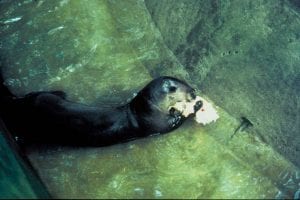 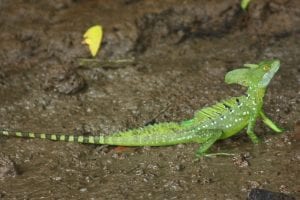 If you’ve seen the film Anaconda, chances are you won’t want to bump into one of these snakes in real life. Anacondas are some of the largest snakes in the world in weight and length. They are fierce predators who can swallow almost anything whole. They are found throughout the Amazon and you’ll want to tread lightly if you see one near. 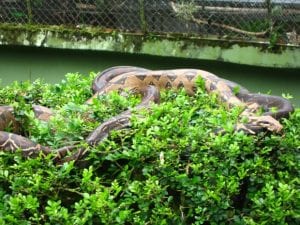 While Toucan Sam might be the most famous of all toucans, these remarkable birds are beautiful. The large beaks and plentiful colors make for a bright and lively looking bird. Some of the bills can grow to more than half the total length of their body making for a strange, and oddly proportioned body. 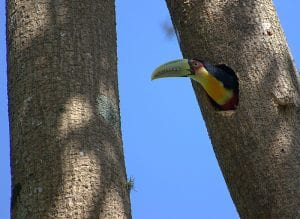